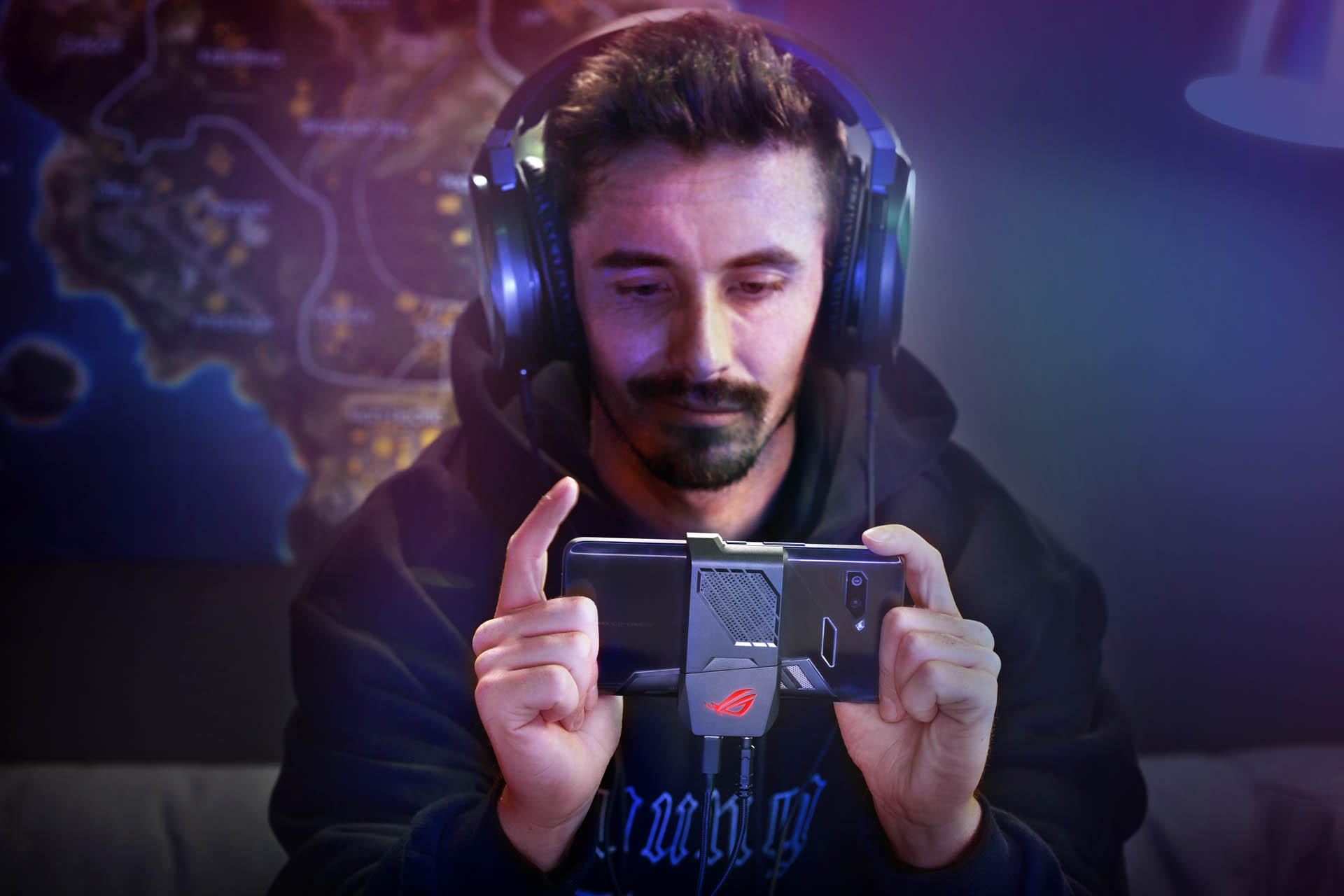 Announcing their ROG (Republic of Gamers) Android based phone, where it debuted at Computex 2018, the 6 inch smartphone is designed specifically for gaming.

With pure ROG gaming DNA at its core, and powered by the world’s fastest speed-binned 2.96GHz octa-core Qualcomm Snapdragon 845 Mobile Platform with gaming-optimized Qualcomm Adreno 630 GPU, the ROG Phone breaks every rule and goes where rivals fear to tread.

ROG Phone is built to win with its unique GameCool vapor-chamber cooling system, with a detachable AeroActive Cooler for an extra cooling boost. The smartphone is also able to sustain blur-free high frame rates in the heat of battle, while its no-compromise AMOLED display blends a blazing 90Hz refresh rate and 1ms response time with gorgeous HDR visuals. The ultra-comfortable design of the ROG Phone includes unique side-mounted ports, and the enhanced, ultra-responsive game controls, including two programmable ultrasonic AirTriggers and advanced force-feedback haptics to let gamers focus all their skills on the game, giving them the edge they need for total domination. 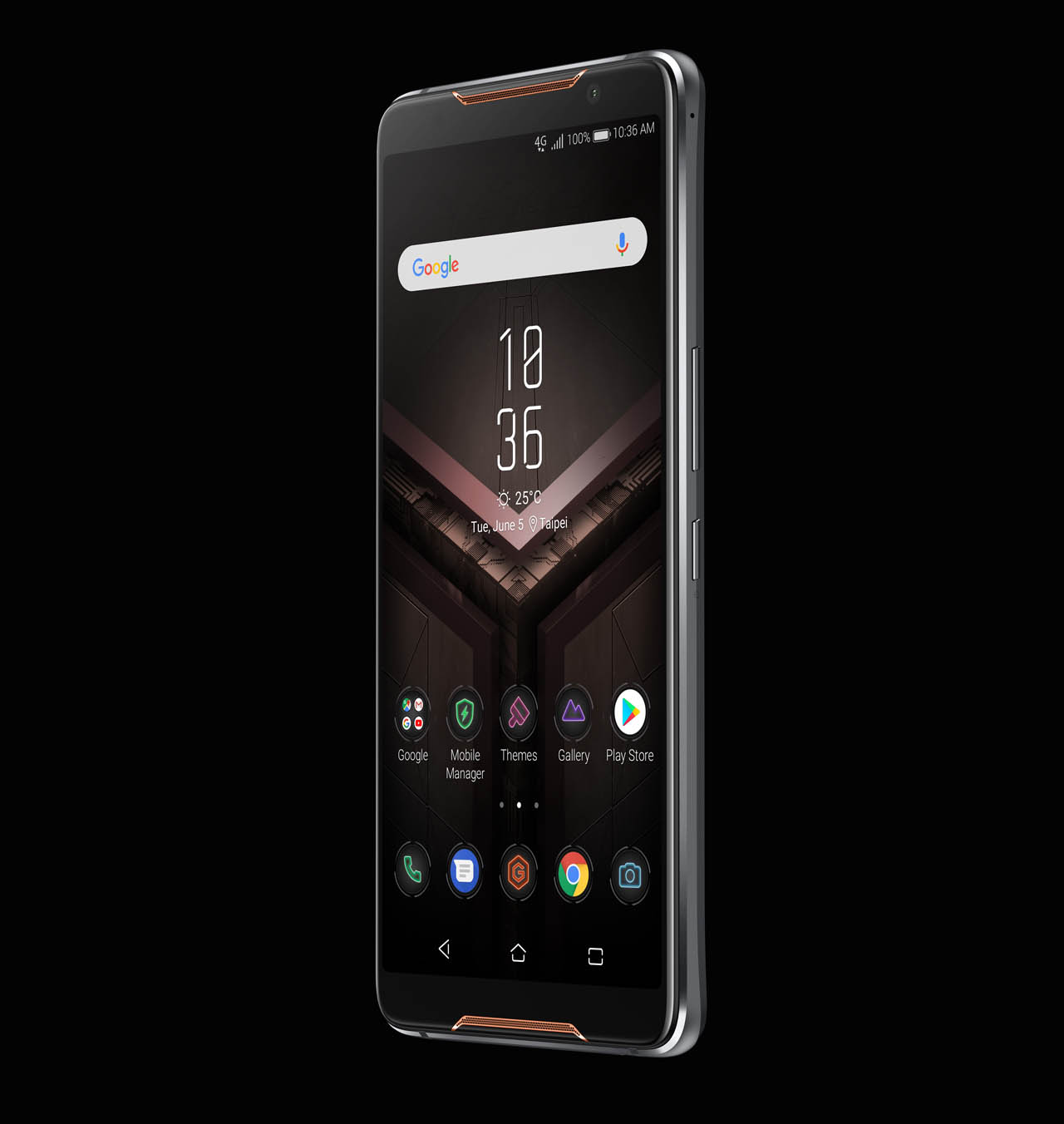 “Qualcomm Technologies and ASUS have enjoyed great successes over many years and we are thrilled to be at the core of their newest cutting-edge device, the ROG phone,” said Don McGuire, vice president of global product marketing, Qualcomm Technologies, Inc. “Our entirely re-architected Snapdragon 845 Mobile Platform with the gaming-optimized Adreno 630 GPU is designed for speed, minimizing thermal throttling and maximizing battery efficiency so users can play longer.

Snapdragon 845 is engineered to deliver users an unparalleled gaming experience; supporting exceptional performance, fast and smooth graphics, and Gigabit speeds whether on LTE or 802.11ad Wi-Fi.” 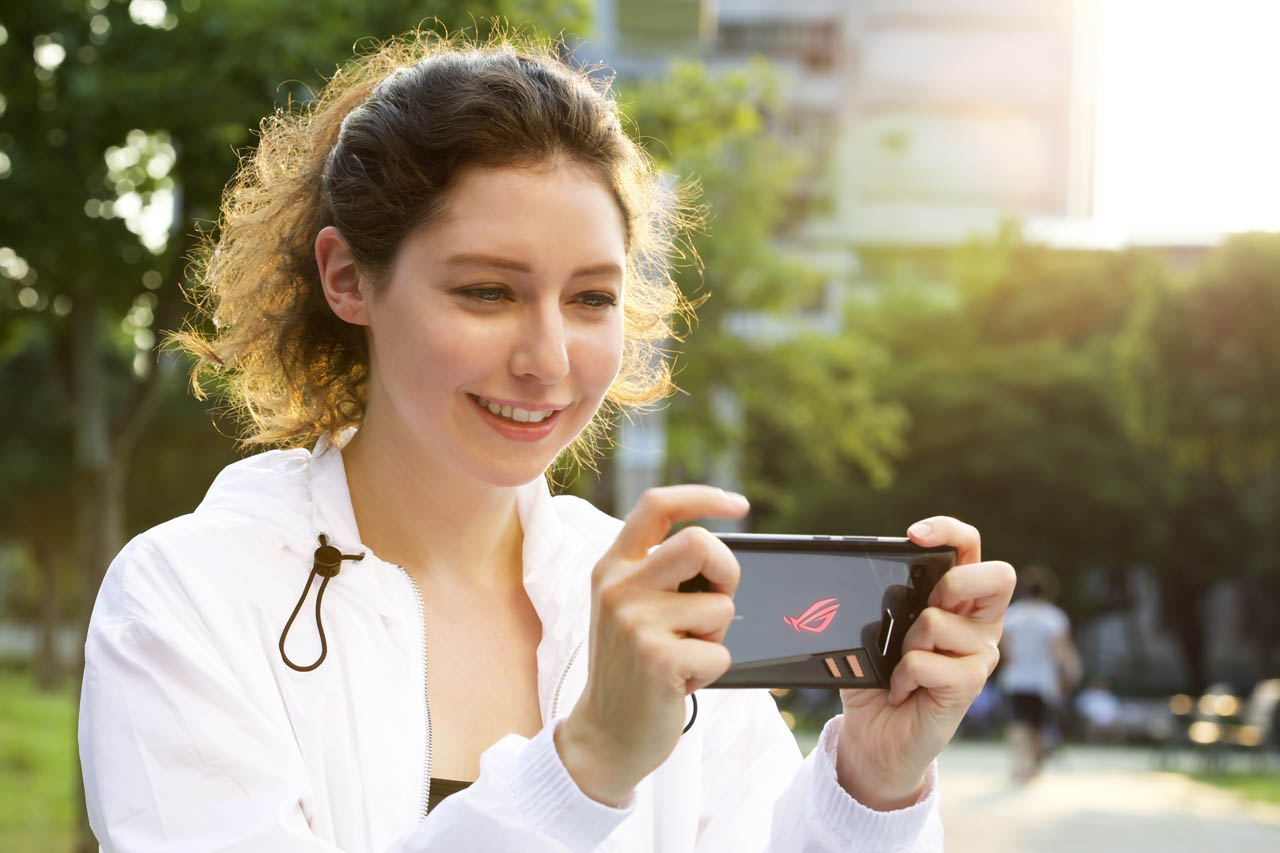 Designed and built to uncompromising ROG standards, ROG Phone takes mobile gaming performance to the next level, with each and every component optimized for a lag-free, responsive experience. Each specially selected octa-core Snapdragon 845 Mobile Platform is speed-binned for maximum performance, delivering the world’s fastest sustained clock speeds of up to an incredible 2.96GHz and the gaming-optimized Adreno 630 GPU is a graphics powerhouse, with performance outstripping the previous generation by up to 30%. This power is complemented by up to 8GB of RAM and a massive up to 512GB of onboard ROM storage.

A high-end phone running graphics-intense, fast-paced AAA action games can generate a killer amount of heat. As well as being uncomfortable to hold, a hot phone is a slow phone: thermal throttling can bring even the fastest CPU to its knees. ROG Phone is built from the ground up to run smoothly even when the action gets frenetic: its exclusive GameCool system features highly efficient 3D vapor-chamber cooling inside that provides a 16X-larger surface area for heat dissipation than a standard heat-pipe cooling system. This cooling system is enhanced with a copper heat spreader and carbon cooling pads on the circuit board for maximum cooling performance. 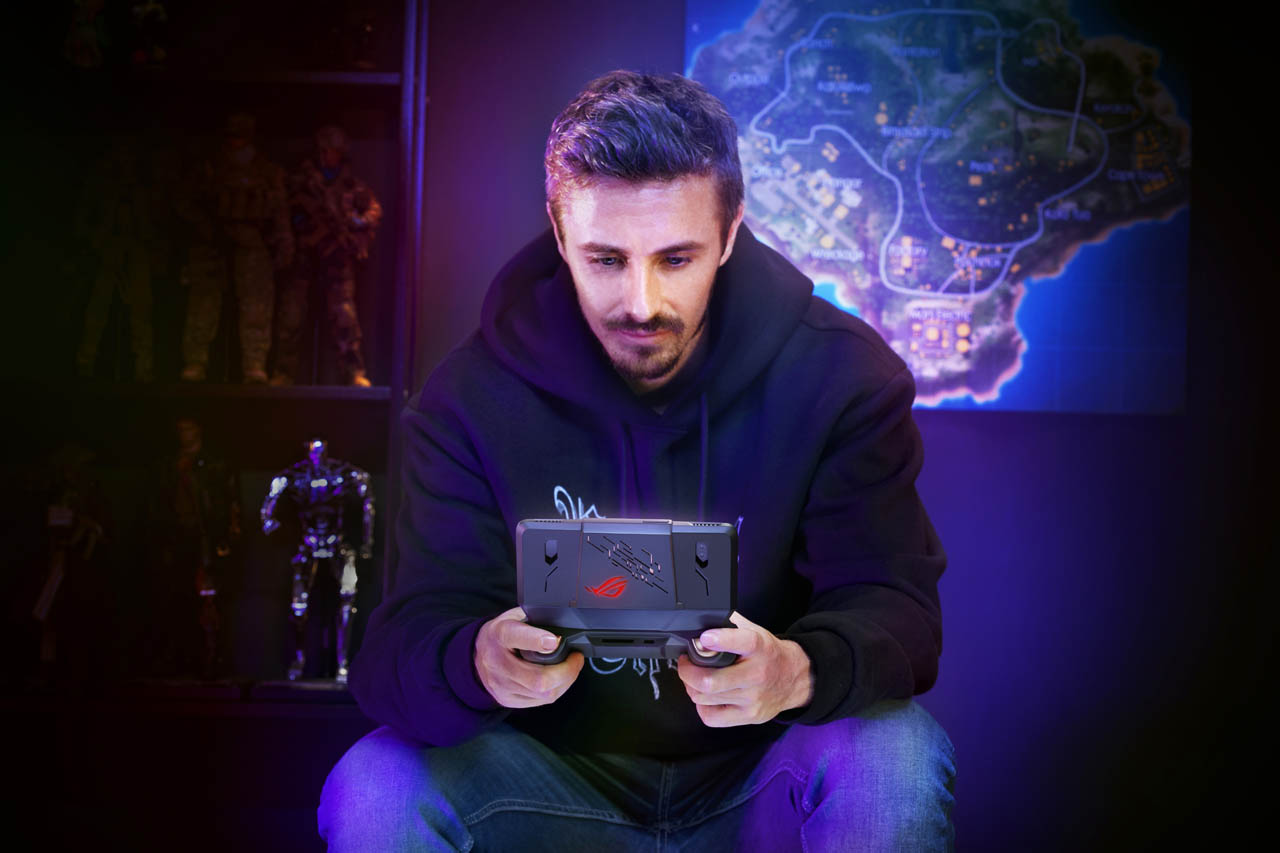 The end result is a superb cooling system that enables sustained clock speeds up to 50% faster than a standard smartphone CPU, and which can achieve peak clock speeds for 5X longer than a conventional cooling system. There’s also a detachable external AeroActive Cooler for an extra cooling boost when the going gets really tough. With GameCool, hot hands and spoiled games are a thing of the past.

ROG Phone delivers consistent, smooth and stable frame rates with no lag, even during the toughest marathons. And since performance means nothing if the internet connection is slow, ROG Phone also packs ultrafast wireless connectivity in its inventory, including Cat 16 LTE and the latest gigabit-class 60GHz 802.11ad Wi-Fi.

It’s easy for users to get optimum gaming performance on ROG Phone with the special X Mode. Just a single tap frees up all background RAM and dedicates it to games, optimizes game-data processing performance, and maximizes the efficiency of the AeroActive Cooler. X Mode also prevents RAM-eating and battery-sapping app activity, based on a customizable list of apps. 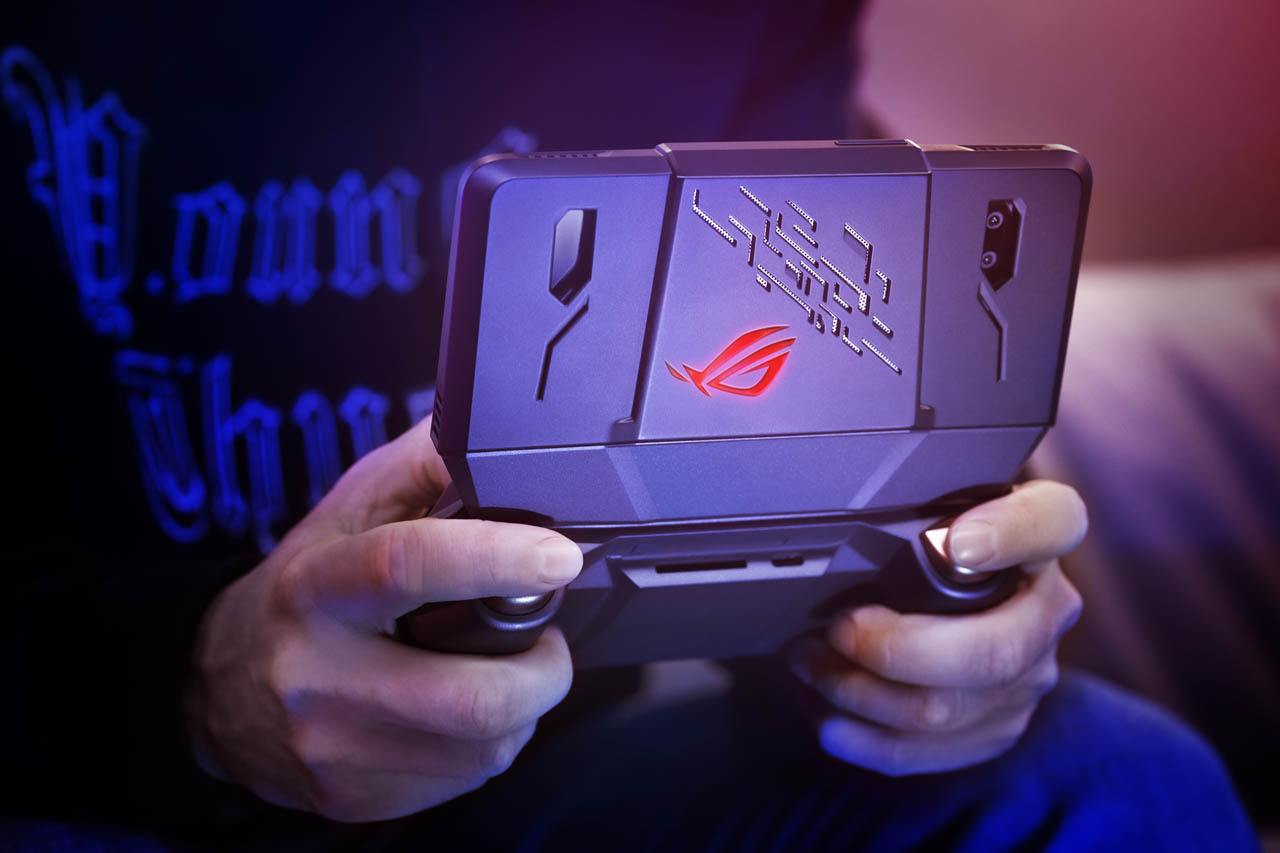 The ultimate gaming phone deserves the ultimate display, something that the ROG gaming heritage is uniquely qualified to deliver. ROG Phone uses an ultrafast AMOLED display with a 90Hz refresh rate and a jaw-dropping 1ms pixel response time for blur-free visuals that are as smooth as silk. With a wide 108.6% DCI-P3 color gamut, colors are incredibly vivid too, so game worlds look as glorious as they were intended, and high-dynamic-range (HDR) visuals with a 10,000:1 contrast ratio help reveal every hidden detail in the shadows.

In any game, precise control is the key to victory, but the lack of physical buttons on phones all too often compromises gameplay. ROG Phone is designed to give gamers total control and a more console-like experience, with three unique ultrasonic AirTrigger touch sensors.

Two of these ultra-responsive sensors are optimized as left / right triggers at the top of the display for landscape-mode gaming (the third is designed for use in portrait mode), and they’re fully programmable to activate any available on-screen action: aiming, firing, inventory selection — in fact, anything that normally requires a screen tap. 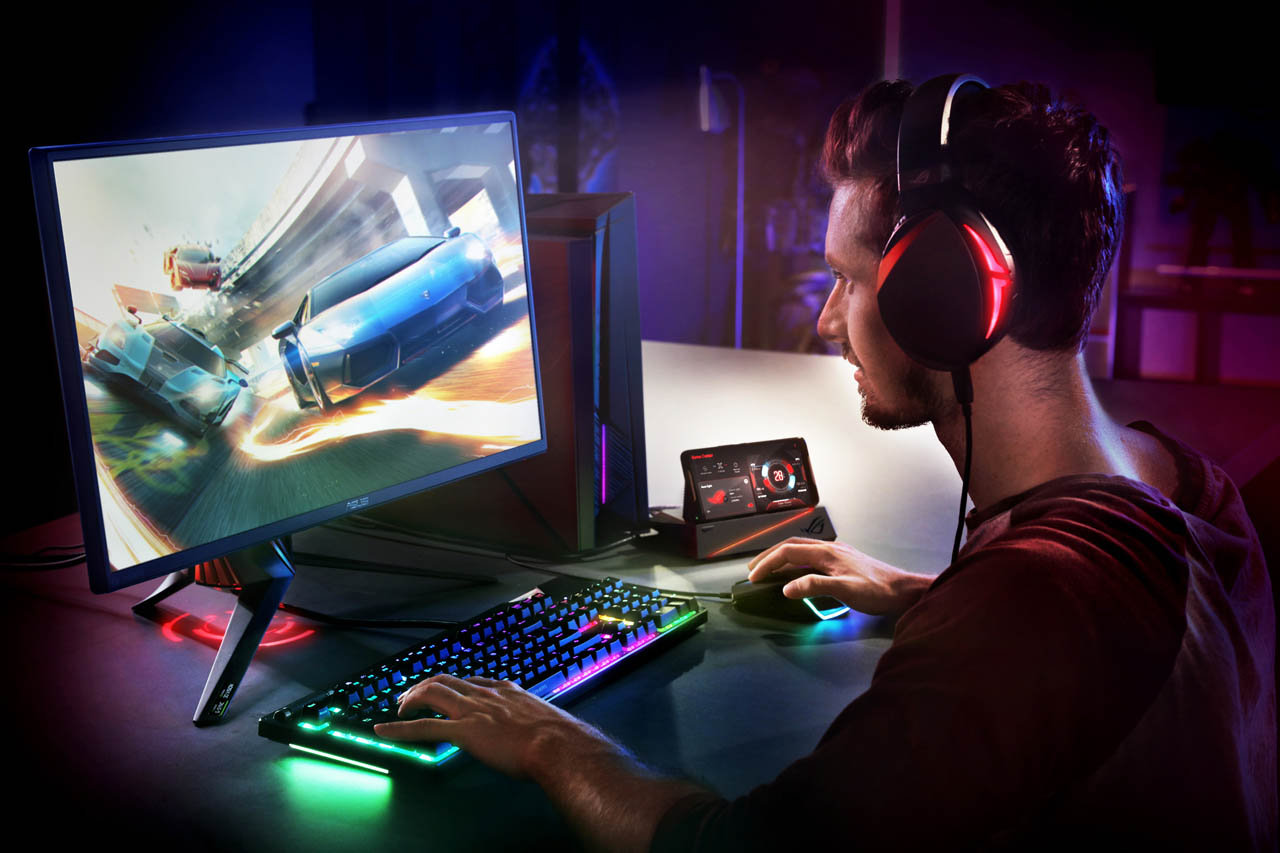 With ROG Phone, gamers free up two extra fingers to control gameplay, giving them the edge over their thumb-bound rivals. AirTriggers use ultrasonic technology, so they only need a feather-light touch — just 20g compared to rival touch-sensitive controls that need up to 4X the force. An advanced haptic actuator provides a powerful force-feedback system for totally immersive gameplay.

And when the AeroActive Cooler is deployed, it provides a side-mounted USB-C port and 3.5mm headphone jack for unhindered gameplay. The side connector’s also used for the exclusive expansion modules, including the Mobile Desktop Dock and TwinView Dock. 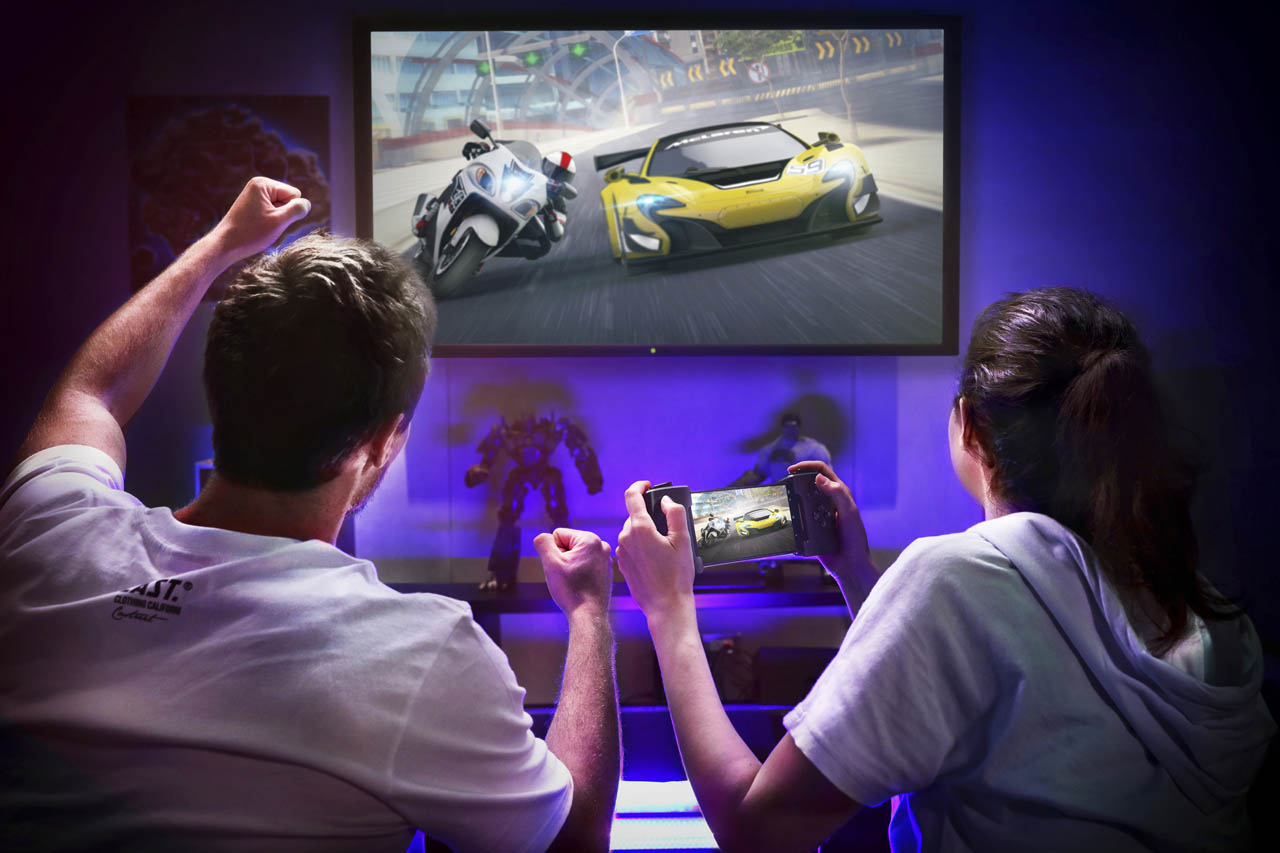 ROG Phone is the world’s first phone with ASUS Aura RGB lighting, featuring an illuminated rear ROG logo that can display a whole rainbow of lighting schemes: static, breathing, strobing or color cycling. Lighting effects can be triggered with phone events such as incoming calls, notifications and more, to give ROG Phone a unique personality. 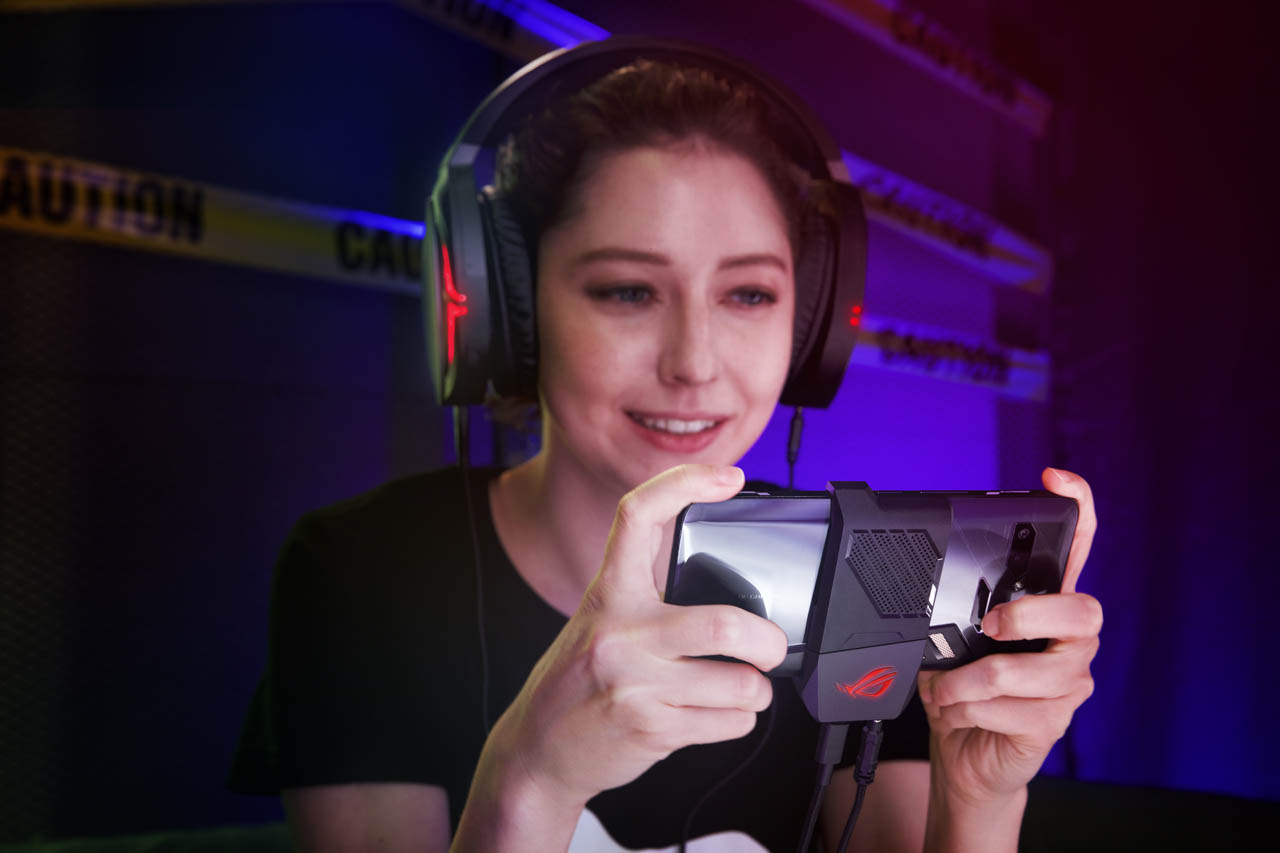 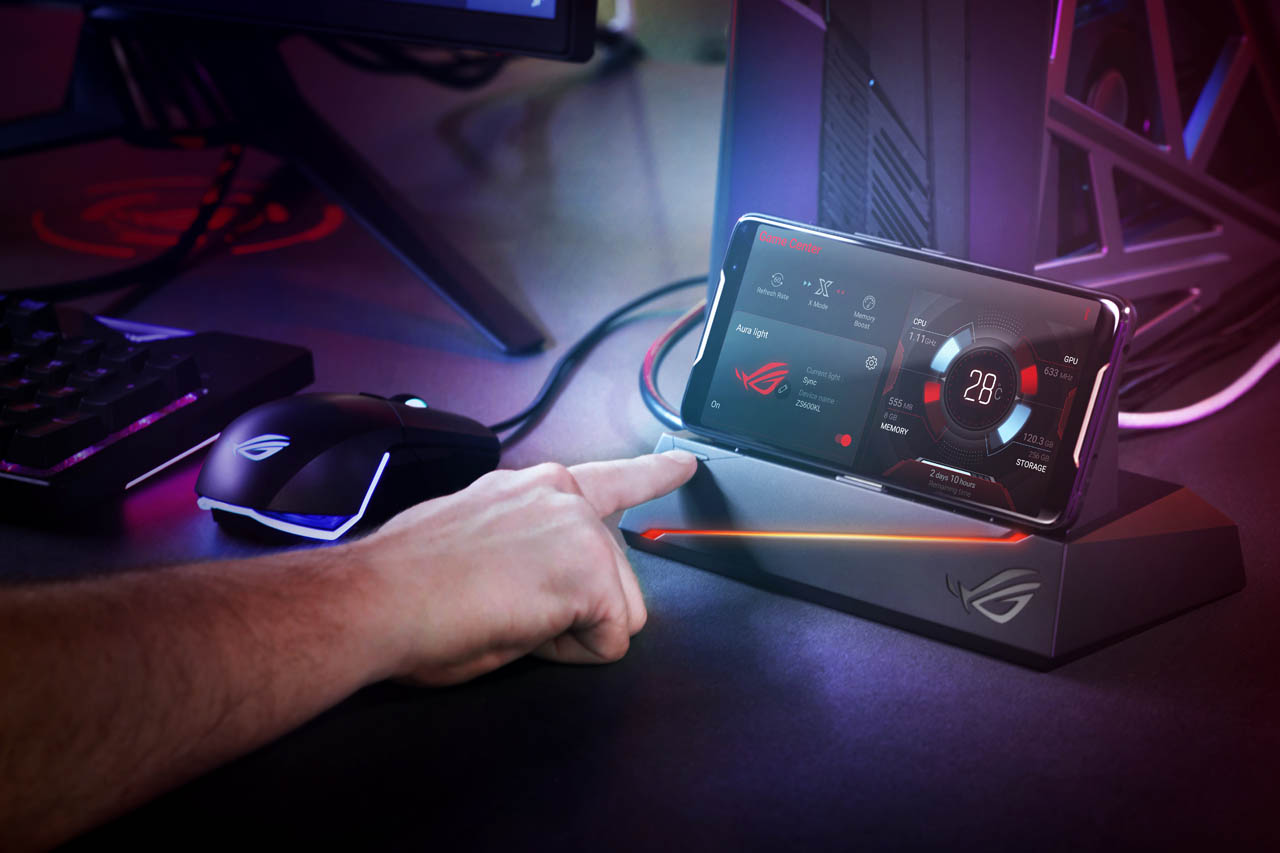 The Mobile Desktop Dock allows gamers to connect ROG Phone to an external 4K UHD monitor, mouse and keyboard. ROG Phone can be used as an auxiliary display, hooked up to a wired gigabit LAN and drive a 5.1-channel surround-sound system via the SP/DIF output.

With the Gamevice controller and the WiGig Dock, using 60GHz 802.11ad Wi-Fi, ROG Phone morphs into a portable console with a full inventory of physical gaming controls and ultra-low-latency wireless display connectivity for a seamless big-screen gaming experience that’s perfect for group viewing.

It packs dual analog joysticks, left and right fire triggers and bumpers, a D-pad, along with A,B,X,Y and L3, R3 buttons.

At the time of this announcement, the EU, U.S. and Canada regions are likely to see the ROG Phone, New Zealand and Australia have nit been announced as territories for release. We at STG hope that changes.