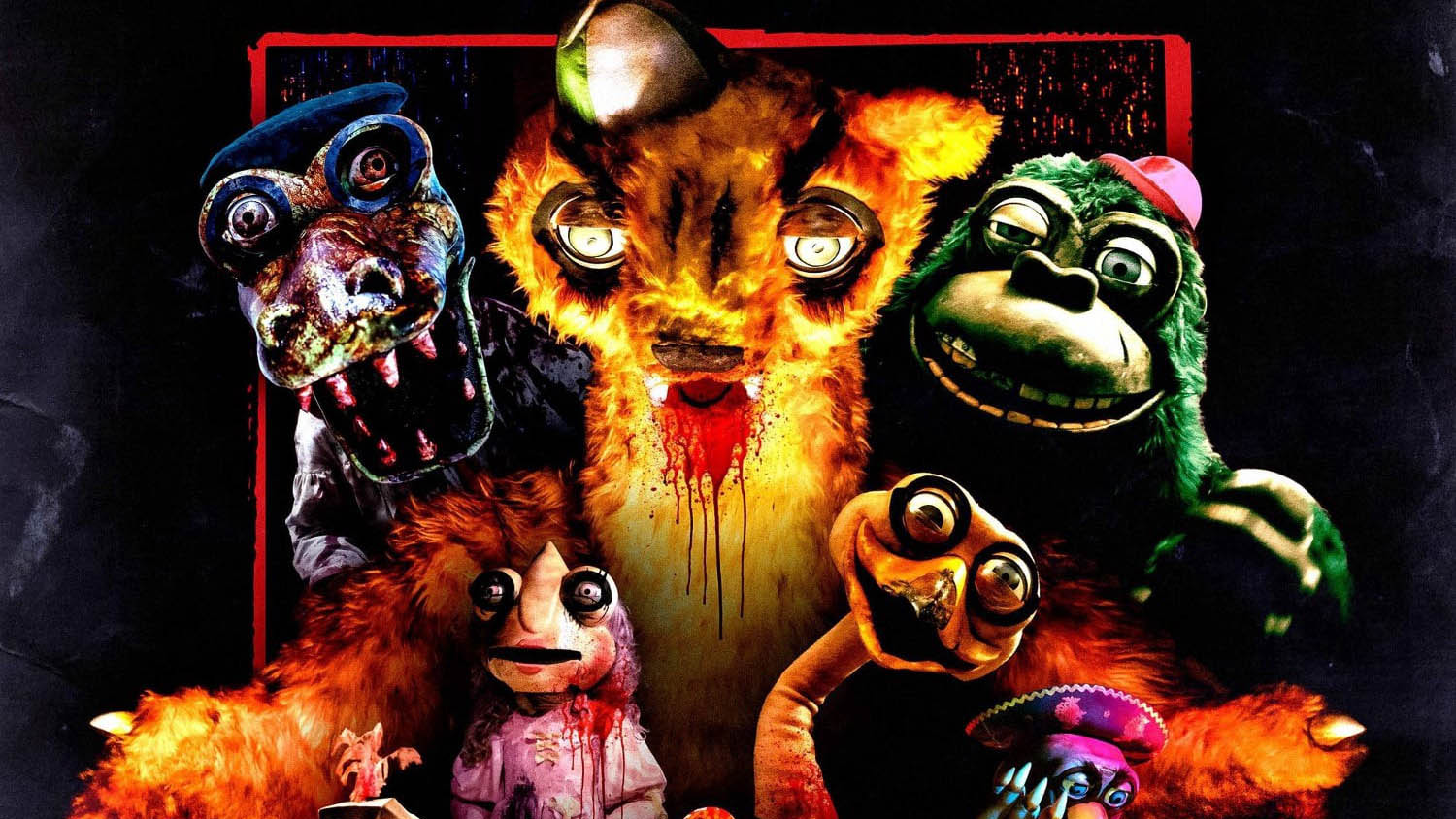 When you hear a comedy horror movie that has Nicolas Cage fighting animatronic animals in an old restaurant, I mean how can you say anything except yes please.

I mean right now, I need it in my veins. 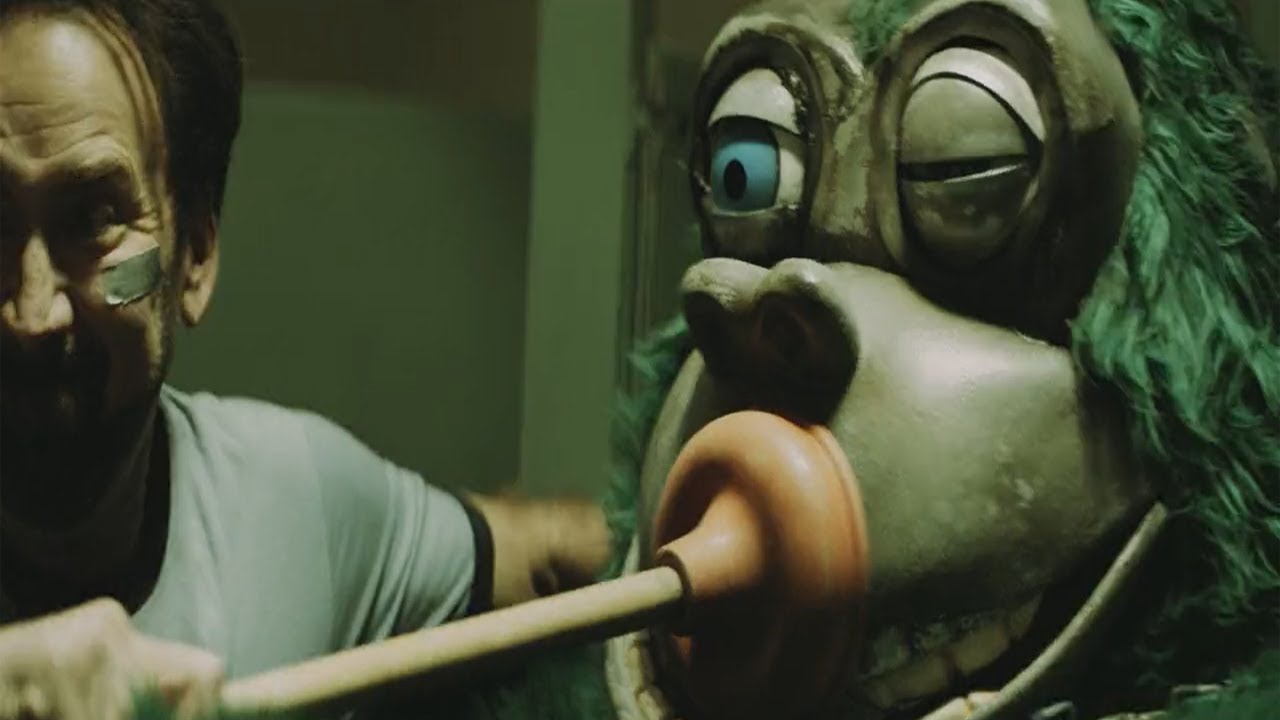 Willy’s Wonderland tells the tale of a mysterious man played by Nicolas Cage who is driving when his tyres get punctured.

The local shop says they can fix it but need cash, and they live in the hillbilly end of hillbillies-ville so they don’t have internet for an ATM. The other option is to work off the debt by spending the night cleaning Willy’s Wonderland.

Nicolas Cage plays a character who doesn’t say a word, which is already weird because that means none of the iconic weird things Nicolas Cage is loved and hated for.

He starts cleaning when he is attacked by an Animatronic animal, and he proceeds to beat the thing to pieces… then carries on cleaning.

When this happens a team of teens go to burn the place down and destroy the evil lurking inside when they realise someone is in there. They go in to help him out and find themselves all in danger pretty quickly. 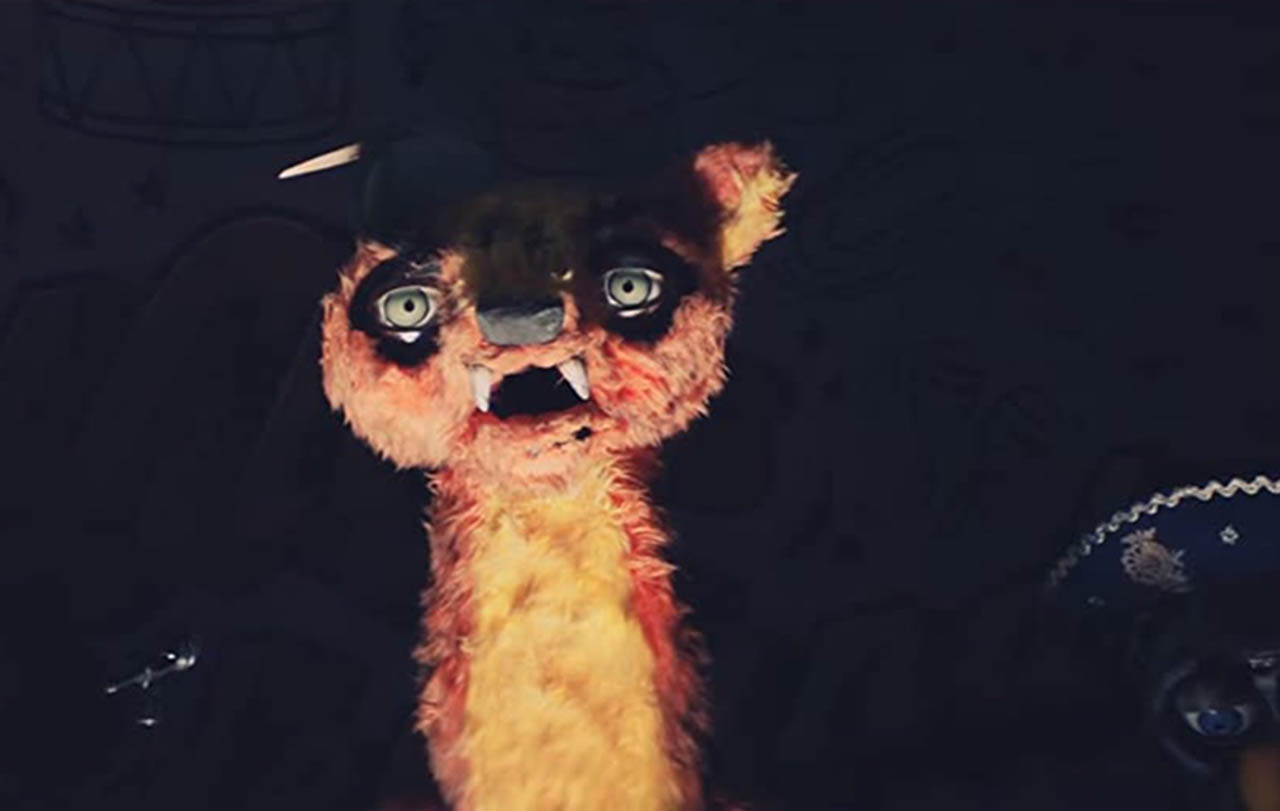 This is where the movie is at its most mixed, the extra characters. Some of them are great and help move the story along, but some like the blonde dumb one are such stereotypical of characters that aren’t funny.

Like take Katen from Mean Girls, and dial her dumbness up ten-fold and we have this badly written character.

Despite this Five Nights at Freddy’s, I mean Willy’s Wonderland is a wonderfully stupid movie.

The backstory is as ridiculous as it is interesting, but it is the lead character that makes the movie worth watching. With easily good enough CGI, watching Nicolas Cage beat evil animatronic creatures to death is just a fun as hell watch.

For all the right and wrong reasons. 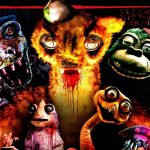