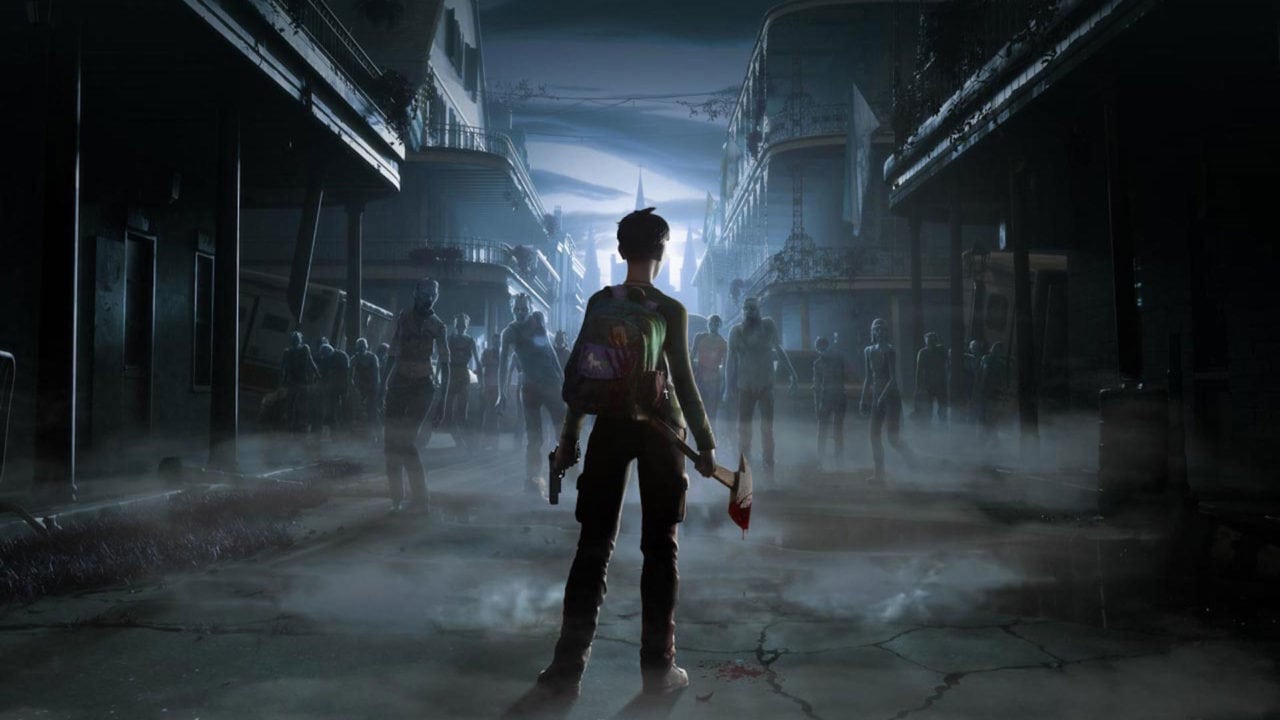 New Orleans is the setting for The Walking Dead: Saints and Sinners, a VR game based on the comic book by Robert Kirkman.

Similar to Telltale’s Walking Dead games, Saints and Sinners is not a tie-in with The Walking Dead TV show. This is probably fortunate, as The Walking Dead: Survival Instinct, the 2013 game based on the TV show was not very well received. 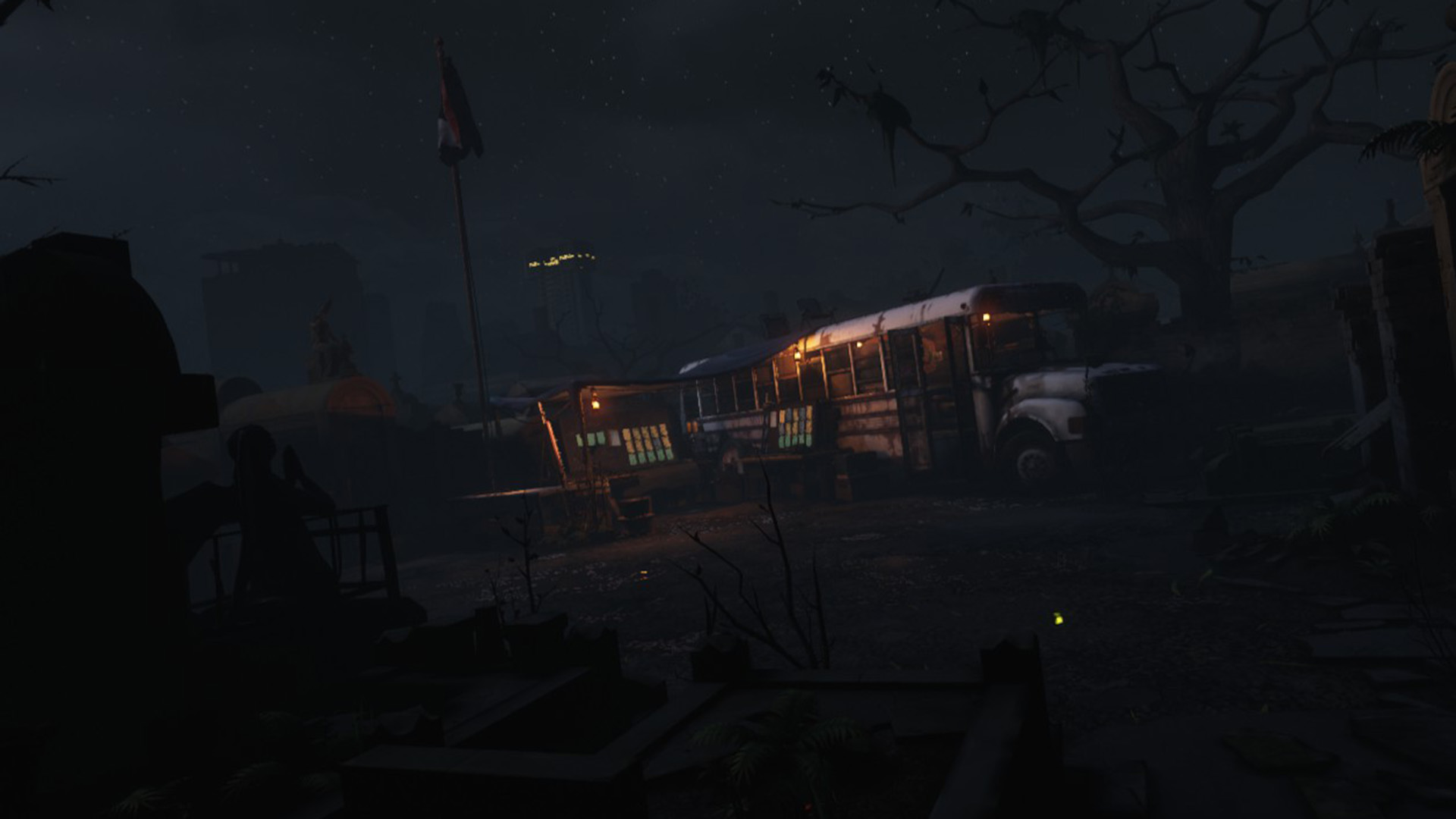 At the start, the game drops the player, referred to as “The Tourist” into a New Orleans cemetery, at night, without any weapons. The distant moans suggest that you are not alone.

Virtual reality is no stranger to zombie games. The likes of The Brookhaven Experiment and Arizona Sunshine have been terrorizing players in VR since the beginning. But this is The Walking Dead and reaching for your sidearm is all well and good, but the gunshots are likely to bring more walkers (zombies) to bear down on you.

Very early on in the game you get to realized that stealth and melee is the way to go. The game allows players to sneak up on an undead and grab its head with one hand, whilst plunging a screwdriver or other weapon into its temple with the other. 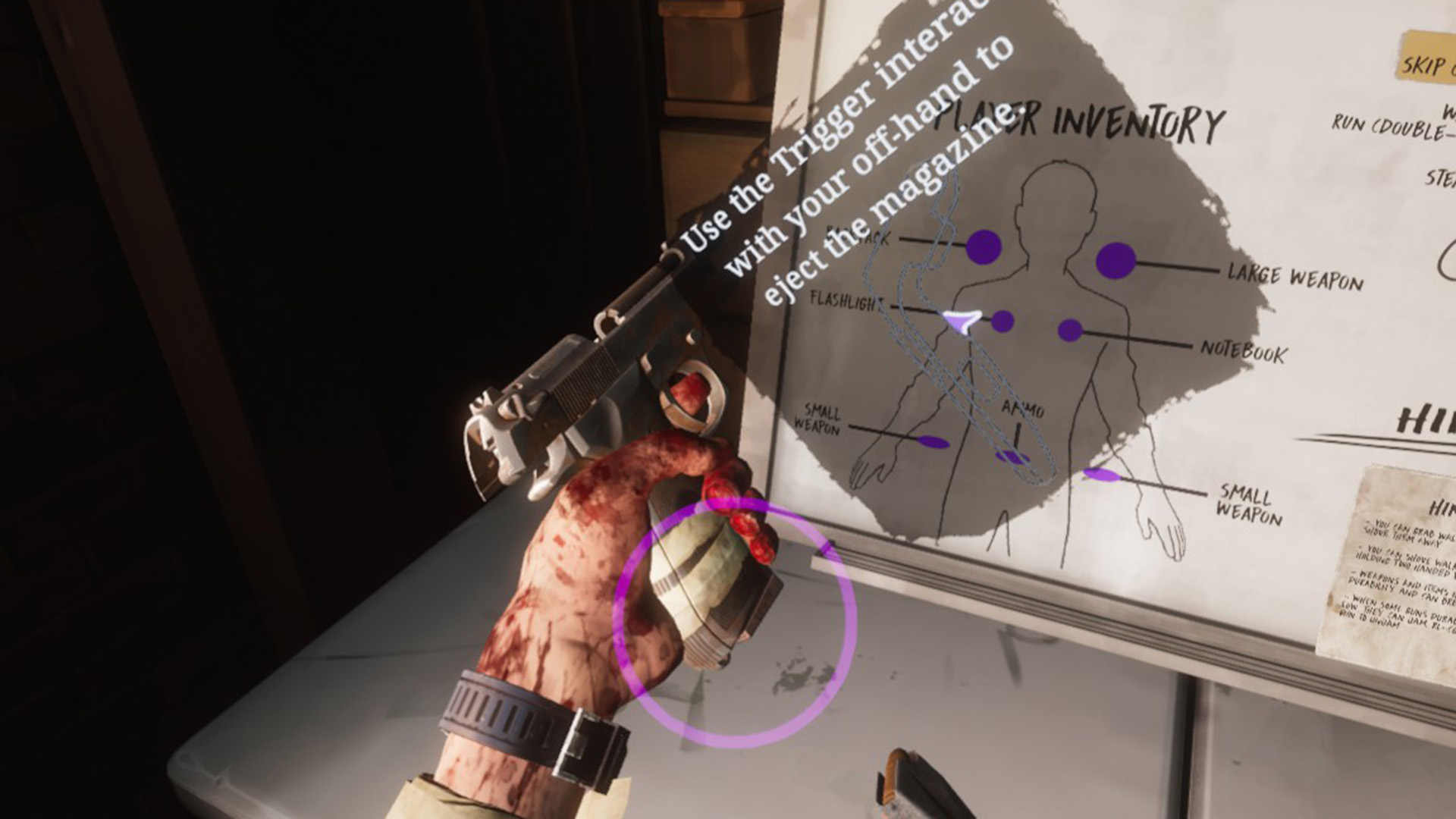 Rather grossly, the implement does get a little stuck and needs a bit of a shake to get out. The walkers ragdoll nicely on the end of your motion controllers, avoiding the feeling that you just passed your hand though their bodies (a la Skyrim VR).

The game is really designed as a seated experience, which I have no problem with. But players can also stand. I was very mindful that the game disables the SteamVR chaperone, which is potentially dangerous if you are swinging your arms about. It made me hesitant to reach out to attack walkers in case I hit my desk (my chair is on rollers, and I find I do move about). I also managed to tie myself up with the Vive’s cable.

The game comes with the usual comfort setting which can be adjusted depending on your sensitivity to VR sickness. I had no problems setting the game for smooth motion and turning, but it very much depends on your VR legs. 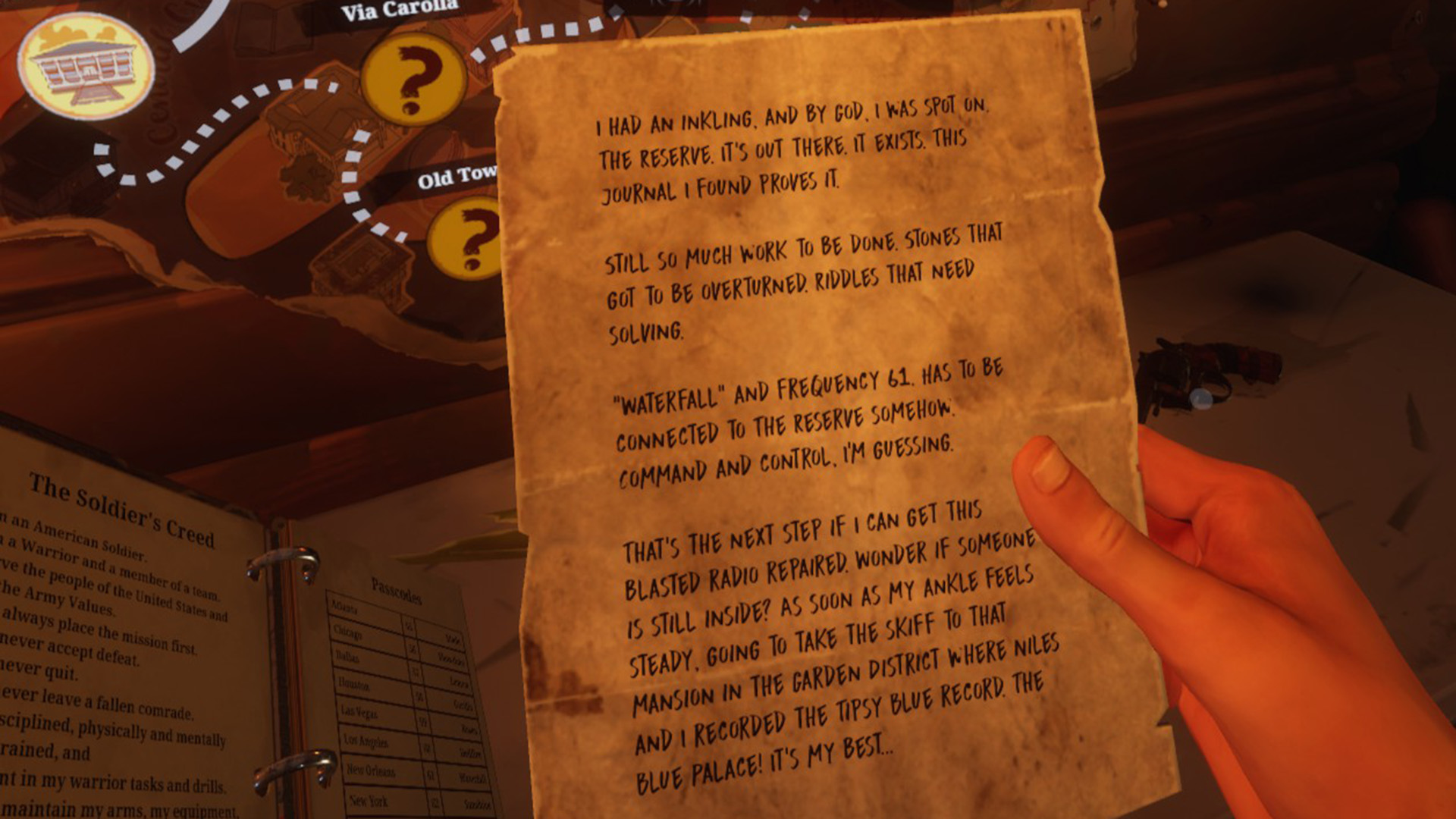 Dealing with the odd walker does make you feel like a superhero as take them out one by one, its only when confronted by a few too many than thing start to get dicey. In VR, being surrounded by walkers is pretty scary. You can tell yourself it’s just a game as much as you like, fumbling for your pistol as walking corpses stumble towards you feels oh so very real.

The game makes full use of player movements to grab your backpack or rifle from over your shoulder, sidearm from your holster and torch from your chest. All very immersive, but a bit clumsy if you find yourself surrounded, dropping your gun and having to reach for your backpack to get out your shiv. You also, sometimes have to climb, hand over-hand, so watch out if you have a ceiling fan! Personally, like Doom VFR and Skyrim VR, I’d have liked a gamepad option to enable me to enjoy the VR environment without having to wave my arms about.

The game is fairly linear, with a main story questline plus additional tasks obtained from NPCs. As you progress you come across human factions that, like in the comic book, become more of a danger than the walkers. 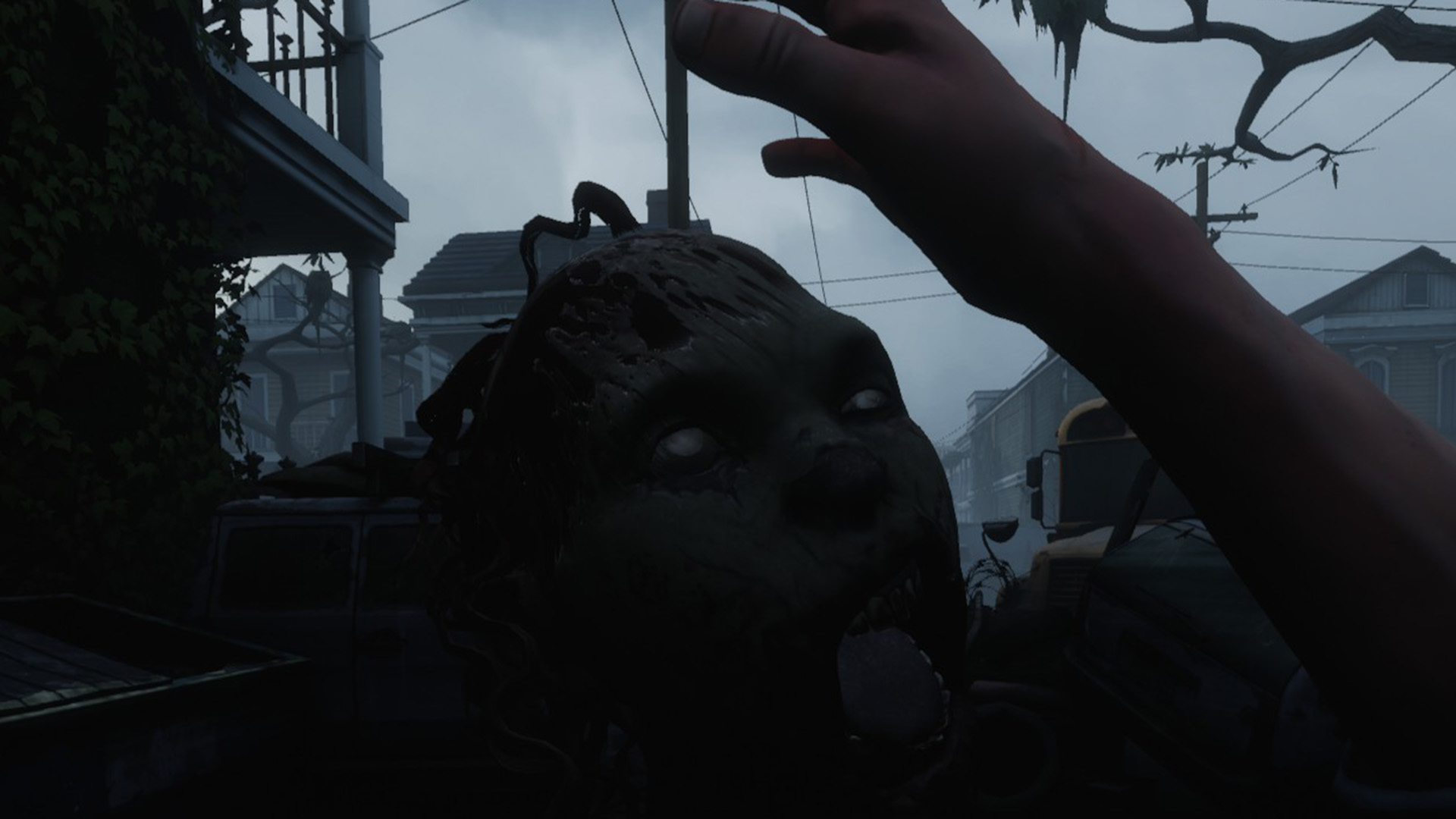 If you die, you go back to the last checkpoint, but with your kit left where you were killed. I wasn’t a fan of this gameplay element, giving the game an unnecessary bit of difficulty that I sometimes found a chore, especially if I lost everything among a horde of walkers.

The graphics offer a first-class VR experience. This is a full game and not a shooting gallery. Whilst not entirely photo-real, characters still look a bit cartoony, it looks real enough. New Orleans looks great and the silhouettes of shambling walkers milling about in the shadows, suitably chilling.

The Walking Dead: Saints and Sinners is a premium VR title that offers players a full-length VR gaming experience. It is designed with long play-sessions in mind, which may be too much for some. But it is a good game and moves VR in the direction that it should be going, away from short “VR experiences”. The game is certainly the best zombie VR title available right now, and possibly one of the best first-person VR games full-stop. 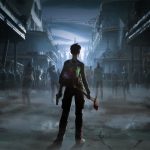 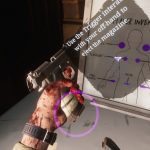 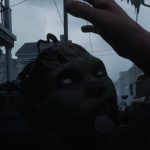 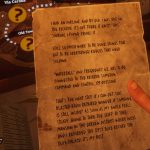 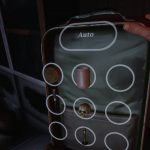 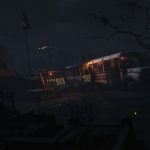