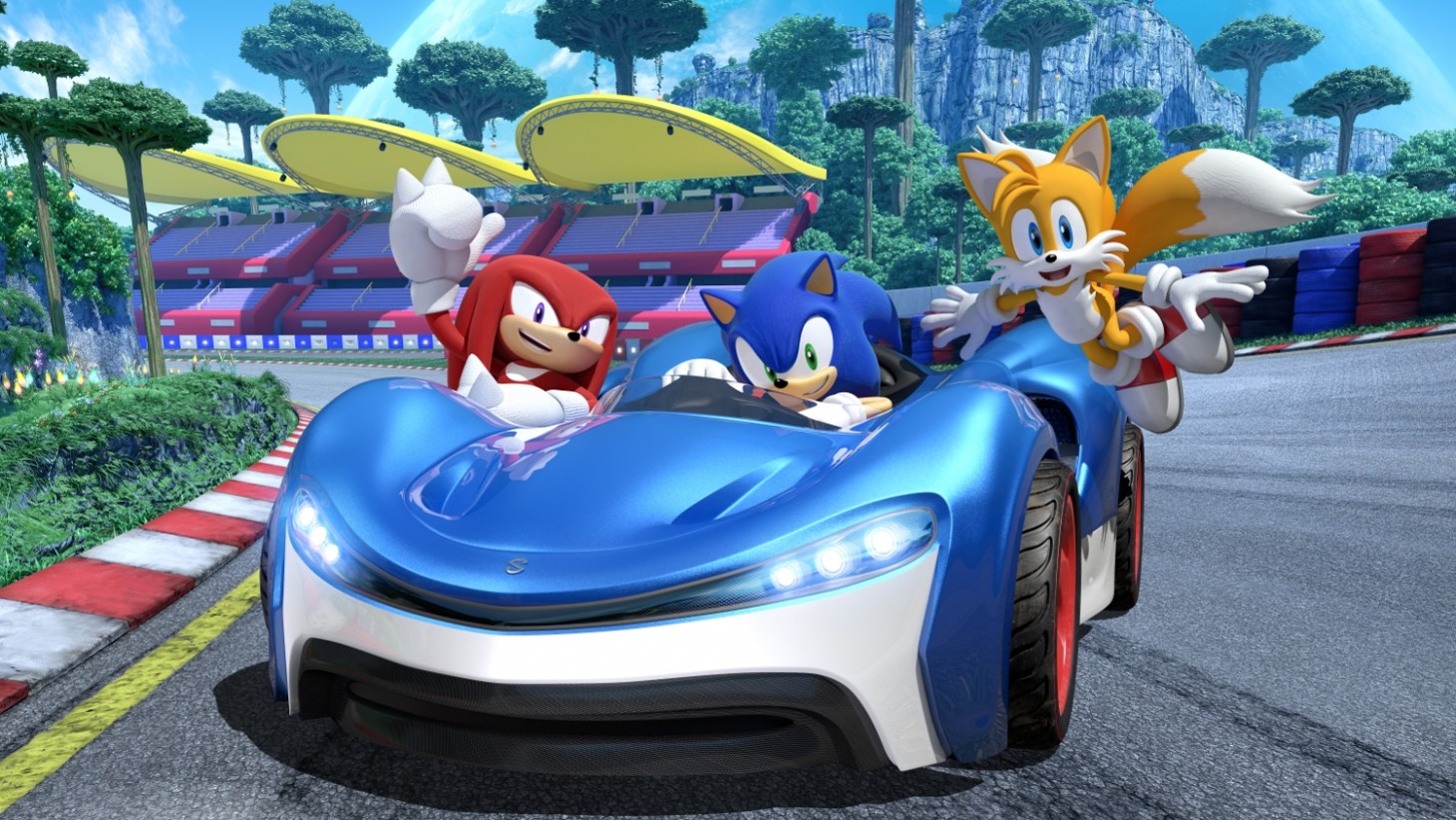 Sonic and his pals get their mods on and rev up their nitro boosts.

Team Sonic Racing has blasted its way on to our gaming consoles, including the mighty Nintendo Switch.

Multiplayer and single Kart racing mayhem offers up more of what we are used to in a Kart racer, but there’s a few differences this time round.

From the main games menu you can also check out your Stats and tune your ride. 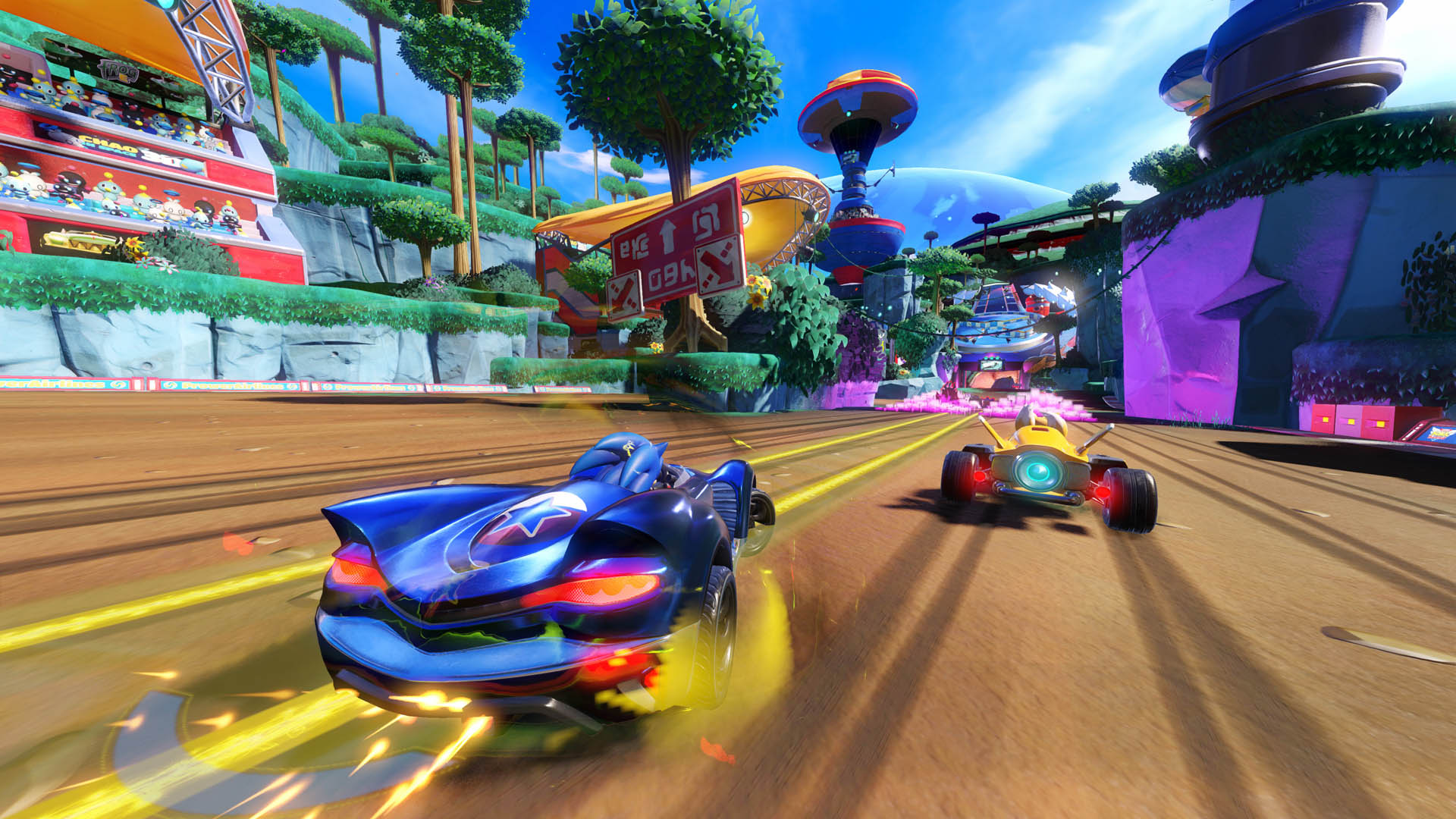 Burn up the differing tracks on offer – each being signature to the Sonic Universe, collect Rings and Power Ups throughout each track and of course aim to beat the best Time or place in the top three at the finishing line.

But you are not only racing just for yourself – Team Sonic Racing is really all about your team. Depending on which character you choose will reflect who your other two other in-game team members are.

To really get a decent score and enough credits to purchase modifications for your Kart, you and your team mates must all place in the top three for each race.

If you feel that one team member maybe struggling you are able to offer them a power up to help them along (providing you have one). 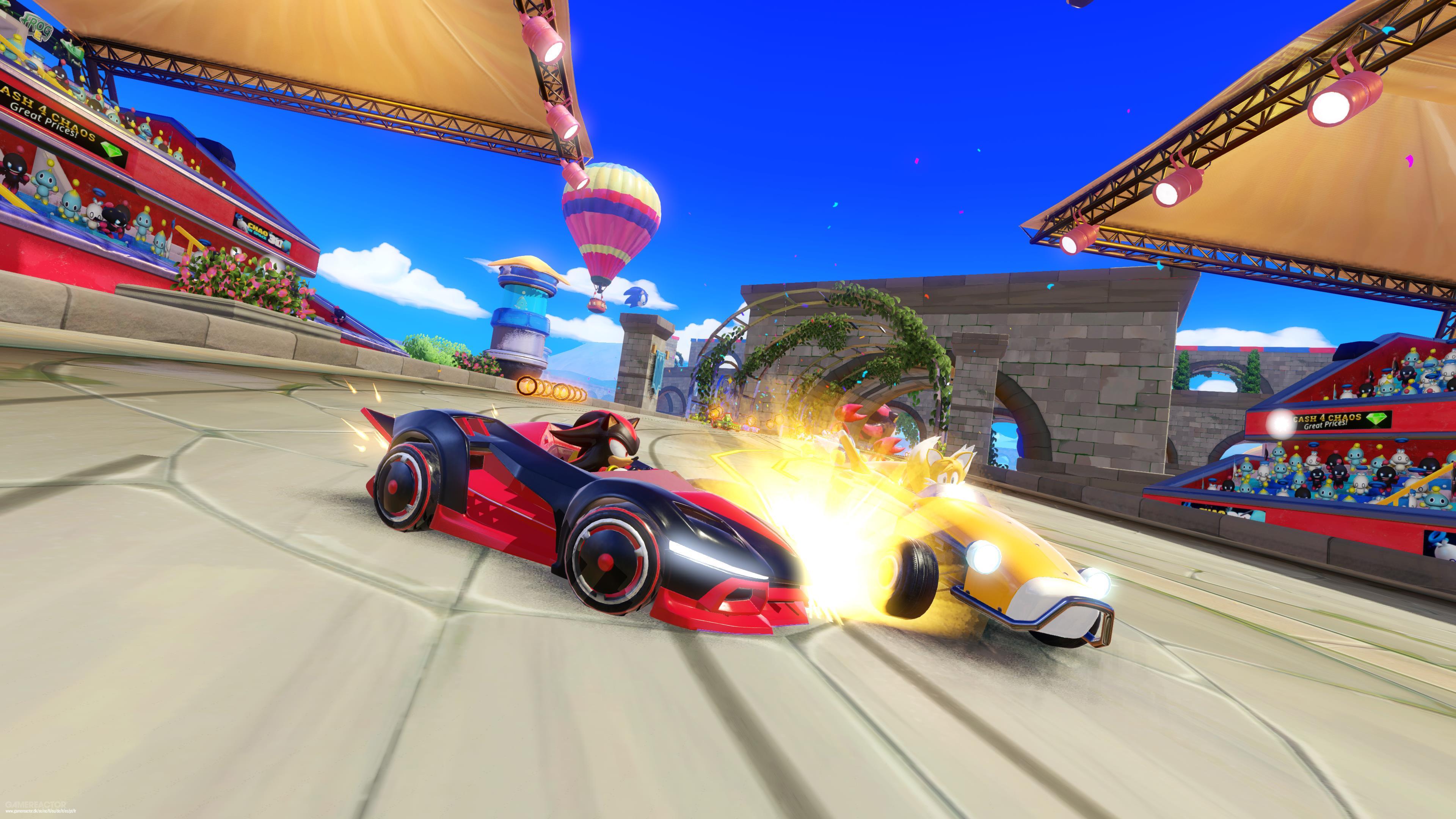 The story is a bit shallow, but there is one. At the onset Sonic’s eternal nemesis, Eggman is missing from the line-up of racer contenders.

Instead a character by the name of Dodon Pa has invited Sonic, Tails, Knuckles, Amy and the rest of the crew to a special series of races – where the winner will get to keep their rides.

However, the Sonic gang keen to participate are also very suspicious. That suspicion rises as they begin to notice a few similarities between this mysterious Dodon Pa and Eggman… 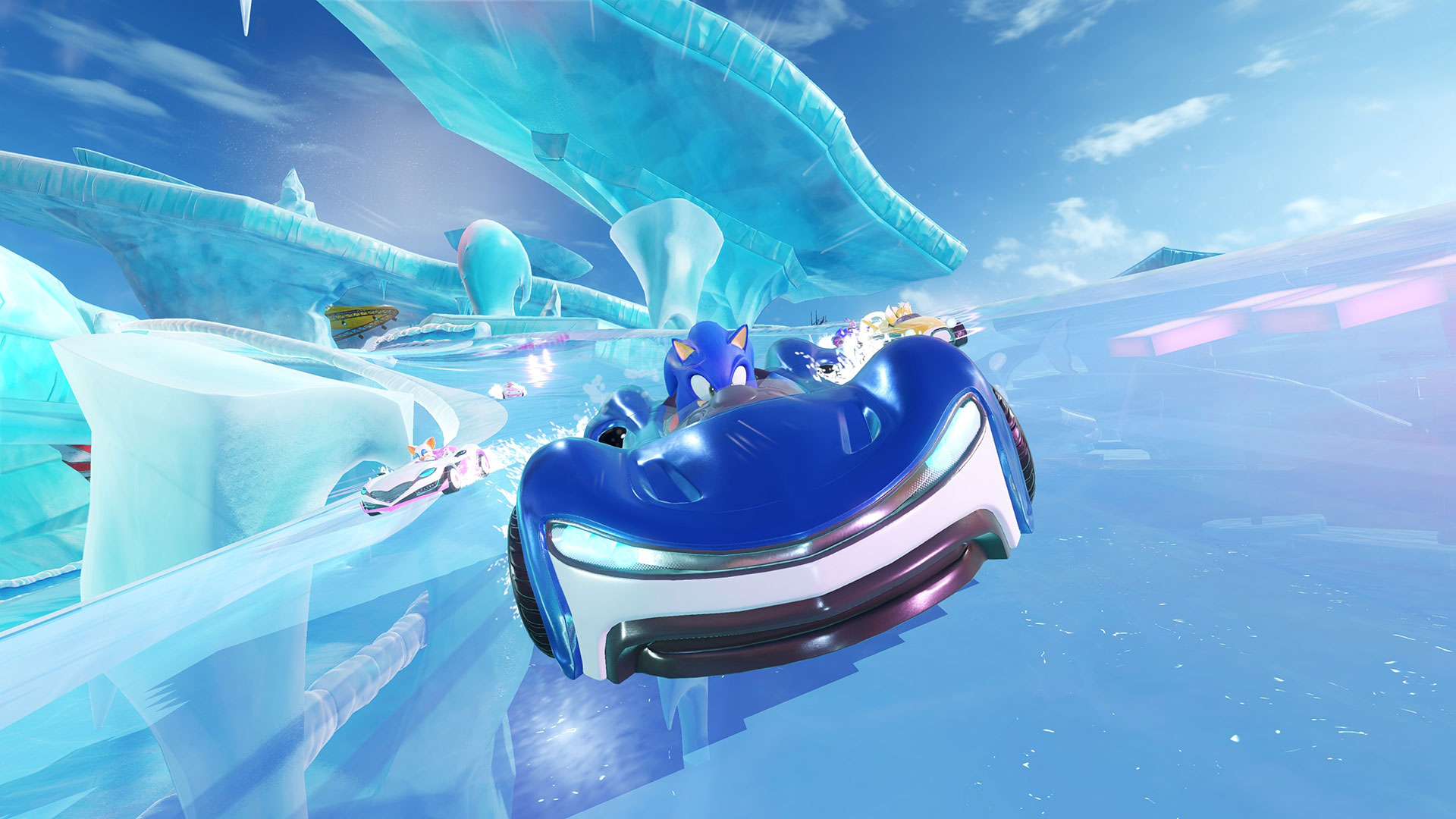 There are also side races to be had and keys to be collected to unlock more tracks. While you do about a map headed from race to race, you can stray of the linear path and do some side activities, which unlocks even more in-game goodness and of course applies more bounty for you to spend on customizations.

Team Sonic Racing is a lot of fun, as all Kart games can be. Best played in multiplayer, either on or offline, this title has a high replay value and while I reviewed on PS4, games such as this are an excellent investment for the Switch – as they can have quick play and extended play options.

Team Sonic Racing is a total overdrive of social and solo play.