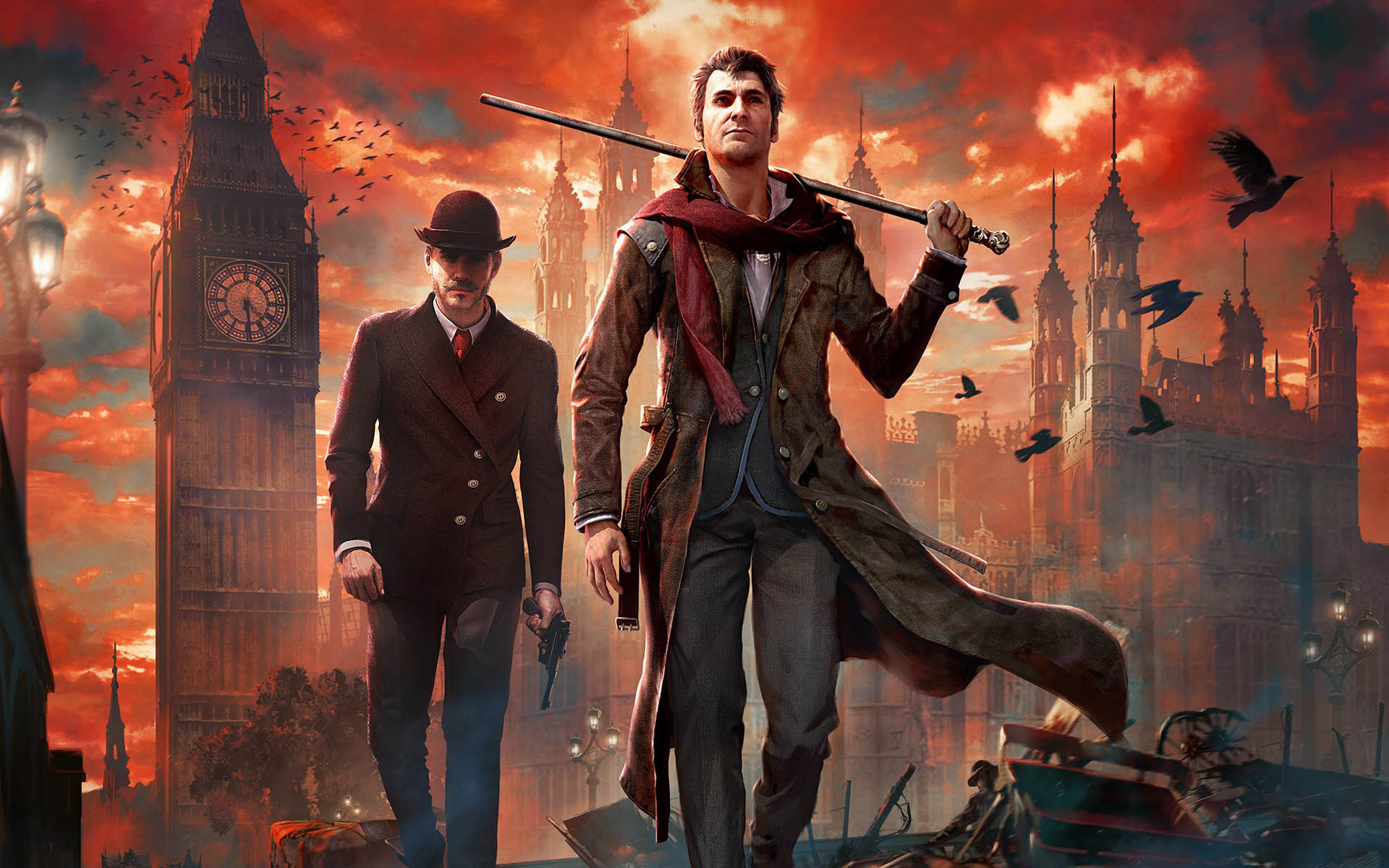 Starting with Sherlock Holmes: Mystery of the Mummy in 2002, Frogwares has been quietly chugging out games for their Adventures of Sherlock Holmes series every couple of years.  While I have found none of the ones I have played to be masterpieces they have been consistently good games, with fun investigations which are challenging enough to make it worthwhile but not so difficult that you will be rage quitting in frustration.  Sherlock Holmes: The Devil’s Daughter, the eighth game in the series is no exception.

Kicking straight in, like the previous games it is not the best looking graphically, but not in an artistic way.  A game can look amazing even with simple or basic graphics, if it is intentionally built around those elements.  Unfortunately this game definitely looks like it could be a few years old, that is not to say that the game is unplayable because of it, just the presentation I found to be a minor let down. 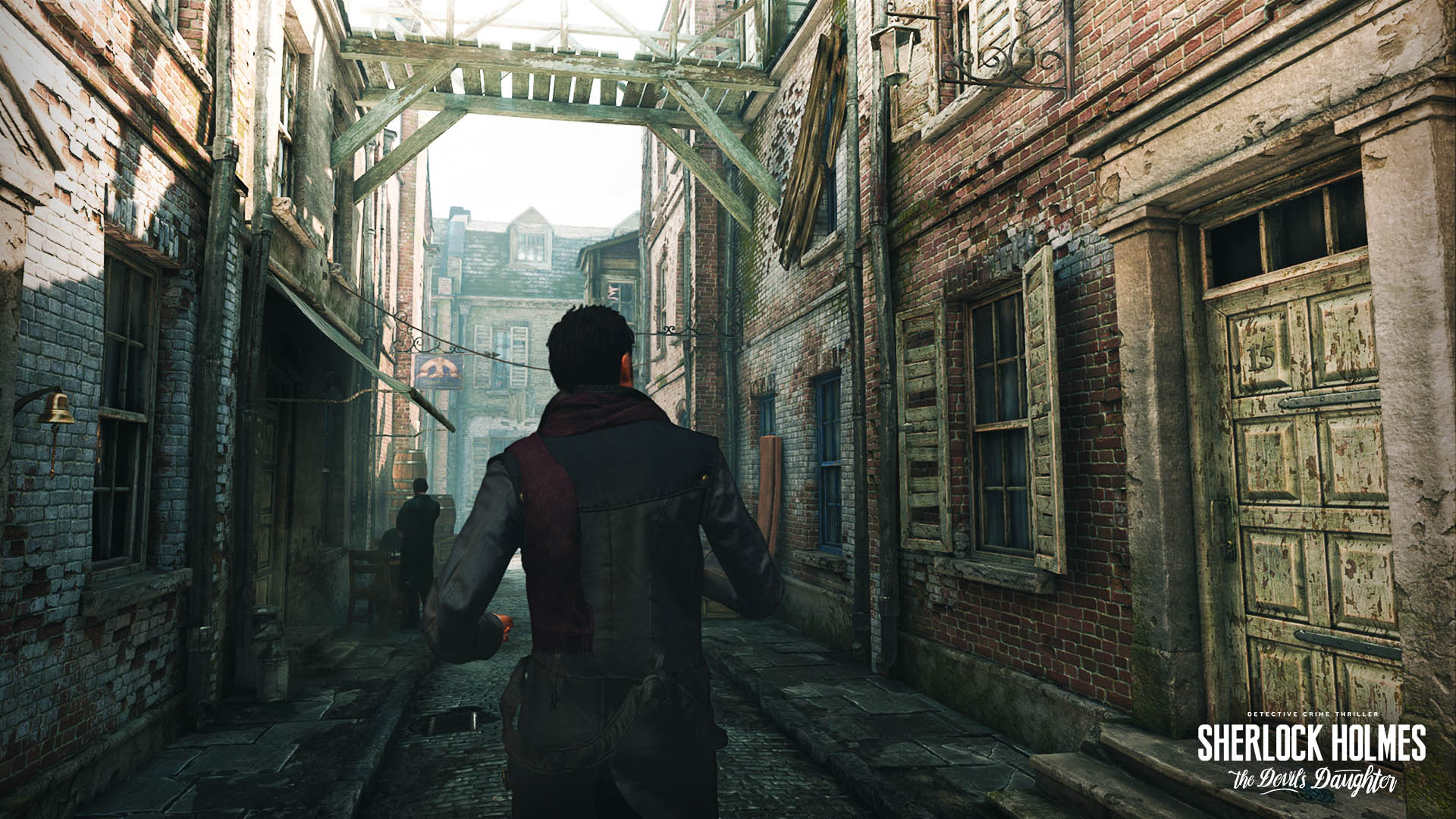 The gameplay itself mostly revolves around five cases that you play through, which involves a lot of point and click adventure style gameplay.  I never really found the investigations hard, but they were not so easy that you get handheld through, it sits right in the sweet spot of making you think but not being so obscure that you hit a wall you cannot move past.  The gameplay as mentioned before is assisted by the talent of Sherlock Holmes which allows him to see things most people would not and that makes the tedium of finding relevant items in a CGI world considerably less painful    While its simple gameplay is great I regularly found the controls are a bit off in the character movement and it tended to just be annoying and regular enough that it did bother me.

The story itself is good enough, it is not exactly amazing but it is probably one of the better stories I have played from the series.  Fortunately it is very self contained making it easy to pick up so as long as you have heard of Sherlock Holmes you should not have any issues going along with it.  Character dialogue is average and the voice acting is even more average so do not expect anything in that area to blow you away, but as long as you keep your expectations in check it is fun enough. 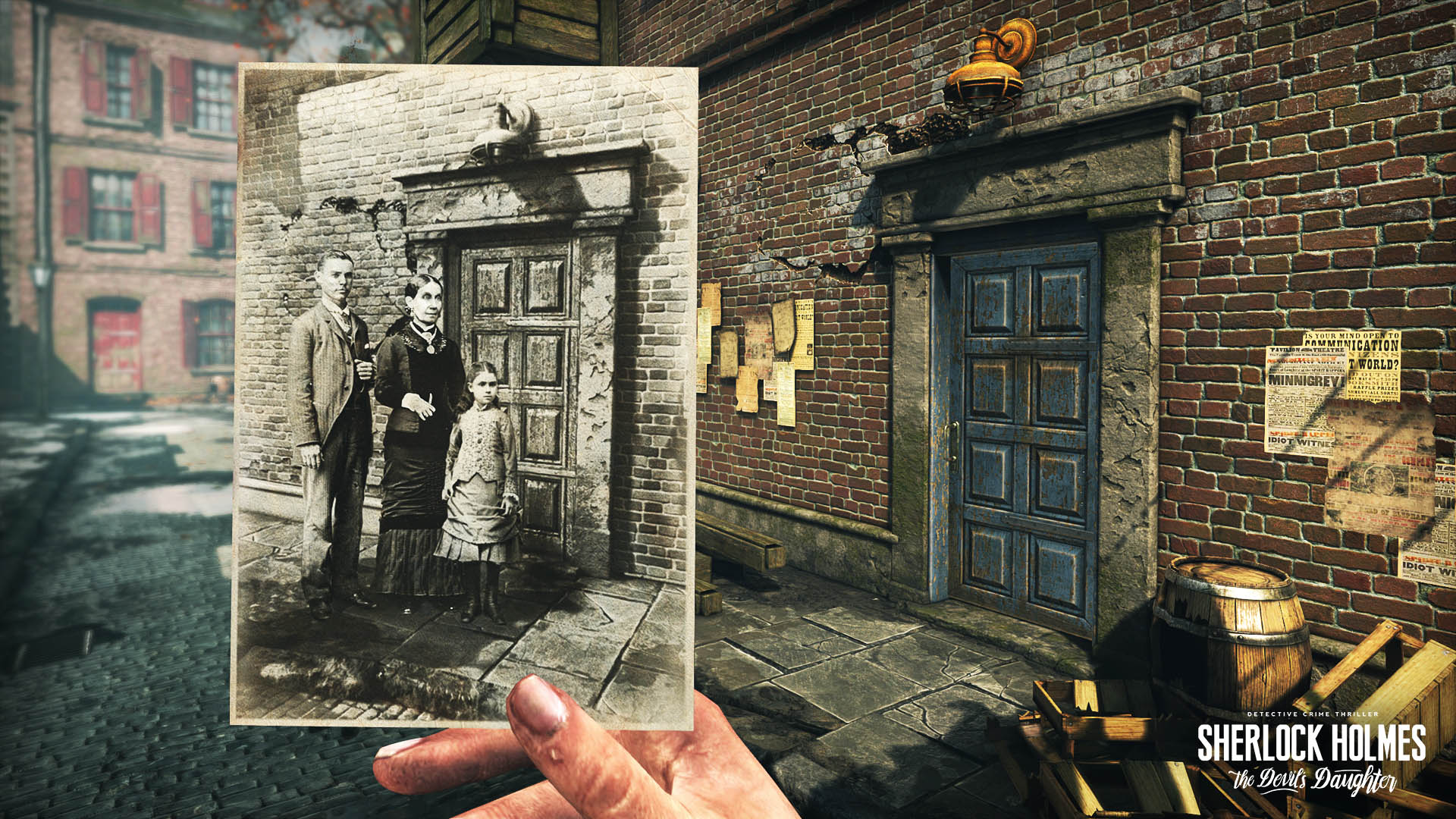 The biggest fault in the game is the painfully long load screens.  This is beyond a pet peeve for me as I feel in some games they are worse than ever and Sherlock Holmes: The Devil’s Daughter is worse than most with load times for me hitting over 30 seconds at times.  One would assume that the load times are for making some areas considerably bigger than before, but they arenot huge on a modern game scale and so the load times really got under my skin.

Ultimately if you have played one of the Sherlock Holmes games before you should know what you are in for.  Sherlock Holmes: The Devil’s Daughteris a fun point and click adventure game, that has good enough challenges to keep you engaged while remaining relatively simple.  While it has a crack at introducing some more player freedom and even has a moment of stealth, it does  not really do anything you have not seen before.  As with previous games it does nothing special to elevate the game from being very good to great but it is still very passable and a fun enough way to spend a weekend.