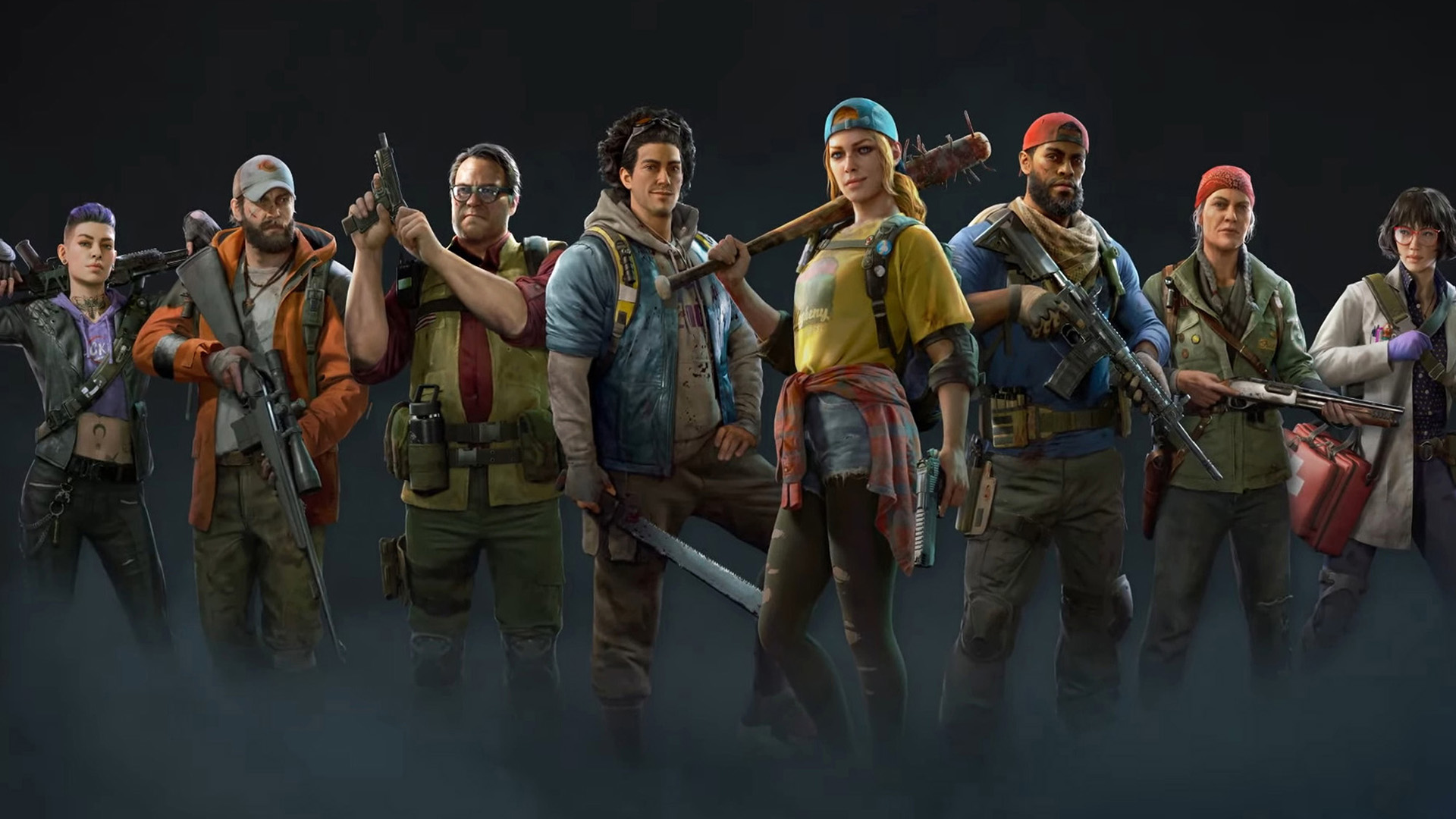 Turtle Rock Studios return to the genre that made their name with Back 4 Blood, the spiritual successor to their 2008 hit zombie first-person shooter, Left 4 Dead.

For over a decade there’s been a massive gap where Left 4 Dead and Valve’s sequel Left 4 Dead 2 should be.

The simplicity of these cinematic zombie shooters served as the inspiration for the countless zombie action games that came afterward. We’ve been treated to some incredible zombie games since, like Dying Light, Dead Rising, and Days Gone, even Call of Duty got in on the action with their take on zombie Nazis. 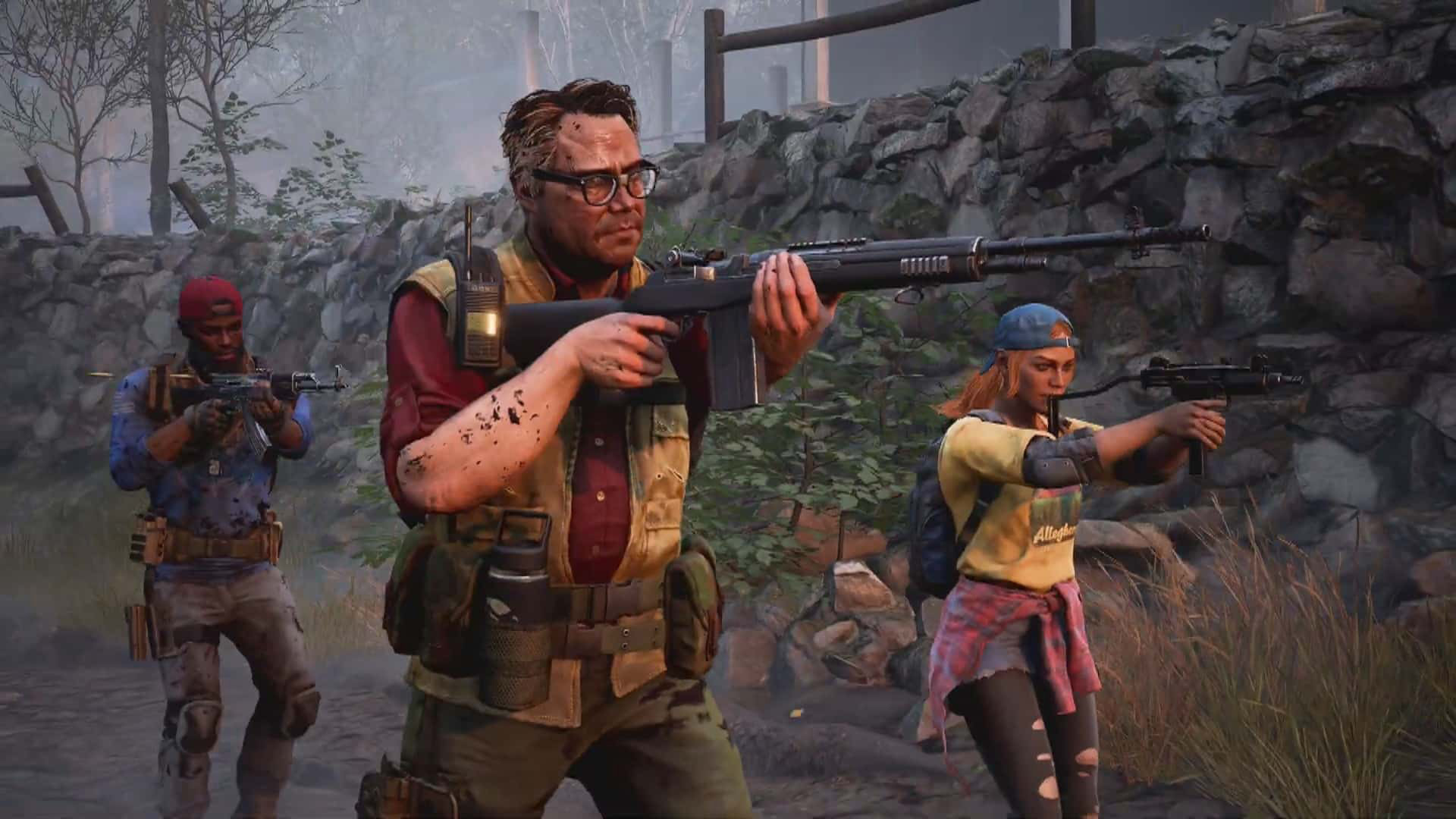 None of these games had the simplicity of the ground-breaking drop-in-drop-out multiplayer gameplay of the Left 4 Dead games. The only game to come close in recent years is World War Z, especially the recent Aftermath reboot with its third-person mode.

The premise of Back 4 Blood is simple.

Players take on the role of one of the four characters in a team of survivors fighting their way through areas infested with zombies. The campaign is split into four acts each act having several parts. The parts are strung together as runs which can be used as starting points once unlocked on the first playthrough. 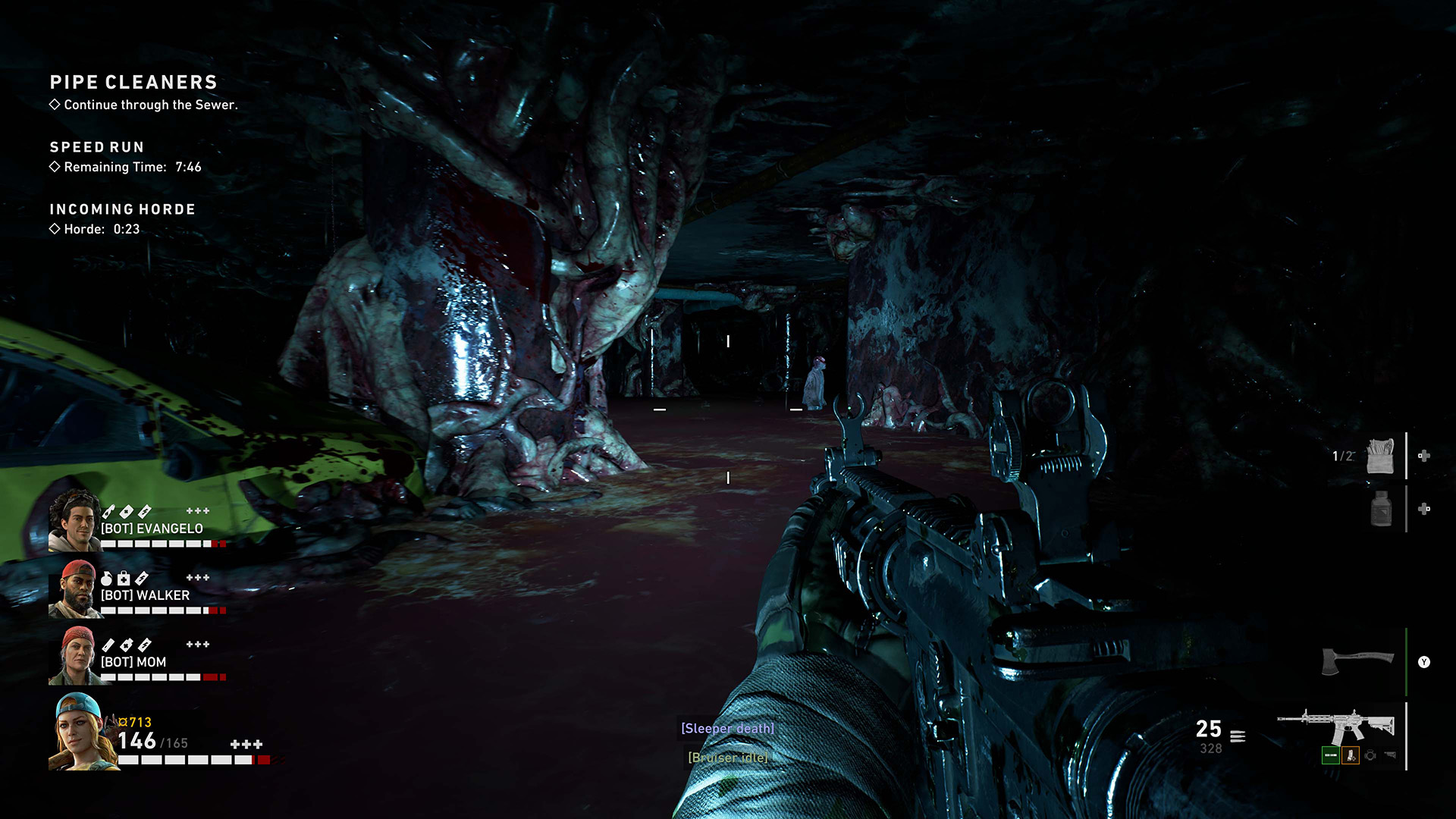 The campaign is meant to be played online with others but can also be played solo. Initially, that’s exactly what I did to experience the game myself. With subsequent online playthroughs via the quickplay option.

Quickplay gets you straight into any available online runs. This can spoil the campaign if you just jump in at a random point that you’ve not yet unlocked. However, the levels are designed in a manner that allows them to be played in any order.

There’s also a horde mode that confronts players with wave after wave of ridden (zombie). 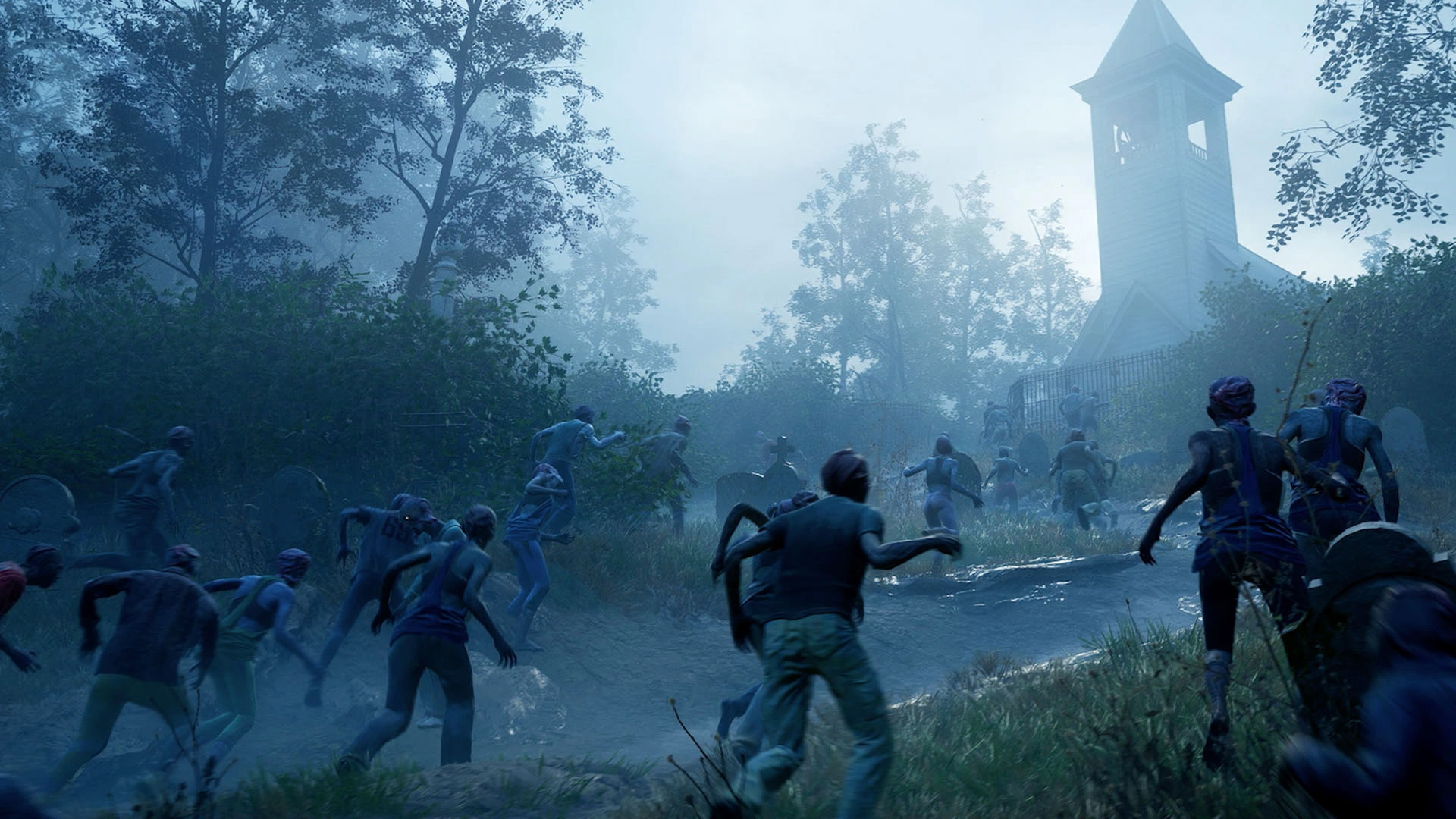 The level design is pretty linear, the runs branching off from the hub area in a different direction. The game is about fighting zombies, though, not exploring an open world. I got disorientated a few times, but by and large, the areas are easy to navigate.

Some areas have triggers to unleash a sizable horde of zombies but having just come from World War Z: Aftermath, rather manageable. The environments are varied taking the player through familiar tropes of rail yards, misty swamps, and sewers, travelling from one safe house to the next.

The game has quite the arsenal, each character having their favourite loadout which can be swapped out. Each safehouse has a shop in which equipment can be purchased using coins collected in the levels. 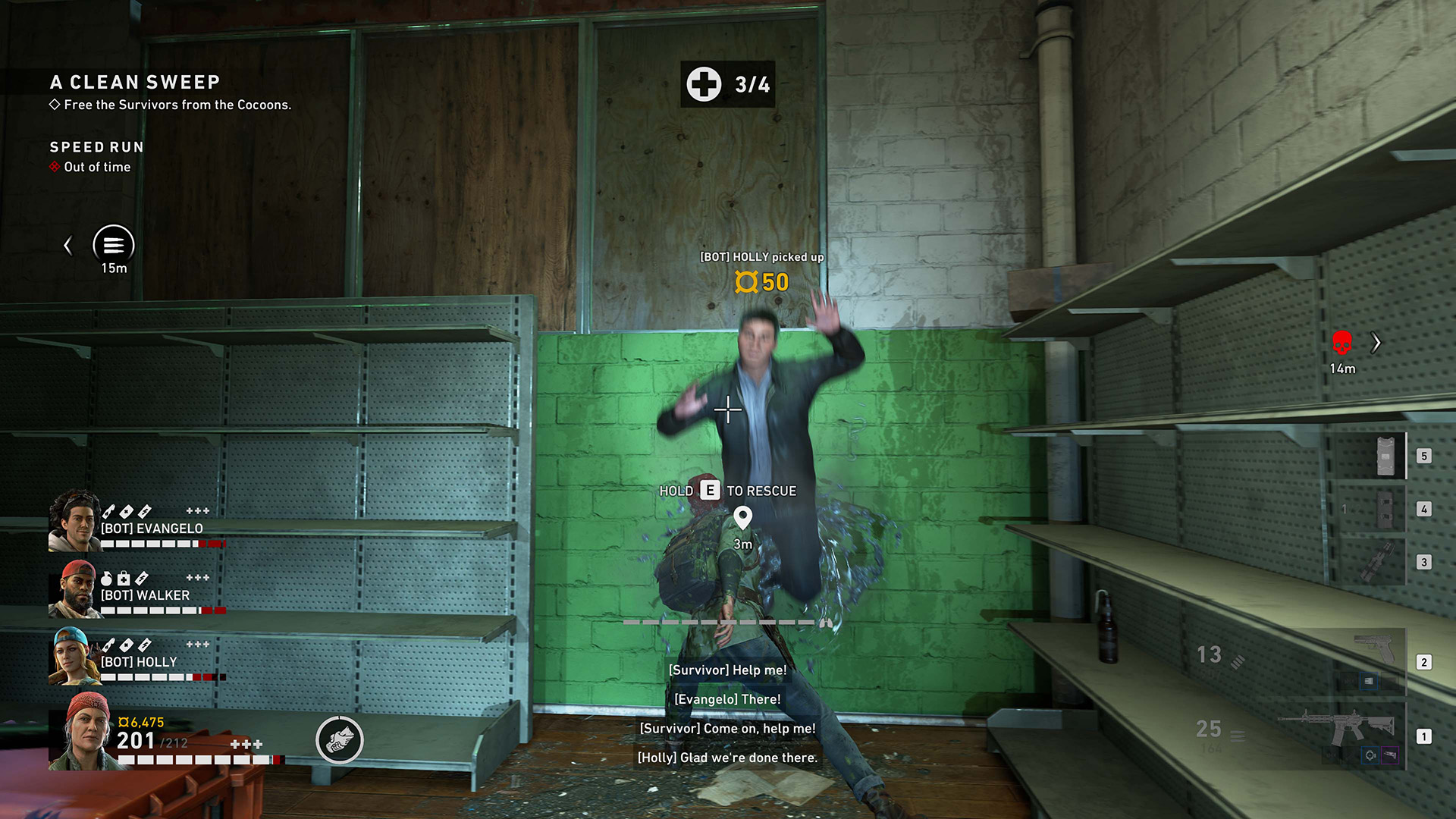 The game’s zombies, the ridden (which seem to have worms infecting them) are of the running variety rather than George A. Romero’s shambling undead. There are a few special variants and bosses, the huge ogres, the club-handed tall boys, the gross explosive reekers to name a few. There’s enough variety to keep things interesting.

Back 4 Blood takes the gameplay of Left 4 Dead and up the ante with the addition of booster cards. Players can create decks of cards that include boosts and challenges for better rewards, for instance, more ammo or a speed run.

Each level adds a few cards to the deck with corruption cards, like birds that if disturbed call the horde, added to the challenge. During the recent beta, I wasn’t sure about this. I wanted the simplistic feel of Left 4 Dead. Playing the full release, I can see how this addition increases the replay value of the game, especially on the higher difficulties. 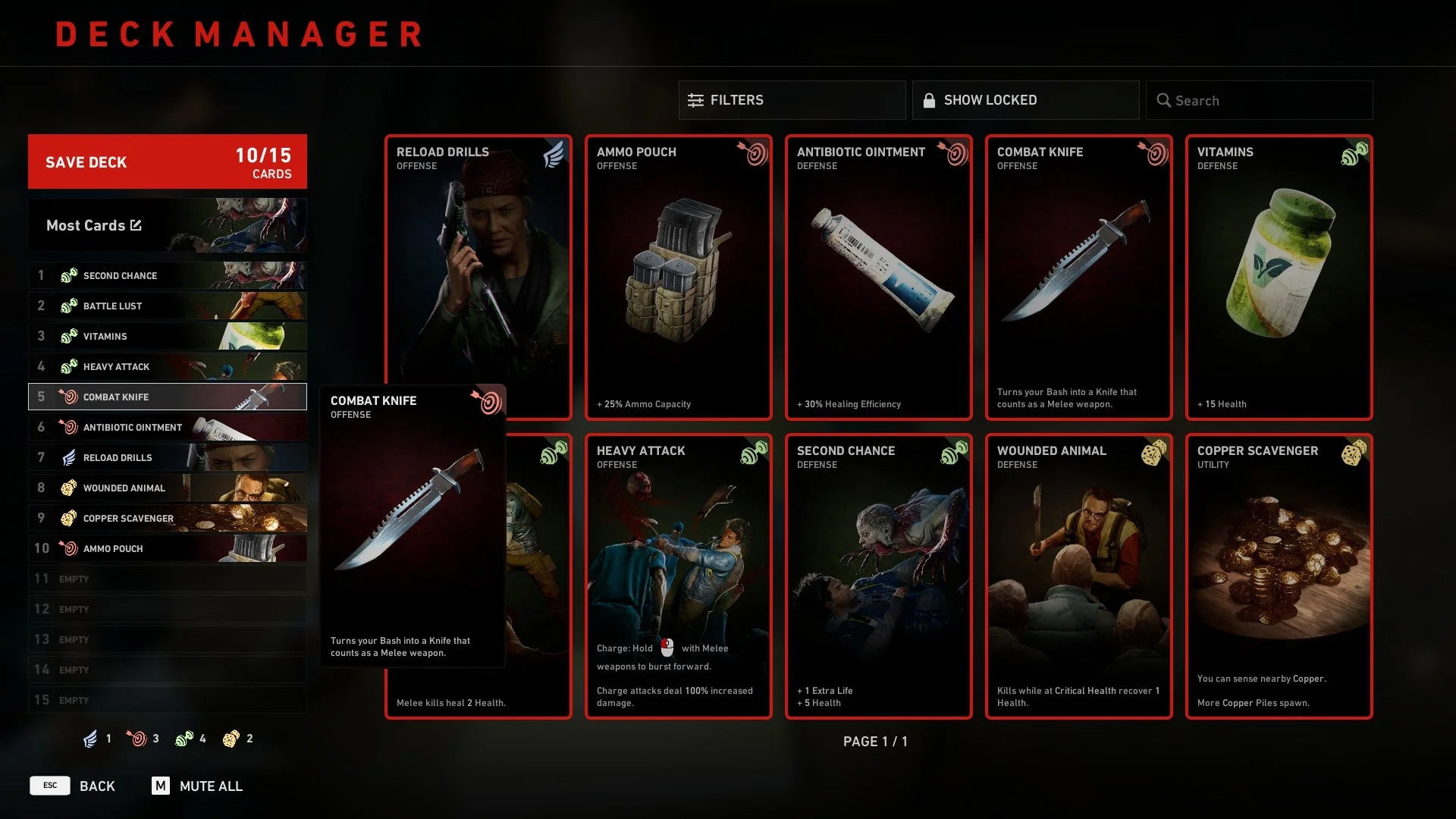 Additional cards as well as equipment and character customisation can be obtained via the base hub area. There’s also a range for practicing some zombie killing.

The PC version does not currently run in fullscreen, rather borderless fullscreen (i.e. a window that fills the screen). This caused issues with my G-Sync monitor as I don’t tend to have it set for windowed views. I’d say that the lack of fullscreen also has a performance hit. I hope that they sort this out soon.

The visuals are superb and aside from the above, the game has a very polished presentation. The story takes a backseat to the gunplay which is fine. The game runs at a swift pace on Xbox Series X and high-end gaming rigs which is also exactly what you need from a shooter like this. 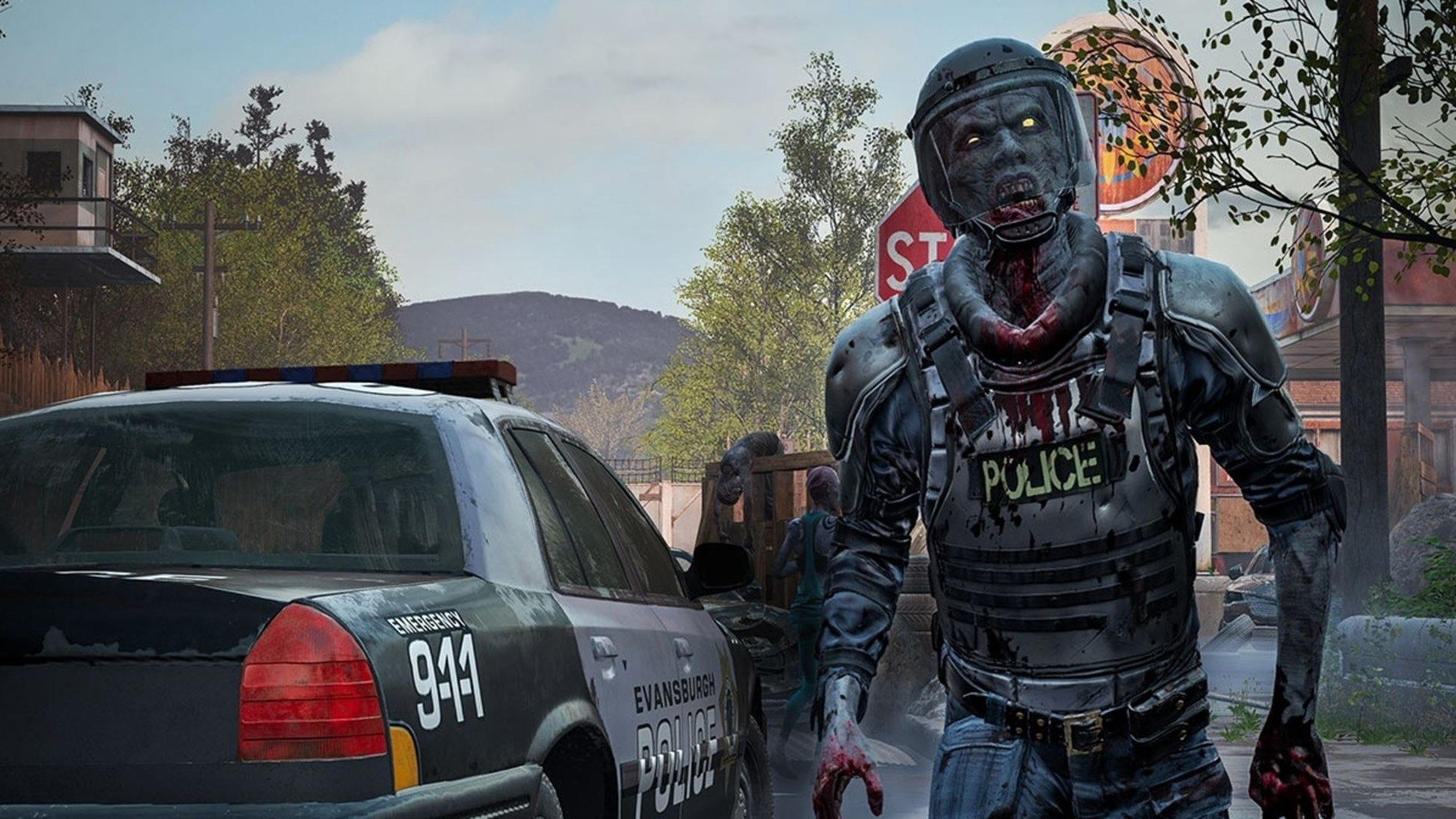 I found Back 4 Blood to be very much the spiritual successor to Left 4 Dead, to the point of it being nostalgic. The cards add something new, but I couldn’t help but wonder if the genre has moved on from this sort of zombie corridor shooter.

Whereas I enjoyed playing it, I’m not sure if the game has the legs to compete with the Call of Duty games and other more involved multiplayer shooters available now that weren’t about back in 2008. 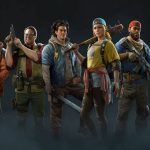 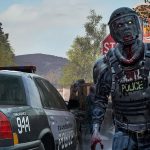 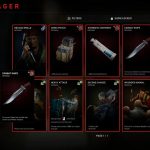 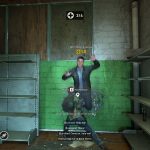 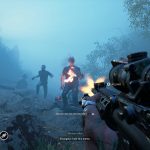 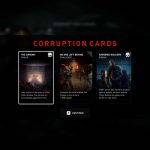 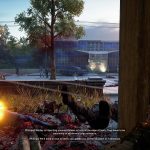 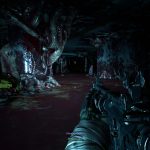 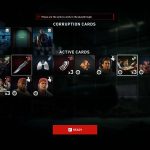 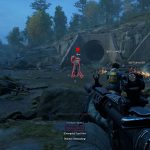 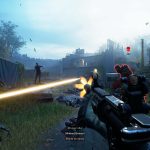 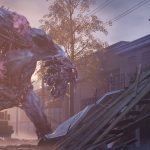 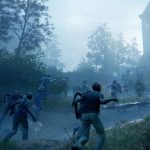 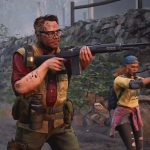 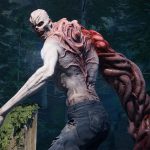 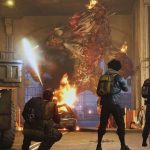