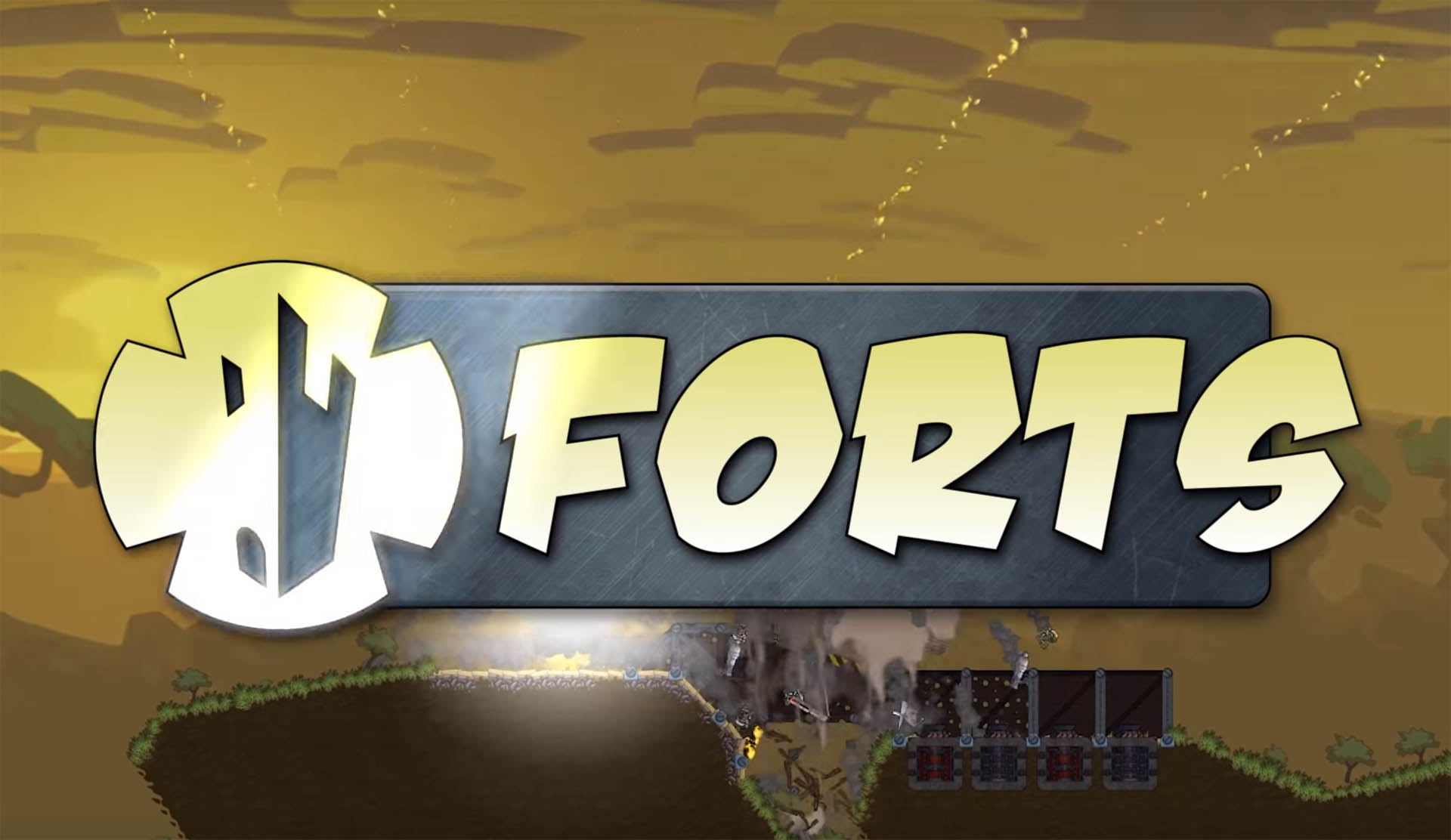 This last six months has been the time for games with extremely long development cycles to finally hit the market, with Final Fantasy XV, Nioh and Persona 5, to name a few. But even they can’t compare to the journey that Forts, by Brisbane-based Australian developers Earthwork Games has gone through. Begun in 2003, it has lived through three US Presidents and a whopping five Australian Prime Ministers.

Forts is a tower-based light real time strategy game mixed with some tower-building elements. It is hard to describe, but it is like a modern day Dome Wars (for those ancient among us) mixed with Worms mixed with tower defence mixed with Polybridge. The overall aesthetic is great, and strongly reminds me of the mobile game Fieldrunners. Your aim is to defend your fortress against the enemy, protecting your vulnerable reactor at all cost. 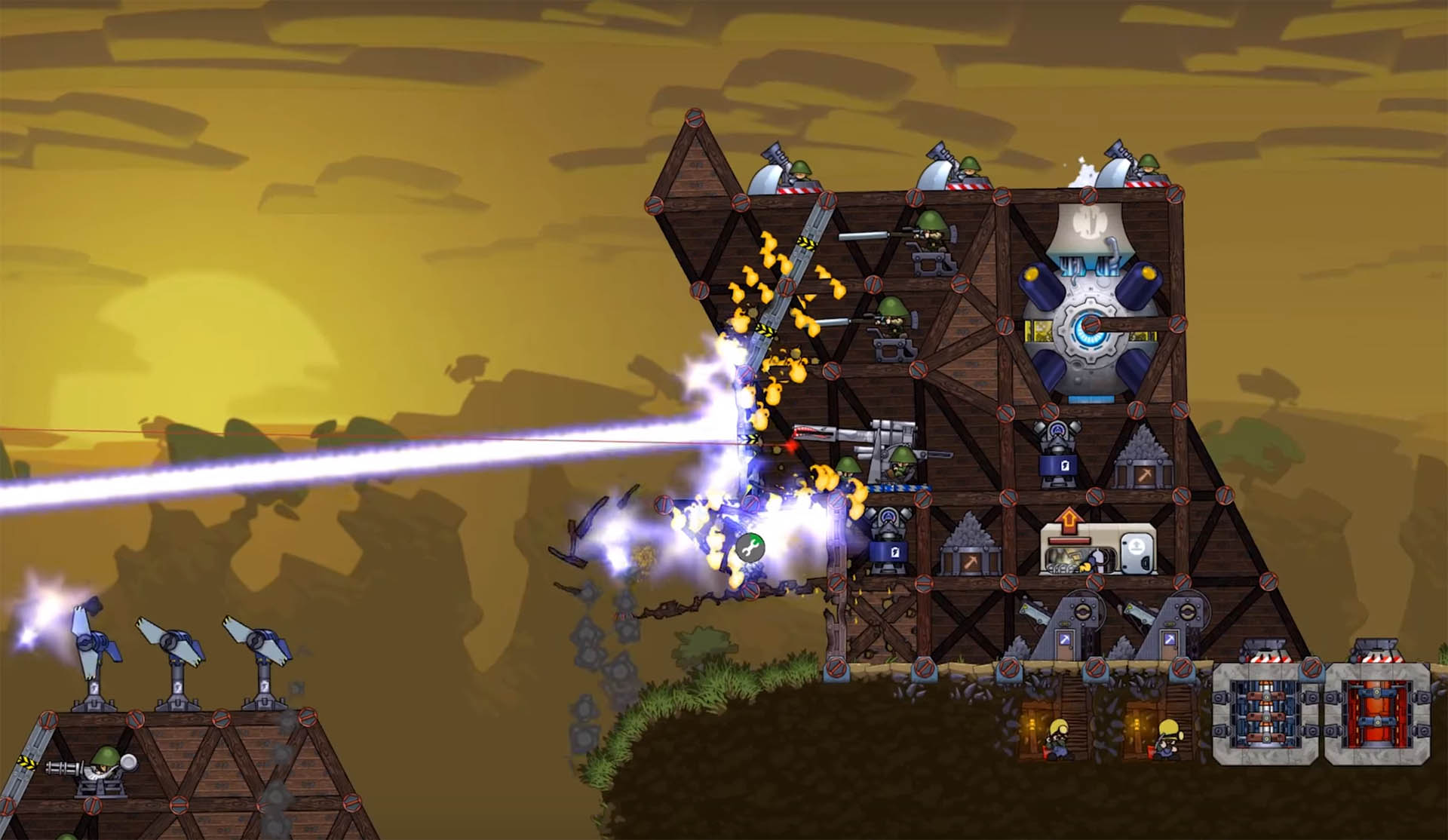 While defending your fort against enemy attacks, you slowly upgrade your base and collect resources. Building your base isn’t just placing buildings and unlocking tech trees (although there are those as well), but also means literally building up your fort around you. Choosing the right building material, deployed in a very specific way so as not to topple the whole thing over, is enjoyably stressful. It can be a little difficult in bigger forts to keep everything under control, but I feel that this is intentional on the developer’s’ part.

To start you off, Forts include a single-player campaign with 28 missions. It is really just an extended tutorial, but that’s okay, as the learning curve may seem simple at first, but quickly ramps up in difficulty. The AI in Forts can be brutal, on the normal level of difficulty I found myself constantly on the back foot, fighting for survival. Being so frantic and chaotic seems to have been a goal of Earthworks, and if so, they have succeeded mightily.

The experience about building and attacking in the single player will serve you well in the online multiplayer – the true heart of this game. Forts supports up to eight players with co-operative and team deathmatch. Multiplayer also adds a new twist, Commanders. Commanders have both a passive bonus ability and an active one, which can be used strategically to set up a great series of actions. In general, there’s a rush to one specific tech, which in some ways is limited. 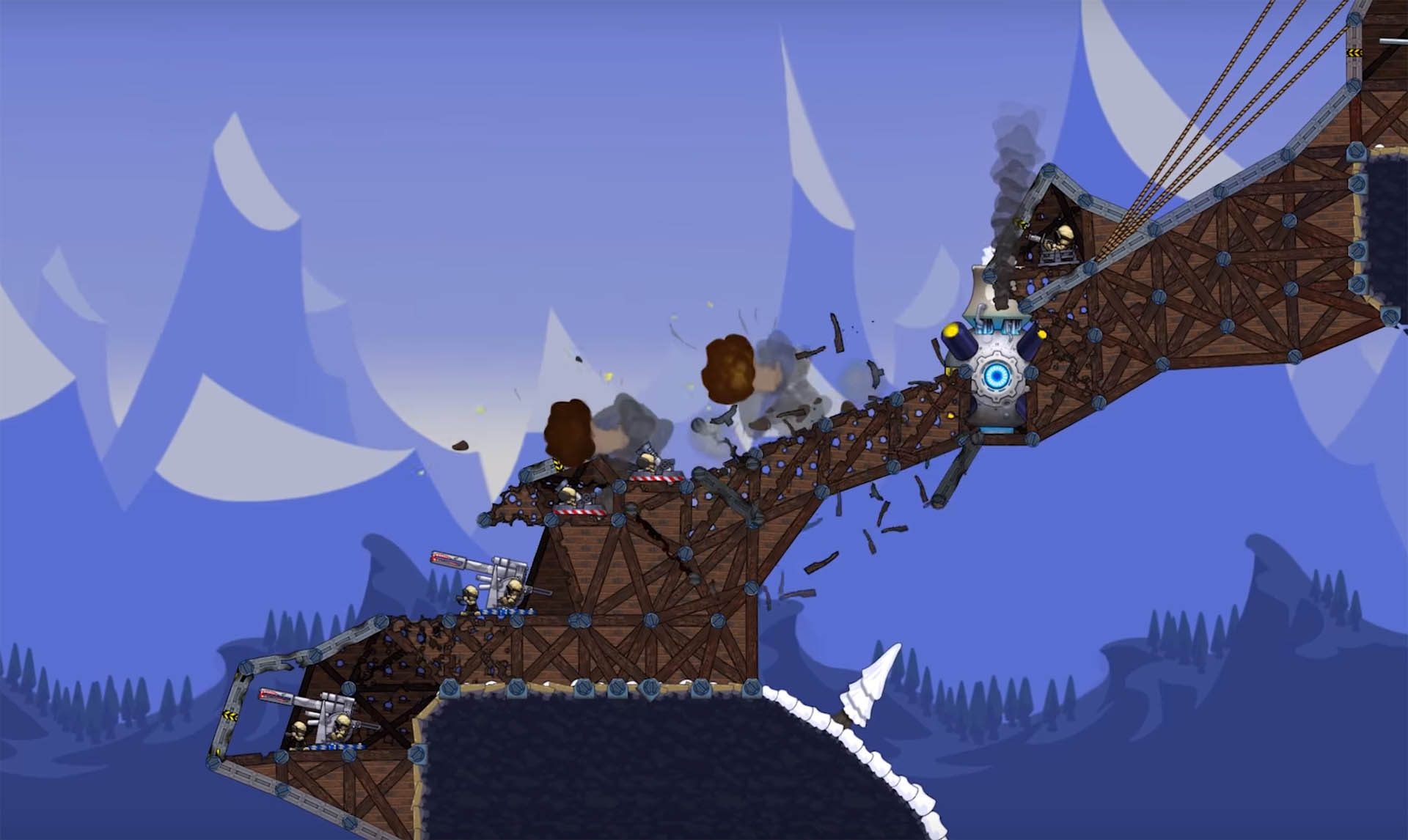 The game features a couple more niceties, clearly built for the long-term. It has a replay feature, including a video and GIF exporter, which is very 2017, as well as a map/level editor. I found only minor issues in my time with Forts. There were minor visual issues with running the game at 2560 x 1440p –blurred cursors and other random elements, as if some were not designed for screens above 1080p.

Yet even on a high resolution screen working out where exactly I should shoot was difficult, particularly with units such as the sniper. There can be a lot on the screen at once, and even on a 27 inch monitor, it was sometimes difficult to identify specific units on some of the maps. While the game does provide you with a where will this shoot guide, it only goes partway. Trying to make fine modifications to your shot trajectory is difficult, as you need to zoom in to do so. By doing that however, it impossible to see your enemy, thus defeating the purpose of zooming in at all. I think that a dotted line connecting your shot to its target location, alongside using the arrow keys to fine-tune should would make the entire game much easier, in a good, make-it-less-frustrating way. 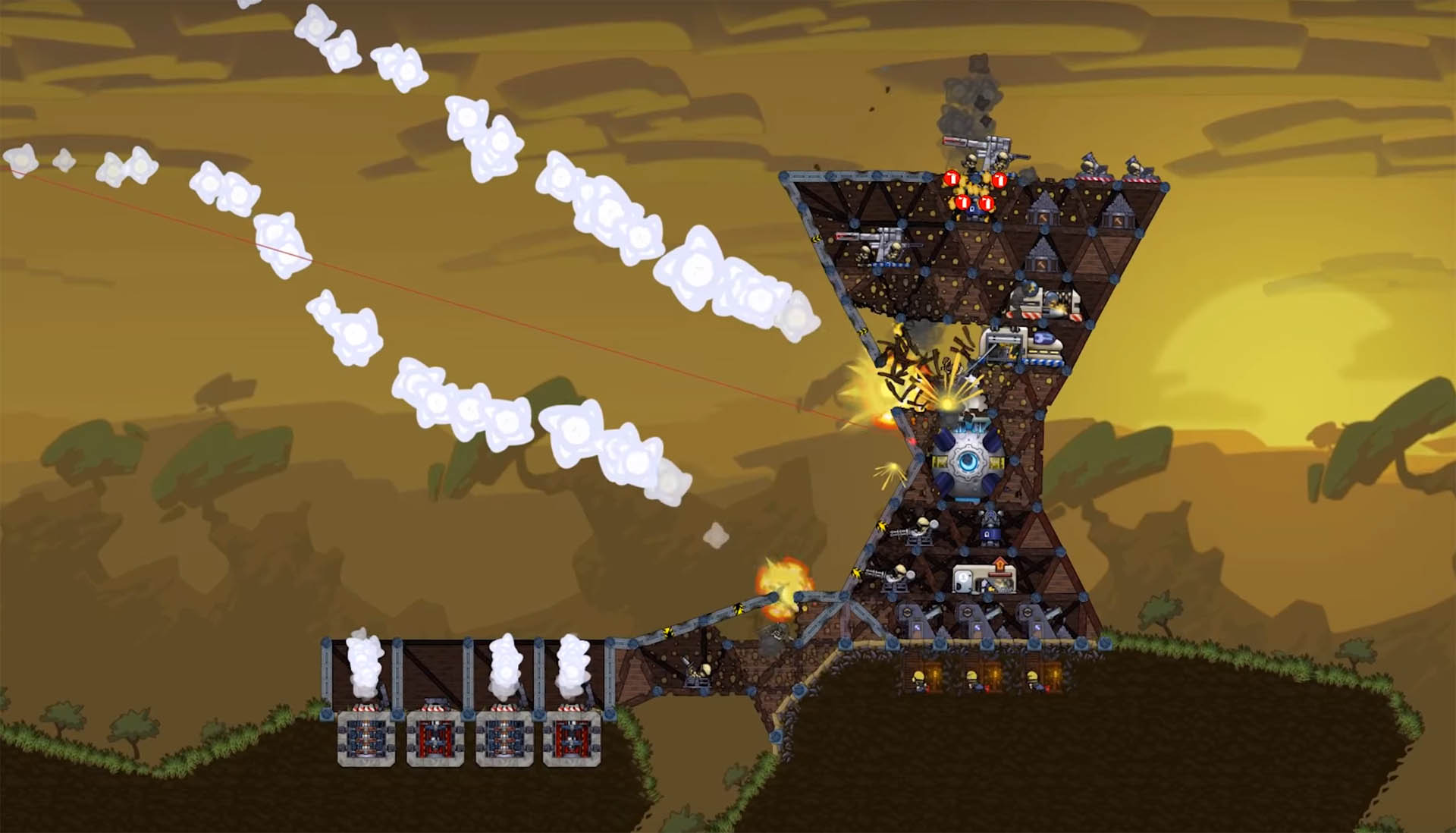 With a steady stream of updates every few days, the development of Forts is clearly steaming ahead, even after such a long time in development. It’s a good sign for the game’s future, and I’m sure that it will only continue to get better. Multiplayer is fun and fast, the premise unique and overall the design is well thought-through. I thought that Forts would be simple, but it is far from it. It has a surprising amount of strategic depth, depth that must be managed alongside the unexpectedly fast pace of the game. For those worn out by endless Worms updates, or if you’re just looking for a new twist on the RTS genre, Forts is a great little chaotic title that is well worth your time.