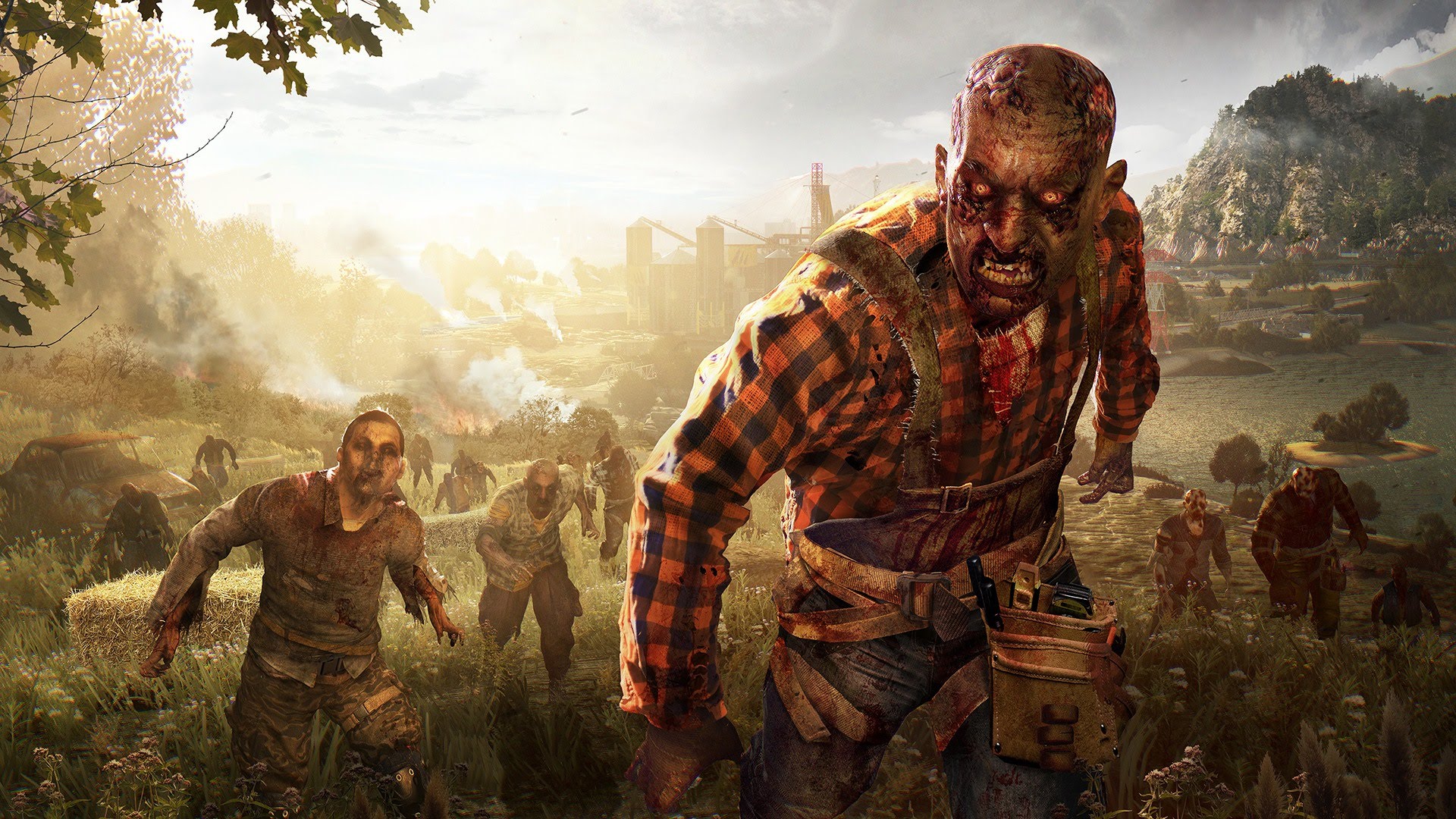 Despite my love of zombie games and movies, I never got round to playing the open-world survival horror game Dying Light from developers Techland when it first launched last year. Thankfully though, Warner Bros has brought the game back from the dead with the release of Dying Light: The Following – Enhanced Edition. This edition includes the new standalone expansion Dying Light: The Following as well as the original game, post-release downloadable content

In Dying Light, the story follows Kyle Crane, an operative from an organisation assisting survivors in the zombie plagued Turkish city of Harran called Global Relief Effort (GRE). A secret document has been stolen from the GRE and the culprit is hiding in Harran, if this sensitive document is released it could possibly jeopardize the lives of many. Your mission is to go undercover, find the perpetrator and recover the document. The story is unoriginal and predictable at the best of times however I still managed to be engaged right through to the end. 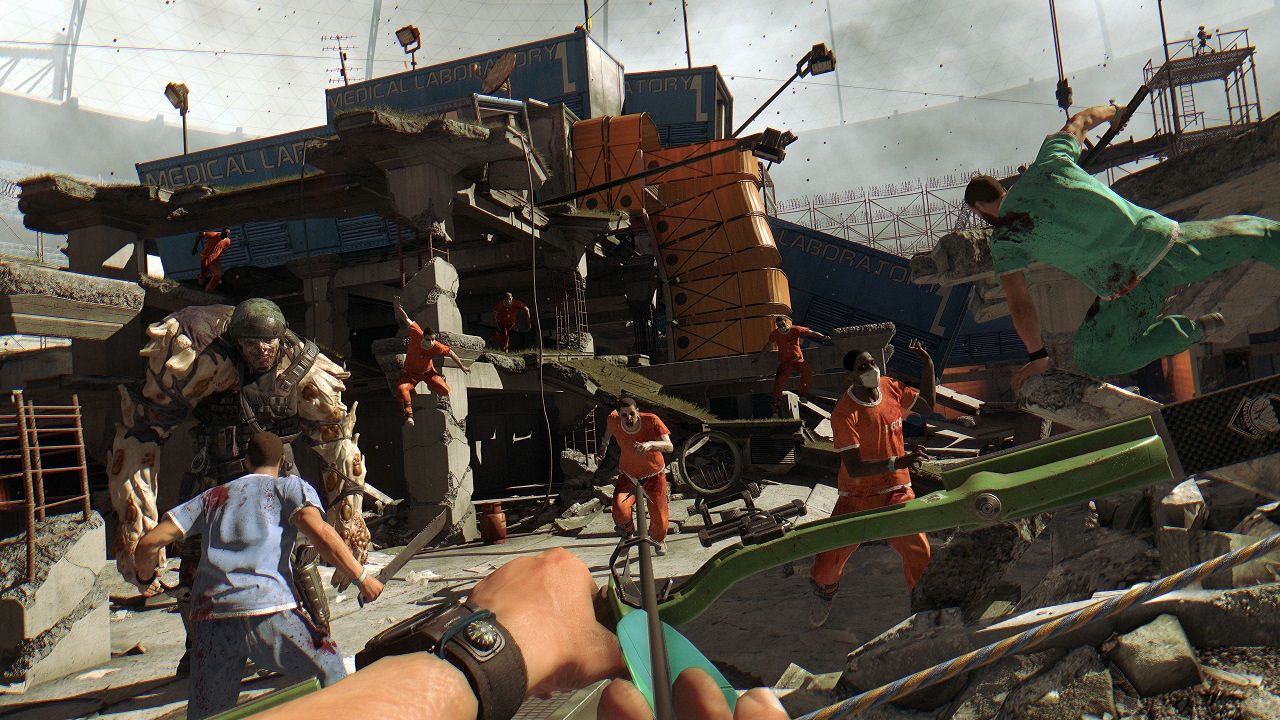 The story in the standalone expansion The Following manages to be much more interesting and unique than the main game although albeit a bit too brief. Crane receives word that a group outside the city has found a way to become immune to the virus. With many lives on the line, you set out to go investigate. You soon learn that the group of people are in fact a cultists group worshipping someone called the Mother. With the cultists being uncooperative towards strangers you must gain their trust and find out what is really going on.

Despite several characters getting a lot of screen time in the main story, I didn’t really warm up to any of them. I’m unsure if you are meant to like the main character Crane or not but I sure didn’t. When you are talking to residents of Harran, he genuinely acts like a normal protagonist, willing to put his own life on the line to help people out. He is however keeping secret his affiliation and blind loyalty to the GRE. 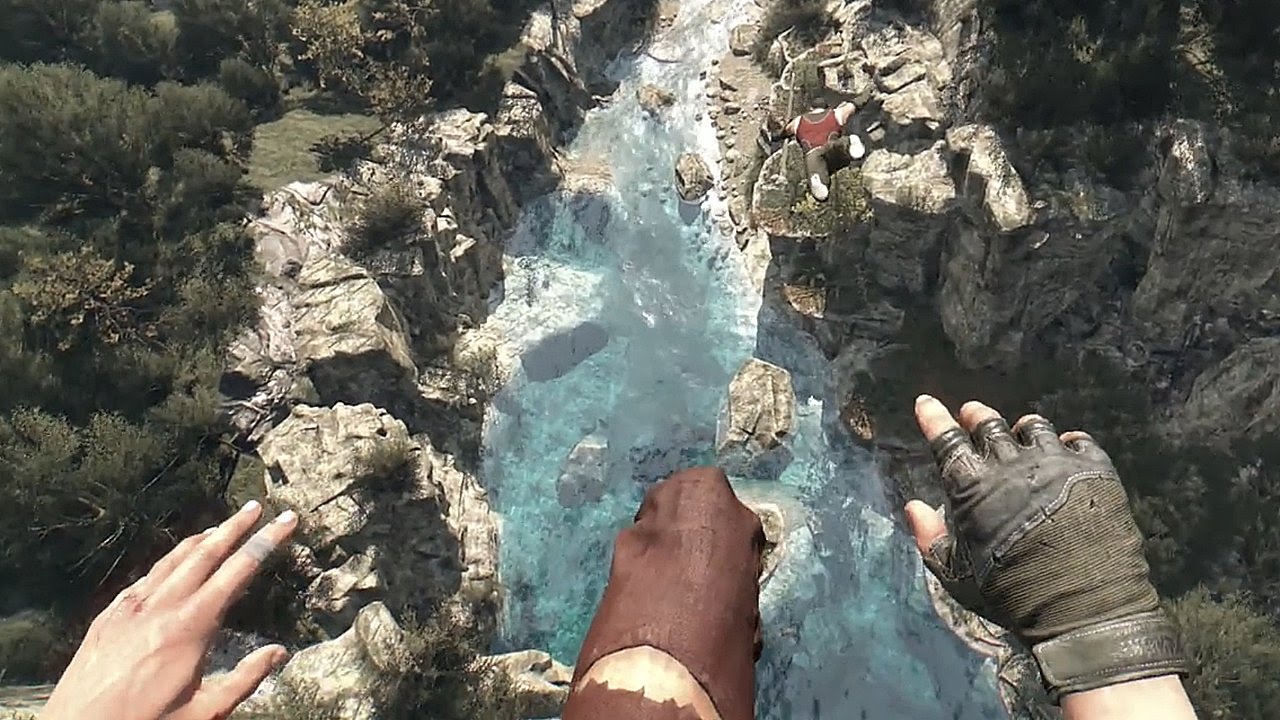 At one point early on in Dying Light he burns a whole lot of essential medicine, potentially sacrificing the lives of many innocent people, just to progress his mission. I’m unsure if you are supposed to push past and forget this event but for me is was at the forefront of my mind for the rest of the game, permanently tainting my view of Crane.

In contrast to the underwhelming main story, Dying Light manages to almost perfect side missions. These missions have you interact with a variety of interesting characters to undertake relevant and well developed missions that fit in with the events that are taking place within the world. They are also decently long and often feature a string of objectives you must undertake rather than simply going somewhere to fetch something.

The entire game takes place in three very large open world areas, two in the city of Harran and the other in an outlying area of country. Thankfully traversing these massive areas is simple due to some smooth manoeuvring mechanics. Most prevalent of which is the parkour mechanics which allows you jump between rooftops and ascend almost anything you can see. As the game is first-person, not being able to see your feet while attempting to parkour through the city can hamper things occasionally. 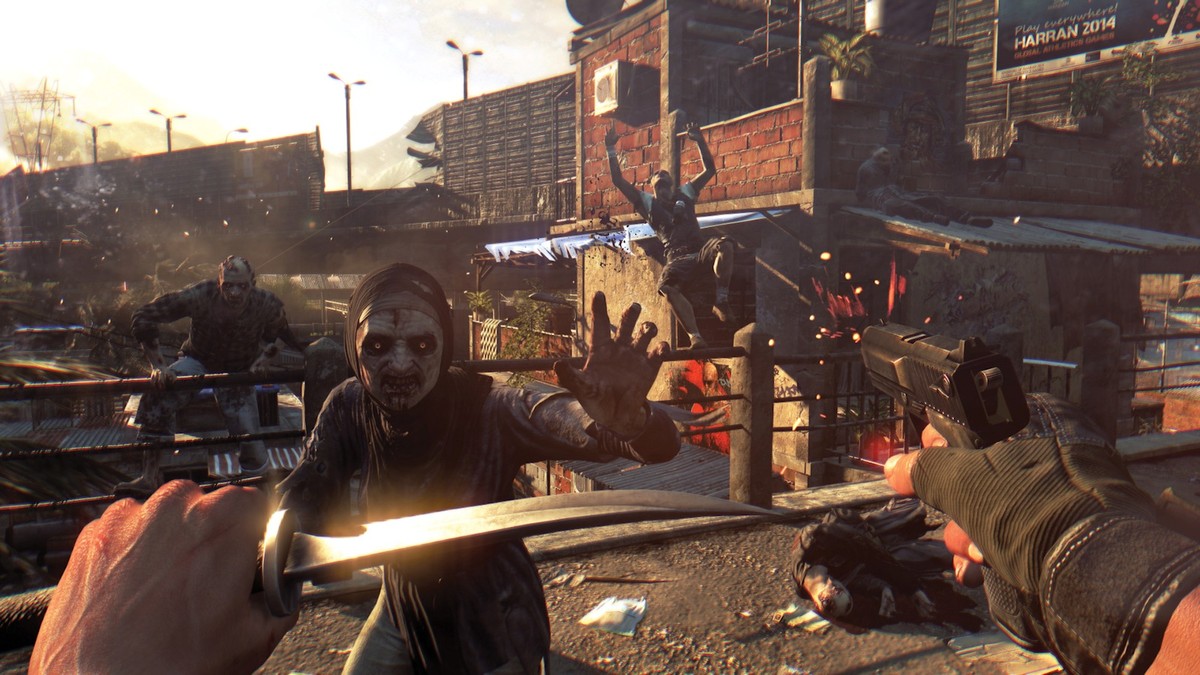 Midway through the game you are given a grappling hook adding some additional speed and enjoyment to the game. Using this hook, you can grab on to a surprisingly large portion of the environment to pull yourself towards it. There are a few limitations to it however, you only get two uses before having to wait for it to recharge. Also just because you can physically hook onto something doesn’t mean that you won’t fall to your death immediately after. Several times I hooked onto and pulled myself towards something only to find there is nowhere to grab a hold of with my hands resulting in me plummeting towards the ground.

In The Following, players are given access to an upgradable vehicle to add to their options to navigate the expansive countryside in. While a vehicle is certainly convenient, bordering on essential given how large the open world is, I did miss navigating the world via rooftops armed with only a grappling hook and superhuman parkour abilities. The vehicle was also a bit of a drag as you had to continually loot other vehicles for parts and fuel as well as repair it every time something breaks. Also being spotted by the superfast zombies resulting in a zombie pursuit was more annoying than fun. 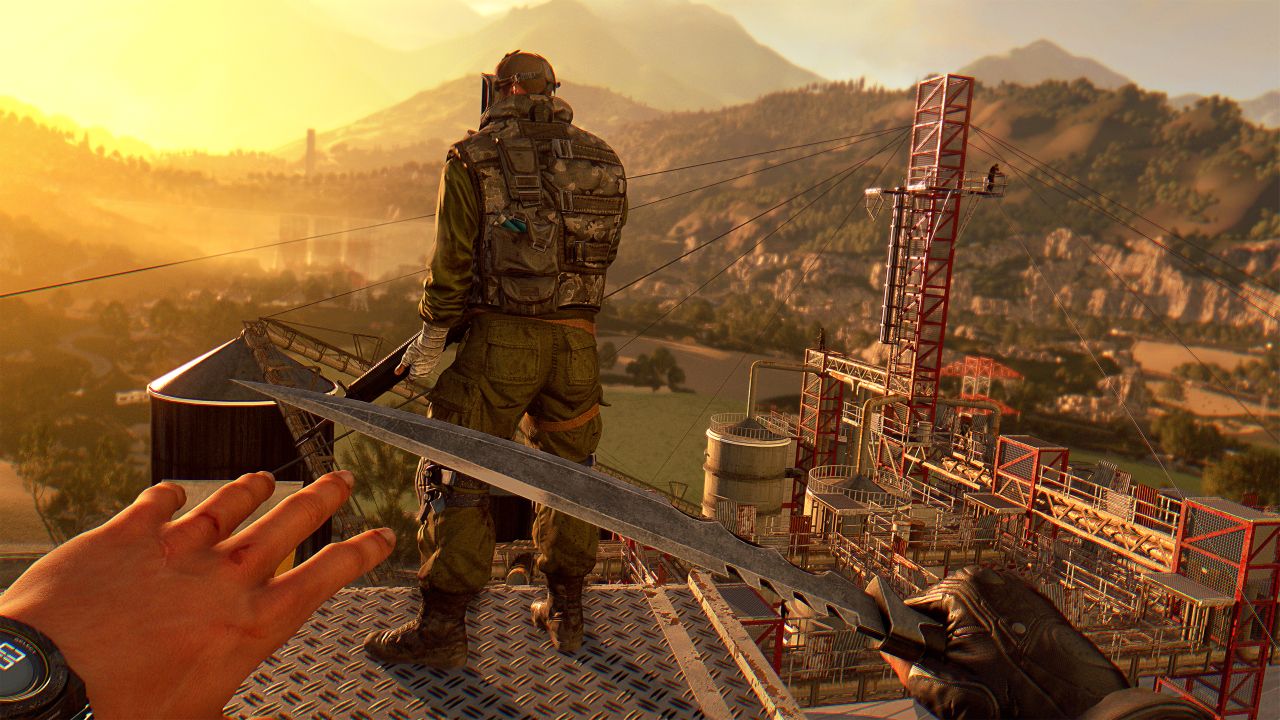 The game takes on a serious survival horror tone to the zombie apocalypse. In the beginning you must rely on scavenging supplies, makeshift melee weapons and good judgement on when to fight and when to run and hide. Zombies can easily be taken down individually however try to take on a group and you will find yourself amongst the ranks of the dead. This makes zombie encounters a generally intense and even scary experience.

As the game progresses you unlock increasingly powerful weapons including guns which makes the zombies seem less intimidating. Your reliance on scavenging also becomes reduced as your large supply of money grows. Eventually the game loses some of its survival horror tone that I enjoyed so much at the start. Several more powerful special zombies are introduced which try to balance the difficulty however these just take longer to take down.

A major focus of the game is on multiplayer, both drop in/drop out co-op and player versus player. As more of a single player gamer I much preferred undertaking the game solo and thus largely ignored the co-op aspect. I did however enjoy the player versus player aspect which is reminiscent of Evolve. Here one player invades another player’s game in a mode called “Be the Zombie” and takes the form of a special zombie called the Night Hunter. 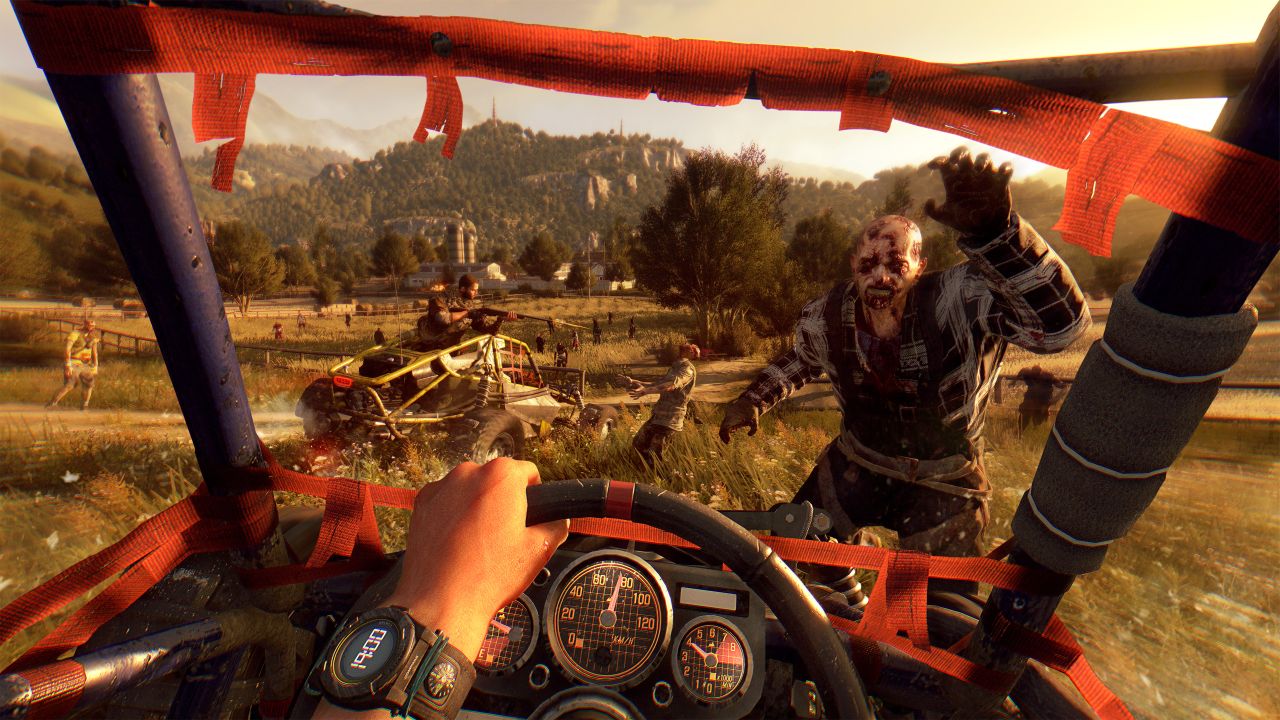 The Night Hunter’s objective is to kill the human players a certain number of times before the humans kill their all their nests.

Playing on the human’s side, especially when done solo, isn’t that enjoyable. I ended up disabling the ability for other people to invade my world altogether. Playing as the Night Hunter is however very entertaining thanks to several awesome attacking abilities as well as the smooth Spiderman-esque movement. I did encounter difficulty in finding a game to play as the Night Hunter though as players frequently kick you out or hide out in an area where you can’t attack them, hoping you will quit first.

The visuals and music are two areas which the game is lacking in. Visually, the environments were somewhat bland and unimpressive. The background music, although fitting in with the mood of the game, is quite annoying which detracts from the game. 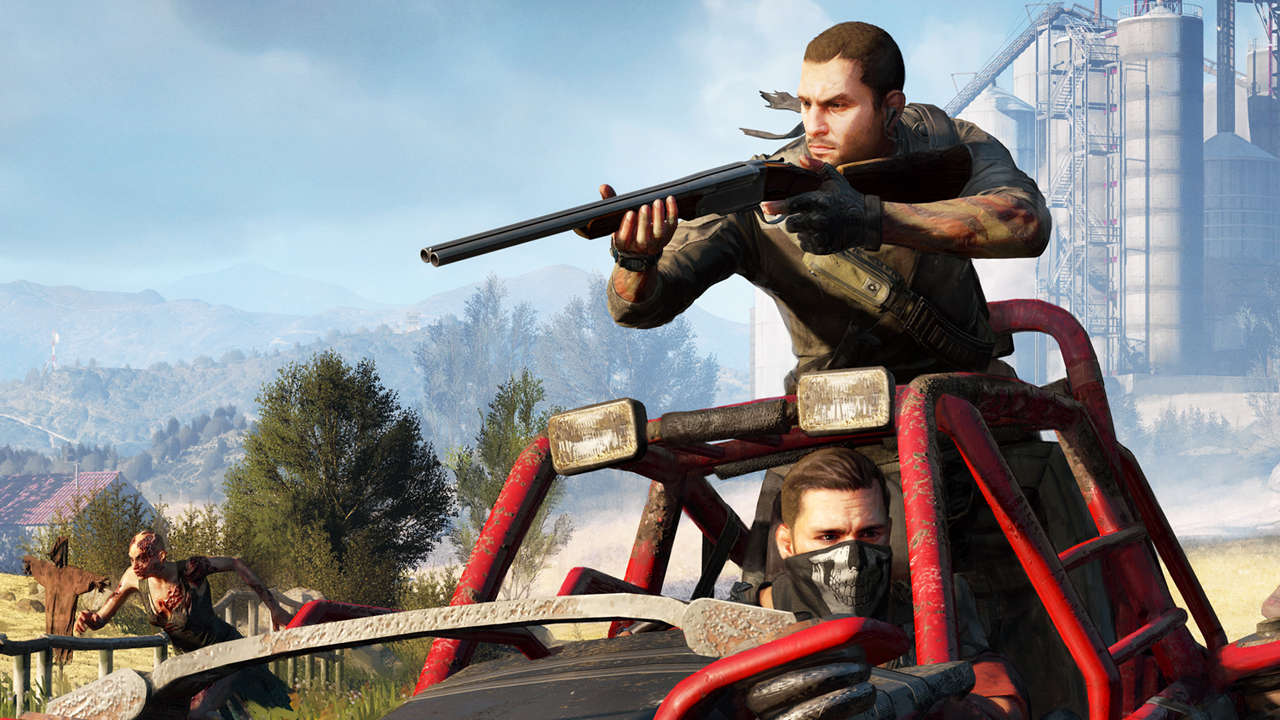 Dying Light: The Following – Enhanced Edition has several flaws in its story, difficulty drop towards the end of the game and subpar visuals and music. Despite all this, I was able to overlook it because of the otherwise excellent gameplay and expansive zombie filled open world to explore. Overall it manages to be the biggest and most polished zombie game I’ve played to date. This Enhanced Edition offers a great chance for newcomers to the series to give the game a go if you missed it when it first launch last year.