Knack was one of the PlayStation 4’s launch titles back in 2013. While it conveyed initially interesting concepts the final outcome was less than impressive. Knack II is now on its way and well, we can just hope it finds a new direction to take this title.

Knack II is an action-adventure platformer style game that trails on from the first instalment, following the character of Knack, a sentient relic that can collect and dismantle other relics as needed, and Lucas, his human counterpart. It provides a rough explanation of previous events, enough so that playing through the first isn’t a necessary prerequisite.

The universe is an interesting one that combines fantasy and modern world concepts to give a space marine-esque feel. It is an enjoyable one that takes you to mostly interesting locations to traverse and navigate. Levels themselves are mostly linear in nature but do provide secret areas and sections to explore for a bit of diversity. 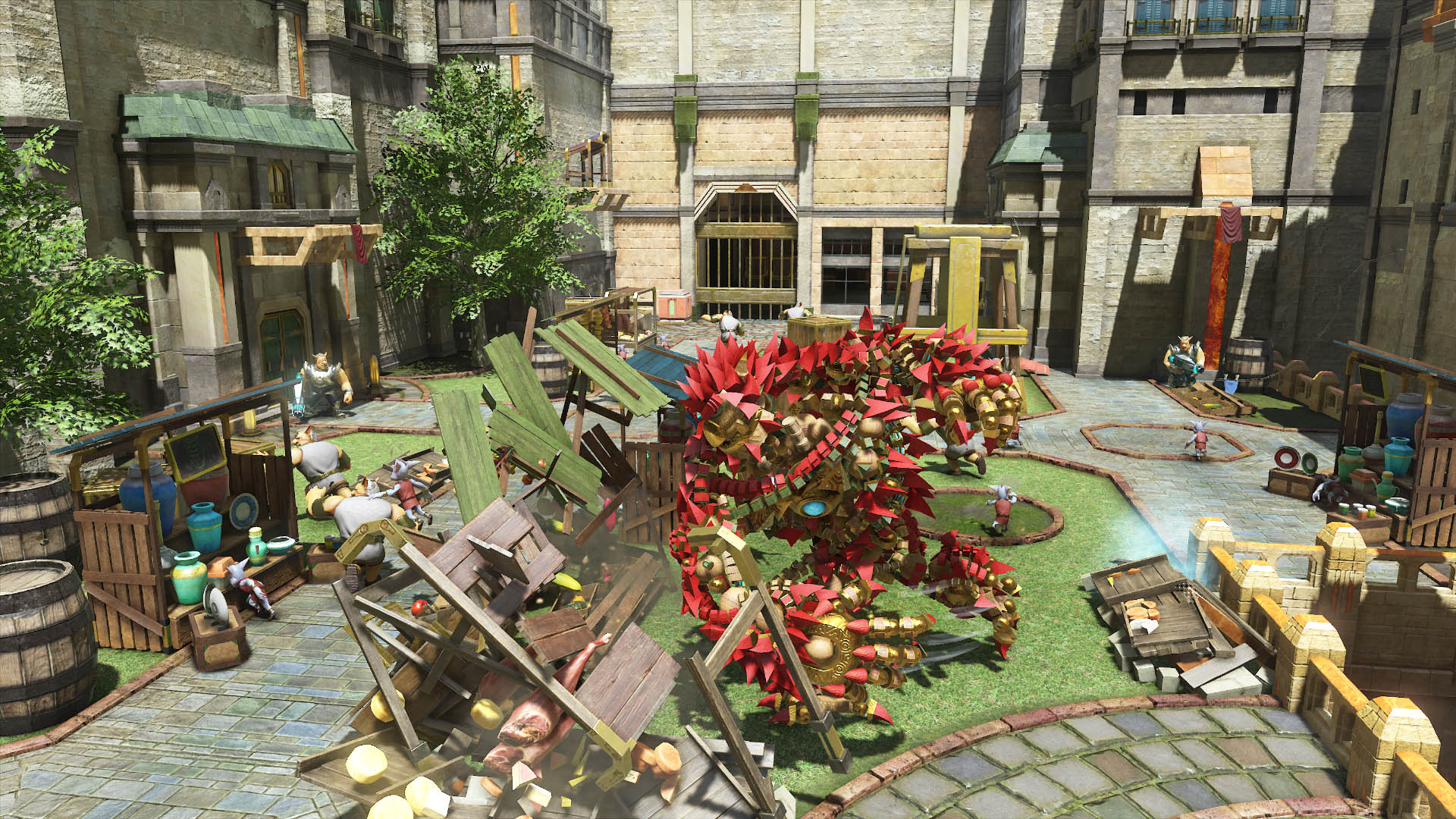 The story itself is decent and involves the run of the mill ancient race returning to cause mayhem requiring detective work and exploration that generally involves defeating numerous minions along the way to then eventually save humanity.

This premise does provide some level of interest but not an integral amount. This in combination with the lack of expression and personality of the characters involved sells it severely short.

Having little familiarity with the characters I lacked any basic prior attachment. This is not rectified in any instance as all the characters, including Knack, severely lack engaging, interesting or really any personality at all. They are all just persons involved in a thing spouting unconvincing and uninteresting dialogue.

Even the nature of the relationship between Knack and Lucas is vague and distant as they have little meaningful interaction. Is Knack a pet, friend, protector or something else. Knack seems, well, consistently helpful and slightly caring but the lack of dialogue and character interaction makes it hard to care one way or the other. I don’t even know why Knack sticks around with the implied co-main character. You never play as him and as far as I can tell, Lucas does a whole lot of nothing. 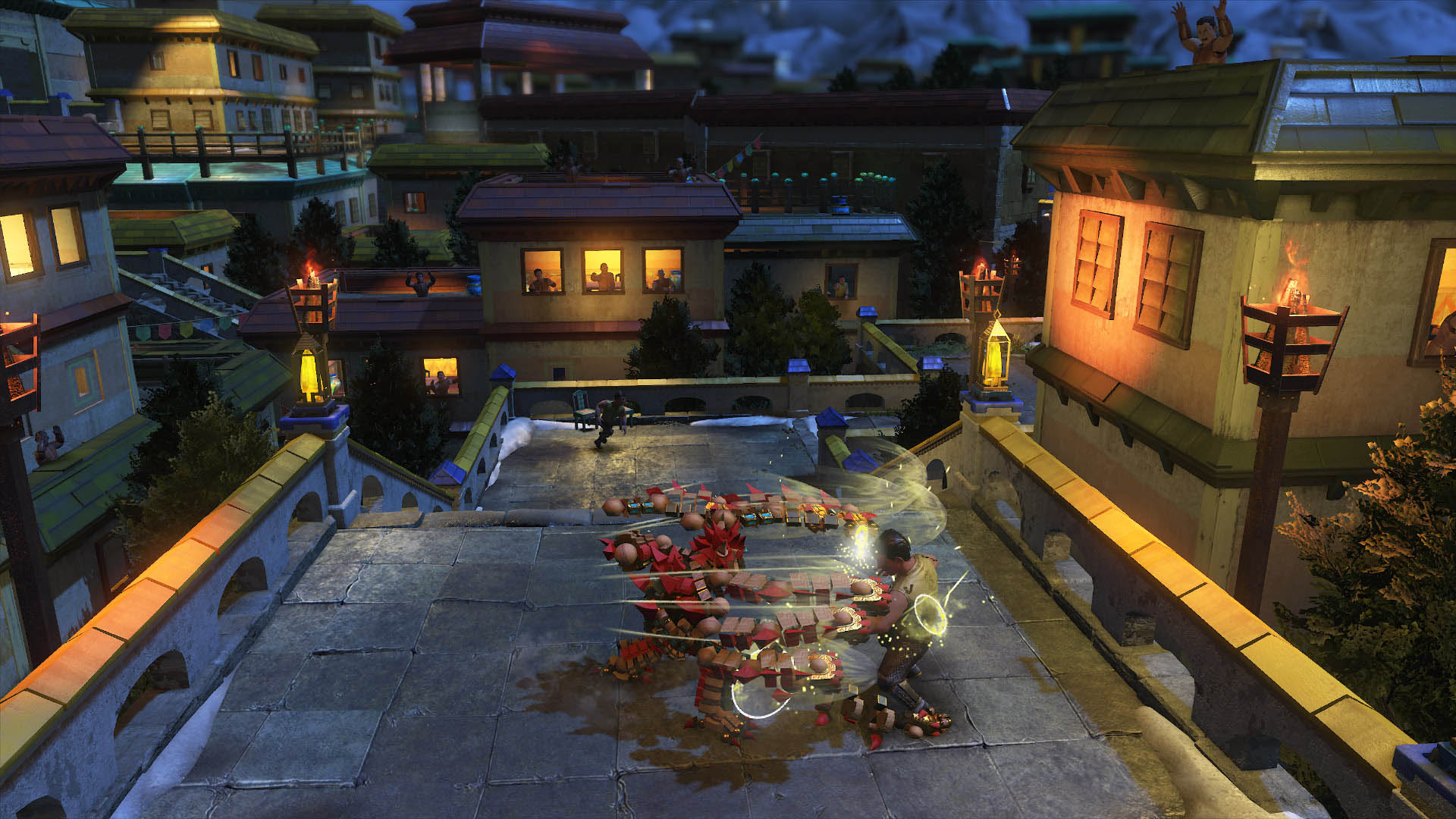 The art direction is also a tad unconventional and takes some warming up to but it grows on you. The colour schemes and general look of the game are vibrant and carry energetic tones. Graphically, given the art style, the game does an adequate job with little room to complain.

There is a decent selection of collectables and bonus level challenges that does provide and extra level of fun but not drastically so. There are bonus items that you collect to build helpful gadgets for Knack to equip but the parts randomly fill chests and so you can’t be sure when you will obtain that last piece of the gizmo.

The one tedious aspect of trying to find these secret spots is the only thing that actually makes them a “challenge” to find is the fixed camera angle. This mechanic doesn’t just cause annoyance here but also brings almost no end frustration to most aspects of the game; platforming, combat, co-op, etc. 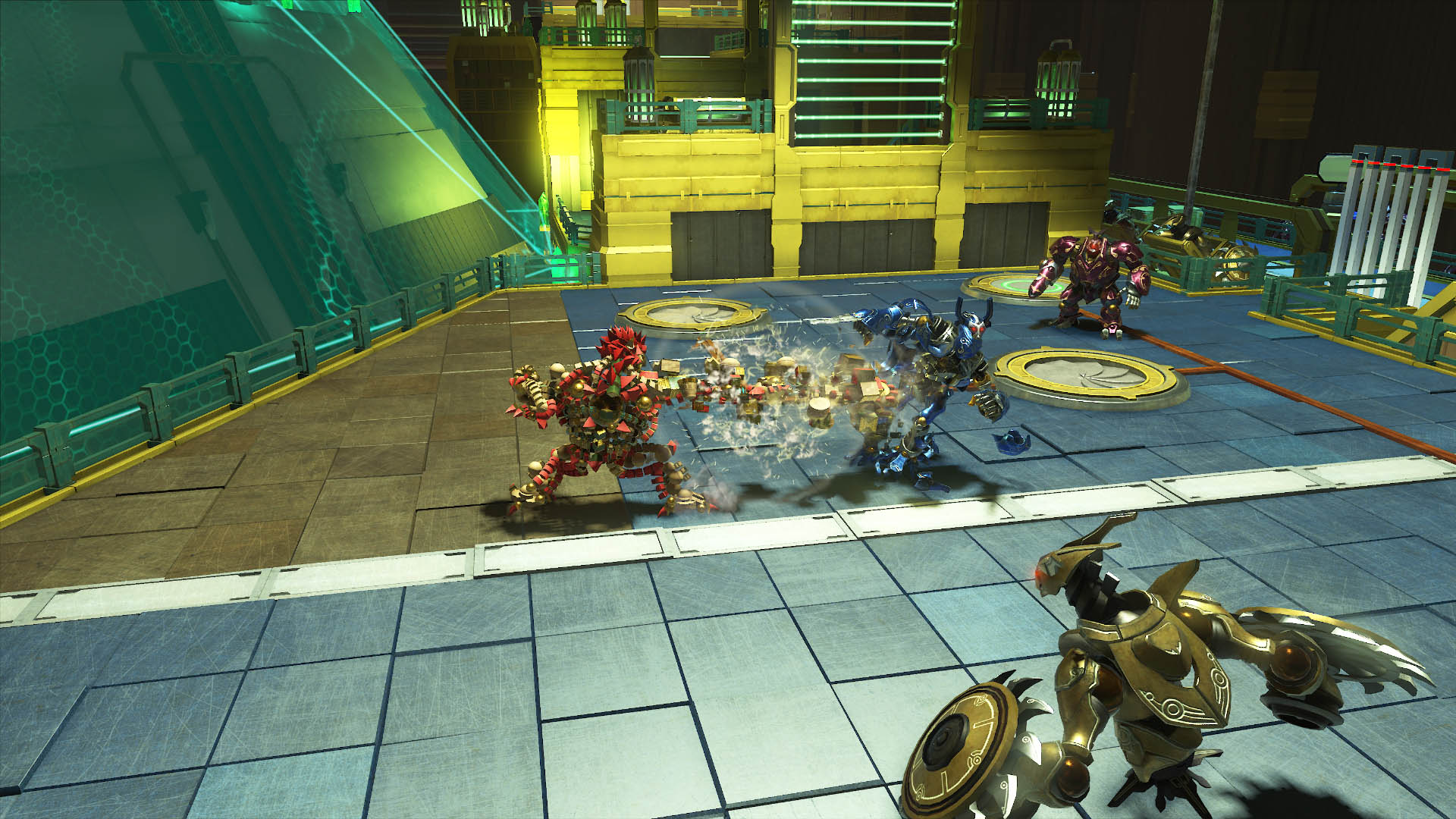 The combat aspect, while initially involving a punch and kick action, progressively diversifies. There are upgrades to be purchased when enough relic energy has been collected and other in-Level upgrades that do make combat more interesting and engaging as the game advances.

One redeeming factor for this game is its local co-op capacity. It is not a ground-breaking co-op game but it certainly makes the whole thing a more enjoyable experience. While there aren’t specific team based traps or puzzles, having two players does make some puzzles a bit easier to get through. There are a few bonus actions and attack moves that can only be utilised in co-op mode, making it a slightly alternate experience from single player. Along with this Knack II actually does a reasonable job of including the second player in scenes and scenarios where only one Knack is needed. I found this to be a nice touch to the experience and overall did not feel like it was a tacky afterthought by developers. 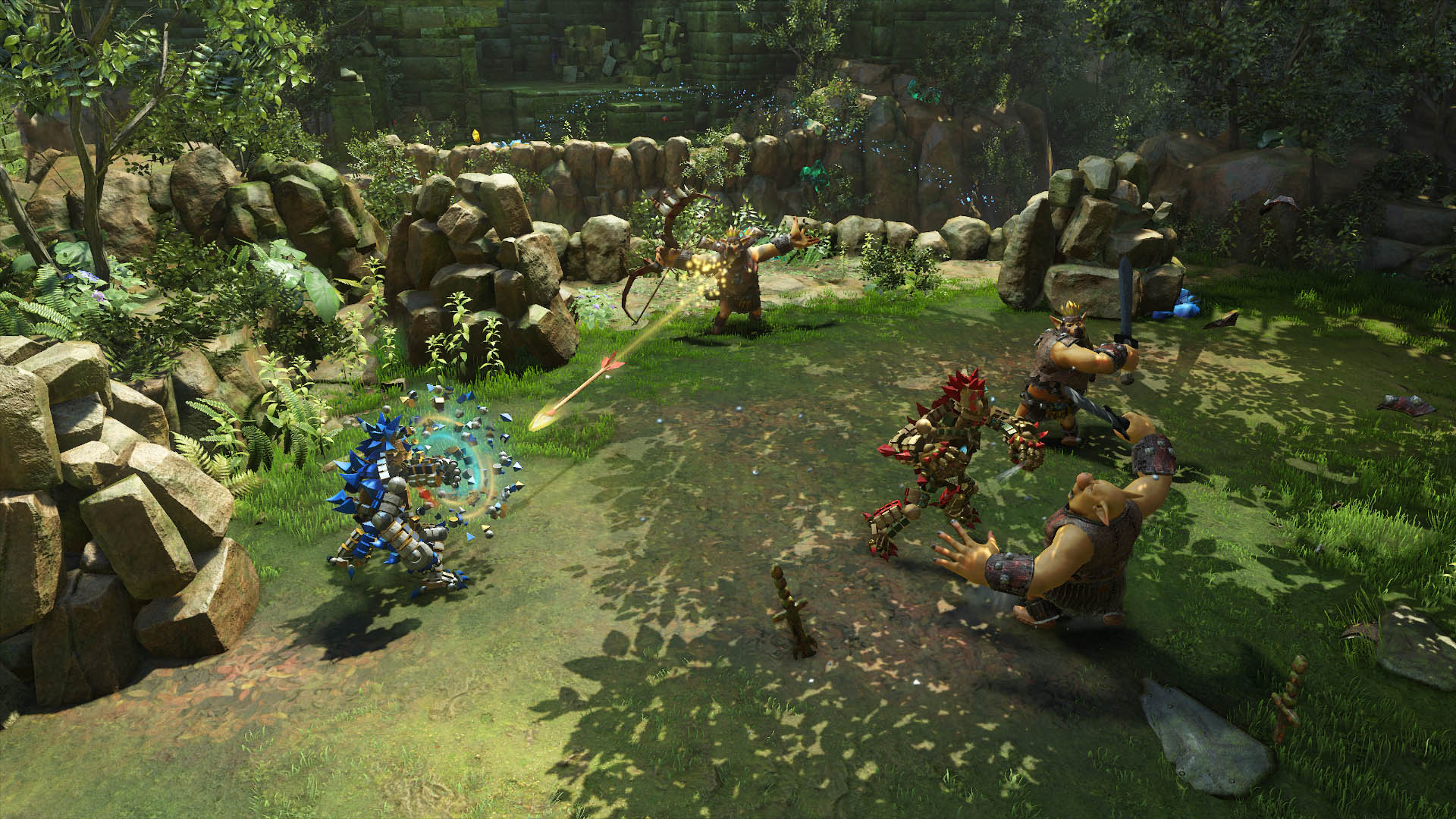 The game seems aimed at a much younger audience, perhaps from the lack of complex dialog or the simplistic interactions, it does feel a game for a less mature audience. That said even for a more child oriented game I still feel it lacks a certain level of engagement. Many children orientated games employ, while simplistic character interactions, a sense of humour or silliness that, while not deep, meaningful or complex, still provokes a higher level of engagement from the audience. Sadly, Knack II lacks even this.

Knack II is an improvement on its predecessor, it brings a nicely balanced and enjoyable combat system to a different world for players to engage with however it does lack severely in personality. It may not be on my Christmas list but it does provide simple entertainment that is improved with the addition of a friend. 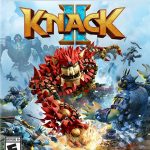