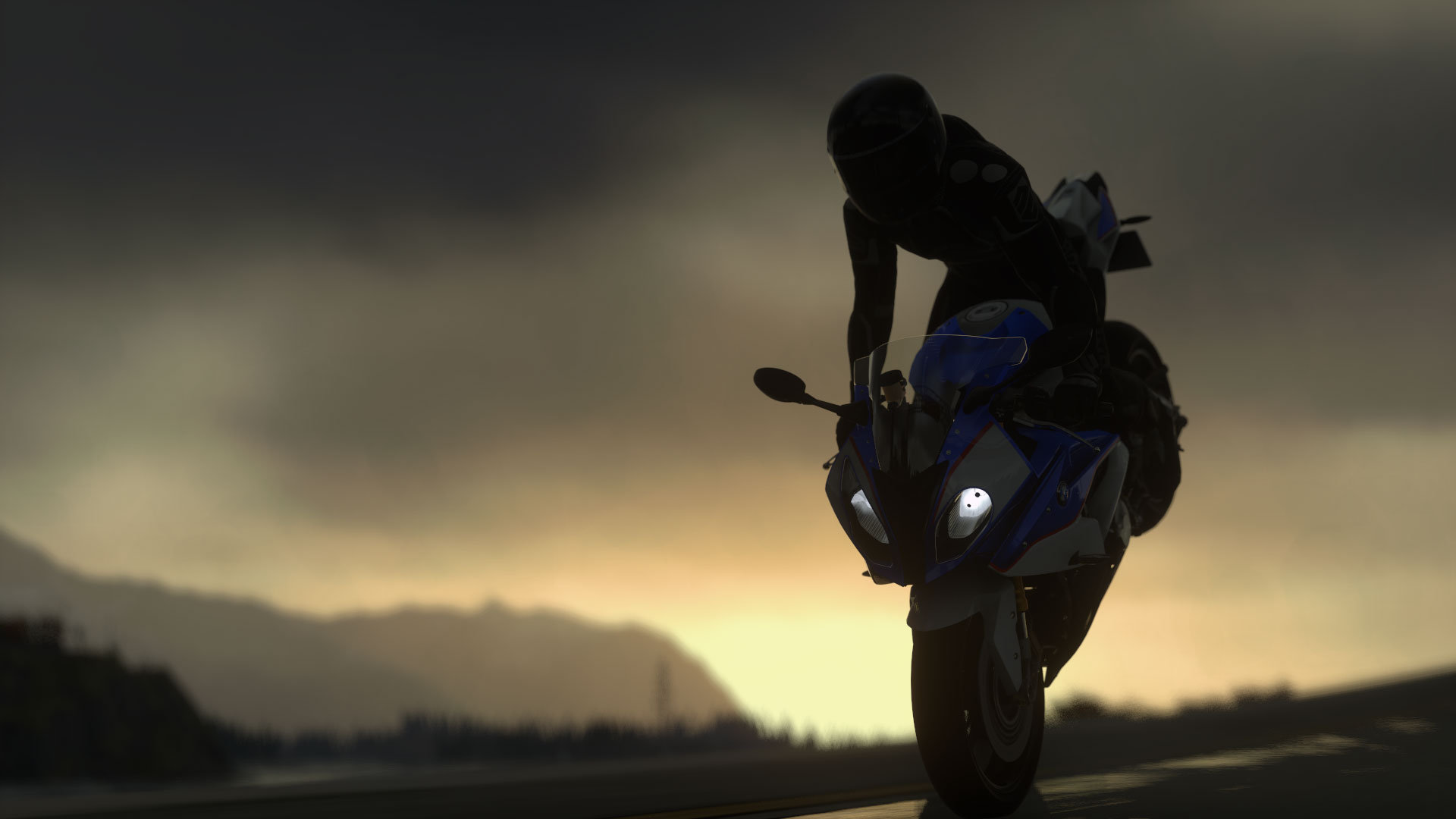 The PlayStation 4’s exclusive racing game, Driveclub gets a major upgrade with its Driveclub Bikes DLC pack, adding two-wheeled superbikes into the mix.

To say that Driveclub had a difficult birth would be an understatement. Originally due to be released as a freemium game for PS+ subscribers, the launch of the game’s retail version was so chaotic that the developers had to change their plans. The free version got delayed whilst server and connection issues plagued the retail release. Fans got angry and things turned nasty.

But that was a year ago.

Whilst the state of the game at release was absolutely inexcusable, the game’s problems diverted focus from the game’s successes, namely the realistic simulation of speed and the absolutely gorgeous visuals. Don’t get me wrong, it’s not the best race game out there, that accolade goes to the likes of Project Cars or one of the Forzas. But Driveclub is probably the most accessible. You just pick a race, pick a car and off you go.

Once the game’s server issues were resolved, content updates resumed introducing weather effects and a multitude of premium expansions. Even though I loved the game, the new content was never really enough to entice me back to the game. I’d moved on. 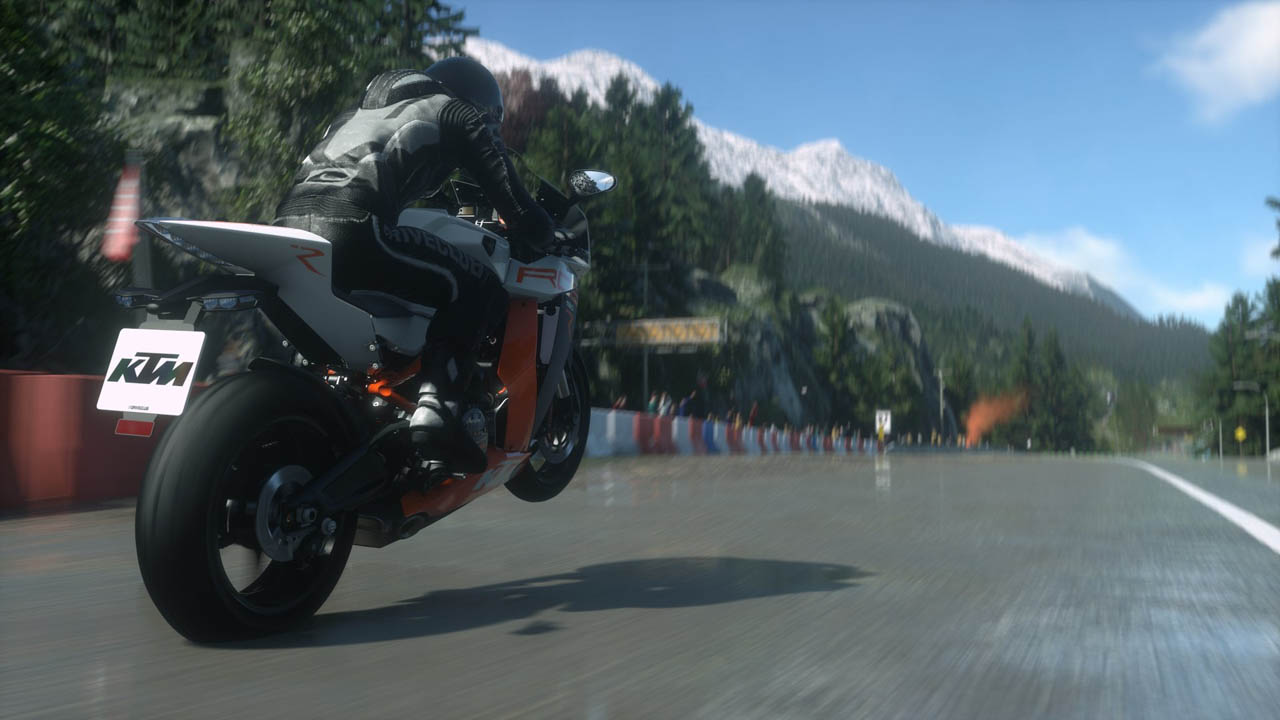 Driveclub Bikes is more than just another premium bit of Driveclub DLC, it’s a game changer. Well, sort of. The whole two wheels is better than one philosophy applies to the expansion, without a doubt, introducing a new level of heart-in-mouth speed to the game. But at the same time be it bikes or cars the format of the tours and races is the same. The circuits and courses are the same as well.

The single-player events are divided up the same way that they are with the base game: into races, time trial, sprints, but with skill events replacing the vanilla Driveclub’s drifting events. The skill events work the same as drifting in that players must wheelie, stoppie or achieve certain speeds in the indicated zones to earn points. All the other events are exactly as the game’s four-wheeled equivalents.

Like the main game, multiplayer races are entered using a rather clumsy event sign-up process that has you choose an event and wait for the timer to run out. The servers then create matches and place players in races. Nine times out of ten my bike race failed (as there were probably no other motorcycle players) and I was, frustratingly dumped into a regular car race. As a paid-for expansion over the freemium nature of the base game, Driveclub Bikes does run the risk of having empty lobbies. If multiplayer is really your thing, you are really going to need a load of like-minded friends to compete with. 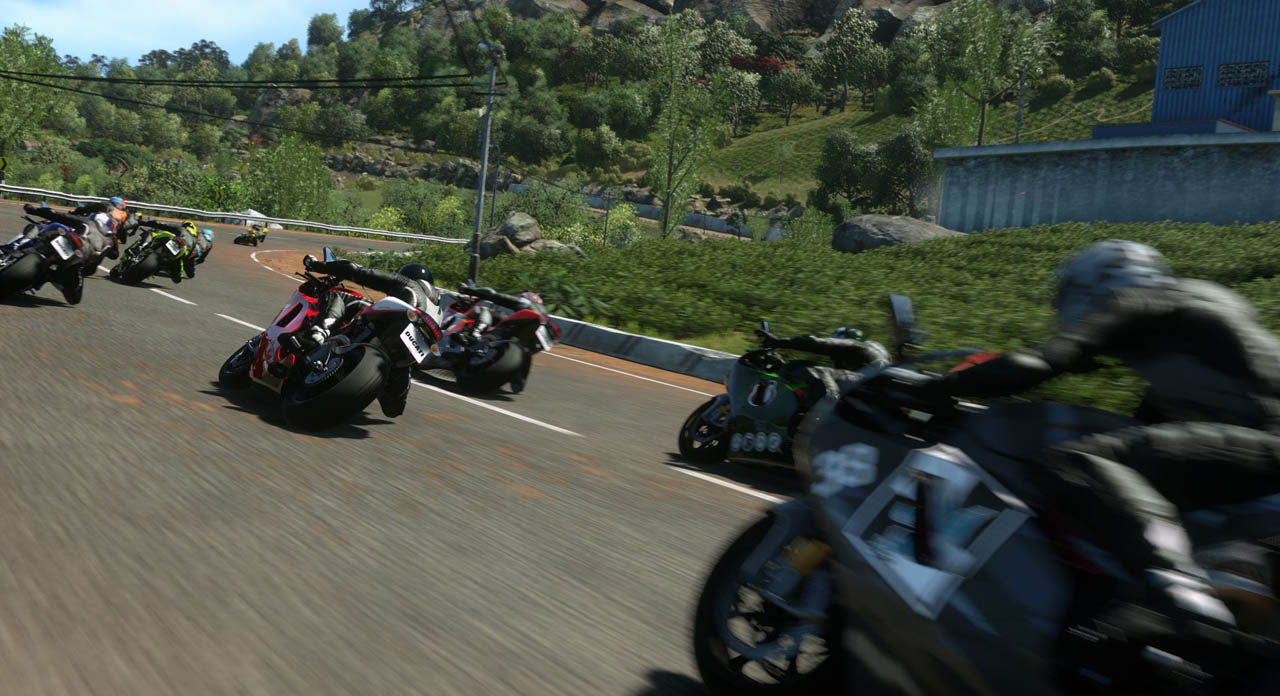 As with the cars, the bike models are stunning, borderline photoreal. The game features superbikes from all the major manufactures, such as Yamaha, Kawasaki, Honda, KTM, BMW, Ducati and MV Agusta. Classic rides such as the Yam YZF and Kwakka Ninja are available to ride straight away as well as a few others, with the rest unlocked as you level up.

Like their four-wheel counterparts, the only customisations available are aesthetic. The lack of any tuning options is going to upset those of you used to setting up your own machine as can with Milestone S.r.l.’s Ride.

The bikes handle very well, in fact perhaps a bit too well. With the exception of Gran Theft Auto V, I’m usually a bit rubbish with motorbike games until I put in the required amount of hours to calm down a bit.

I’m not sure if Driveclub Bikes was mothering me a bit with its bike physics or I’m mellowing in my old age and able to take it a bit easy, but I was able to negotiate the tracks with remarkable ease, and at break-neck speed.This could, of course, be down to the fact that this year has also offered me extended playtime with both Milestone’s Ride and MotoGP 15. 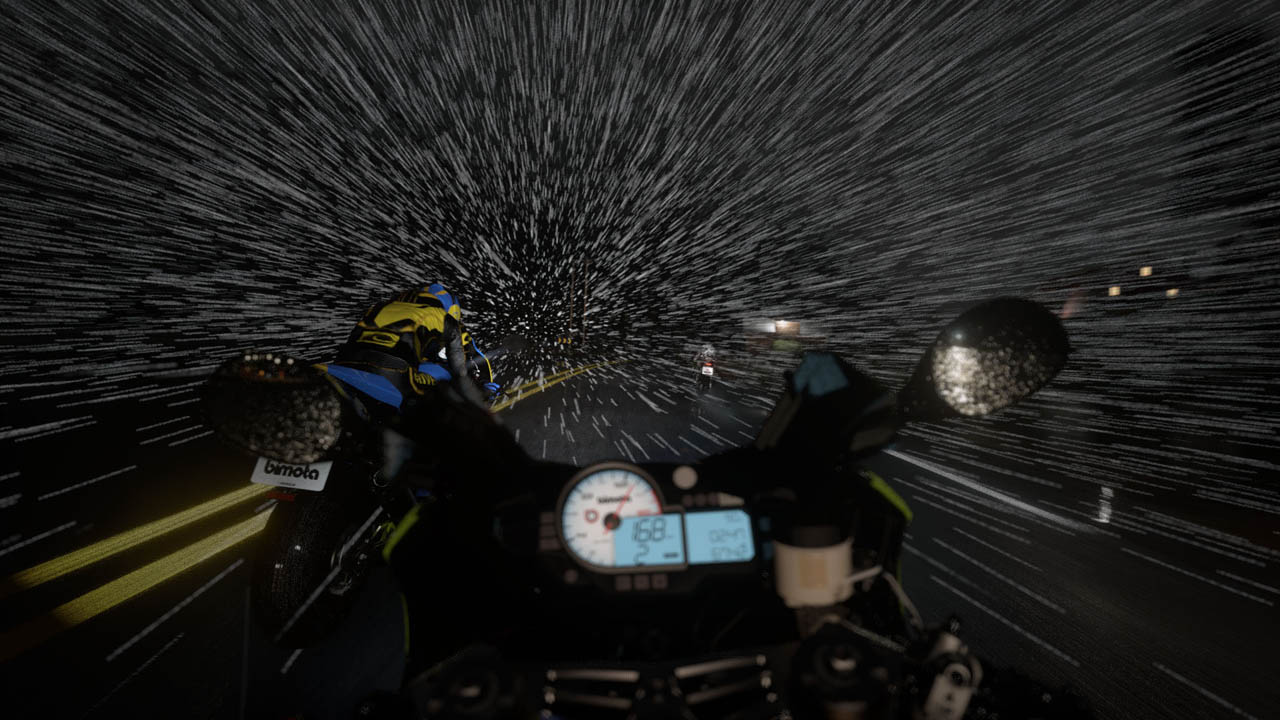 Motorcycle games can be tough for new players used to four wheels. Bikes don’t really power-slide, and when they do, it doesn’t usually end well.

The same with dumping the clutch and tearing away at full throttle; the end result usually being the rear wheel overtaking the front causing a cool, but catastrophic, from a racing point of view, wheelie. The same goes for grabbing a handful of the brakes where, instead, the rear wheel tries to overtake the front causing an, again rather cool, but dangerous, (especially on a corner), stoppie.

Riding a bike is all about careful control of your speed. There are no second chances at a corner. The MotoGP games are all about the above. Unforgiving and a bit dry. Driveclub Bikes seems to understand that you may want to show off a bit and that’s perhaps why the handling physics seem a little more forgiving. 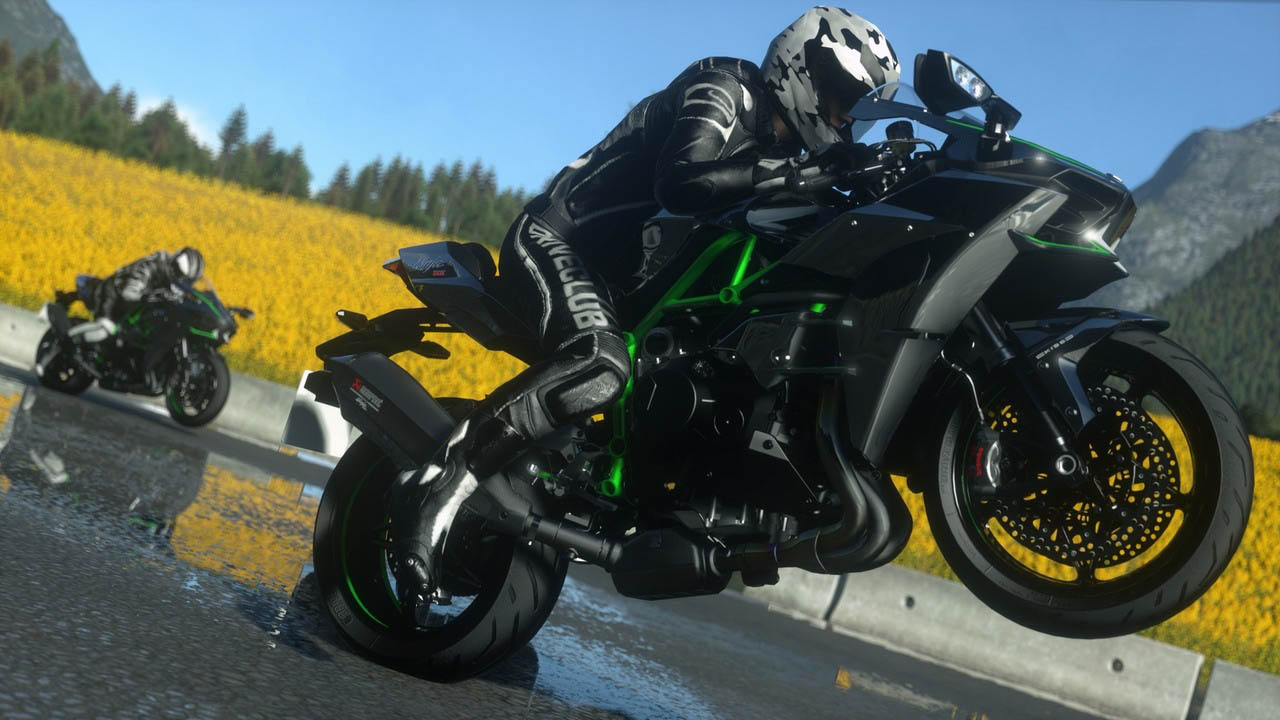 The introduction of bikes throws the use of a wheeling wheel in the game a bit up in the air. I found driving cars in Driveclub great with a wheel, but it’s a bit weird controlling a bike using a steering wheel. But, the fact that you can use it highlights the simplicity of the control system. Unlike most other bike sims out there, Driveclub Bikes doesn’t offer players much control over the rider’s weight distribution apart from leaning back to perform a wheelie. There’s no shifting to the left or right to improve cornering, I didn’t even notice the rider tucking into the tank when pushing forward on the stick.

Still, I wouldn’t say that the simplified controls are really to the detriment of the game, as it is never sells itself as a motorcycle riding simulator.

Driveclub Bikes is a great addition to a great racing game, and fantastic value for money. Sure, it inherits Driveclub’s lacks of any depth, but the actual racing is so much fun, you’ll likely forgive it. What it lacks in depth it makes up for in polish and presentation.

If you already own Driveclub it’s a worthy addition to the game. If you don’t or are only interested in the bikes, Driveclub Bikes is also available as a standalone game.