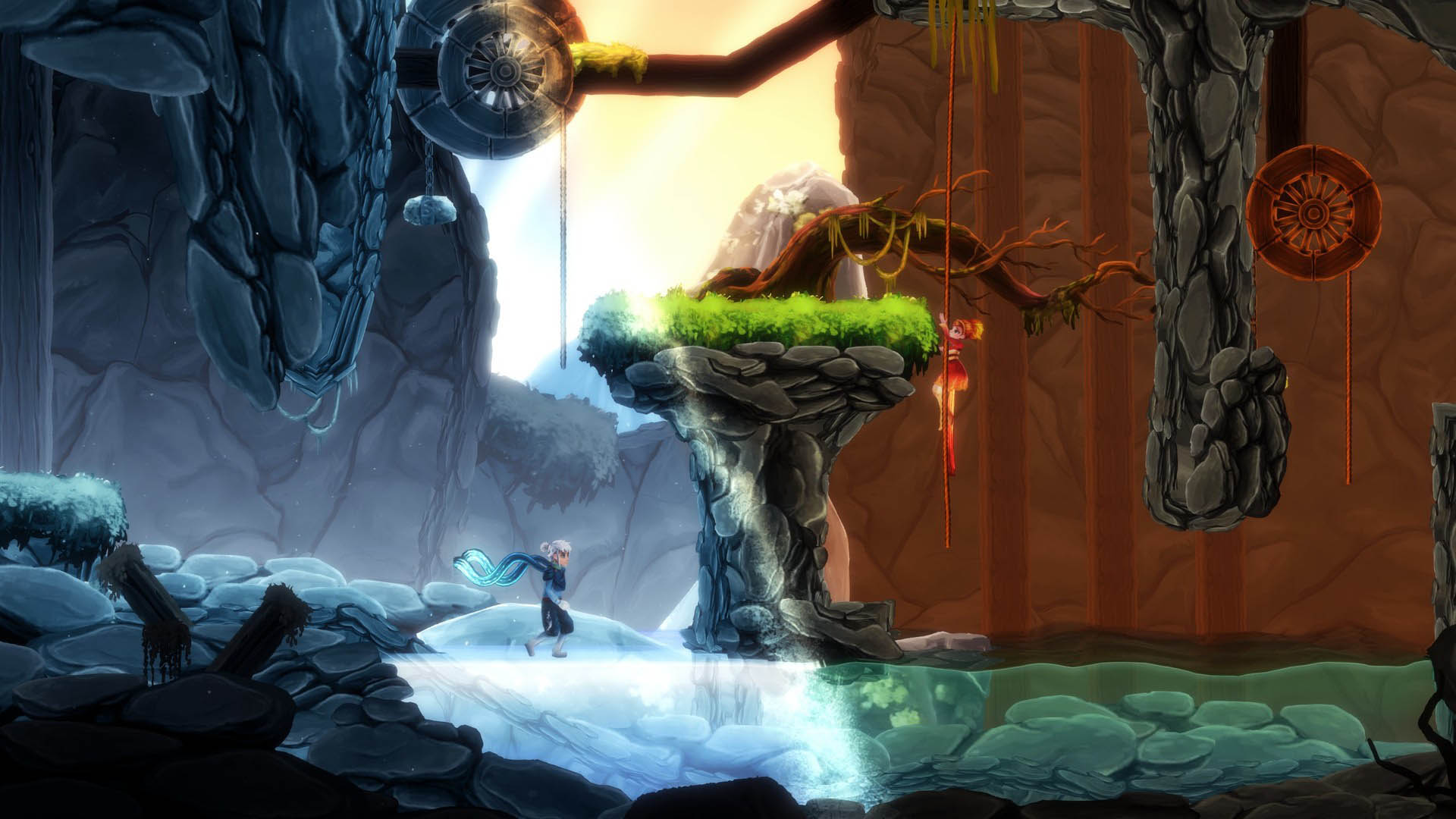 Does your left hand know what the right hand is doing? I hope so, because you’ll need all your care and attention to make it through Degrees of Separation, out now on Nintendo Switch.

Degrees of Separation tells the fairy-tale like story of Ember and Rime, a boy and girl from opposite ends of the world caught up in an adventure together. Ember, appropriately, represents fire, while Rime represents ice. Rime, if you didn’t know is apparently “frost formed on cold objects by the rapid freezing of water vapour in cloud or fog” according to Google. You control both characters together to use your powers of frost and warmth to get through tricky puzzles. Ember’s warmth, for example will set alight lanterns, while Rime’s frost allows him to walk across bodies of water.

As Ember and Rime move through the world, the narrator embellishes the wonderful on-screen action, giving meaning to the forests and castles the characters come across. For most of the game you’ll be progressing right to left, working together to solve a range of puzzles. They felt innovative, and moved past the “put a box against a wall to climb it” trope that so many “puzzle” games fall back on. While these puzzles are easy to begin with, don’t write the game off too early, as the difficulty level increases quickly. In fact some of the puzzles had me stumped, so I welcomed the fact that you can move on without completing all areas and come back to it later. 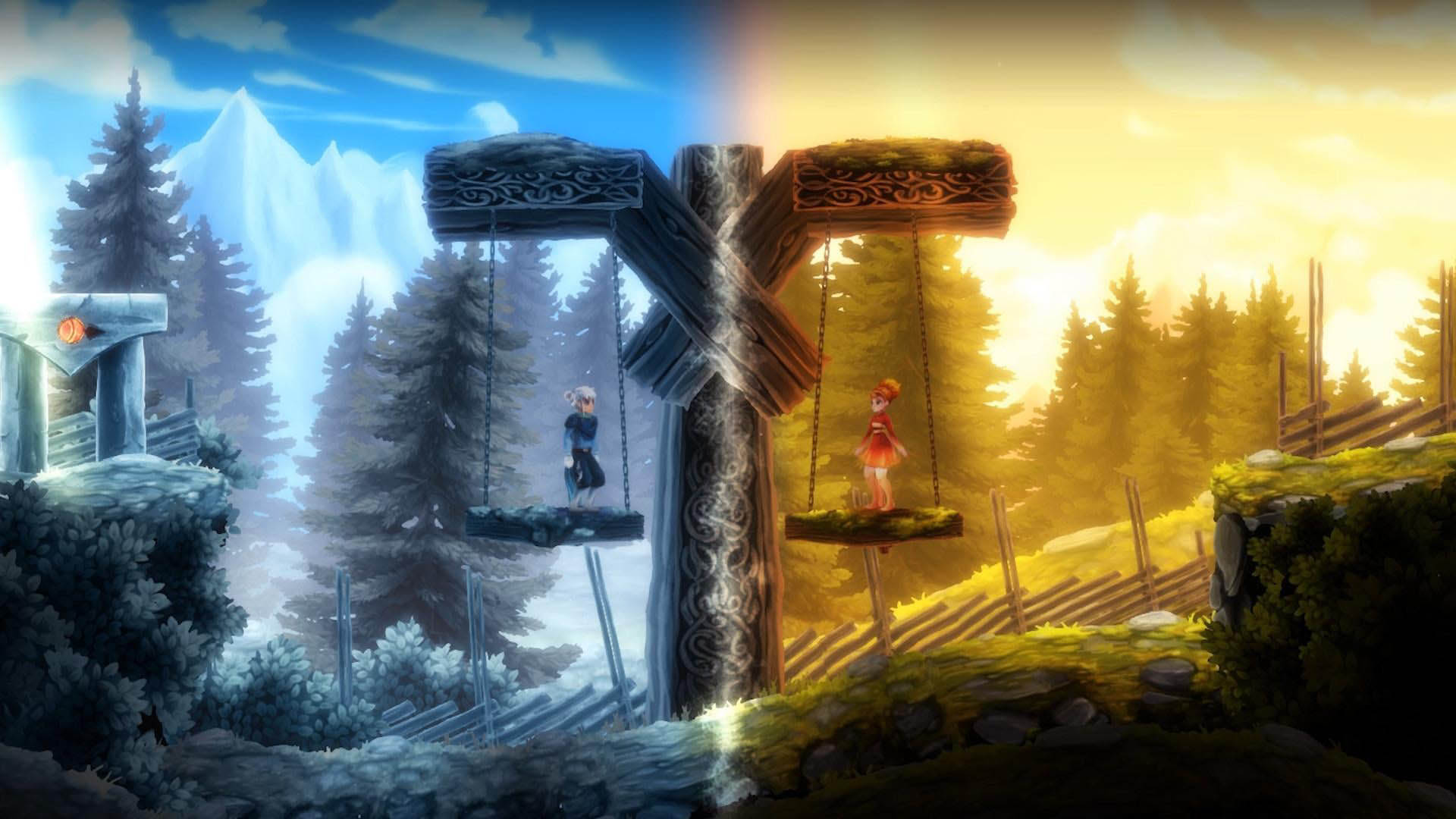 The game includes local co-operative play, which seems like the way the developers would want you to play. The characters move fluidly together, their opposing seasons flawlessly changing the space around each of them from summer to winter, as if they each live in a parallel universe. It’s a gorgeous game, with hand-drawn (or what looks like them at least) animations and scenery throughout. It makes great use of parallax scrolling, with backgrounds that looks alive, yet still painterly.

I spent most of my time playing co-operatively, and communication is definitely key. It’s easy to become frustrated while completing a puzzle if the wrong character is being used to perform the required action. Single player mode is a different experience entirely, you control both characters by yourself and to be completely honest, it wasn’t a great experience. Switching between the characters is clunky and slows the game down considerably. Simply put, having someone alongside me to help tackle the puzzles made the game much more satisfying. The extra brain power too was certainly welcome to work out some of the complicated, multi-stage puzzles. 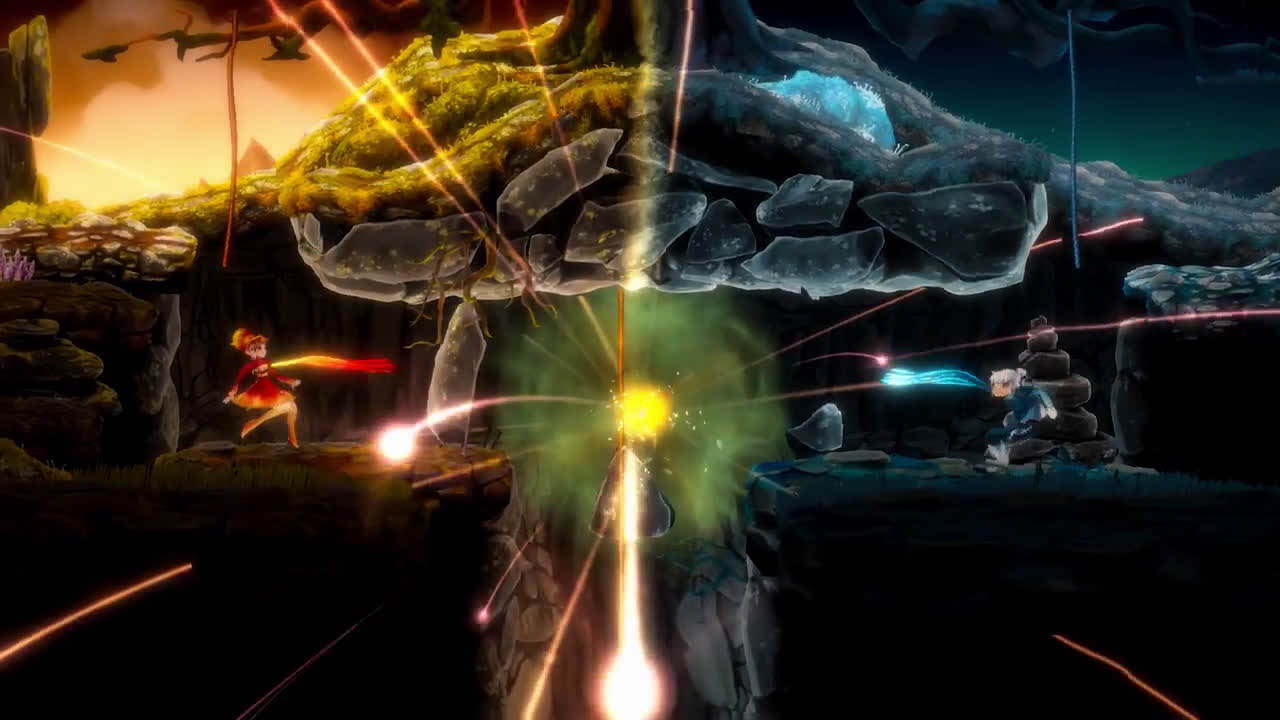 Mechanically, the characters a simple to use – jump and grab are their main actions. Occasionally the animations wouldn’t sync up correctly with what we were trying to do (get on top of a box, or grab onto a rope), but luckily it never stopped us from progressing.

Overall, the game is perfect for situations where you can play co-operatively, and I rate this feature well. The game is perfect for a date night or quiet night in with a friend, there’s no lives, no competition, just pure co-operative play. The single player experience however, is such a let down that I wouldn’t recommend it for all of those solo Switch players out there.