The game was developed by Jago Studios under license from The Topps Company, Inc., the originator of the Garbage Pail Kids property. The Game features many memorable characters originally seen in the original Topps cards from the 1980s, as well as characters appearing on cards released more recently. 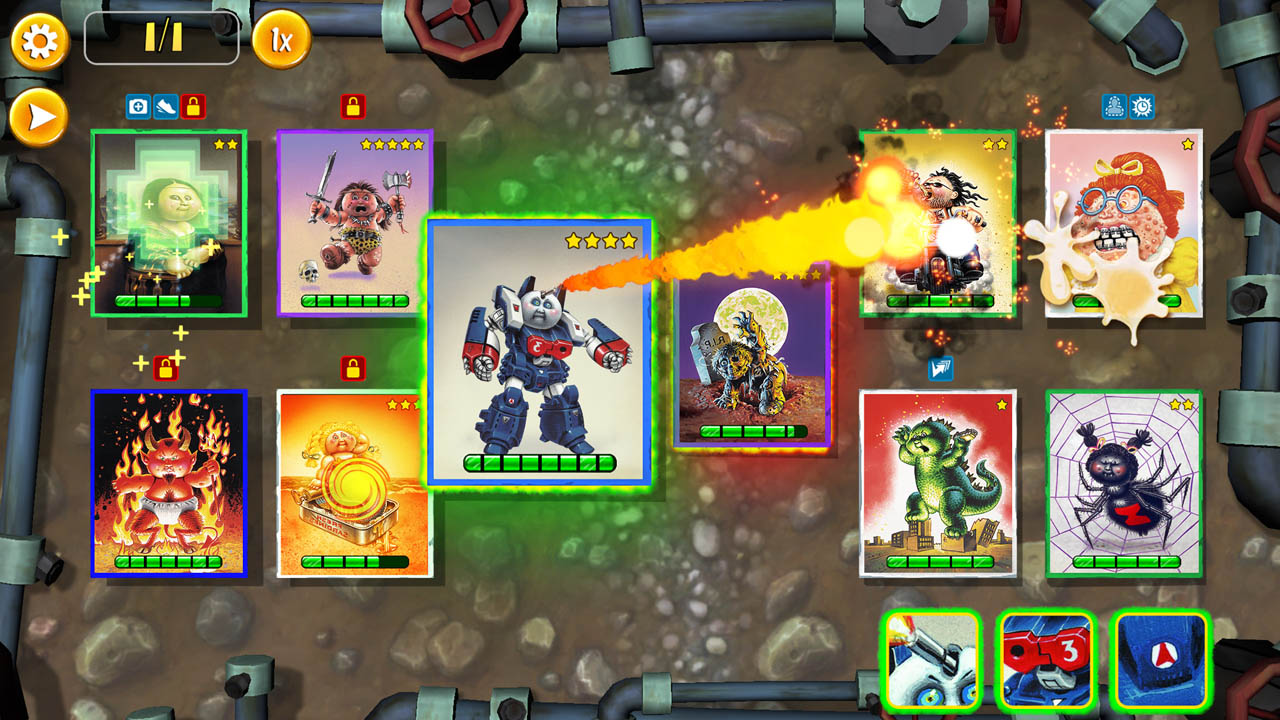 “An entire generation grew up with the outrageous and satirical character art of the Garbage Pail Kids, imagining what the cards would look like if they were to come to life,” said Stuart Drexler, Jago Studios Founder and Chief Executive Officer. “We are excited to bring these 80’s icons to mobile and offer GPK fans entertaining new ways to interact with their favorite characters— now fully animated.”

“When GPK was originally launched back in the day, mobile games or mobile phones did not exist,” says Ira Friedman, Vice President of Global Licensing at Topps. “Thanks to the giant leaps in technology since those early times, our fans can now experience the fun, the thrills, and the visual audaciousness of the Garbage Pail Kids property through their phones— whenever they want.”

Garbage Pail Kids: The Game is free-to-play and available now for iPhone and iPad.