With 8 officially licensed games, this cartridge offers some of the best ever Lynx titles to the Evercade handheld, which also connects to your TV via HDMI.

These games are incredibly hard to play in any way currently (shy of owning the original console and cartridges) and shows Evercade’s continued mission to bring quality retro games to a single platform. 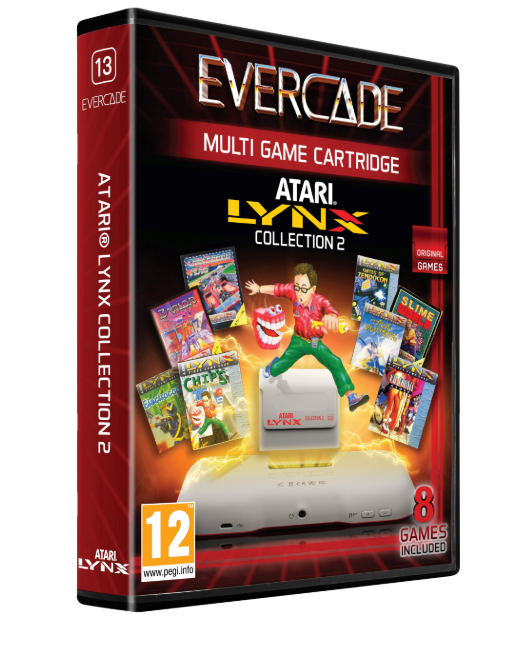 For those unaware, Evercade is a brand new console which uses its own retro style game cartridges – giving you a super simple, instant gaming experience – like the good old days. It features a 4.3” screen (the same size as the PSP) and TV output, so you can enjoy retro gaming at home or on the go.

Evercade have confirmed another (yet announced) cartridge is also in the pipeline and they plan to launch 3-5 cartridges this year alongside the 10 cartridges that will be available from launch.

They also recently announced that arcade games would be introduced to the console, expanding the potential library for this device even more.

The new cartridge will launch in Q3.