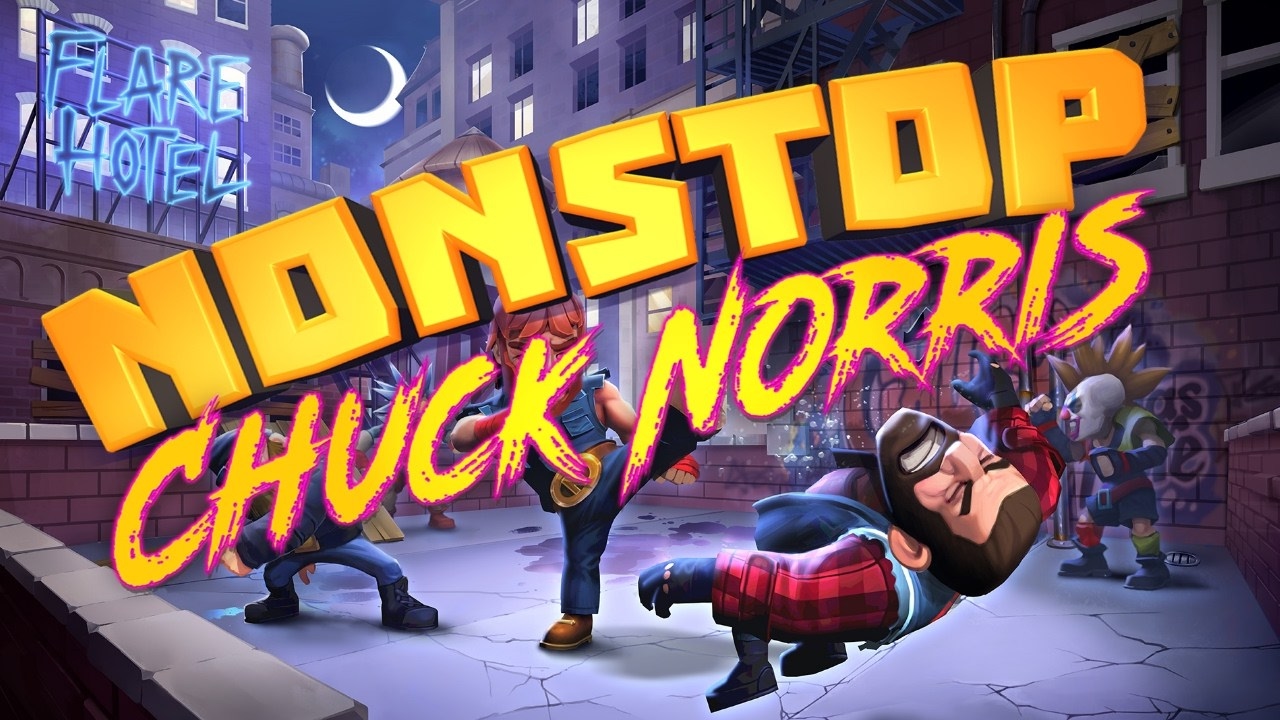 Movie star and Internet cult hero Chuck Norris has today green-lit the global release of his own mobile action game, Nonstop Chuck Norris, which launches today on the App Store and Google Play.

Downloadable for free, Nonstop Chuck Norris allows players to harness the unstoppable power of Chuck Norris, assuming the role of his sidekick. Players assist Chuck as he travels through multiple universes, fighting an infinite horde of villains while collecting jokes and facts about his legendary status.

To keep Chuck Norris battling on, players power him up with wacky weapons such as foldable chairs, chainsaws and even selfie sticks, and unleash signature moves such as roundhouse kicks and fist slams. 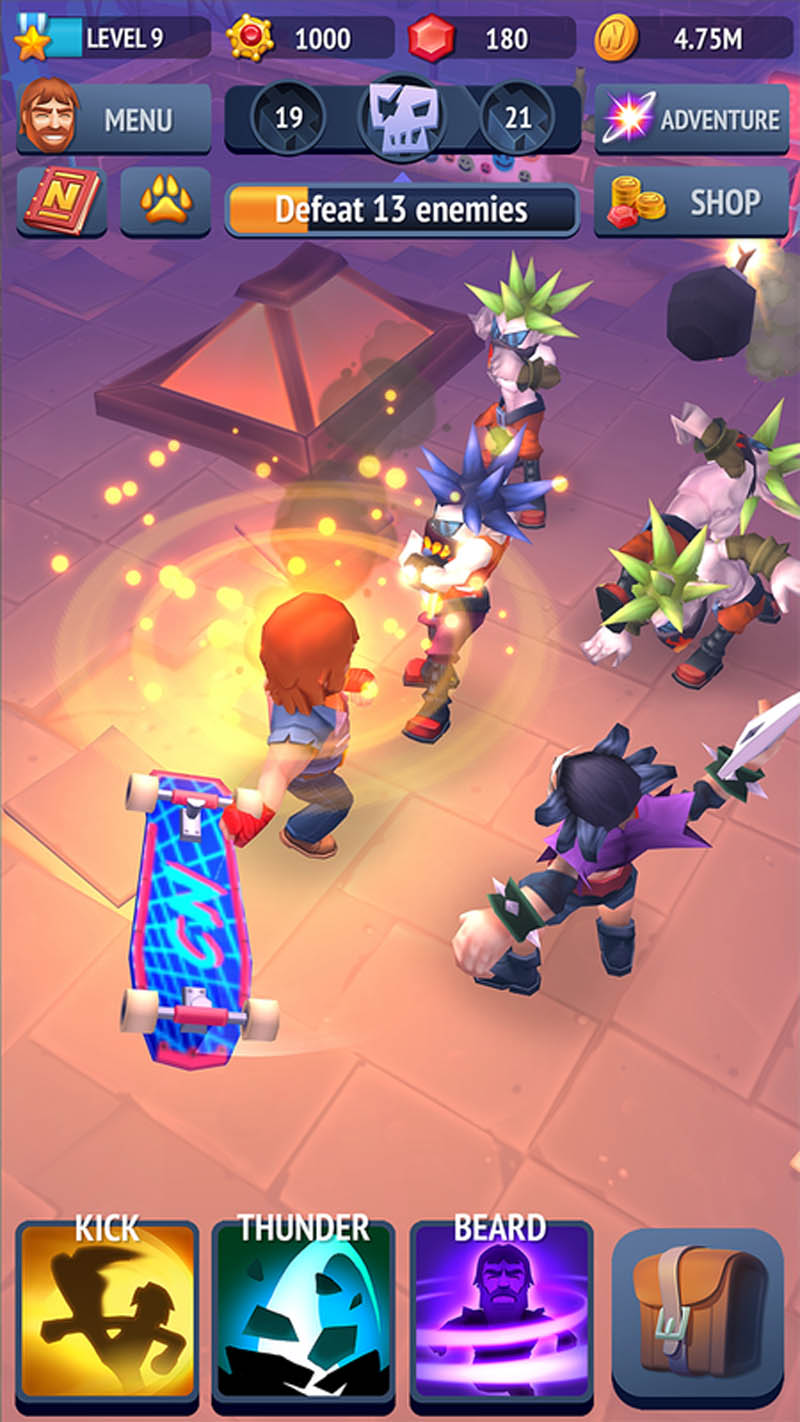 The game is available for download from today after weeks of anticipation. Mr. Norris initially set the gaming world abuzz by announcing Nonstop Chuck Norris on his birthday. Following this reveal, Mr. Norris challenged Google Play – via his official Facebook account – to make his game available for pre-registration, with the Internet giant swiftly agreeing! And just last week, Mr. Norris called out the “People of the Internet” to create their best Chuck Norris facts, with the most Chuck-worthy set to be included in his game.

As the launch trailer for Nonstop Chuck Norris shows (above), Mr. Norris has also been the mastermind behind the scenes too!

“I’ve been overwhelmed by fans’ reactions since I announced the game,” said Chuck Norris, speaking from his home in Texas. “Now that the game is live across the world, I hope they enjoy having the power of Chuck Norris on their phones!”

The team behind this action-packed new adventure is flaregames, a mobile gaming publisher based in Karlsruhe, Germany. “We’re incredibly proud of what we have created in partnership with Chuck Norris,” said Klaas Kersting, flaregames CEO and founder. “We feel that Nonstop Chuck Norris is a fitting tribute to his immense energy and all-round legendary status and can’t wait to see what players think about the game!” 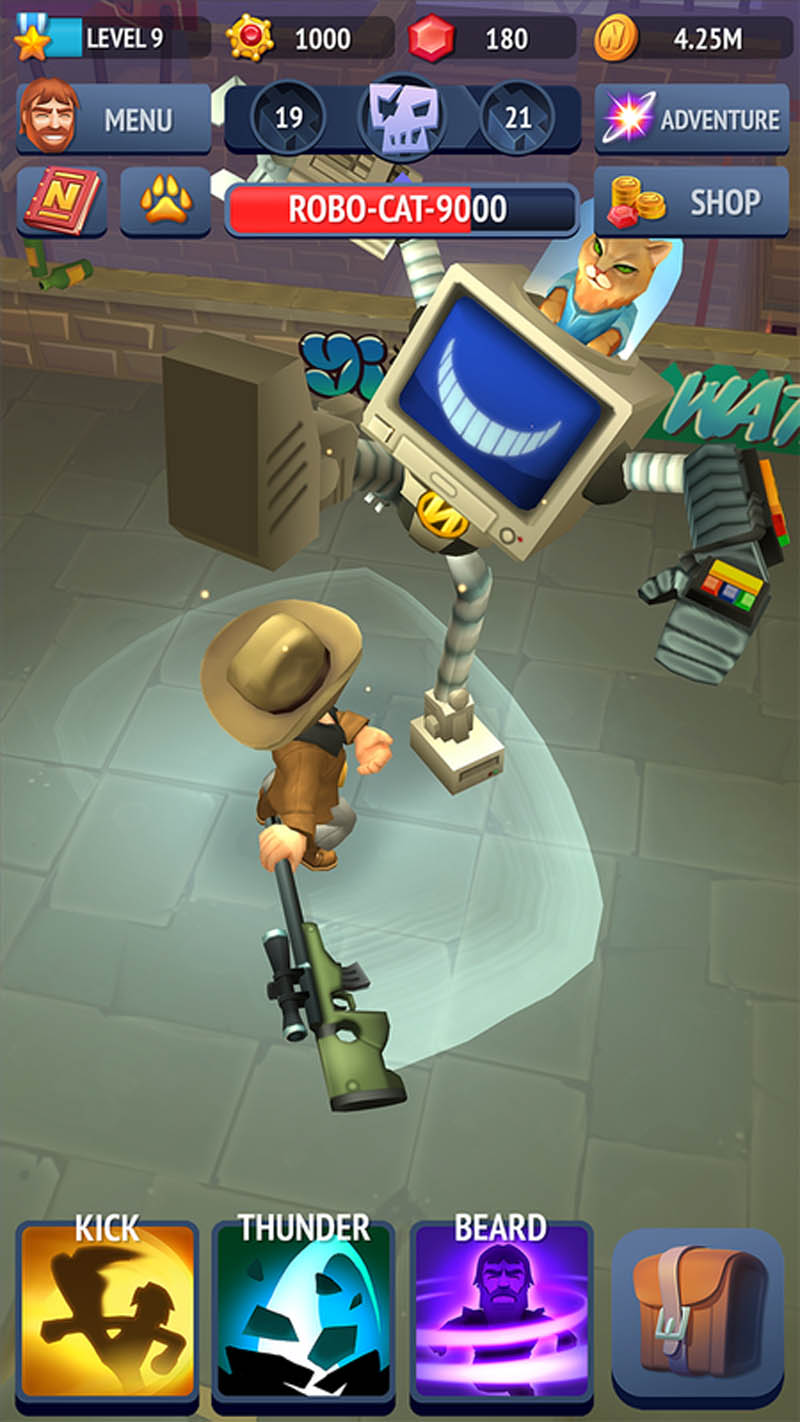 In 1972, Chuck Norris made his mark on the silver-screen when he starred opposite Bruce Lee in Way of the Dragon, where he played the kung-fu legend’s arch nemesis. He went on to appear in a number of other action movies, including Delta Force and Missing in Action. Chuck also became an integral part of the CBS series, Walker Texas Ranger, which ran as both a TV series and movie.

Towards the end of his on-screen career, Chuck would be introduced to a whole new audience via a different medium. US talk show host Conan O’Brien helped spawn a million memes with a regular feature called the ‘Walker Texas Ranger Lever’ which would see Chuck associated with incredible and impossible achievements such as -‘counting to infinity. Twice.’ and having no chin under his beard – ‘just another fist’.

This regular feature reached social media, which gave it a life of its own and took it to a whole new level. Today, there are still countless social media groups and forums dedicated to Chuck’s alleged ability to defy logic and it is this culture that has influenced Nonstop Chuck Norris.