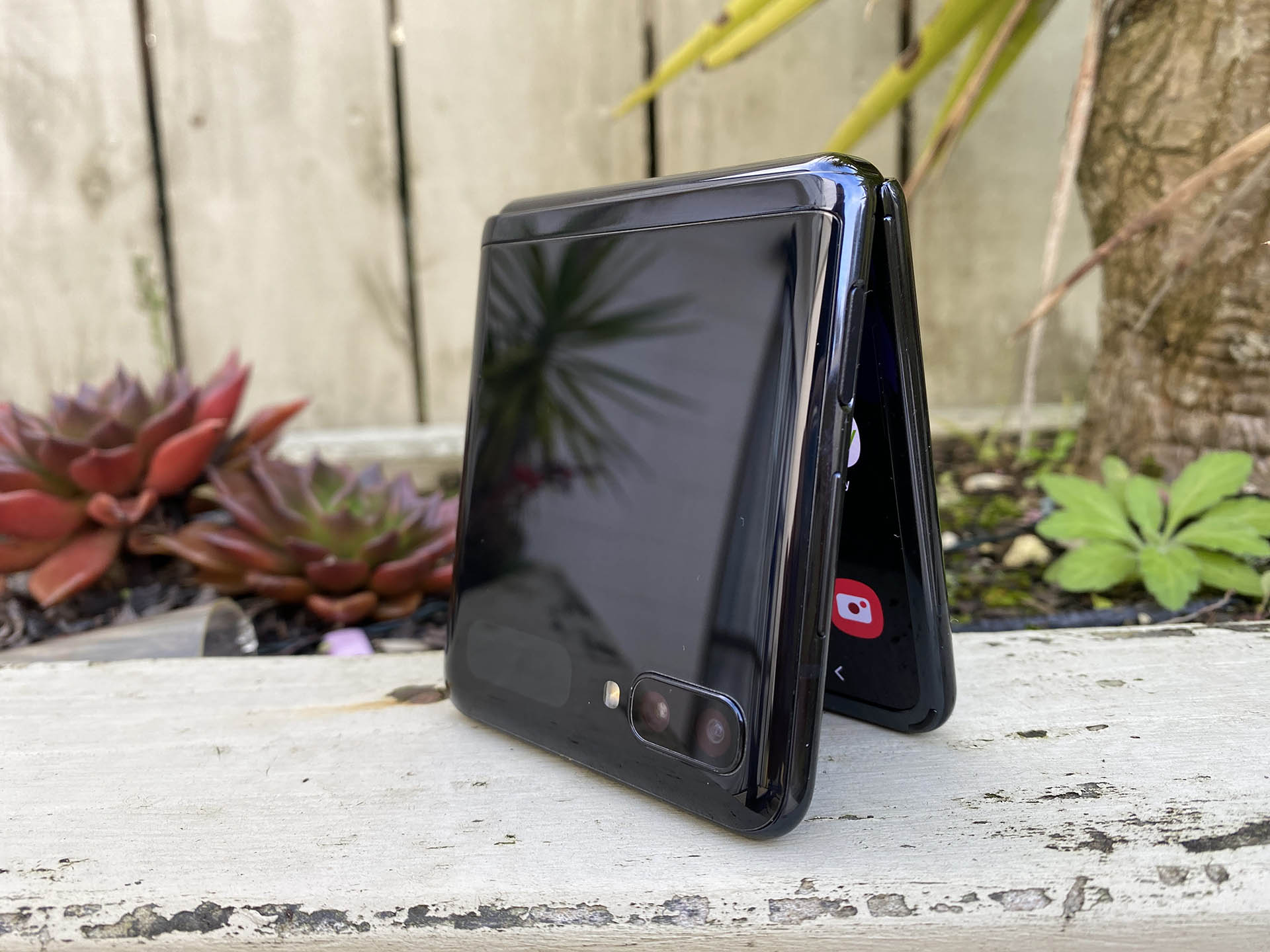 Samsung are at the forefront of innovation and the rise of the flexi foldables.

Pretty much owning this new smartphone niche the smartdevice manufacturer recently released the Galaxy Z Flip. A compact versatile Android mobile that almost hearkens back to the craze of clamshell phones.

A 6.7 inch all screen device boasts 256GB internal storage and 8GB RAM with camera smarts and more, and connects with your Galaxy Buds and Galaxy Watch eco-system.

But this is not a smartphone review – we already did that HERE.

Nope – this is to see whether the flagship foldable has got game.

Being small in stature doesn’t necessarily mean that both casual and hardcore mobile gamers should snub it. 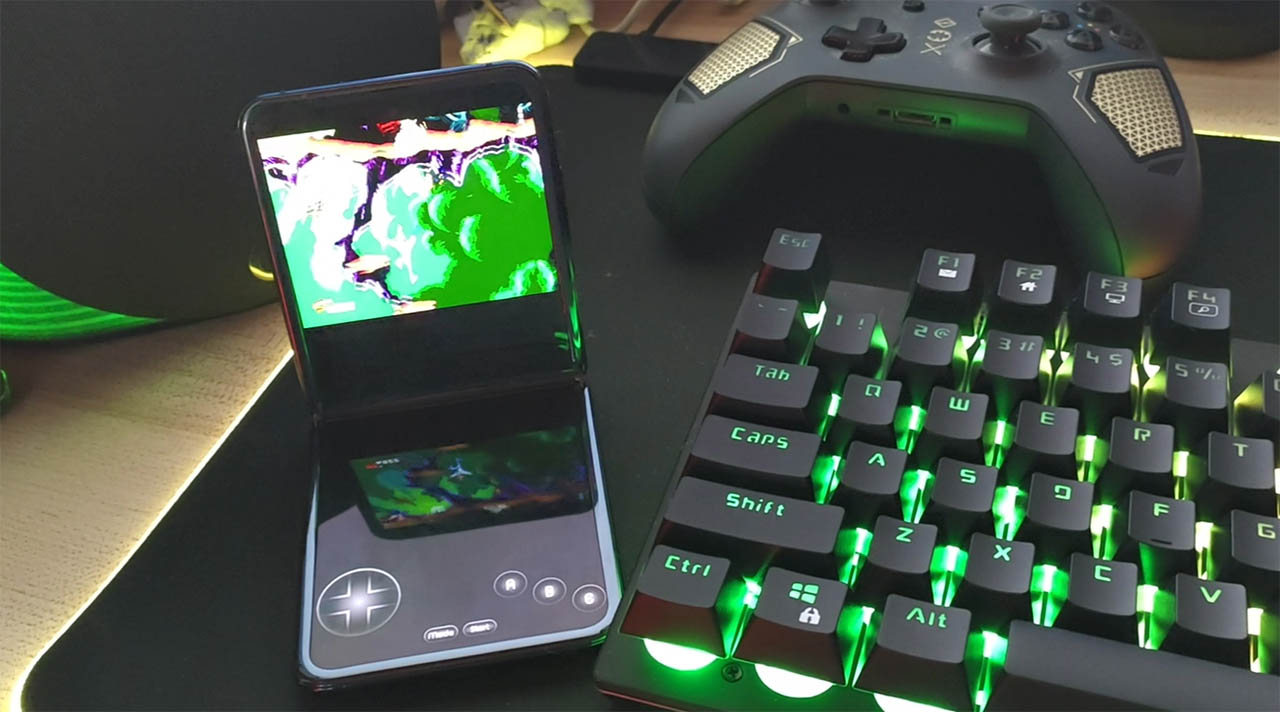 Having the Galaxy Z Flip with me for a couple of weeks I was able to put it through it’s paces from Arcade to the more serious and resource intensive FPS.

The screen on the Galaxy Z Flip has a bit of a lipping bezel around it – and while this is minimal I expected that this may get in the way of on-screen touch controls. It doesn’t at all.

To kick things off I started out nice and easy and played a couple of classic arcade games.

Either on-screen control or coupled with a external bluetooth controlpad they played flawlessly, (with the latest updates to both iOS and Android smartphones are able to wirelessly connect to an Xbox controller). I expected this though, as asides from the vivid graphics the simplistic retro games don’t gobble up too much data-crunching to run. 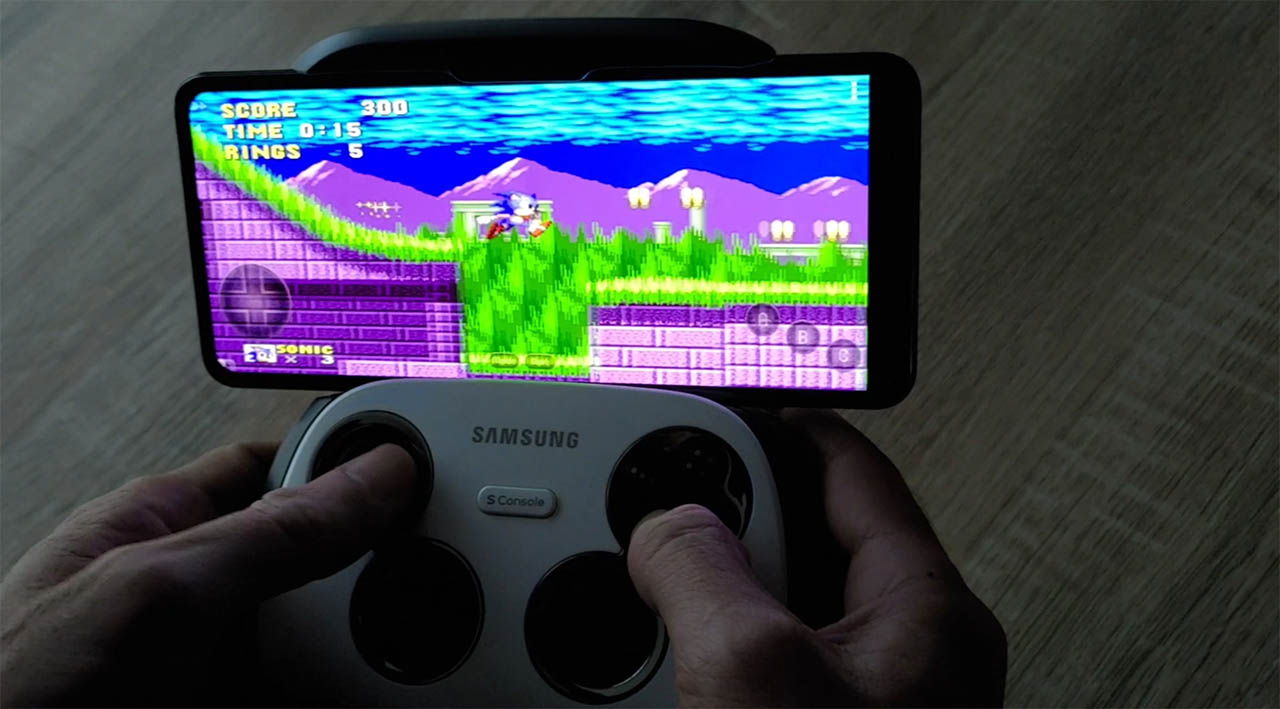 Battery power was less impacted by my Arcade gaming aswell. The Galaxy Z Flip purports to have an all day battery. It does, for most users – but I had a few instances where it got close to dying before my day was over – and one of those factors was… Call of Duty Mobile.

The free-to-play pint sized version of Call of Duty is a FPS game that is as social as it is competitive in play.

A couple of hours of fierce battle and shooting chomped a fair bit of the Galaxy Z Flip’s juice. From a full charge to just under half – two and a half hours play.

So how do other high end games fare on the Z Flip?

PUBG is always a favourite. I expected some lag on the Galaxy Z Flip throughout play, my expectations were not met. No LAG whatsoever.

Also surprising was the minimal impact on battery level after a two hour session. 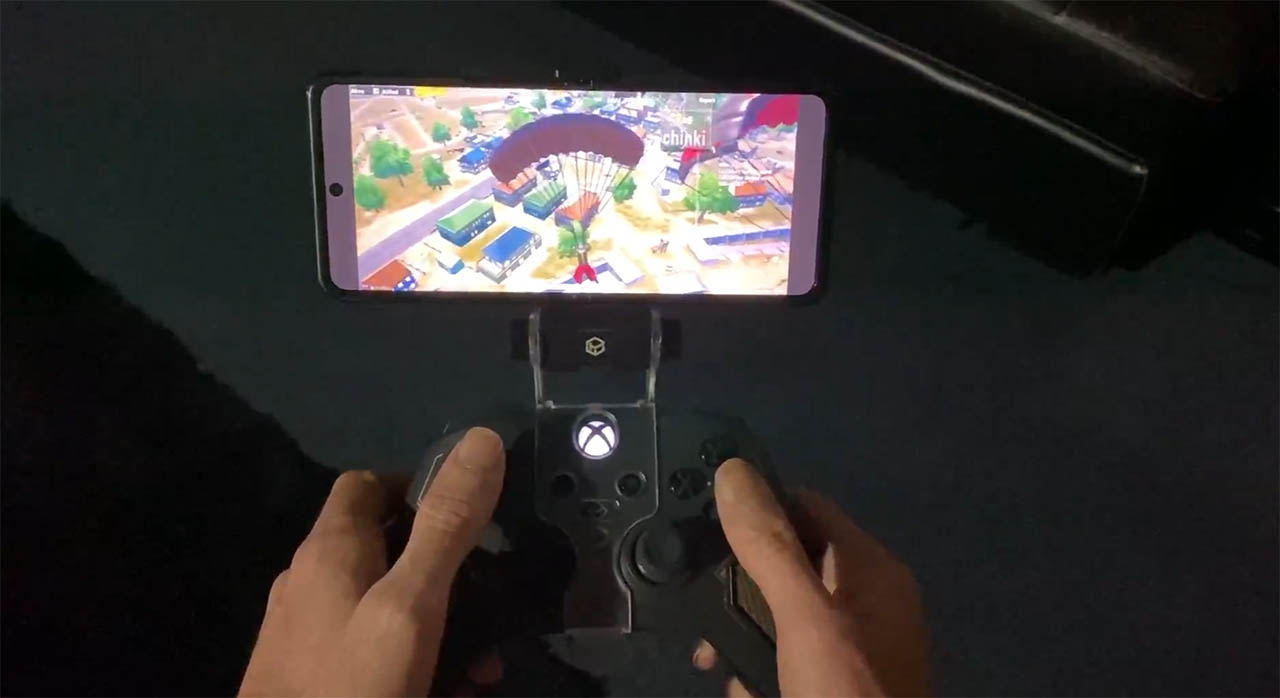 While i’m not a huge Fortnite gamer, personally, it’s a widely played title with casual and serious gamers and mobile eSport players.

Fortnite fared well, very much the same as PUBG did. No lag, no connection drops or game stutters. It did chew more battery than PUBG did though, I’d say roughly 1/3 more with the same amount of play time.

It’s a smartphone that does not look as though it could be a serious competitor in the mobile gaming market – hence why I was keen to see how it performed.

With the 5G variant about to release real soon we should expect connectivity to be even more savvy and snappy.

It’s super styley, small enough to fit in to any pocket and a rather unorthodox but fully capable smartdevice to take out for some serious gaming battles either online, offline, casual or hardcore.

Samsung’s Galaxy Z Flip – it’s the tiny gaming super-phone you never expected it to be.