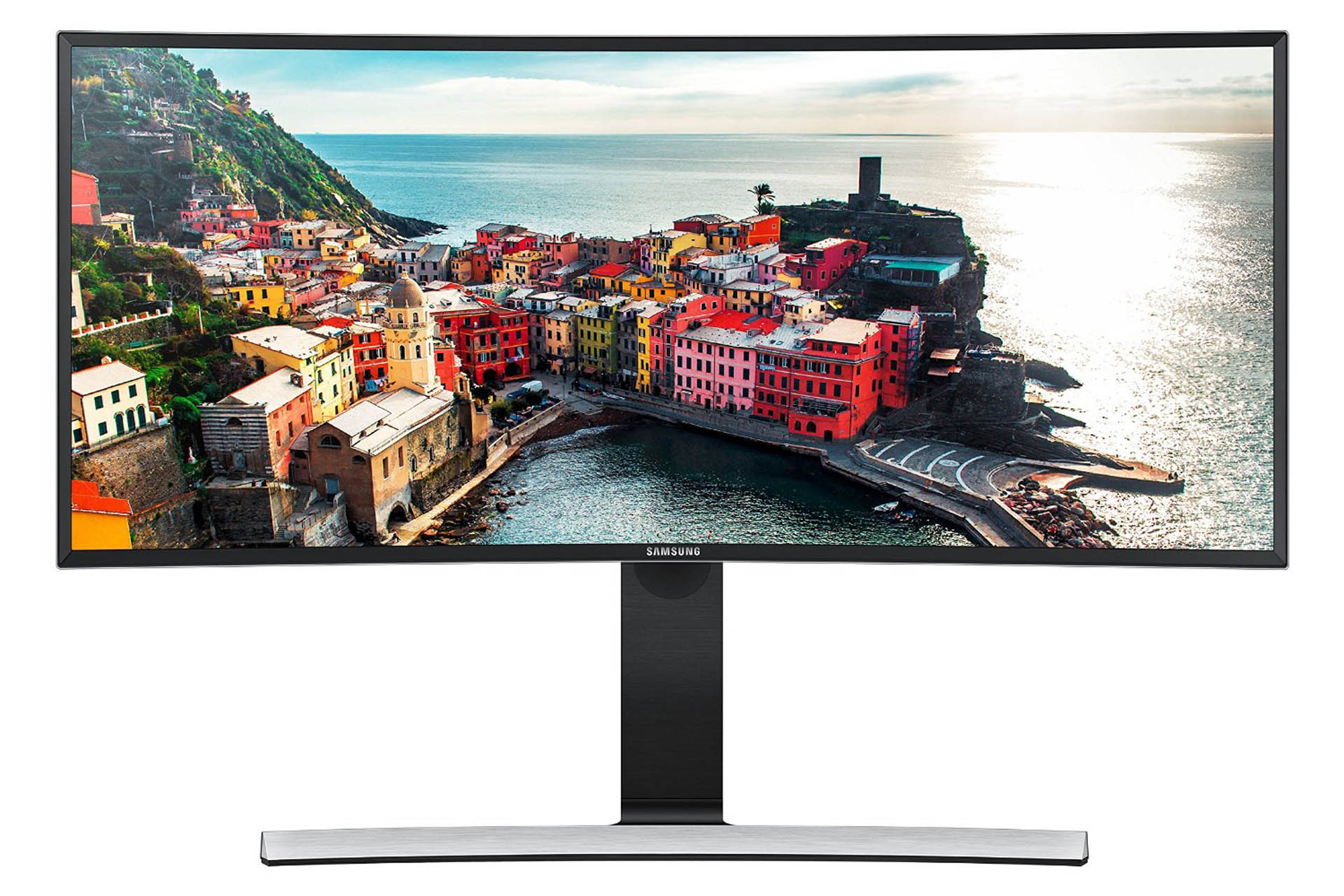 Is this the monitor to die for? Pretty much, yes.

With the current hype associated with the Galaxy S6 and S6 edge it is easily forgotten that Samsung also produce other high end devices other than smartphones.

We have been one loaned one of these such devices to try on and try out, the Samsung Ultra WQHD Curved 34 inch LED monitor.

From the box you could be forgiven for thinking you have acquired a television, however once you have unpacked it all, it is pretty much plug and play, followed by oooh’s and ahhh’s.

With the monitor package you receive every connector cable possible. We opted for HDMI, of course.

The setup disc that is included has the drivers necessary for gaining optimuim resolution for the screen – but there is also an application that allows you to tweak the monitor settings to your liking aswell as enacting PiP (Picture in Picture) and even multi screen (where the screen is sectioned into four).

Boasting 16.7 M and a 4MS response time, the Ultra WQHD is a dazzling and rich graphic experience.

Various modes are on offer too. We opted for the gaming mode.

The sheer size of the monitor is overwhelming when on one’s desk and the curve of it actually immerses you into the gameplay (if gaming) or any other media that you may be watching.

Hell, even boring admin stuff with this behemoth screen stops you from being distracted by your surroundings.

Firstly we plugged in the Samsung SE790C (the model we had) into a high spec gaming laptop running Windows 8.1 x64 and a Nvidia graphics card.

It worked perfectly without the need for drivers and installation of the mod software was a cinch and worked as expected.

Then, we tried it on a lower spec desktop running Windows 7 Ultimate x64.

The mediocre ATI graphics card struggled with the optimal 3440 x 1440 resolution to the point whereby the monitor was prone to going black.

A bit if Googling and a series of ATi updates got it working, but there was screen lag with the mouse cursor.

Games and movies’ framerates were awful to the point of unplayable and unwatchable. Adjusting the graphics settings on the ATi (and the games’ graphic settings) bore no joy.

So – if you are considering a monitor of this caliber make sure your PC or Mac is up to spec first.

We also gave a PlayStation 3, PlayStation 4 and an Xbox One a whirl on the mighty screen. All was perfect and flawless.

The rear of the screen boasts 4x USB 3.0 Ports for immediate plug and play. There are internal speakers in the monitor, which didn’t sound as bad as I was expecting – but don’t do away with your external speaker setup just yet.

The design of the Samung 34″ Curved monitor is that of periscope, which was to my relief and will be for many others as computer desk tend to attract a lot of junk on them and this leaves the required desk space by having a minimal base stand.

I was a little disappointed at how thick the black screen bevel is, and I would have expected that a monitor that is as high end as this one would have had a sleek thin bevel.

The Samsung WQHD 34″ Curved monitor SE790C is absolutely one of the best on the market and while it is a bit pricey (will set you back just shy of a couple of grand) it is an investment that you will not regret, especially if you prefer to play games on PC or are looking for  high end monitor solely for next gen consoles.

This is the one monitor, the one screen to rule them all.