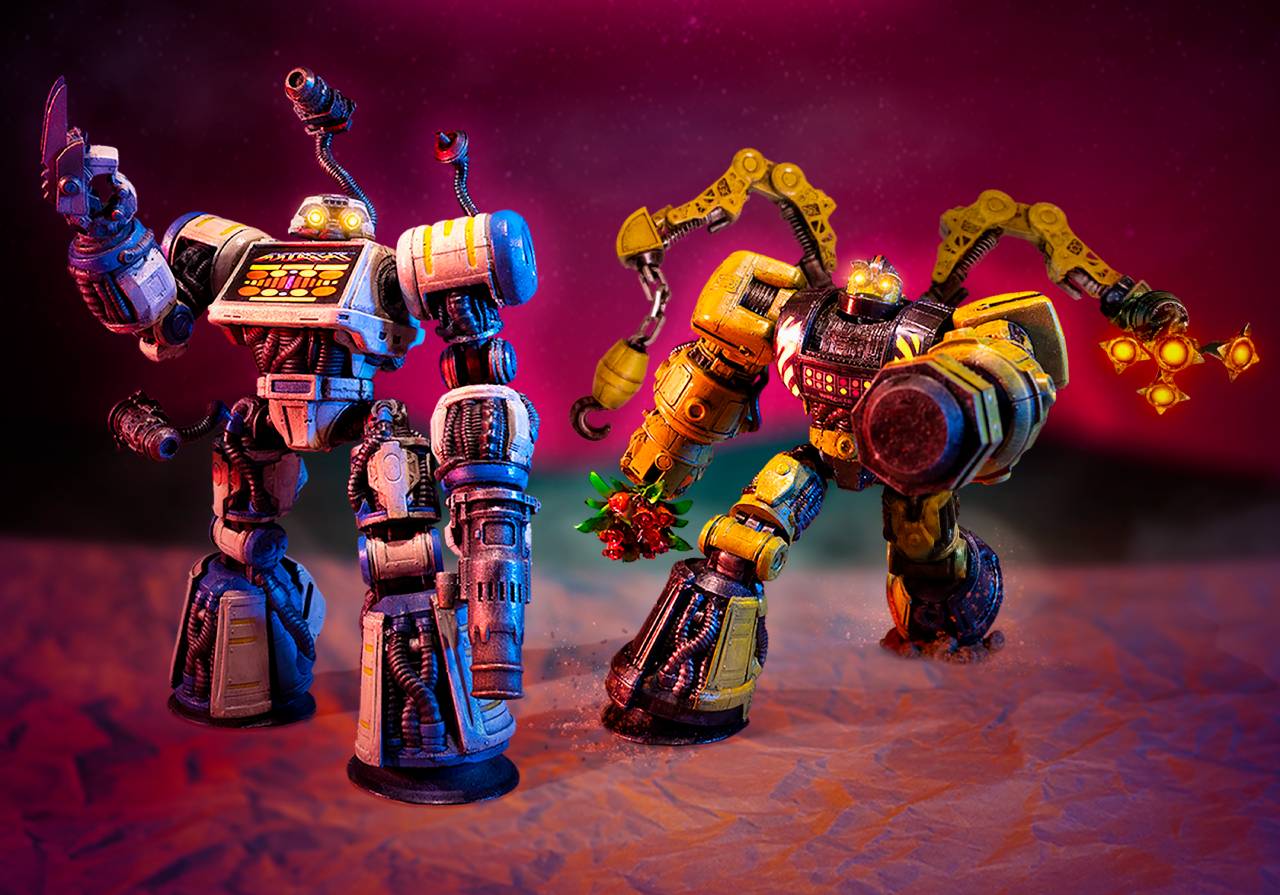 The Nacelle Company, the studio behind Netflix’s The Toys That Made Us, The Movies That Made Us, A Toy Store Near You, and Behind The Attraction on Disney+ have just announced the first wave of Robo Force 7.5 inch collectible action figures are available to pre-order.

After spending the last year acquiring nostalgic IPs like The Great Garloo, Power Lords, Big Loo and the legendary Marx Toys brand, Nacelle is kicking off their first wave of Robo Force action figures with highly detailed and fully articulated versions of Maxx Steele and Wrecker. 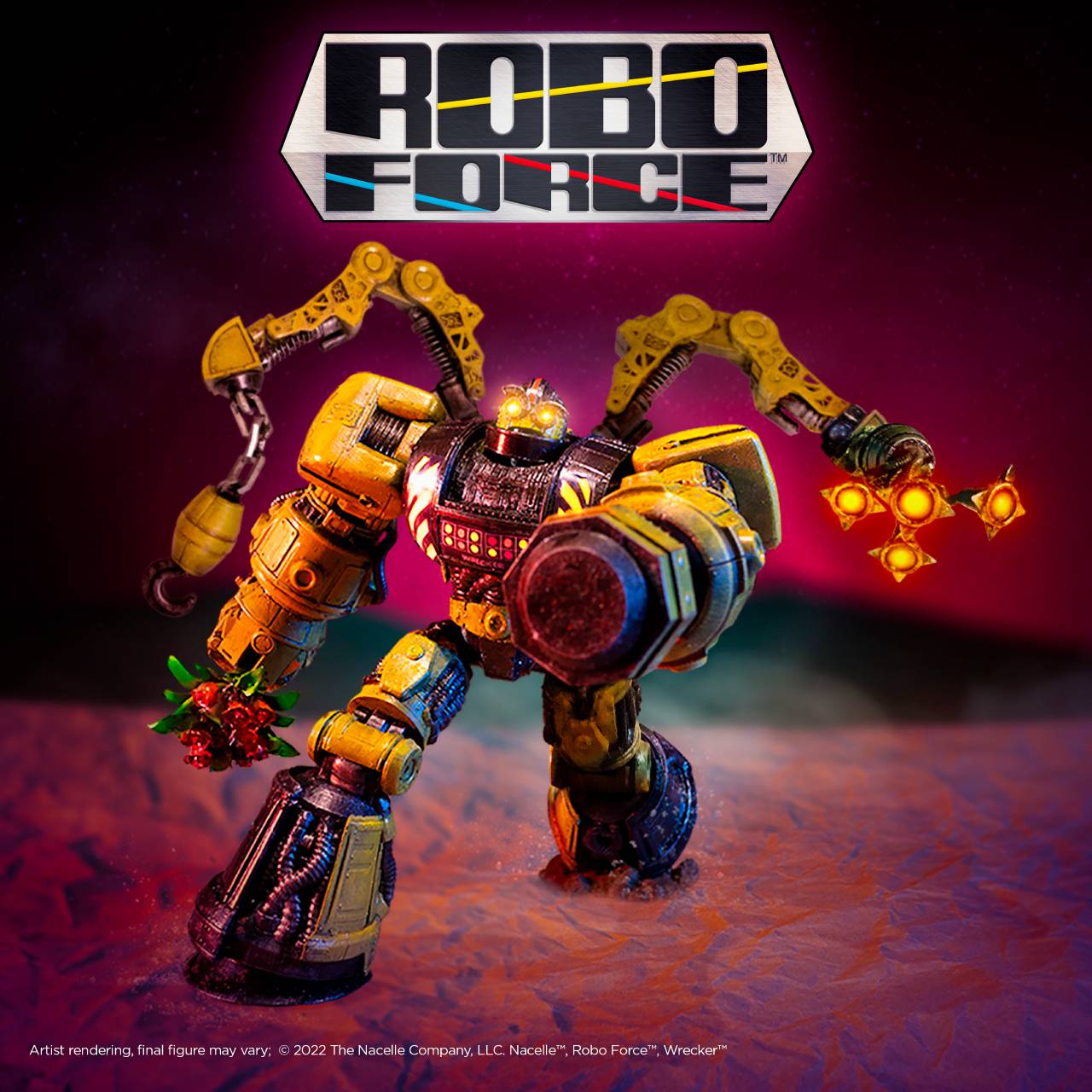 In 2021, Nacelle Company announced its acquisition of the beloved 80s franchise, Robo Force, with plans to reintroduce the characters through a television series, books and other lifestyle products. Now, less than a year later, the company is revealing the first images of the Robo Force action figure line created by renowned toy designer, David Vonner. Painstaking detail was used to make sure that Robo Force’s rich history should be taken seriously, yet updated with modern aesthetics meant to broaden the audience.

Maxx Steele was destined to be the latest and greatest in law enforcement (he was literally built to do it), but on the day before his first patrol, the UTOPIA101 line was revealed to the world. Maxx Steele was quietly reassigned to the traffic beat. Despite his best efforts to conform, Maxx Steele’s passion for crime fighting, along with a growing distrust of the UTOPIA line, leads Maxx down a path into other, unauthorized, lines of police work. This will create problems. A LOT of problems. 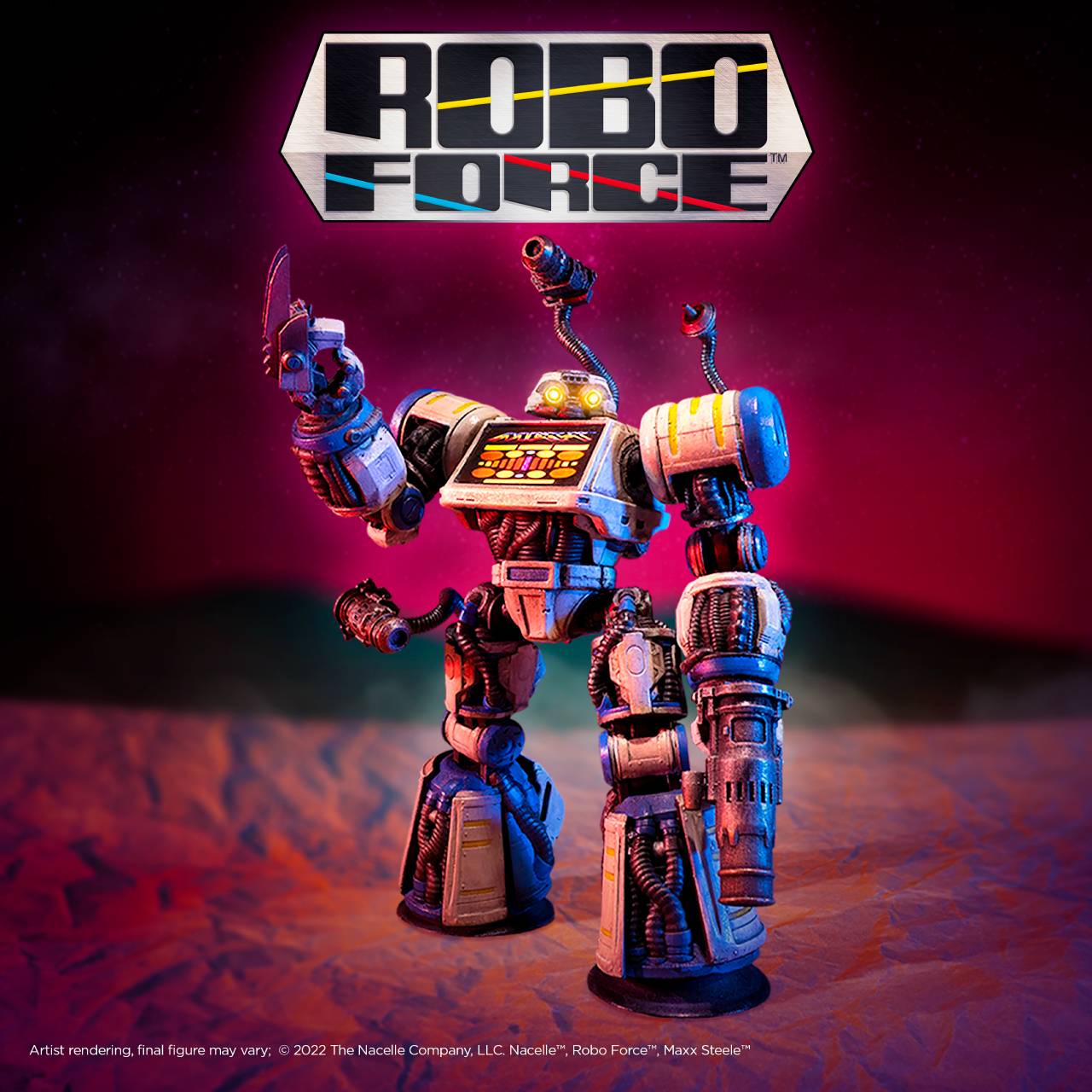 Wrecker was built to be the jack-of-all-trades for the ROBO FORCE line; he has a tool for every occasion. Sadly, due to the rise of the UTOPIA101 line, those occasions never occurred. Reassigned to use his staggering strength and empathy codex to do the most mundane jobs in the basement of Police Rhombus HQ, Wrecker eventually teams up with Maxx Steele to help protect the innocent, and keep an eye on the increasingly erratic UTOPIA Force (as well as Hun-Dred and his evil minions).

Nacelle Company’s Robo Force revival proves that nostalgic public interest in the franchise is higher than it’s ever been and this is the perfect time to reintroduce Robo Force to a new generation of fans and collectors.

“Of all the IP’s we’ve been buying, we wanted to launch our toy division with Robo Force because not only are they fun and iconic, but due to them being crushed at Toy Fair in 1984 by another line of charismatic transforming robots, we wanted to give them their due with a reimagined storyline and high end redesigns. But don’t despair lovers of the 80’s version, our new figures will of course have the infamous suction cups, but these will be attached to something the originals never had; legs!” said Nacelle Company Founder and CEO, Brian Volk-Weiss.

The pre-sale for Wave Two, which will include Hun-Dred and SOTA will be announced later in the year.