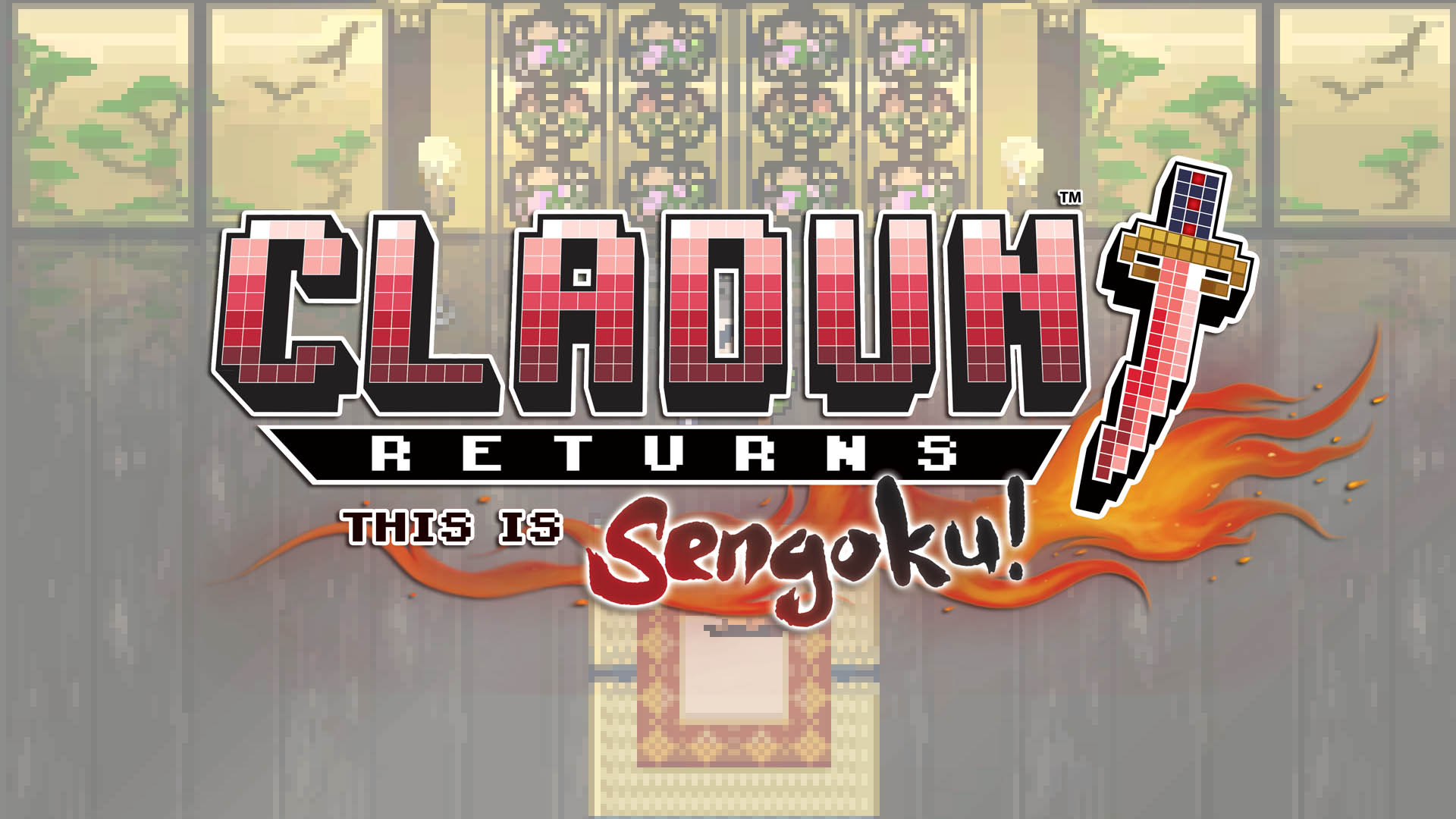 It can always be tough, and overwhelming to enter a game series at a middle point. With the name Cladun Returns: This is Sengoku, it is clear it’s a sequel, and despite it implying a significant story arc, the name is more overwhelming than it needs to be. In fact, with a subtler nod, could have been none the wiser there were two Cladun games before this, which would have done it a service because as a standalone game, Cladun Returns: This is Sengoku is simple but wonderful.

Cladun Returns: This is Sengoku tells the story of a character you create waking in a strange place. Approached by Yukimura you learn you have died and are in Arcanus Cella, a place where people who have died find themselves stranded if they have unfulfilled regret. They need to defeat that to carry on with the afterlife, and it is your job to help. Souls manifest as a blue flame in Arcanus Cella, and upon speaking to them they advise of where they need help. Each time a soul is presented you get another list of dungeons to beat and culminating in a boss to free the soul of their regret. But upon releasing some souls Yukimura notices an issue where the souls regain their human shape, but don’t leave, and so the plot thickens, a little. 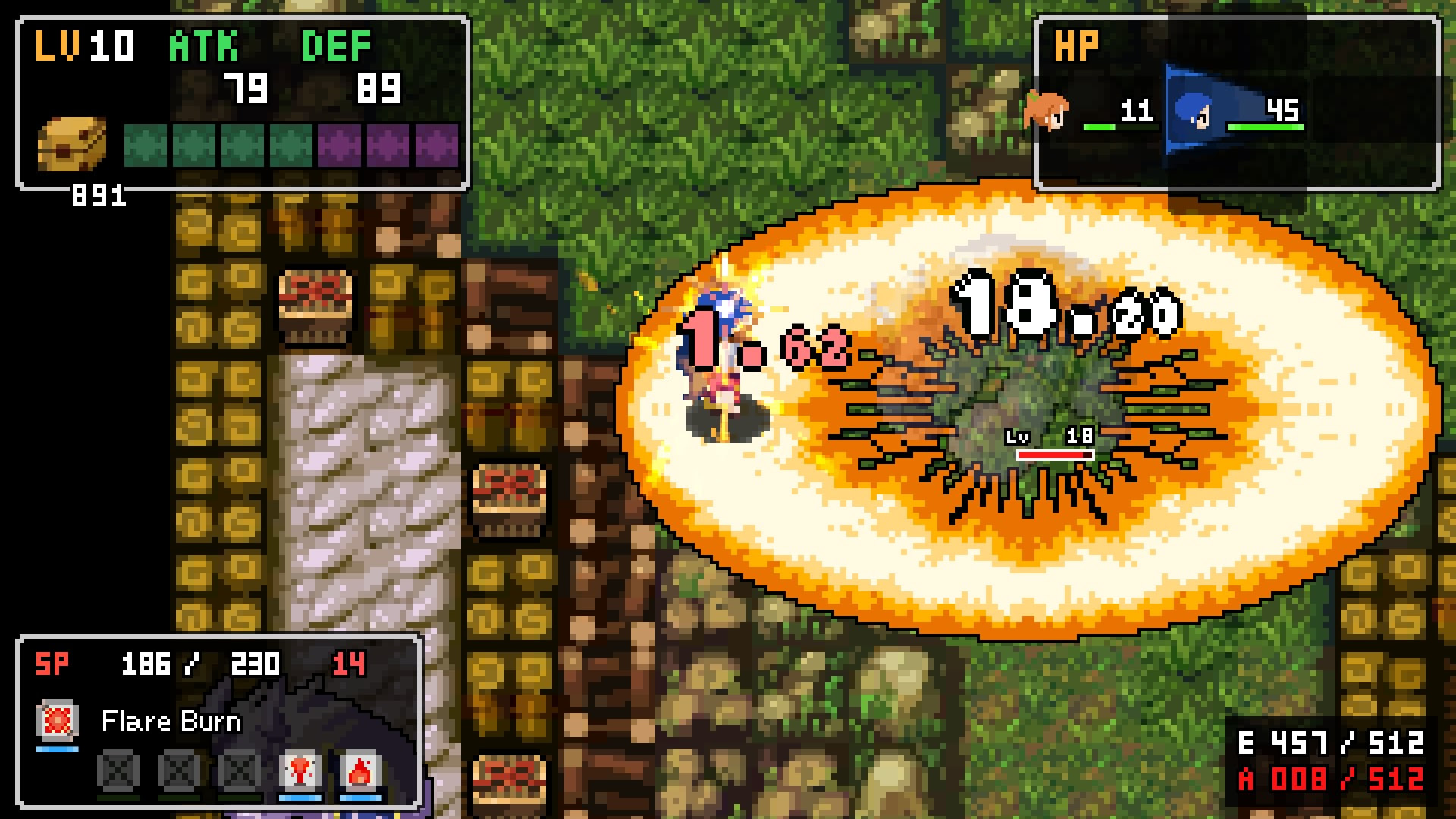 Dungeon crawling is what makes Cladun Returns: This is Sengoku a worthwhile experience. Every dungeon’s Level feels unique enough, despite its very pixelated style of graphics, and thanks to their short lengths it can be a great game to pick up, jam for half an hour then put back down. For the most part, you run around the dungeons, unlocking chests, killing enemies, trying to avoid traps, or avoid being hurt by them, and getting to an end. The gameplay isn’t overly complex as you run around, block, and attack, it’s very simple, but fun. Every time you beat a Level you return to Arcanus Cella, which works as the games hub. Here you can buy new gear, upgrades and take on challenges. Most of this is boring however necessary busy work, but the games unique system kicks in with the Magic Circles. 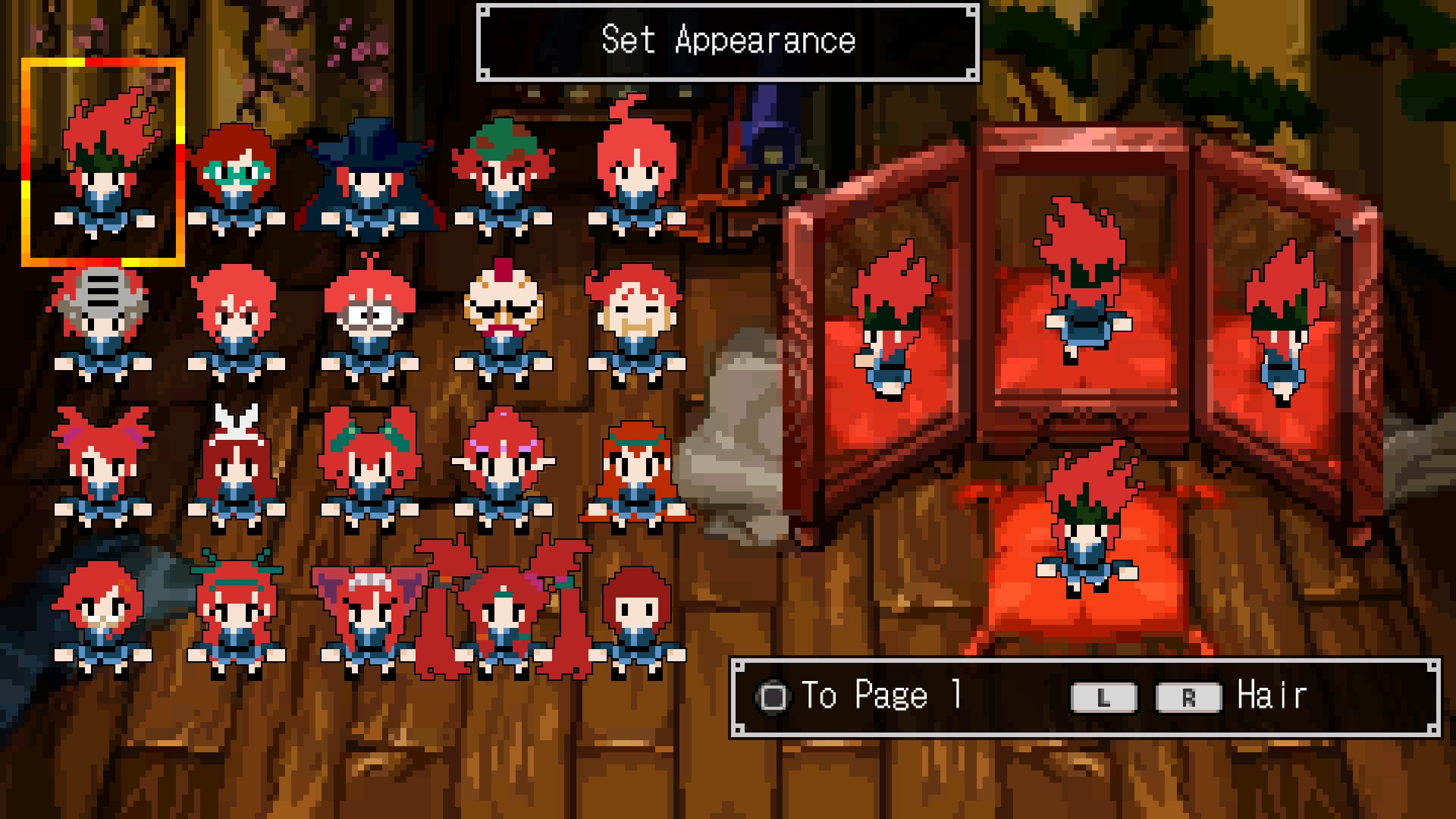 Magic Circles are how you organise your party and make a significant difference to the game. You choose your Magic Circle which resembles a grid, where you have slots you can fill with allies. Doing this unlocks slots attached to them which can be store items to give bonuses, and occasionally activate slots with negative effects. The allies you place in these slots work as invisible human shields, taking damage before you do, so it’s important to fill them with the strongest allies. Magic circles come in different shapes, able to hold varying numbers of allies, with different bonus and negative slots.

Unlocking new Circles can result in a lot of time weighing up the best one for you. your allies, and the upgrade items you have at your disposal. 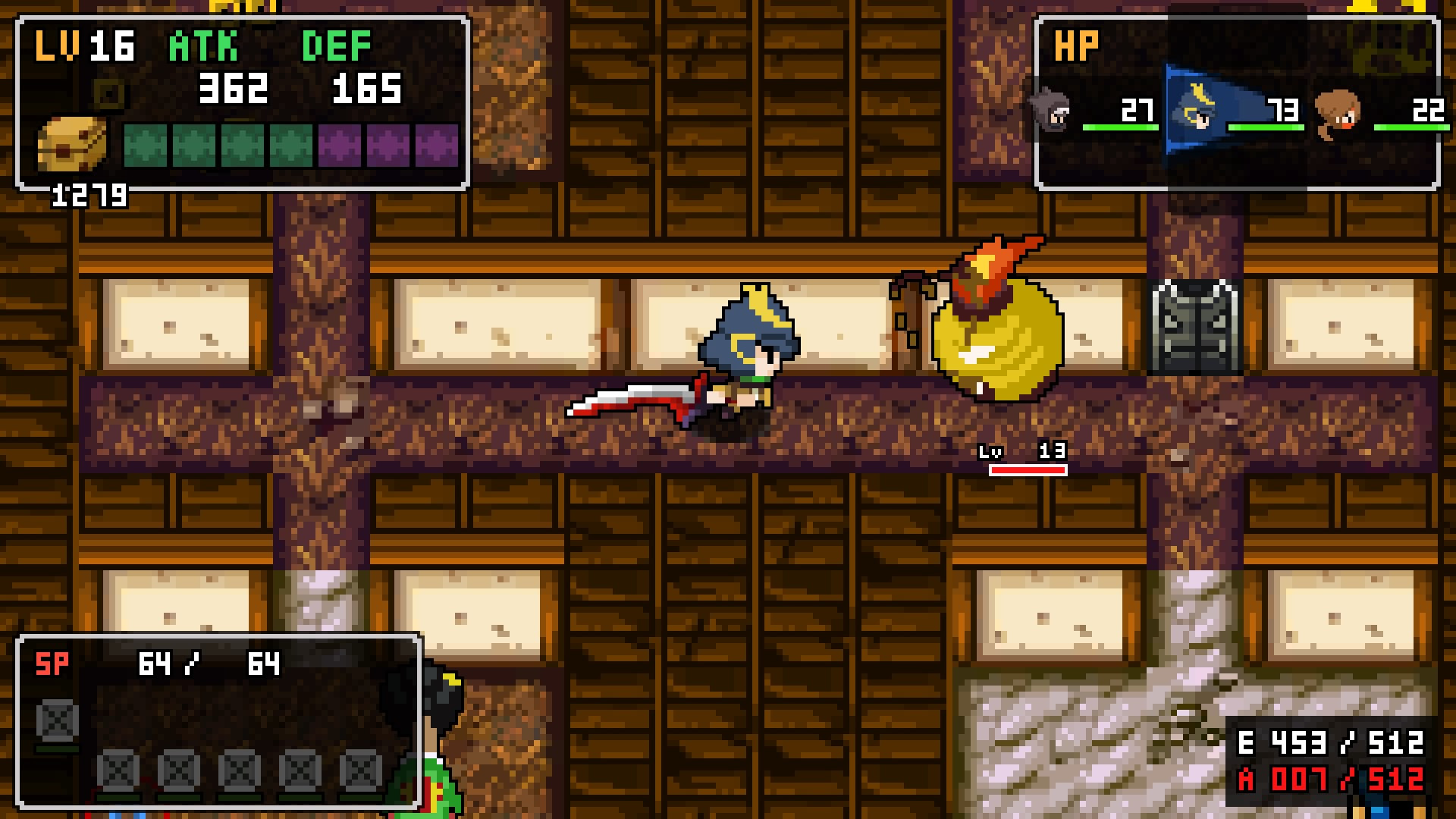 As its predecessors, the art style is very pixelated, which looks okay. The style is used well to provide a surprising variation in background, but on a big screen it didn’t look too great. It certainly looks as if it would look great on a Vita, but the PS4 version made it look too blocky. There are also two soundtracks to choose from, an old school style, or a newer style, both of which are very nice accompanying soundtracks.

Ultimately Cladun Returns isn’t the greatest game around, but what it is, is a solid dungeon crawler that can be as simple or difficult as you want it to be depending on how deep you want to get into its systems. Simple, repetitive with a lot of grinding, but easy to pick up and put down makes it perfect for a casual game, or a portable game. 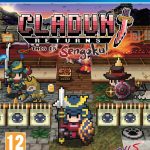