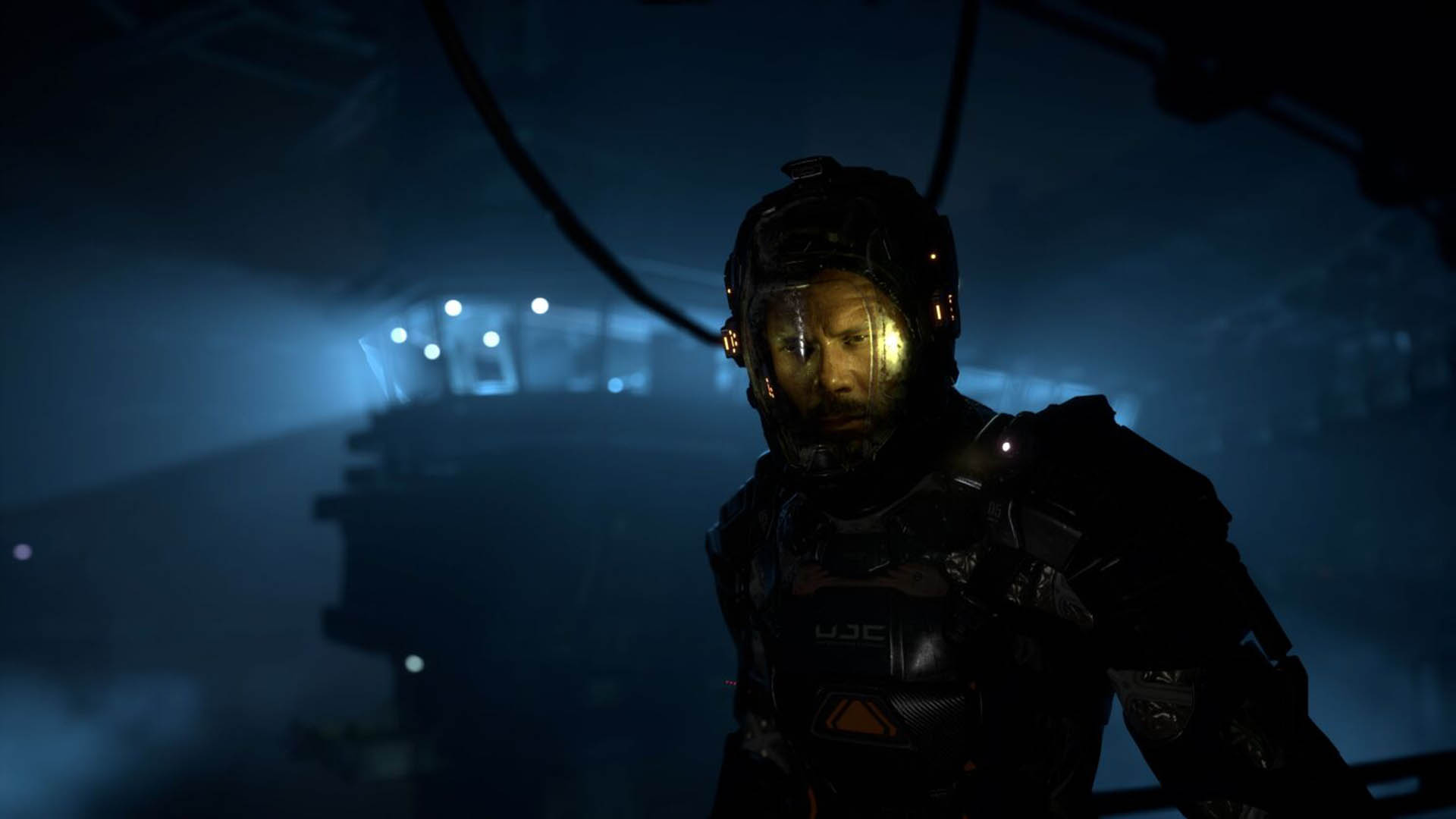 Wrongfully imprisoned, without trial or reason you are Jacob Lee, a contract freight transporter who’s ship was loaded with volatile cargo.

But your ship was breached by a known terrorist cell called the Outer Way.

You cargo was destined for Europa, having come from Callisto, where the Black Iron prison resides.

The Outer Way causes fatal damage to your ship and yourself, your business partner Max Barrow and the terrorists on board have no option but to crash land back on to Callisto.

Immediately you are rounded up and taken back to the prison where your Sci-Fi / horror adventure begins.

With alarms blaring and the sound of chaos all around Jacob is awoken to find a different prison than what he entered in to.

In disarray, destroyed and death everywhere, this is your chance to get out. If you can survive. 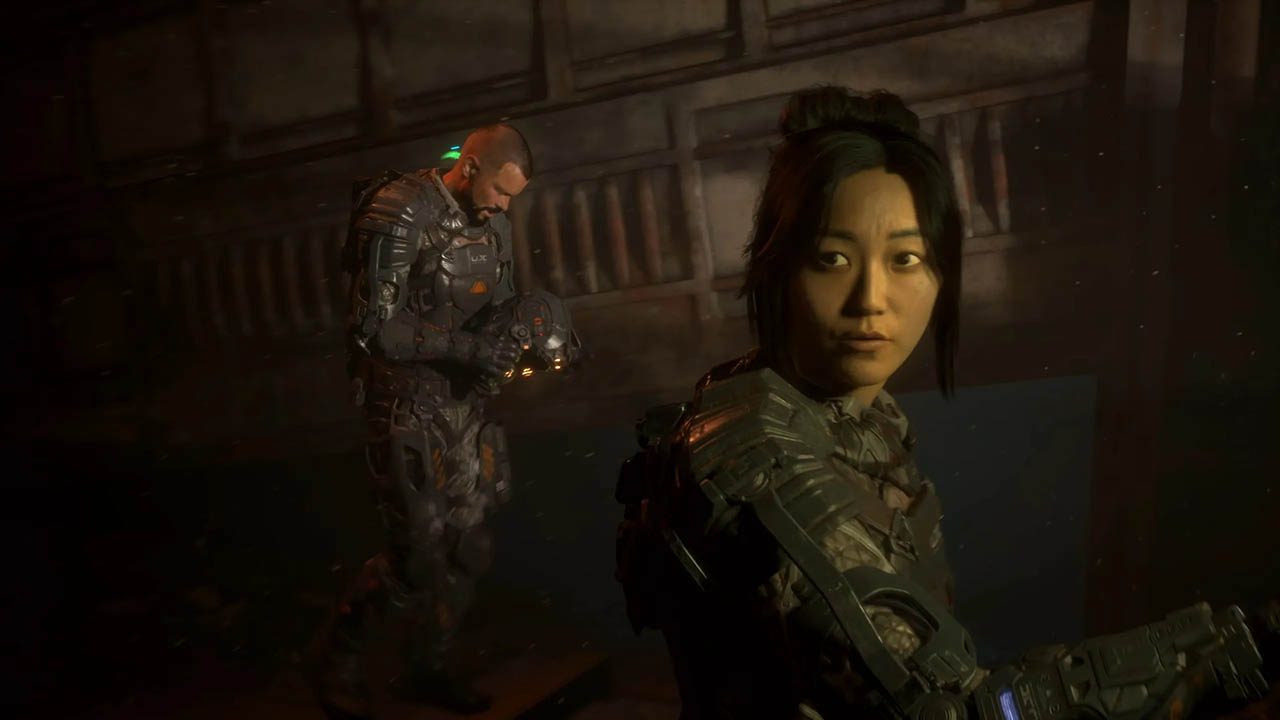 Callisto Protocol from Striking Distance Studios and Krafton has Glen Schofield (Dead Space series) as one of the games’ creators. And it shows.

You will start out with nothing to defend yourself and quickly realise that there are infected prisoners and worse skulking the metal walls, room and grated paths throughout this multi-tiered maximum security interstellar penitentiary.

Real quick you’ll find things to arm yourself with, taking from the dead prisoners and prison guards.

Start out with a shiv and eventually get some high-tech weaponry as you progress.

Black Iron is a mega-prison. Multi levelled and dark with a lot of exploration to be had.

When you were first arrested you had an implant fused to you. If this is removed, you will die. This is your health HUD and prisoner ID. 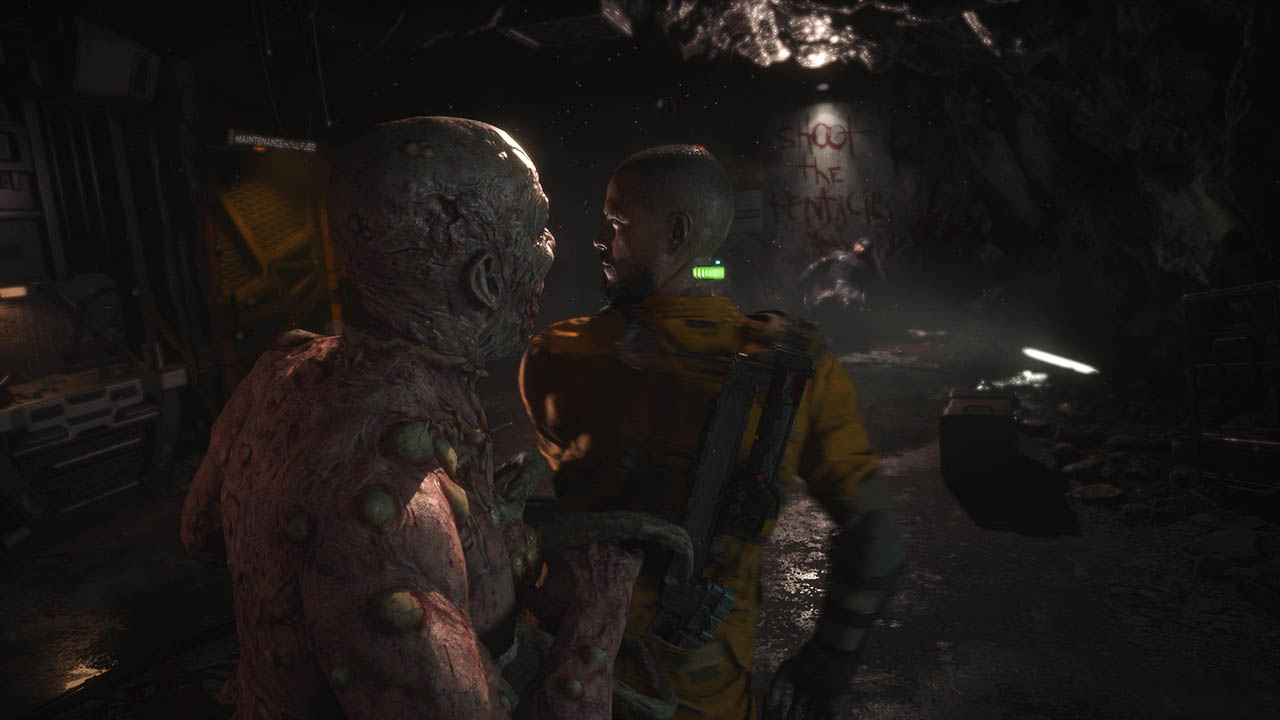 Taking various IDs from guards and at times other prisoners too will add to the story’s lore which you can read in the game’s menu.

You also have an inventory that can get filled up real fast. Weapons that you have, health injectors, ammo and more can be found in there. Your weapons are all upgradeable, providing you have the cash to buy the upgrades. And to do these you will need to find a kiosk.

Amo is limited so my advice where possible mix up your combat with melee and one or two bullets.

There are many similarities to Dead Space in Callisto Protocol. From the third person POV and health HUD being the most stand out.

Controls need a mention here too. As mentioned earlier you can mix up melee with weapons when in a fight with an infected, however the dodge attack needs some serious work. 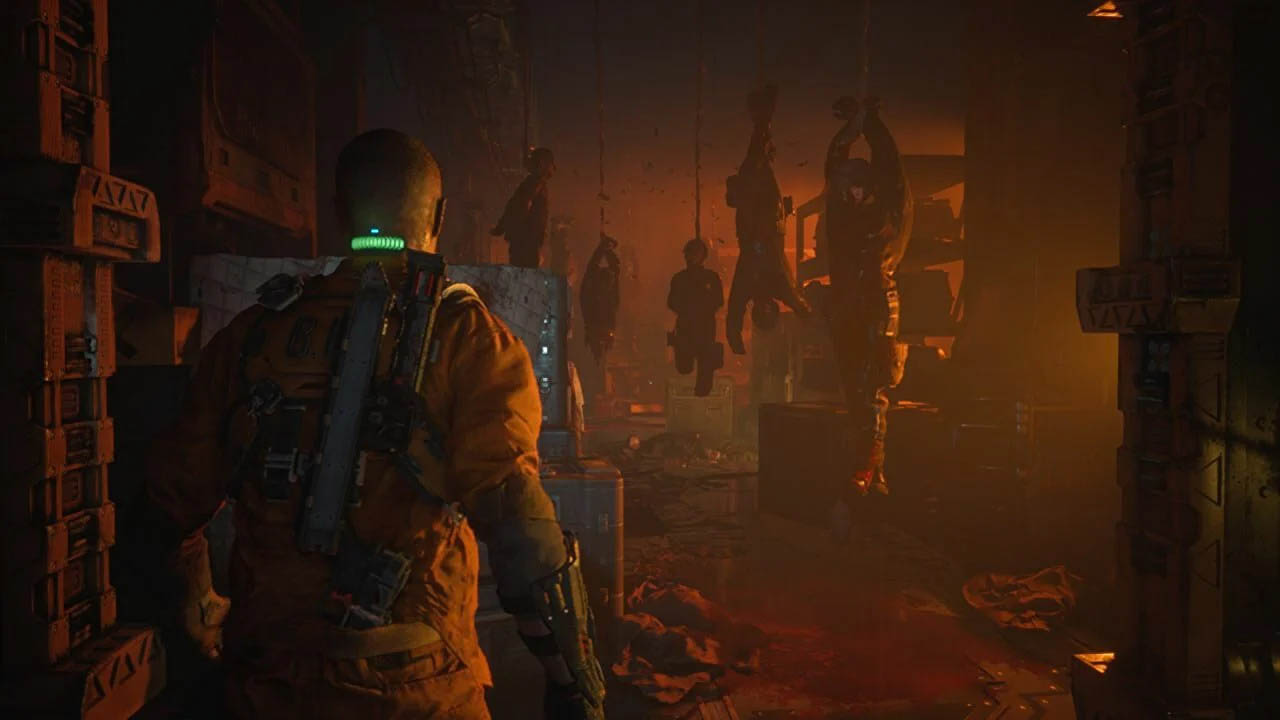 There is no block with the shoulder buttons or otherwise you simply move the L joystick to the opposite side of an attack to duck.

This sometimes works and other times doesn’t. I found that when you’re being set upon by more than one monster at the same time, the game will often mistake a dodge for a full movement.

I lost count of the amount of times I dodged but ended up moving in to the aggressive arms of another infected that was flanking me on the right or left.

Levels can get a bit samey samey. For the most part of the game you’re in the prison. For a period of time you make an ally, another prison survivor, but he tends to keep himself nice and safe in various places and sends you out to achieve tasks in order for them to inch their way to freedom.

Despite those mentions, the game plays extremely well and fluid on PlayStation 5 and the character likenesses are near-to real life. Jacob really does look like the actor you’re playing him as; Josh Duhamel. Almost phot real.

Callisto Protocol has the gore, it has the air of creepiness with a gritty mechanical feel.

It’s a worthy play, a game I have throuroughly enjoyed playing through and definitely recommend to those that still hold a flame for Dead Space (which has a remake in the works).

Get yourself locked up in the 2023 and face the horrors of Black Iron Prison, uncover a larger plot and try to make it out alive. 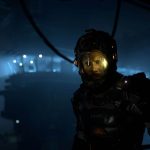