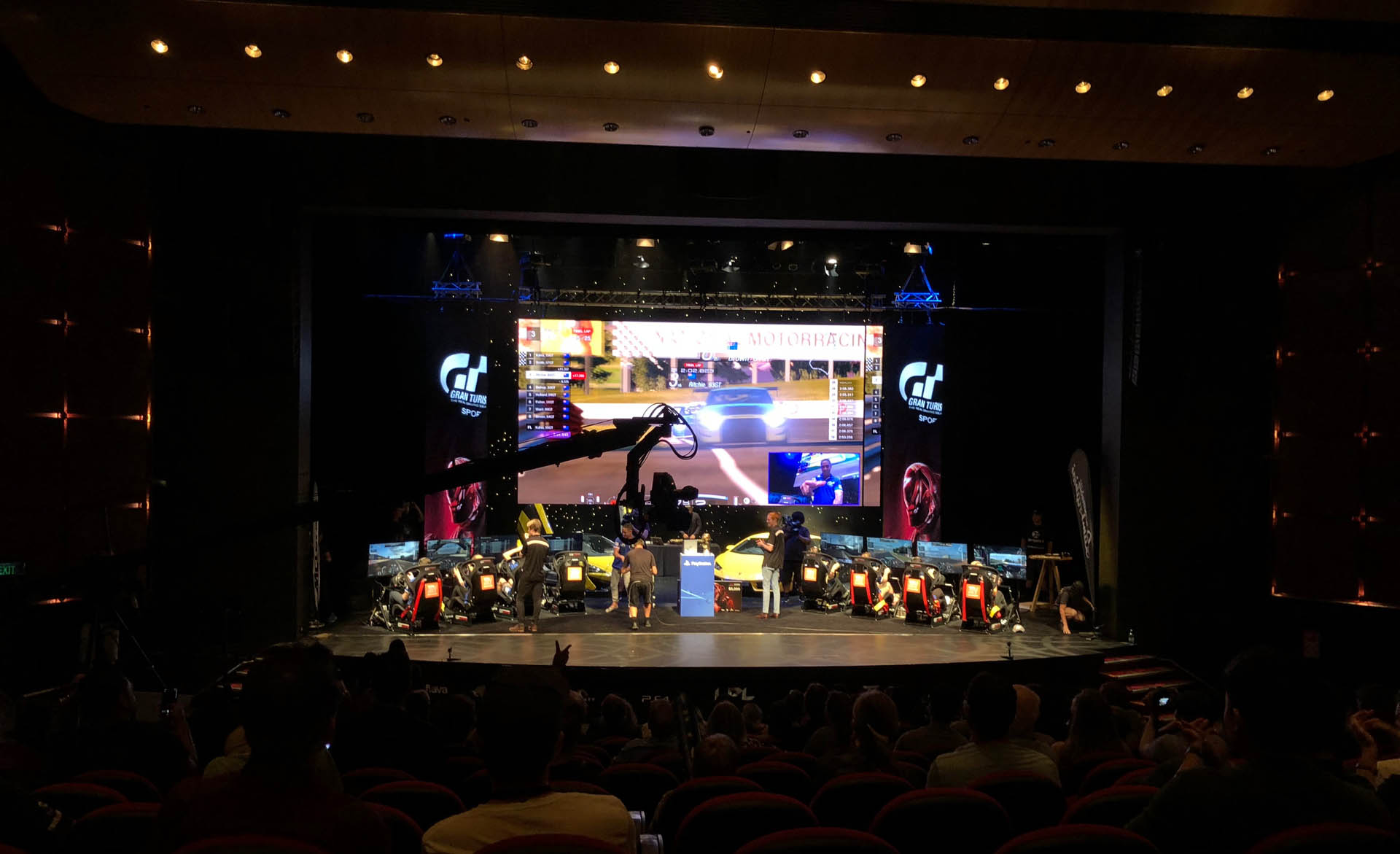 The stage at Auckland City’s SkyCity Theatre was adorned with Lamborghini’s, light shows and seven contestants vying to be the nations GT Champ and walk away with five thousand dollars (NZD) in prize money.

First up was celebrity racing with New Zealand’s soap / drama TV Star and Radio DJ Pua Magasiva, then it was on to the hard serious racing. 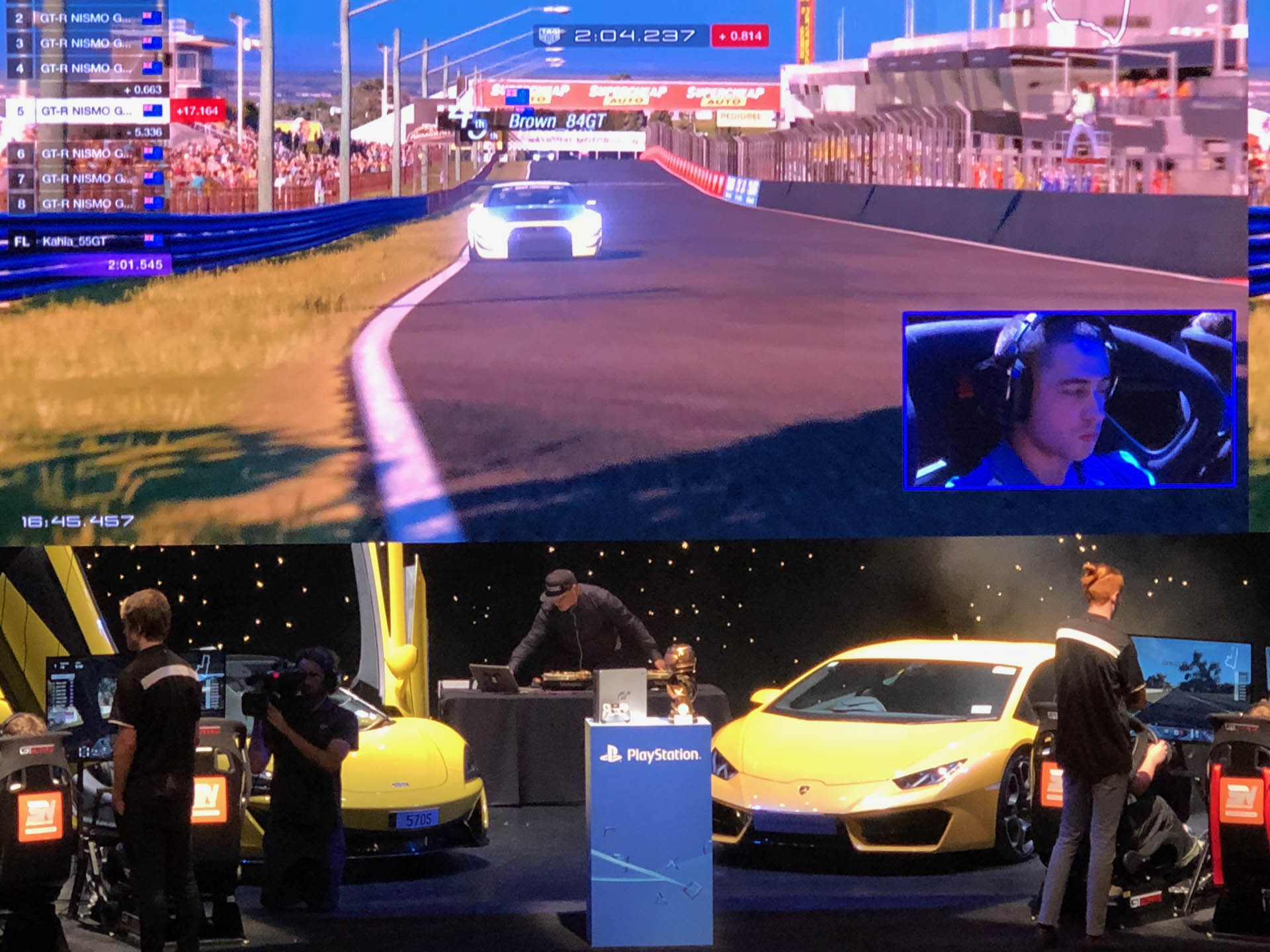 The two hour or so event saw the seven would-be GT Champs pitting it out against eachother with white knuckle racing as the moderately sized spectator crowd cheered them on.

Real world racing champ; Faine Kahia who has been in the physical racing world for seven years including coming second in the South East Asia Formula 4 Competition.

We spoke to Faine briefly before the e-sports racing began and he admitted that he was nervous and unsure that his real world skills would transcend to digital. 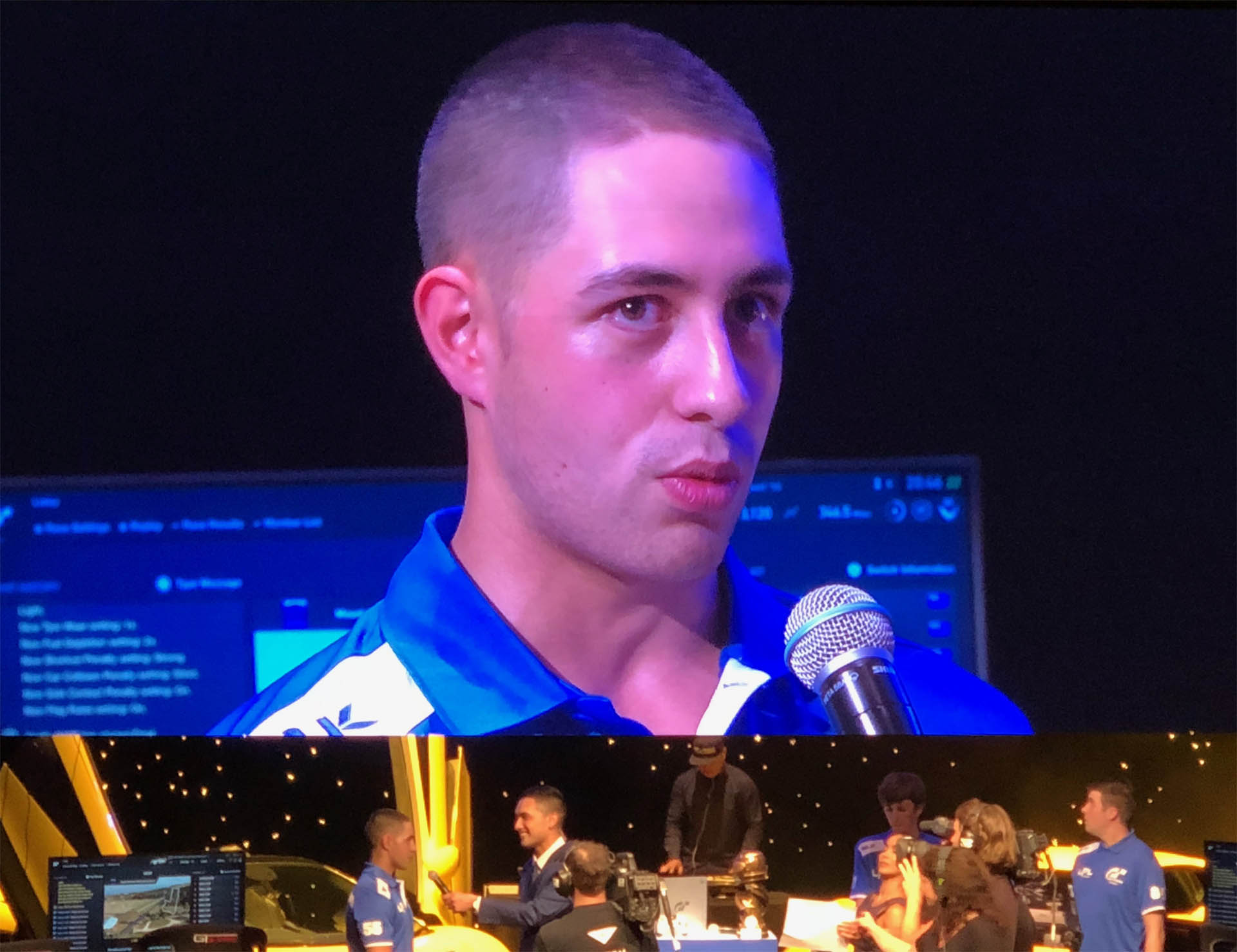 Nonetheless, it was Faine who took the New Zealand GT Sports Championship of 2017.

Proving that e-sports is a real sport and the similarities between real world and the digital one have no barrier, Let’s Play Live leads the e-sports community for New Zealand.