I’ve always found WWE to be more about the characters and the story rather than the actual wrestling. If you just throw two guys in the ring and asked them to wrestle, I would quickly lose interest. Throw in a storyline though with a few twists and give those two guys a personality, then you will have my attention. While WWE 2K16 manages to pull off the wrestling side of things pretty well, it fails to capture what makes the WWE special outside of the ring.

This failing is most exemplified in MyCareer mode which really should be where any great WWE game stands out. Here you play through the career of your character from NXT newbie to WWE Superstar. 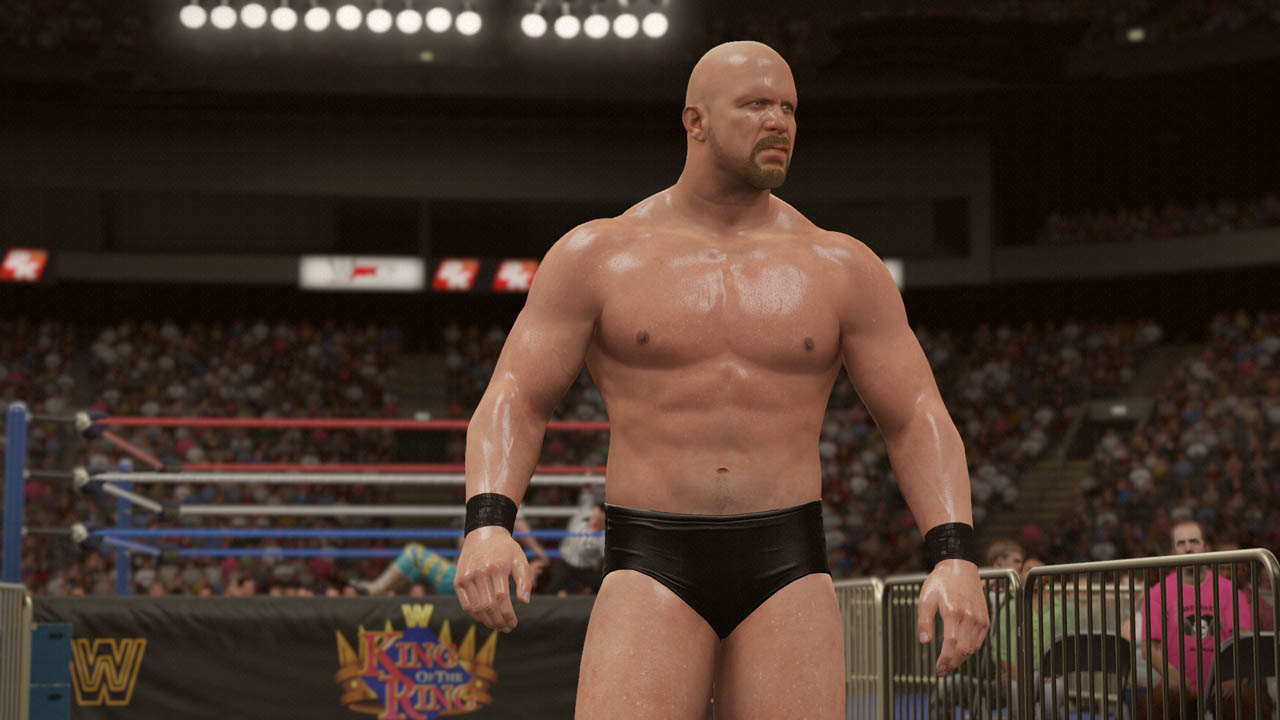 To its credit, the mode features deep and rewarding character customisation options. Despite offering a lot of diversity, the visual tools can get a bit tedious to use if you want to go any further past the basics. In terms of move sets, you can go through and assign each individual move for your character to use or, if you are lazy like me, you can copy the move set of your favourite character.

The upgrading system also works very well. Your player has an extremely long list of attributes ranging from springboard offence to leg durability. After each match you are given points based on your performance in the ring which can be used to upgrade each of these points. As your character’s attributes are broken down into so many tiny pieces, it enables you to personalise to suit your play style. 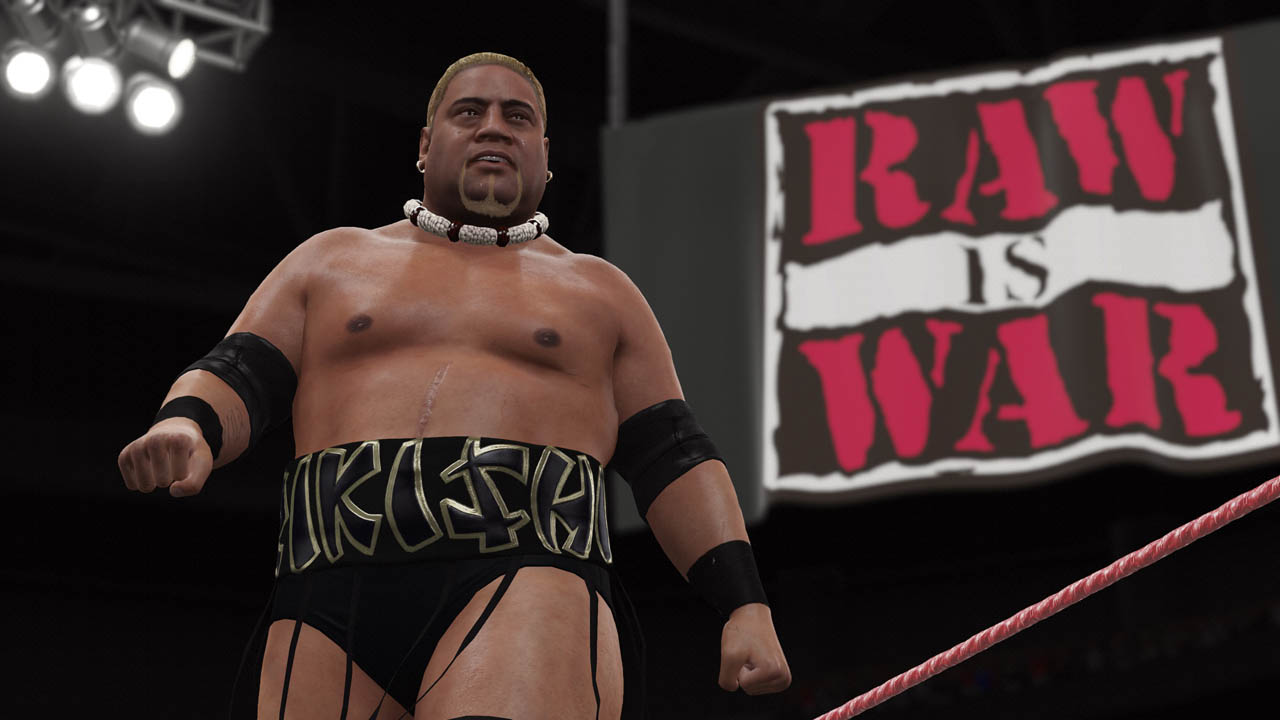 The closest thing to a story in this mode is the very anti-climactic rivalry system. In practice this generally means that on your way to the ring in a match, someone random will come out and attack you. Following a couple of weeks of generic match interferences or matches against each other, you will fight at a pay-per view event ending the feud. Rinse and repeat. These rivalries completely fail to ascertain the sort of entertainment or emotion that is seen each week on the WWE.

The feeble attempt at character personalities also proves to be unsatisfying. If you haven’t seen wrestling before, after playing WWE2K16 you would be forgiven to thinking that wrestlers don’t have a personality. Your character is assigned the protagonist trait of “face” or antagonist trait of “heel” based on your answers in very generic interviews that occasionally take place. Other characters are also given one of these traits however they aren’t adequately played out on the screen. The attempts at personality end here. 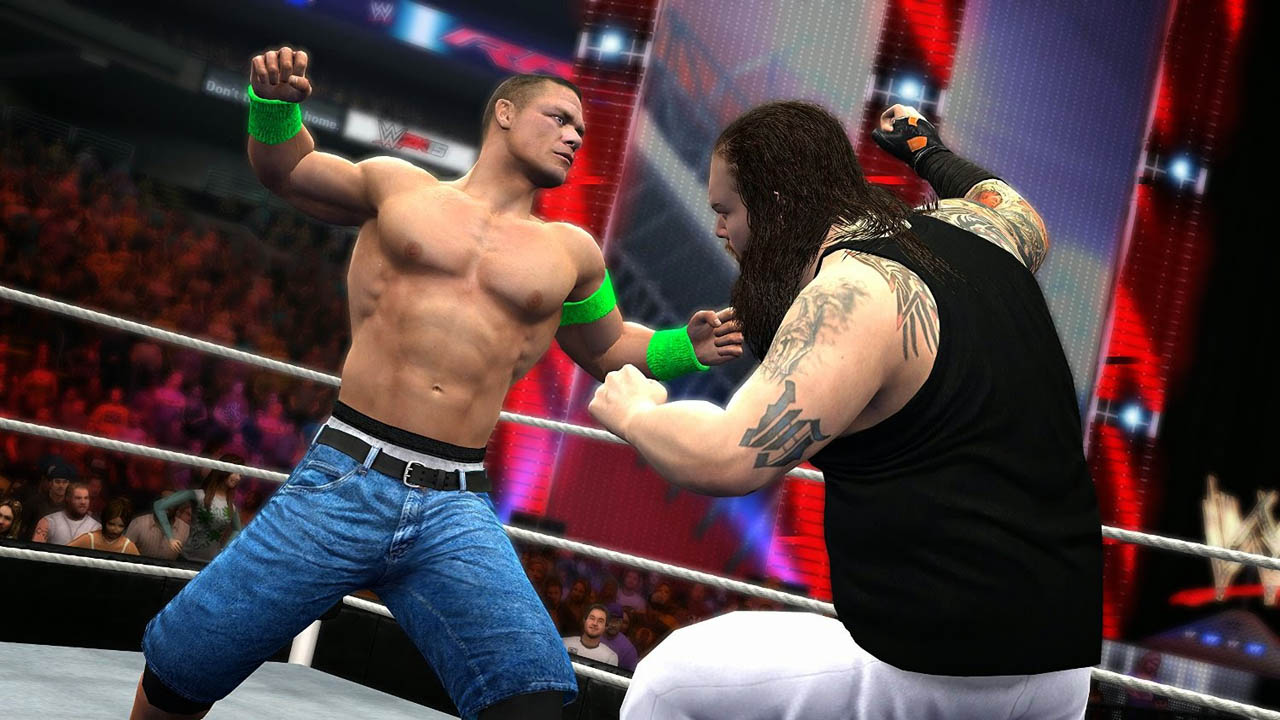 The closest thing to a manager mode comes in the form of the WWE Universe mode. If you go in hoping for a manager type mode though you will be disappointed. This mode basically allows you to create rivalries, set up matches and also participate in them if you choose. The experience though is a bit tedious and ultimately unrewarding.

The most interesting mode to me was the 2K Showcase where you play through the epic career of “Stone Cold” Steve Austin. Having only got into wrestling towards the end of his career, I found being about to play through his career both entertaining and engaging. Actual footage is played between matches which help to throw you into the situation. 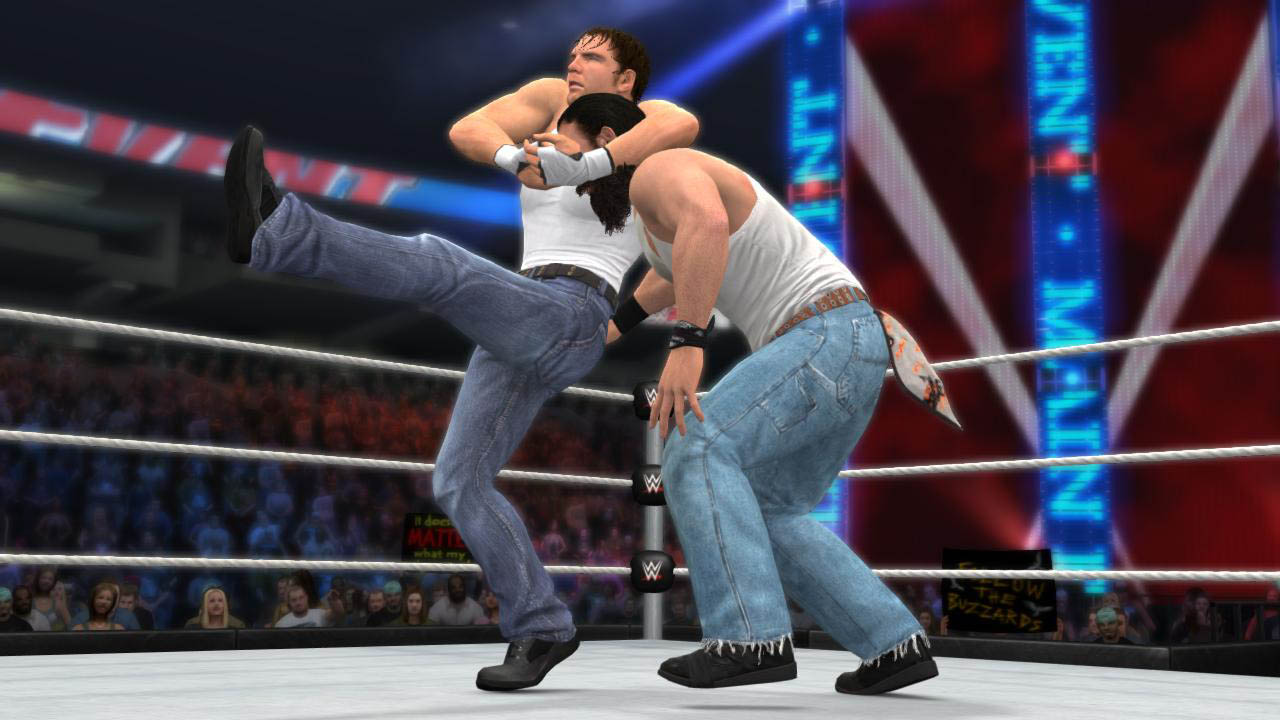 Despite its other flaws, WWE2K16 does a decent job with the actual wrestling part of the game. Matches naturally go through a backwards and forwards flow of momentum due to a mostly well implement reversal system. Each wrestler starts out each match with up to 5 reversals depending on their attributes. Every time an opponent uses a move, there is a brief window of opportunity to press a button which reverses the attack. Time it correctly and you consume one of your reversals however they slowly refill over time.

The problem arises though when you inevitably run out of reversals and are left completely defenceless as your opponent mercilessly attacks you. By the time your metre refills enough for a reversal, so has your opponent’s.  When you do finally get your reversal, you may only get a couple of attacks, if any, in before your opponent reverses your attack and you are left once again defenceless. 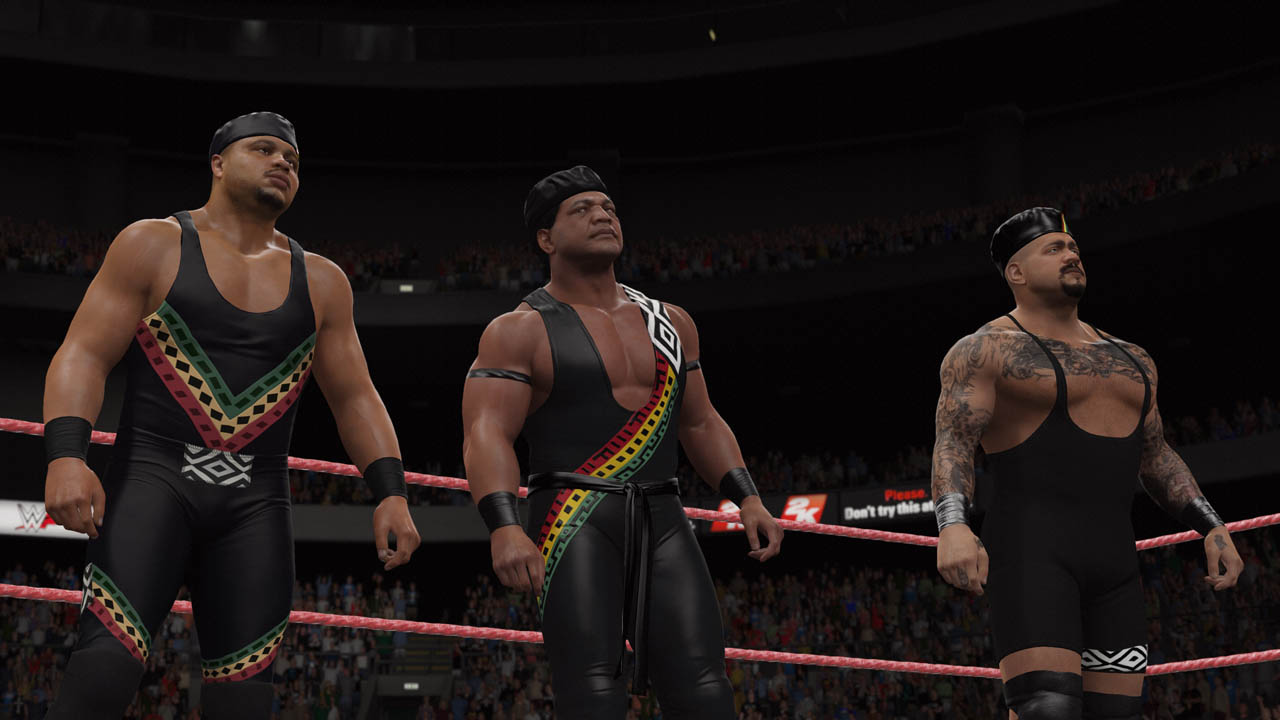 One thing which didn’t sit well with me was what essentially is a health bar for each character. I only ever managed to get to the three count once my opponents health was at zero. One of the exciting things about wrestling is not knowing whether someone will kick-out or not, this health system takes away this unknown and the excitement with it. It also works against the finishing moves which feel more like a way to reduce an opponent’s health than a way to actually finish your opponent off.

Commentary for matches is also a problem. There is a very limited pool of dialogue which causes the commentary to get extremely repetitive. Lines are repeated not only between matches but even inside of a single match. 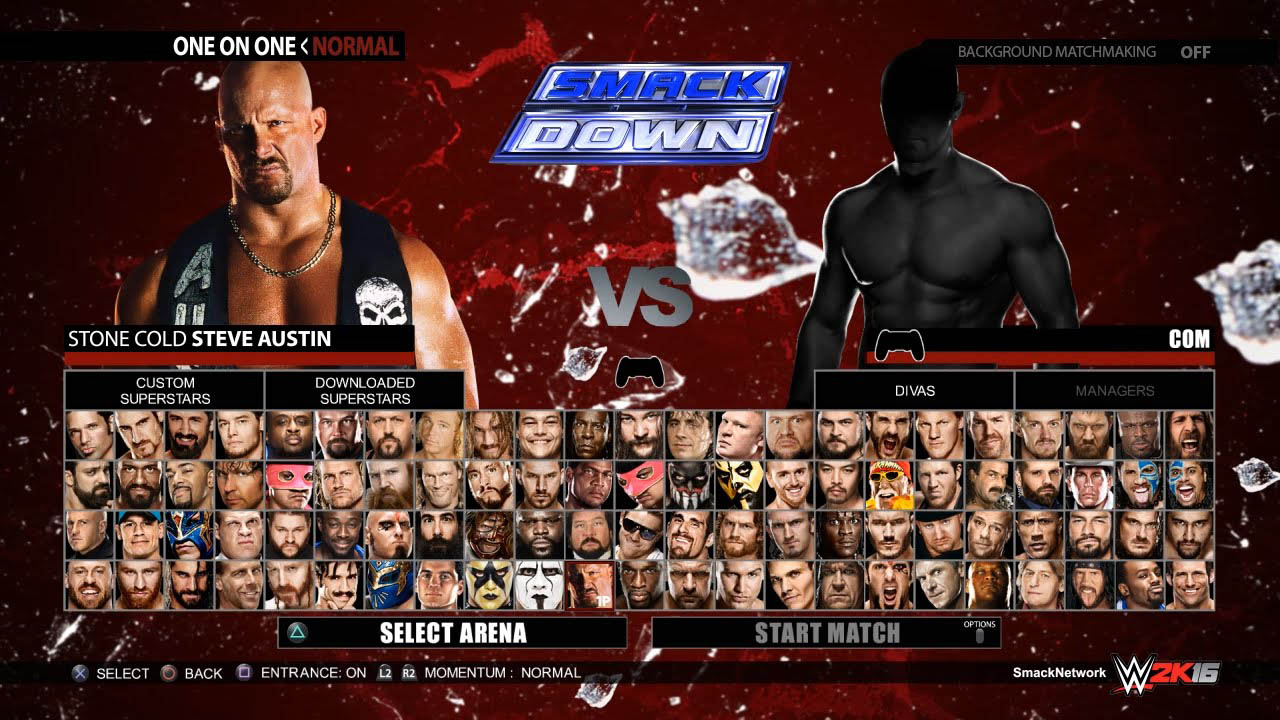 The rosters in this year edition is fantastic, featuring over 120 characters containing a good mix of classic legends and current superstars. Graphically all the characters look outstanding looking just as they do in real life. The game also features a great selection of modes.

WWE 2K16 unfortunately isn’t the embodiment of WWE that it should be. Despite featuring generally solid wrestling mechanics and an epic roster, the key modes available far from live up to their potential.