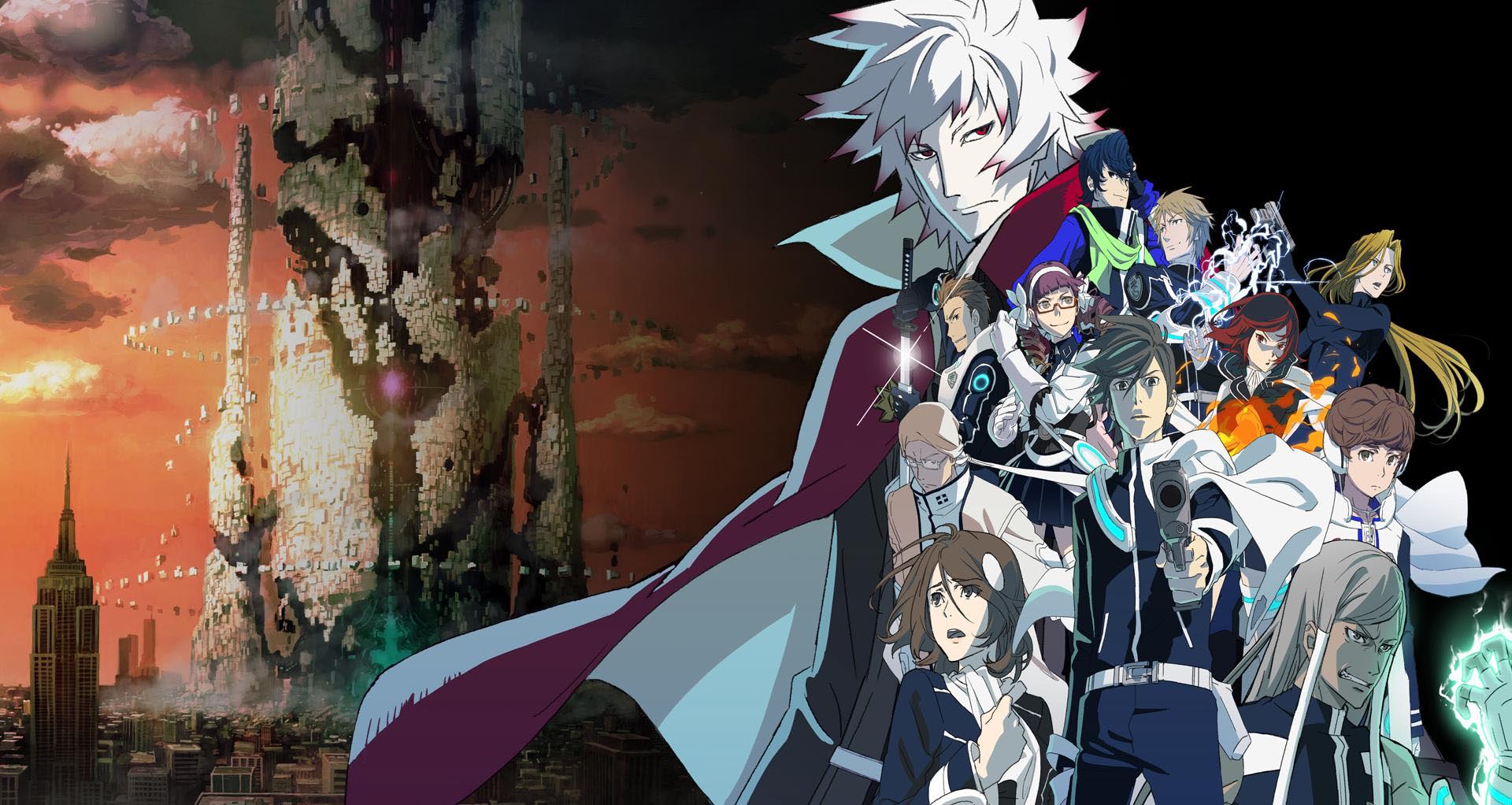 Lost Dimension is a tactical RPG but it certainly ventures out to be rather unique, in that it does not keep to the generally large scale or open world themes that most others do. It is available on both PlayStation 3 and PlayStation Vita. It is centred in a very small space from where you set out to battle.

The game has an interesting premise. You, along with a random assortment of other psychically talented individuals, are stuck in a mystical tower. You were all sent in as part of different teams of a special justice squad known as S.E.A.L.E.D. However those present seem to be the only ones that made it inside the tower.

Amongst the confusion the bad guy, aka The End (ominous if ever I heard it), is truly malevolent in that he toys with the group and sends them playing to his own sadistic tune. He relays to the group that amongst them is a traitor. Clearly not causing enough discord within the group, The End makes progress impossible without voting out this alleged traitor, then he or she will be ‘erased’.  You, Sho Kasugai, along with your companions must vote, and it is up to you to discover the traitor and persuade those around you of your convictions. 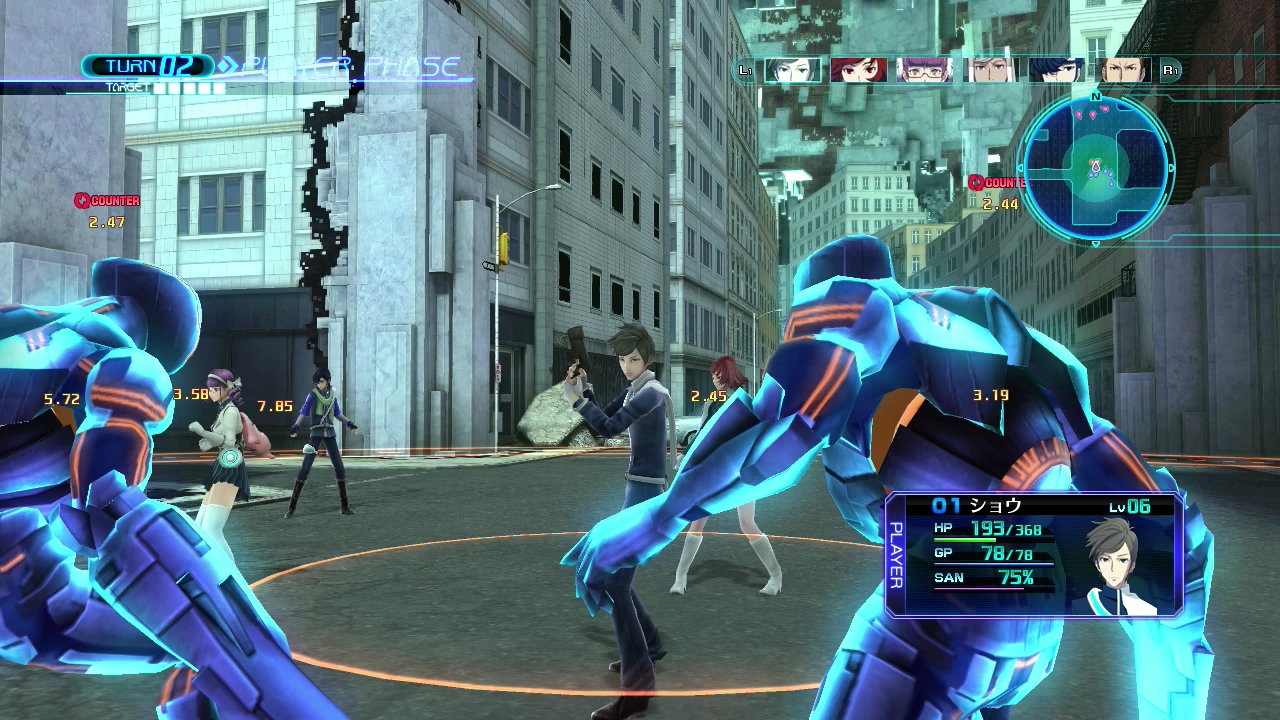 The game is strongly based around relationships, detective work and interacting with the others in your team. However after a while you simply see them all as pawns and not individuals. Maybe that’s the point, how when faced with such choices and situations, what becomes of us.

The theme of voting off traitors continues but soon it all just becomes a game. I did really like the premise and ideas. They did try to make everything a bit more involved and create a more interesting scenario.

Maybe it was just me, but implying everyone is going to be picked off eventually had me not caring who the traitor actually was. It left me feeling the only power I had was to simply choose the order in which they die. So I compartmentalised who was useful and who wasn’t, who I liked and didn’t, and whoever was left was getting the chopping board… or eraser. So, yes, I may have persuaded the others to vote for a certain character even though I didn’t really think they were the traitor. 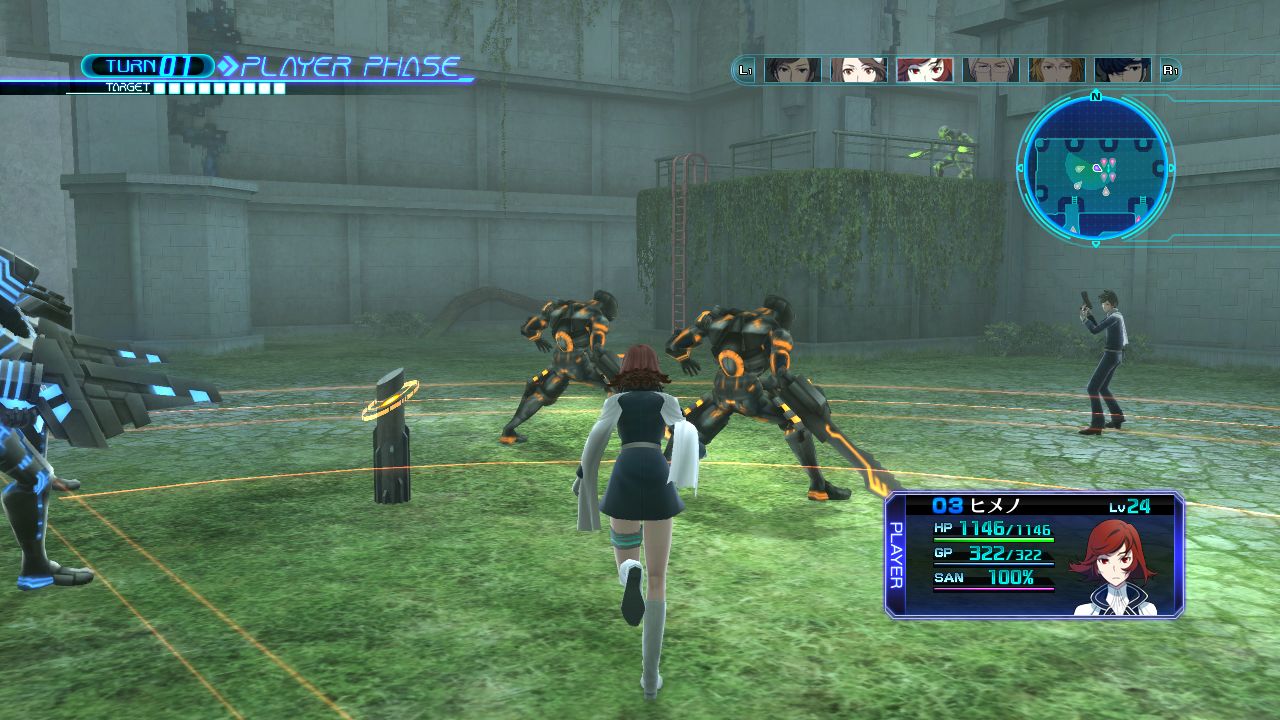 The squad is trapped in a Lobby. From here you can interact with others, deduce the traitor and outfit the party with new items, weapons and abilities.

Each character has a set of unique psychic abilities, from setting fire to things to levitation. This adds another level of strategy to the battle scenes. I realised certain individuals complimented each other better and so grouped them appropriately.

Participating in combat will earn your team gift points which are then spent on upgrading your abilities and unlocking new paths for them. I like the simple but expandable tree paths for each character. You could see what you needed to unlock a particular awesome special attack. 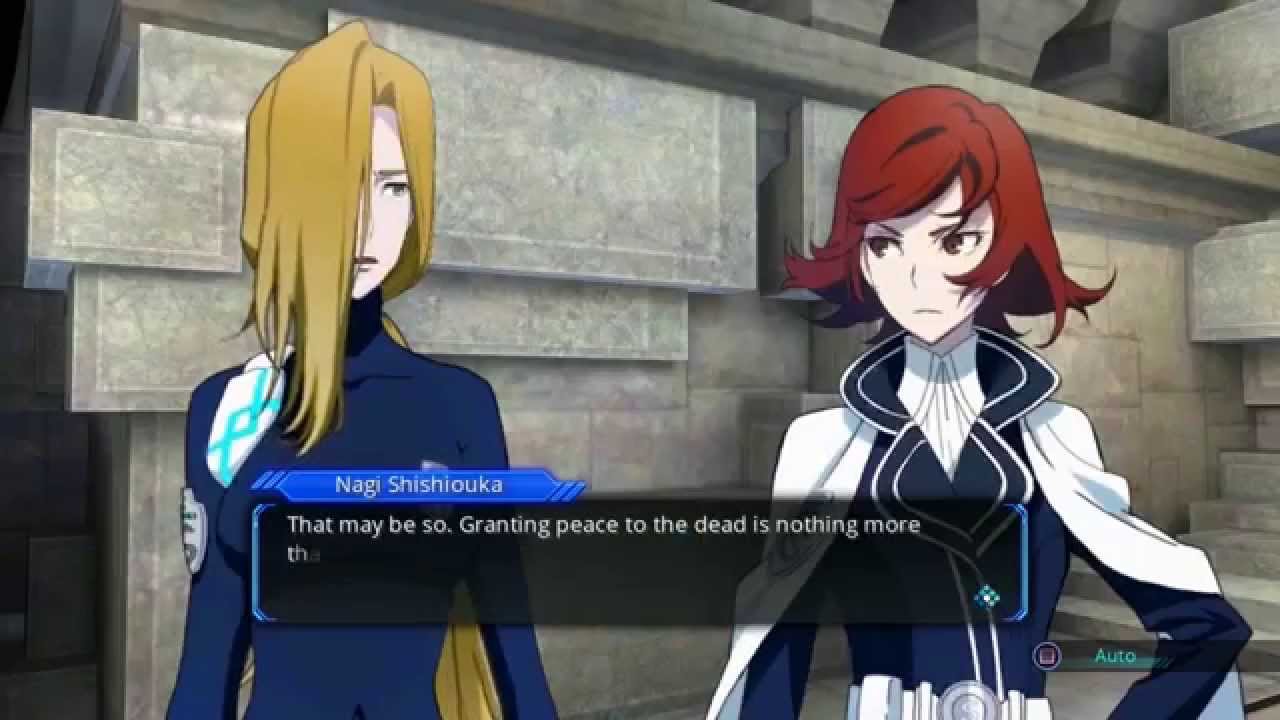 The combat scenarios are set up as individual missions. Selecting one will throw you and your chosen team into a pre-set Level. You can select who specifically you want to take with you on the mission and can even select their starting positions within certain given spots.

Being a tactical game, the combat is turn based. Each player on your team gets a move.

You get to choose exactly where you want them, within a certain range, and then make their action. You actually control the character to move them, then assign an action, and that’s their turn. A team member can also defer their turn to a nearby comrade or give an assist bonus if positioned correctly alongside allies. 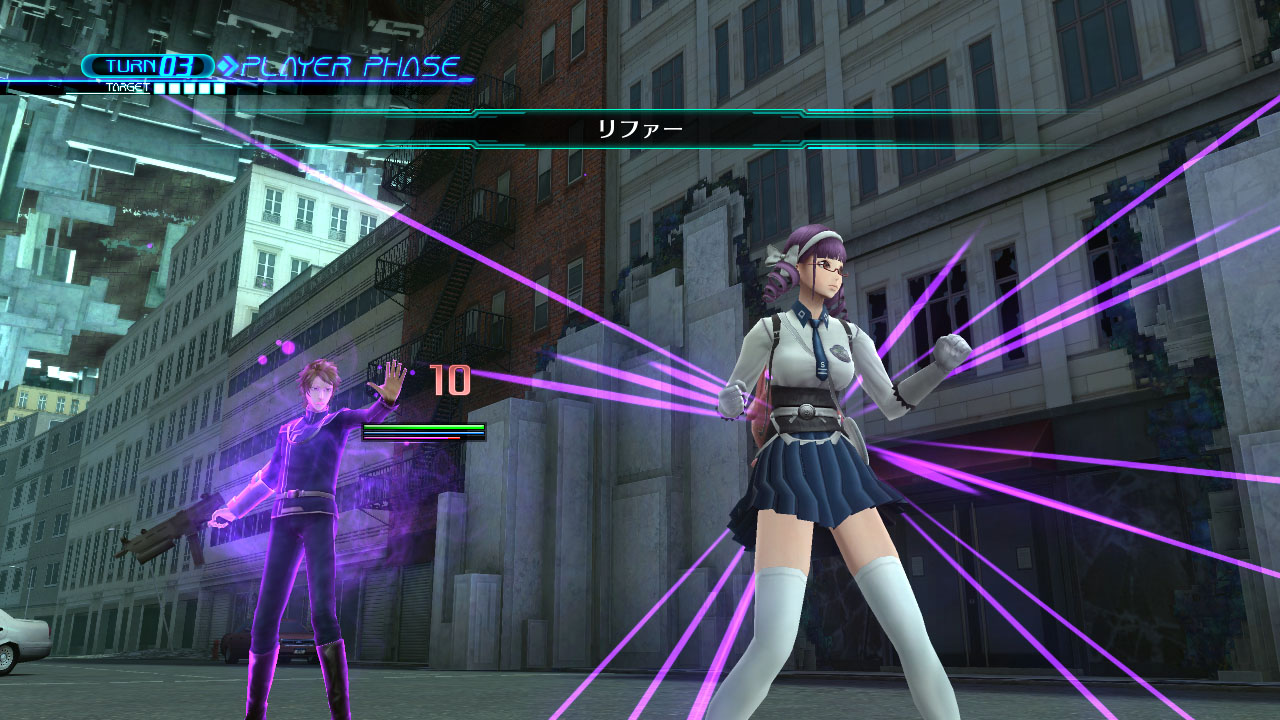 This however can also be said for the enemy, so having them group together is really the last thing you want to let happen. I did enjoy the combat. It provided numerous strategic approaches with the different character abilities and deciding the layout ofparty members on the battle field. Experimenting with different abilities also kept combat interesting.

The enemies however do not seem to vary all that much, which is a bit disappointing. Versing the same looking guys over and over does get a wee bit dull. For a PS3 game the graphics are quite average. Not exactly detailed but bearable. The characters are all anime styled, so cut scenes and interactions between them are pretty enough. The environments are really the let down here. 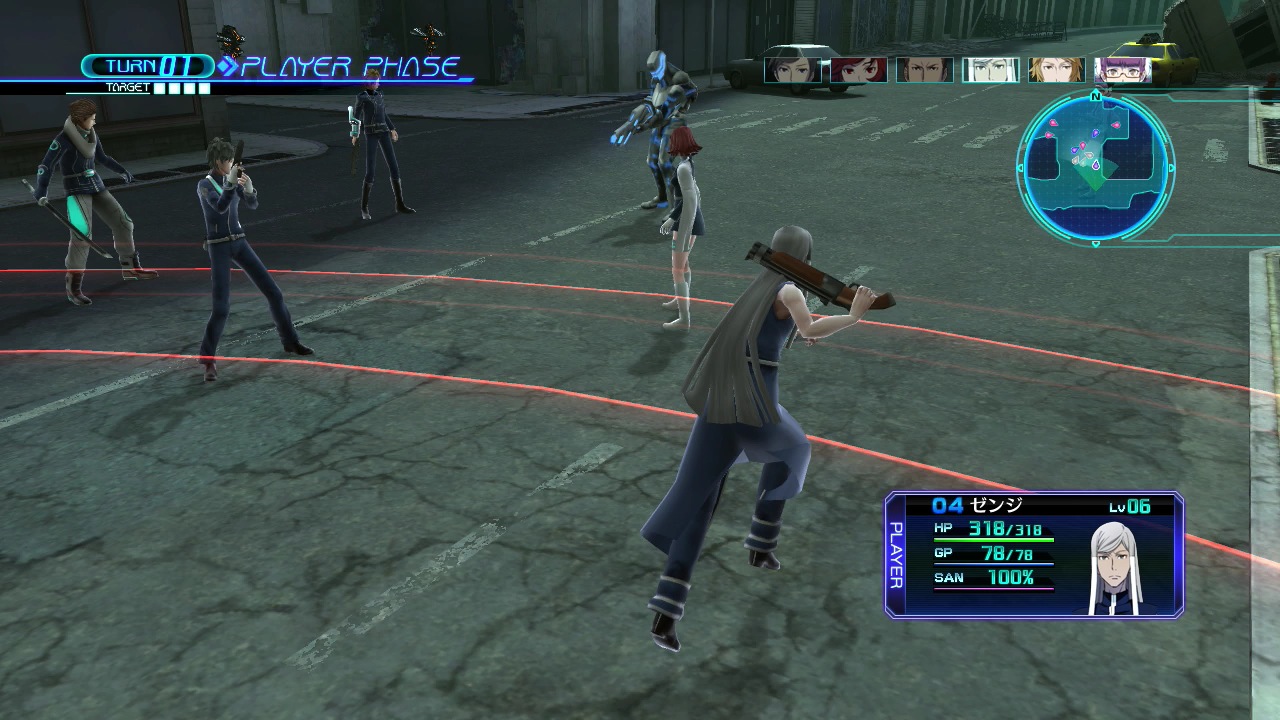 Lost Dimension is a different sort of tactical RPG, one that focuses quite strongly on character interactions and tough decisions.

The world and environment are actually quite small but this was ok as it is not the main focus. The combat Levels didn’t really vary all that much but I still enjoyed battle and the strategic decisions involved. Graphically it’s quite average and even a little plain but once again it’s not too much of a bother as you have bigger and more confronting concerns.

It’s an interesting game and the story is quite intriguing but it does lack luster. While decent overall, Lost Dimension just doesn’t contain that special something.