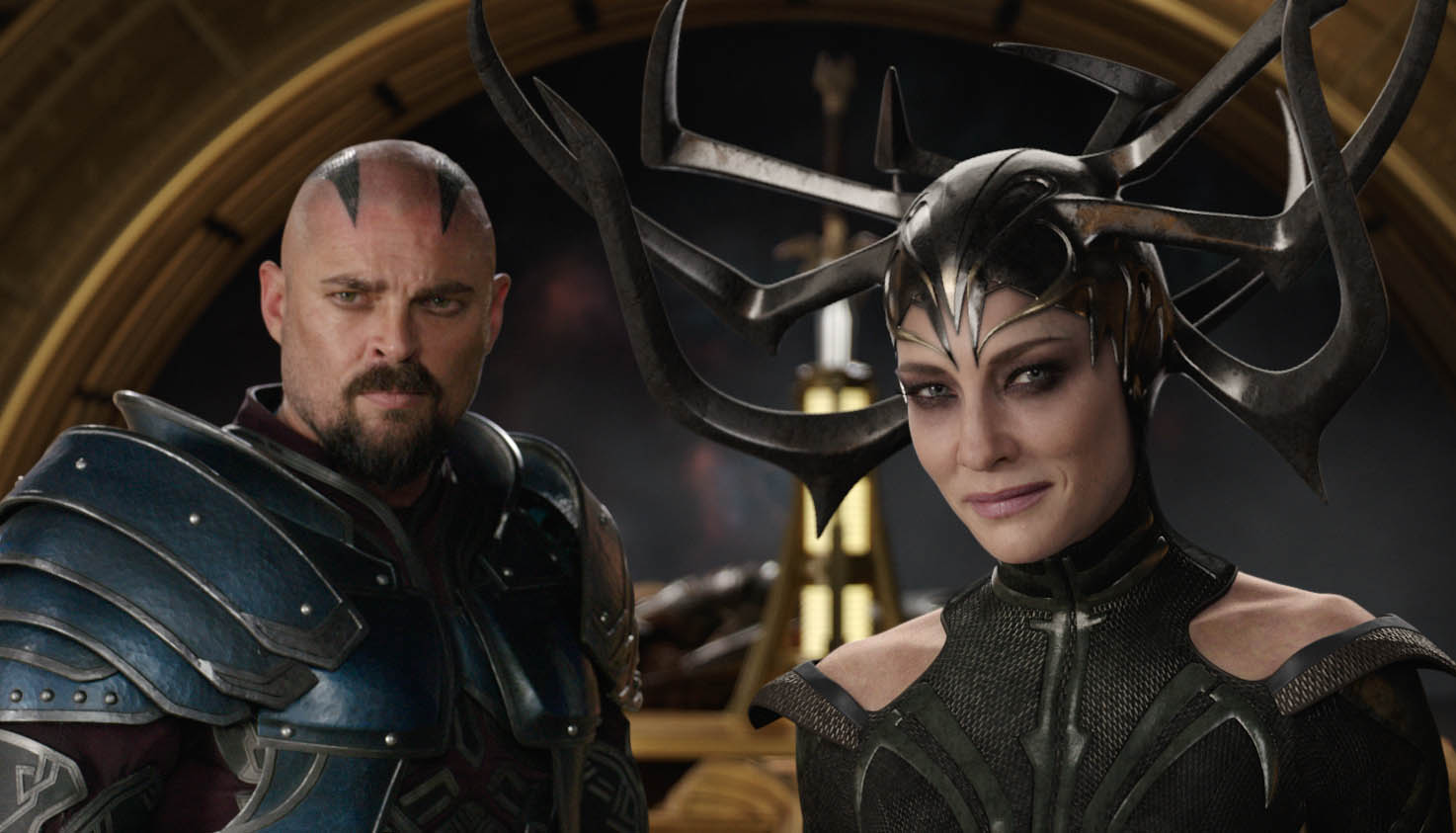 Let’s get something straight – Thor is the silliest Avenger.

Super assassins I can handle. Genetically engineered super soldier? Seen it before. Billionaire playboy with fancy gadgets? Essentially just a cheerful Batman. Man who gets big and strong when he’s angry? Totally within my suspension of disbelief.

Then we get to Thor Odinson. The Literal Norse God of Thunder. 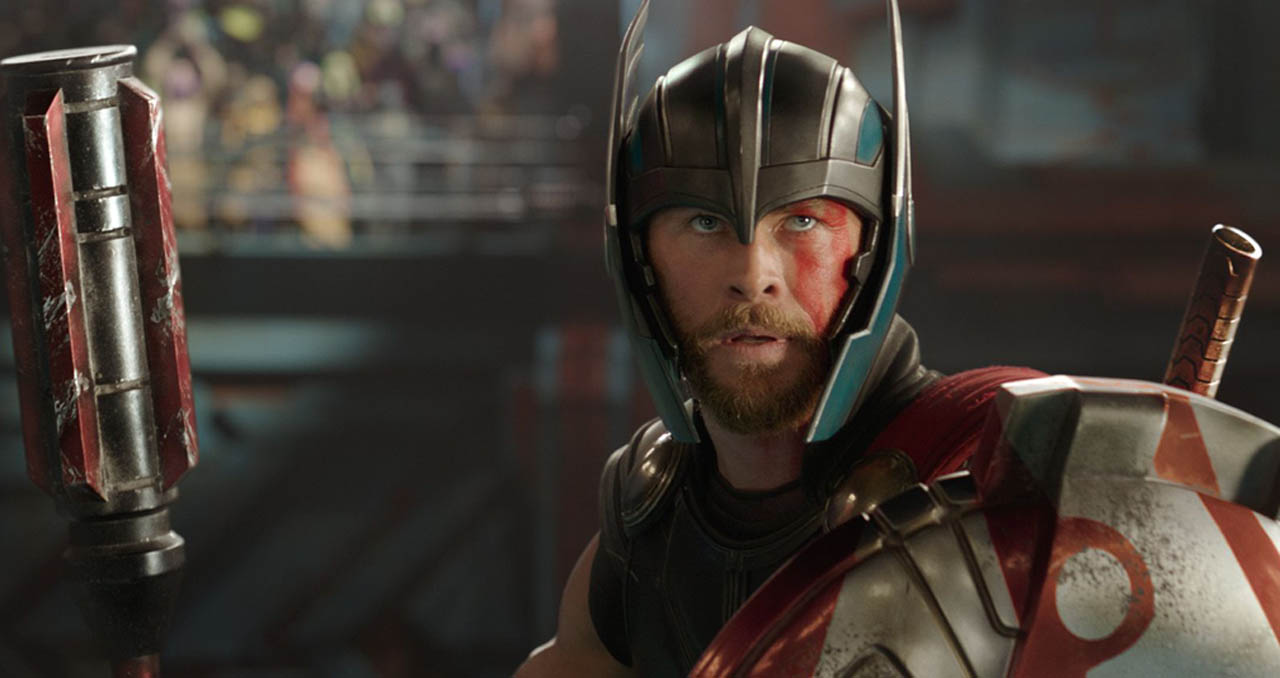 Because of this imbalance in plausibility, the Thor franchise has never quite found its footing, swinging between shakespearean melodrama and slapstick silliness without finding a consistent or compelling tone.

Luckily, if there is one director who knows how to make something fun out of something fundamentally silly – it’s Kiwi born Taika Waititi. Ragnarok leans into the insanity of its source material and makes it a strength.

The central arc of Ragnarok is Asgard being taken over by the newly returned Goddess of Death, Hela, (Cate Blanchett). Thor and his long estranged brother, Loki (Tom Hiddleston), must attempt to get back to Asgard after ending up trapped on a new world, Sakaar.

Sakaar is a dumping ground, where wormholes jettison whatever they’ve sucked up from across the Universe. It’s crowded and colourful and presided over by a gloriously camp Jeff Goldblum as ‘The Grandmaster’. Here is where the film is strongest, surrounded by fresh locations, characters and a playful tone which is a joy to watch.

As has been beaten to death by trailers, it is here where Thor meets up with old Friend Bruce Banner / Hulk, and new friend Valkyrie (Tessa Thompson). Loosely based on the iconic “Planet Hulk” storyline, in which Hulk is forced into becoming a gladiator on a barbaric alien world, the Sakaar section of the film is a wonderful medley of action and comedy.

Chris Hemsworth embraces the more humorous tone of his iconic character, and shows he has a surprisingly strong knack for humour, providing the most fun Thor we’ve yet seen.

The set design and soundtrack are both beautifully evoke the classic, Flash Gordon style 80’s epics which obviously inspired the film and every new set in Sakaar is a joy to behold. 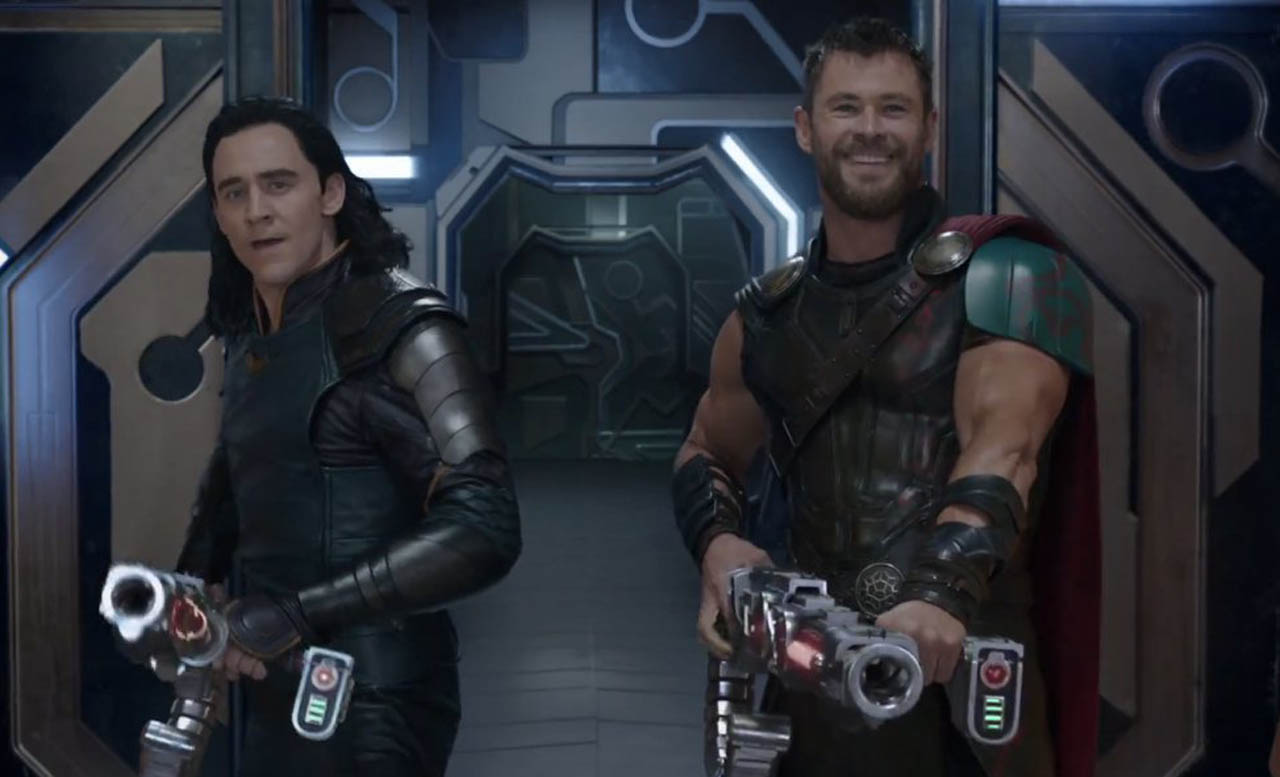 Mark Ruffalo is once again excellent as Bruce Banner / Hulk, with Hulk in particular being an actual character this time around, instead of a rageful force of nature. His interactions with Thor make for some of the film’s best laughs.

Newcomer Valkyrie makes a far better female lead than the series had in Jane (Natalie Portman), she’s a hard drinking, capable warrior who proves more than a match for Thor.

The usual cameos and inter-film tie ins also abound, from Stan Lee to Dr Strange (Benedict Cumberbatch), with Odin (Anthony) Hopkins popping in briefly to provide some grave exposition to his sons. Loki (Tom Hiddleston) is his usual scheming self, though somewhat toothless these days, more snarky but harmless sibling than villainous God of Mischief .

Taika Waititi himself makes the best new addition to the cast, as the Rock monster ‘Korg’, bringing a uniquely Kiwi brand of offbeat humour which grounds the film during some of its more highfalutin moments. 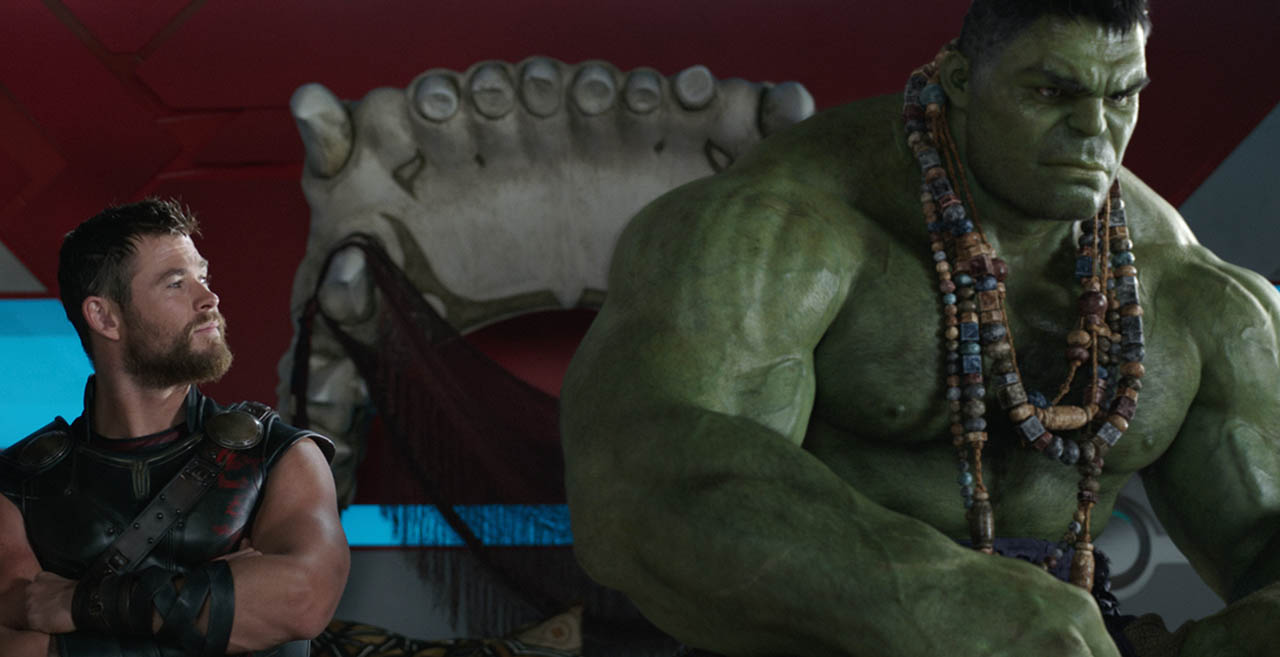 The action in Ragnarok is excellent, with Taika showing that he doesn’t just have the chops for comedy, but can deliver the awe inspiring moments Marvel has banked on ever since Avengers first assembled. This is also the first movie to really explore Thor being the God of Thunder in any actual meaningful way, with some impressive CGI sequences near the films climax.

Cate Blanchett is wonderful as Hela, Goddess of Death, but she is under utilised in Ragnarok. All the significant action takes place on Sakaar, with Asgard essentially bookending the film. I wanted to see more of Hela interacting with the central cast, but she spends most of her time delivering speeches in empty halls or to faceless crowds of Asgardians.

It’s unfortunate that compared to Sakaar, Asgard is stale and boring. While being consistently beautiful, Asgard and it’s residents has never truly felt fleshed out in any meaningful way, and this is never more apparent than here. The size of both the world and the population within it seem arbitrary according to the current shot and head-scratchers abound. Are the people hyper advanced aliens? Or medieval peasants? Why is Heimdall (Idris Elba) omniscient only when it’s convenient? These questions don’t derail the film, but definitely rob it’s finale of impact, as we never truly connect with the world that the cast is trying to desperately to save. 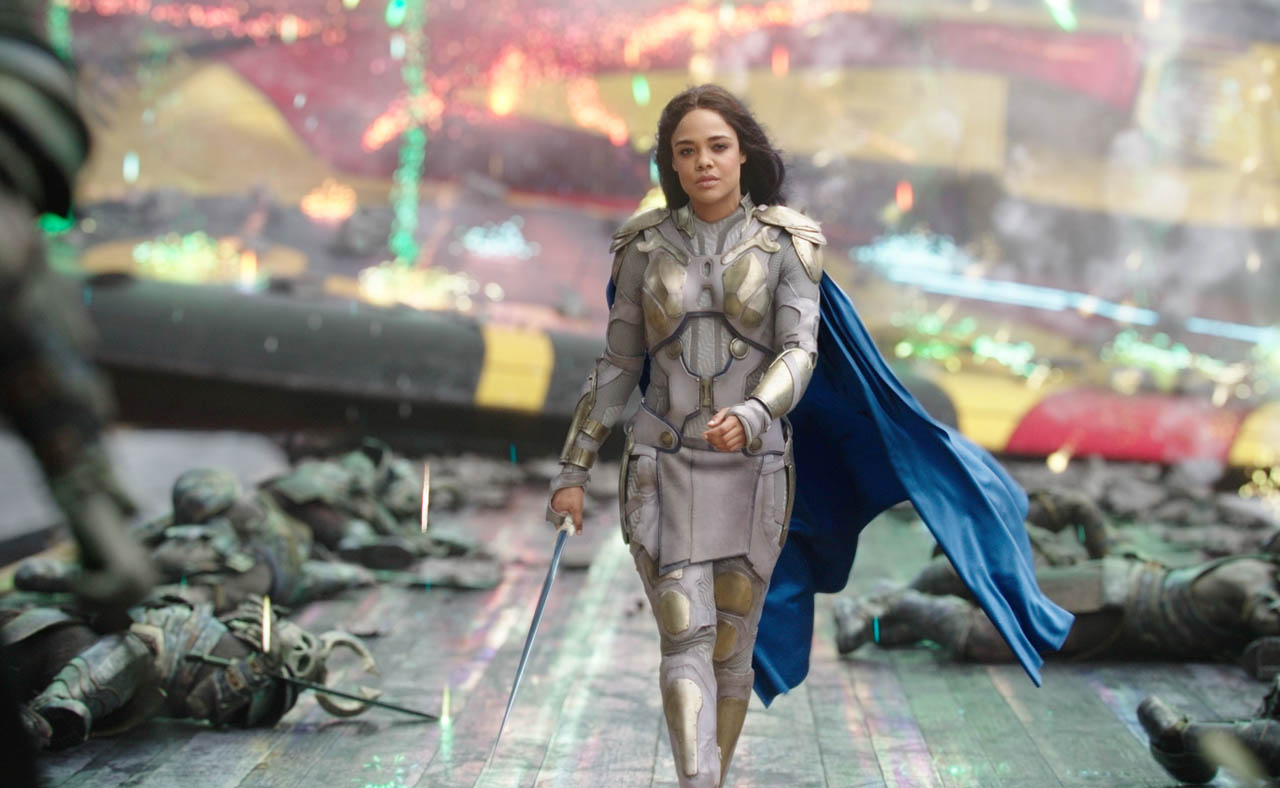 Ragnarok is definitely the best film so far in a somewhat troubled franchise. It’s combination of humour, strong performances and killer effects make for a worthy cosmic caper. However underneath it’s slick style, there are some tired narrative bones at work. It remains to be seen what  place this new, more self aware Thor will have in the wider Marvel universe as we close in on Avengers 3, but Ragnarok gives me some cautious hope for the future of Earth’s mightiest, most ridiculous hero. 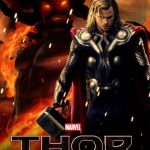