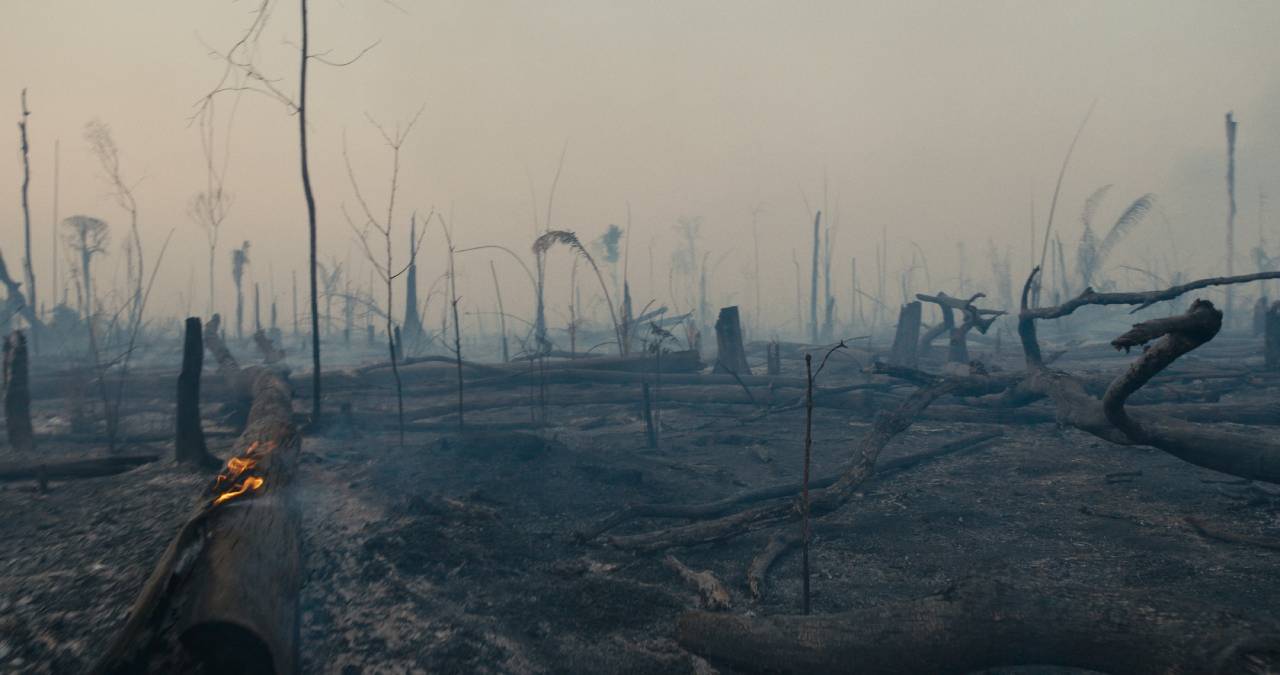 Alex Pritz’s The Territory is a stunning documentary which spans the course of 2018 onwards in Brazil; documenting the fight to preserve the untouched area of the Amazon which is the home of the Indigenous Uru-eu-wau-wau people.

In the beginning of the documentary a title card tells us that it was only in the 1980s that the Brazilian government had first contact with the Indigenous Uru-eu-wau-wau people. That means that a population of thousands was decimated to fewer than 200 in the span of 42 years. With this contact has also come deforestation to make way for farms that encroach on traditional Uru-eu-wau-wau land. This is hugely problematic, not just for the health and wellbeing of the Indigenous population, but also because 60% of South America’s rainforest is contained within Brazil. This is something that has disastrous effects not only on South America, but on the world as a whole. 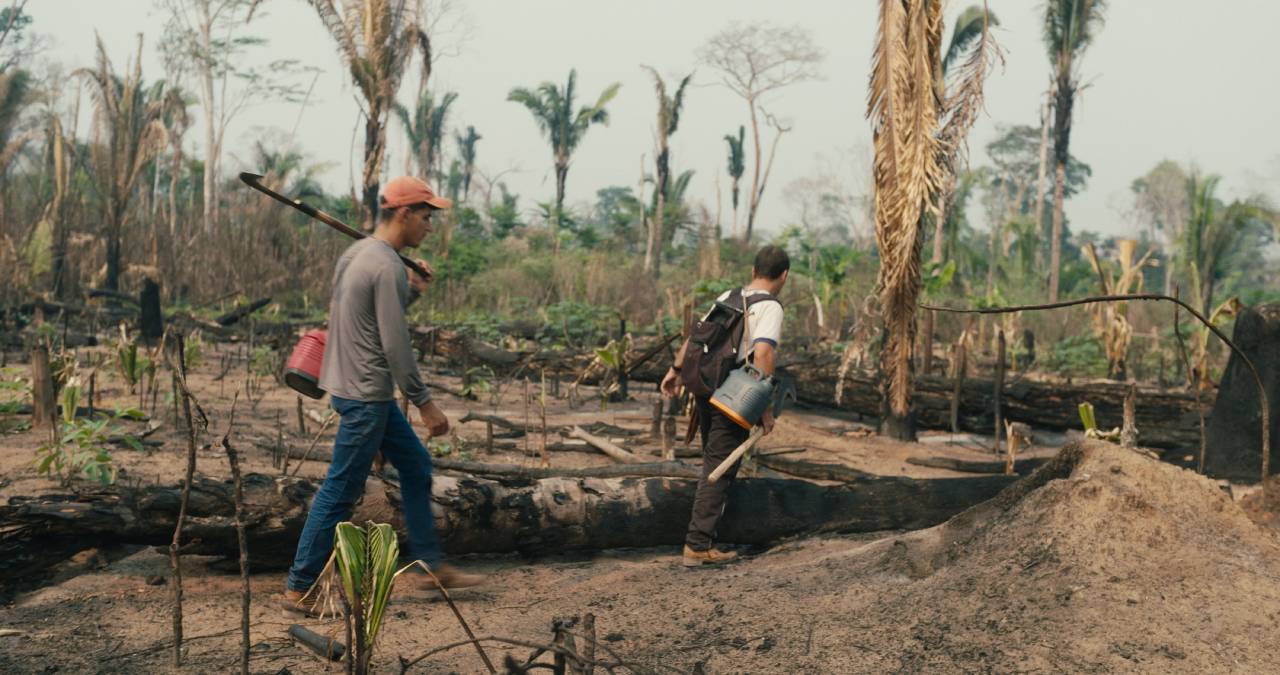 In order to examine this issue, Pritz introduces us to various people involved in the struggle for the Amazon. There’s Bitaté, the young Uru-eu-wau-wau man who becomes leader of his people and who bridges traditional ways of living with new technologies.

We meet Neidinha Bandeira, the passionate activist who has worked tirelessly to protect the forest and who is willing to risk her life to help the Indigenous people maintain their territory and their livelihood. We are also introduced to Sergio, a man who up until now has worked the land for other people and who has become the leader of an association which is determined to capitalise on the remaining Indigenous land. Then there’s the invaders, who are not content to wait for Sergio’s Rio Bonito Association to legally secure land and who plunder at will, razing the land as they go. 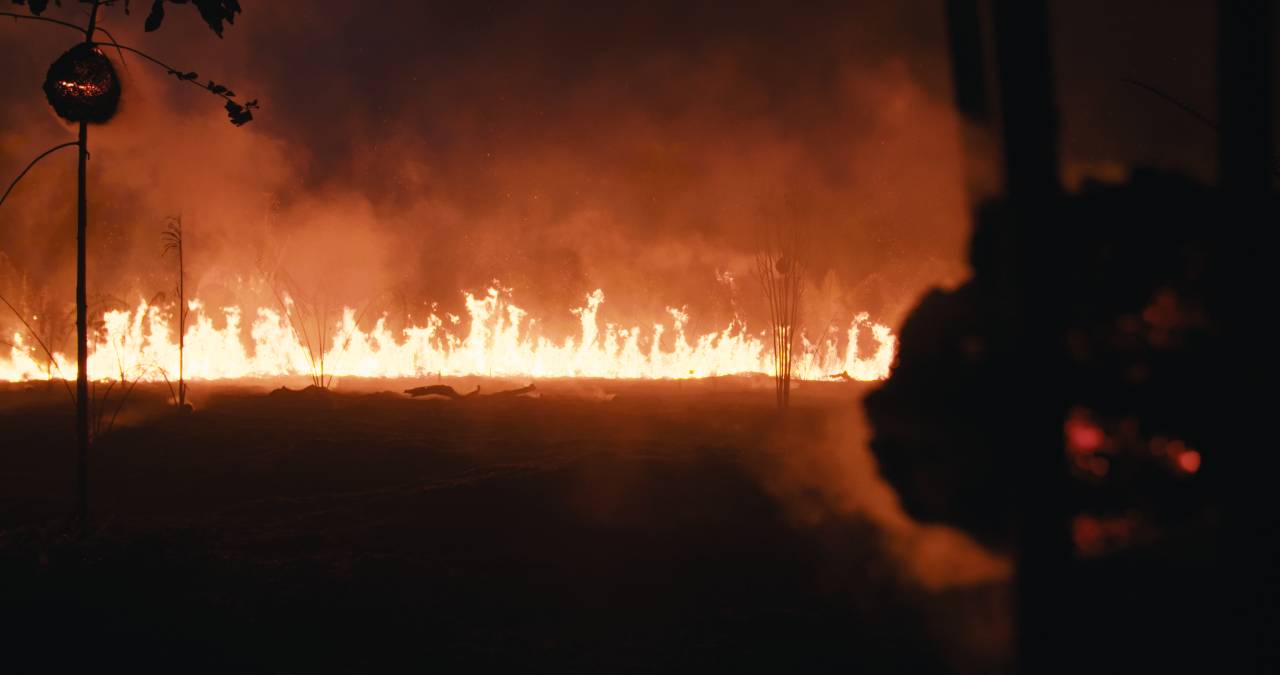 The Territory spans the period prior to the election of dictator Jair Bolsonaro to the Pandemic, a period which has huge implications on the Indigenous people for many reasons. Firstly, Bolsonaro’s followers are emboldened by his anti-Indigenous rhetoric, spurring increased attacks on Indigenous people.

Secondly, Bolsonaro’s disastrous Covid response would further threaten the Uru-eu-wau-wau people as invaders wantonly encroached further on their land. It’s during this time that Neidinha finds the Department of Indigenous Affairs basically unable or unwilling to assist when it comes to invaders, insisting that there is no evidence of invasions.

Thankfully, the people of Uru-eu-wau-wau, under the leadership of Bitaté, find a way to fight back by using technology, they document evidence of invaders and arrest over 30 invaders encroaching on their land. What begins as a documentary which saddens and infuriates due to the horrendous liberties taken by non-Indigenous people becomes an inspiring and uplifting journey.

When contacted by a journalist wanting to film, Bitaté asks them to send a shot list and they will provide the rest, all while being paid directly. In addition to filming invaders and providing their GPS co-ordinates, Bitaté is also ensuring the preservation of the traditional ways and stories through film. This convergence of old tradition with new technologies is phenomenal. 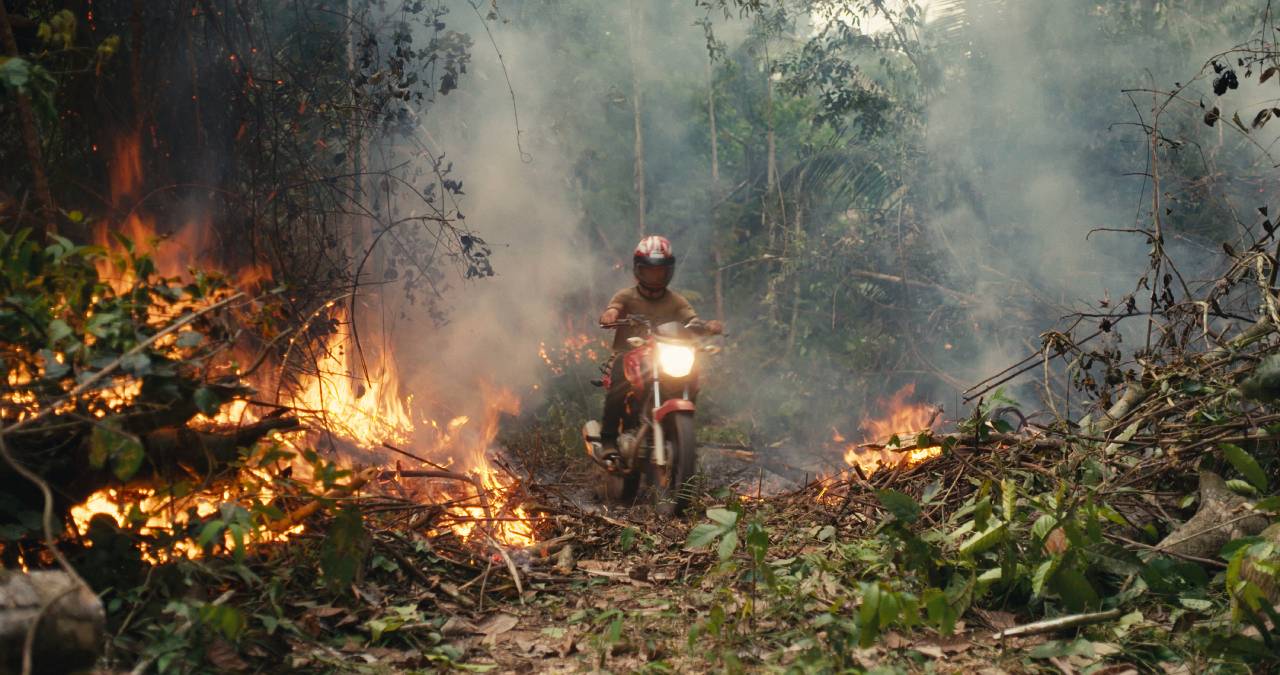 Alex Pritz is very careful to provide a very anthropological approach to the story, allowing all parties to speak freely.

It’s this intimacy of their speech that provides some of the best insight into their thoughts and motivations. For instance, Sergio romanticises colonisation, looking to the old Hollywood cowboy and pioneer scenarios as his model for his own colonisation of the Indigenous land.

The ‘Brazillian Dream’, he says, is to own land and make profit from it, and he doesn’t understand why the Indigenous people can be allowed to have their land when they “just live there” and “don’t do anything”. This provides evidence of a huge dichotomy between the driving force of late-stage capitalism and the preservation of indigenous culture and ways of life.

In order to further highlight the threat to the remaining rainforest, The Territory also splices in gorgeous shots of native wildlife with accompanying soundscapes: the glistening eyes of a frog, the dutiful line of ants carrying leaves back to their nest, a pygmy monkey frightened by the noise of a chainsaw, the cacophony of a flock of wild birds and the myriad small butterflies that float in the air like confetti.

The Territory is an important look at how an Indigenous peoples are fighting for the preservation of their ways of living, not just for themselves, but to preserve the environment which is the very lifeblood of so many.

If after watching The Territory you are moved to take action, the website for the film offers solutions. 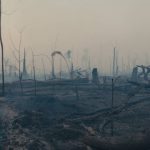