In a Chilean private investigator’s office, one of the most intriguing casting calls is happening.

An advertisement invites men over the age of 80 who are discreet and tech savvy to apply for the position. Ultimately, it’s Sergio Chamy who is selected… but for what exactly?

In Maite Alberdi’s documentary feature The Mole Agent, Sergio is tasked with going undercover in a facility for the elderly on behalf of a client of private investigator, Romulo Aitken.

The daughter of a resident at the facility, the client believes that there is elder abuse happening, including theft and neglect. Armed with an iPhone, spy glasses and a pen which also records, the newly-widowed Sergio is sent to stay at the facility for three months. 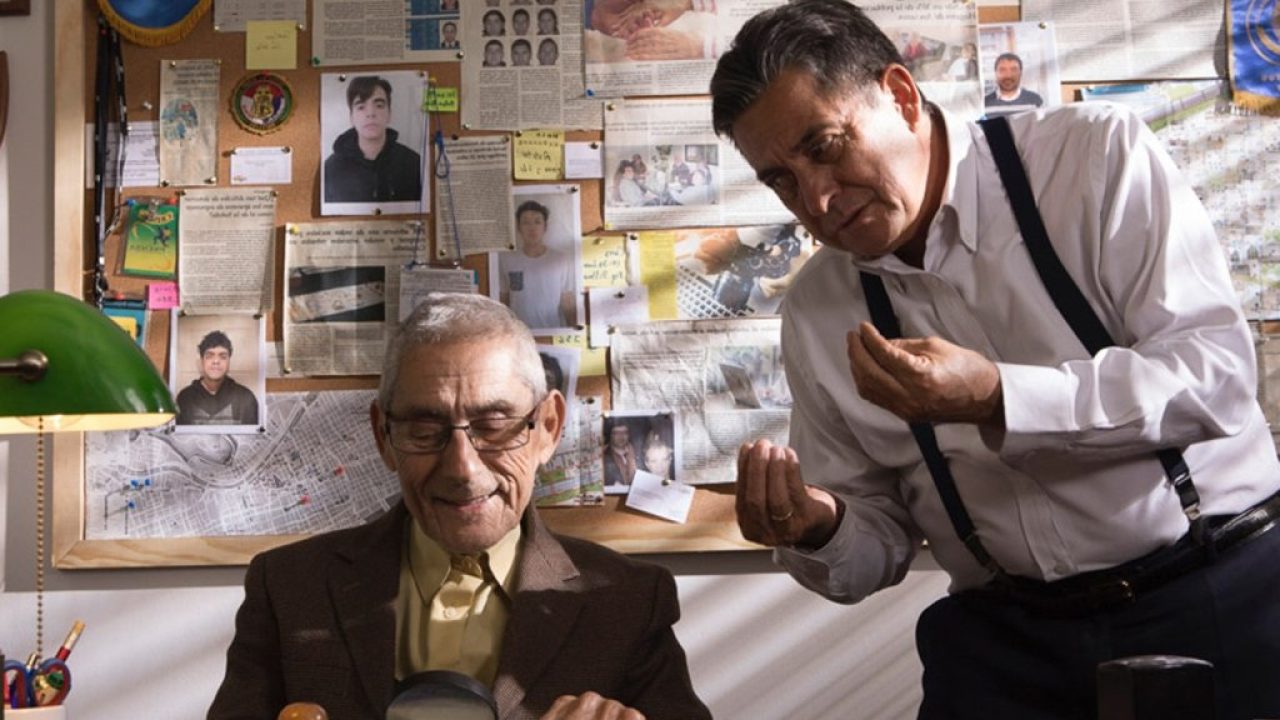 In order to potentially catch any nefarious activities that Sergio cannot record, the documentary film crew is there under the pretense of wanting to film the next resident who enters the facility. It’s a clever ruse, but what will they find… and will they get caught?

Is this going to be a shocking Titicut Follies-style expose of the elder care industry?

Sergio enters a world of sickly salmon pink and avocado green walls, with a locked front gate at which residents heartbreakingly beg for release.

At the end of their shifts, the care workers scuttle hurriedly out of this gate in order to not let the residents roam free. Sergio is the perfect person for this investigation, as he soon becomes one of the most popular residents, even leading to a potential romance with smitten redhead Berta.

Through his compassion for the residents and the cameraperson’s lens we get to know people who, sadly, have largely been forgotten by the outside world. There’s the wily, light-fingered Marta for whom the care workers stage phone calls with her ‘Mother’ because she receives no visitors. The aforementioned Berta is God-fearing and certain that wedding bells will be ringing for her soon. 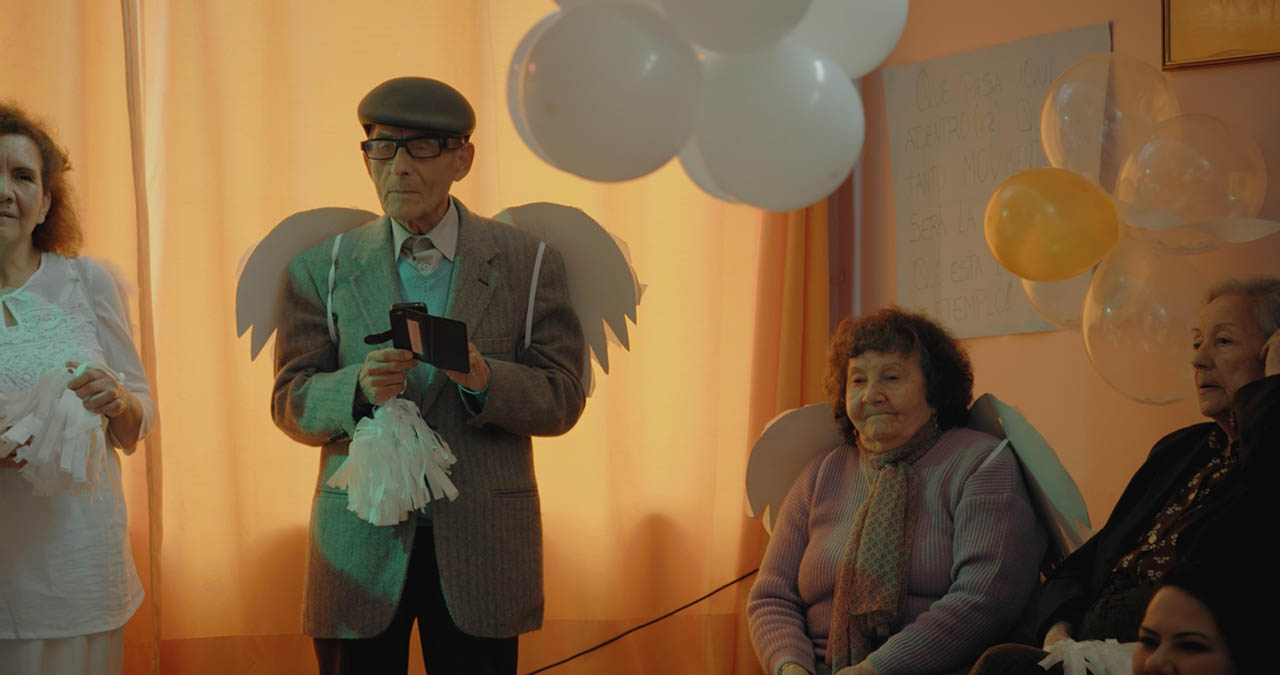 As for the client’s mother, Sonya, we see a reserved and isolated woman who rebuffs Sergio’s initial attempts at getting to know her and causes Sergio to ask Romulo, ‘if the client is so worried about her mother, why doesn’t she visit?’

The Mole Agent is not going to be for everyone.

It’s a gentle and poignant documentary that puts the spotlight on society’s relationship with its elderly members, and at times it can be slow to the point where you are waiting for the other shoe to drop and for a gigantic scandal to arise.

The real scandal going on here is that there are so many lonely older people for whom their families have largely forgotten them. 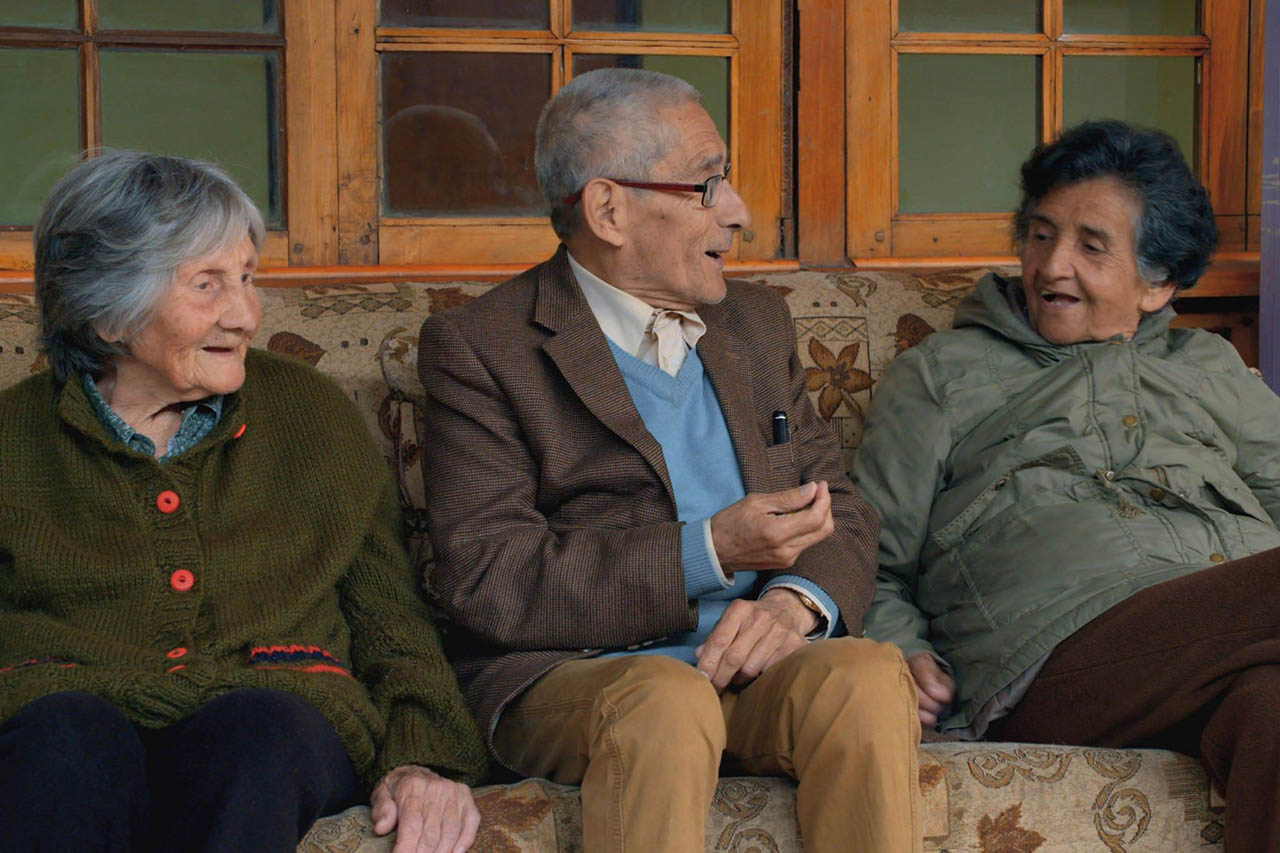 It’s very much an ‘out of sight, out of mind’ situation. Contrasting this is the relationship that Sergio has with his family – he has three adult children and multiple grandchildren, all of whom love him deeply.

In fact, one of his daughters is particularly worried about him taking up this assignment until he assures her that he will be fine. In fact, after the loss of his beloved wife this ‘mission’ is probably a balm.

It’s easy to see why The Mole Agent received 22 award nominations and won 5 prizes.  It is an endearing although sad portrait of people in their golden years who, while being well taken care of by the staff members, suffer from a great deal of loneliness.

There’s a certain sense of sadness that takes you over when you think about the fact that while we watch these lonely people they may never know what we have watched them… and that we care. 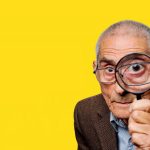