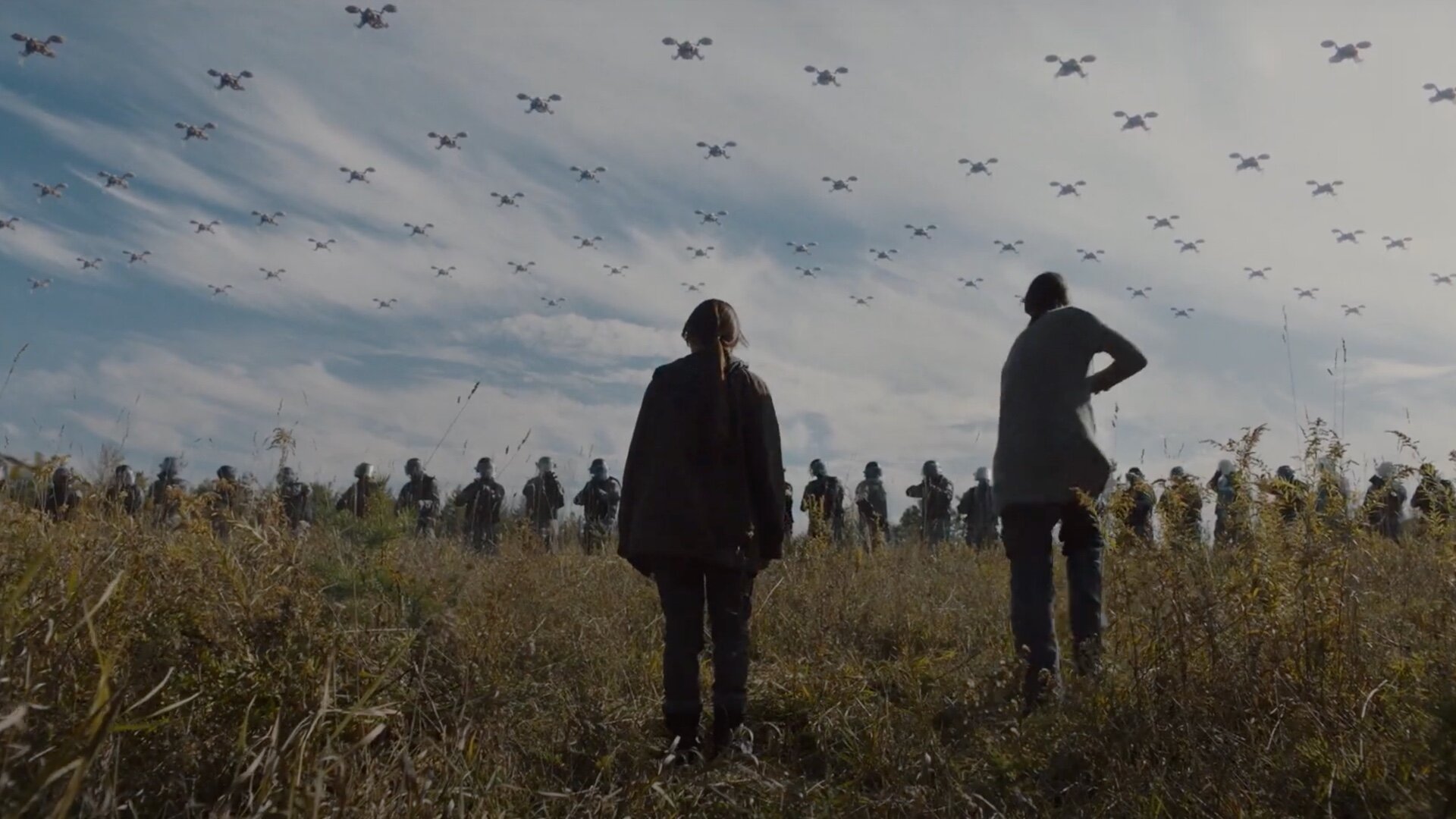 Cinephiles are no strangers to post-apocalyptic viewing.

From The Last Man on Earth to Mad Max, right through to The Hunger Games trilogy and beyond, there’s a fair amount of films available in this genre. But while Night Raiders is set in a post-civil war apocalypse, this backdrop pales in importance to the story that is told.

Written, Directed and Produced by Danis Goulet, Night Raiders centres around a mother, Niska (played by Elle-Máijá Tailfeathers) and her daughter Waseese (Brooklyn Letexier-Hart). Living off the land after a civil war that devastated Canada, they move from place to place in order to stay off the grid and avoid detection by ever-present drones.

These insect-like drones once killed the population, but now drop rations and detect the presence of children. To be a child in this world means being taken away to a militaristic academy with the promise of a ‘better life’. That promised life means become another part of the state-run war machine. But when Waseese accidentally gets her leg caught in an animal trap, Niska has no option but to seek help in the inner city. But with no medical assistance readily available, Niska ends up having to do the unthinkable and surrender her daughter to the Academy. 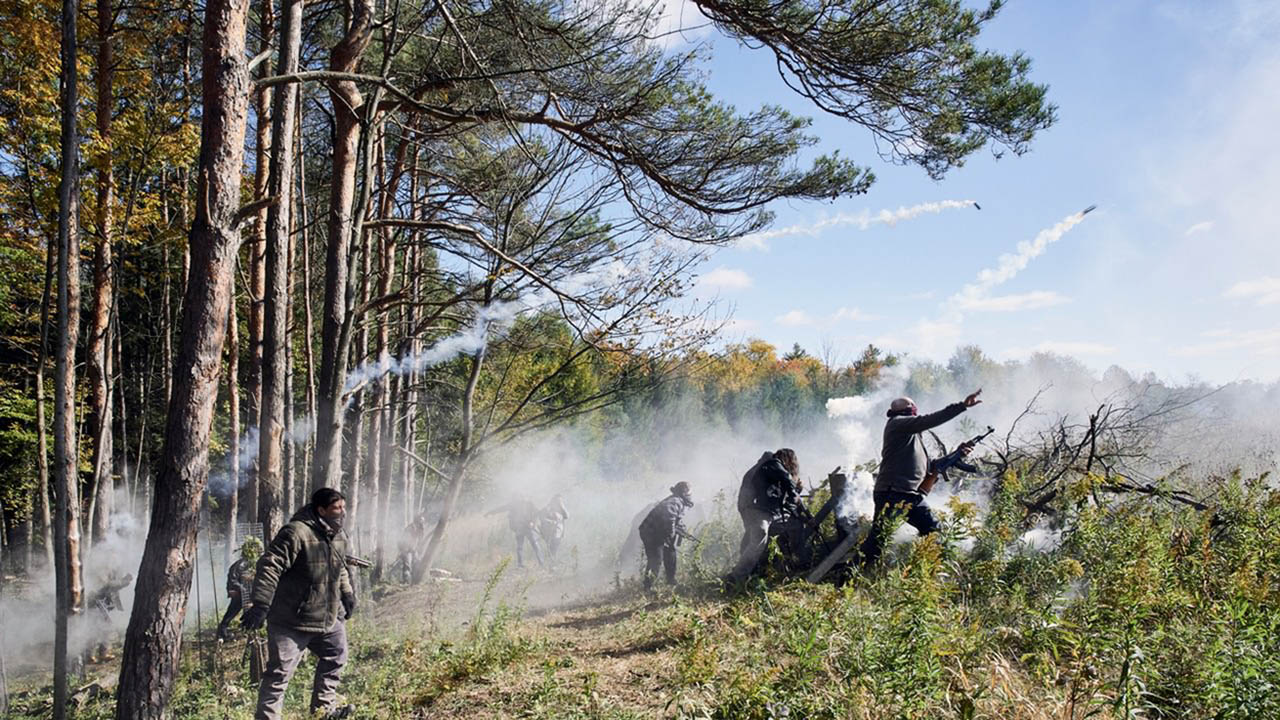 Despite surrendering her daughter as a last resort, Niska isn’t giving up on reuniting with Waseese.

In fact, it’s when she is visiting the perimeter of the Academy that she stumbles across vigilantes attempting to help children escape. When she is brough to the vigilantes’ encampment, she meets speakers of the Cree language; including an elder who had a prophetic vision about someone arriving from the North, just as Niska had.

This person would be known as ‘The Guardian’ amongst members of the group. Acting as an intermediary is Leo (Alex Tarrant), a man of New Zealand Māori descent. And thus, it is agreed that in exchange for helping Waseese to escape, Niska will lead the children of the group up north. 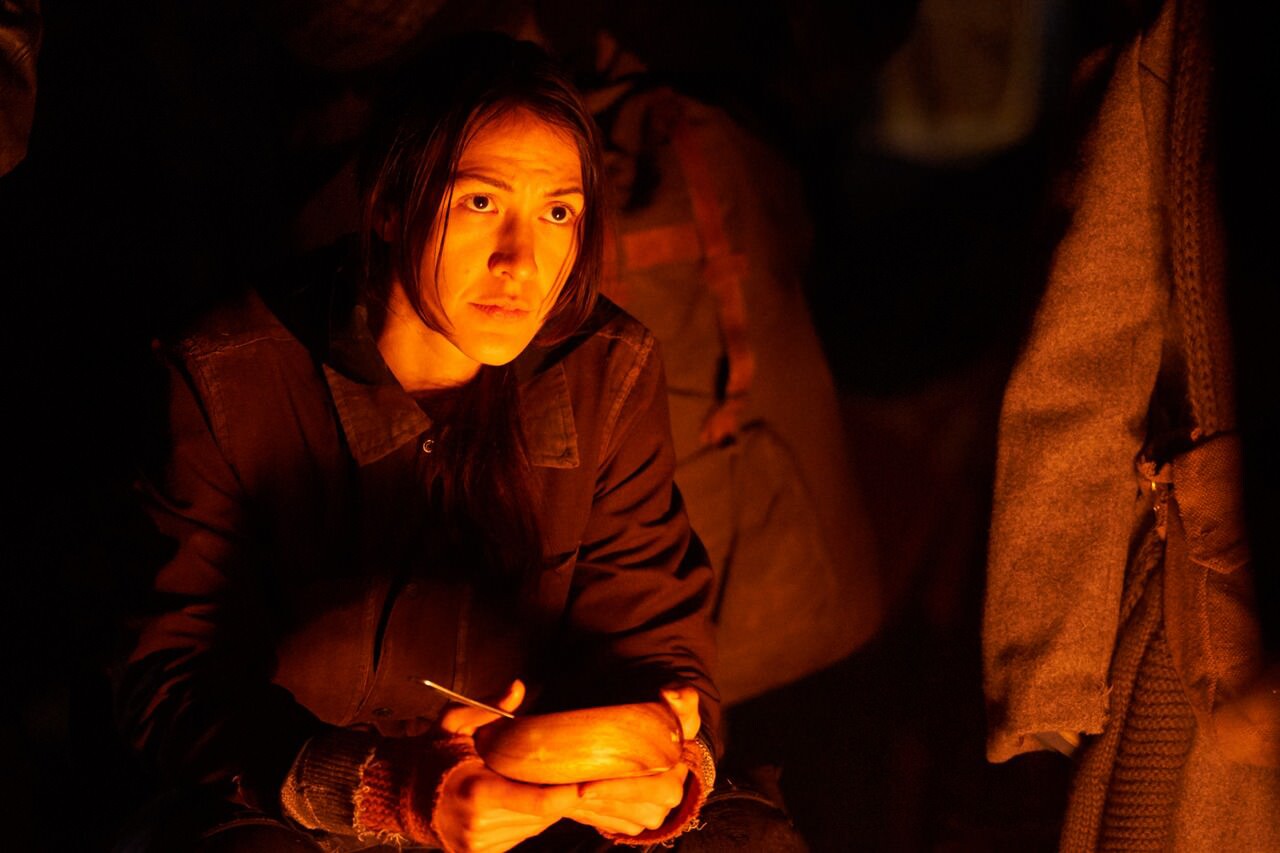 Night Raiders uses the vehicle of a society in decay and subjugation as a powerful tool. In using a time period in the near future, Danis Goulet is able to discuss the painful intergenerational trauma inflicted upon indigenous people in a powerful way, especially in regard to the history of the Canadian Residential School system.

The Canadian residential school system encompassed boarding schools for indigenous peoples funded by the Canadian government. Indigenous children were separated from their siblings, forced to speak English or French and faced with abuse, malnourishment and often death. In fact, you may be familiar with the recent discovery of the remains of children buried on the site of the Kamloops Indian Residential School which happened in May of last year.

Many aspects of the Academy in Night Raiders chillingly echo these schools: at the Academy Waseese is stripped of her name and given the name ‘Elizabeth’. Her long braid that was ever-present in her time with Niska is now replaced with a tight bun at the back of her head. The headmistress chillingly remarks to Waseese that “[t]he people you come from aren’t bad but they are incapable. They have to come to us because they can’t hold down jobs.” In one incredibly heart-wrenching and poignant moment, Niska is seen at the fence line of the Academy where a makeshift shrine to children at the Academy has been created. She sobs as she clutches Waseese’s knitted cat toy; a painful and heart-breaking cry that threatens to penetrate the heart of even the coldest person. 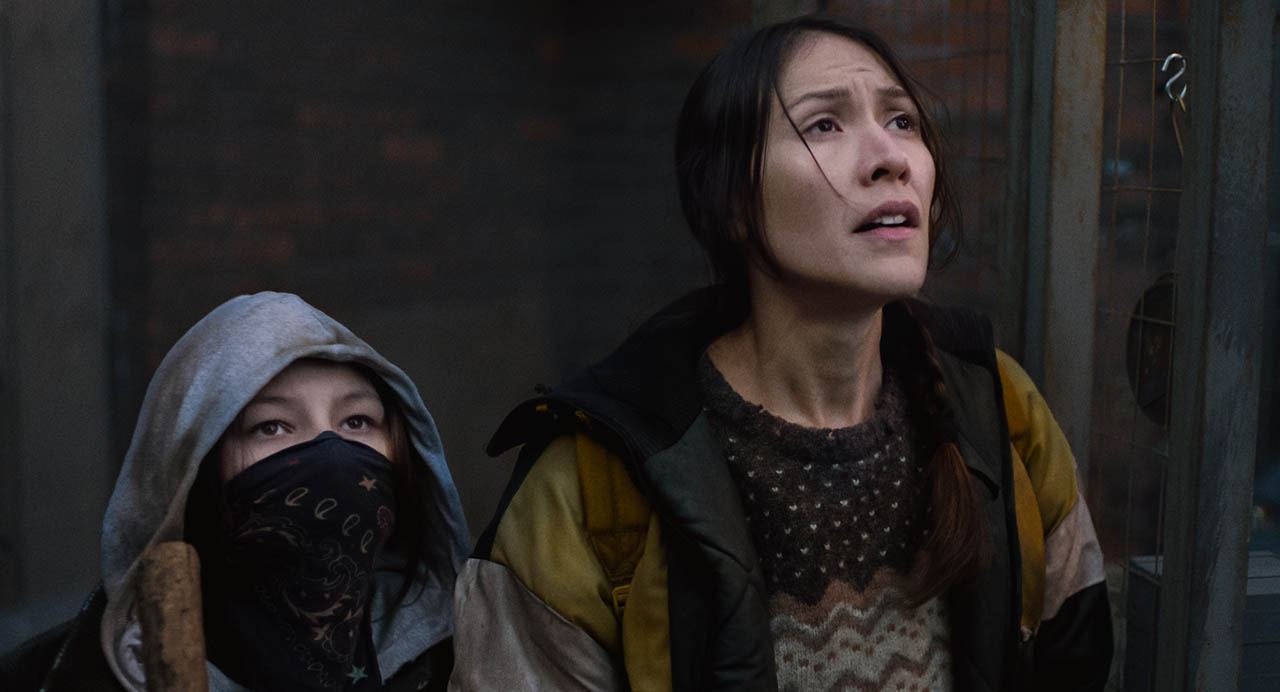 One of the most beautiful aspects of Night Raiders is that as well as English, Cree and te reo Māori are spoken. Language was one of the things that was taken from indigenous peoples who were subjected to the Canadian Residential Schools, the Native Schools here in Aotearoa and assimilation policies in many countries. Speaking indigenous language in a place that has stolen so much from the vigilantes already feels like a beautiful act of rebellion.

As well as having a poignant and haunting narrative, Night Raiders is also beautifully filmed. In the more chaotic and apocalyptic scenes (like in the city), the colour palette is muted, but the screen comes alive around the campfire; bright reds and oranges contrasting with singing and the beat of a drum. Just as the vigilantes provide a community for Niska, Danis Goulet is supported by a powerful production team, including Chelsea Winstanley, Taika Waititi, Ainsley Gardiner and Georgina Allison Conder.

Night Raiders is emotive, engaging and should be seen as an example of exceptional storytelling from an indigenous writer / director. Let’s hope we see much more from Goulet in the future. 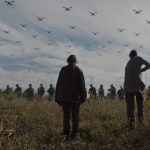