The World Ends with You (Switch) Review 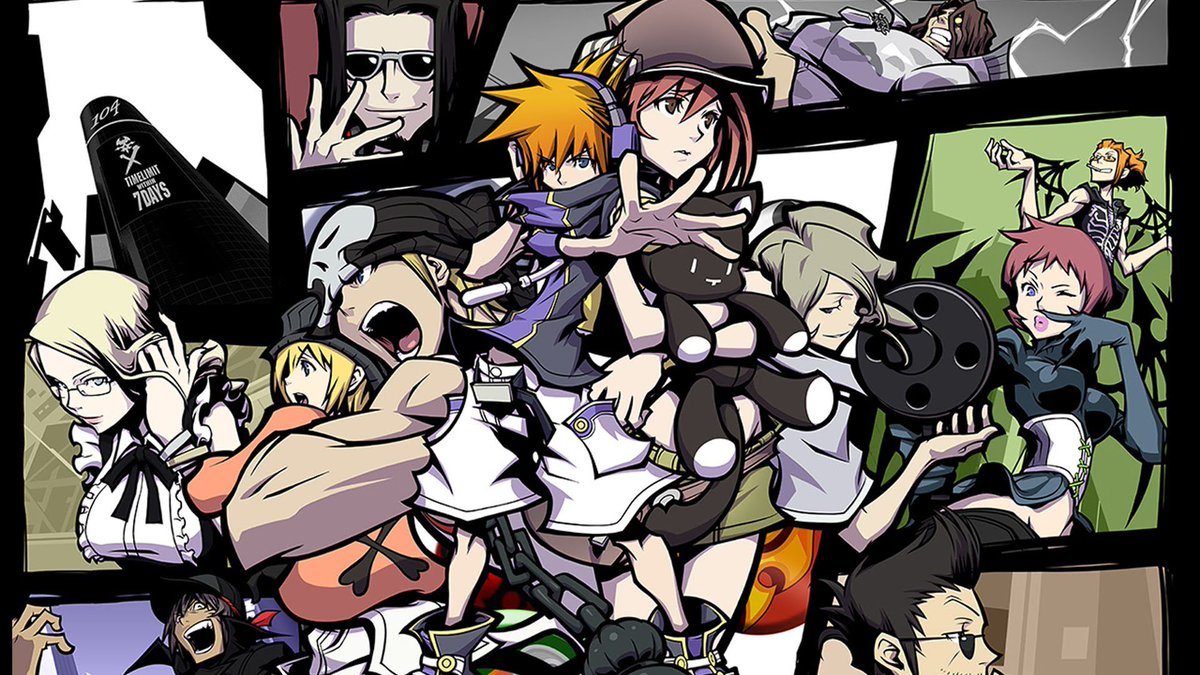 There are so many treasures deep in Nintendo’s backlog that casual fans would have missed, for me one of those treasures was The World Ends with You.

Despite its original DS release and its iOS remake, I still managed to miss it, so for gamers like me we have another chance thanks to its latest port The World Ends with You: Final Remix on the Switch.

The World Ends with You: Final Remix tells a strange story where Neku is sucked into a twisted game by entities known as the reapers. Other players as well as himself are invisible to the people around him except other players and reapers, also they must complete tasks or face being erased. The reapers take the form of people who are powerful and either twisted or useful depending on the reaper or their role in the game. 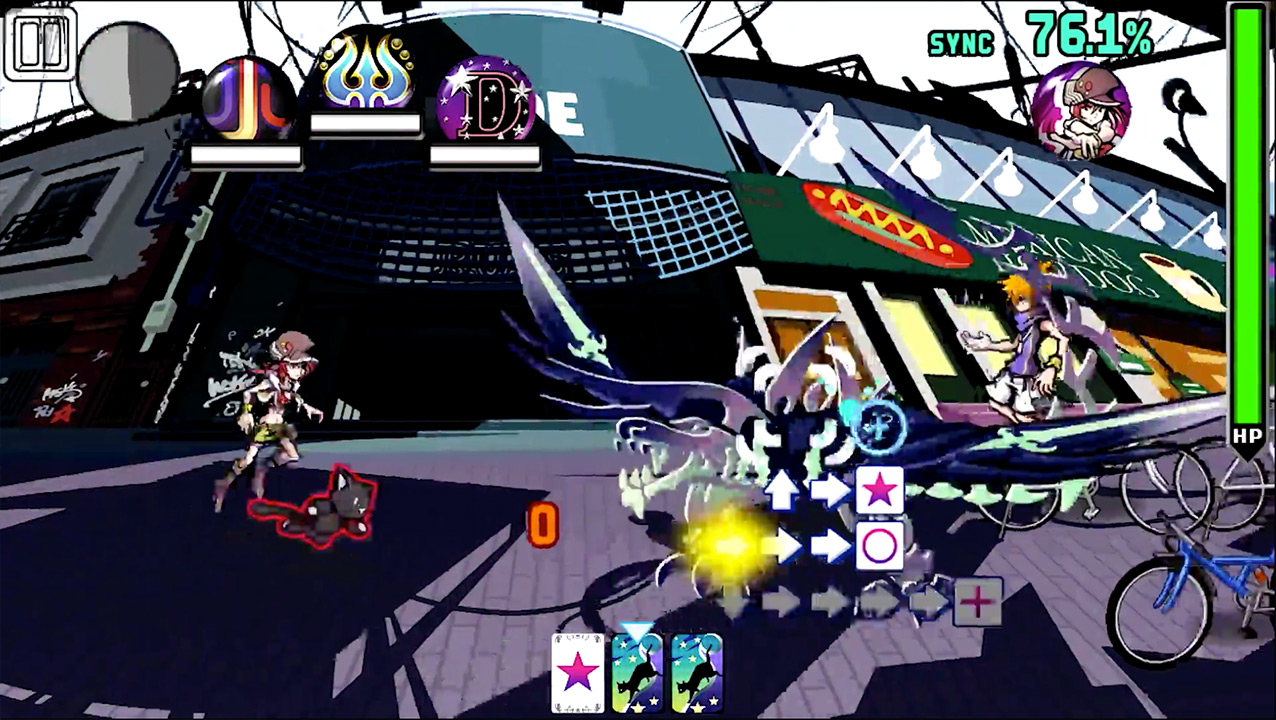 Neku is forced to suddenly adapt to this world with the help of other players starting off with the kick ass female Shiki.

They must battle their way through the noise, which is the game’s weird way of describing encounters with monsters and complete these objectives over the space of a week. The game continues over a few weeks, and the story gets crazier with each passing day. The story itself is interesting, with most of the characters being unique and quirky, but Neku is relentlessly annoying with his insistence that he doesn’t need help and people don’t get him. He’s basically what every teen thought they were 15 years ago, but an extreme caricature of that. Fortunately, the rest of the cast and the overall story makes these character flaws a minor annoyance worthy of powering through.

The gameplay is the most interesting element of the game, in a good and bad way. The whole game is touch based, which means you don’t touch the buttons at all. This is kind of neat, but also annoying because instinctively I kept going to use the + button to pause or bring up the Menu, and the A button to move through dialogue. Eventually you get used to this then stop trying, but it seems that some changes to moving around the world and Menu navigation to use button could have made the transition easier. Early on I couldn’t help but feel I was playing a Smartphone game on my Switch, which is never a good feeling. 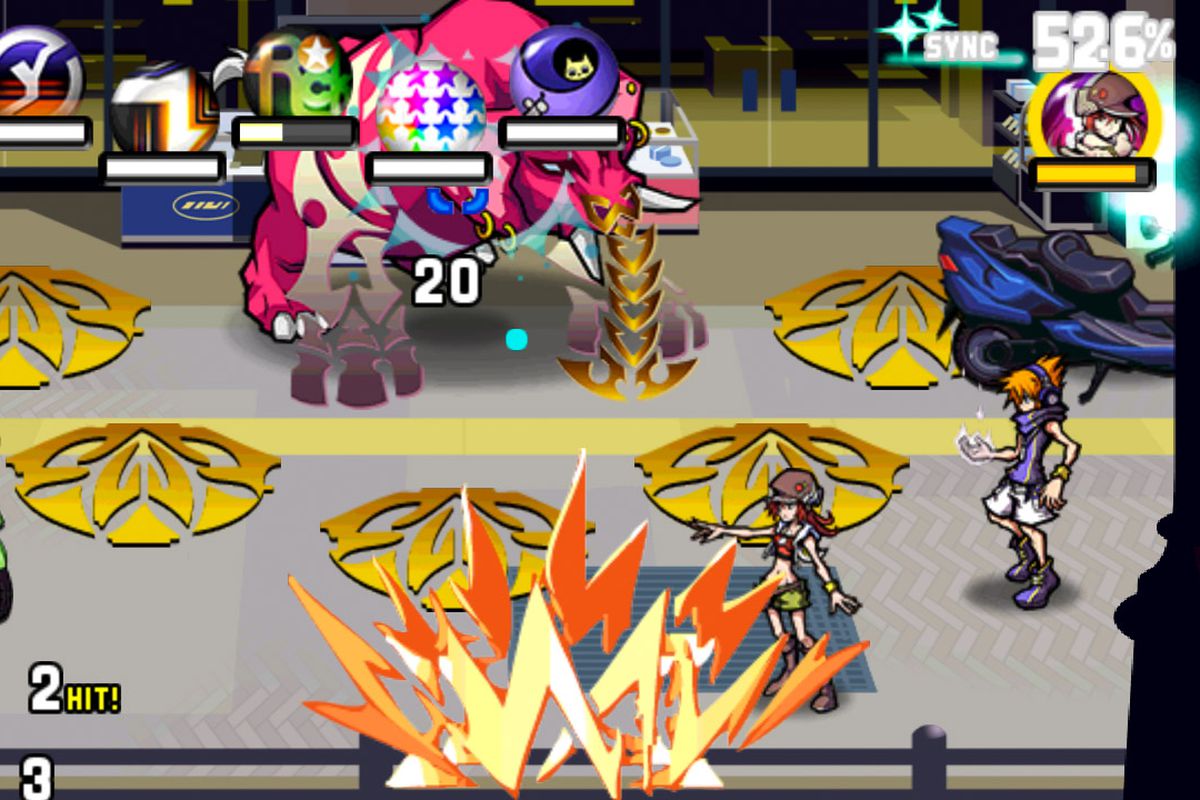 You move around the world by dragging you finger around and Neku follows it.

Battles pull you into arenas where you do the same, but that touch is also how you launch attacks. Your attacks are based on buttons you collect, each doing unique attacks and each requiring an element of mastering. For instance, early buttons give you fire which burns where you drag your finger around, blasts that get shot where you tap, and electric icicles that appear where you drag your finger up. This takes some getting used to, because I would regularly do it slightly wrong which would have unintended effects, or no effect at all, depending on how I got it wrong.

Your partner is also a useful attacker which can be called in by tapping an enemy. They operate like any other button which has so many attacks before a cool down is required. As you use your partner in battle you sync up, which, once it strikes 100 allows you to launch a big attack which is strengthened in an interesting way, with a weird quick memory game. It’s as bizarre as it sounds, but another thing that is weirdly good. 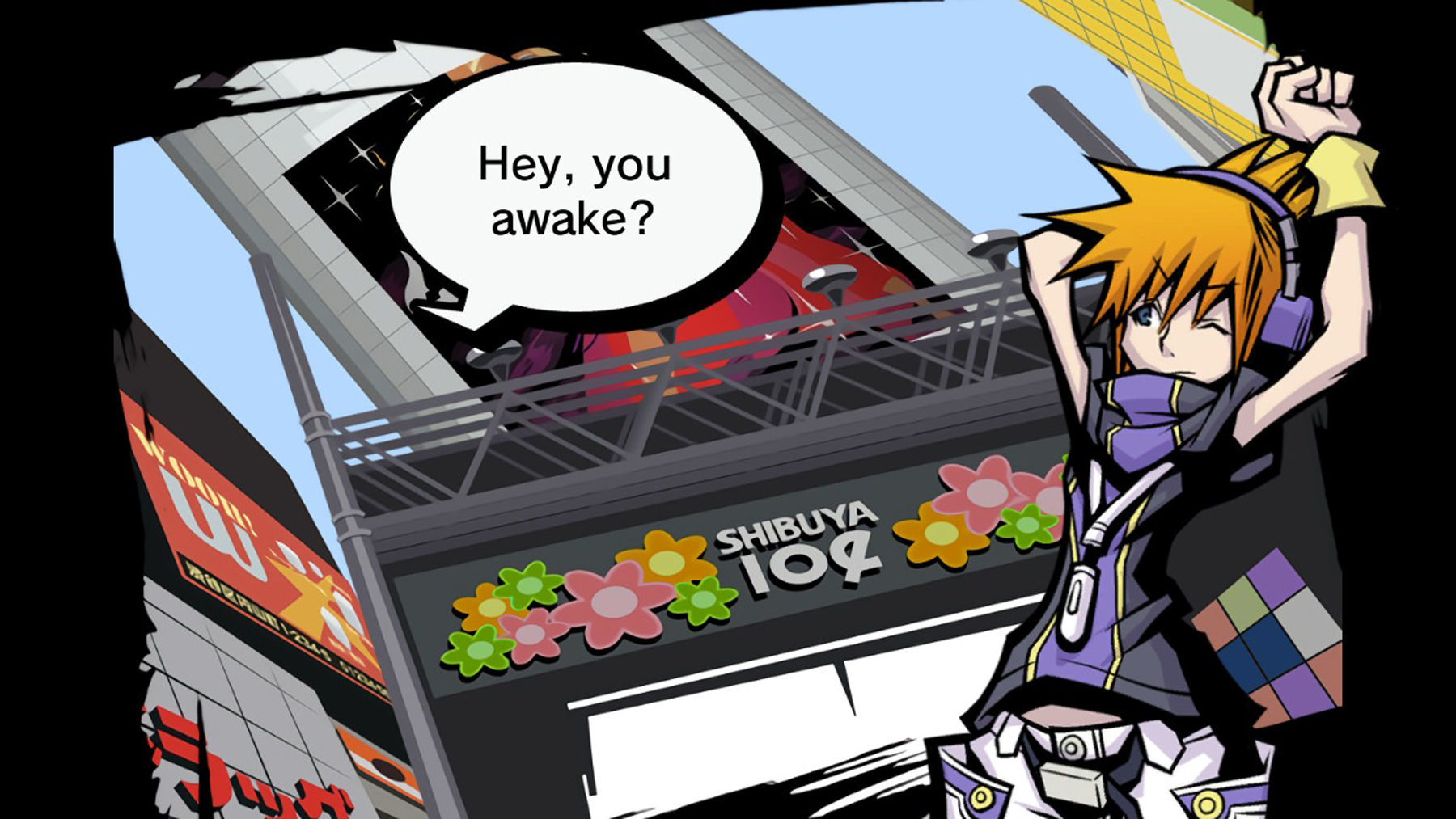 The two most striking an immediately enjoyable elements of the game are its soundtrack and art style. The soundtrack is FANTASTIC thanks to unique high energy poppy songs that are a treat to listen to. Thanks to a gorgeous cell shaded design that had characters designed by the same designer as the Kingdom Hearts series, it’s also a treat to look at.

I would be amiss to not mention that there is joycon support which has you wirelessly swiping and moving your hands around, which if you experience this the way I did, will last less than half an hour before promptly popping back into handheld mode where the game is most enjoyable.

The World Ends with You: Final Remix is an excellent game that is a treat to play if you can get past the steep learning curve involved in its touch controls. Once you move past that the story is gripping, the visuals are stunning, and that frustrating to learn gameplay does become enjoyable. Play it in handheld mode and you are in for a treat. 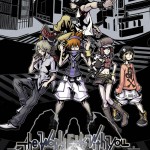 The World Ends with You (Switch) Review
Game Details