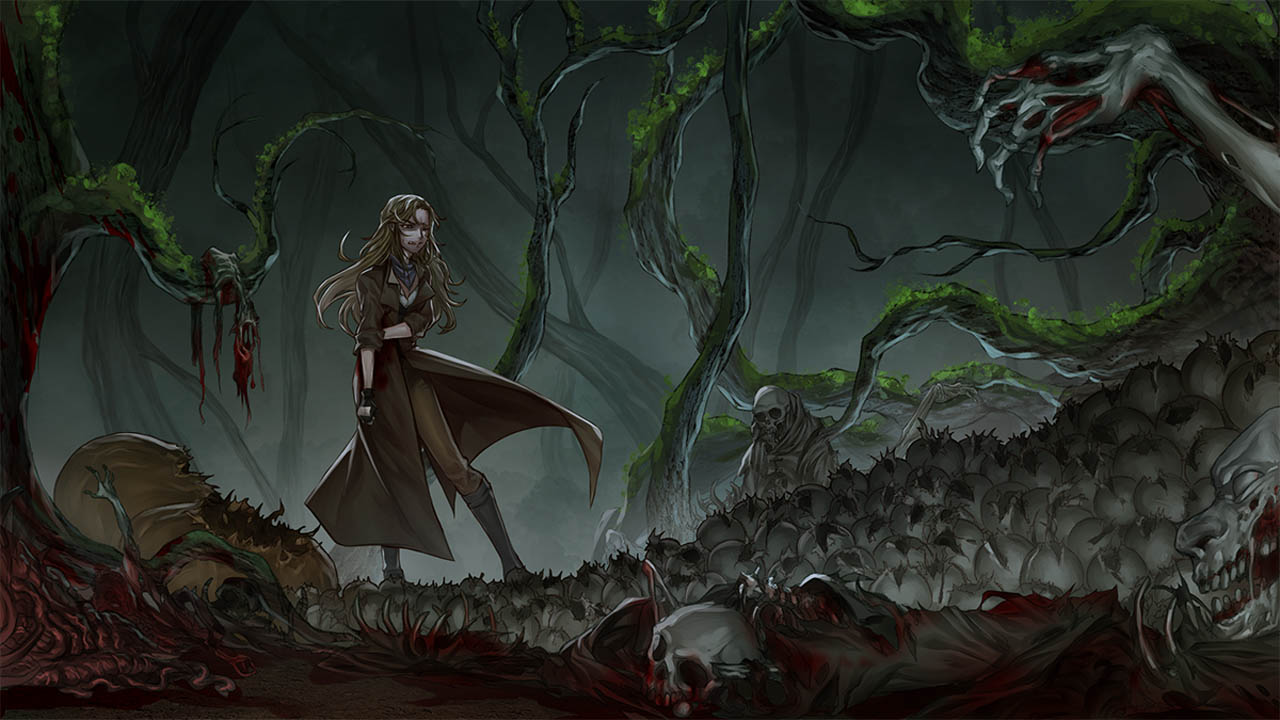 We see games based anywhere from real word locations to far away fantasy worlds, so it is nice to see Thai developers, Bionic Penguin, create a visual novel set in the fantasy world known as New Zealand. That may have been said with tongue firmly placed in cheek as The Falconers: Moonlight is set in a fantasy version of New Zealand soon after the Land Wars, down in the gold rush times of the South Island.  It tells a dark story, using metaphors to encapsulate some terrifying elements of colonisation, and the attitudes of people on both sides.

A falconer, Cassie Winter enters the small mining town of Moonlight, where her services are hired to investigate the causes of suspicious disappearances of locals.  She is quickly thrown into the strong personalities of the locals who are acting suspiciously.  It doesn’t take long for her to find the source of the deaths, Cullers, which are beasts not totally understood, or known to most people, and after defeating one she realises there may be some hiding in plain sight. 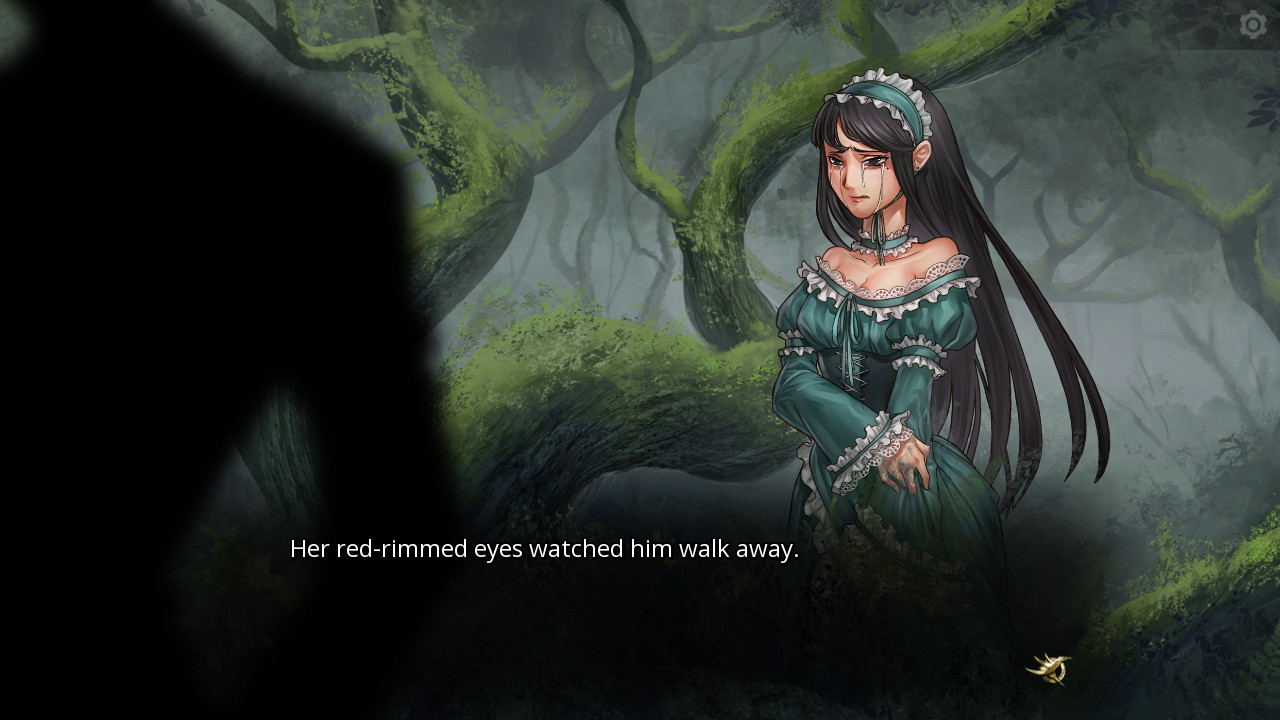 Cassie must work with the locals, most of whom are hesitant to work with her.  Captain George Moonlight, the town’s namesake, has hired Cassie, Biddy Goodwin, an old drunk who used to own much of the land, Sunlight Suncliffe who runs the local inn, and Weka Jones, a gambler who likes to swindle others cash who you will spend most of your time with.  The investigation is harder as the town also dealt with a mine cave which killed many of the locals, putting everyone on edge, and adding that suspicion.

As far as visual novels go, it’s certainly a lot closer to a novel than a game.  For the most part you will be reading the story as it unfolds.  The only interaction you will be doing is clicking from dialogue to dialogue, and very occasionally deciding on the way to interact with someone to get the right information out of a person.  This can be a put off for many but as the story is only a few hours long, and moves at pace it is certainly worthwhile for fans of the genre, or for someone wanting to see an interesting, unique story. 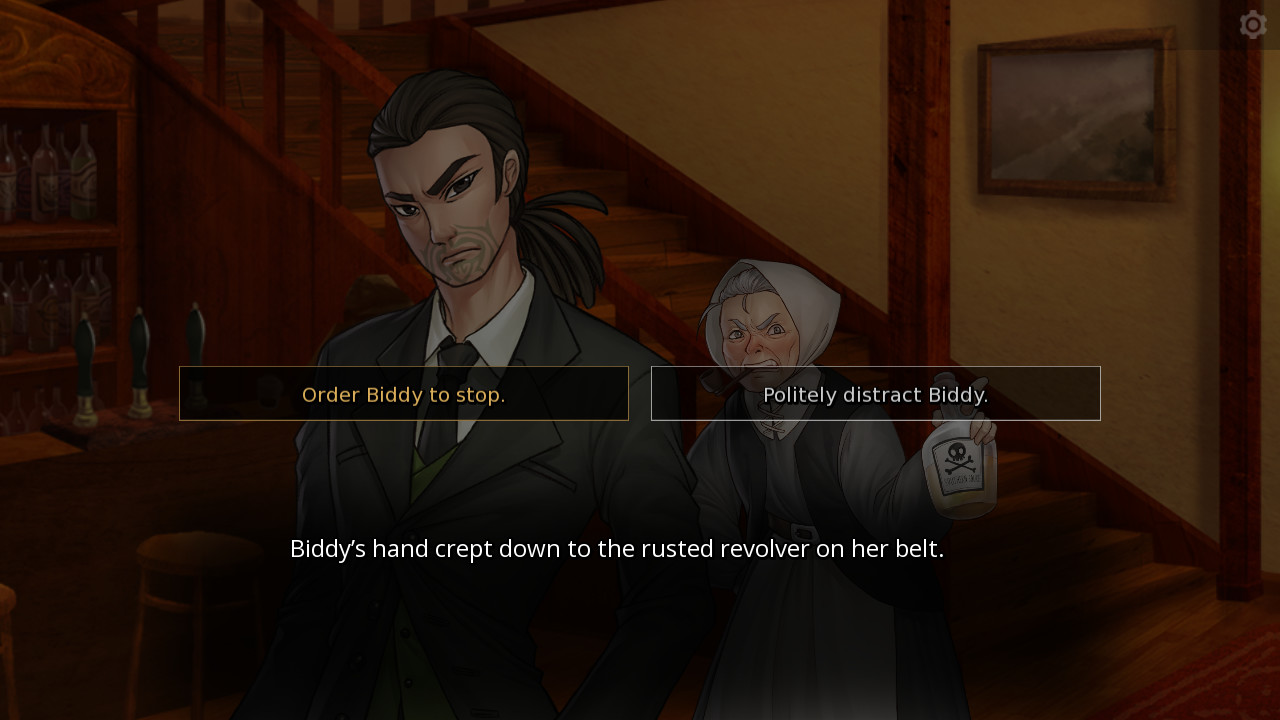 There is no voice acting though, so be prepared to read.  The story is told only through dialogue and Cassie’s inner monologue.  This gives insights to her character, some interesting abilities she has, and adds depth to the story as it goes, but it also stops the story getting bogged down with explaining the history except when required for character’s dialogue.  Dialogue options usually cover most bases but in one circumstance, secret information was accidentally leaked, and when confronted there was the option of elaborating or staying silent, when lying would have been more desirable.

Music is used sparingly throughout the game for especially exciting moments of the story, which kind of works, except there are some very long periods of time without even subtle music where the game gets awfully quiet.  These times would have been more engaging with some soft music in the background.  The game has a distinct anime style, which is beautifully hand drawn, with next to no animation.  The bulk of the time it’s moving between scenes with speaking characters on the screen, and a small handful of different expressions or poses to have impact on what they are saying at the time. 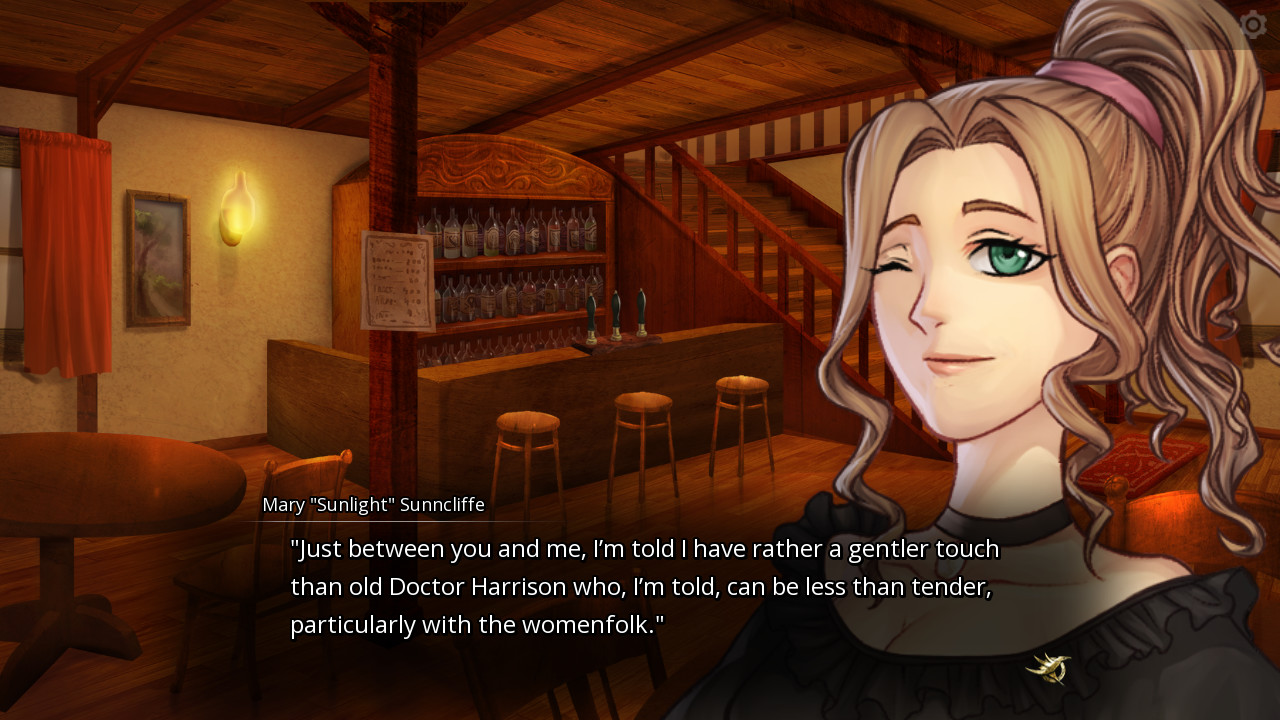 The game uses metaphors at times, other times outright saying what is being said to describe or comment on the whole idea of colonisation, such as comments about the Land Wars, of which Weka took part in, and the impact on him as a character resulting in how he interacts with new people.  Biddy, who is European is constantly angry with the town owner for using a contract to sneakily take hold of the thought of worthless land to turn the town into his mining operation, which she feels slighted about.  It doesn’t take much to realise what that is referring to.  The attitudes to the Cullers are also interesting, as they are treated as beasts, despite having high levels of intelligence, as subtle hints of their history along with their previous interactions with people make the lines of good and bad blurred.

The Falconers: Moonlight has great stories to tell, and does so very well.Long-time fans of the genre should enjoy the story and how it’s told, but people not totally accustomed to a visual novels style may need to be ready for a lot of reading.  Fortunately, at only a few hours long it is a worthwhile and easy way to dip your toes in, with its local setting making it even more worthy of your time. 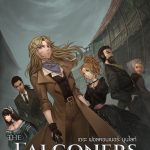