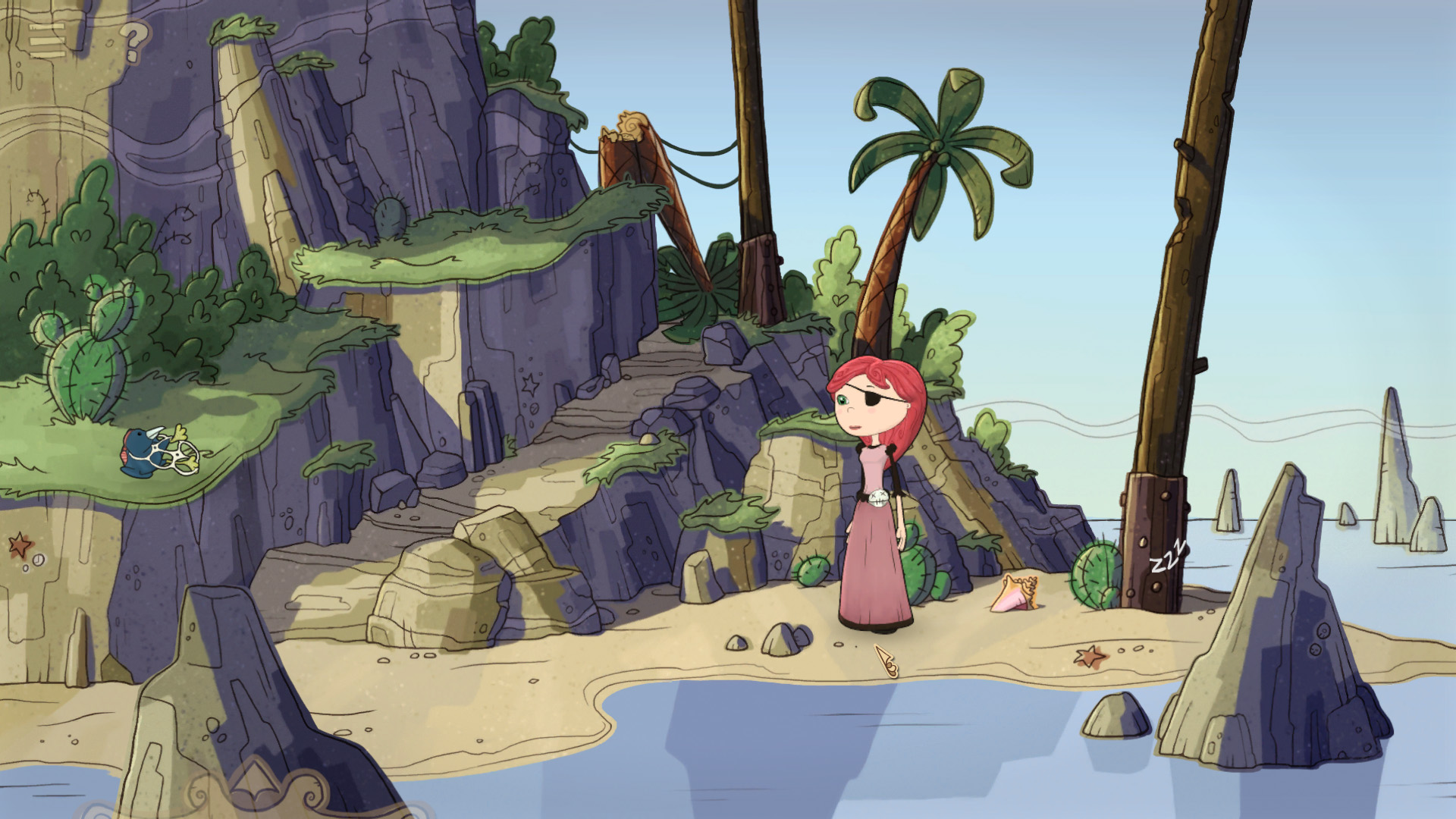 The point and click adventure genre has been a haven for pirate stories for many years now. There is something about pirates alongside the wacky humour that seems to fit the genre and Nelly Cootalot’s series is no exception.  After her first adventure, released as a free title, being a rousing success, she is back with Nelly Cootalot: The Fowl Fleet and it’s made its way to mobile.

Nelly Cootalot: The Fowl Fleet kicks in with Nelly stuck in her job on the mailship, the MSUndeliverablewhen is visited by her spiritual mentor, the ghost of Captain Bloodbeard from her mop bucket. Captain Bloodbeard lets Nelly know that she needs to protect birds from his brother, Baron Widebeard… again.  The story itself doesn’t exactly tread new ground but it’s certainly entertaining and serviceable as a vessel for the humour contained.

Nelly Cootalot is equipped with the good and the bad of the genre.  As with a lot of modern adventure games, the objects you need to interact with blends into the scenery which can be frustrating. Fortunately, you can tap the hint button and crosses appear over everything you can interact with, but relying on that gets annoying quick.

As with many point and click adventure titles I found myself getting frustrated a lot, as I tried to combine items, use items on scenery and tapping everything to have repeated dialogue being read out.  It’s certainly not the hardest adventure game, but far from the easiest.  The puzzles don’t get too obscure like some do, but without a more comprehensive hint system I regularly found myself tapping everything and being annoyed. 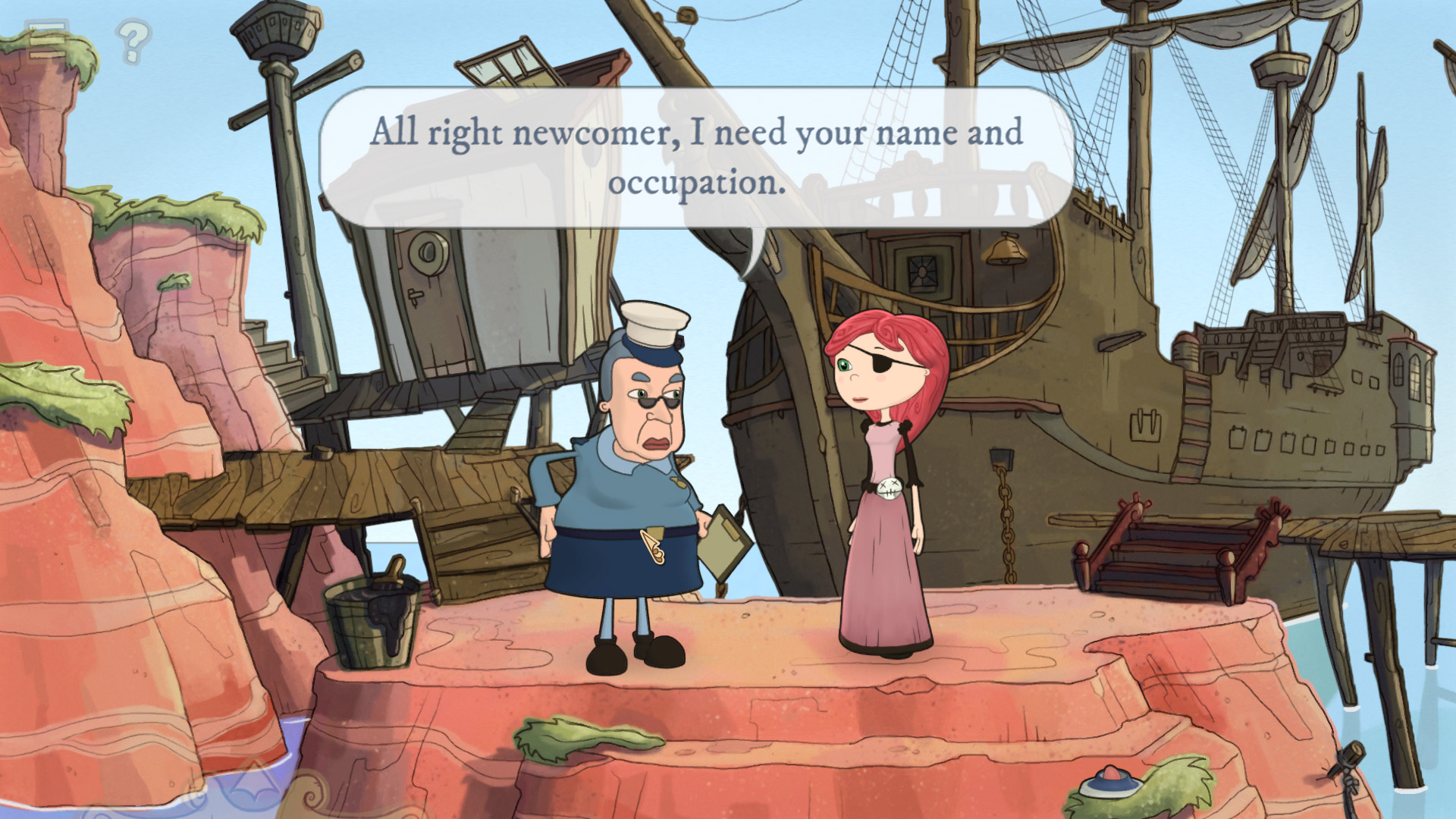 The art style of the game is something that people will love or hate. I thought most of the scenery was great and looked perfect for a wacky adventure game, but couldn’t stand the character designs.  I thought almost all the people, especially Nelly, looked bad and straight out of a low budget kids show.  Having said that, I have used the same description in the past for things I liked so it may appeal to others.

What Nelly Cootalot: The Fowl Fleet does better than anything is its humour.  Unsurprising after the comedian Alasdair Beckett–King knocked the humour out of the park with Nelly Cootalot’s first adventure Spoonbeaks Ahoy, he has absolutely nailed it here.  There is a very British feel to the humour, but from the silly end of the English humour scale.  It genuinely made me laugh out loud in public regularly. 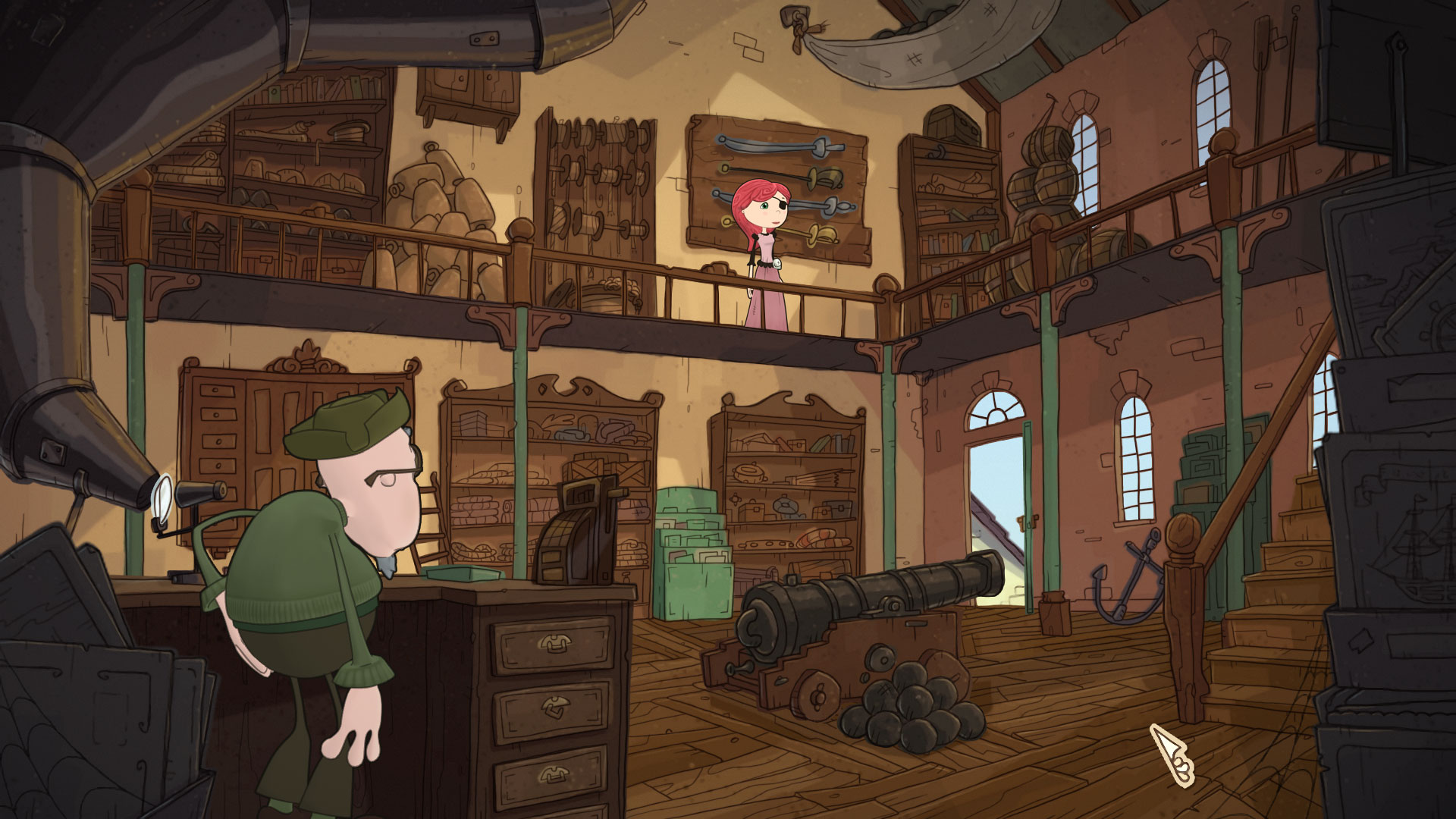 Though the game has been out on Steam, it has now come to mobile phones and weirdly, the genre may fit the medium perfectly.  I’m always concerned when something gets moved to mobile in case they fill it with gimmicks to use all the phones hardware and other quirks like that, but the game is left alone to be what it is.  Tapping surroundings and tapping where you need Nelly to go works well and is easy to play.  I never noticed any issues with the graphics struggling, or any other issues at all.

Nelly Cootalot: The Fowl Fleet is a real worthwhile experience for fans of point and click adventures, or even fans of silly English humour.  Even if you don’t like the character design as much as I did, it’s easy to get over that and see all of the charm in the characters and the writing.  With a great mobile port, I highly recommend having a dabble if any of the above tickles your fancy.