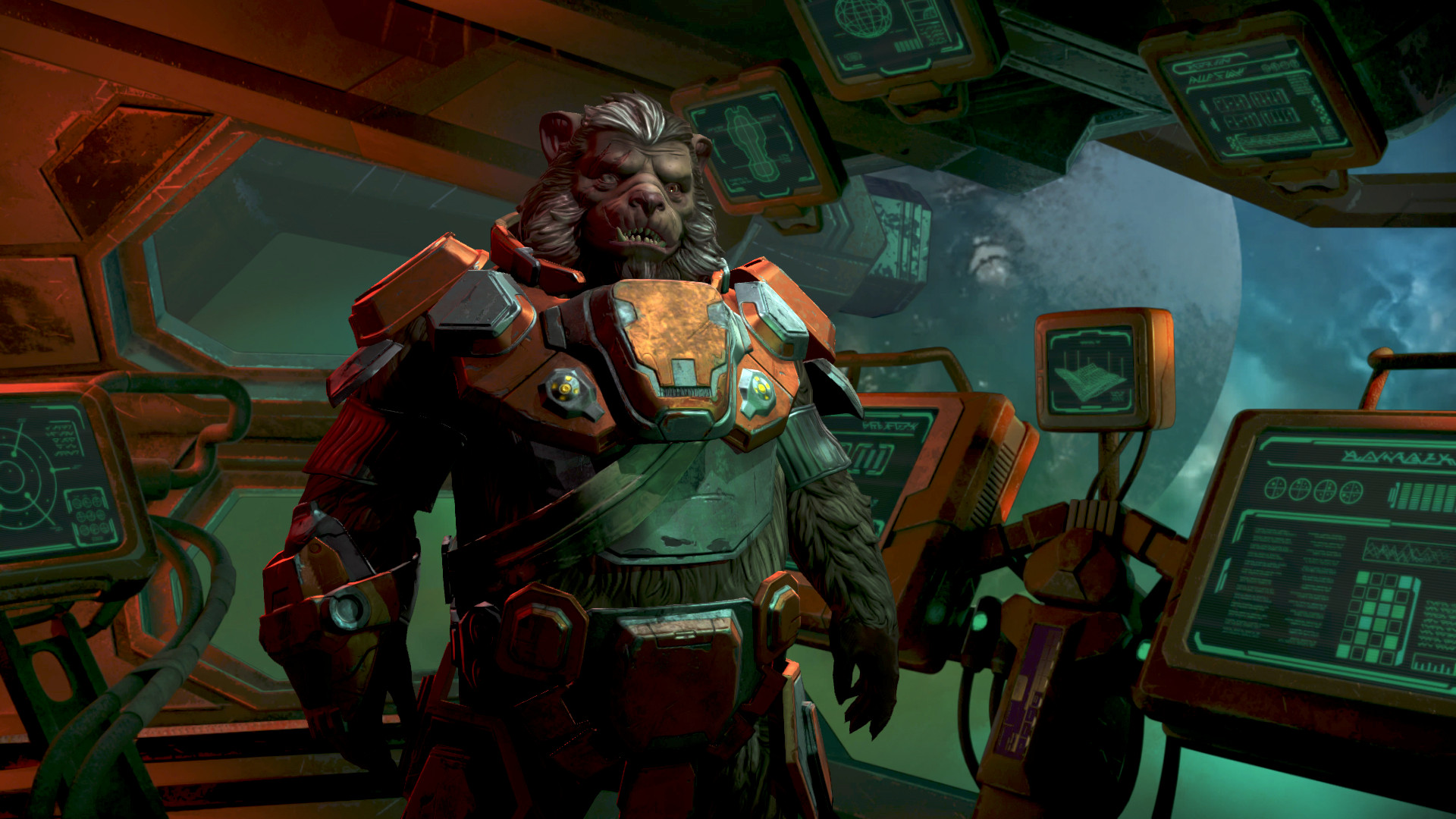 The classic turn-based 4X series Masters of Orion is back in the form of a reboot by the almost unheard of developer NGD Studios. With the original 1993 game still talked highly of in the genre, there was certainly high expectations to live up to with Master of Orion: Conquer the Stars. While certainly not the influential game of its original predecessor, this latest entry does the series justice.

Even before you finish setting up your first game, things start to look promising. The game has available an exceptional offering of races. Each of the 11 races possess both a detailed and interesting back story describing who they are, how they came to be as well as their personality traits. The descriptions were so engrossing that I wanted to hear every single bit of information prior to making my selection.

As you would expect, each race comes equipped with traits which can both positively or negatively impact various aspects of the way the empire runs or their starting circumstances. 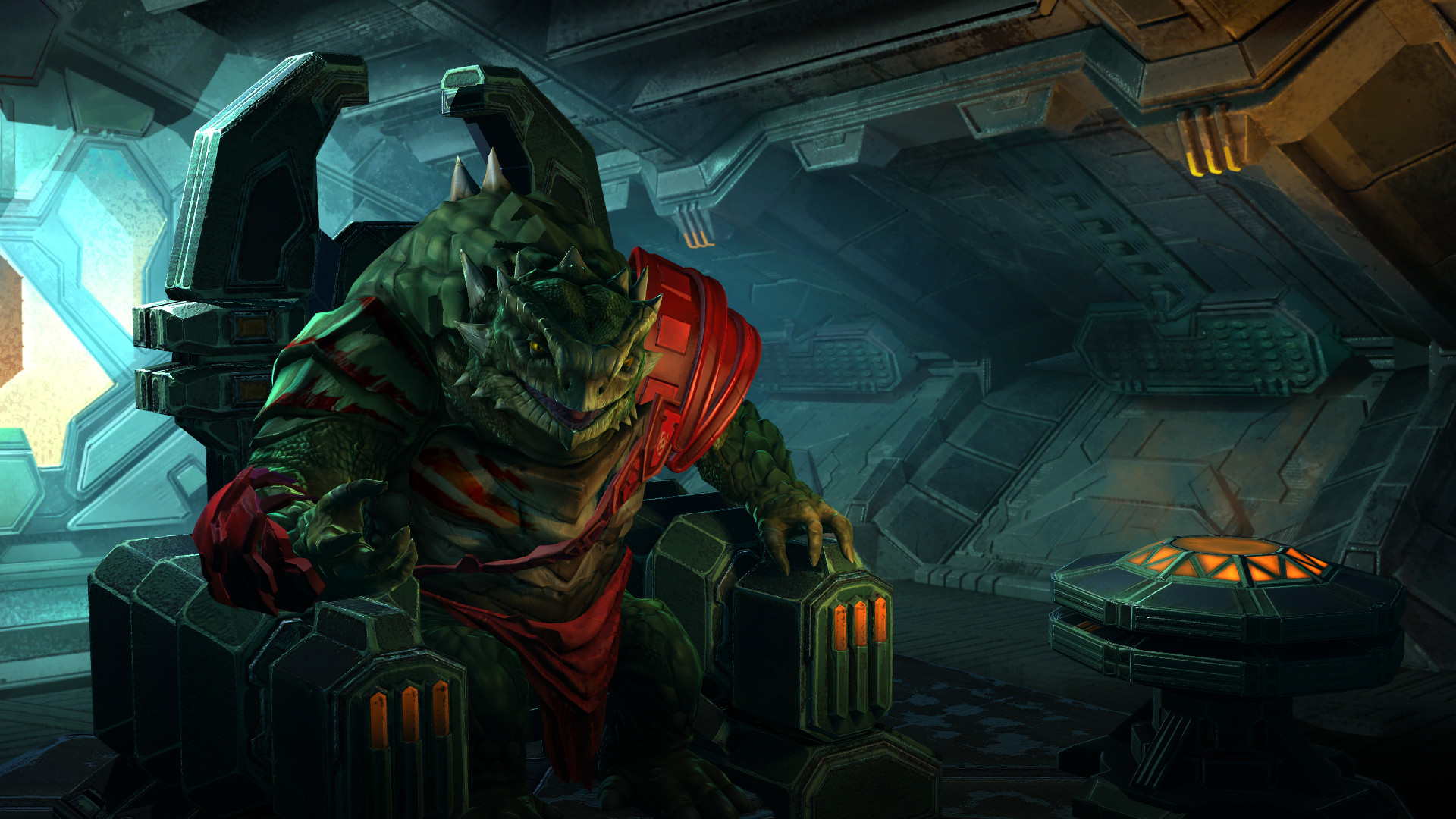 Depending on who you go with, these changes can actually change the game quite dramatically. The Silicoid for instance consume rocks instead of traditional food therefore they neither consume nor farm food themselves. This frees up your population to work on production or research however the inability to farm food makes it difficult to control your population growth.

The personalities described in the description doesn’t play out in the actual game though. Regardless of their race, every enemy AI seems to act in the same way. In one game, the race described as a peaceful race declared war on me twice unprovoked, once when I was in an alliance with them. They also sometimes do rather odd things. One race I was at war with decided to send me back the spy they caught rather than kill him. Another race tried to colonise a planet in one of my systems, a bold yet short lived move. 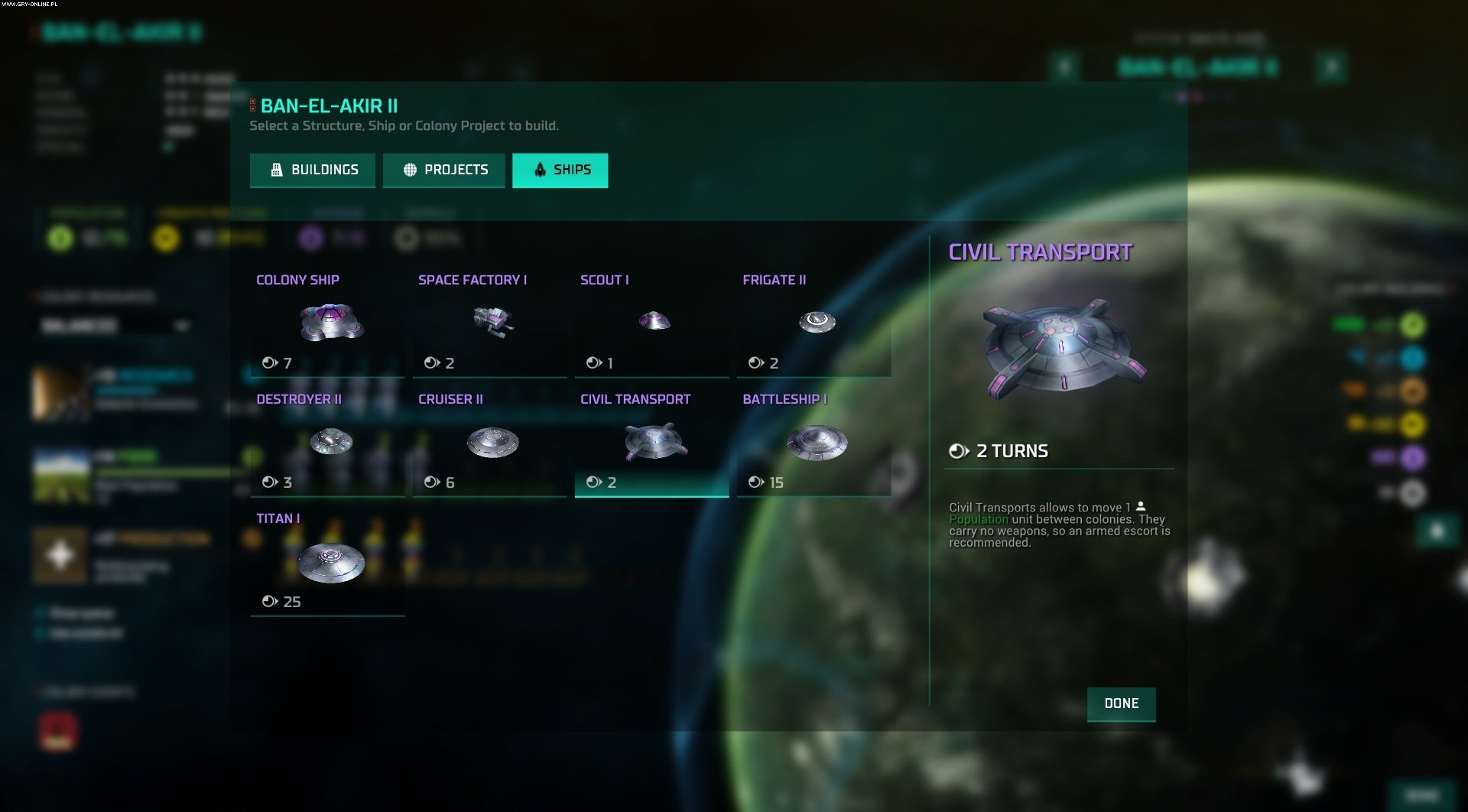 While the AI has room for improvement, most other areas of the gameplay is executed well. For me the stand out part of Master of Orion: Conquer the Stars is the pacing. Too many times do 4X games falter mid or late game, succeeding only at the initial expansion aspect. Master of Orion: Conquer the Stars stays consistently engaging throughout the whole game.

A major reason for this is that settling new planets is spread throughout the game rather than being restricted to only the initial portion. This is because taking over enemy planets typically involve bombarding all living inhabitants out of existence then settling it yourself. A barbaric but rather fun conquest system.

While the pacing in the game is superb, there was one thing that unexpectedly broke it in my first game, the arbitrary 500 turn limit set by default. This isn’t a game where that feels that it drags on and a limit such as this doesn’t seem required for me. I actually felt things were still heating up when the limit kicked in resulting in a rather unsatisfying conclusion to the game. Needless to say, I recommend turning this setting off when you set up the game. 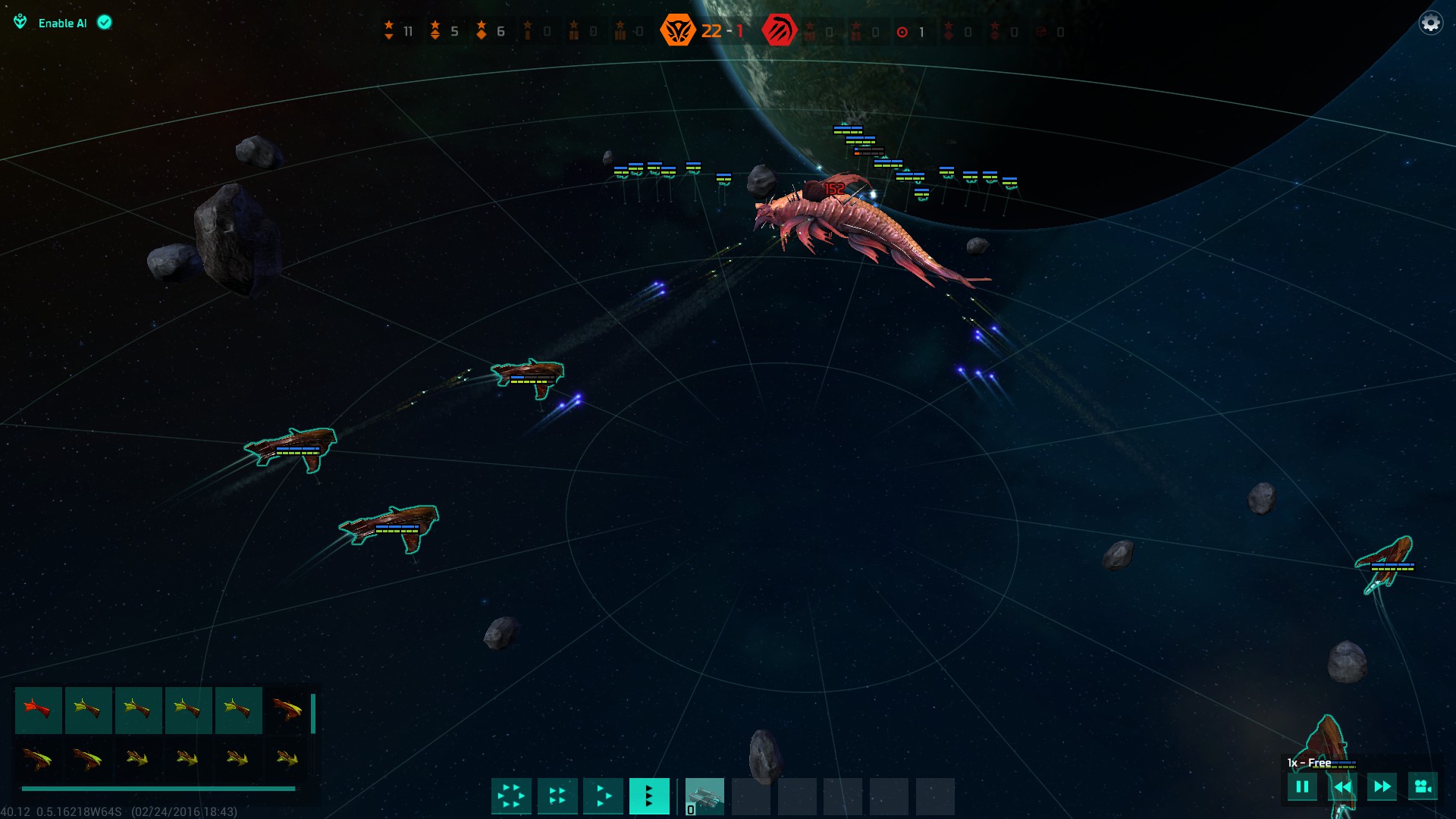 The space combat takes place via real time battles. While I did trial it, I never felt a need to actually control the battles myself. There was always almost always a large difference in power between the two fleets fighting, else why would someone launch the attack in the first place. With the outcome already determined prior to the battle beginning, I felt that it wasn’t worth my time to control the fight myself.

Most aspects of empire management are rather simple. Something that may turn off some hardcore strategy enthusiasts out there. Personally, I really liked the simplicity of everything. It is almost no learning curve, everything is easy to pick up and navigating the UI to undertake tasks is a breeze.

The simplicity is felt most strongly in the spying and diplomacy mechanics. With diplomacy there is very little interaction you can or need to do with other races. Spying on the other hand I felt was more of a defensive rather than offensive measure. You really need a spy in each of your planets to stop enemy spies. When you do send them out for missions your options are very limited and often not effective. 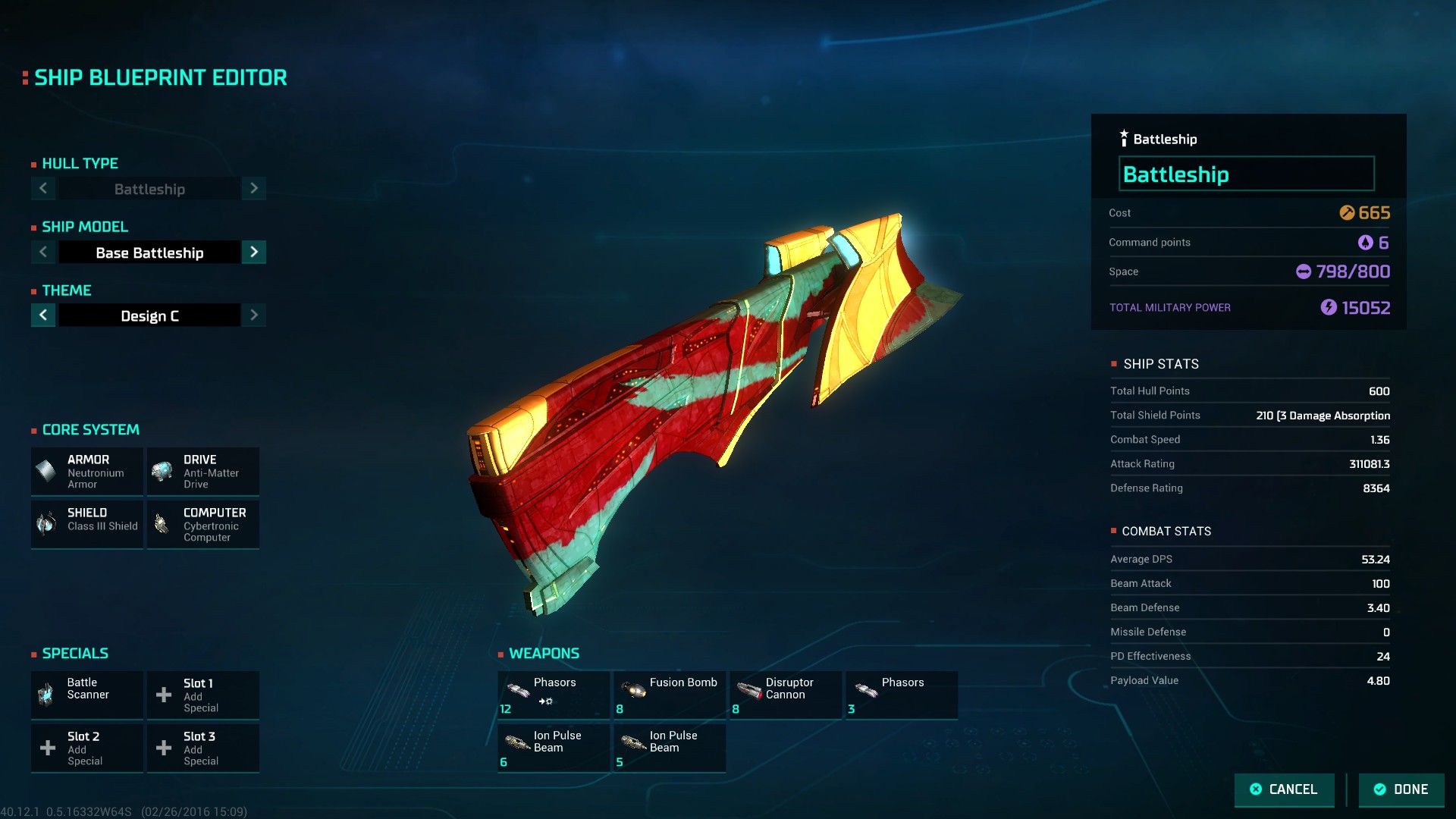 Researching is done well, with the ability to easily find the technology you want and plan on what you need to get there. I also enjoyed that occasionally you have to make a choice of couple of specific technologies. Once you choose one, you can’t go back and research the other.

Managing planets is also very simple. On the side of the screen in each turn is a list of things that have happened, from population increasing to something being built. You are easily able to click on this to be taken straight to the planet so you can manage where the population goes or what building is built next.

I found myself relying largely on the autobuild for most of my planets. The autobuild actually does a rather impressive job at choosing what to build next based on the planet’s needs. As a result, there is no need for tedious micromanagement of planets. 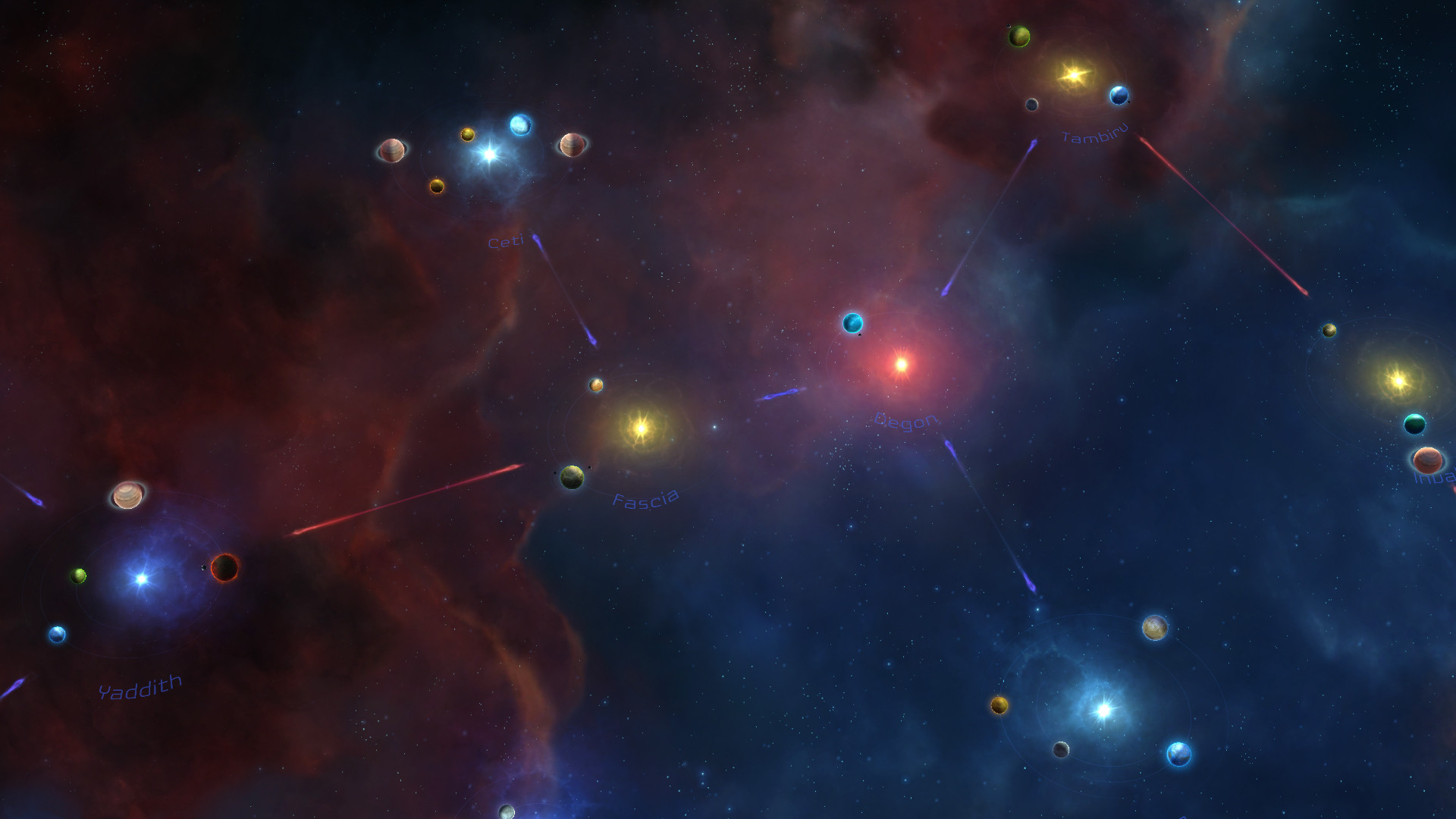 Before you can finish your turn, the game ensures that you have undertaken everything you need to. If you have researched a technology or selected a move for a unit, the game will take you to the exact screen you need to go to do that. While this obviously takes out the thought required to play the game, it just makes managing everything much easier.

A rather unique aspect of the game that major galactic or empire specific events are typically told through a cut-scene of the so called ‘Galactic News Network’. While this gives more life to the events, it isn’t done particularly well. There is a light-hearted tone to the cut-scenes featuring humour that always falls flat. The news is told by two robots whose robotic voices I assume is meant to be slightly humorous however they are extremely annoying to listen to. There is potential in this feature though if they remove the robots and replace anybody else.

Masters of Orion: Conquer the Stars isn’t a genre defining game like its predecessors. It is however a great 4X game that although doesn’t bring anything new to the table, does offer an overall polished and enjoyable experience. There are very few ways I can fault the game which is a rarity for modern entries into the genre. The simplistic mechanics may not be in everyone’s taste however I found it rather refreshing.