Despite having played a few Gensokyo Touhou games at this point, I still find this Universe confusing. Starting with crazy bullet hell games, the franchise has spawned games to rouge likes, and now a dungeon crawler with Gensokyo Defenders. Despite a strange storyline, it’s one heck of a game.

The Gensokyo Touhou games tell of a world where fairies are in a fight and the main fairy on a border wall must stop demons getting in or something. There is internal banter between the fairies which follow anime tropes to a tee. But even when you can’t follow the story it’s still surprisingly funny to watch. 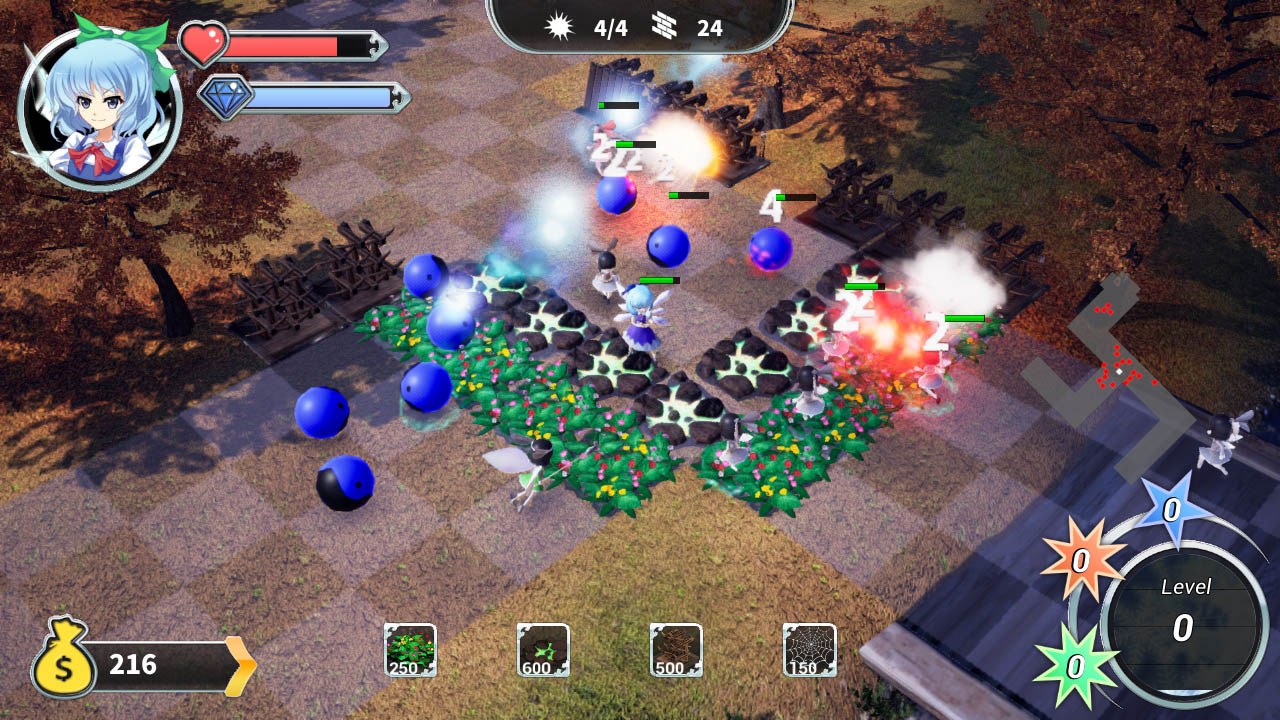 To be honest, if you don’t know the series well, then the story won’t be what brings you to the game. Gensokyo Defenders is an excellent tower defense game. For those who aren’t familiar, these games generally involve building defences and weapons before waves of enemies go down a path. Your defense and offense need to be good enough to withstand the waves of assaults.

Gensokyo Defenders has you preparing for each wave, as one of the fairies floating around the upcoming battlefield. But then for a unique spin it has your fairy remain on the battlefield when the onslaught happens. You fire bullets, moving around as extreme numbers of enemies fill up the screen with bullets themselves, turning the game into a unique take on the Bullet Hell and Tower Defense genre alike. 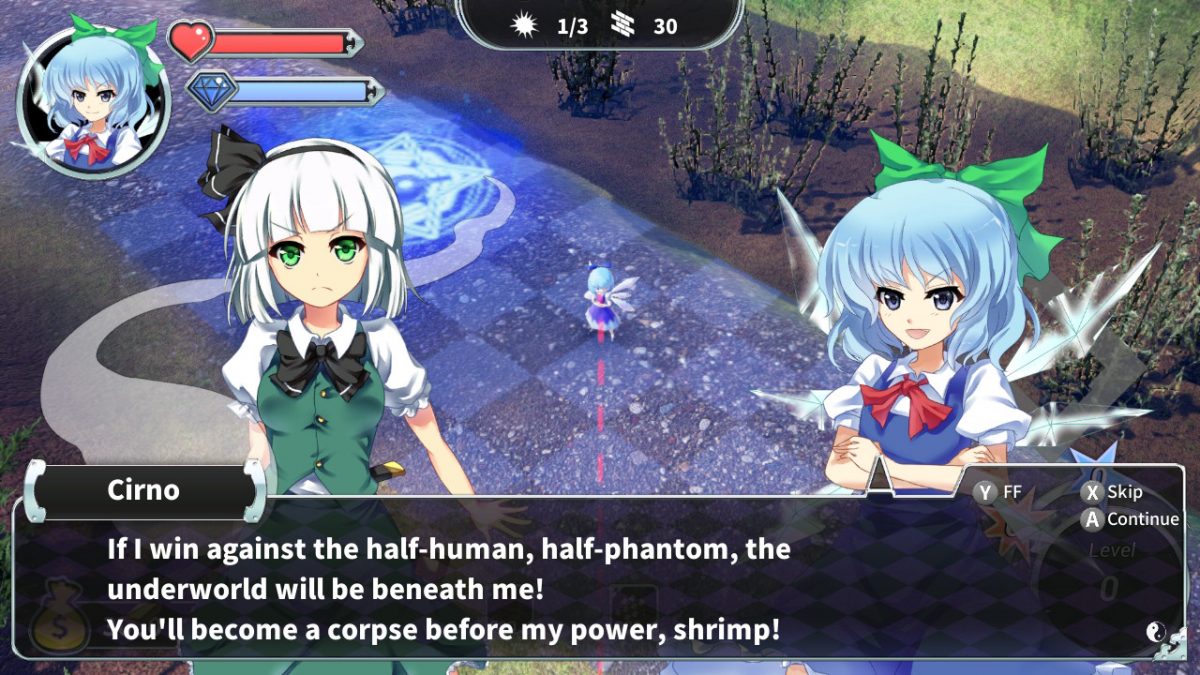 Initially in a Level your funds are limited so you can only buy so many traps to place on the battlefield. Enemies come in waves and between waves you can fly around in your own time. There is a balance of loading the battlefield with ways to defeat enemies that are expensive, and ways to slow them so you can attack them instead which are more inexpensive.

Traps themselves vary significantly, from bullet firing, to pads that launch enemies in a direction, to flowerbeds that slow enemies down. Using these vary in strategy hugely, such as using flowerbeds in front of something that fires bullets, so it can take off more damage, or if there is water around the battlefield, using the pads to launch enemies into the water.

Enemy types are nice and varied too, with balls that fire bullets, to creatures that follow the path firing bullets, to the annoying fairies that take shortcuts over terrain you need to account for. These types of paths are clever, but frustrating as you regularly don’t know where enemies will travel until they do. This means you are required to do some trial and error which can feel unfair at times.

Gensokyo Defenders is an interesting take on the genre which should give something unique for tower defense fans and bullet hell fans alike. The trial and error may put some off, but it’s an awfully addictive, darn clever way to merge these genres into something so familiar yet totally unique. Plus, you can simply ignore the story if that’s not your thing.