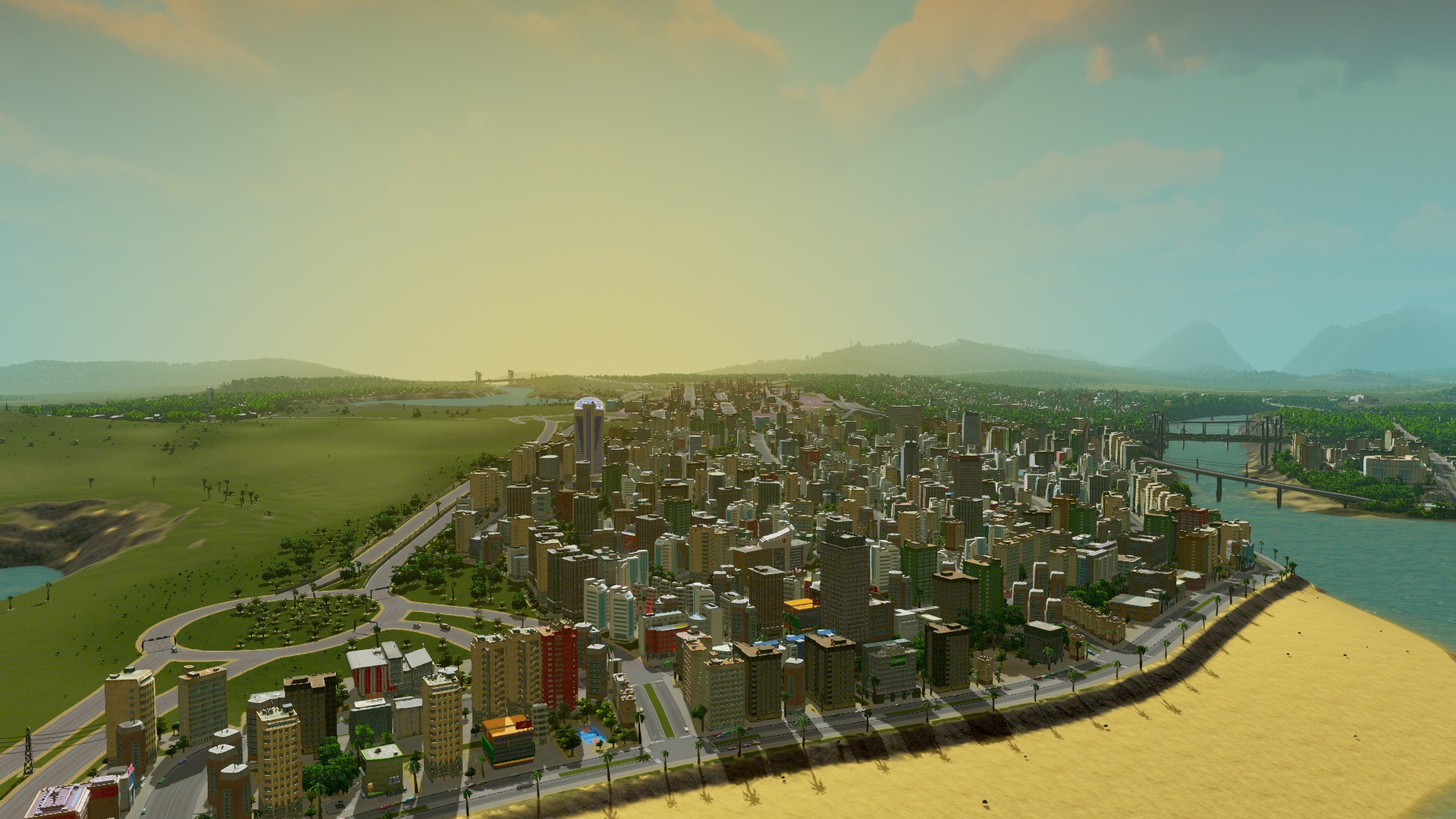 Hands-down the best city building game is now out on Xbox One.

When Cities Skylines was released on PC my expectations were low. Developed by Colossal Order, the Finnish team responsible for the okay-ish Cities in Motion games, I was expecting a mild bit of entertainment at most. Hopefully enough to take away the bad taste of the very disappointing Sim City reboot.

To say I was pleasantly surprised is an understatement. Cities Skylines turned out to be exactly the game that EA’s Sim City reboot wasn’t; a perfect city building game.

The fact that the best city building game is now available on Xbox One is great, but don’t expect all the bells and whistles of the PC version.

Cities Skylines places you in charge of a city, responsible everything from zoning to waste disposal. 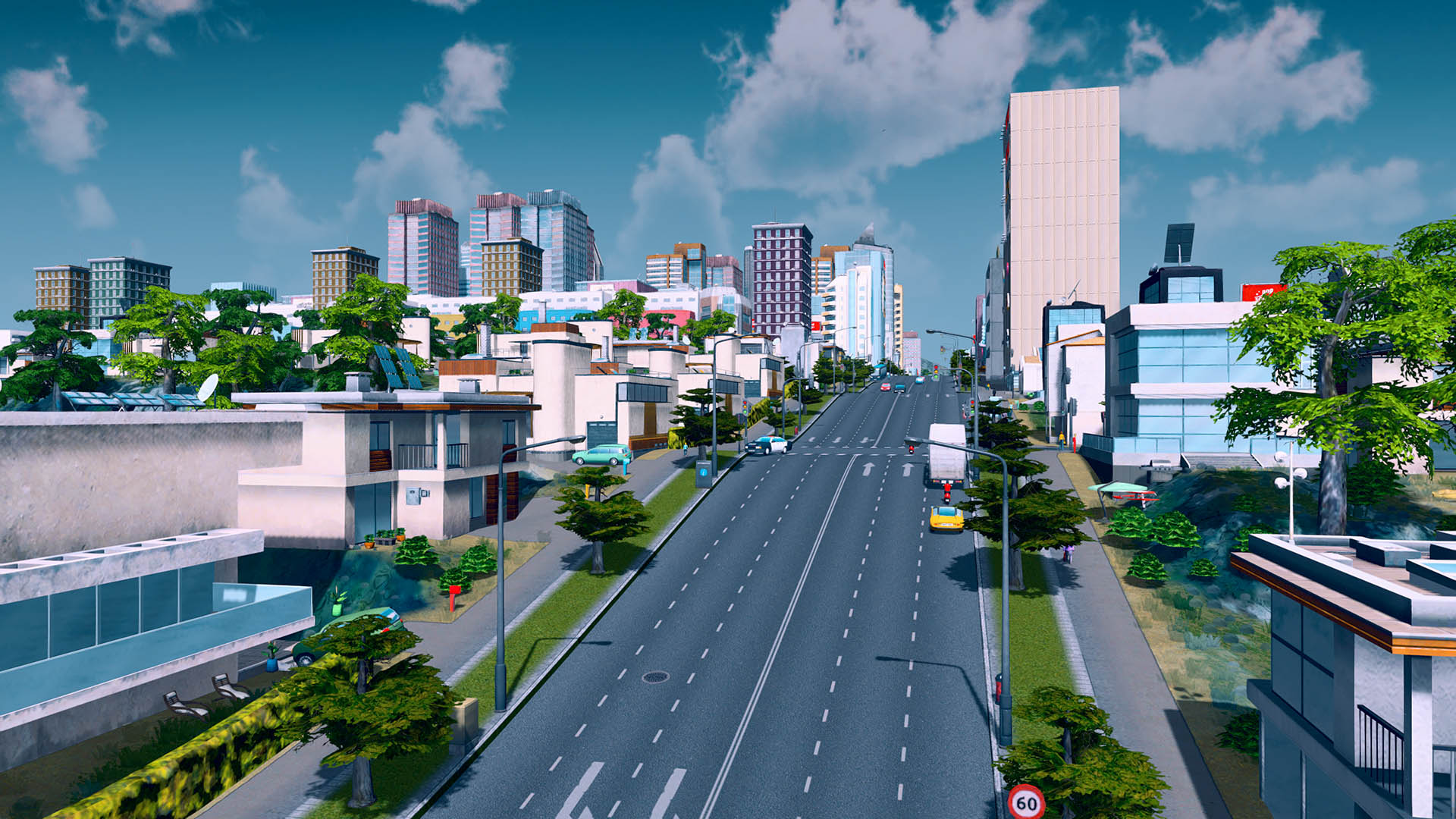 You start the game with an open area marked by a dashed white line (which in time can by expanded). You need to connect your new settlement to the main highway network and from there you are off. Some areas also have a regional train network for you to tap into. Later on, you can also add seaports and airports for additional transportation connectivity.

But to start with, your future metropolis is just a street off a motorway interchange.

For your city to grow it will immediately need three things: power, fresh water and waste disposal. For power, you can opt to go green and position wind turbines in the optimal locations in your city area or just build a coal power station. You’ll get more power from the power station, but you’ll get more pollution as well. As with all industrial areas, you’ll need to think about where you are going to locate them so as not to affect residents. 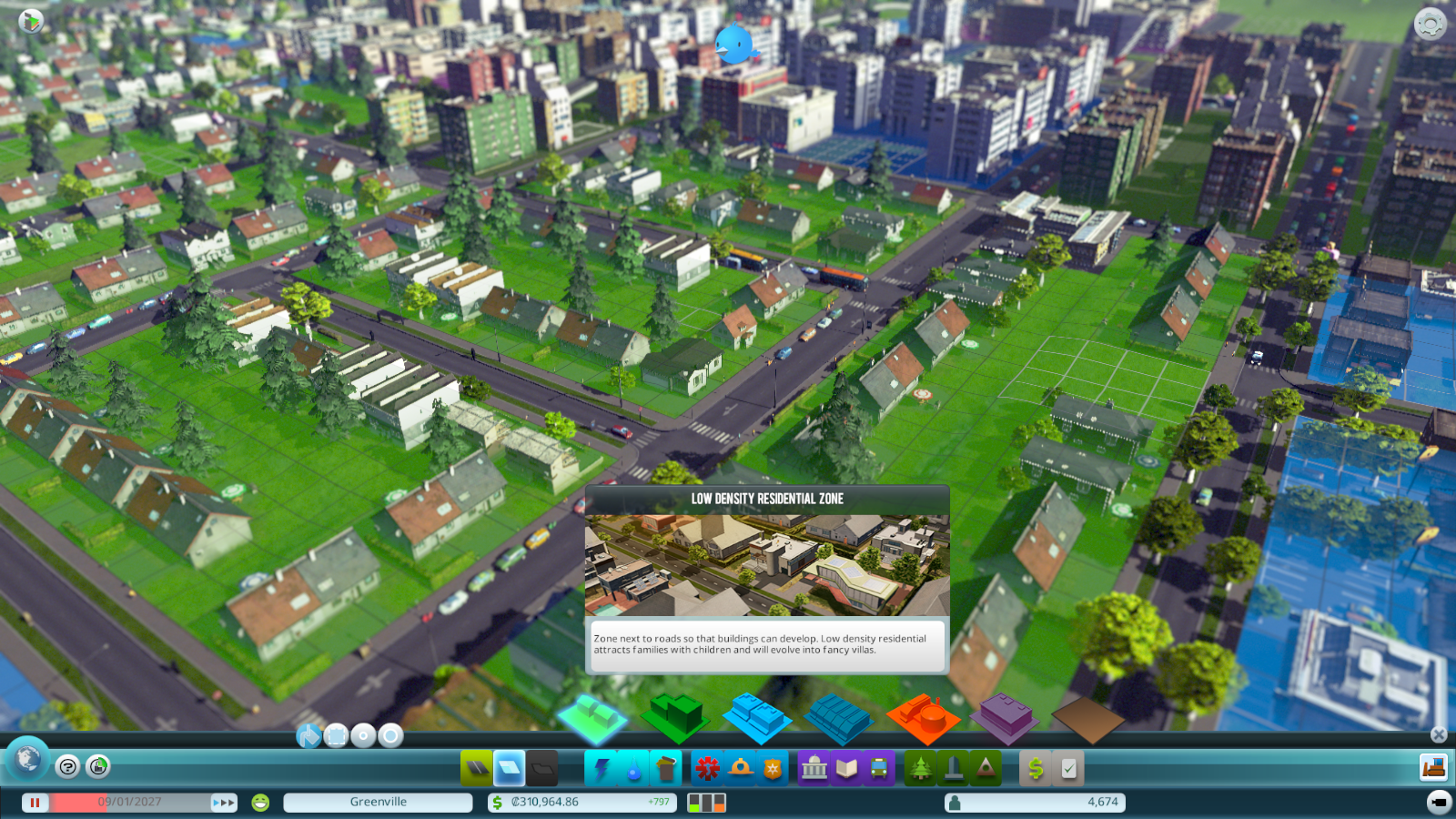 For water, you can pump it out of the ground or use a pumping station to get water from a river. You’ll also need a waste water outfall as well, just make sure it is downstream from your water source. You need to connect your utilities to a network of pipes and wires to get them where they are needed.

The design of your city is shaped by zoning areas to particular uses. First off you are going to need residential zones for people to build houses. They are then going to need commercial areas for shops and industrial areas for jobs. As you progress you unlock more zones like dense residential and offices to create an even more diverse city.

As your city expands you are going to need to add services like fire stations, police stations, schools and medical centres. Each of these have a number of upgrades allowing them to serve a larger population. 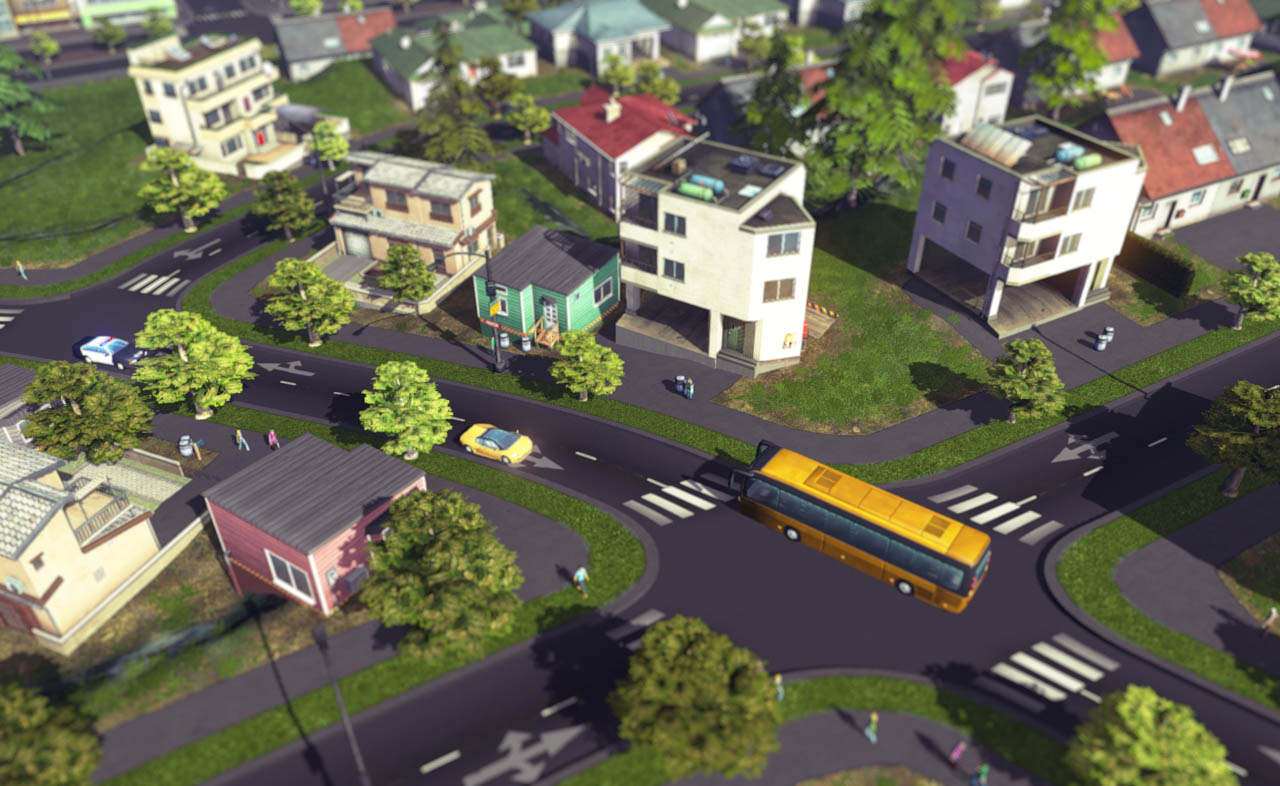 As your city expands you will find your roads getting congested and requiring upgrades. You’ll also need to consider public transport such as buses and trams.

Once the city reaches a decent size, the game keeps you busy as you attend to the concerns of your citizens and keep the city prosperous.  Constant tweaks, which sometimes need to be quite radical, are often needed to meet the demands of an ever-changing city.

As you progress in the game you unlock literally hundreds of different service building types, allowing you to create unique cityscapes. These range from being able to plant individual trees to your city’s very own monument – which can be one of any real-world icons, such as The Statue of Liberty. 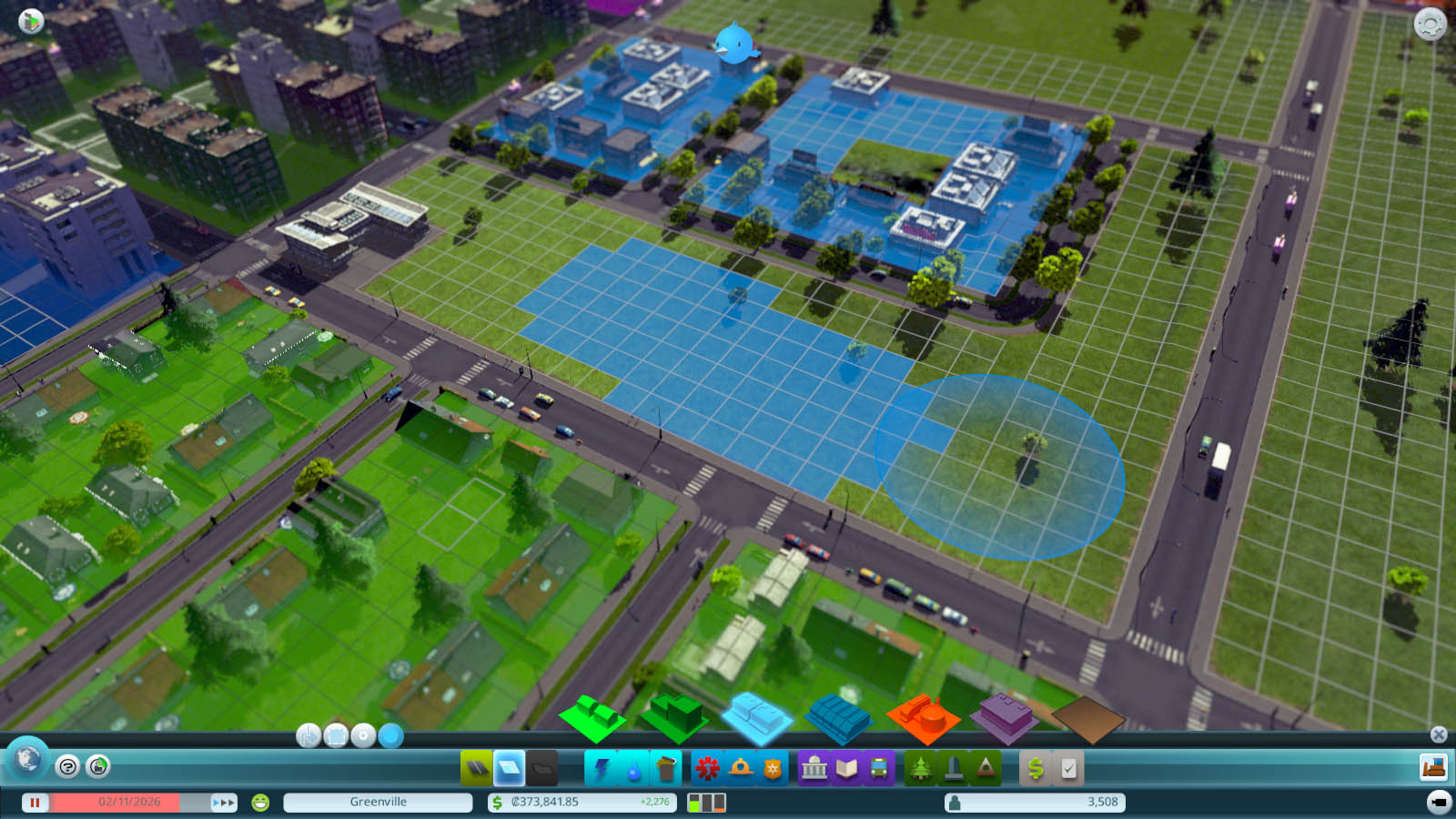 This is game that you will find yourself getting lost in. Your citizens are demanding which will keep you on your toes, but there’s also the immense satisfaction of creating a fully functioning city and watching all the people, cars, trains, buses and planes doing about their business.

In order to fit such a processor-intensive game on an Xbox One, Tantalus, the developer responsible for porting the game from PC to console, has had to make some compromises.

The user interface and control system have been tweaked for use with an Xbox controller. It lacks some of the precision of the PC’s mouse, but still works a treat.

The visuals, which are still great, scale a lot more than they do on PC, with things like power lines and street-lighting columns popping into view as you get up close.

The game also lacks a time acceleration function. This was removed in order to maintain the game’s stability when cities reach the rather incredible 250K population levels. Of all the compromises, this is the one that got to me the most. Accelerating time is pretty essential in order to reduce that about of waiting for your population to increase and for your city to adapt to the changes that you make to it. Instead of powering through these lulls in the gameplay you are force to watch patiently as new citizens move in and your city expands.

Cities Skylines on Xbox One is a worthy console city builder, but it lacks a lot of a features that makes its PC cousin such a great game. The two-year head start and three DLC packs that the PC version currently enjoys, as well as player mods via the Steam workshop, places the console version very much at a disadvantage.

But, when viewed in isolation, Cities Skylines on Xbox One is a deep, detailed and hugely rewarding city builder that will keep players entertained for months! 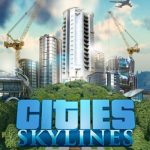