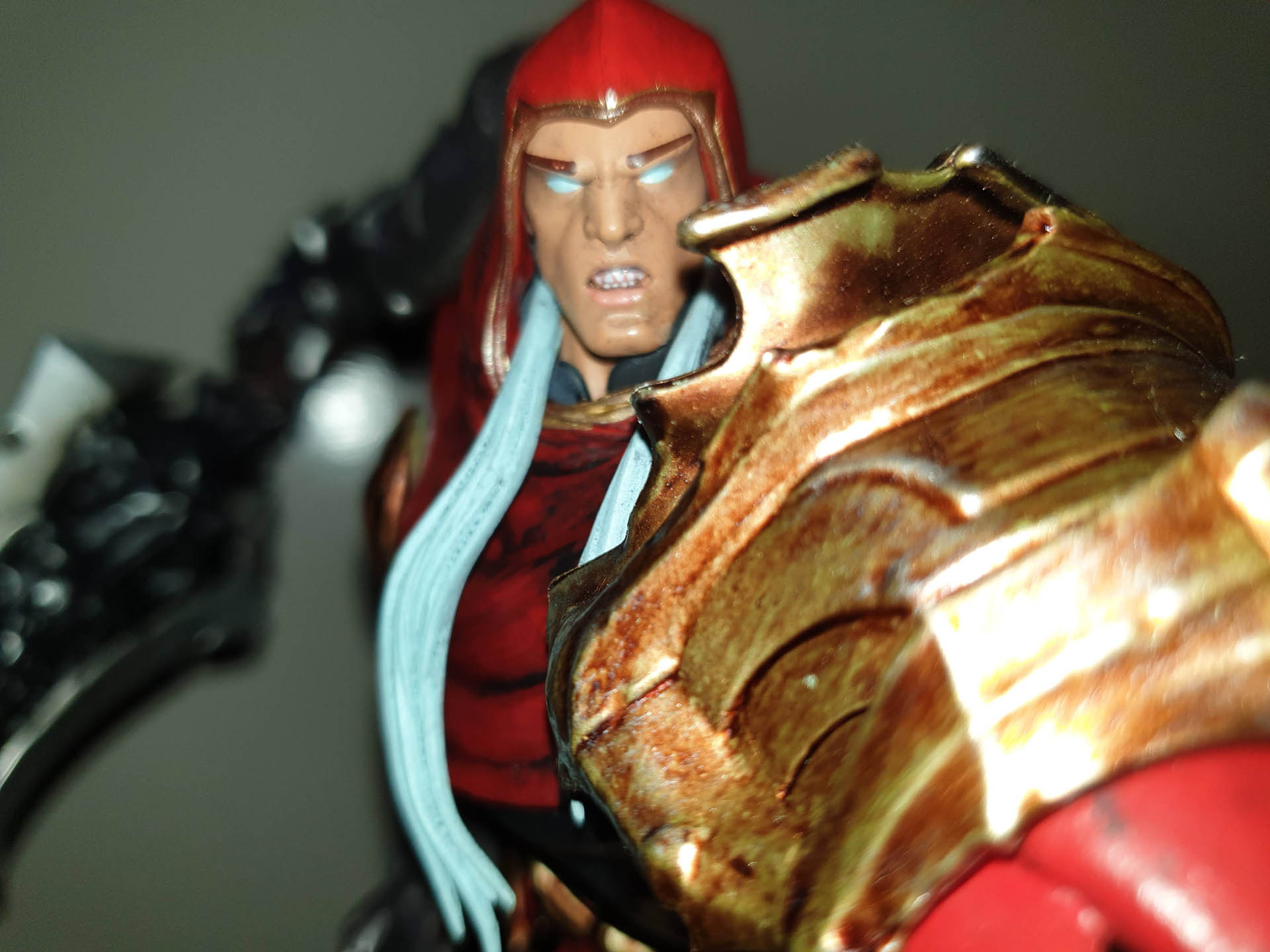 Darksiders, an apocalyptic themed video game series from the now defunct THQ and recently picked up by THQNordic.

Now in its third iteration, the third person action games focuses on the characters from the end of times lore; the four Horsemen – War, Death and now we are up to Fury.

The third release was celebrated with an aptly named, Apocalypse Edition (read our review here).

Amongst a wealth of Darksiders goodies, there are four excruciatingly detailed figurines from the game; War, Death, Vulgrim (a demon merchant in all three games) and Fury.

At 10 to 11 inches tall, each character is set in to their respective scenarios, those that have played the games will instantly recognise their base-stand scenes. 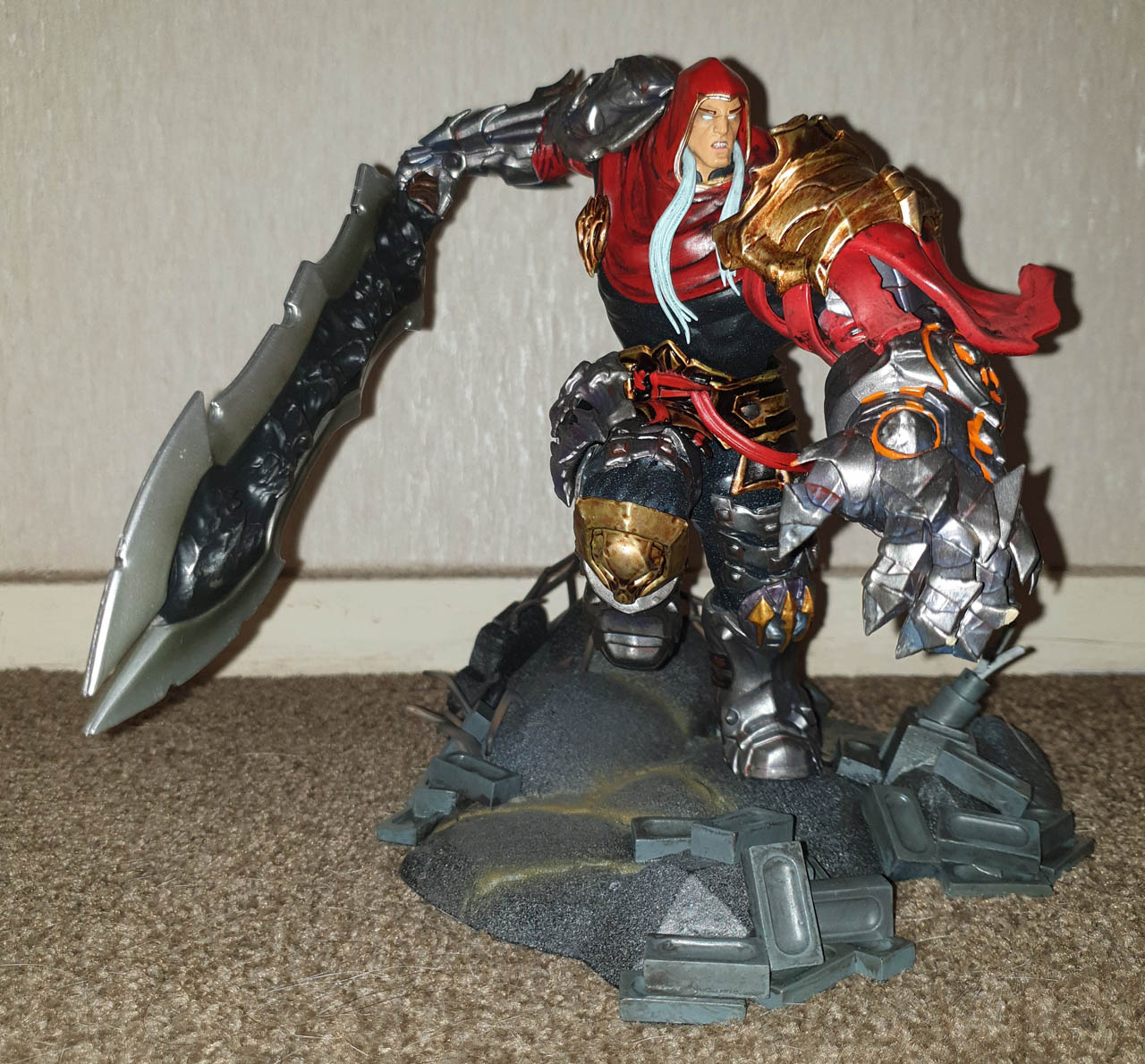 War is from the first Darksiders. Here he is immortalized in an action pose, his red hooded cloak frozen in a swaying motion, clutching his large sword in his gauntlets. War destroys, leaves a path of destruction so it is fitting that he is placed within a broken industrial like scene.

The grimace, the ferocity on his face, the dirst, blood and sweat with fiercely the glowing eyes, the force that is War is epitomised in the detailing. 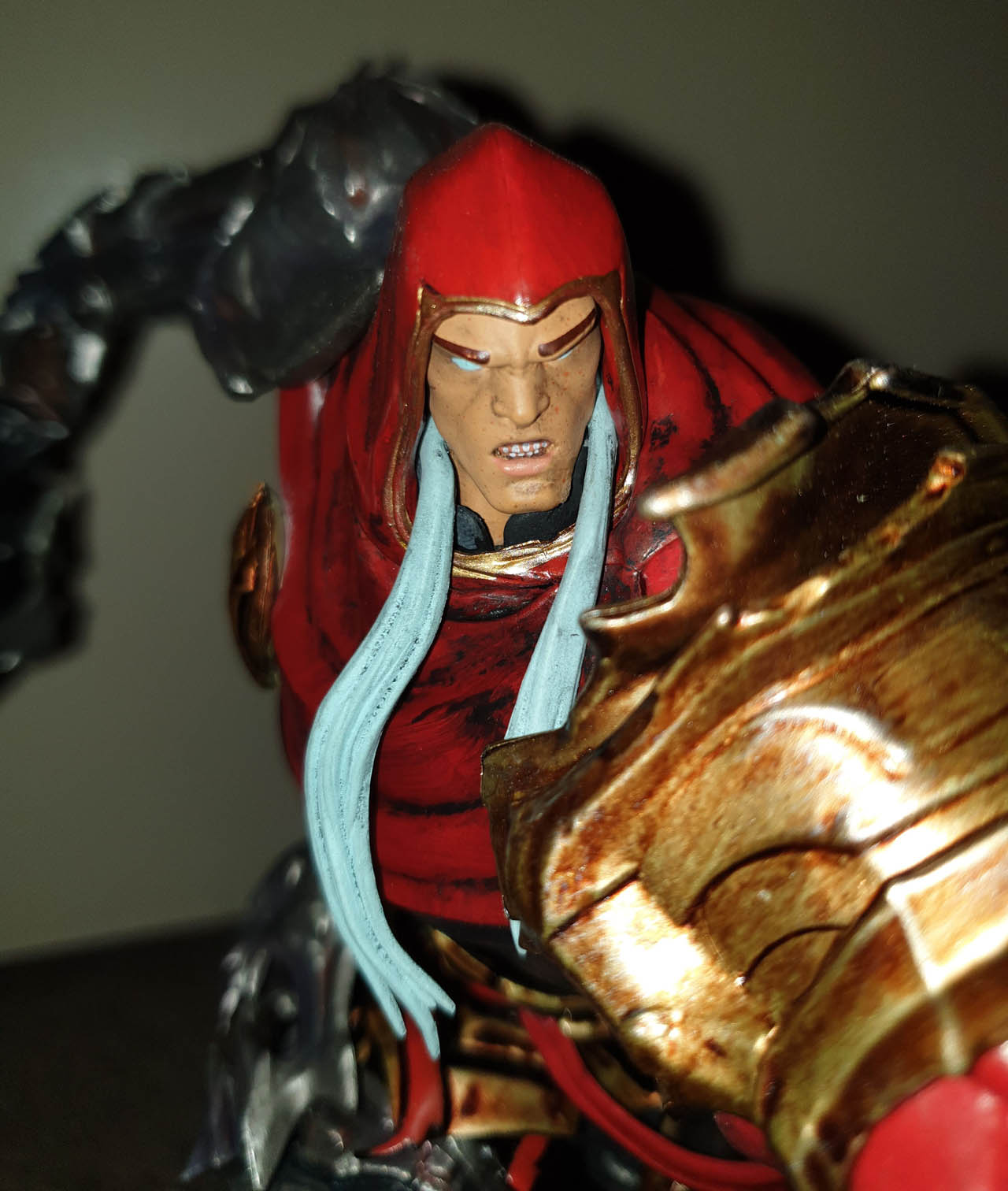 Death, from the second game is no different. THQNordic have had him commissioned and styled with his dual mini scythes. He is Death, he is ready to take your soul. Surrounded by the bones of the fallen, Death is formidable figure as he stands upon the Earth littered with human skulls. 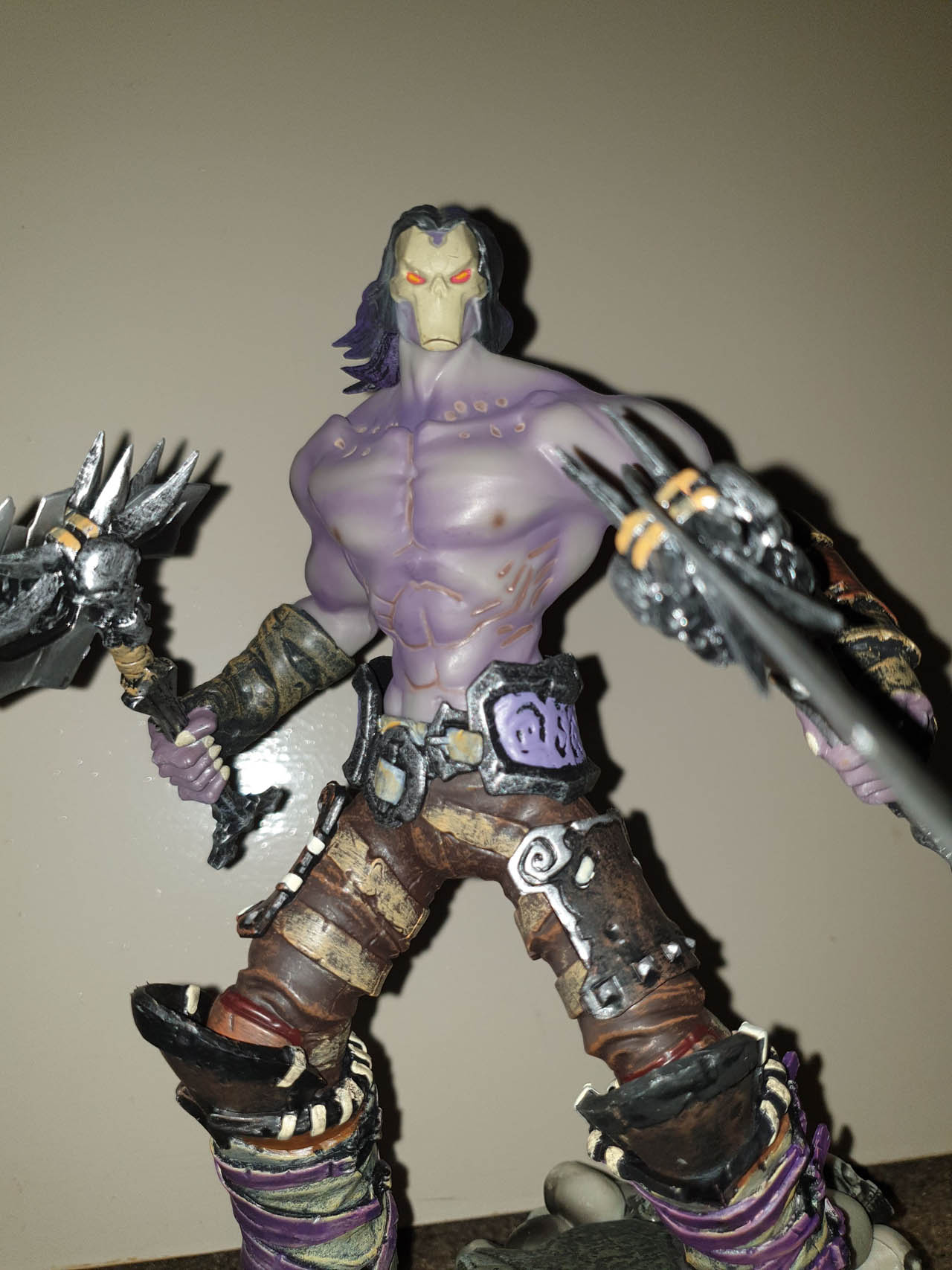 The surprise for me was the inclusion of Vulgrim.

He is a demonic salesman that you encounter at various spots in gameplay, and he has a sweet tooth for souls. Give him souls and he will grant you powers.

The Vulgrim figure stands straight and tall. Vulgrim is no nonsense. If you have souls, he is ready to do business. 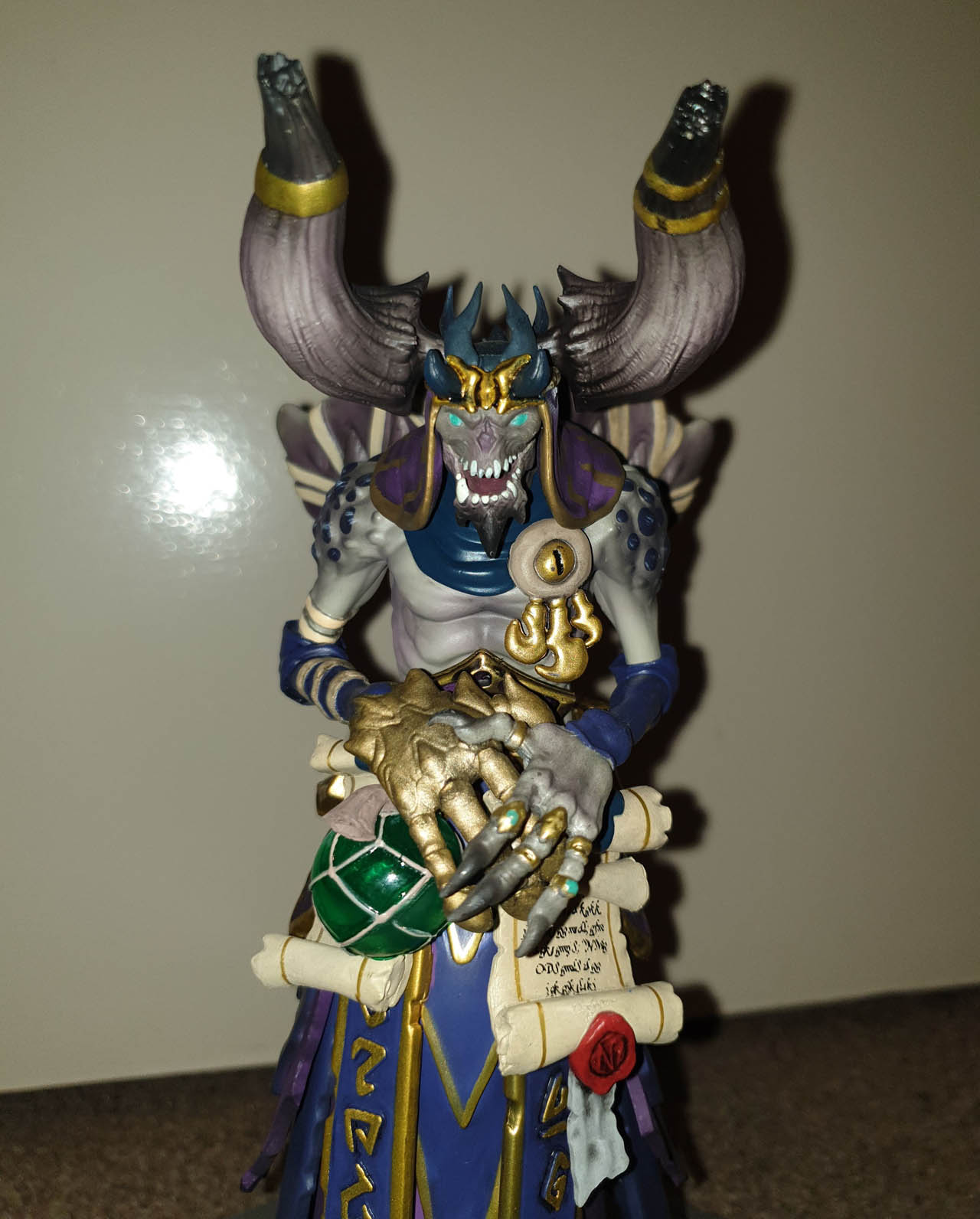 Hovering above his platform, which in the game are checkpoints and serpent holes (for fast travel to other areas), this licensed figure has encompassed Vulgrim’s pure deviousness. Finding Vulgrim is usually a relief in gameplay, and he is always happy to see you – only if you have souls though. 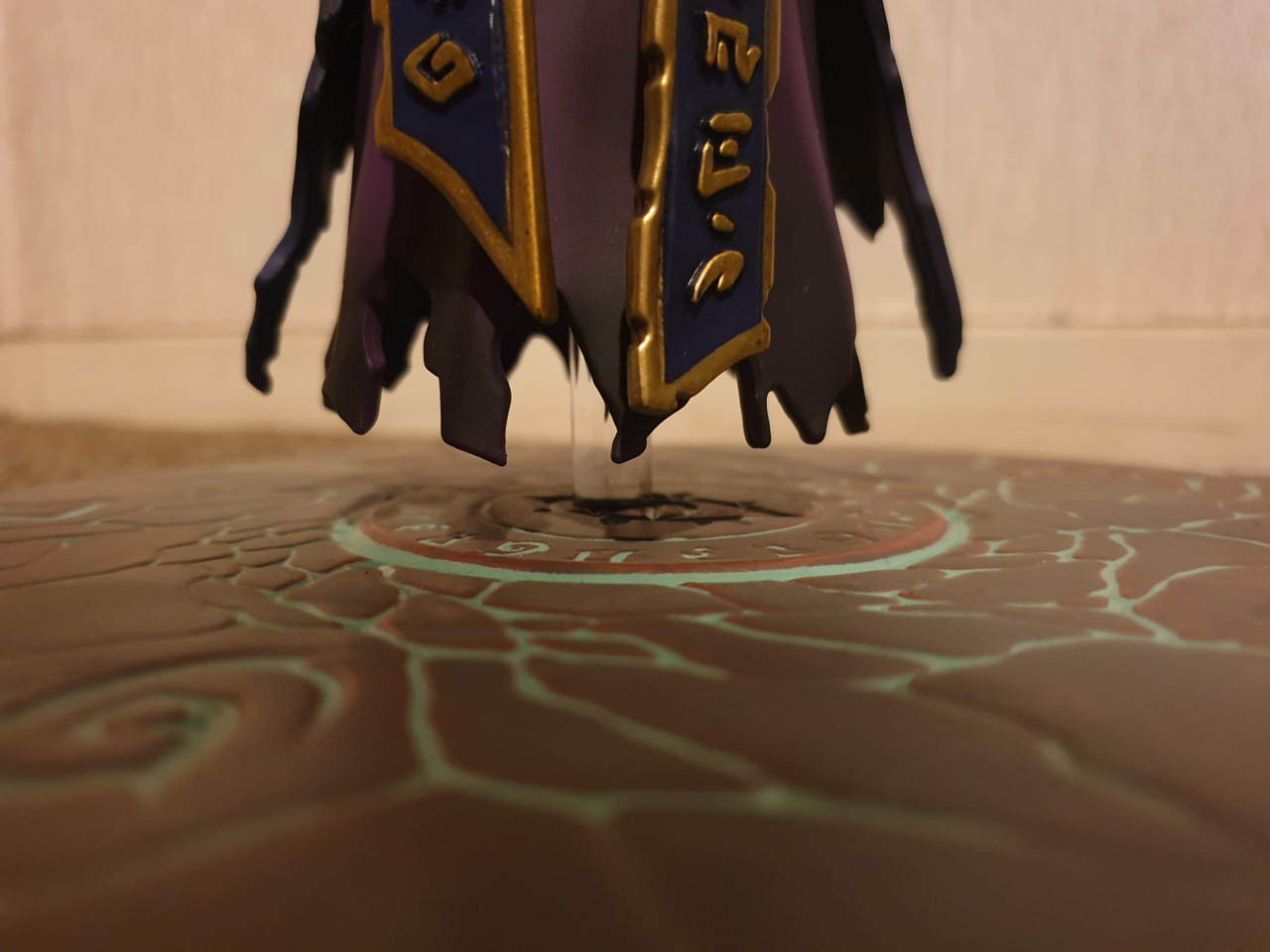 And last up is Fury. The fiery red head. Beautiful but deadly.

Fury is rebellious and her nature of both focus and determination is caught perfectly in her forward propelling pose. Fury has a spiked whip as her primary weapon and this is intricately recrafted. However with the Fury figurine, there was some difficulty in placing and keeping the whip in her hands. 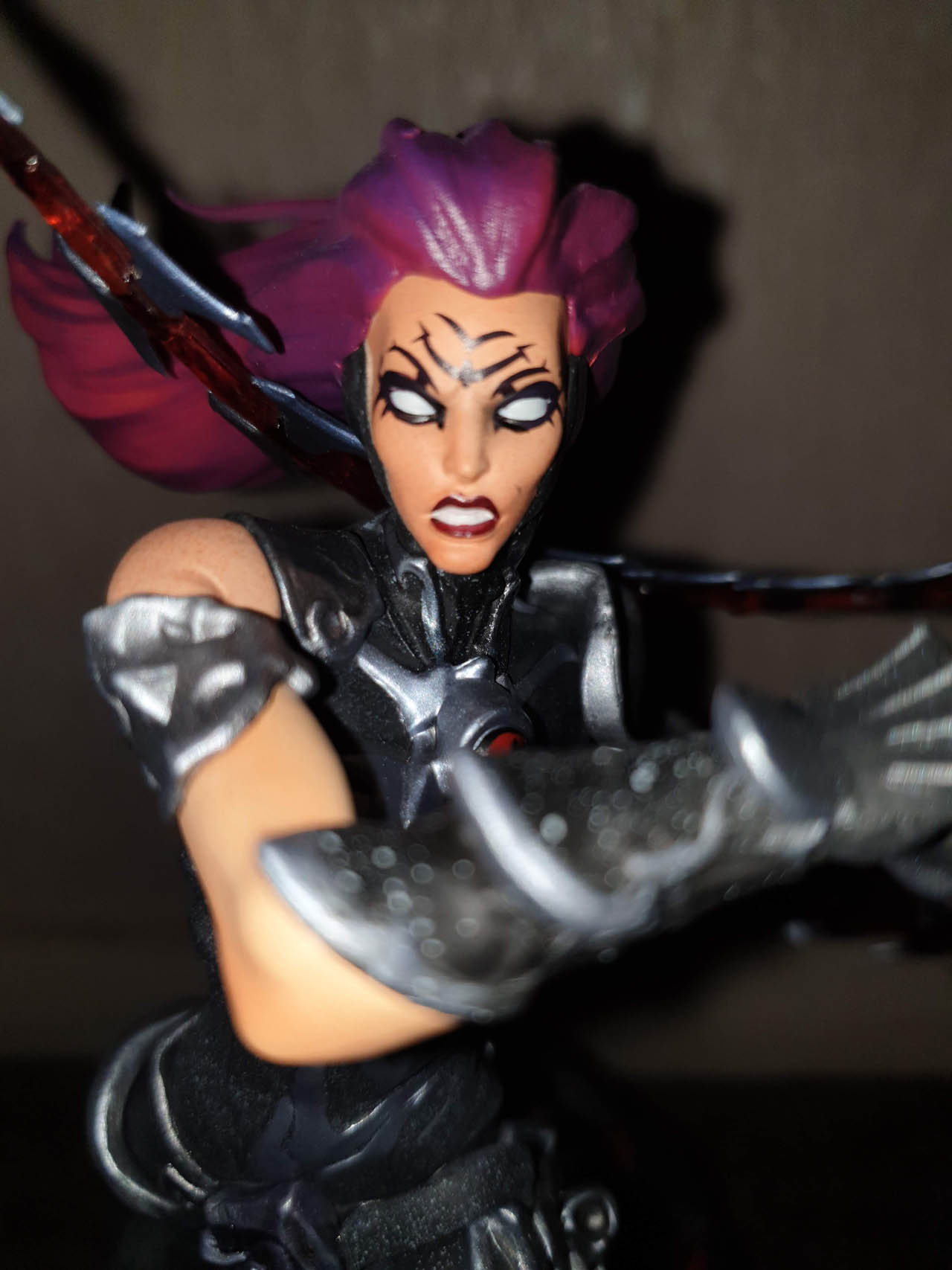 Surrounded by fire, her base-stand is smouldering in detail as he leaves a scorching path behind her.

Each figurine encapsulates their characters, their personalities and foreboding nature. All are pegged to their bases and can be removed easily. With the exception of Vulgrim War, Death and Fury’s weapons are also removable and each when boxed has a resounding collectible flavour.

Made from a hard resin means that they are unlikely to chip or crack and have been built with a lasting construction that would endure the end of times. 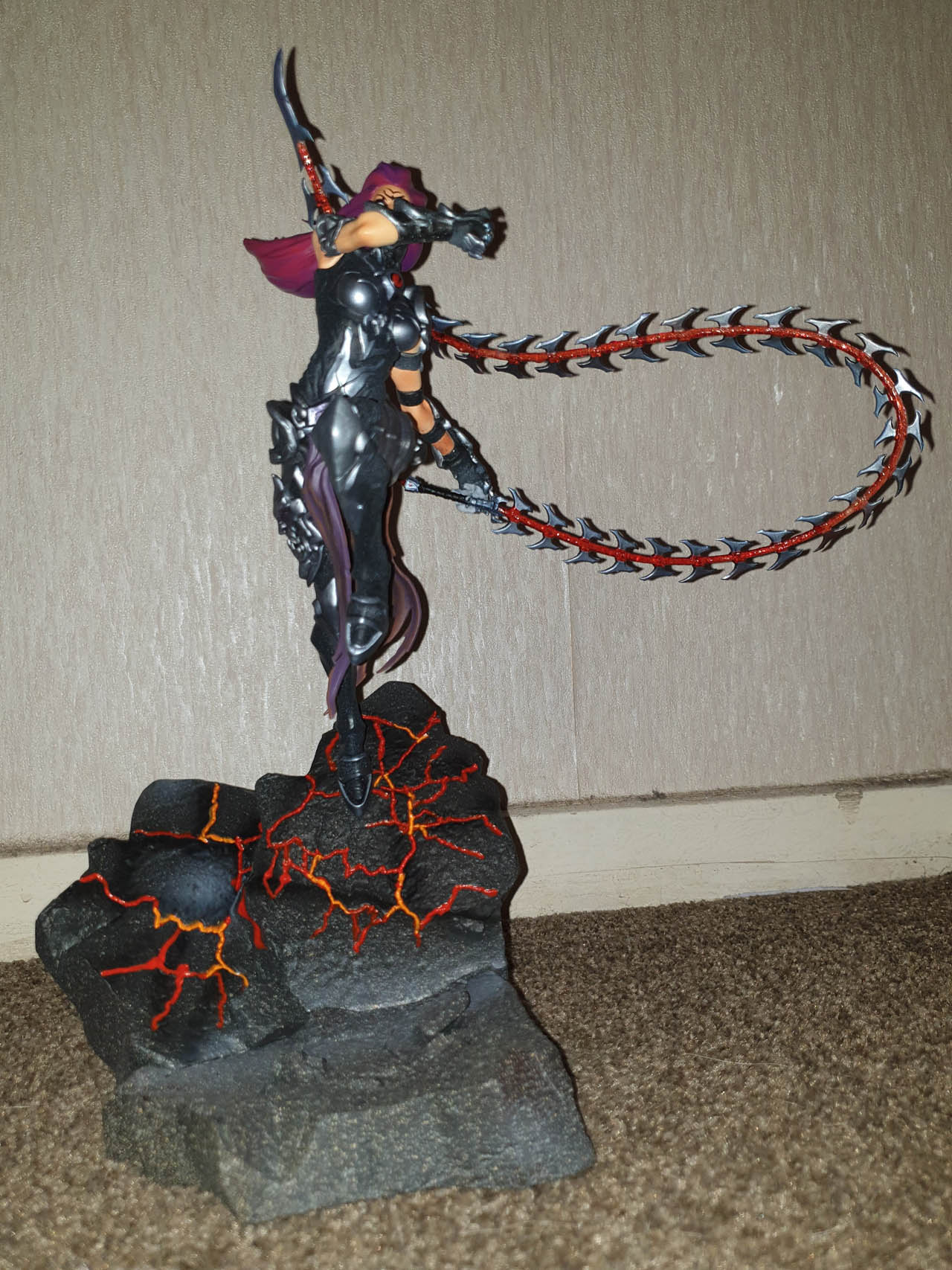 While the Darksiders games within their own right are spectacular, these limited edition figurines, only available with the Apocalypse Edition of Darksiders III is every reason to join into the series.

Collectibles, with a dark nature which will make anyone envious, including those that have never picked up a Darksiders video game before.