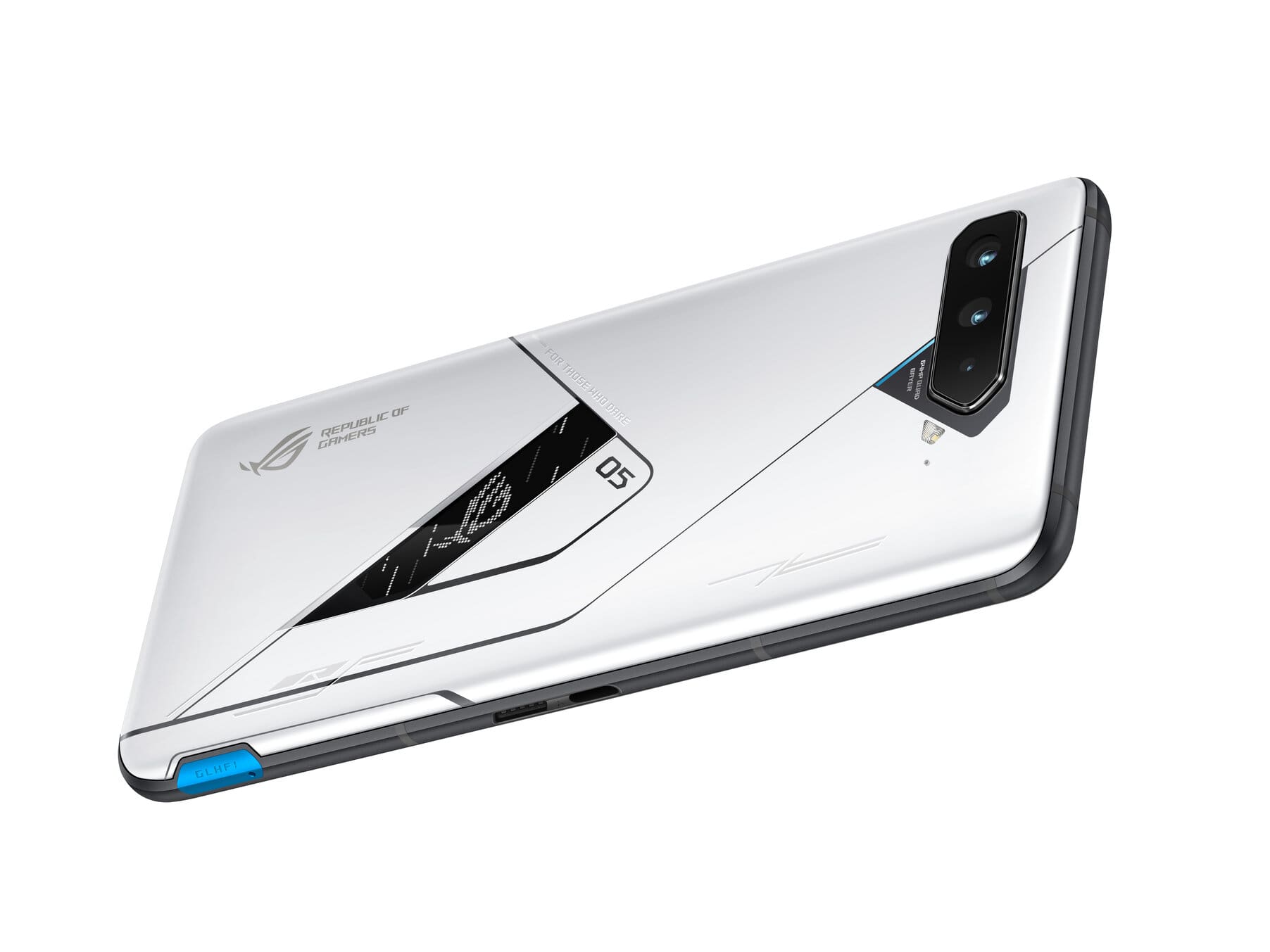 ASUS Republic of Gamers (ROG) has announced the ROG Phone 5, ROG Phone 5 Pro and ROG Phone 5 Ultimate, the latest and most powerful incarnation of the world’s most advanced gaming smartphone.

Gamers can play longer with the ROG Phone 5 series thanks to the monster 6000 mAh battery, and the phones also come with a 65-watt HyperCharge adapter that tops up the battery in the shortest possible time.

There are also massive enhancements to the pioneering and still-unrivaled AirTrigger 5 control system, and the powerful GameFX audio system has also been overhauled to deliver even more immersive sound.

Snapdragon Elite Gaming allows gamers to take advantage of ultra-smooth gameplay at the highest possible HDR quality levels, with desktop-level capabilities. It also debuts Qualcomm Game Quick Touch, so players can experience up to a 20% increase in touch responsiveness and lower latency. With up to a stunning 35% increase in GPU performance and 25% in CPU performance, even the most demanding 3D mobile games run smoothly with maxed-out settings.

To enable maximum sustained performance, the GameCool 5 cooling system in the ROG Phone 5 series now has an optimum thermal structure featuring a centered CPU with the battery split into two parts, one located on each side of the CPU.

This ensures that the heat generated by the CPU is transferred to all the edges and corners of the chassis simultaneously for higher thermal efficiency. The reshaped 3D vapour chamber and extensive graphite sheets also help to spread the heat evenly across the device to reduce temperature build-up in the middle.

The completely revamped AeroActive Cooler 5 now intakes and expels an incredible amount of air directly onto the center of the phone – right where the CPU is – to deliver an amazing 10°C drop in the CPU temperature. 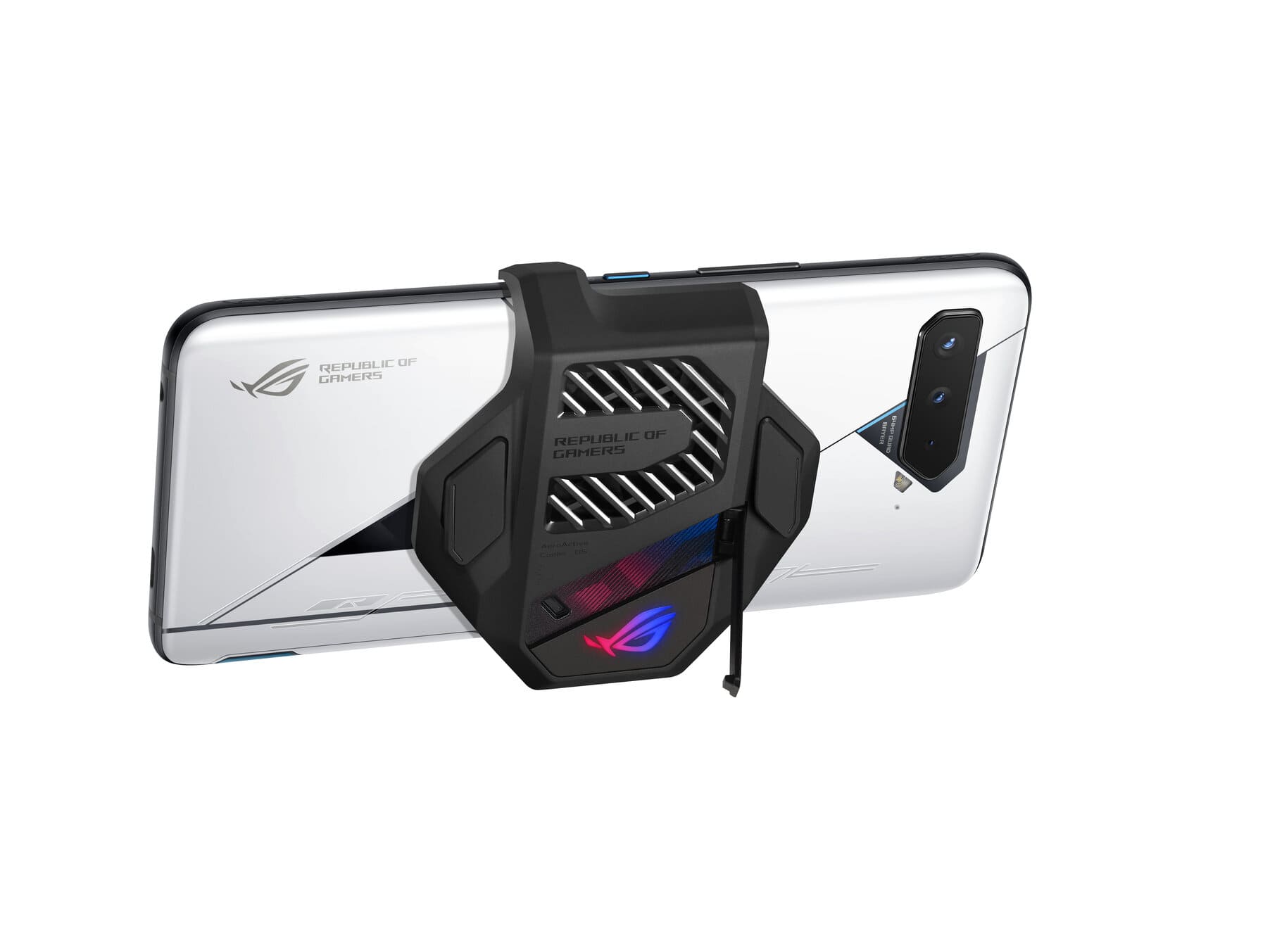 The all-new performance manager in Armoury Crate now includes X Mode, with multiple system profiles to give gamers even more performance settings and performance tuning tools, so they can instantly adapt the phone to the task at hand.

Additionally, ROG Phone 5 Ultimate is the world’s first smartphone to use 18GB of LPDDR5 RAM, which dramatically increases the overall gaming performance and takes the user experience to the next level.

Cutting-edge displays have been a signature ROG Phone feature since its inception, and the ROG Phone 5 series continues this tradition.

The ROG Phone 5 series is built to endure and built to win.

To extend both screen-on time and the lifespan of the monster 6000 mAh battery, ROG Phone 5 series is optimised using new software optimisations and power-saving mechanisms, including a charging upper limit, steady charging, and enhanced scheduled charging.

There are also passive power-saving mechanisms to limit inactive apps and deliver up to 67% more power savings. The ROG Phone 5 series always optimises itself for the best power efficiency, however it’s being used.

Rapid charging is assured by the bundled 65-watt HyperCharge adapter, which gets gamers up and running again in the fastest possible time. 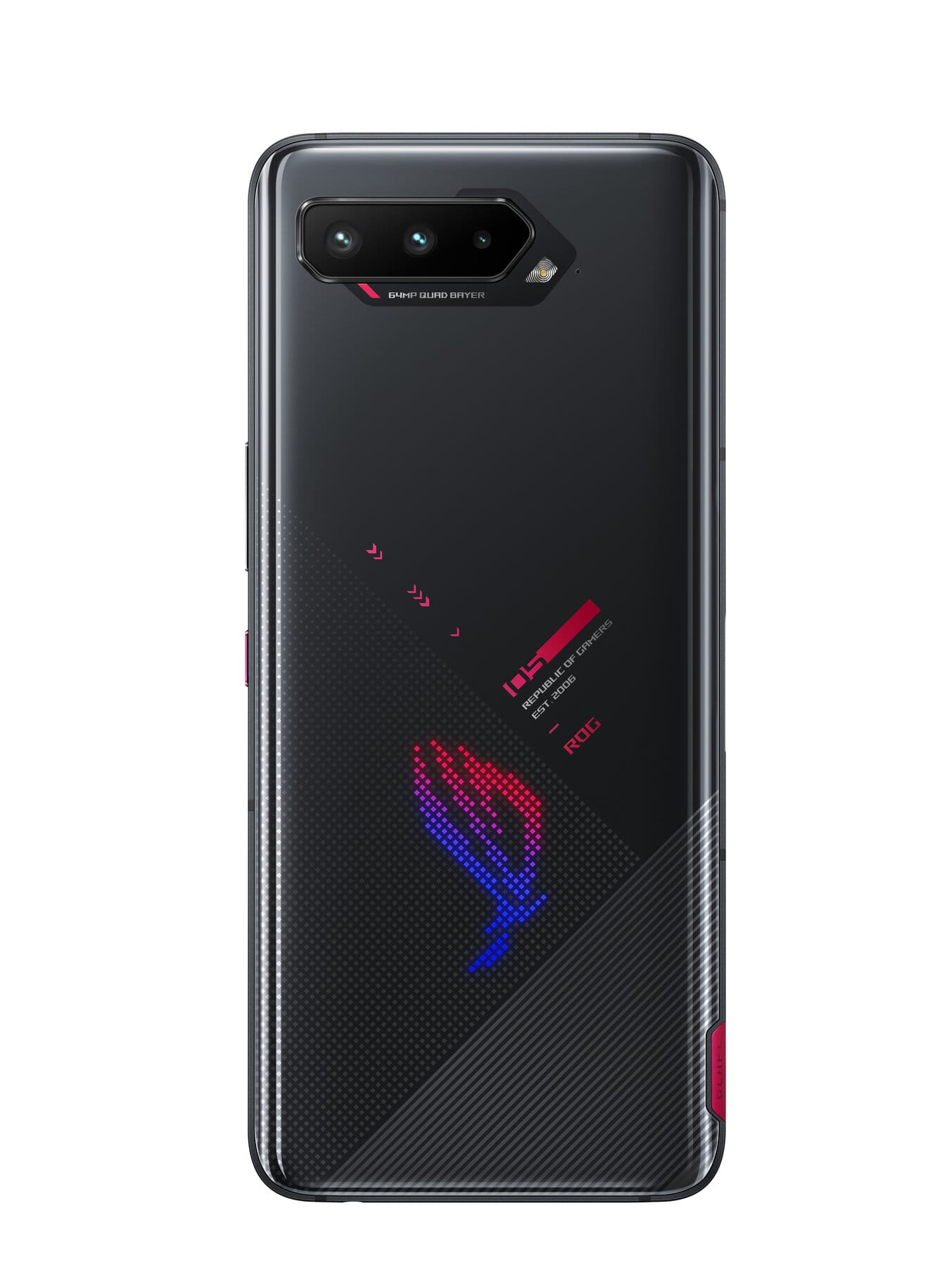 ROG Vision can display a variety of animations that show whether the phone is charging, if there’s an incoming call, whether X Mode is enabled and more. Owners can even create custom animations to make their phone even more personal.

Built for gamers – total control is the name of the game for the ROG Phone 5 series, and the massively upgraded AirTrigger 5 control system now gives gamers up to four distinct ways to interact with their ROG Phone 5, delivering an unrivaled level of game control. The AeroActive Cooler 5 now also features two extra physical buttons to allow a genuine console-like gaming experience.

The ROG Phone 5 series supports an unprecedented total of 10 different motion controls, so gamers can easily pick the moves to fit their game. In a racing game, for example, they can swivel the phone to steer or pull it towards them to brake.

Game control has never been so easy.

ROG Phone 5 Pro and ROG Phone 5 Ultimate additionally feature innovative hidden rear touch sensors on the back cover, which provide L2 / R2 trigger functions, just like a game console controller. These also work together with the ultrasonic sensors, the AeroActive Cooler 5 buttons and the motion controls to provide full control for a total gaming experience.

Optimised in collaboration with audio specialist Dirac, the projected sound quality will grab the user’s aural senses and take them to a different world. There’s also a 3.5 mm headphone jack, and a hi-fi-grade ESS DAC for lossless audio processing. The AudioWizard audio-tuning app has also been completely revamped to optimise sound for different audio styles, including Game, Cinema, and Music settings.

GameFX audio on ROG Phone 5 series delivers the crystal-clear in-game sound effects and powerful aural soundscapes that gamers never dared to hope for in a phone.

For the ROG Phone 5 series, we’ve teamed up with some of the most popular game titles to give owners a series of different theme packs for customising their device with their favourite characters and screens. Gamers can also share, discuss, and interact via ROG Connect, an online community that’s built into the ROG Phone 5 series.

ASUS ROG Phone 5 series will be available from April 2021.