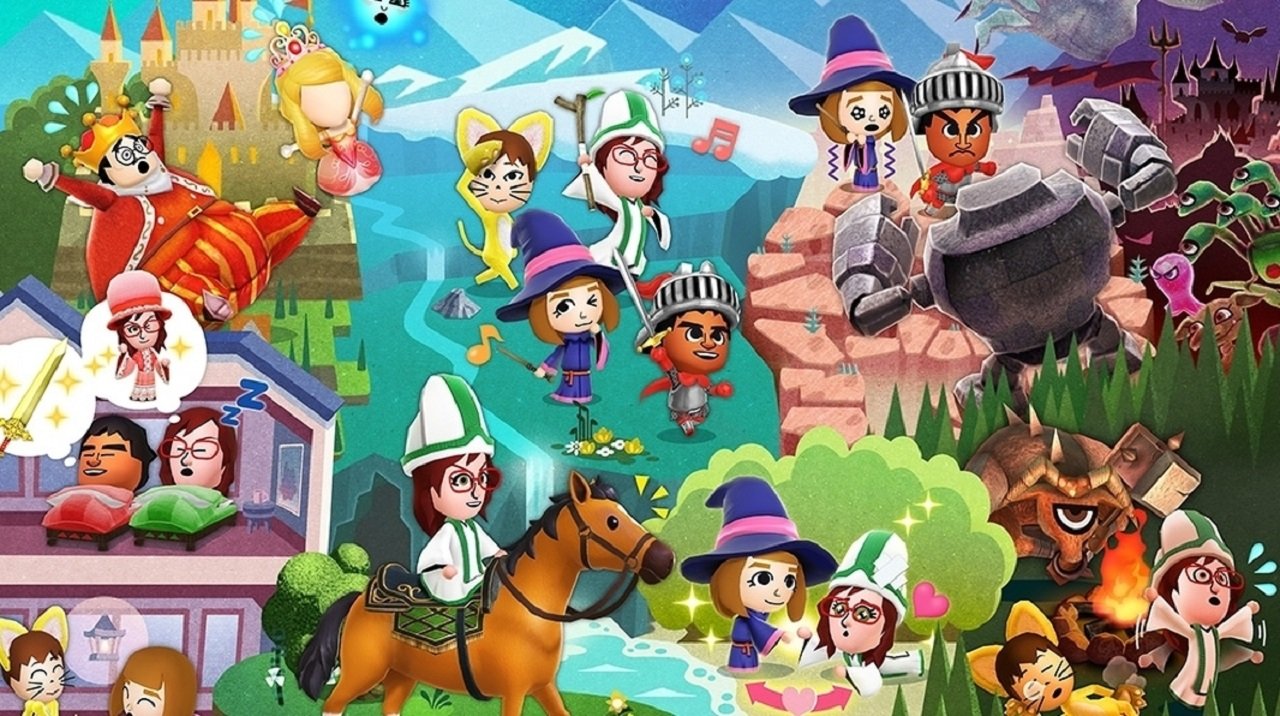 The original Miitopia was released in the dying days of the 3DS amidst the unexpected explosion of interest in Nintendo’s then-new console, the Nintendo Switch.

It was among a number of swansong titles for the venerable handheld, including Metroid: Samus Returns, Ever Oasis and a number of ports such as Captain Toad: Treasure Tracker.

Making use of the 3DS’ strong Mii capabilities and system integrations, the game was an offbeat role-playing adventure that wasn’t able to get its time in the sun, living in the shadow of The Legend of Zelda: Breath of the Wild and other massive new Switch titles.

But now Nintendo has brought over Miitopia from it’s relegation to the 3DS to the Switch – right in time for a relative paucity of big titles from the developer and publisher. 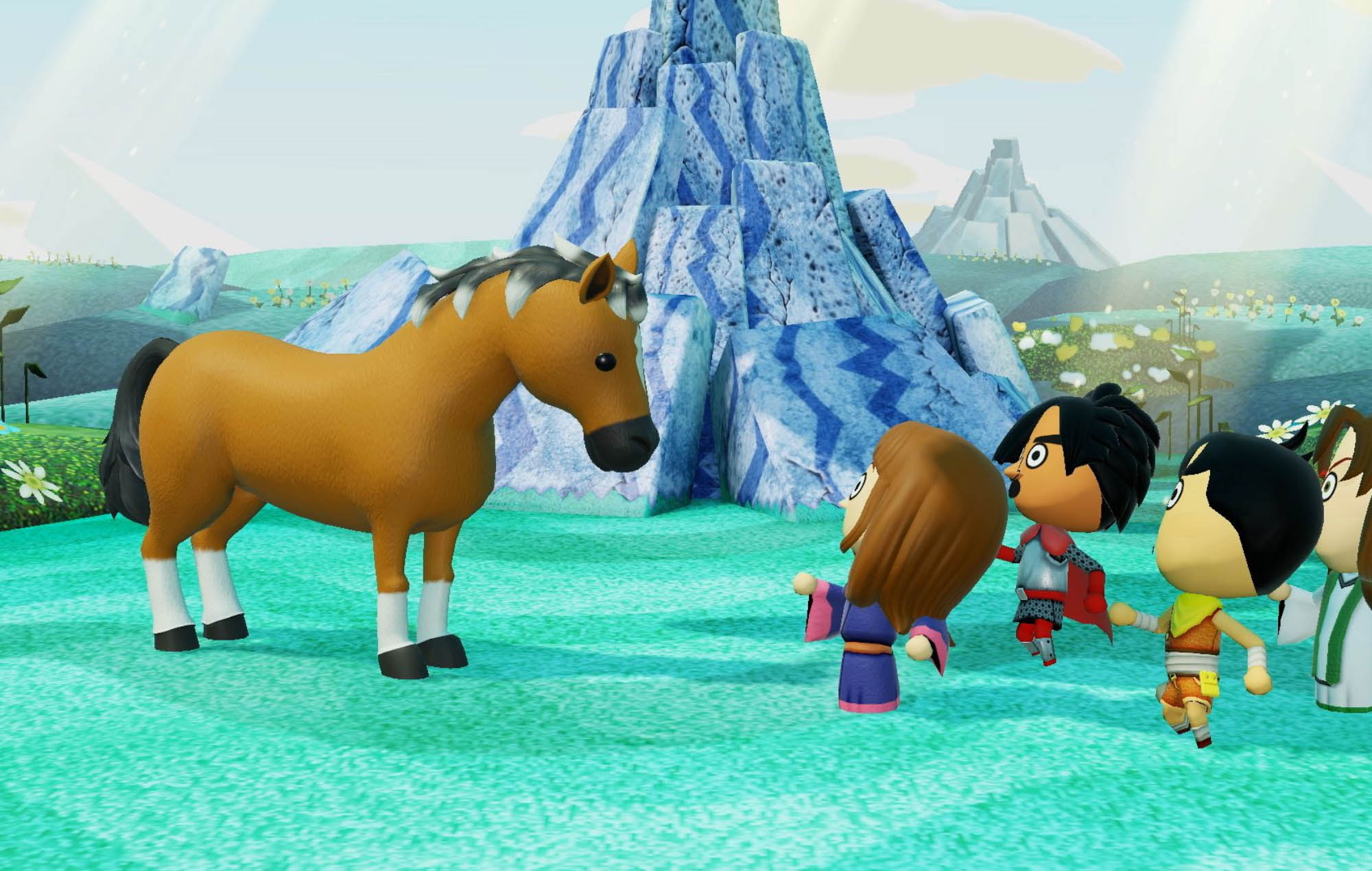 At its core, Miitopia is a fairly simple, turn-based RPG that will appeal to, at a guess, children and those looking for a no-nonsense entry into the genre. It starts off basic enough, with a big bad taking away everyone’s faces to use for his global takeover.

You, somehow, are spared this fate and must team up with a small band of adventurers to take him on. So far, so standard. But the twist comes with the ever-present use of Mii designs for everybody in the game.

From the big bad antagonist, to your hero, to each of your party members, each of them can be given unique faces.

This is where the heritage of the game starts to show itself.

On the 3DS, for those who haven’t used one, Miis were a massive part of the experience.

Walk by someone else with a sleeping 3DS on the train, bus stop or at a convention and their Mii would visit yours.

You could save them and add them to your Mii plaza, amongst other uses. There were even special giveaways where you could get Nintendo executives as rare Miis. As a result, most 3DS users had large numbers of Miis on their consoles.

The Wii U too, with it’s WaraWara Plaza spent more of it’s time focusing on these avatars. 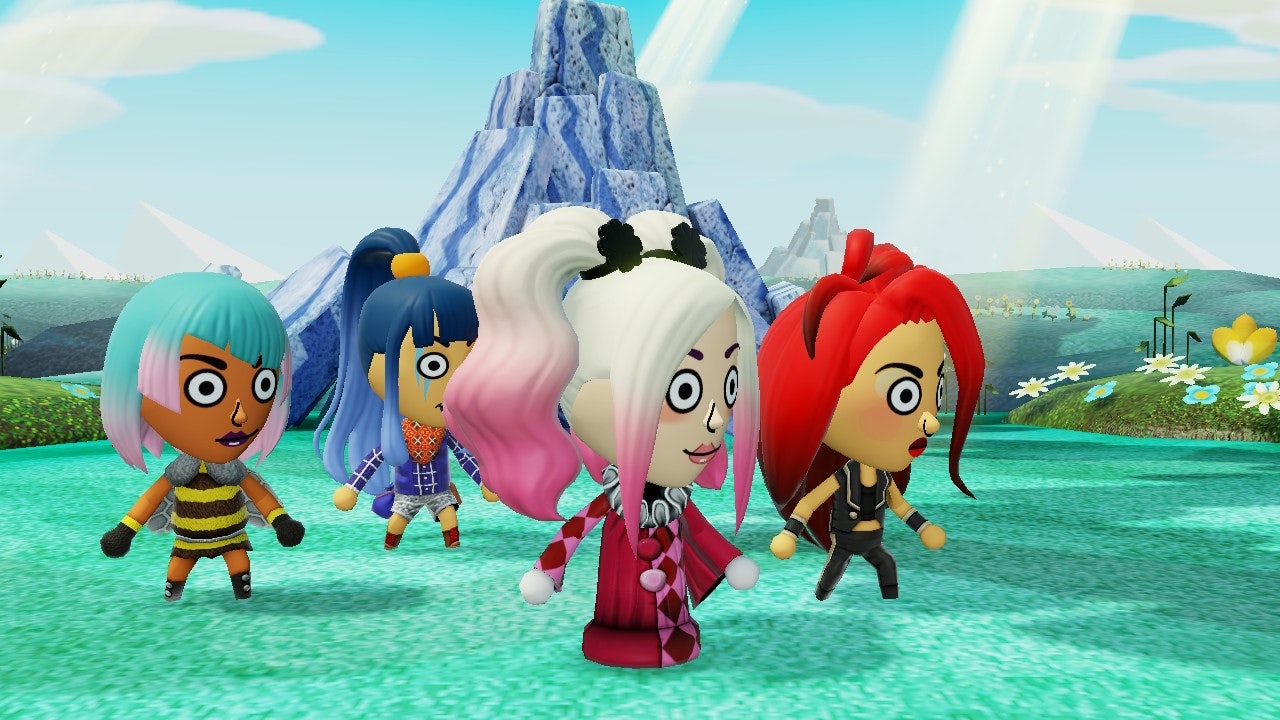 But on the Switch, while Miis technically exist, they play an extremely small role for most Switch users.

I myself only had two – one for me and one for my wife. This meant that for much of my time with Miitopia, I was designing random faces or, somewhat more humorously, scanning various amiibos to be my in-game companions.

This all came to a head when I came face to face with some of the game’s other unique mechanics, leaving Yoshi to fall in love with Isabelle from Animal Crossing. If you haven’t already transferred your 3DS Miis to your Switch, I highly encourage you to do this beforehand.

That, or spend some time creating some faces before the game makes you decide in situ. 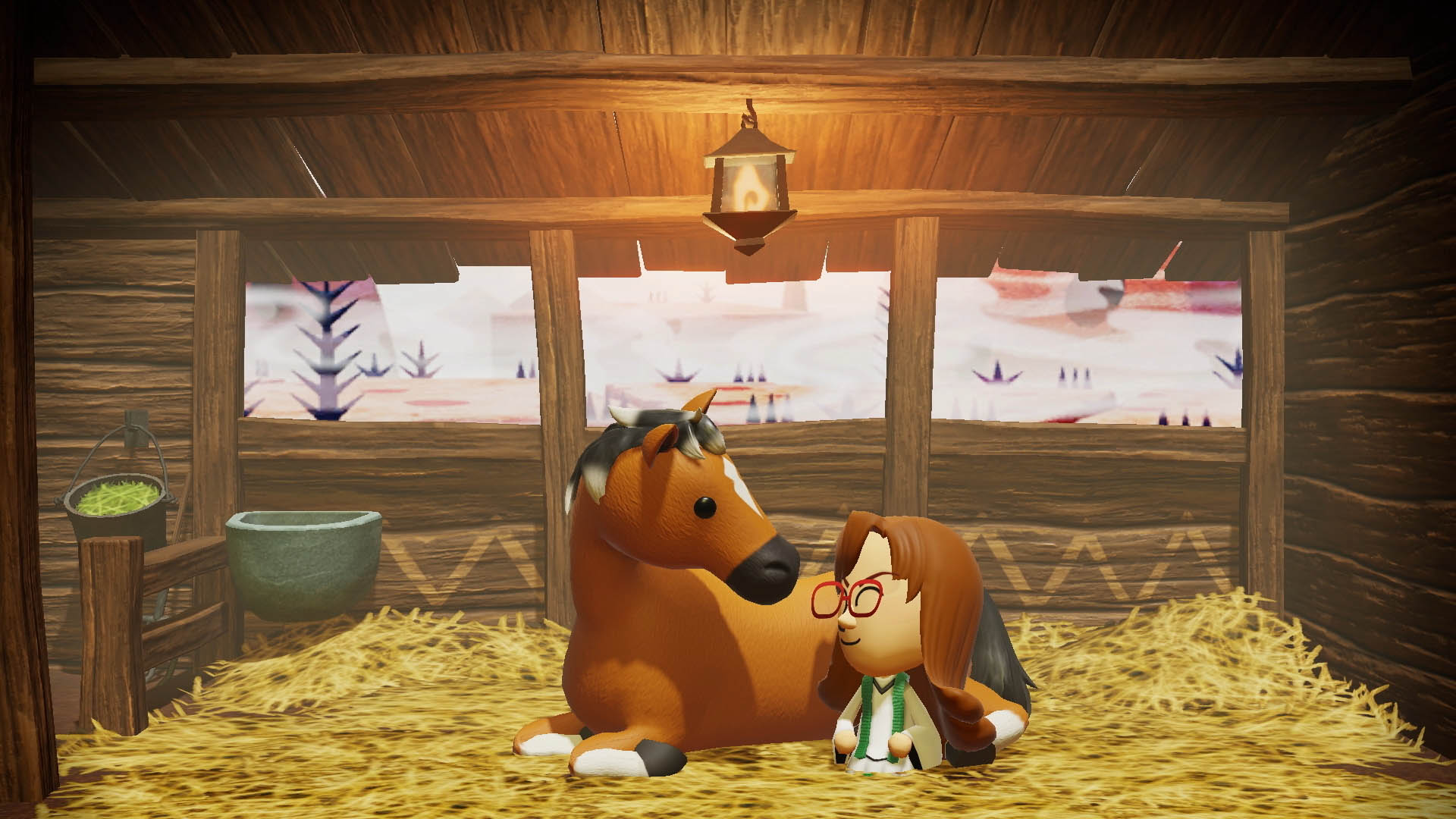 See, you don’t actually directly control much of what happens on screen in Miitopia.

Instead, you are setting up characters with partners, weapons, equipment and experiences to help them perform better in combat, when it happens. And while you do control your own hero character, you can even set combat to play out entirely automatically, leaving the game to become entirely about preparation.

And combat encounters do make up the bulk of the time with the game.

The main loop of Miitopia is to set your characters on a journey from a world map a la Super Mario Bros. 3. The game plays out along that journey, with your characters talking to each other, finding items, or coming across enemy groups.

Once you reach the end of your trip, you rest up at an inn. This part of the game is surprisingly fleshed out. You can decide which members of your party bunks with who, setting up fledgling romances.

What you feed your Miis also affects how they level up and perform, with characters liking particular foods and hating others. You can also go on excursions with special tickets too.

The whole system is unexpectedly strategic, and keeps you thinking about what might happen and how to be best prepared for it.

That said, it is not necessarily deep and the full length of the game does seem a bit much for the limited complexity it offers. 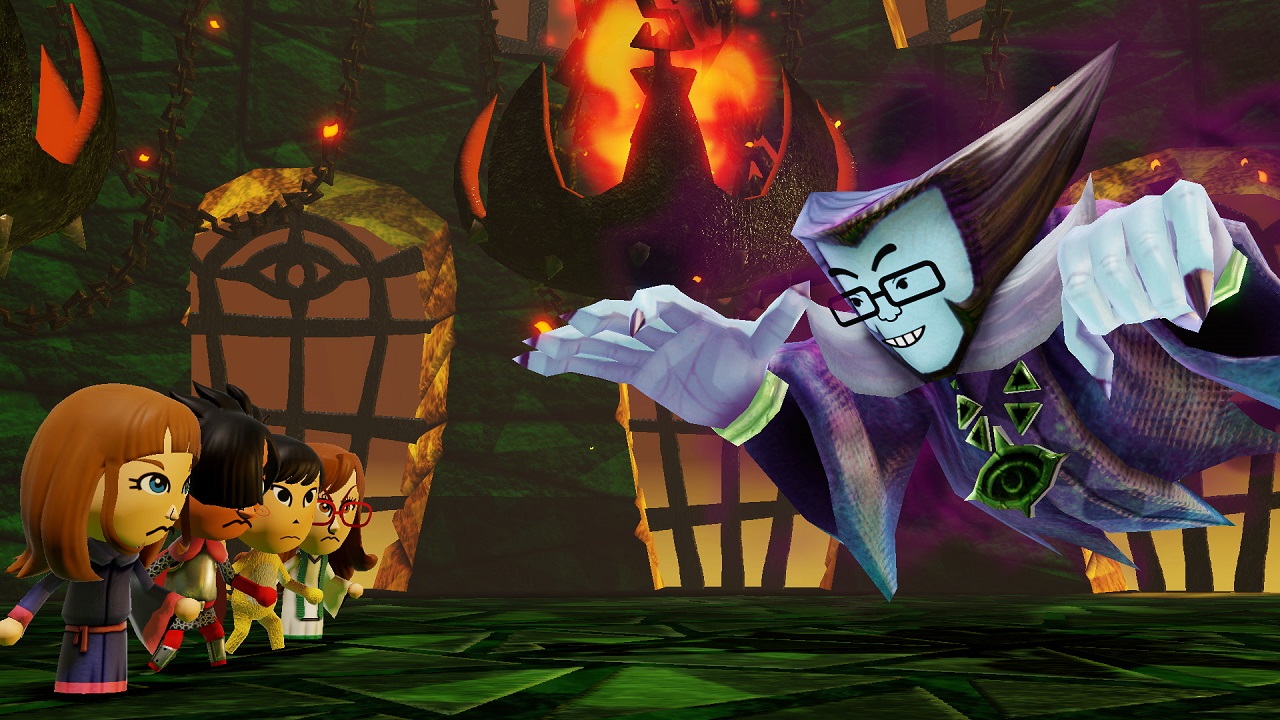 The upgraded visuals do look nice, however, and point out how low-resolution the 3DS was, even in its heyday. While the complexities of Mii faces are necessarily limited, the world’s upgraded aesthetic makes it much nicer than the previous release. That said, there aren’t many additions to the Switch version of the game.

Notice that the title has remained the same – this is not a ‘Deluxe’ edition like other Wii U titles Donkey Kong: Tropical Freeze, Mario Kart 8 or New Super Mario Bros U.

Instead it is much more of a direct conversion, though there are smaller updates, like an expanded Mii character creator, including new wig/hairdo options and the excursions I mentioned previously.

A solid update to a largely-overlooked 3DS game, I am happy to see Miitopia get another chance in the sunlight. It was a somewhat wacky attempt at an RPG and emblematic of what could be done on a relatively lower budget. Since the Switch has released we haven’t seen as many of these types of titles from Nintendo, and I hope that Miitopia wasn’t the last of its breed. 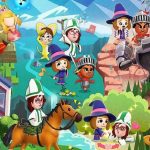