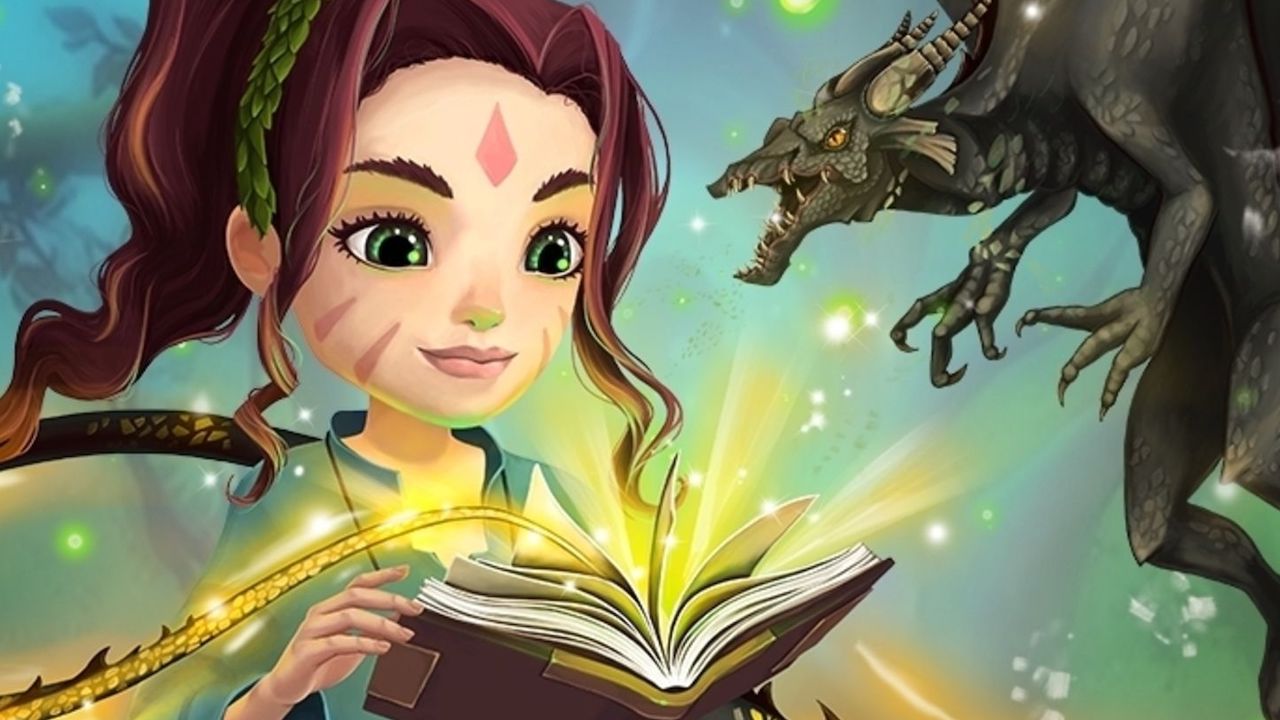 There are times when I read, watch, or play something that I adore but I know I am totally missing heaps.

Lost Words: Beyond the Page is one of these games that assaults your mind and heart with many of the different feels.

Lost Words: Beyond the Page is a beautifully crafted game. The game is narrated by a girl Izzy who is dealing with her Gran being hospitalised and the after stages of that through her diary and a fantasy story she is writing. 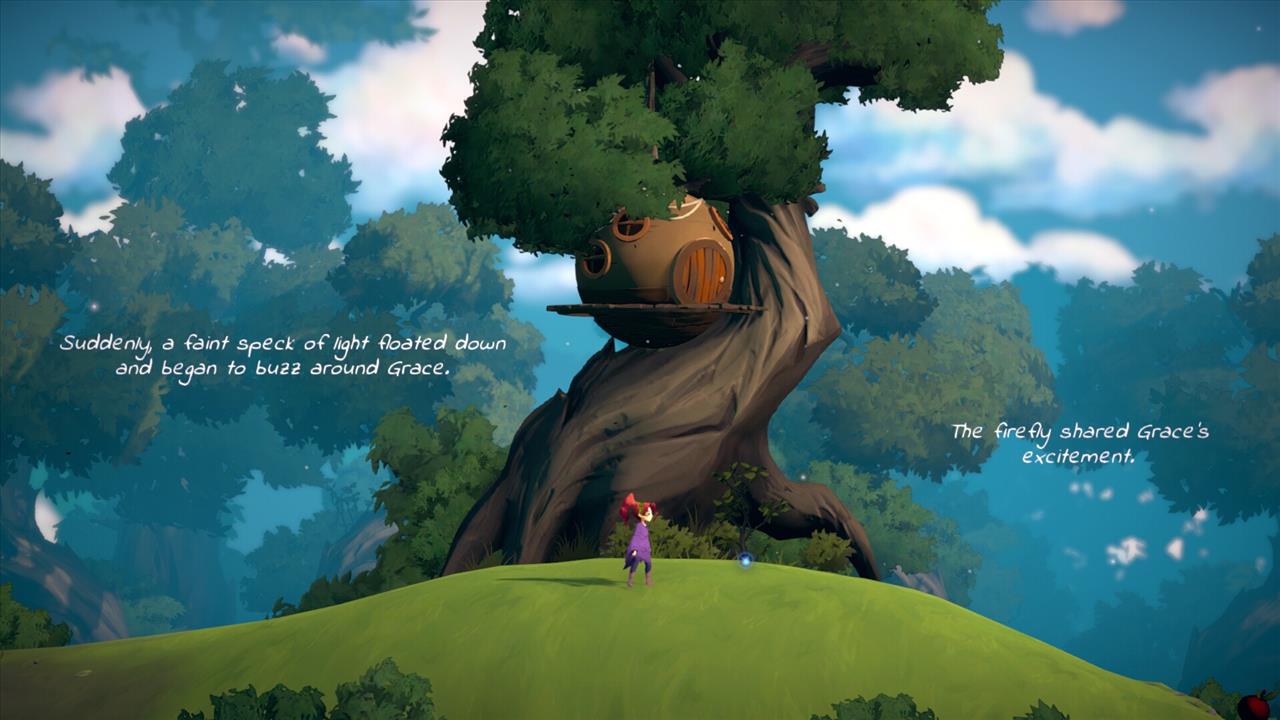 This means the gameplay is split into distinct phases. One is the intermittent scenes where her diary pages are being filled with her thoughts which you navigate by platforming on said words.

The other phases have you playing as the character in the fantasy world she has created. This gives the game a nice feeling as the switch between game styles makes it  constantly feel fresh.

The stages where you are platforming through the diary you are presented with some simple puzzles that involve moving words around which may be as simple as a word to jump on, or the word may have an effect on different parts of the page. The relative simplicity of this is important because this is where the literal events are taking place, so the game needs to keep its pace up while keeping you engaged. 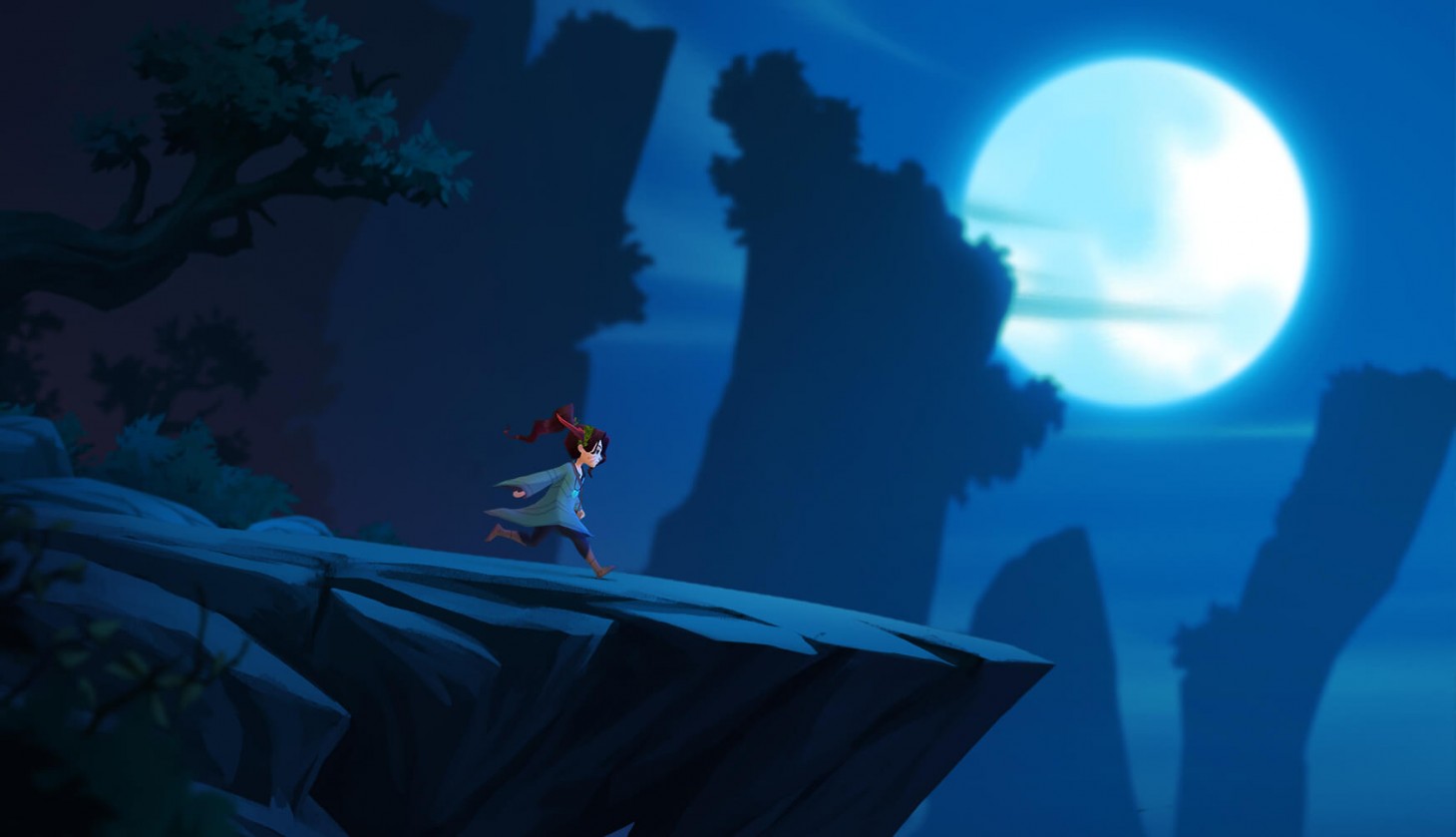 The stages in the fantasy world are beautifully built. The platforming itself is relatively simple and the puzzles are never overly difficult. The character has the agility to use some powers which are used by grabbing specific words from a mini diary like hope which creates light.

It’s not overly complex, though there was the odd puzzle where I tried each of the words until it worked which wasn’t great. Still it is a clever way to tie the two different game phases together.

The story in this fantasy world has a young woman whose village is attacked by a dragon. She then ventures out to find the fireflies that got lost in the attack, and confront the dragon once and for all. 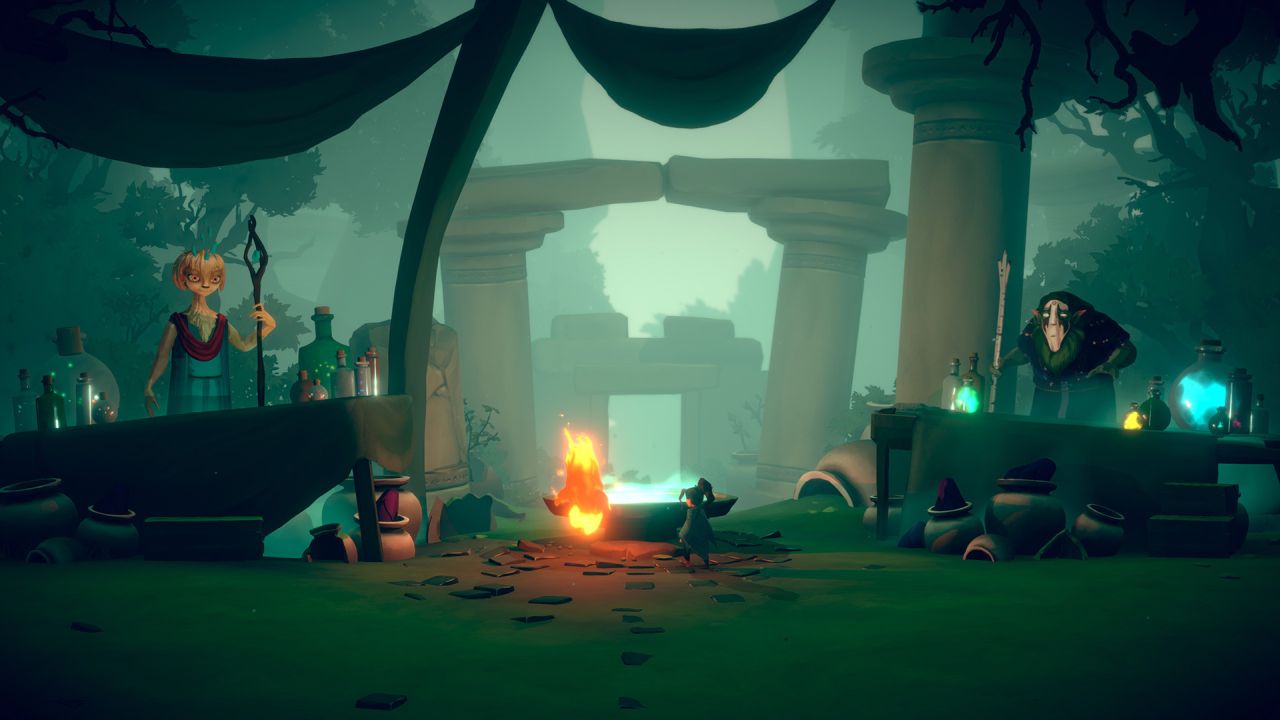 It’s a beautiful story as this optimistic heroine helps a few others on her journey and continues to make her world a better place. The challenges she faces correlates to the issues that Izzy is dealing with in the real world.

What Lost Words: Beyond the Page achieves is making a game that is fun enough to play, but extraordinary to experience. The story of grief and how Izzy is dealing with that, and the fantasy story she creates to cope with it is as on the nose as it is moving.

If you have feels it will hit you in the feels, if you don’t have feels, it’s a clever little platformer with a beautiful art style. 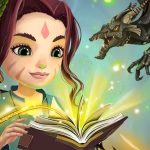