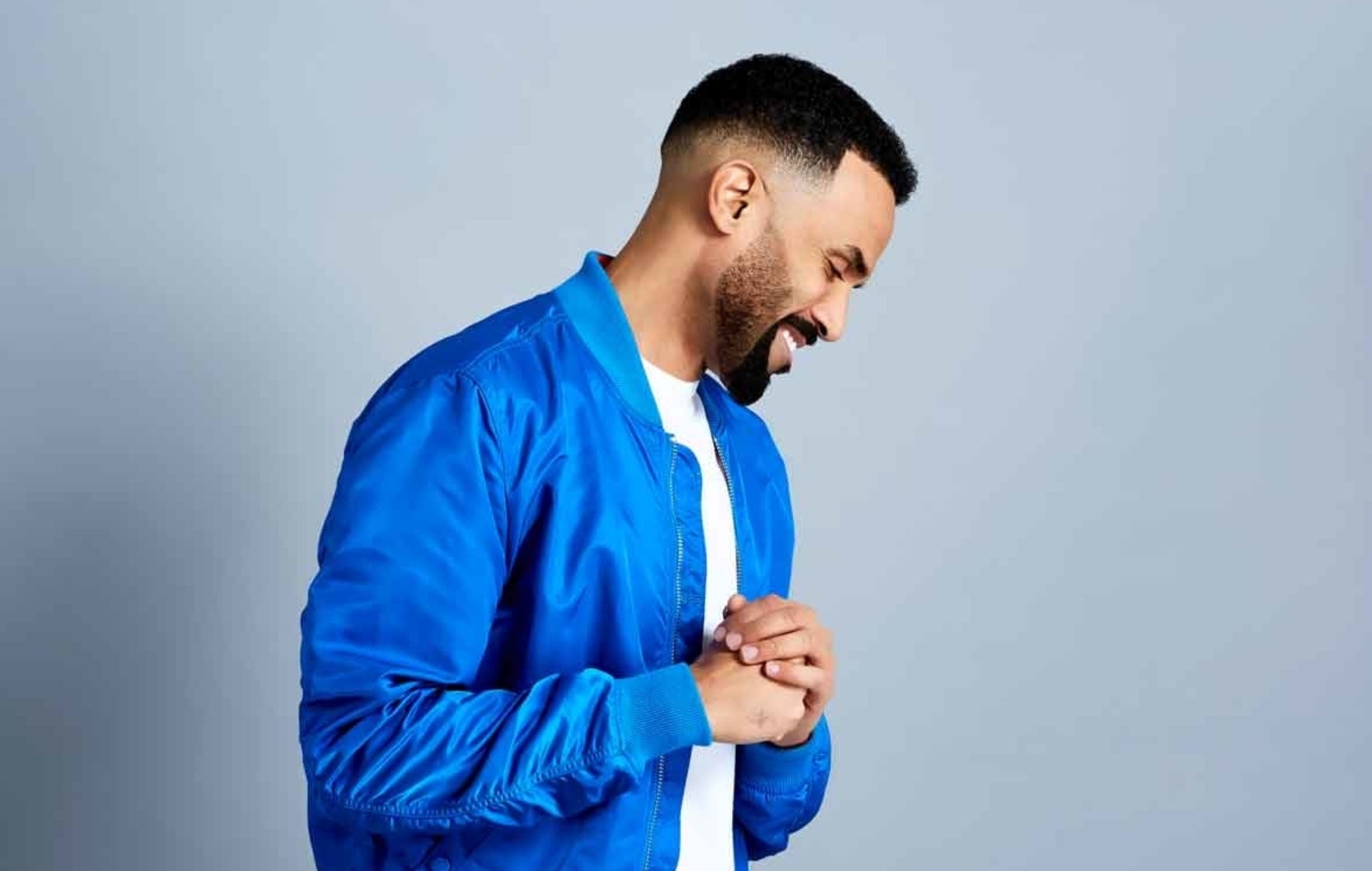 The incredible record produced with Mike Brainchild (Sinead Harnett, IAMDDB) shows Craig remaining at the helm of his own unique, authentic sound, which has made waves across the globe, making him the voice of one of the most pivotal eras in music, and in turn, making him one of the most successful artists in UK chart history.

The album features new single ‘Obvious’ featuring R&B artist Muni Long, alongside previously released singles ‘DNA’ with Galantis, ‘G Love’ with Nippa, ‘My Heart’s Been Waiting For You’ with Duvall, and ‘Who You Are’ with MNEK, alongside a plethora of unheard bangers. Craig will also publish his much-anticipated debut book ‘What’s Your Vibe?’ on October 6th, 2022.

The idea of putting a smile on people’s faces is at the heart of 22, Craig’s incredible eighth album whose title itself reflects a myriad of different themes, from spirituality to celebrating 22 years since his debut album. Craig says “There’s a spiritualism in the number 22 and what it represents. In numerology it’s a very powerful number and in terms of angel numbers it’s bringing balance and equilibrium to my life. We’re in a world where there’s a lot of me against you, and so it’s bridging the gap.” He continues “My debut album is probably the most clear expression of who I am because it was my first outing – it’s everything you are. So on this album there’s that energy mixed with the wisdom and experience I can bring to the world. I’ve not mastered anything yet, I’m a newcomer still.”

The desire to heal was also at the forefront of his mind when he started working on the album in the summer of 2020, as the world briefly emerged from lockdown. Craig says “I want to raise people’s vibrations. I want to give people a ‘musical healing’ without preaching or trying to tell people what to do.” 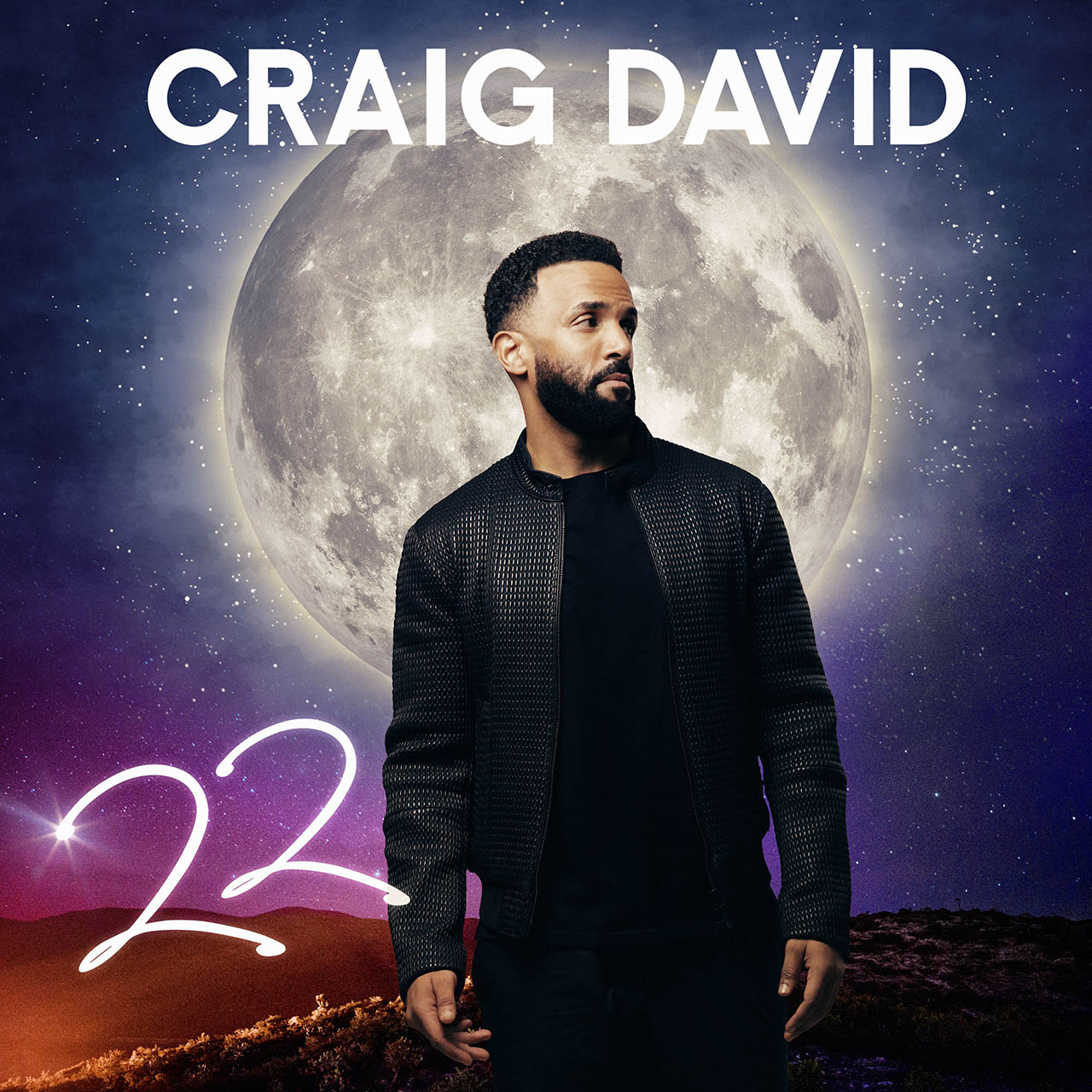 The groundwork had already been laid in his home studio, where he set up his gear in a way that recalled the early days when he was a teenager making music in his bedroom in his mum’s flat in Southampton. On creating the album over lockdown, he says “It was the time I had to just create. For someone who is creative, that’s the most freeing thing you can offer.” Eventually, as the world opened up, Craig would drive his car to the studio. “I got into my Mini and drove down the studio and again it reminded me of being this little kid in a Peugeot 206 going down to the Ocean Village in Southampton. But that journey everyday changed the game. I was seeing life happening around me and drawing inspiration. The first thing I’d do when I got into the studio was say to Mike ‘put the mic on, let’s go’.”

New track ‘Obvious’ showcases Craig’s ability to cross multiple genres whilst firmly pointing back to the smooth and sultry bops he has become synonymous for, and is another seamless collaboration, this time with Muni Long. On the single, Craig says  “Initially when I started to write it, it was a song of ‘we know that we’re right for each other but we’re trying to make each other jealous’. The beauty of it is when Muni wrote her verse, she showed me what the song really was – she spoke her truth and was like ‘I’m an empowered woman, we’re not getting back together, the vibe I see from this is let’s be honest’ – it’s more obvious that this isn’t right, and that’s the beauty of a collaboration like this, being able to write lyrics from both perspectives.”

Across his 22 year career, Craig has collaborated with everyone from Sting to Kano to Diplo to KSI, while also becoming one of the biggest DJs in Ibiza via his TS5 soundsystem. Award-wise Craig has received 14 Brit Award nominations, two Grammy nominations, four MOBO awards, three Ivor Novellos honouring his songwriting, and most recently an MBE for his services to music.

Since he first emerged at the end of 1999 with instant UK garage classic ‘Re-Rewind’, Craig has scored 25 UK top 40 singles (16 of them top 10), nine UK top 40 albums (five of them top 10) and amassed over 5 billion streams worldwide. In fact, over 1.5 billion of those came via his most recent releases, 2016’s chart-topping comeback album, ‘Following My Intuition’, and 2018’s career consolidating ‘The Time Is Now’.

As one of the most loved artists, Craig has continually soundtracked the charts all whilst crossing multiple genres, his now iconic first record ‘Born To Do It’ made a huge impact and brought garage from the underground and to the forefront of the mainstream.

In addition to this, Craig has one of Ibiza’s most successful and long standing residencies playing Ibiza Rocks for 5 seasons. 2022 is no exception, finishing his ‘Hold That Thought’ UK tour, Craig returned to Ibiza Rocks this summer.