With live music in lockdown and the return of tours still uncertain, rock group Queen has come up with a safe alternative – no masks, no social distancing, just the good old fashioned live experience, with ‘Queen: Rock Tour’, the band’s first ever official game for Android and iOS devices.

The arrival of the play-along rhythm game comes at a significant landmark for Queen. With 50 years now having passed since the 1971 recruiting of John Deacon, completing Queen’s classic line-up, 2021 marks a Queen Golden Jubilee that the band was hoping to celebrate with fans.

A massive 29-date European stadium and arena tour planned for this year has been forced to be delayed to 2022. 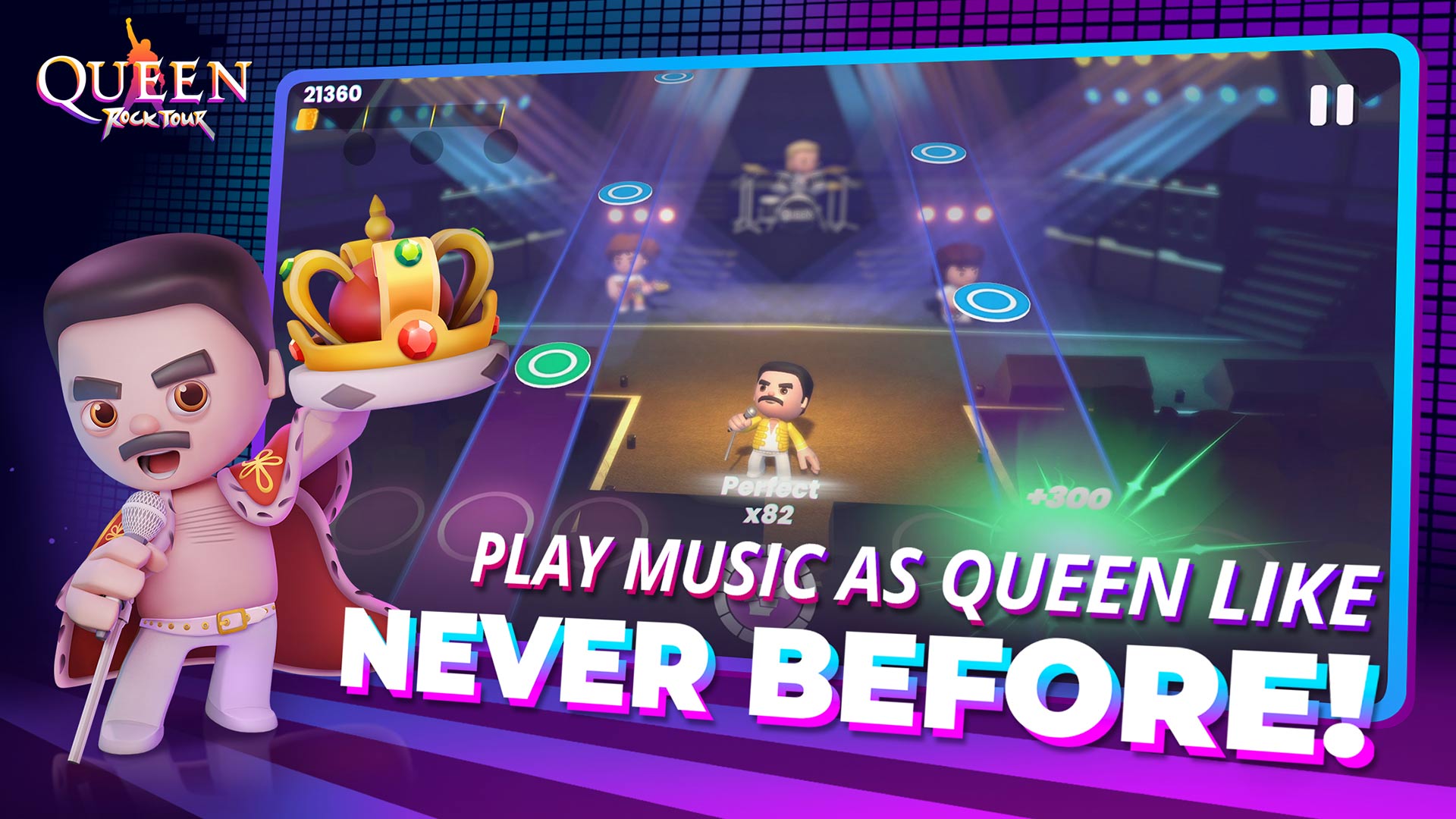 Queen: Rock Tour gives players a chance to experience the majesty and might of the Queen [live] experience on their phones supported by extensive attention to detail contributed by the official Queen archives and experts. Hit the stage and perform with the entire band as you unleash your music talents to play thrilling guitar riffs, heart-pounding drum solos and much more.

All you need to do is tap the tiles in time with the rhythm!

“Be a Lockdown Rock Star! No turning back!!!” enthused Queen’s Brian May on the game launch. 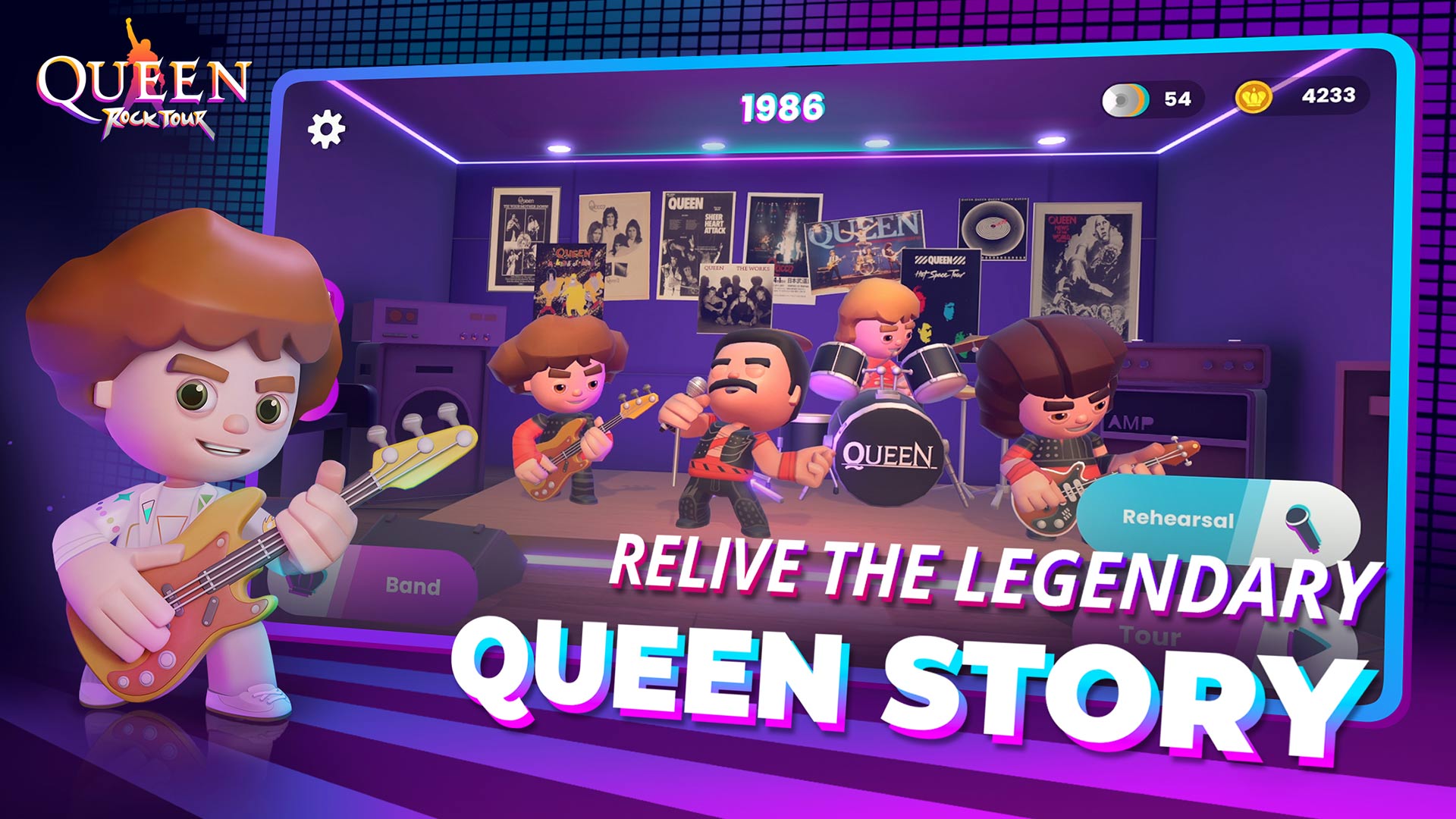 The game allows users to fully immerse themselves into the world of Queen – Progress and score points by playing along to 20 of their most popular hits including: Bohemian Rhapsody, We Will Rock You, Radio Ga Ga, I Want to Break Free and We Are The Champions, whilst performing at 10 historic concert venues from around the world.

Style your performances with over 40 official and iconic costumes from the band’s history and help unlock fun trivia facts and exclusive images from the official Queen archives, by scoring highly in the game.

Queen’s music has been featured in major mobile music games before, but for the first time ever the band will be releasing their own dedicated mobile experience in Queen: Rock Tour.

Queen remain one of the most popular groups in the world today, transcending multiple generations of fans, a position further buoyed by the phenomenal global success of their Academy Award-winning 2018 biographical film Bohemian Rhapsody, which tells the incredible story of the band’s historic career and quickly became the highest grossing music biopic in history.

The film’s title was inspired by their iconic 1975 single “Bohemian Rhapsody,” the world’s most-streamed song from the 20th Century and the first pre-1980’s song to achieve more than 1 billion video views.

Queen: Rock Tour was created in association with Universal Music Group, Hollywood Records and developed by Gameloft for brands, leader in the creation of gaming experiences for brands. 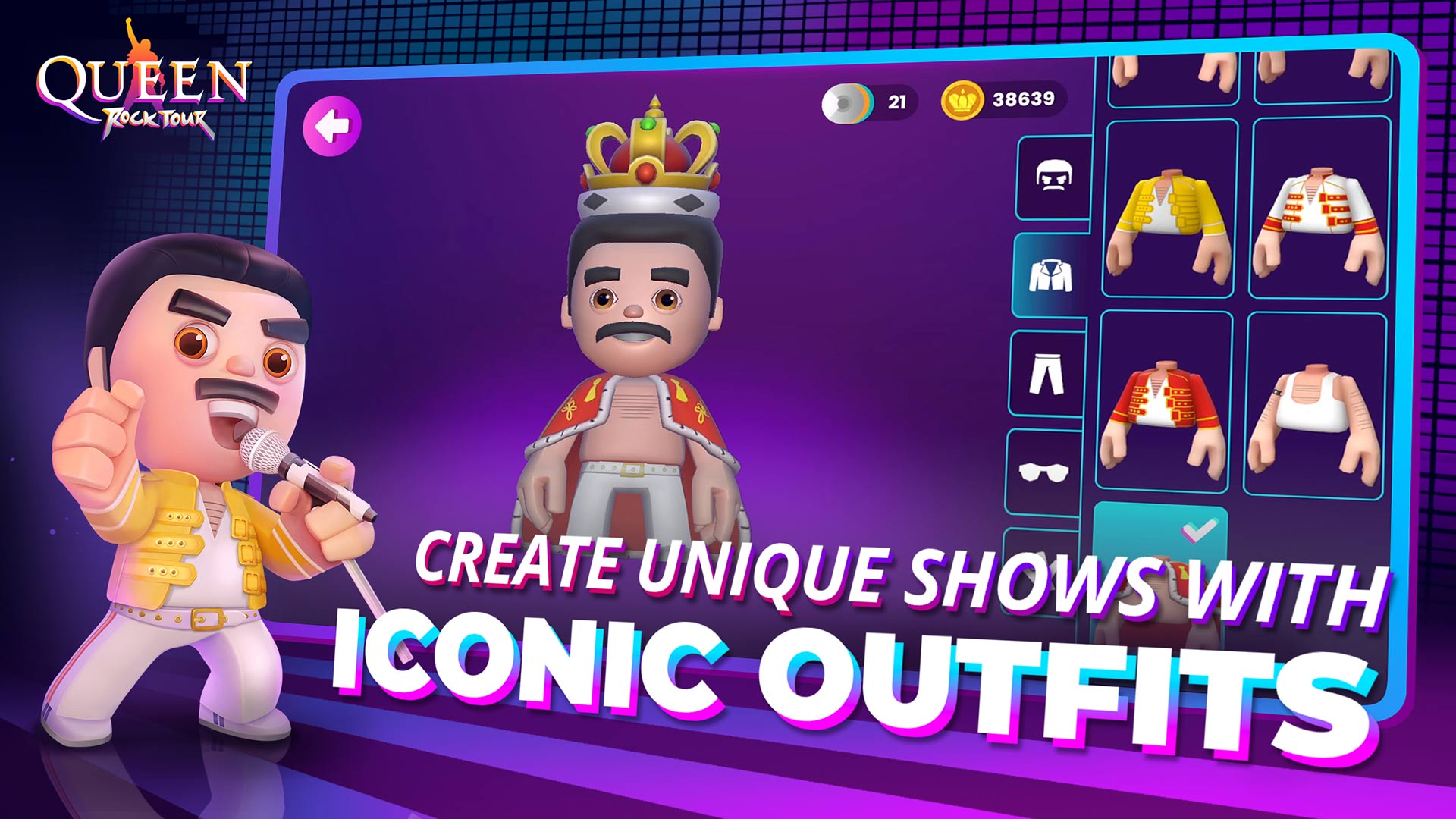 Cedric Ratajczak, Creative Director at Gameloft for brands said, “Our ambition was to push the boundaries of music and gaming with a fun and rewarding experience that would put players in Queen shoes at pivotal points in their career and make them perform in real-time Queen’s live music unlike ever before.

The creative challenge was to modernize the traditional rhythm-game genre with innovative and mobile-friendly twists inheriting from hyper-casual gaming, and with a unique and happy visual style that offers a timeless look to the band, appealing to the new generation of players.

We devoted enormous attention to the details of Queen’s history, authenticity and artistry to craft a fitting tribute to one of the most significant bands in rock history and aim at setting new standards for how band-focused music games could be executed on mobile today.”

Andrew Kronfeld, Executive Vice President, Marketing at Universal Music Group said, “Today, Queen are globally recognized as one of the most iconic and important bands in history. Decades after their first live shows together and following on from the huge worldwide box office success of the Bohemian Rhapsody biopic, their popularity continues to grow every year. We hope the launch of Rock Tour will introduce their inimitable rock legacy and catalogue to a new generation of fans, through this unique new gaming experience.”

Ken Bunt, President, Disney Music Group said, “We are excited to partner with Queen, UMG, and Gameloft to let Queen fans experience the bands legendary music in a new way.”

Rock Tour is certain to appeal to fans old and young alike and is sure to find a place in the hearts of the millions of Queen fans around the world.

Download from Apple App store here and for Android here.