When I first heard about The Fare, it was pitched as a feature length Twilight Zone episode.

This had me intrigued but cautious because The Twilight Zone has some outstanding episodes, and some average ones, but any of them stretched out to a full length could easily become too boring or finish of with an explanation that kills the mystery of the story. By the end of the 90ish minute I can honestly say, I am so glad I didn’t let my cautiousness stop me.

The Fare kicks off looking much like a Twilight Zone episode, black and white with Harris driving his cab to pick up a fare. He listens to the silliness on talkback radio before picking Penny up. They kick off some good banter as they head towards her destination which is in the direction of a lightning storm. Suddenly there is a flash and Penny has disappeared. Confused the driver calls his dispatch and after some confusion, he resets his meter to get back to work. He then turns on the radio and it is playing the same stuff as before as he picks up his fare, Penny.

They seem to be in a time loop when suddenly an accident occurs, and they touch hands. The movie flashes with some colour and Penny tells Harris to not forget her. The next phase kicks off about the same when then Harris starts to remember their trips and they realise they are stuck in a time loop where no matter what they do, she flashes away, starting all over again.

Now this is where it becomes hard to review a movie like this, because the movie starts off with a weird premise, and as the middle of the film goes on I was trying to figure it out, but the plot starts to fade out a little, what makes this part of the movie worthwhile as its ending. When the ending kicks in and Harris understands what is going on, it turns out my guesses weren’t even close. Then there is a phase of the movie at the end, which is heartfelt and sweet, but I can’t explain why this is good without spoiling the movie’s plot twist which is one of the best I have seen in a long, long time.

The acting throughout the film, which for a long time involves only two people is decent. It isn’t the best, but given the awesome plot and writing, it’s not something to be phased too much by. Its use of black and white shifting to darker colours help cement the phases the film goes through, making the whole experience something different to the other movies I have seen this year.

The Fare is exactly what you need in a strange mysterious movie, it never does anything like the scary moments of a Twilight Zone episode, instead opting for the weird and beautiful. The best thing is its payoff which I can’t touch on anymore than I have recently and I don’t even want to hint on what you should Google to be ready for its twist because that would immediately ruin its spoiler, but I was glad I had gone down a Wikipedia hole recently about the subject that it winds up being based on. 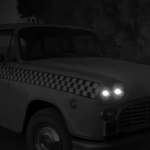 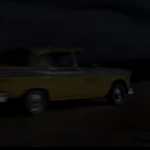 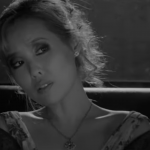