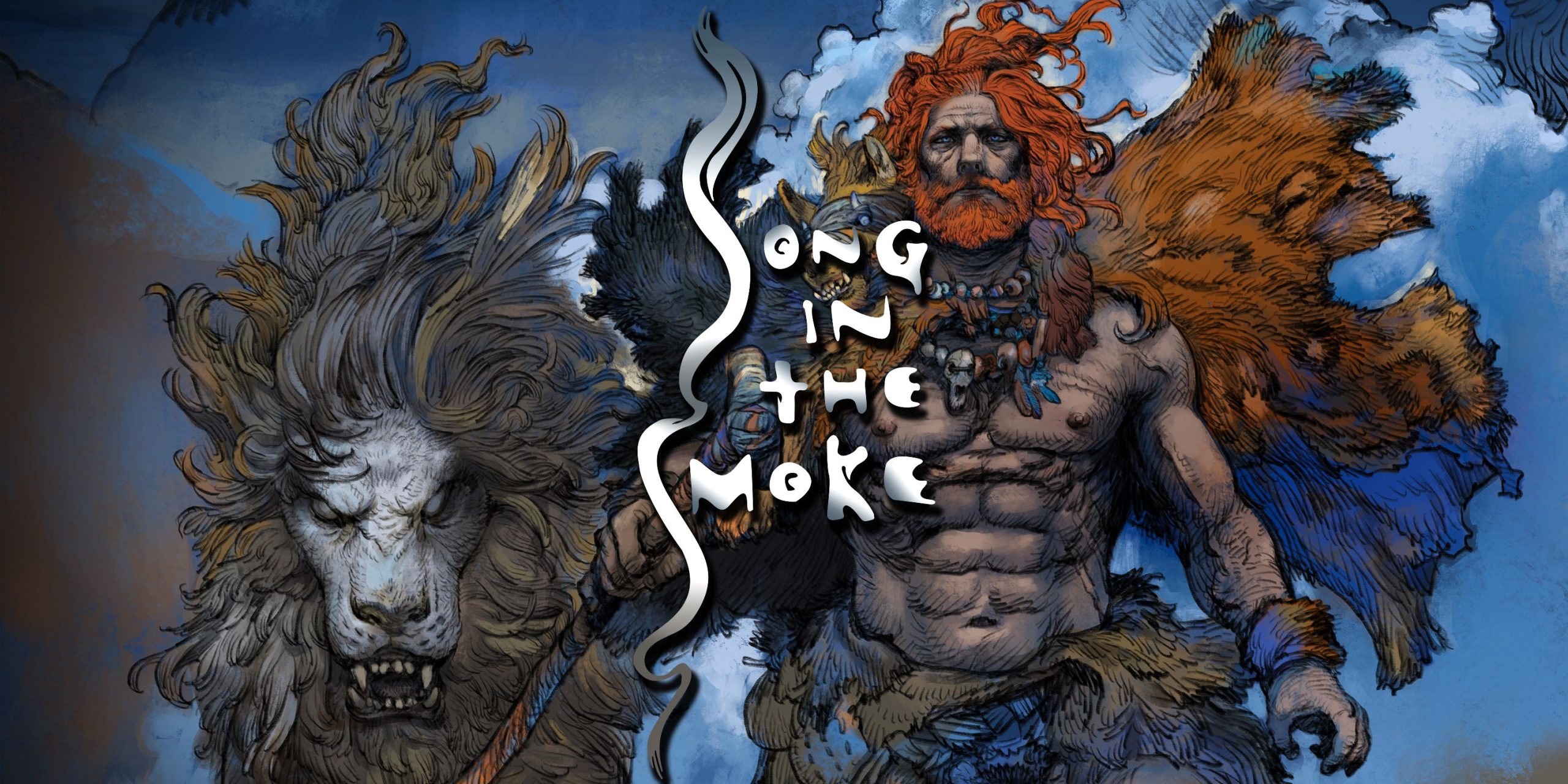 Song in the Smoke is available for Oculus Quest, but also for PSVR and PC platforms. This review is from the Quest 2 version.

Song in the Smoke is a prehistoric fantasy themed survival game, and developer 17-bits debut VR outing. It’s moody and atmospheric, takes some patience, and has a few of its own quirks for better or for worse.

Launching the game for the first time you’re greeted, rather startlingly, with a giant 3-headed, human-faced raven. Okay then – It’s clear at this point we’re in for a trippy experience.

The game starts out in a fairly linear fashion, designed initially to corral you through a series of rudimentary tutorials before loosening the rope and allowing you explore a little more freely. 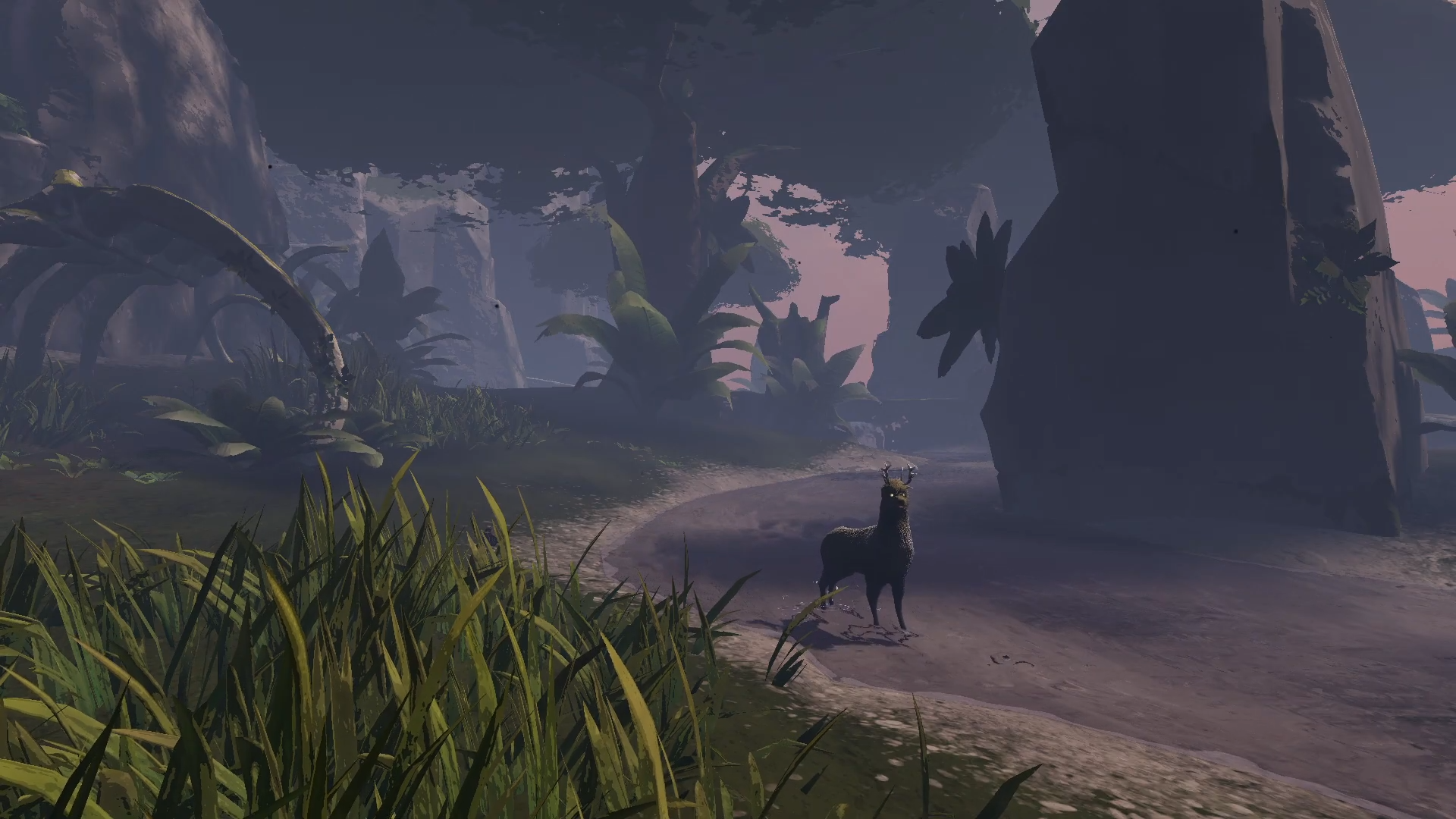 What’s immediately striking about Song in the Smoke is its aesthetic style. Not quite the cel-shaded ubiquity of many VR titles, but more a distinctly limited colour palette sort’ve posterisation, as if it’s been run through a photoshop filter. This style likely economical for rendering, but also adds to the unsettlingly ‘other-worldy’ atmosphere the game is clearly pitching.

Despite this treatment though, it does feel like concessions have been made elsewhere due to the Quest 2’s hardware. Foliage is very lean and patchy, flat surfaces and hard edges are everywhere, and there’s a lingering haze that tends to silhouette geometry from near-distance. However, once the gameplay loop settles in, this becomes negligible and essentially accepted as character.

And the gameplay is actually, surprisingly good – but it takes some patience to get there. 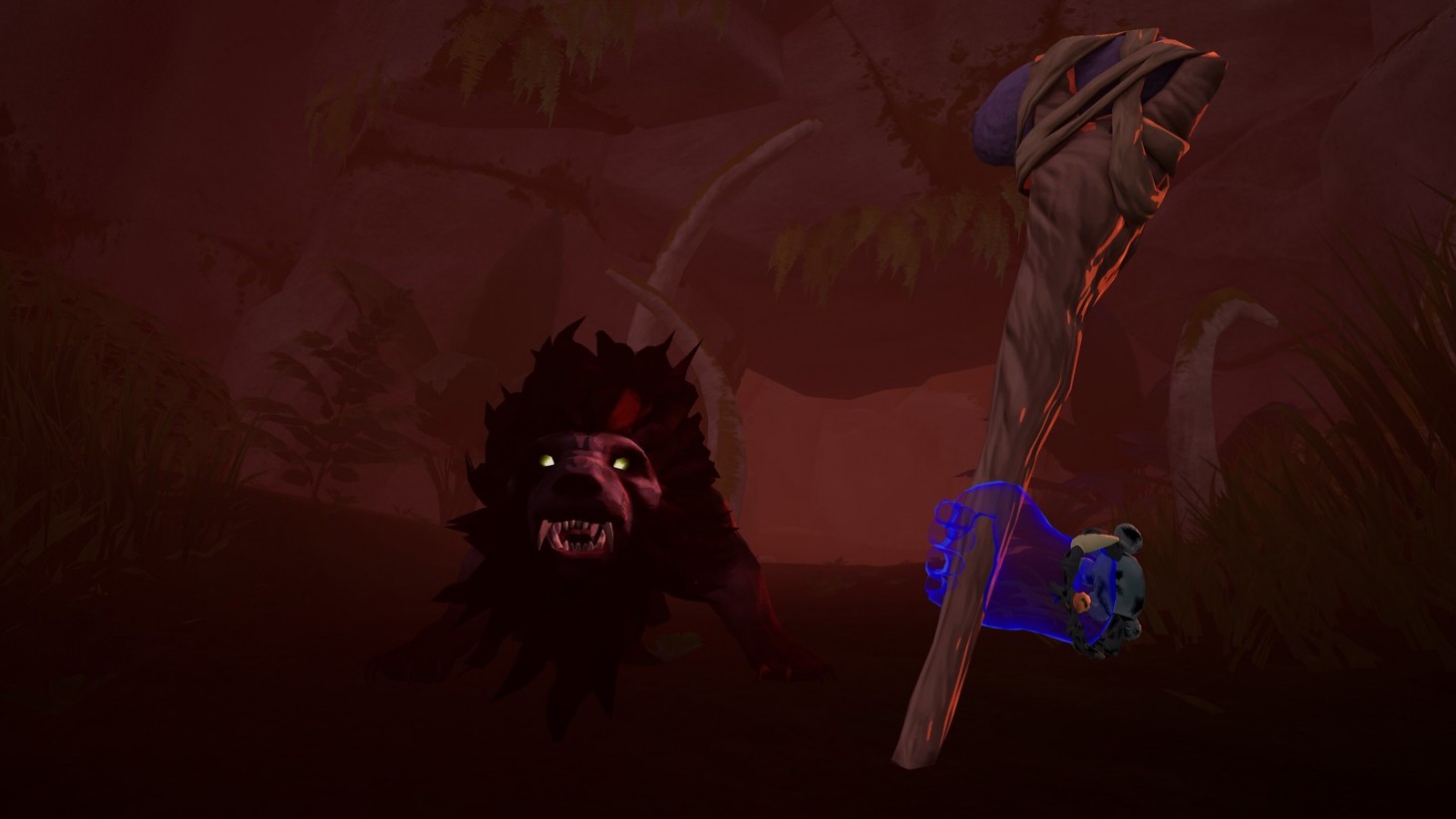 Firstly – It may be reassuring to know that as a survival game, there is seldom a stone unturned here, if you excuse the pun. This is a survival game without compromise, and the interactivity that only VR can really provide is put to great use, enhancing the experience when engaging with its broad survival mechanics.

You’re first introduced to your ‘cloak’ inventory – and it’s clear that management of stock is going to be absolutely key due to the limited slots available.

There are plenty of rudimentary crafting resources scattered about; stones, branches, bones.

You can use a billet for shaping stones into knife blades, then attaching it to a bone handle. Now you have a whittling knife for shaping branches into arrows, torches or club handles.

All of this pre-prepping and combining resources is done using actions similar to those you’d use in real life.

Various tonics can be crafted from gathered berries using a mortar and pestle. Each berry type creates a tonic with distinct physiological properties, such as reducing fatigue or increasing vitality. Again, these tools are intuitively interactive, allowing you to first place the requisite tonic items into the mortar bowl, manually crushing with the pestle, then bringing the bowl up to your mouth to consume.

It’s impressively engineered, and from this survival game novice begs the question how survival games can be entertaining outside of VR with mere button presses.

Campfires also need to be crafted, and serve as both save and sleep spots. This is where I found my first issue.

You can only save at a campfire, and crafting a campfire requires scavenging for resources. 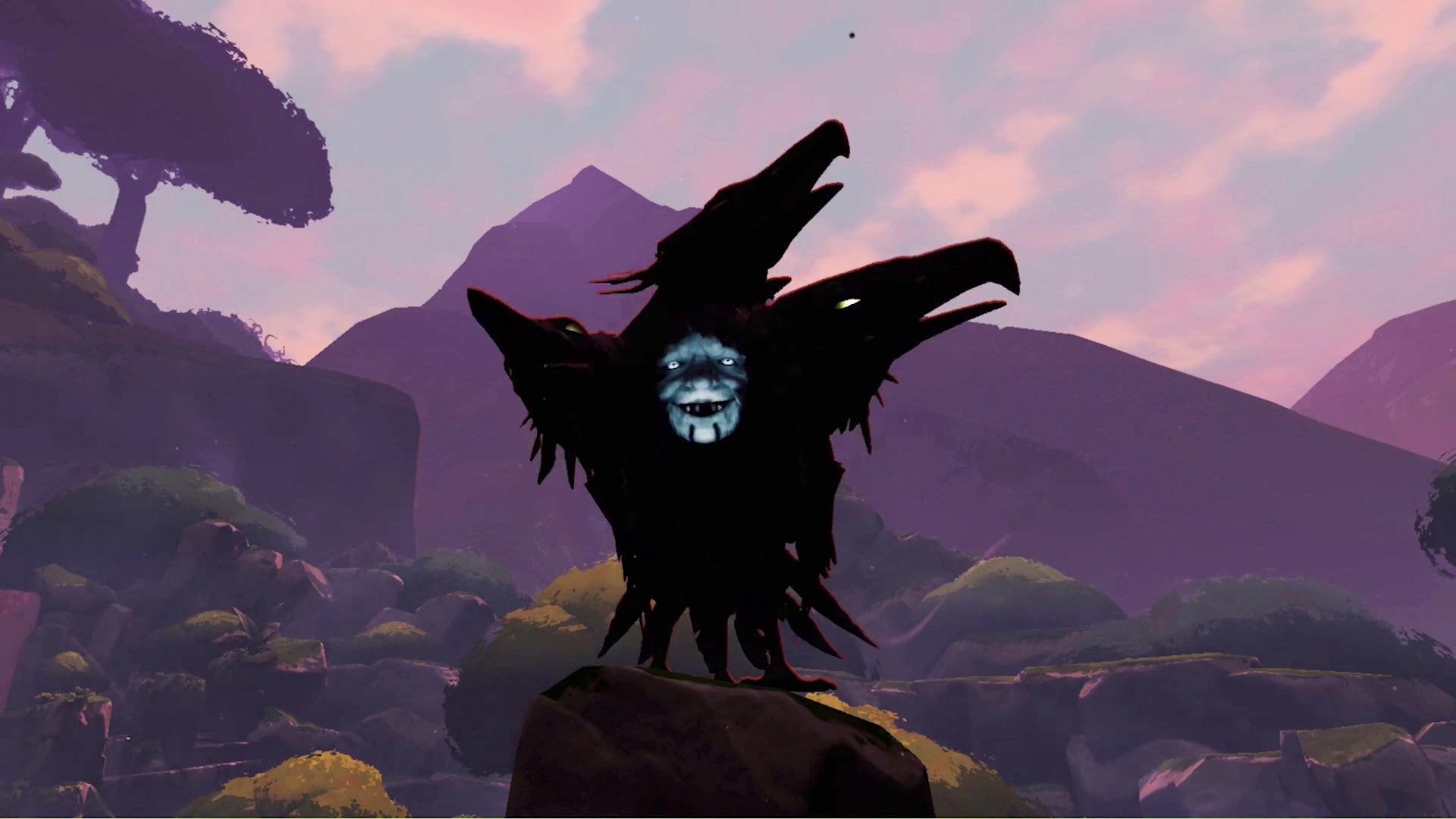 The resources aren’t hard to find, but if you move too far from an existing campfire and you haven’t crafted a new one – all progress in between will be lost. For me, this created some undue tension when it came to exploring as I was reluctant to wander too far, or do too much casual adventuring before returning to camp.

The day nigh cycle felt very short too, so the shorter jaunts initially makes the game feel small and very contained.

In the initial stages, this isn’t too bad as he game presents very little threat, only having to worry about eating, resting, and the elements. But as you progress further into areas where there are greater living threats, I found the catch 22 of being defenceless from predators while scavenging for weapon materials to protect myself from them frustrating. 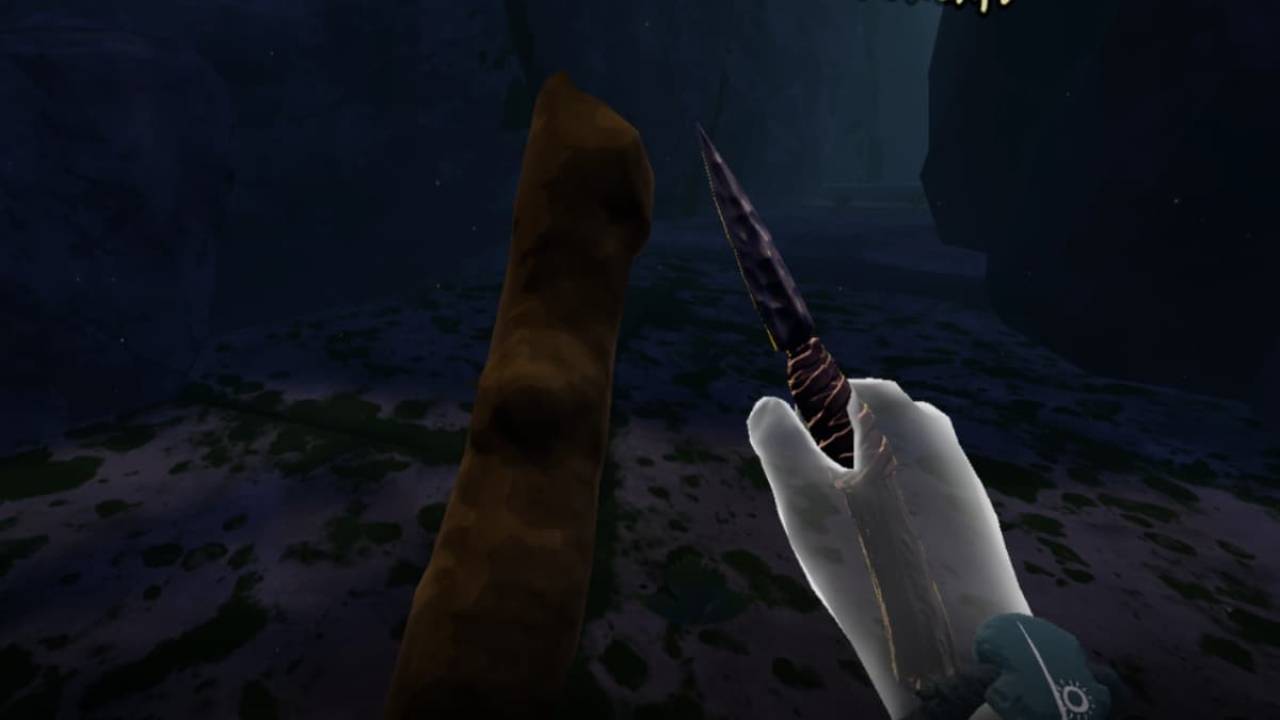 At campfires you can build tanning and drying racks. These allow you to prep gathered resources from animals for clothing and weapon parts.

Admittedly. I’m not a veteran of the survival game and I initially found some tropes annoying, but soon found the rhythm the game was setting up.

The yo-yo-ing back and forth, having to clear inventory slots so I could store one more large branch felt like aimless busy work initially, but the game establishes a cadence before too long that allows you to manage and plan efficiently. Once it clicked, it became enjoyable – and the ‘while I’m here’ opportunities became a more thrilling part of the risk / reward tempo, with failure mostly coming down to poor judgement.

Song in the Smoke isn’t open world so much as it is a series of interconnected sandboxes you successively open up and move between. 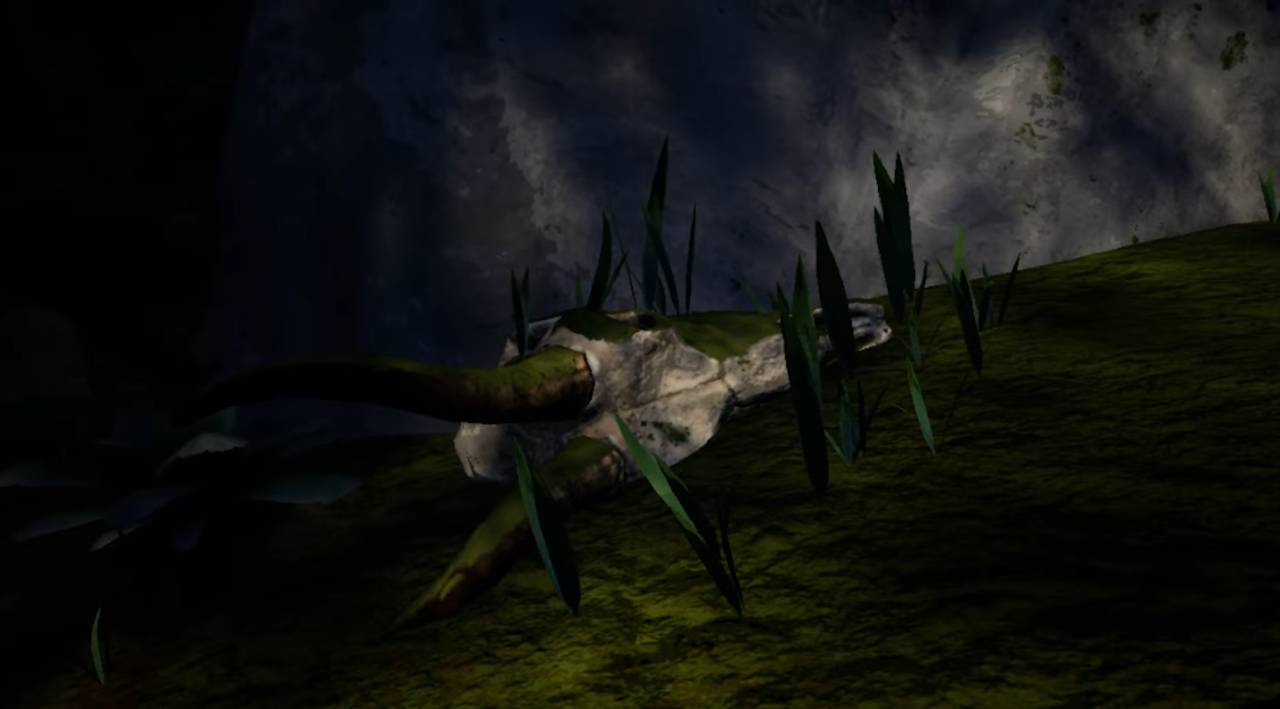 Each area contains its own mysteries to discover and threats to face, but largely feels like extensions of the same environment. There isn’t an enormous amount of biodiversity to each area which is somewhat disappointing, but the elemental and creature variety in each section helped compensate.

New areas are unlocked by finding and collecting three purple stones scattered about the map, which provides some narrative purpose for latitudinal progress rather than just existing and enduring in the world.

Adequate clothing and weaponry become increasingly more vital in each area as you face creatures that will lay you to waste very quickly if under stocked. And you will on occasion be ill prepared, which can lead to frustrating altercations.

Some creatures demand a lot of arrows, or can survive full degradation of a melee weapon. So, on one hand you have to be sparing with your inventory, but you also need to be well equipped to deal with the unpredictable. If you get the balance wrong, back to base camp. 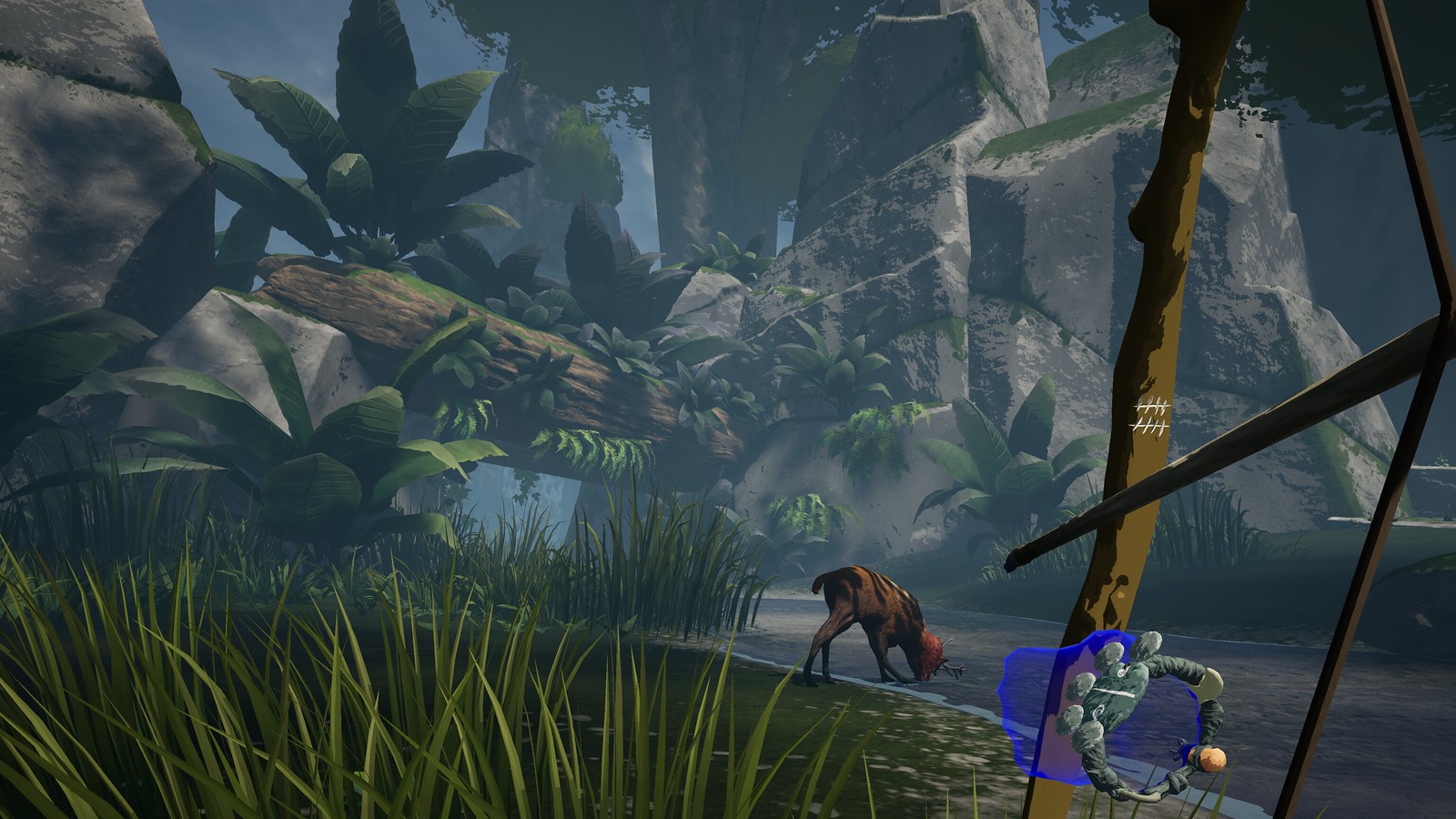 The HUD for survival indicators is clear but unobtrusive, which I appreciated. There’s nothing worse than a jarring firework of effects to indicate low health, or similarly instant death because you didn’t check your watch to see how hungry you were.

That’s not the case here. Clear animated icons pepper your field of view to indicate fatigue, cold, hunger, bleeding, or whether you’re hidden. This provided visual representation of instinct that would ordinarily not require visual cues, so worked as a diegetic compromise, and therefore helped with the immersion.

All in all, Song in the Smoke is a fully featured and satisfying survival experience, despite having no real contemporary on the Quest platform.

With some patience and perhaps some knowledge of the genre, there is a surprising amount to enjoy here. 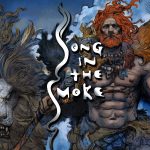