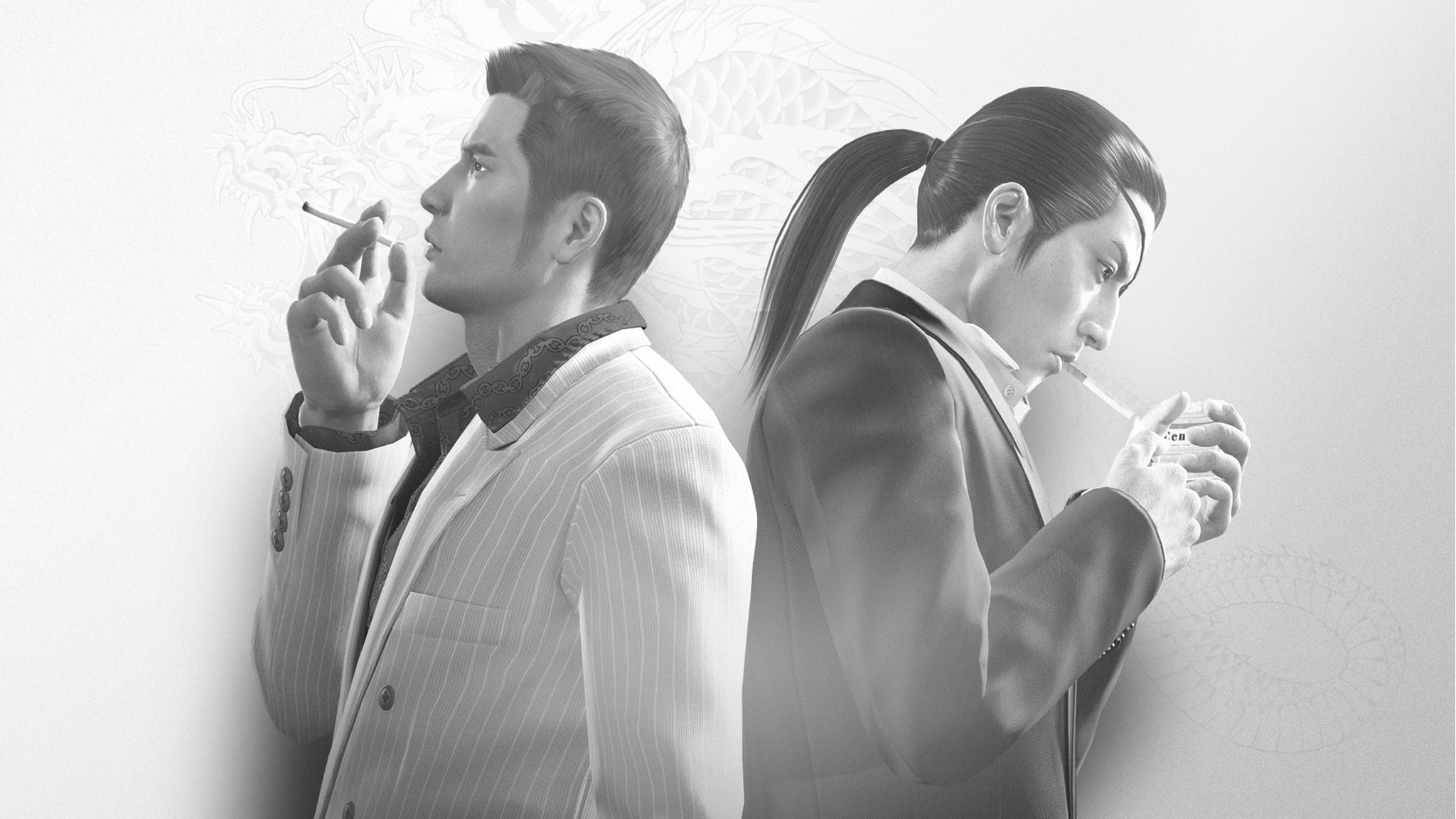 Yakuza Zero is a prequel to the main series and is set in the December of 1988. It tells the origin of the series’ protagonists, KazumaKiryu and GoroMajima, two unlikely Yakuza.

Kiryu finds himself caught up in a gangland dispute over a vacant lot of land. Framed for the killing of a civilian, he must prove his innocence in the eyes of the Yakuza, all the while trying to keep his Yakuza foster father from suffering clan retribution. 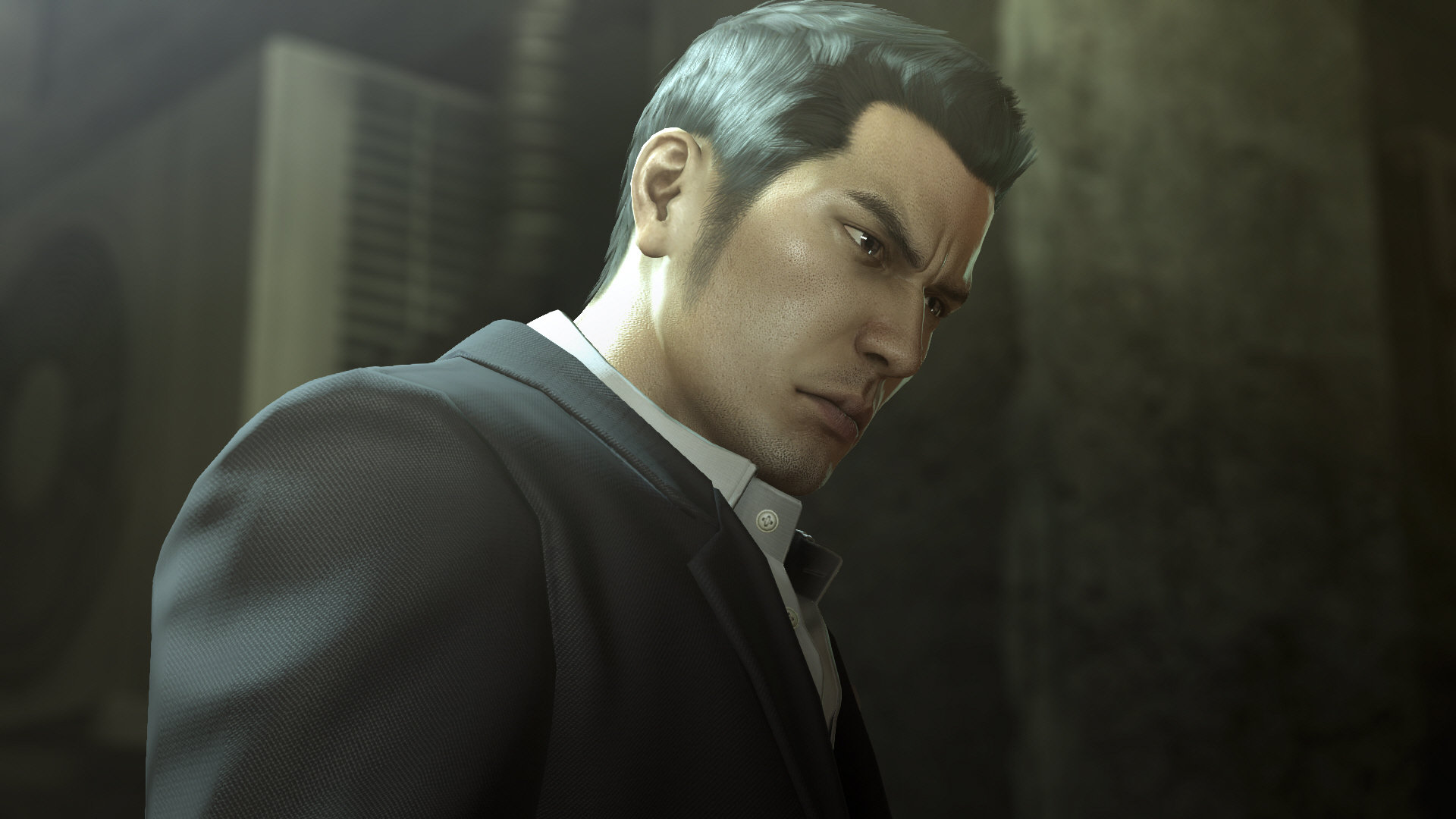 Meanwhile, in Osaka, Majima seeks redemption from the Yakuza by taking on an assassination mission. But, instead of killing his intended target he seeks to find out why gangsters want to murder an innocent blind girl.

Originally released in Japan almost two years ago, on both PS3 and PS4, it’s taken all this time for Sega to add English subtitles to the game. As a result, the visuals do feel ever so slightly dated, as you’d expect for a game designed to run on a PS3. This fidelity issue, fortunately, is really only constrained to the environments. The characters are well animated and look really good. 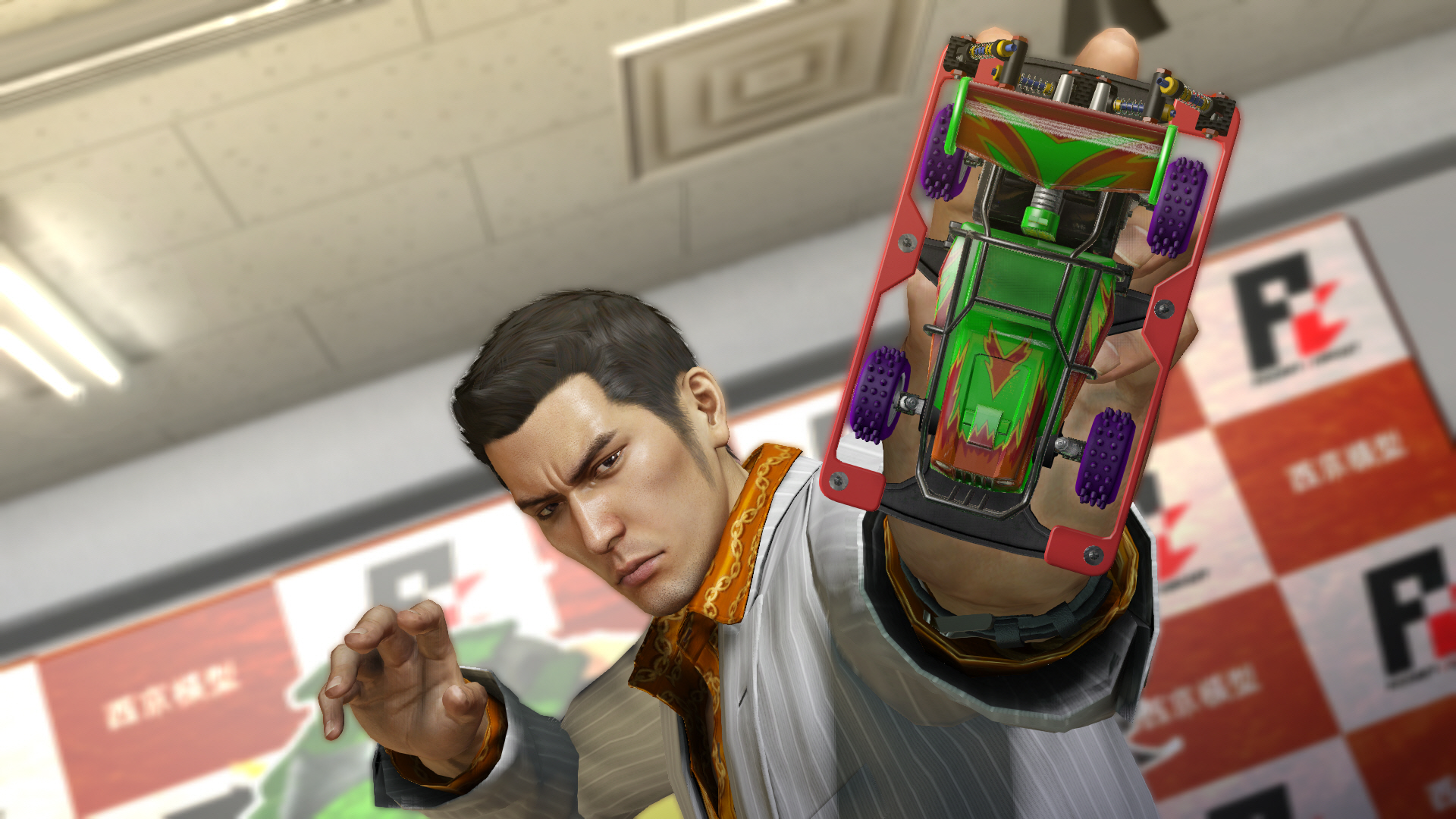 The spoken dialogue the game is Japanese, which adds a layer of authenticity to the game. The downside is that in order to know what is going on, the game demands your attention. The dialogue tends be a bit long-winded, but there’s no opportunity to check a few cheeky emails whilst the trials and tribulations unfold in text across the screen.

Whilst it’s easy to get over the English subtitled Japanese dialogue, if Sega were really keen on gaining a mainstream western audience, having English-speaking character would make the game a lot more accessible. Saying that, not all of the interactions are animated with spoken dialogue, instead the characters just stare at each other making the odd grunt whilst the conversion is subtitled. 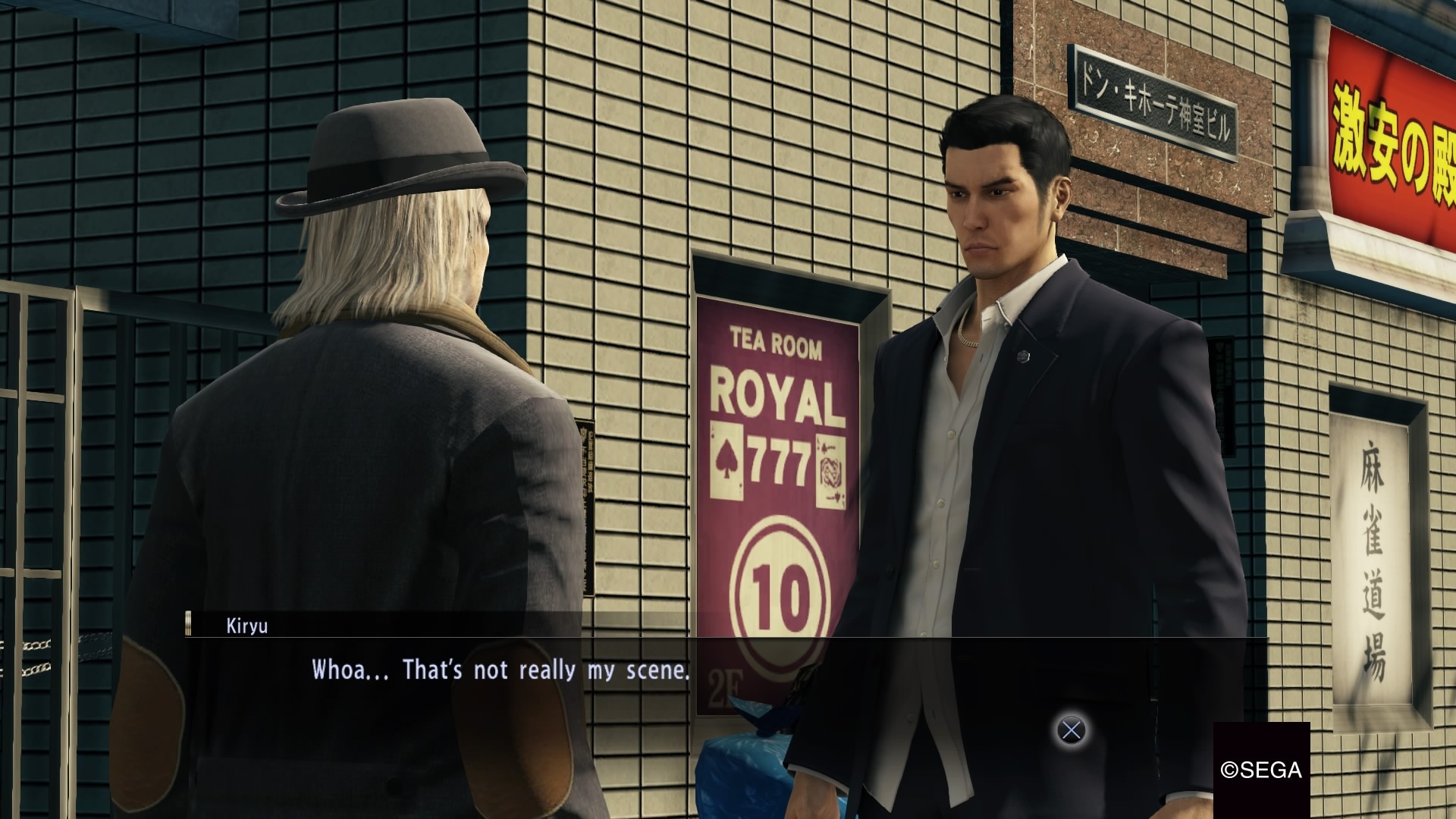 Being so dialogue-heavy, it would seem that, primarily, the developers want to tell a story. And this is fine as it is a cracking tale of double-crossing and political antics within the Yakuza organisation.

When you are not experiencing characters’ conversations, you are either running around a very detailed digital recreation of a Japanese metropolis or fighting.

The combat is great fun and whilst not as sophisticated as the Batman Arkham games, offers a decent challenge with varied opponents and boss fights. Apparently new for Yakuza Zero, both playable characters have a number fighting styles that can be switched dynamically during combat. Kiryu can swap between his standard, balanced brawler style to beast- slow, but powerful or Rush- a fast boxing syle. Whilst playing as Majima you can choose from the balanced thus style, the baseball bat-wielding slugger or dance-inspired breaker styles. 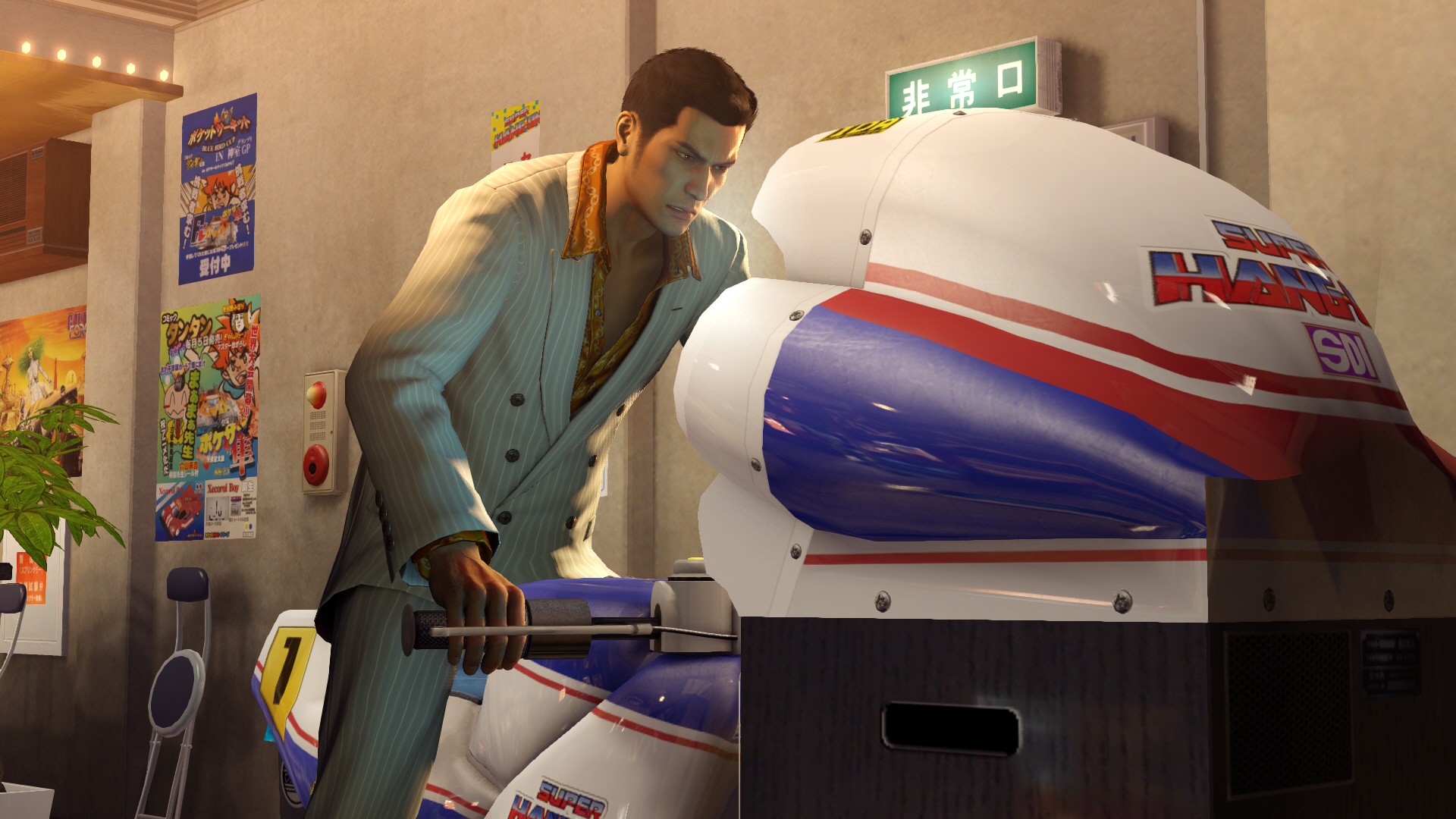 Yakuza Zero is also full of distractions (the very reason for this delayed review- sorry Joel), that’ll have you playing full versions of Sega classics like Out Run and Space Harrier, and even entering slot-racing competitions.

I found Yakuza Zero to be a game that kept is cards to it chest for a good few hours. As first I didn’t particularly worm to it. The game came across as a Shemue-inspired poor man’s version of Sleeping Dogs (swapping the Chinese Triads for the Japanese Yakuza).

With the above in mind and Yakuza Zero being a very “Japanese” game, which reads as quirky, a little odd, and an acquired taste, it’s a game that, if you are not a huge fan of the series, you need to stick with. Once it gets going, you will start to understand why the Yakuza games have such a huge following.

If you’ve an open mind, fancy something different, Yakuza Zero offers a compelling gangster story, some great action and loads of thing to do all in one quirky package.