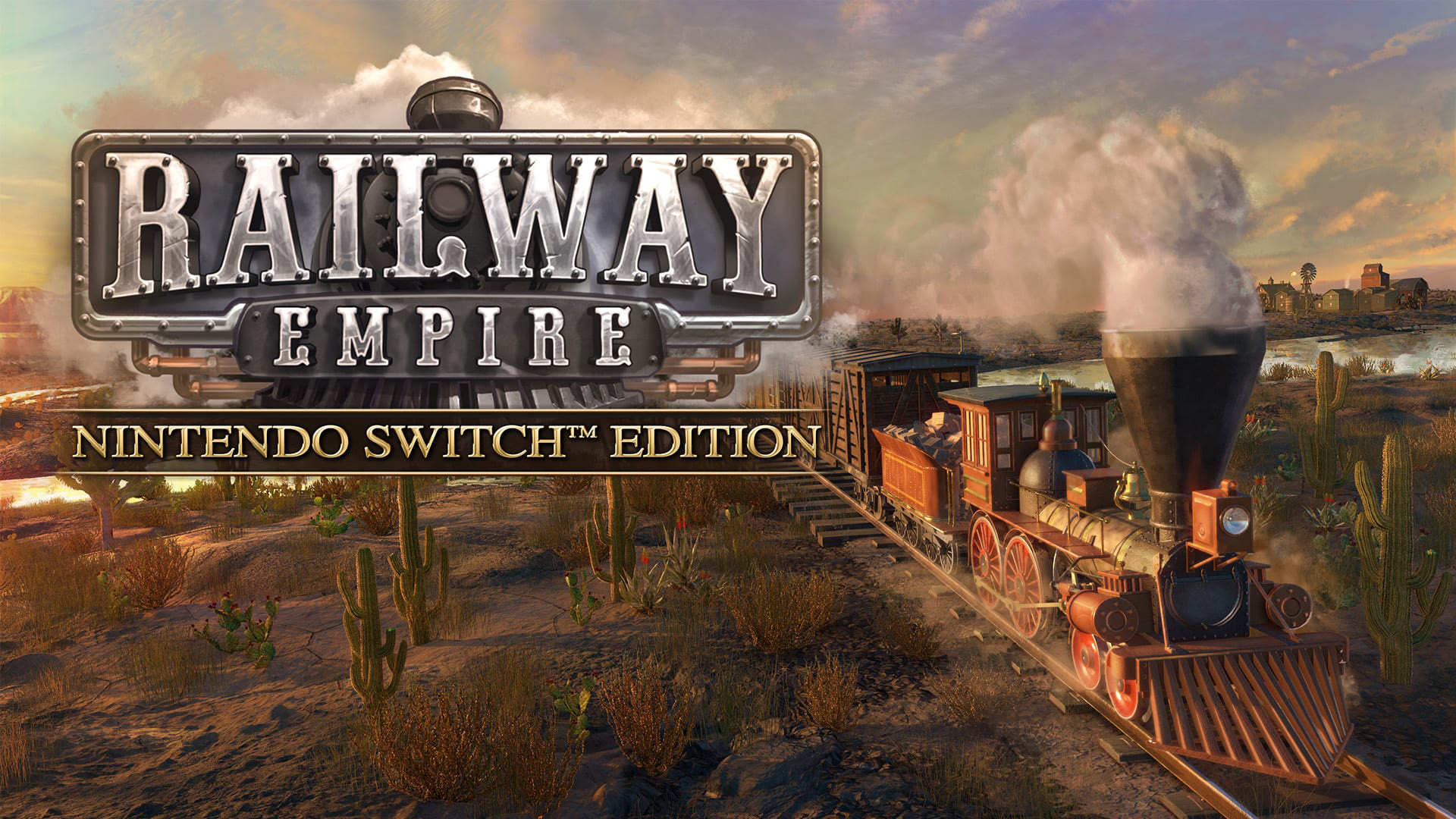 Railway Empire is certainly not the first game of its type, but it is the most recent addition to a genre that goes all the way back to 1990 with Sid Meier’s Railroad Tycoon.

Whilst there are plenty of other transport simulations out there, Railway Empirejust focuses on the construction and management of railway lines.Players must transport materials and people between cities to allow them to prosper. 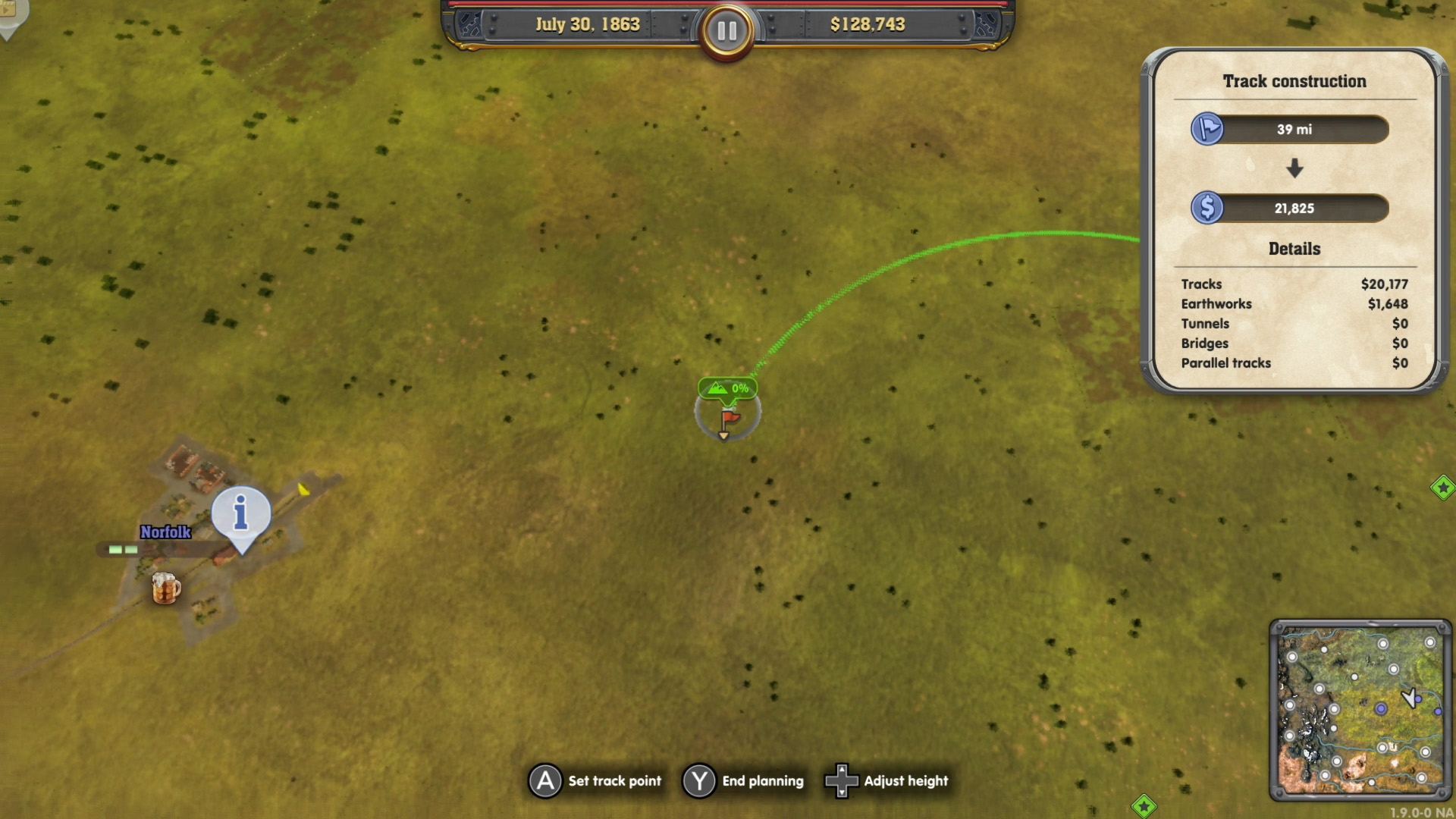 Whether playing the campaign, with its set tasks and budget, or the freeplay mode, the game maps are configured essentially the same. Cities are dotted across the map separated by plains, mountains, hills and rivers. In between the cities are farms and resources.

Players must first connect the cities and farms by a railway line, as required. To do this, stations must be built at each location to be connected. The track route is planned, linking the stations, and when the player is happy, the track is built. As well as the track, the player should also construct a supply tower, a maintenance shed and, if running more than one train on a single track, sidings and signalling to ensure that they can pass. 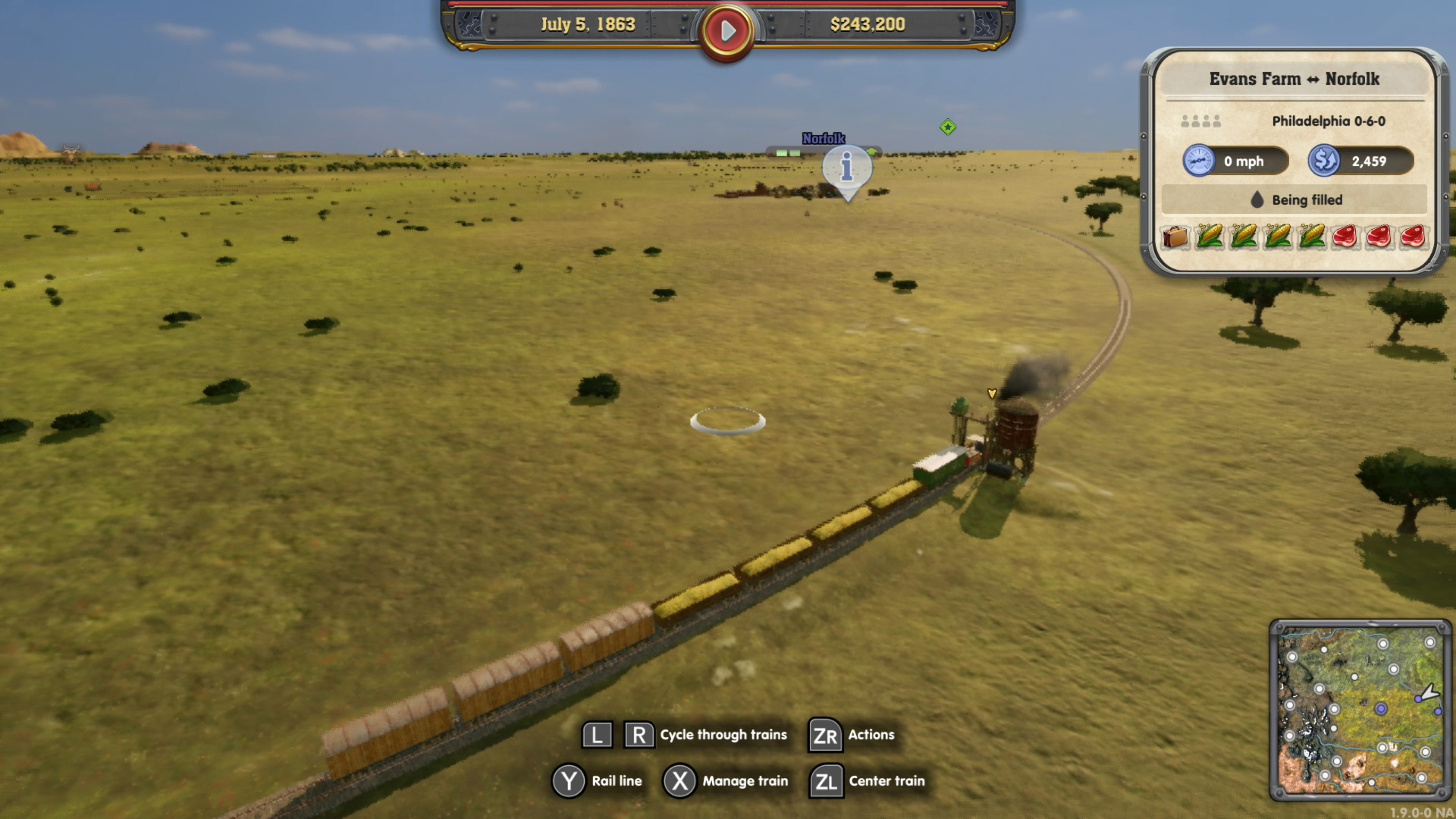 Once the physical track is in place a train can be purchased and a line, specifying the stations that the train with stop at, can be put in place. Players familiar with other transport management games with immediately recognise this game mechanic.

Trains will always travel along the most direct route. To ensure the most efficient use of the rail network, signalling needs to be used, as I mention above. This is potentially the most complex part of the game. Signals can be used to specify track directions, the use of sidings and hold points. These along with dual tracks and multi-platform stations allows players to create incredible rail networks. 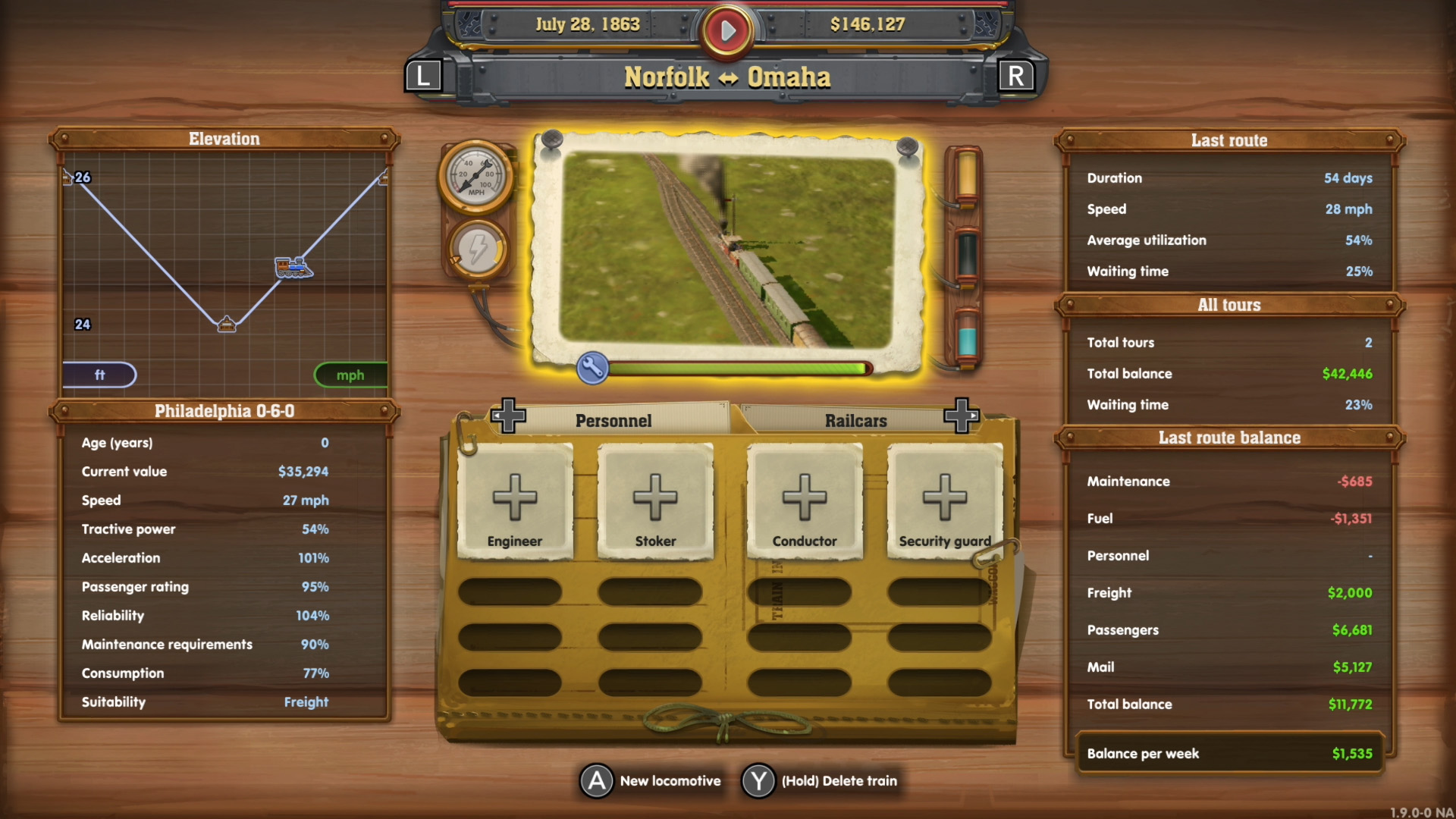 Each city has a different desire for raw materials based on its industries. Connecting the right materials with the right industries is very important. The early campaign hands players hands, directing the right goods to the right cities. Later on, and in freeplay, players must sort this out for themselves.

As the coffers increase, better stations, warehouses and new industries can also be constructed in cities. In the campaign players can buy farms and mines making it more important to connect these to the appropriate industries.

The point earnt each month can be spent on research to upgrade trains and facilities, as well as unlock other opportunities. Technologies can only be unlocked once past the date they came into existence. 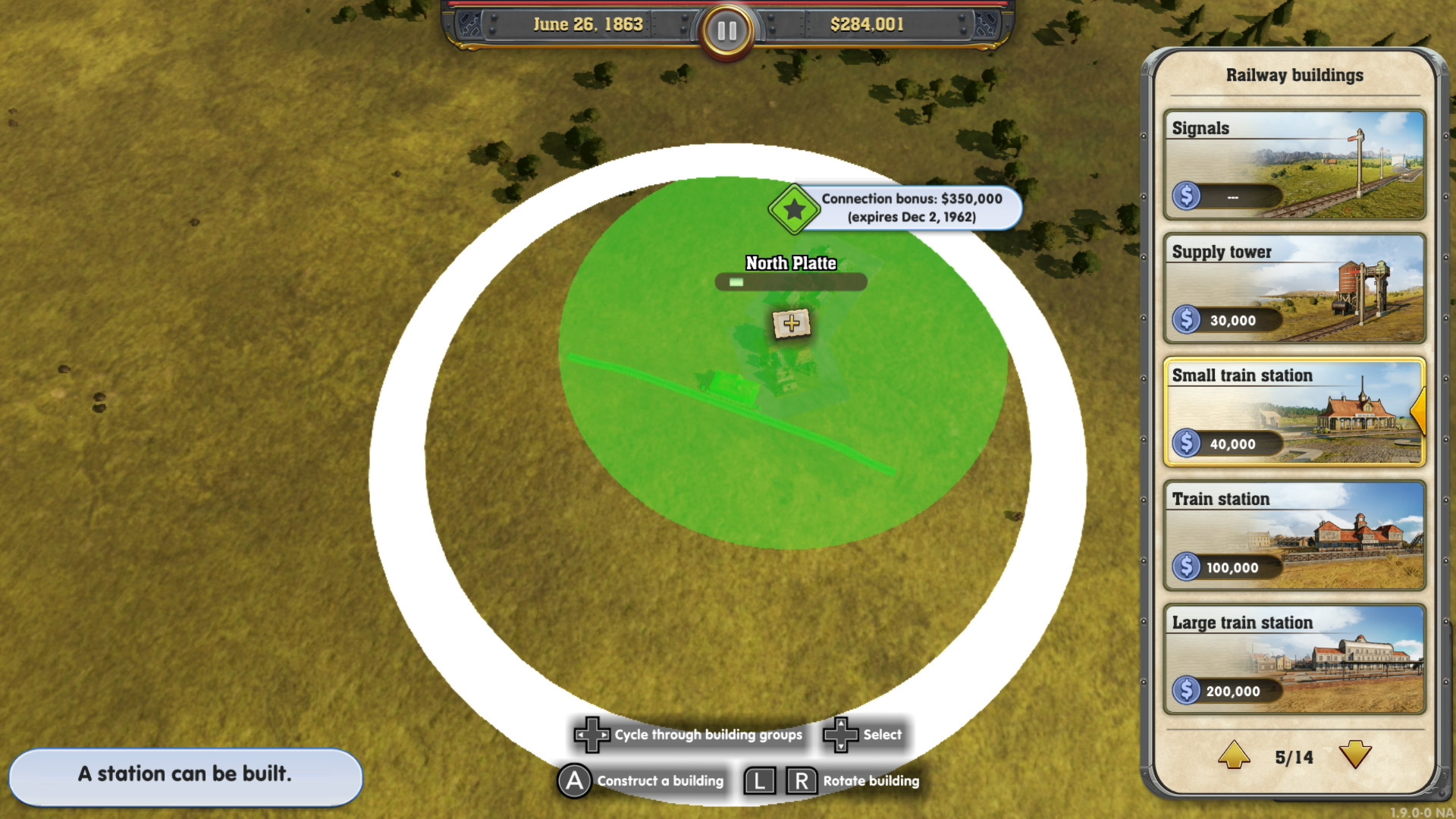 The Nintendo Switch leaves nothing out, allowing players to build complex railway networks that include signalling, track design and financing considerations. The upside is a management situation as detailed and involved as its PC counterpart. The downside it that the developers have had to compromise the way the user interface works and the general controls.

Even on PC, using a mouse, Railway Empire is a bit fiddly. The Switch’s limited controls work, but require a bit more patience. But there is a chance that I’m a bit biased having used the PC controls. 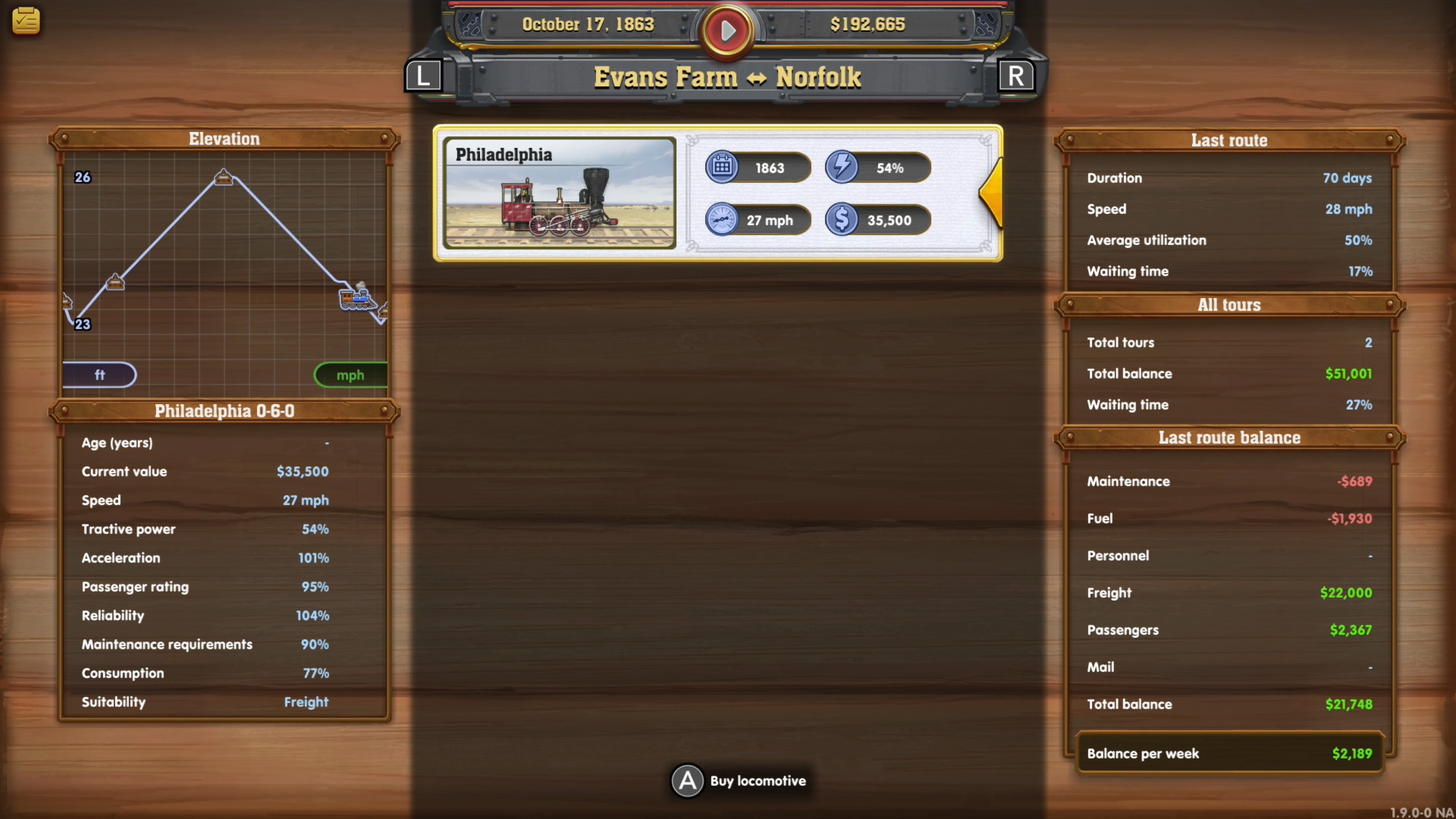 To port such a complex game to the Switch, there are also some graphical compromises. The game looks fine on the Switch’s screen, but pretty awful on the TV. But it’s not a game whereby top end visuals are required to immerse players into the experience.

With simulation of this scope, much of the processing power is utilised “under the hood” as it were, working on all the routes and scheduling. The power of the Switch is better utilised in bringing this uncompromised, complex management simulation to a portable platform than be wasted on fancy eye candy. 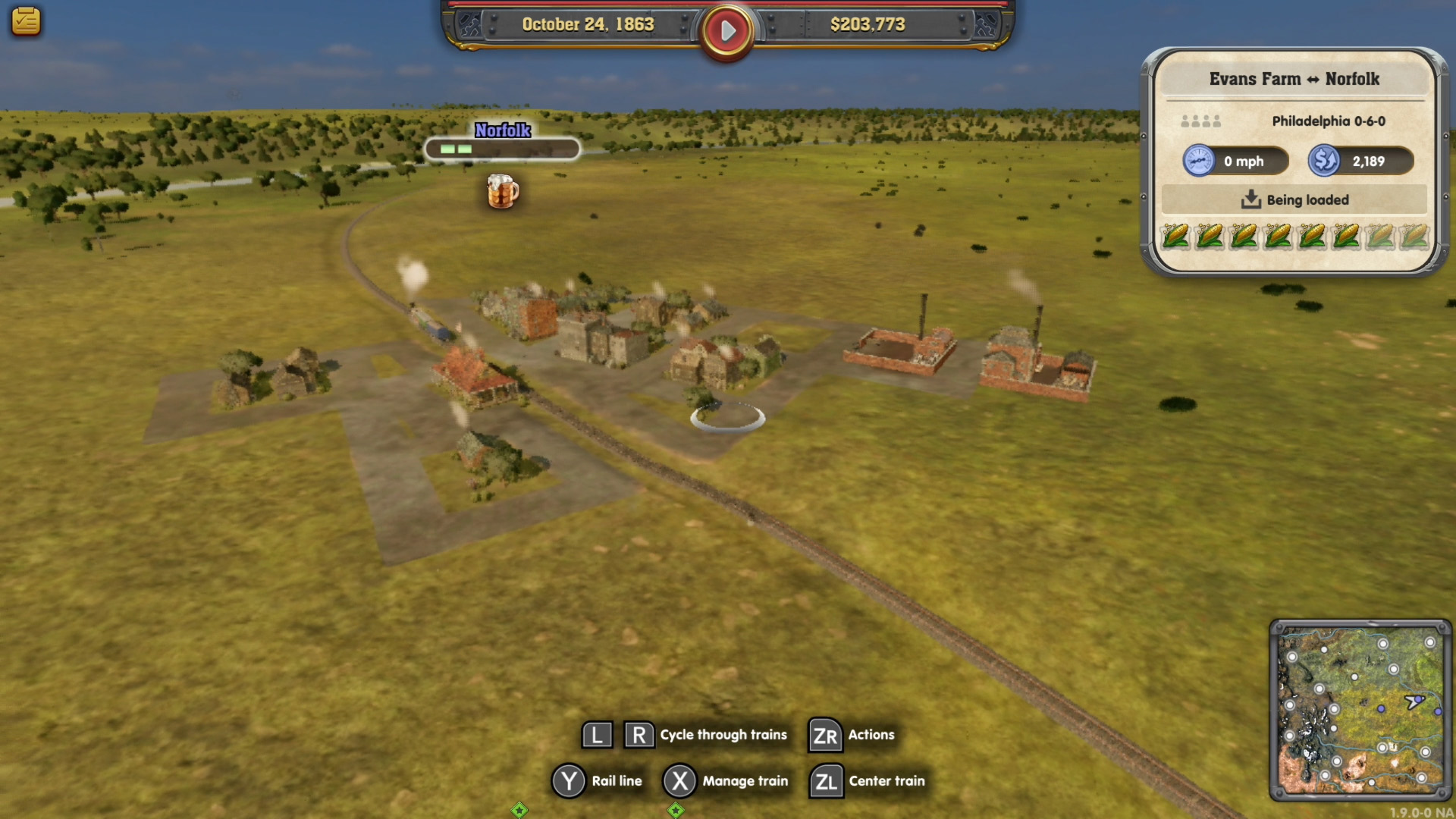 Railway Empire is a two-year-old game. It would have been good to have seen the DLC included with the Switch as some sort of complete edition as opposed to being available separate purchases.

Train enthusiasts and fans of management simulations should have a lot of fun with Railway Empire on the Switch. It’s an engrossing, deep simulation experience that retains the mechanics of the PC original. The controls do take some getting used to and the visuals are a bit lacking, however, it’s a still a great game. 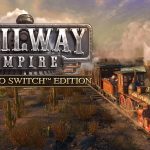 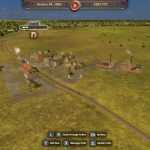 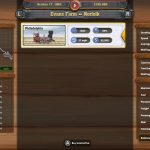 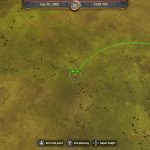 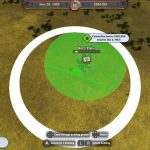 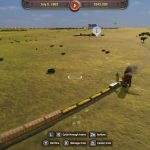 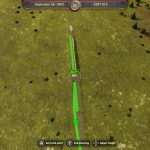 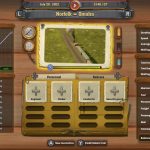