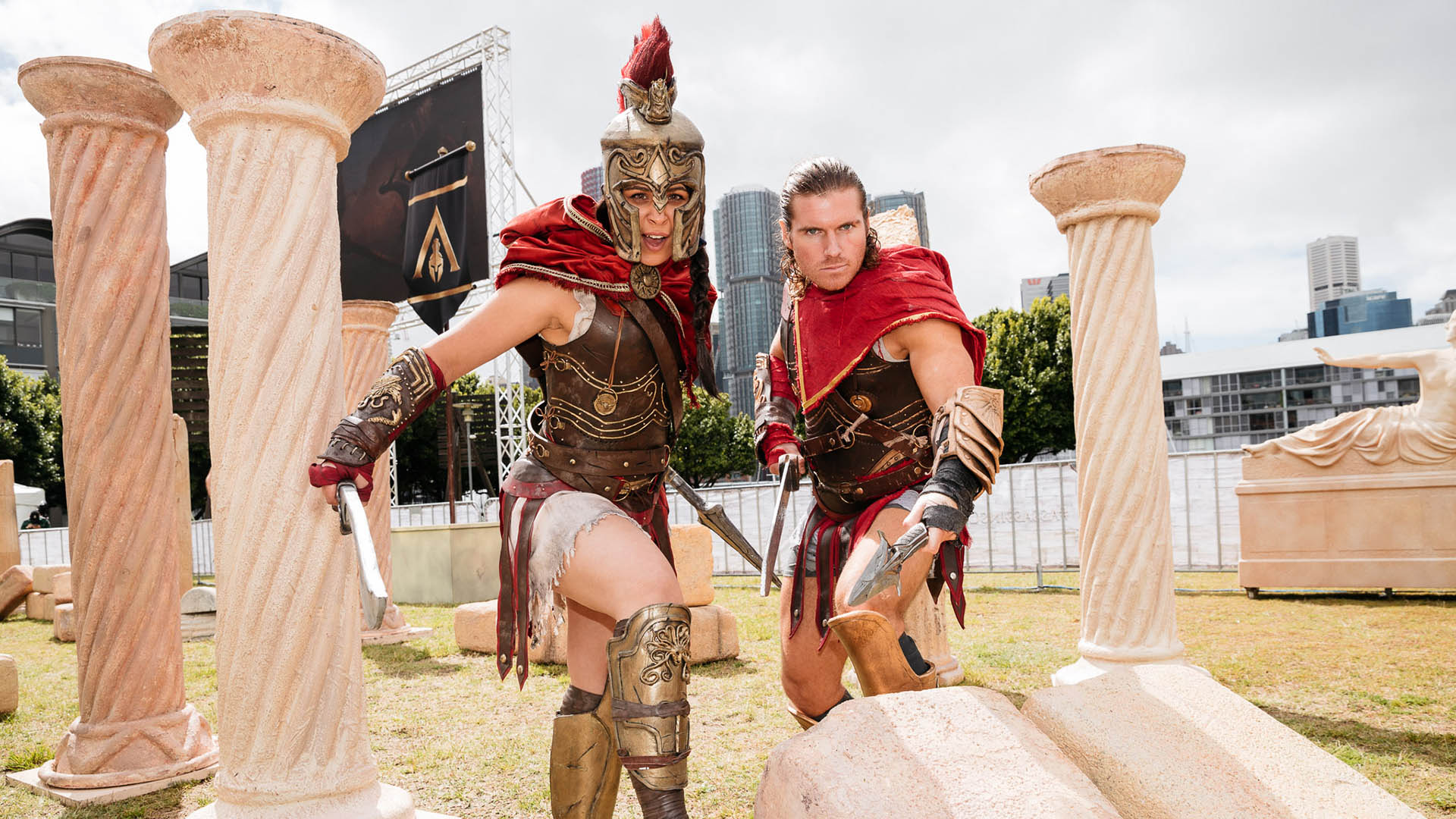 To celebrate the launch of Assassin’s Creed Odyssey, Ubisoft Australia pulled out all the stops, setting up a huge parkour course in the middle of Sydney.

On the 5th and the 6th of  October 2018 fans were invited to try out The Assassin’s Creed Challenge.

Participants had the opportunity to partake in six different challenges inspired by the hit video game series. The daring obstacles had fans running, climbing, swinging and balancing their way through the ruins and statues of Ancient Greece’s myths and legends. For the finale, participants carried out one of Assassin’s Creed’s most iconic moves, the ‘Leap of Faith’, off a seven-metre platform. 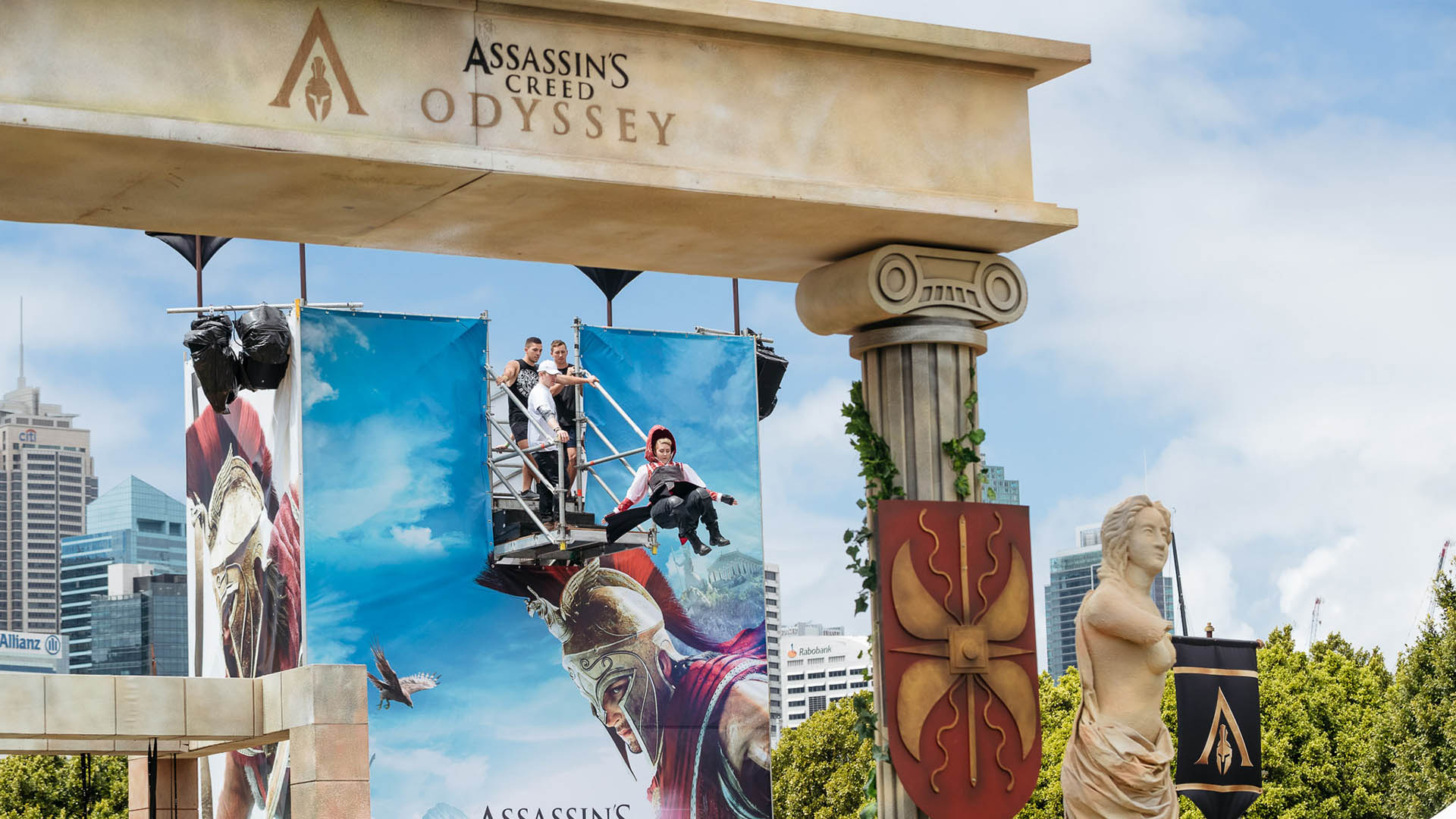 Assassin’s Creed Odyssey, developed by Ubisoft Quebec in association with eight other Ubisoft studios around the world, is being hailed as the best in the series, breaking the franchise’s sales records for the current console generation. Look out for our review very soon.