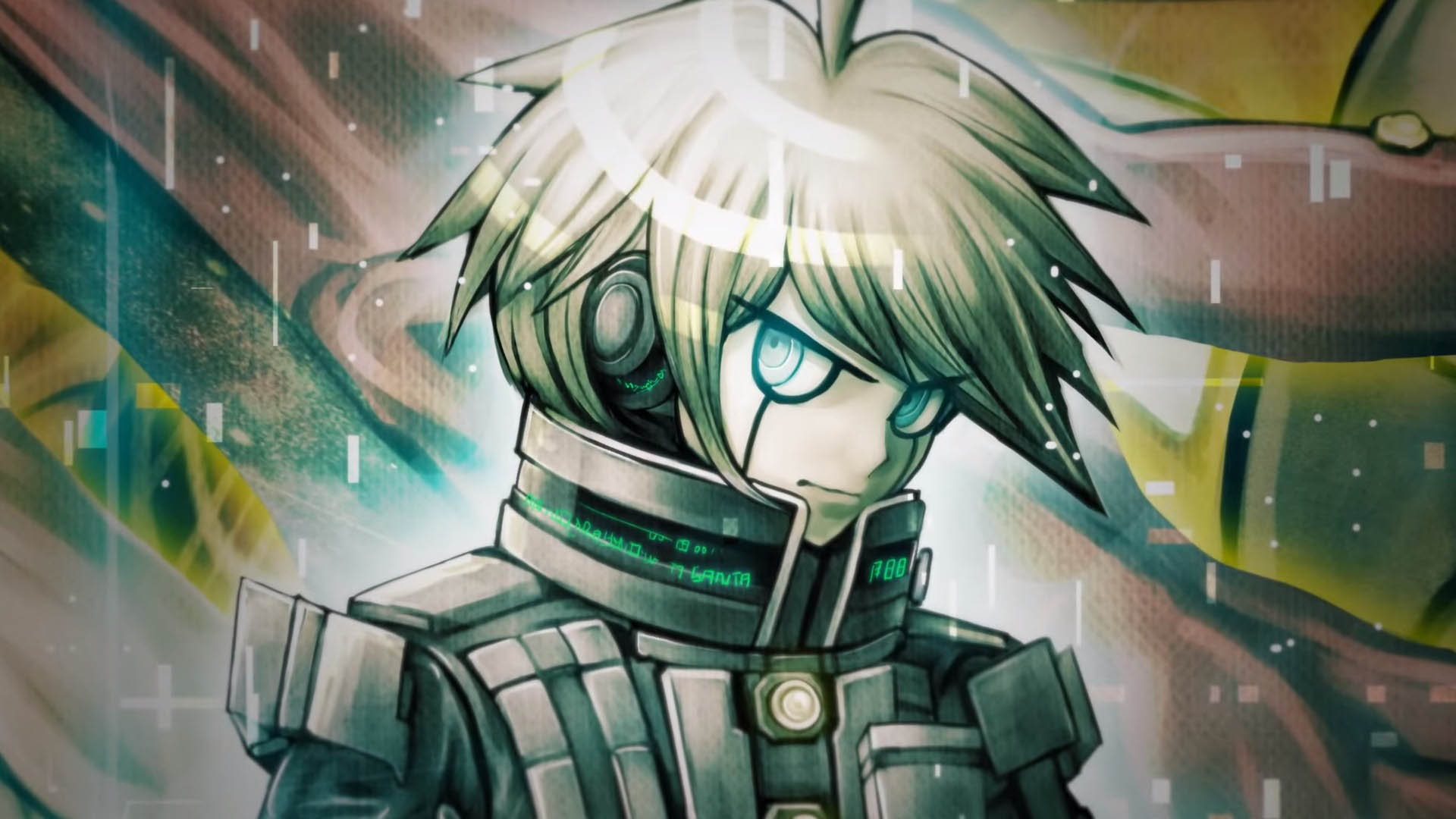 If you are looking for a crazy Japanese game unlike anything you’ve played, Danganronpa V3: Killing Harmony may have what you are after. The game mixes together crime solving and mini-games in a twisted competition for survival.

The premise of Danganronpa V3: Killing Harmony is dark, twisted, unique and enthralling. 16 talented young people have been kidnapped and taken to a school where they must compete in a killing game for survival. The rules of the game are simple, following a murder, a class trial takes place where the class must try and deduce who the killer was. Successfully pick the culprit and the culprit dies, pick wrongly and culprit walks free and everyone else dies. 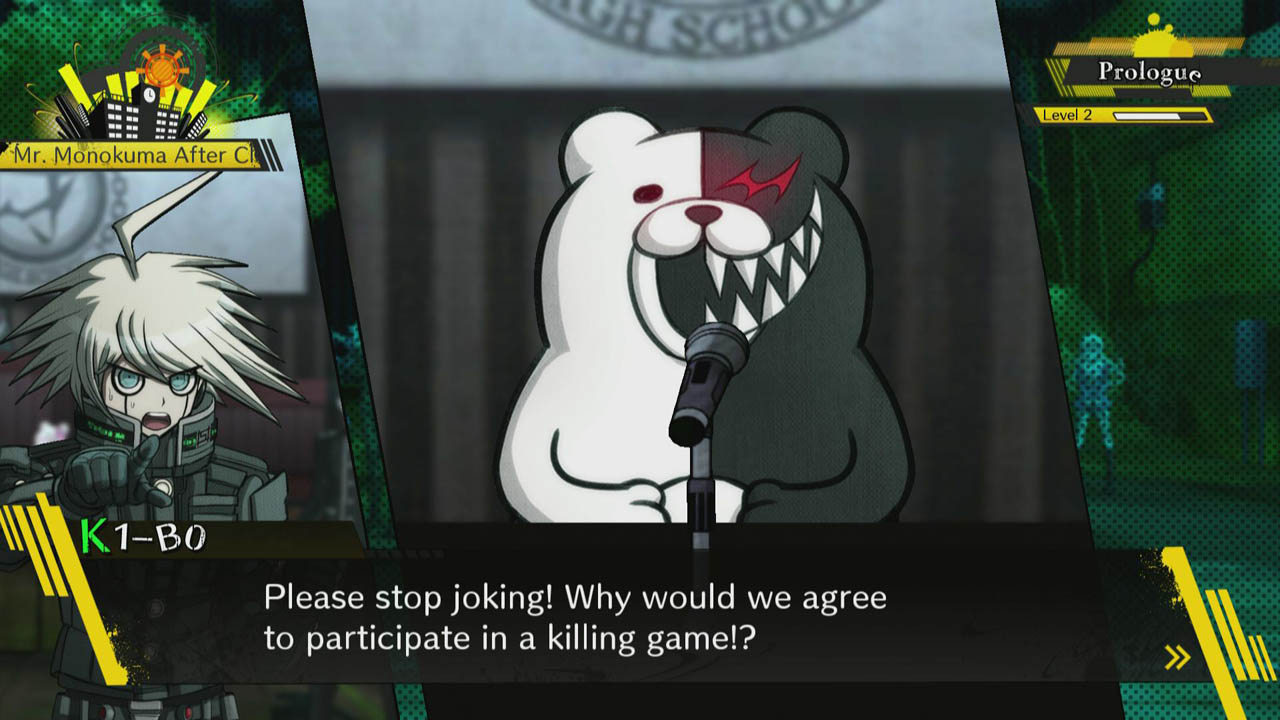 The game is run by a bunch of weird bear-like robots who provide some light-hearted entertainment value to contrast to the otherwise dark tones of the game. They do become irritating at times, especially when aren’t adding anything to the story. The talented young contestants in this sadistic game are known as Ultimates. You learn more about what that means as the game progresses but basically they are people with a particular gift, such as the Ultimate Detective and the Ultimate Maid.

The personalities of the characters are extreme which generally works well to make them interesting. The Ultimate Maid for instance lives only to serve so will do anything anyone asks of her. The Ultimate Anthropologist is a big brawny guy who is as dumb as a door nail and as naïve as they come.

The story has a lot of twists and turns and constantly had me wondering what is going to happen next. It does at times seem to drag on for too long however I wanted to keep progressing to find out what happens. 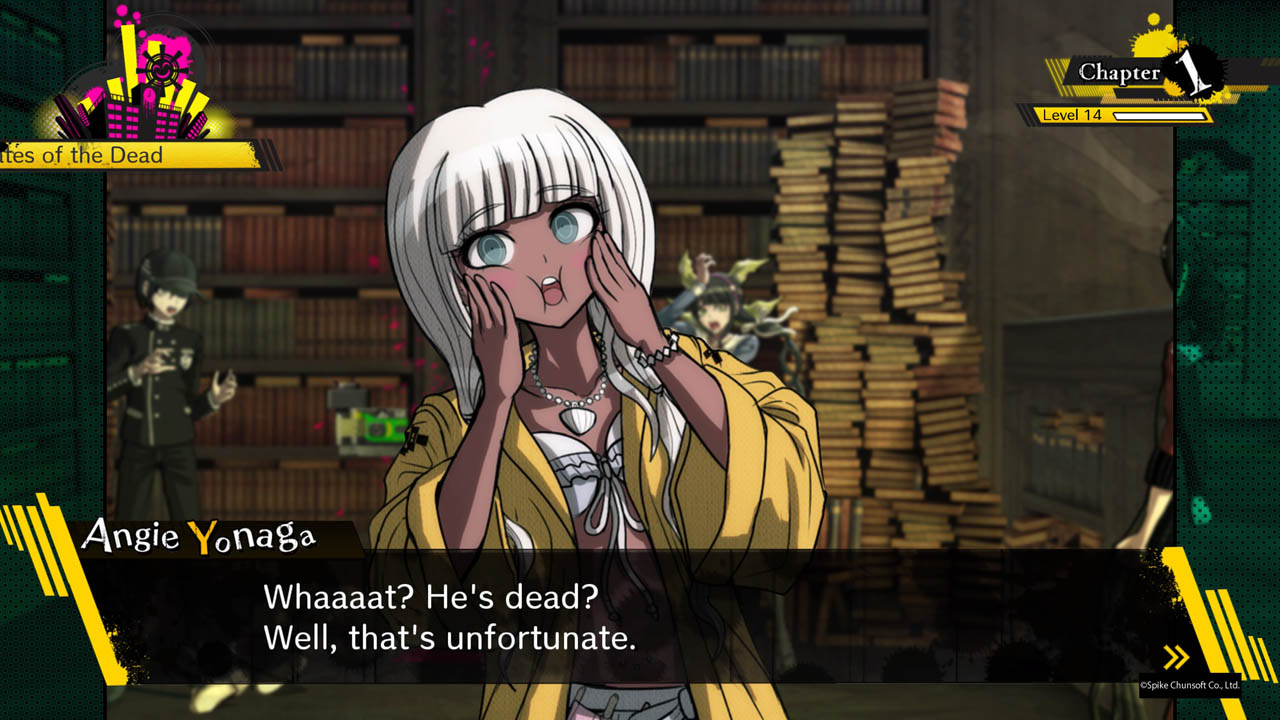 The game uses a unique graphic novel art style where people and many objects are 2D in a 3D world. For the most part, the 2D objects visually look great and work well. The 3D objects and environments lack in detail and occasionally just look ugly.

While the premise of the game has the hallmarks of an engrossing and unique hit, the game ultimately fall over with its execution. The biggest culprit is the class trials which from the beginning was what I was looking forward to the most. For a game about solving crime, I would expect that there would be a bit more crime solving.

The class trials take place through a plethora of tedious mini-games which go on for hours. The mini-games feel rather out of place with the rest of the game and requires more skill and luck rather than logic to complete. 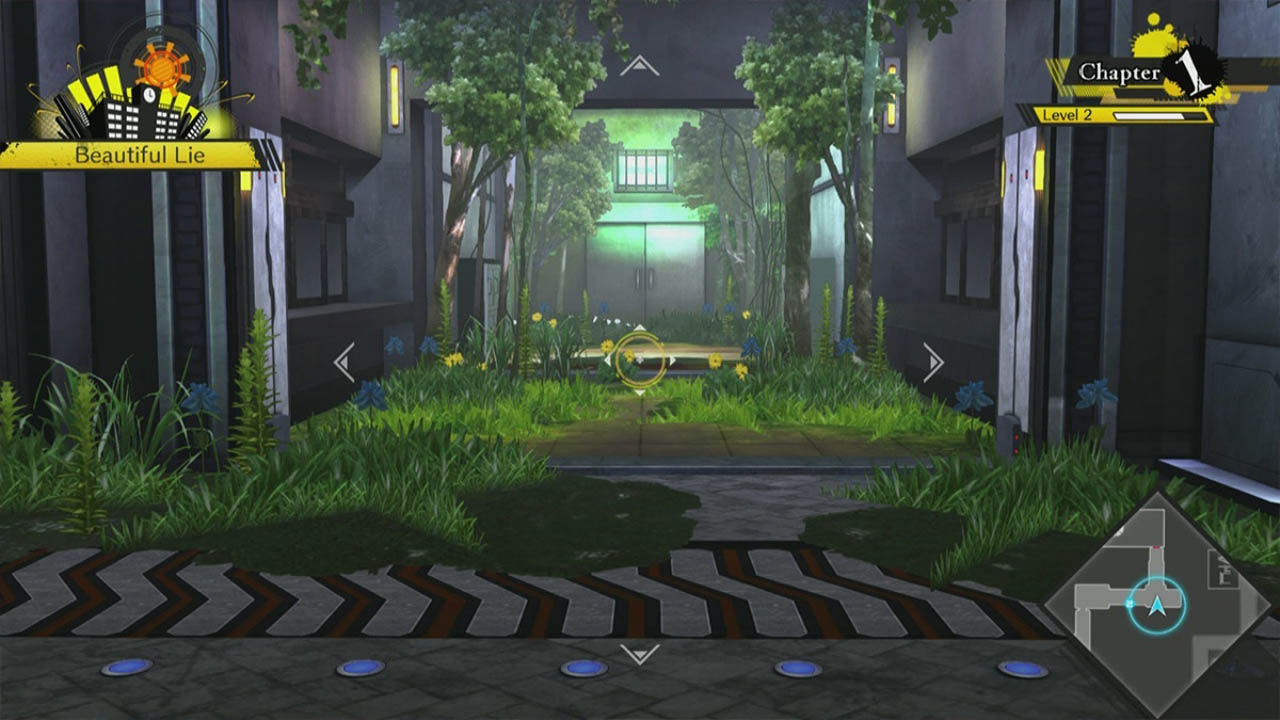 The most common mini-game involves shooting a truth bullet, which is one of the pieces of evidence you gathered, at the correct statement to make or break it. The statements appear as a bunch of moving words on screen as characters in the class speak them. There are sometimes distracting statements on the screen which you must try and shoot away first. You are only given access to a few truth bullets at a time and the correct statement which you must shoot on screen is pretty damn obvious. The difficulty comes it trying to shoot a bullet at a moving target with a joystick on a controller.

While I enjoyed listening to the back and forth debate that happens and working through and shutting down various leads, the mini-games which you have to play to do so is painfully bad and drag on for so long. I would have enjoyed the game much more if they got rid of all the mini-games and instead made the class trials purely based on logic. 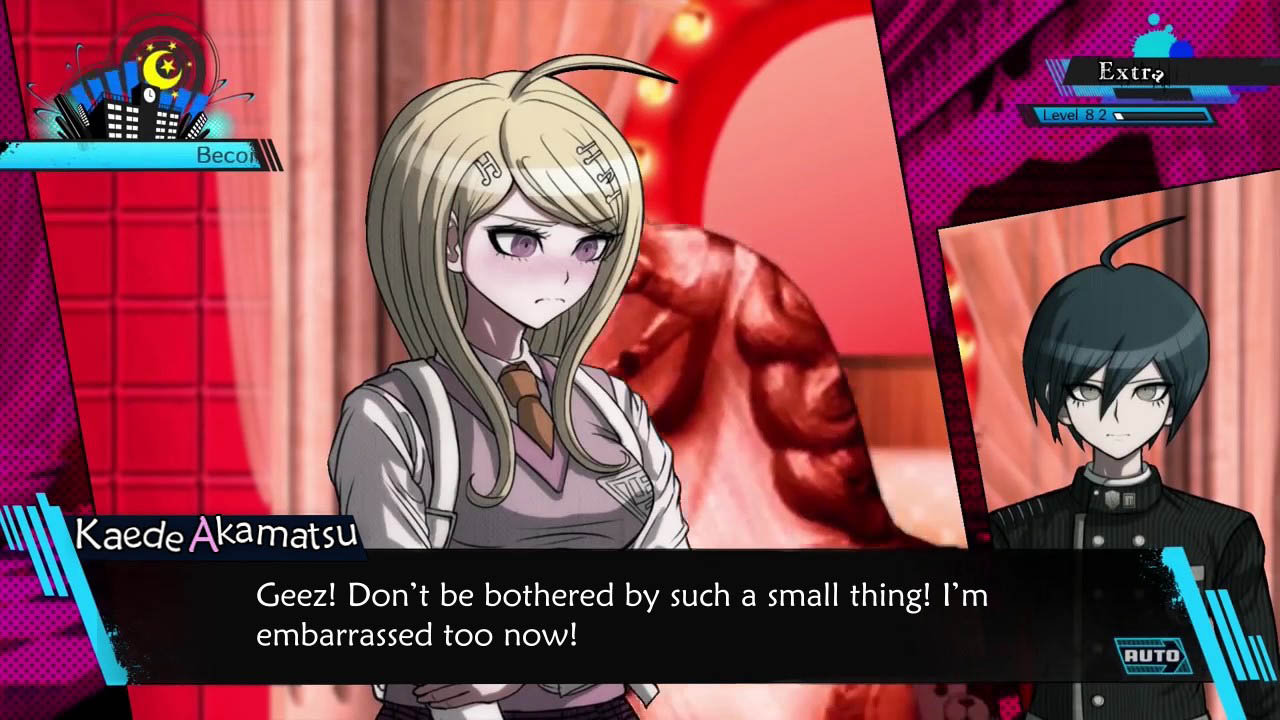 The class trials only take up a portion of the game though. Most the game takes place in first-person as you live out the daily activities of your character. Most of this involves just going from room to room and listening to conversations. Despite how boring this may sounds, the characters and events that occur are actually interesting.

Despite an enthralling premise and story, Danganronpa V3: Killing Harmony is ultimately let down by its gameplay. Reducing the crime solving to a sea of endless mini-games that just aren’t fun takes away from the overall tone of the game. If you can make it past that though, the story is ultimately engaging and will keep you hooked until the end.