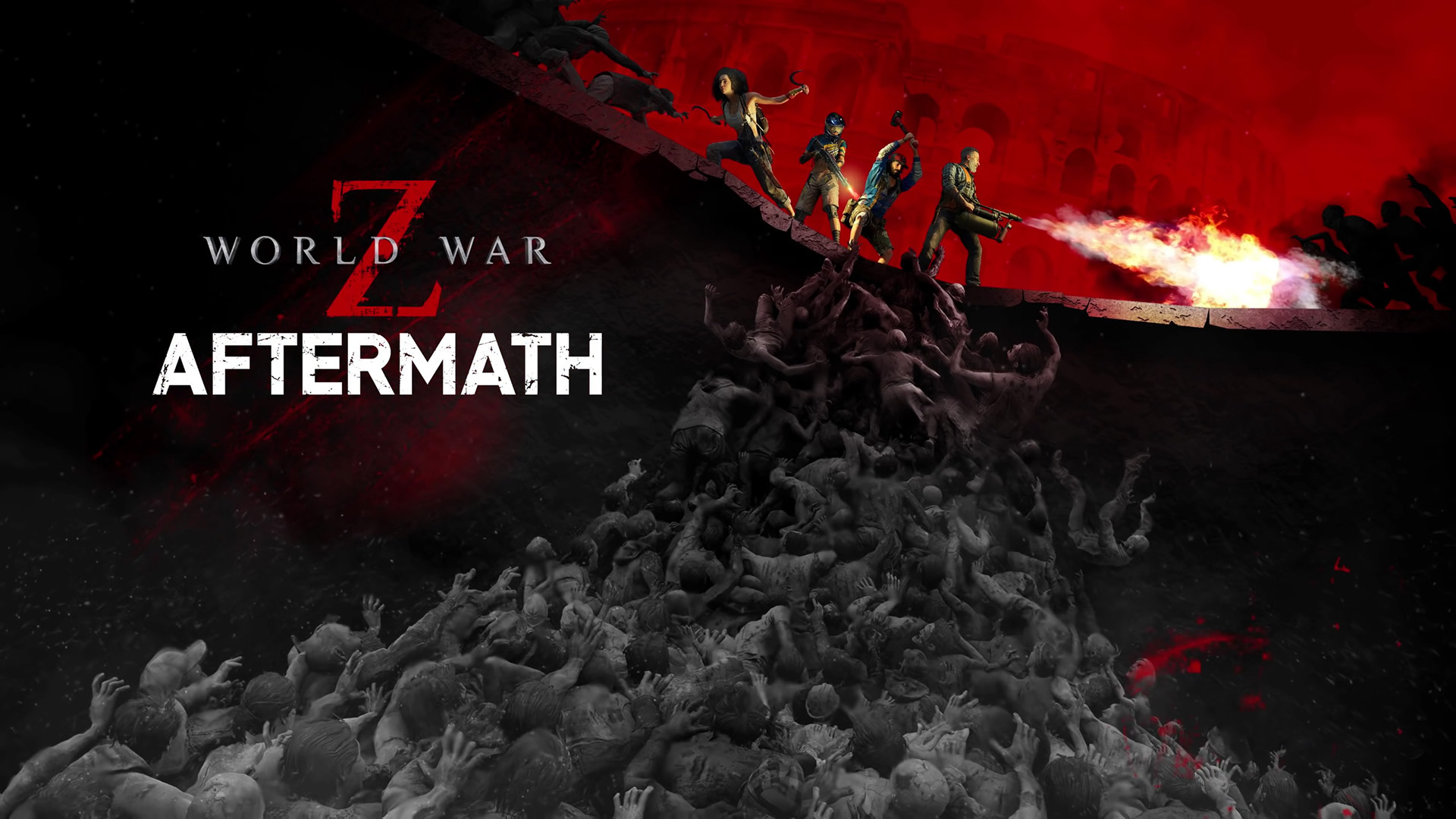 The original release of World War Z, the belated tie-in to the movie starring Brad Pitt, itself loosely based on the book by Max Brooks, was pretty good.

It felt like the spiritual successor to Left 4 Dead. Not bad for a game based on a five-year-old movie.

Even though World War Z: Aftermath seems to be pitched as a sequel, it’s more of a remaster with some extra bits thrown in. Whilst I played the game on PlayStation 5, it was as a PlayStation 4 game running under backwards compatibility.

The formal next-gen patch is to be release at a later date. 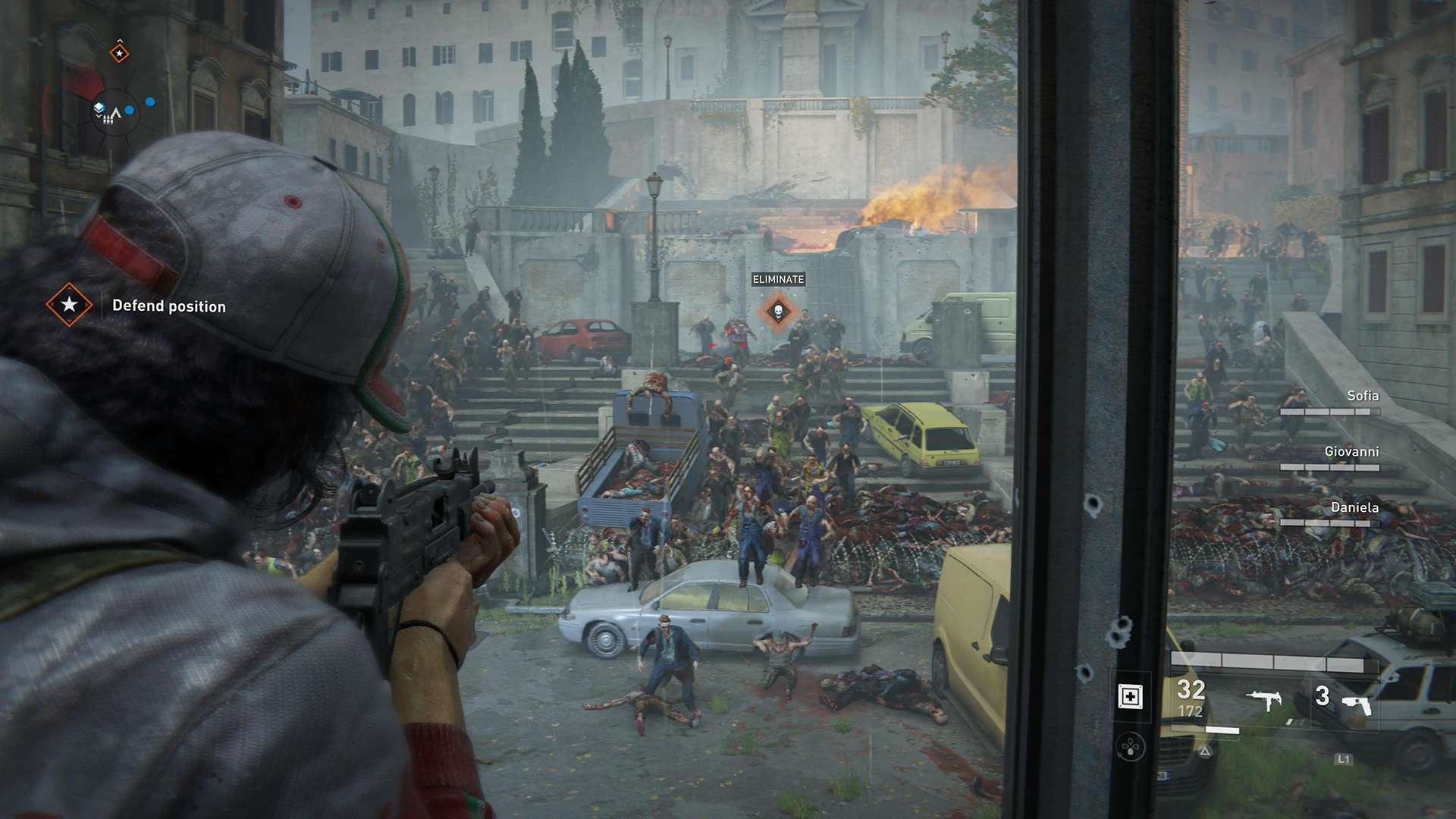 The campaign consists of seven episodes each set in a different location. The original release consisted of New York, Jerusalem, Moscow and Toyko.

An additional location, Marseilles was added as DLC. This release contains all the previous maps plus Rome and the frozen Kamchatka level.

Each location has a few different maps for players to fight their way through.

The episodes are separate stories, with their own characters, and designed to be played in any order. 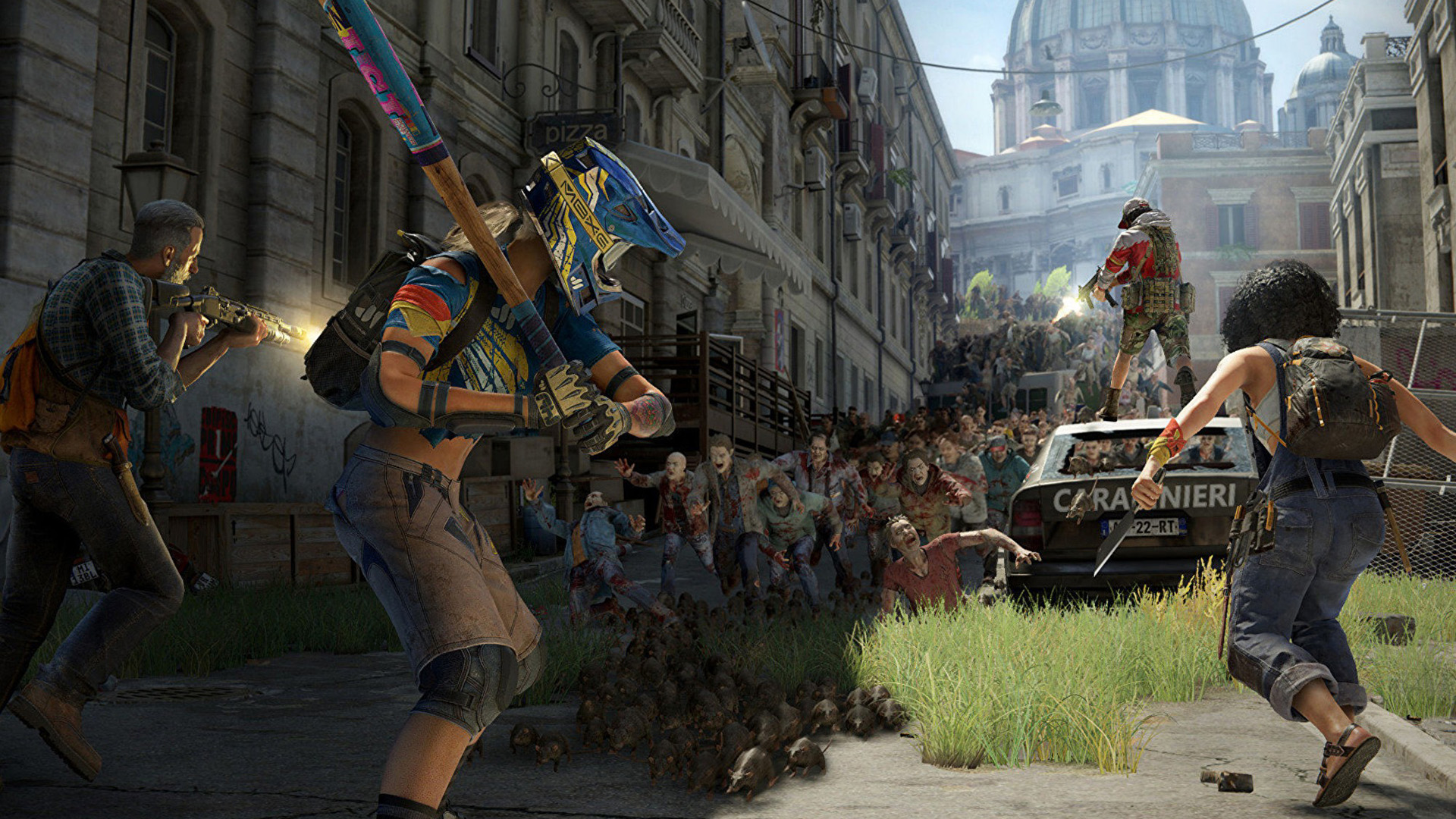 In fact, each of the 23 parts can be selected individually. It’s only the final episode, Kamchatka that continues the story from the Tokyo episode.

The re-issue increases the player classes to eight. The Gunslinger, Hellraiser, Slasher, Medic, Fixer, Exterminator, Drone master are joined by the new Vanguard class. This new class uses the new shield and can charge at zombies with it.

The Left 4 Dead vibe is ever-present.

But World War Z: Aftermath cranks everything up to 11. 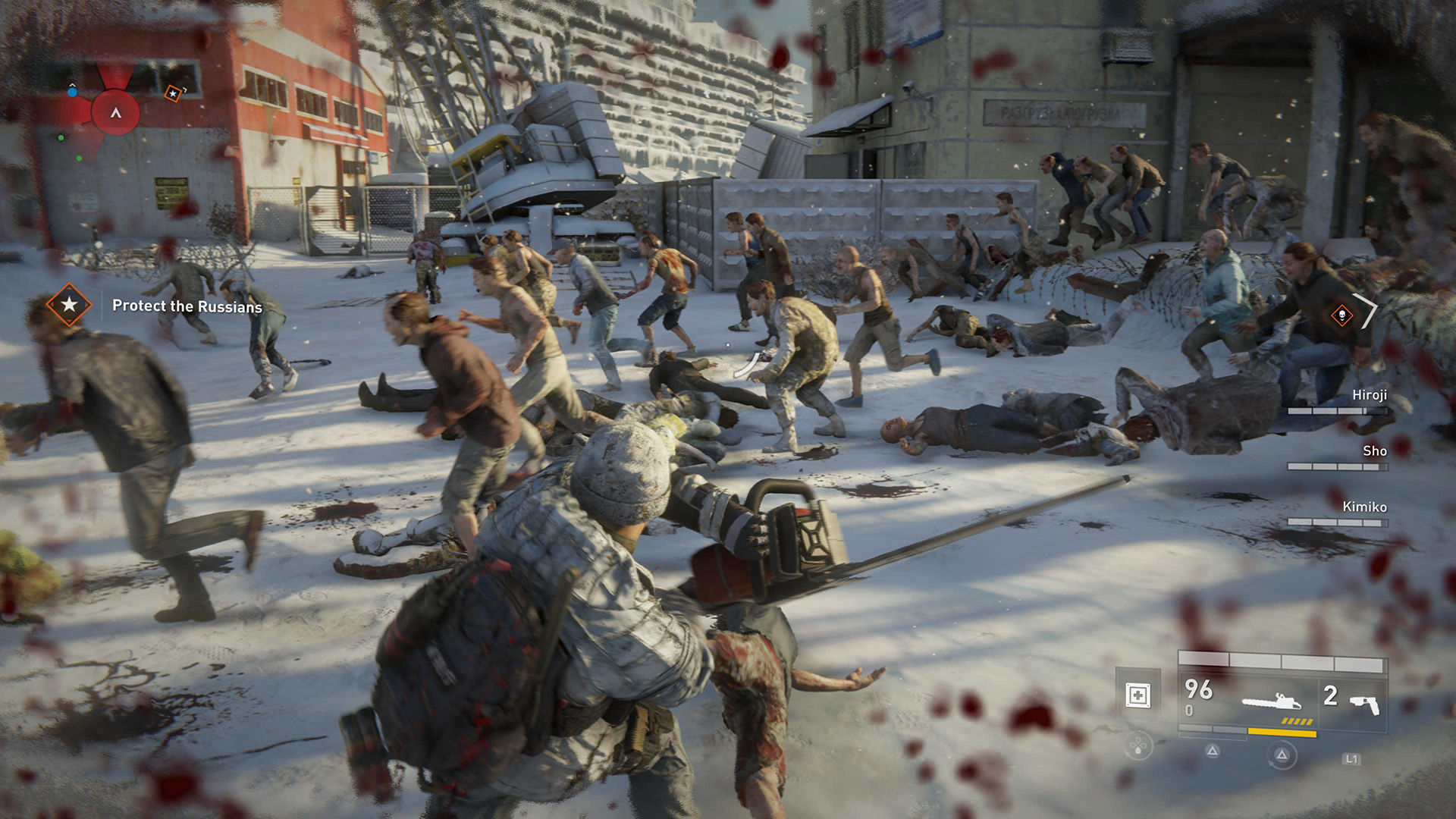 Not even Sony’s Days Gone features as many zombies as this game. The undead horde pour into the various locations just as they do in the movie.

Thankfully, there are defensive items like electrified flooring and turrets that can be positioned to make things a bit easier on our survivors.

The zombie games that followed the Left 4 Dead games, like Dead Rising, Dead Island, and Dying Light, upped the ante when it came to weaponry. 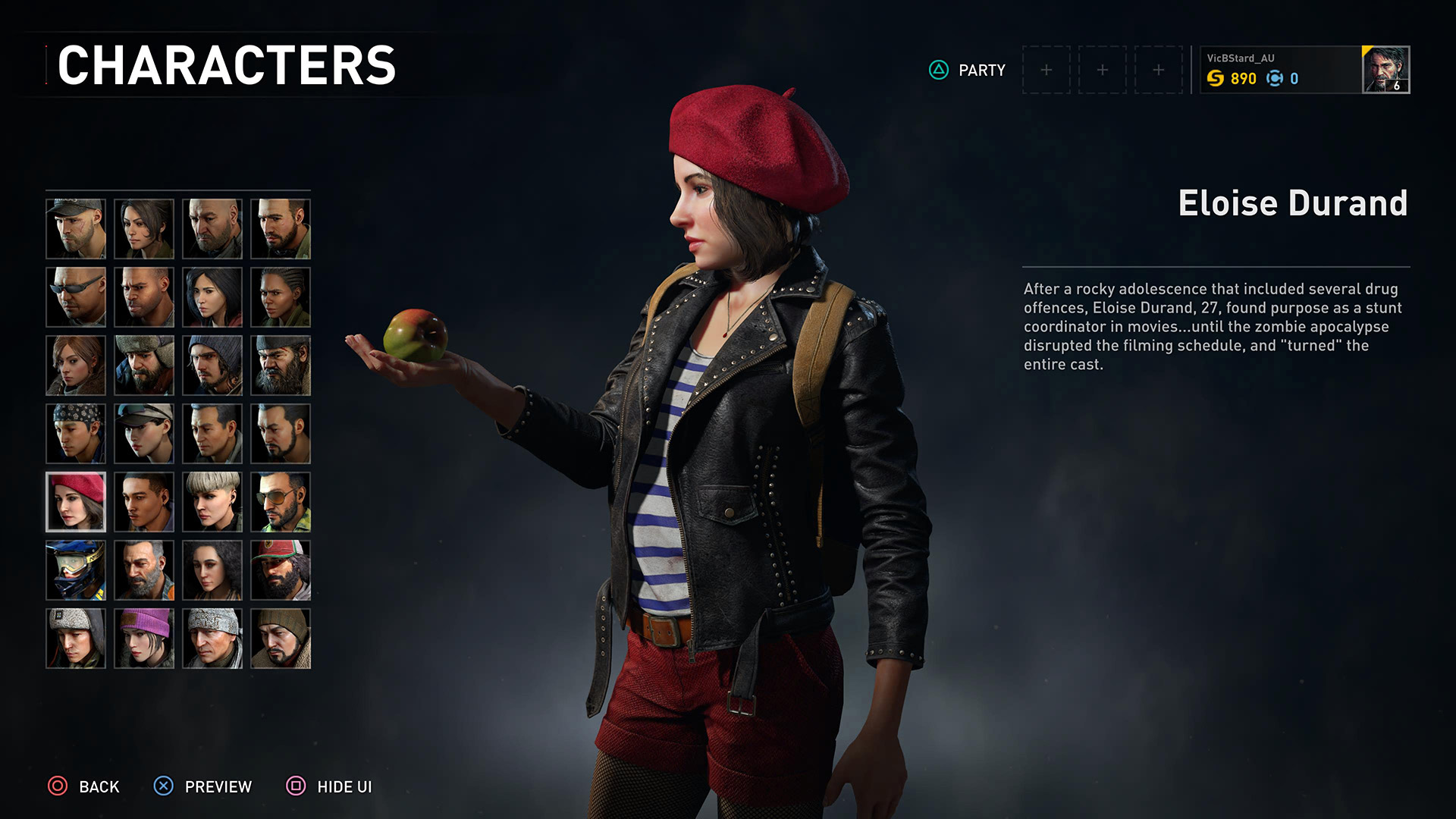 The combat is still high-octane stuff. The carnage is only limited by the number of bullets in your guns.

World War Z: Aftermath makes some other tweaks to the original’s gameplay. Most notably, the original game was exclusively played in a third-person view. Aftermath allows players to choose to play in a first first-person mode similar to other zombie games.

Personally, playing first-person wasn’t my cup of tea as it restricts the view too much, especially when surrounded by the zombie horde.

One of the problems I found with the initial release was the dearth of players and, unfortunately, it’s the same for this rerelease. 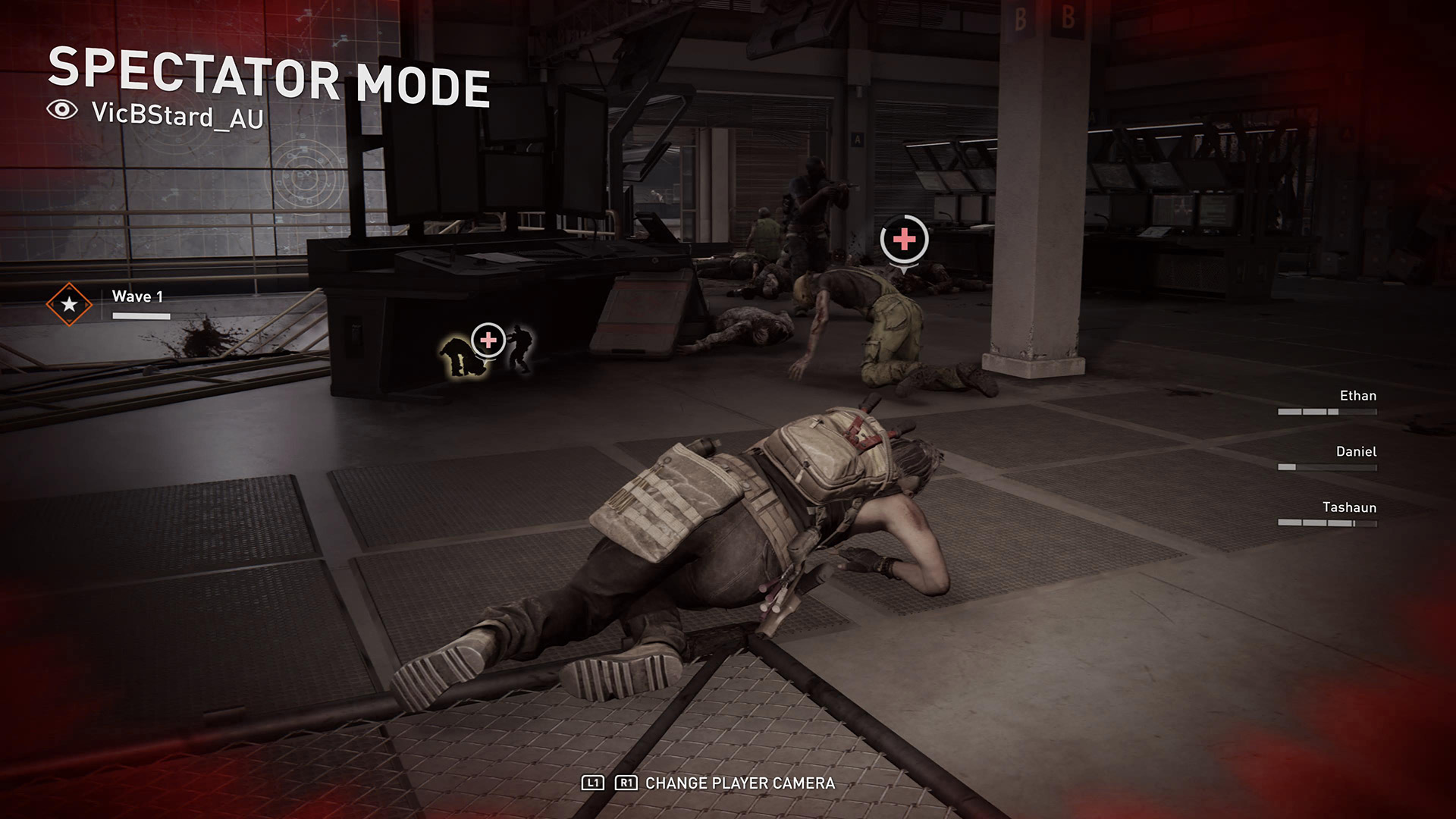 The game has cross-play, as well, with console and PC gamers all being able to play together co-operatively.

Whilst the campaign game is entertaining enough with the AI teammates, it’s not the same as playing with real people.

If you have up to three friends with the game you can play through the campaign in the private online session, but I found it very rare to find real players when set to public online.

Playing the horde mode is no fun with AI teammates and for the multiplayer matches, online players are essential. 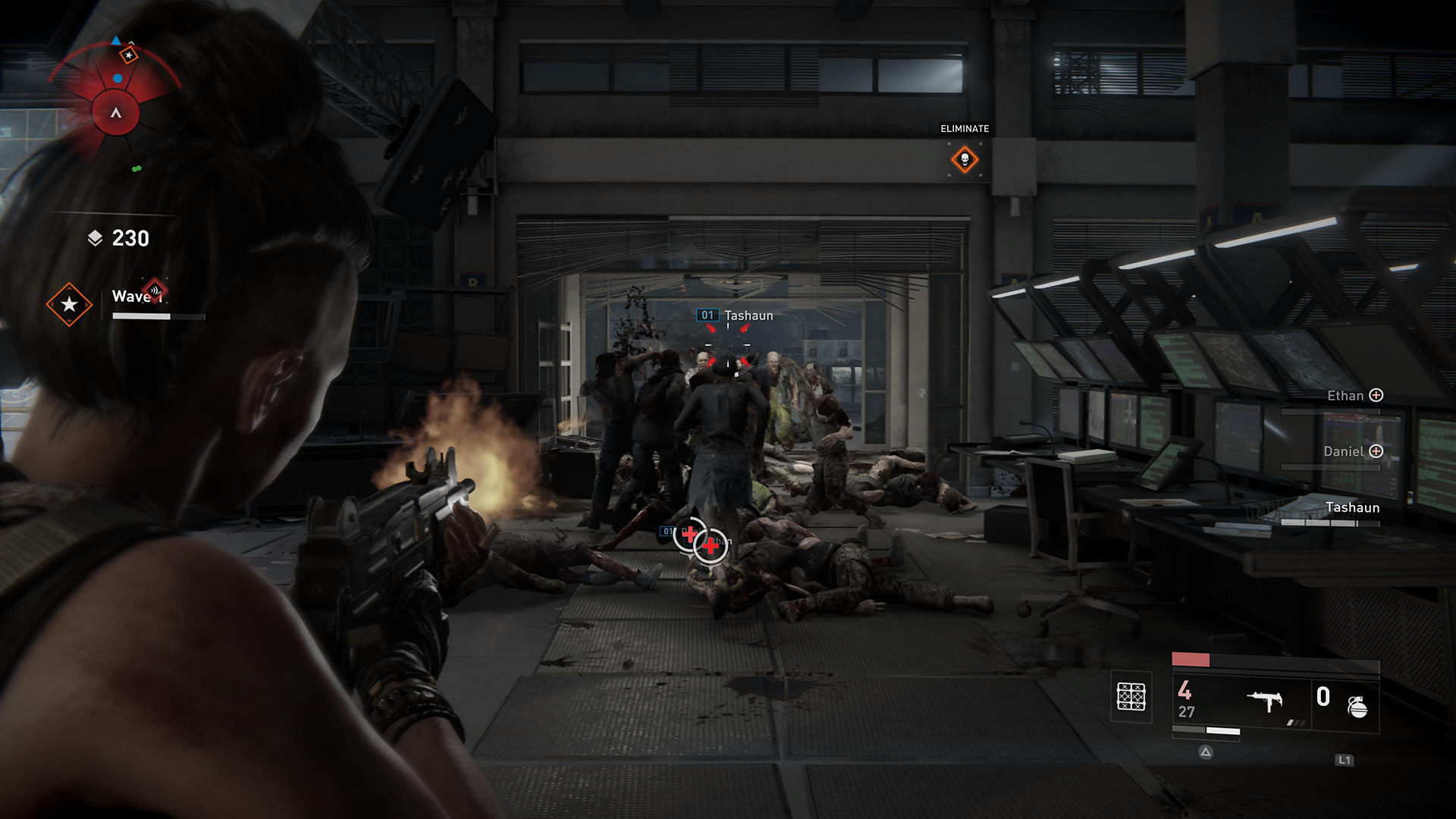 Thankfully the levels are well designed and full of variety.

The story elements of each episode are entertaining enough for the game to function well as a single-player experience. If you want to play alone, the game can be set to be an offline single-player affair.

World War Z: Aftermathis polished and looks really nice on a PlayStation 5. The visuals are crisp and the combat very enjoyable.

The incredible number of zombies on the screen is an engineering marvel, serving to add an element of chaos and anxiety to the proceedings.

It’ll be interesting to see what the next-gen patch for the game, due next year, add to what is already a very fine, if (it would seem) unappreciated, game.

I enjoyed returning to the world of World War Z.

The extra levels and refined gameplay make this expansion/sequel well worth a look if you liked the first game or for some reason missed out the first time around. 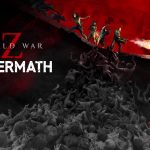 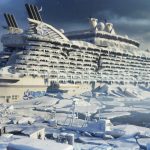 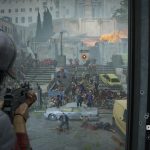 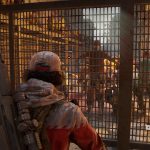 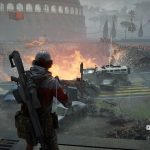 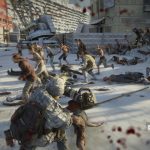 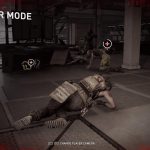 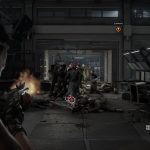 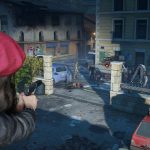 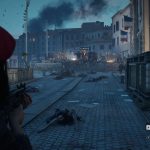 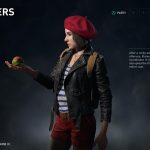 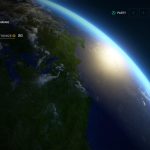 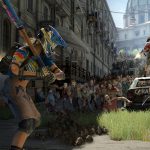