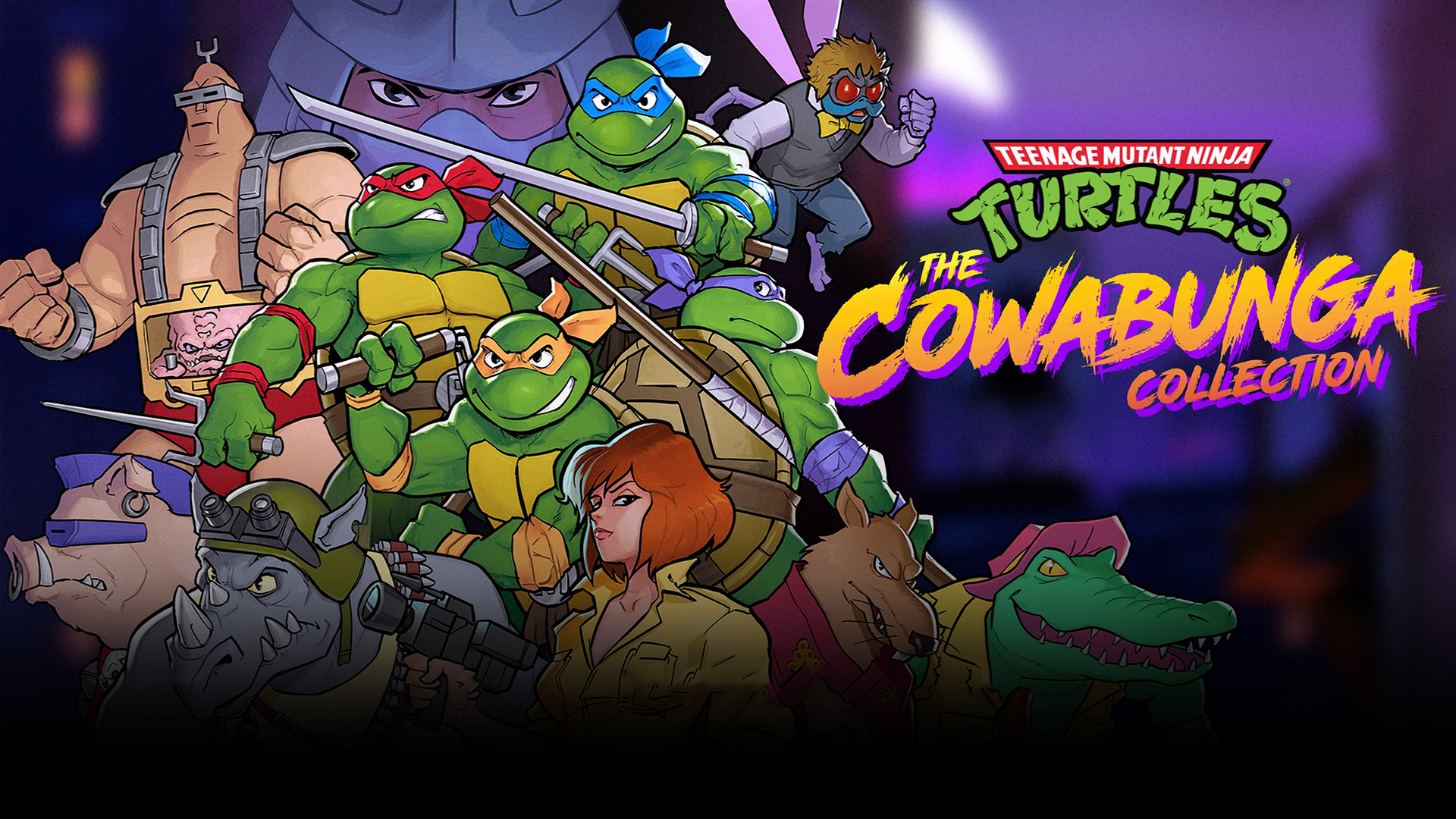 The collection grabs you straight away with the iconic Turtles theme tune and introduction, all polished up for this new arrangement. Thirteen games have been collected together ranging from the arcade cabinets to the Nintendo Gameboy games.

I have a particular fondness for Eastman and Laird’s Teenage Mutant Ninja Turtles. My love of the pizza-chomping amphibians stretches back to the comic book, before the cartoon and toy line that made Leonardo, Donatello, Raphael, and Michelangelo household names. 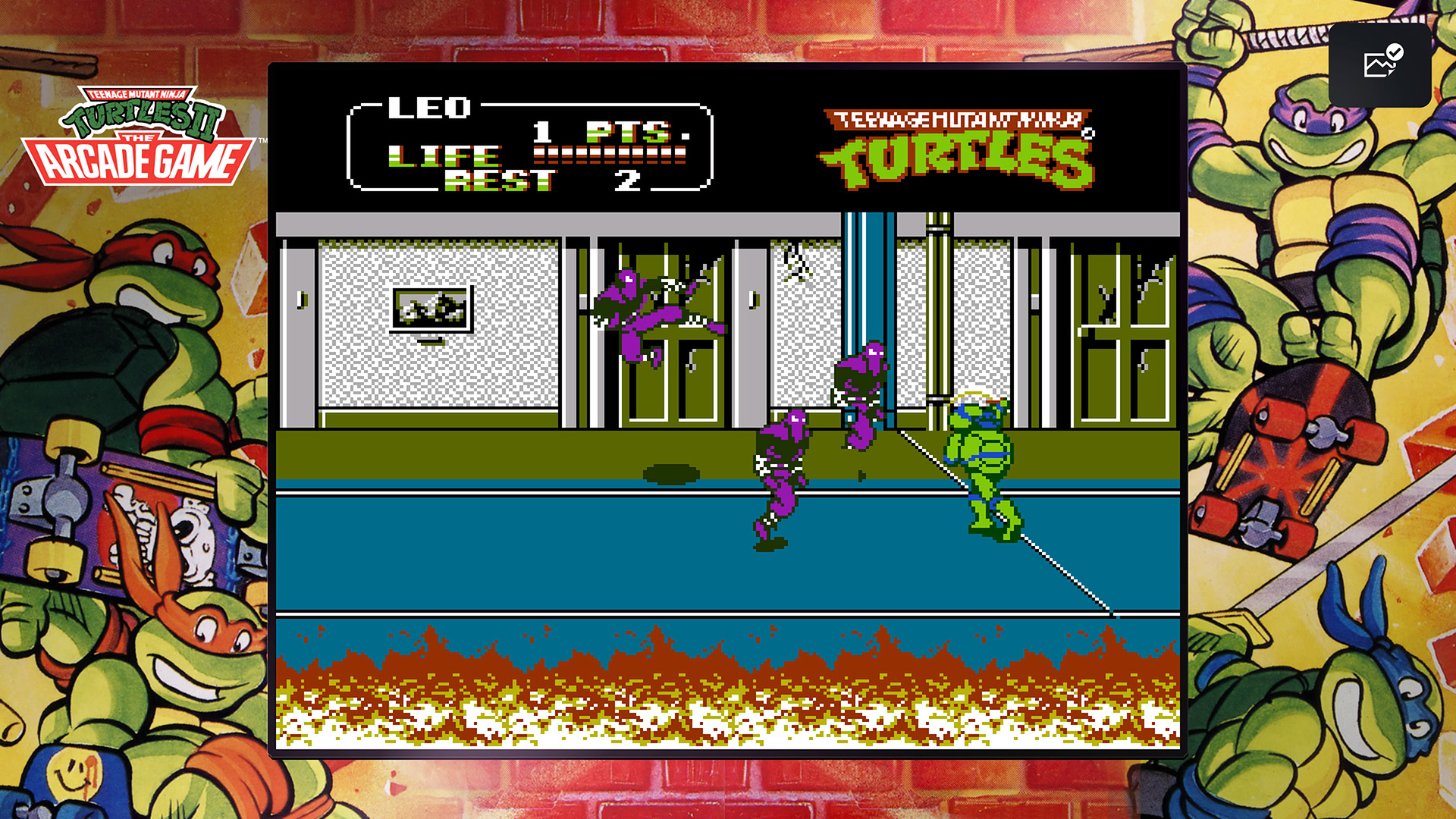 This is a collection that is all about nostalgia. And of all the games presented, your personal favourite will likely depend on where you jumped on board for the Turtlemania that spawned these games. 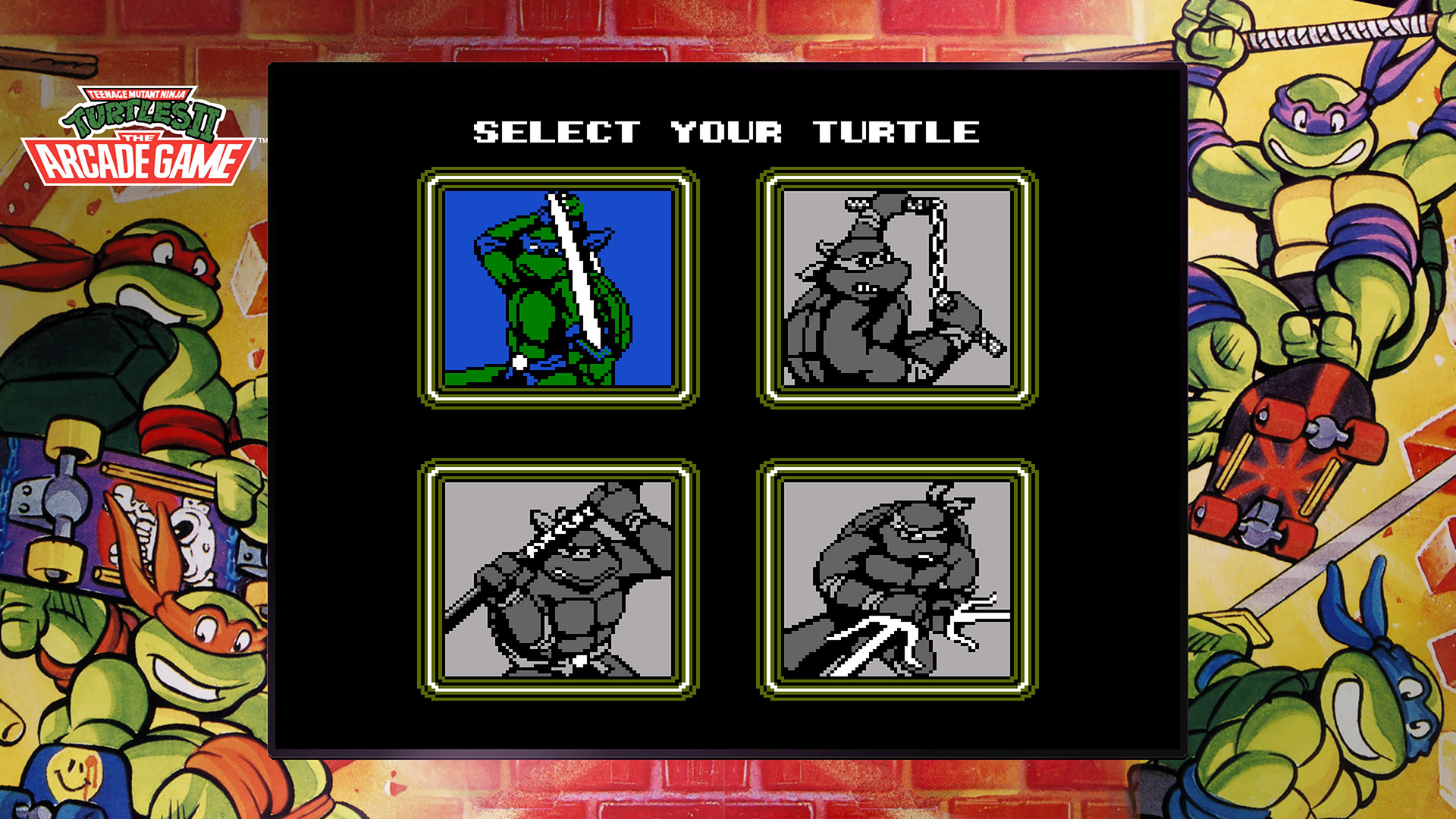 The Nintendo Entertainment System Teenage Mutant Ninja Turtles game is a single-player platform game exclusive to the system, with the two-player TNMT II: The Arcade Game porting the cabinet game to the console. The two-player NES TMNT III: The Manhattan Project has the same gameplay style as the arcade game.

The NES, Super Nintendo, and Sega Genesis versions of Teenage Mutant Ninja Turtles: Tournament Fighters are included. This game takes inspiration from Streetfighter, pitting the turtles against a range of foes.

The second of the two included SNES games is Teenage Mutant Ninja Turtles IV: Turtles in Time. This being a two-player home console port of the arcade cabinet sequel. The two-player Sega Genesis TMNT: The Hyperstone Heist, again, continues with the same gameplay style as the original arcade game. 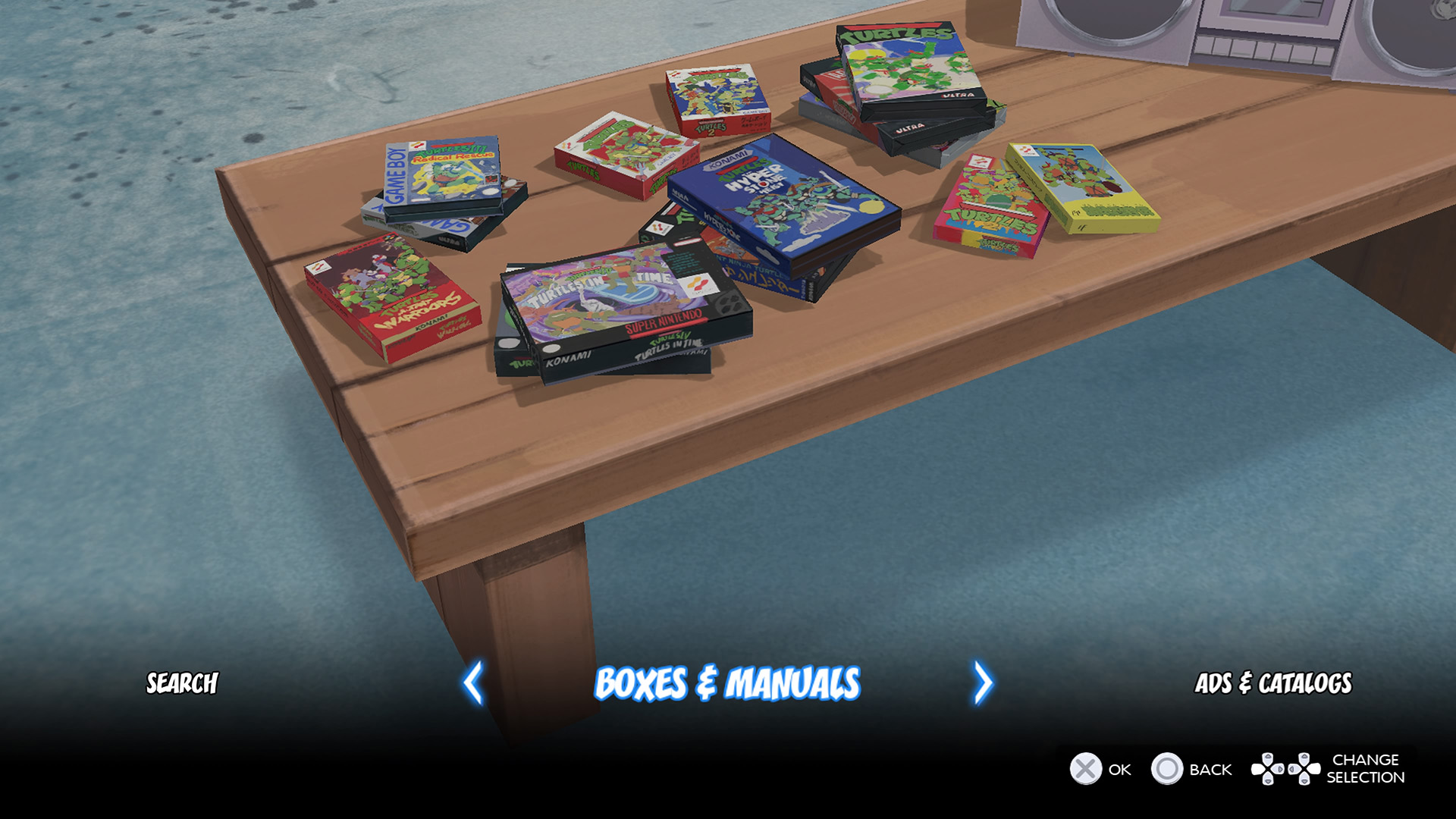 The package is rounded off with the Gameboy version of TMNT: The Fall of the Foot Clan, TMNT II: Back from the Sewers, and TMNT III: Radical Rescue. These are all presented in their original black and white as with the LCD screen on the vintage handheld console.

As a special extra, there are also online versions of the two four-player arcade games, the two-player SNES version of Tournament Fighters, and the two-player Genesis game, The Hyperstone Heist.

Many of the games have enhancements and cheats that can be activated. There are mid-game saves, border and screen options, and filers that mimic old TVs, etc. The games have been presented in a way that allows them to be enjoyed by anyone. 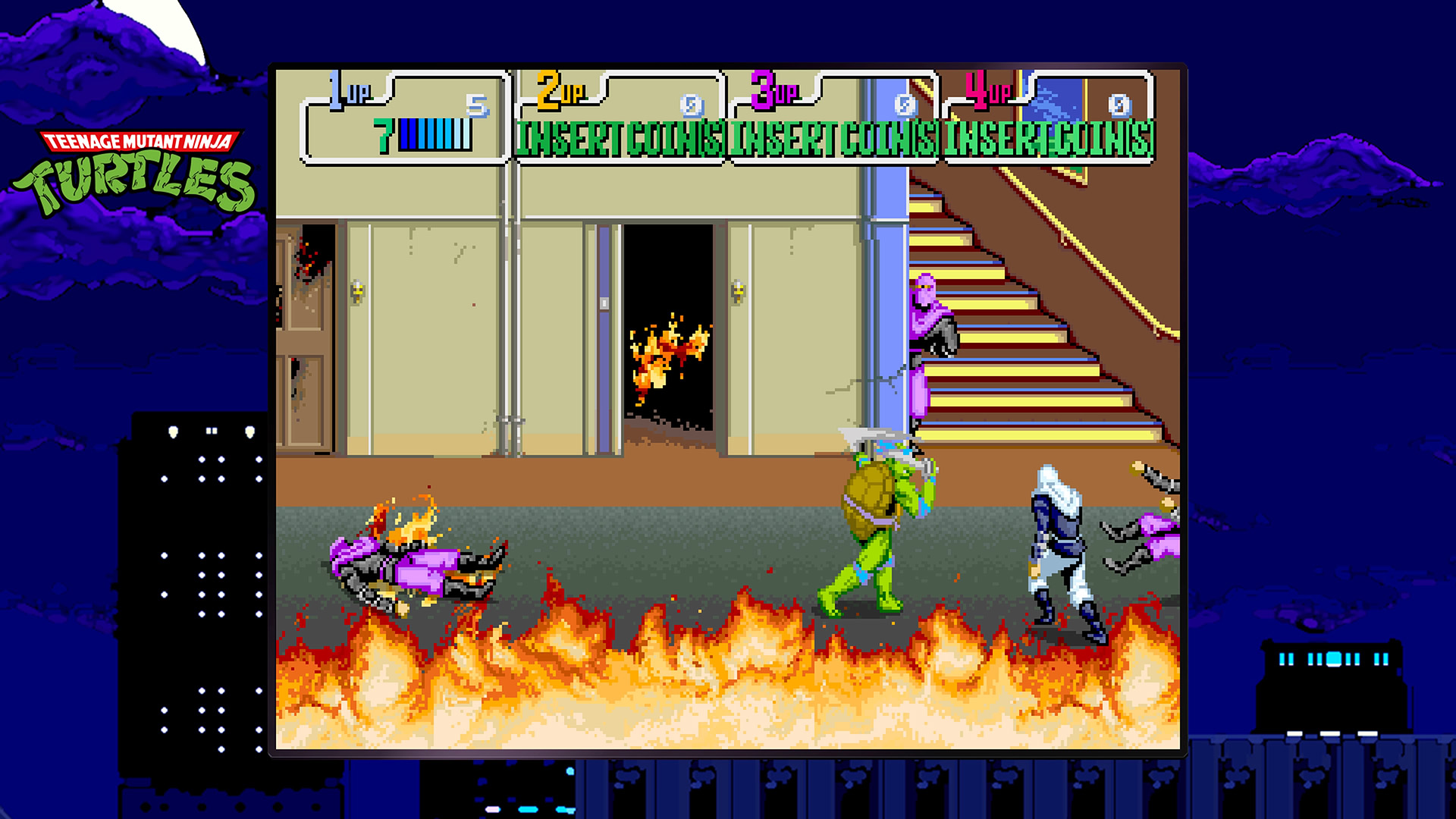 As well as the games, The Cowabunga Collection includes a media museum of sorts in the Turtle Lair section. Here you will find images of vintage game adverts, production stills, game boxes, and instruction books. There’s even a music archive from all the games. These extras also go beyond the video games and include images from the comic books and animated cartoons. This is a great feature and really caps The Cowabunga Collection off as an archival presentation rather than just a game collection.

Teenage Mutant Ninja Turtles: The Cowabunga Collection is a fascinating package. It is as much a piece of retro gaming nostalgia as is a lovingly prepared virtual museum of the classic Teenage Mutant Ninja Turtles games. As is often the way with our old favourites, the games may not be as good as you remember them. If anything, this serves as a good remember of how far video games have come in the last 30 years. It’s an impressive trip down memory lane for those wanting to rekindle a miss-spent young, but expect funny looks from your kids as you explain to them what a great game looked like when you were their age. 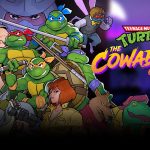