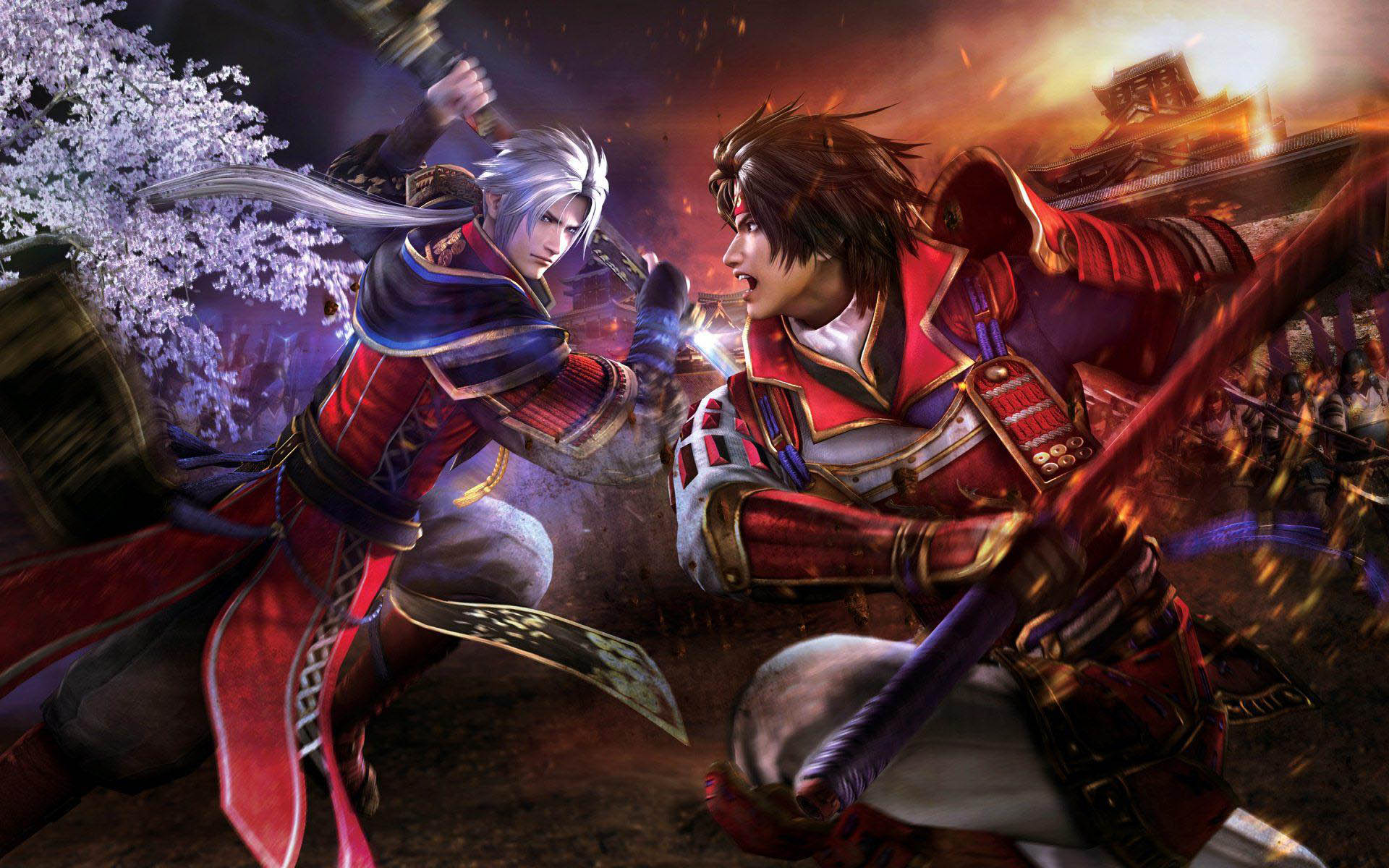 With Samurai Warriors 4 Empires, Omega Force has taken the button mashing 1 v 1000 extravaganza of Samurai Warriors 4 and melded it into in the curious form of a strategy game. While the premise itself is appealing, unfortunately Omega Force’s delivery fails to make the game live up to its potential.

The game revolves around controlling one of various clans during a certain period in Japan. Playing as the clan you can choose to either attempt to take over set territories based on your clan’s ambitions or all of Japan. To me the most fun is had with the latter where you truly get to forge your own empire.

Like previous entries in the series, the game features a split empire management and battle system.

The empire management uses a turn based system which predominately takes place through an interface at your faction’s castle. The basic function of the castle is to select directives for that turn which range from restoring troops to increasing commerce in a territory. 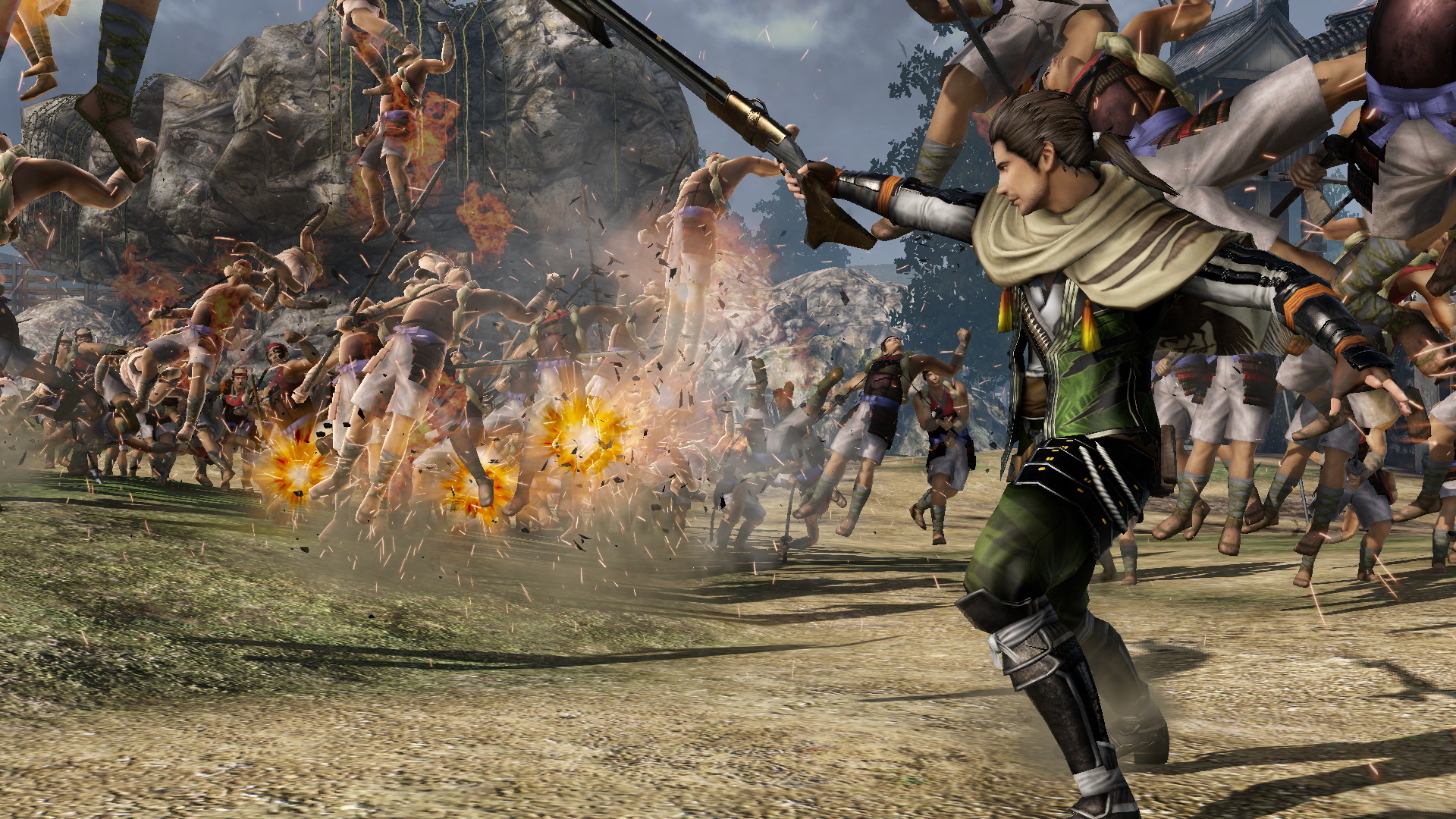 Selecting these directives doesn’t require much thought or consideration though. It is always very apparent what your empire needs the most and the directive you need to select to get there. The simplicity and lack of consideration required makes the empire management system too easy to be enjoyable.

After you select your directives, you are given the option to participate in one battle for the turn, either in defence or attack. Once you select the battle, things become very reminiscent of a typical third-person hack and slash Warriors game with a slight strategic twist.

The map is filled with interlinking bases which at the beginning of the battle is almost entirely in control of the enemy regardless of who is attacking and who is defending. Your goal is to take down enemy bases to form a link from your base to their main camp. Once you have formed the link, the enemy general comes out of hiding and it is simply a matter of taking them down. 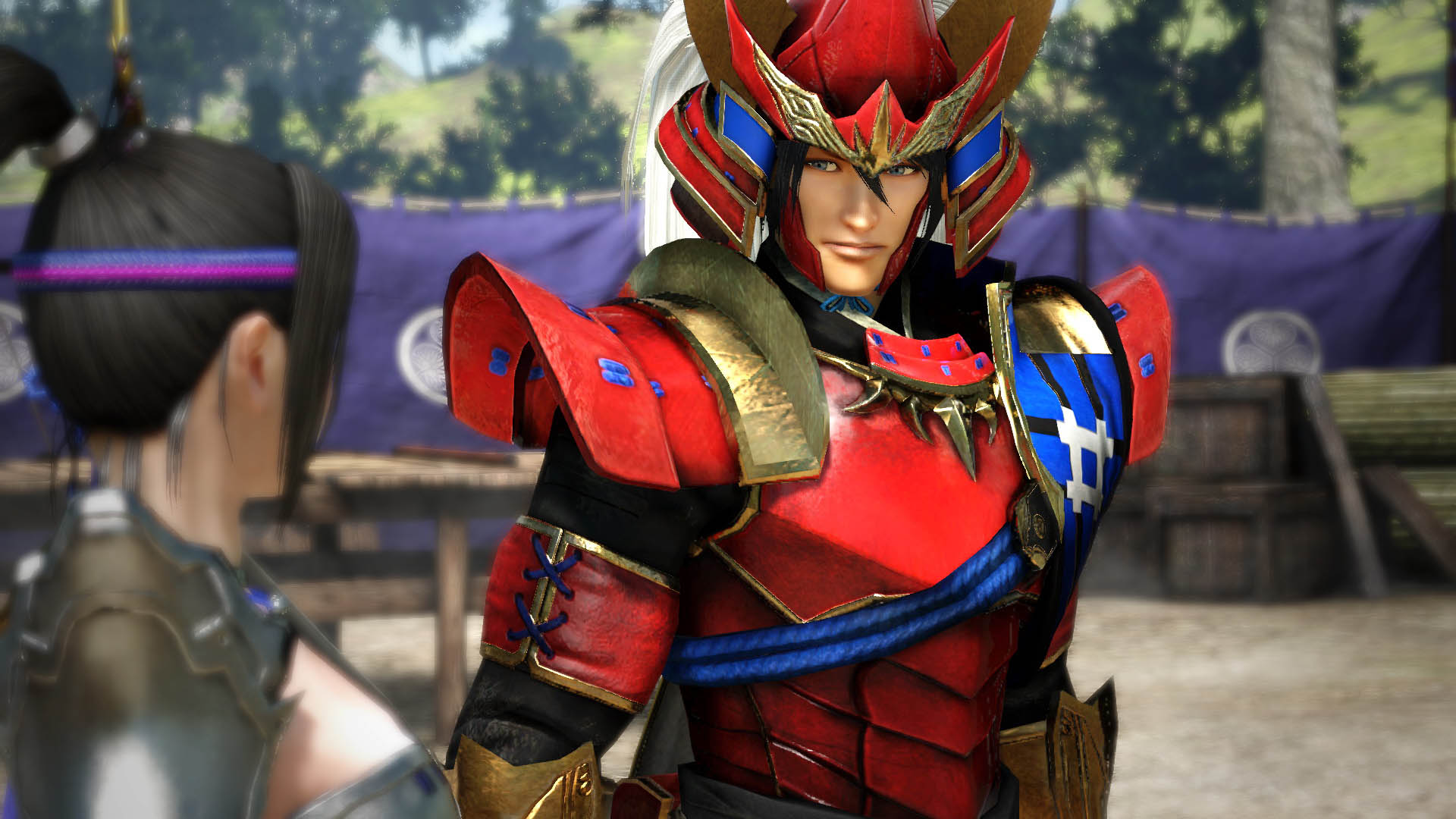 The strategy part primarily centres around choosing which bases yourself and your allies attack. You can only attack a base which has a link to your own main base. You can also take bases through breaking the link between itself and the enemy maincamp by claiming bases further up the chain.

The difficulty in each battle comes not via challenging enemies but instead in the form of a countdown timer. Given enough time you will surely be able to defeat your foes, your time however is extremely limited, typically 12 minutes per battle. You can increase this by allocating more resources prior to the battle. In order to meet this limit, you will find yourself micromanaging your fellow officers on the battlefield to ensure your link of bases is adequately defended and strategic bases are taken. 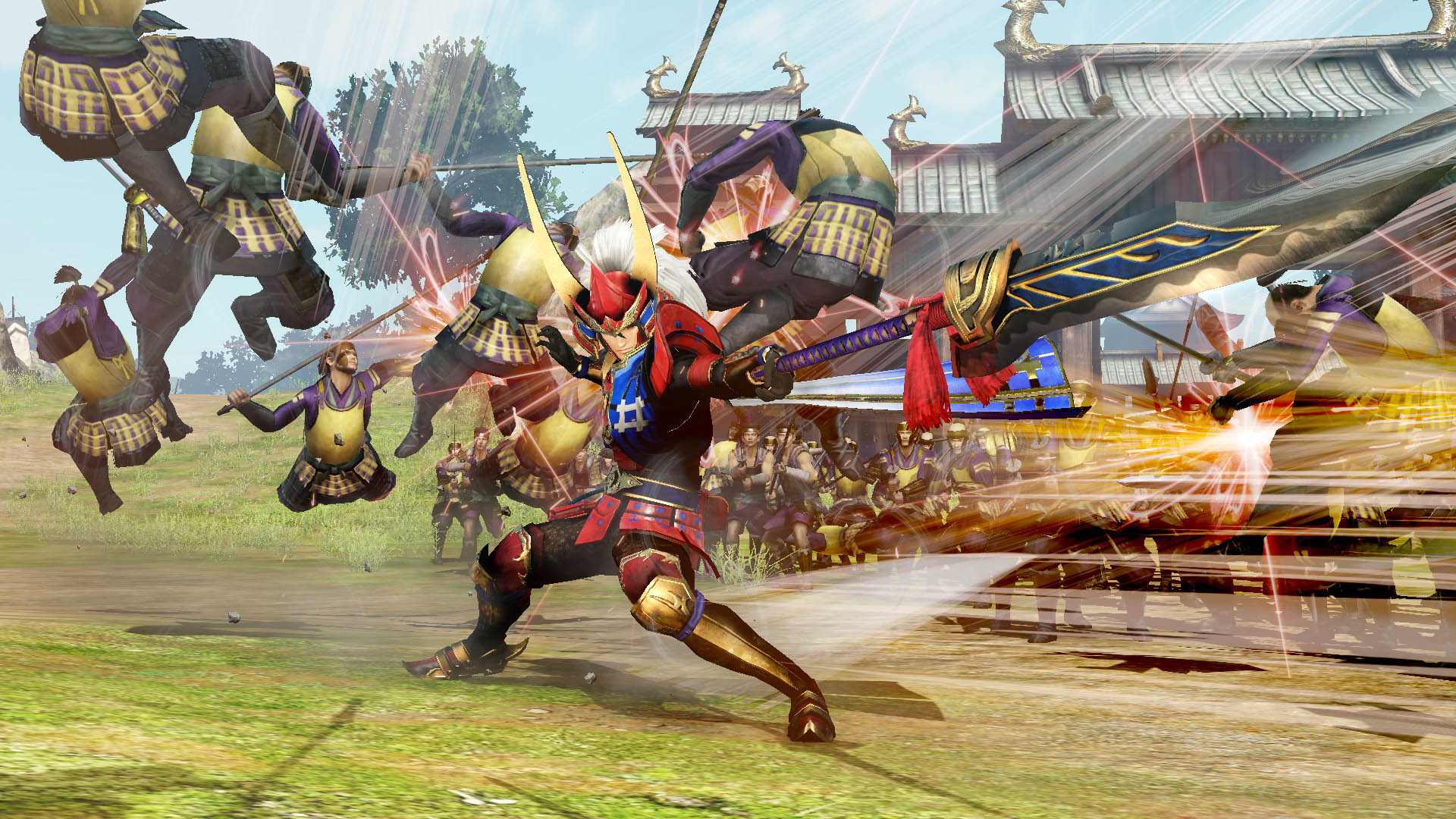 While this strategy element is welcome, the battles all playout generally the same and quickly become monotonous and repetitive. There are some side missions thrown in whereby you have to use a certain officer to complete an objective based around KO’s or defeating an officer. These missions little to mix things up and generally proves to be more tedious than anything else.

Despite its lackluster gameplay, I curiously found myself becoming somewhat addicted with a ‘one more turn’ mentality plaguing my mind. You needn’t worry about ploughing through this game too quick though as conquering Japan proves to be a time consuming affair. Even once done, there are still other time periods to play through with dozens of factions ensuring that you could you will never have to worry about running out of content. 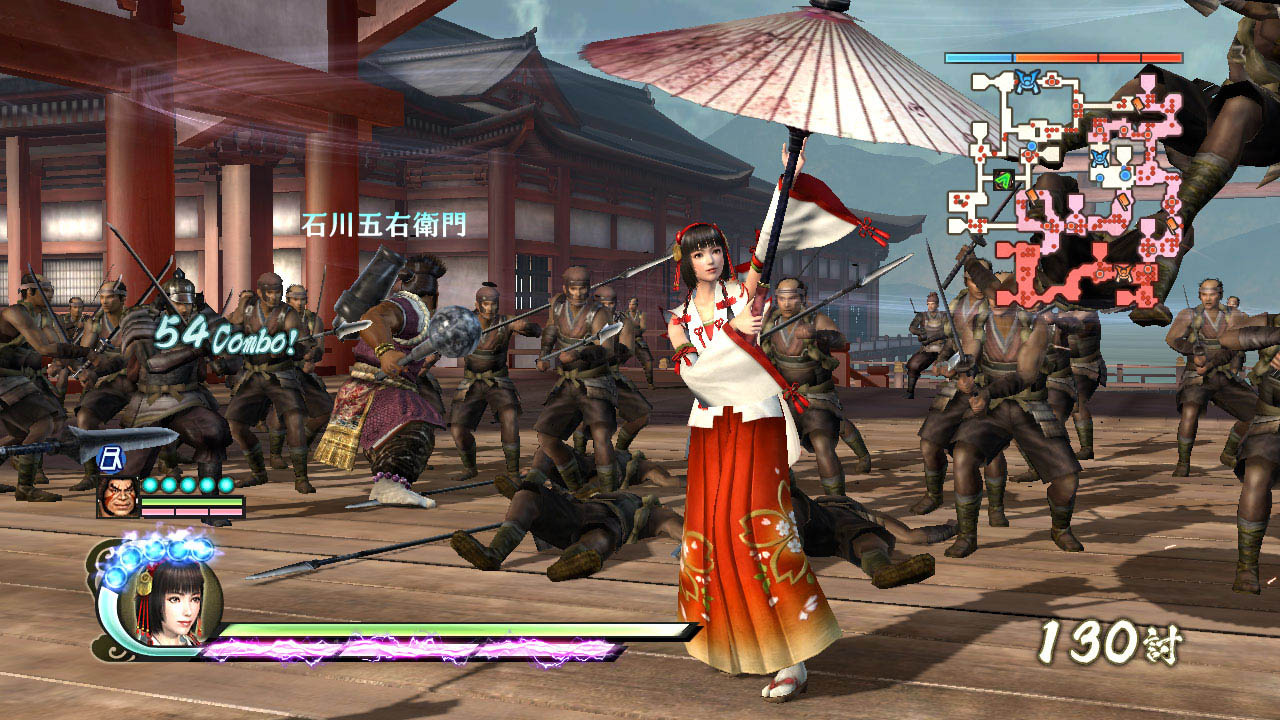 The voice acting in the game is entirely in Japanese with English subtitles, something that may put off some. This isn’t a big issue in battles as what people say generally isn’t important and you are able to look back through the battle log to find out what exactly happened.

While there is a focus on strategy in Samurai Warriors 4 Empires, it doesn’t feel deep enough. The empire management is simplified down to only being able to make a couple of minor decisions. The battles themselves prove to be repetitive and dull. Despite its shortcomings, I did find it hard to tear myself away from the game once invested in an empire. While there is much potential in a strategy focused Warriors game, Samurai Warriors 4 Empires unfortunately fails to reach these heights.