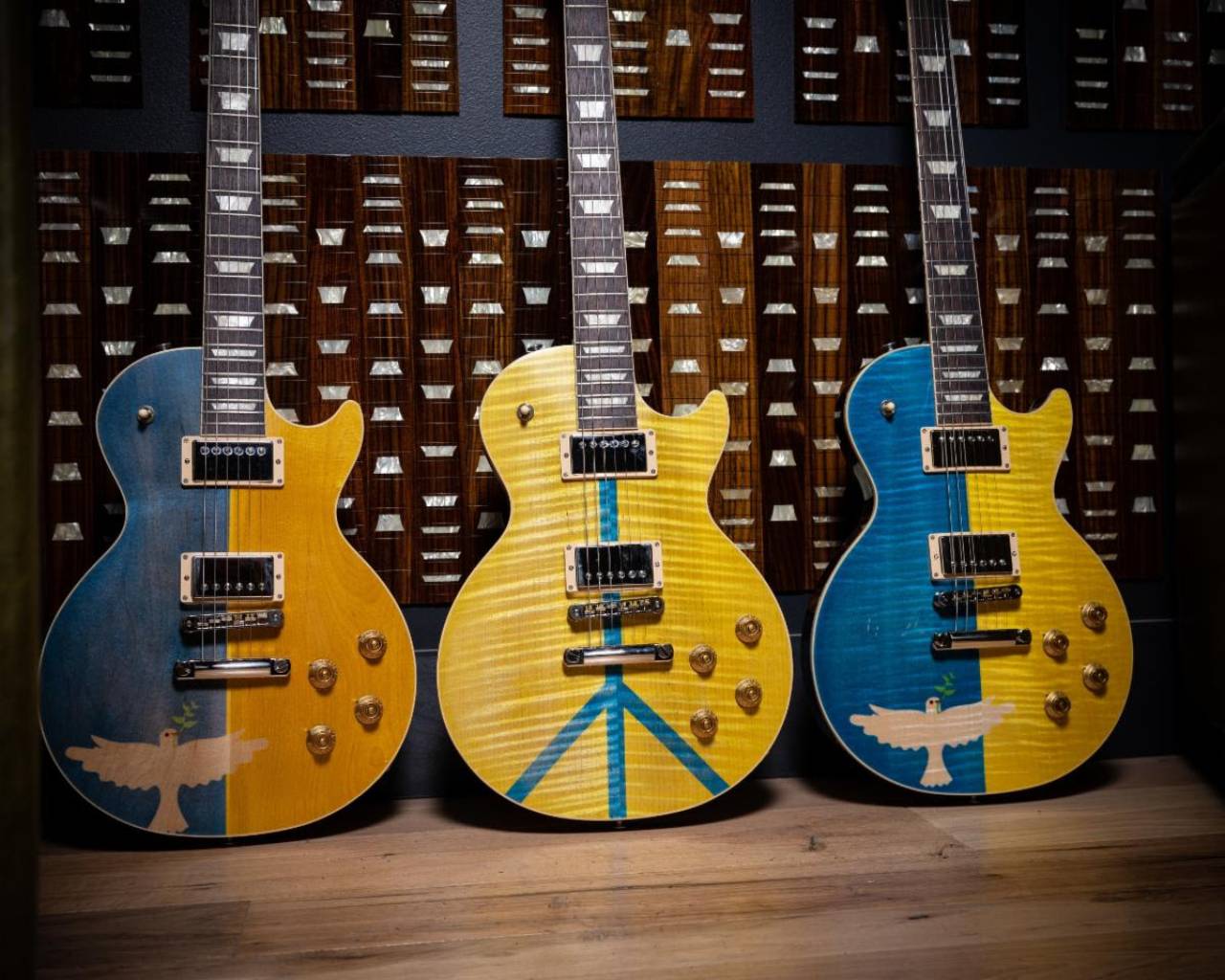 Gibson and Gibson Gives, its philanthropic arm, are bringing the music community together to stand behind the Ukraine Relief effort, raising awareness and funds to aid the people of Ukraine.

Gibson partnered with artists to perform with the Ukraine guitars on stage on tour this summer. Autograph books traveling alongside each guitar have been autographed by Paul McCartney, The Rolling Stones, Slash, Fher Olvera of Maná, Nile Rogers of Chic, Mark Knopfler, Lzzy Hale, Margo Price, Alex Lifeson, Blossoms, The Fratellis, Kasabian, Madness, Maisie Peters, Paloma Faith, The Charlatans, The Vaccines, Toyah, My Chemical Romance, and actor Jason Momoa, among others. 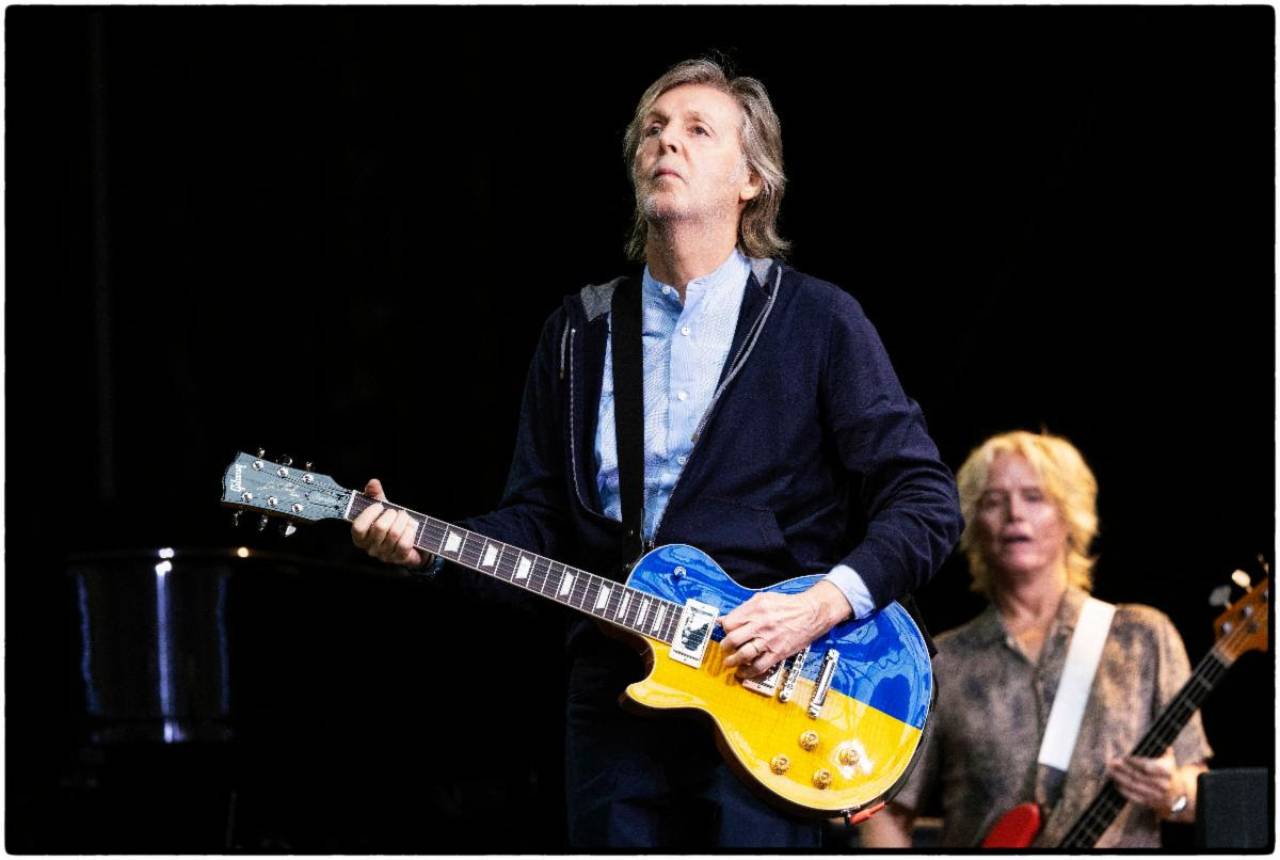 Starting on October 11th, 2022, bidding will open for the Gibson Guitars For Peace Ukraine guitars and their autograph books as part of Julien’s Auctions, the auction house to the stars, “Icons & Idols: Rock ‘N’ Roll” live auction.

Bidding will conclude with the live auction on Friday, November 11th, Saturday, November 12th, and Sunday, November 13th 2022, online via www.JuliensLive.com and in-person at the Hard Rock New York. Registration is required to bid in this auction and can be done in person or online before the sale via the registration page to bid by phone, proxy, or in person, or online. For inquiries, please email or call.

100% of the funds from the auction of the Gibson Guitars For Peace Ukraine Relief guitars will go to the current humanitarian need for the people of Ukraine, as well as rebuilding efforts once the conflict ends. 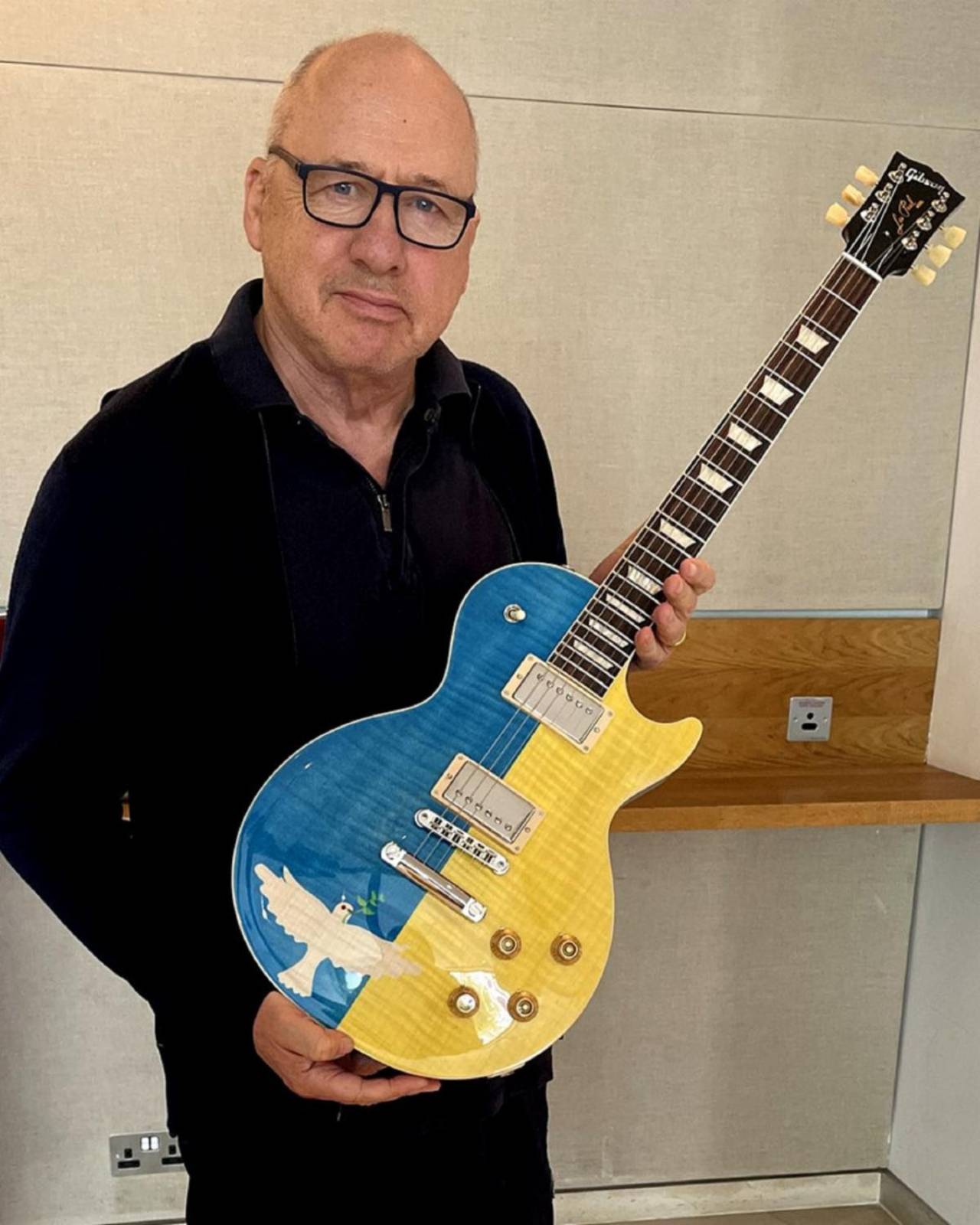 Mark Knopfler with the Gibson Guitars For Peace Les Paul

The Gibson Gives Ukraine Relief guitars feature the colors of the Ukrainian flag, which is a worldwide symbol of international solidarity for the freedom, democracy, and independence of the Ukrainian people. The Azure Blue color on top signifies Ukraine’s great blue skies, while the Gold below denotes the massive fields of grain that cover three-quarters of the country; the flag of Ukraine represents its role as the breadbasket of Europe.

A strong symbol of pride, the Ukrainian flag was created in 1848 and has flown high as the national flag of Ukraine for over 30 years since Ukraine achieved its independence.

“I’m happy to auction this beautiful guitar of mine to benefit the fine people of Ukraine,” says Paul McCartney. “Hopefully it will help them through this aggressive Russian invasion.”

“It is an honor to represent the brave sovereign state of Ukraine,” says SLASH. “I’m proud to support them during this conflict.”

“Once again, Gibson Gives rises to the occasion!” says Alex Lifeson of RUSH. “I’m proud to count myself in as a supporter of the Guitars For Peace initiative in aid of the people of Ukraine.” 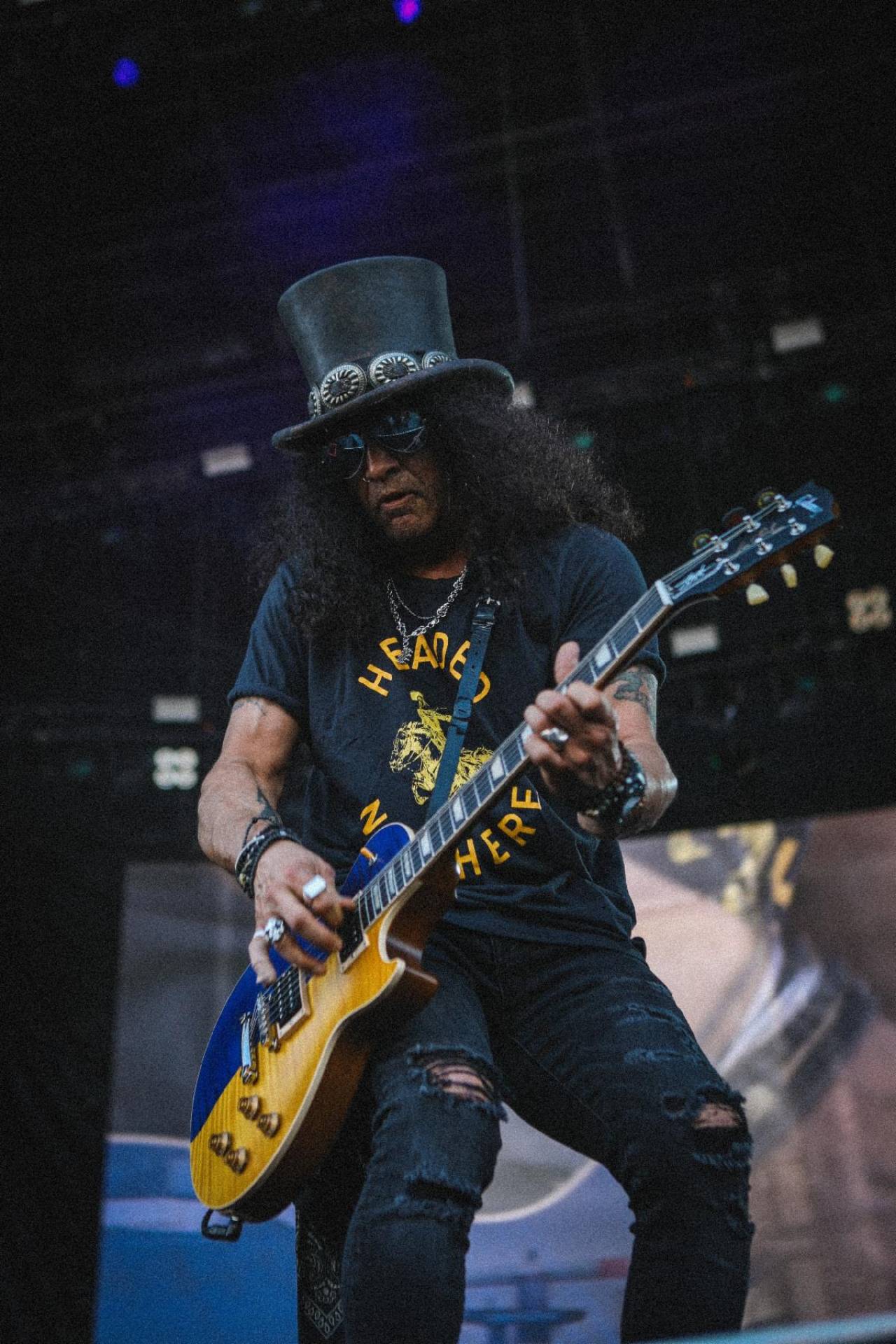 “It’s been heartbreaking to watch the innocent people of Ukraine in such turmoil,” adds Lzzy Hale of Halestorm. “I’m so proud of my Gibson family for stepping up to provide a bit of hope to our fellow humans.”

“For many centuries, music has always played a pivotal role in uniting communities and countries, especially during times of conflict,” says James “JC” Curleigh, President and CEO of Gibson Brands. “Despite the dark circumstances, we stand by our amazing artists with our support to launch ‘Guitars for Peace,’ and to envision a better future for Ukraine and its citizens.”

In addition to the guitars, Gibson has launched the Guitars For Peace T-Shirt to allow everyone across the globe to show their support for Ukraine in an affordable way. 100% of funds from the sale of Gibson Ukraine guitars and the Guitars For Peace T-Shirts will be donated to immediate humanitarian relief efforts in Ukraine through the Disaster Emergency Committee, a portion of the funds will also be used to re-establish music programs in Ukraine when the conflict ends.