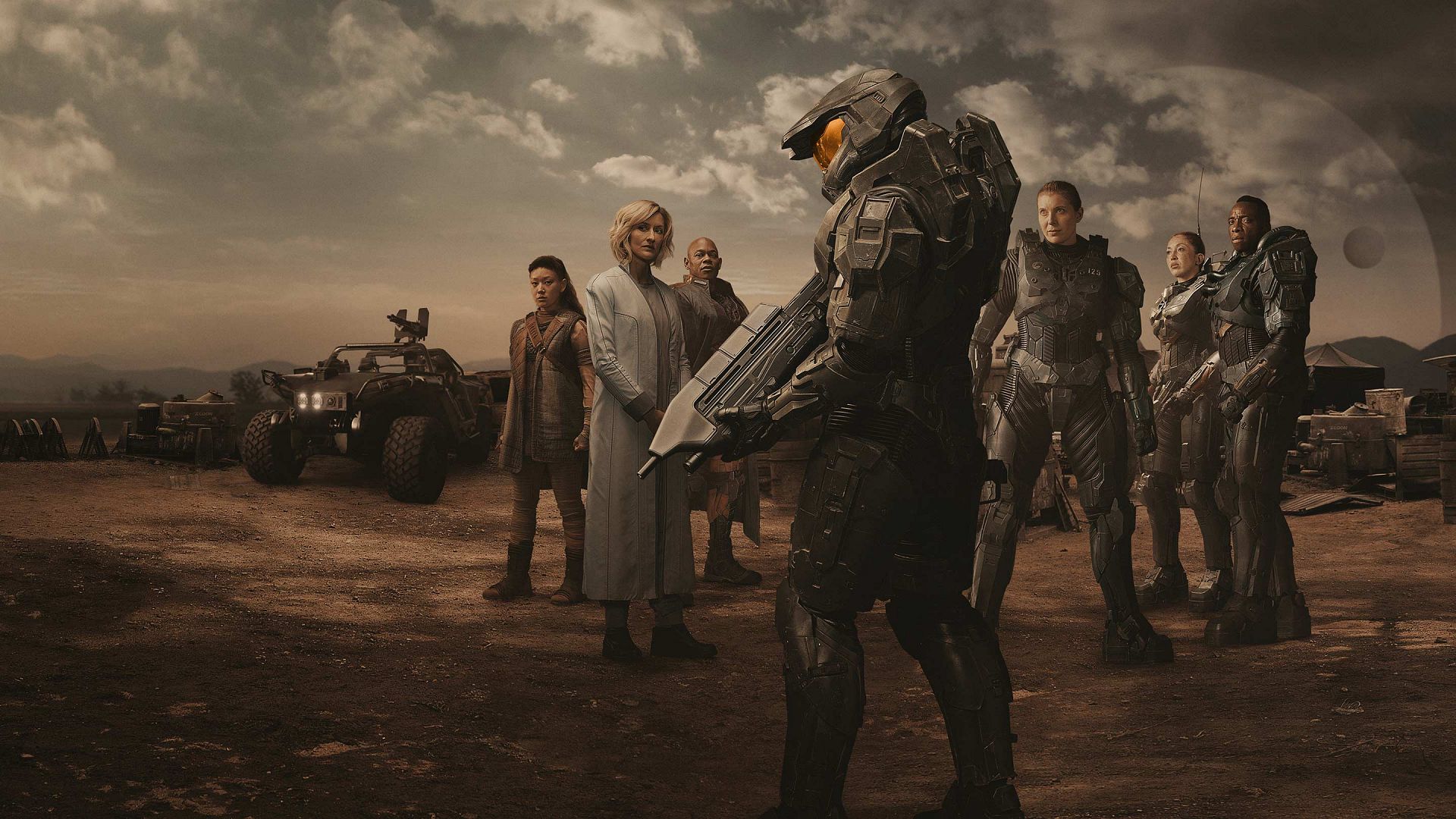 The mega video gaming franchise Halo has finally been adapted to motion picture, thanks to Paramount+.

Keeping true to to it’s legend and lore, Master Chief, Cortana, Spartan and more all feature in a SciFi battle against The Covenant.

Bringing fierce action, drama and political twisty-ness the series could easily be a standalone as much as it does honour the games.

Thanks to our mates at Paramount+ and TVNZ STG was exclusively invited to a Q&A session with the actors of Halo – the Series.

In our four part interview series we kick off a chat with actor Bokeem Woodbine. 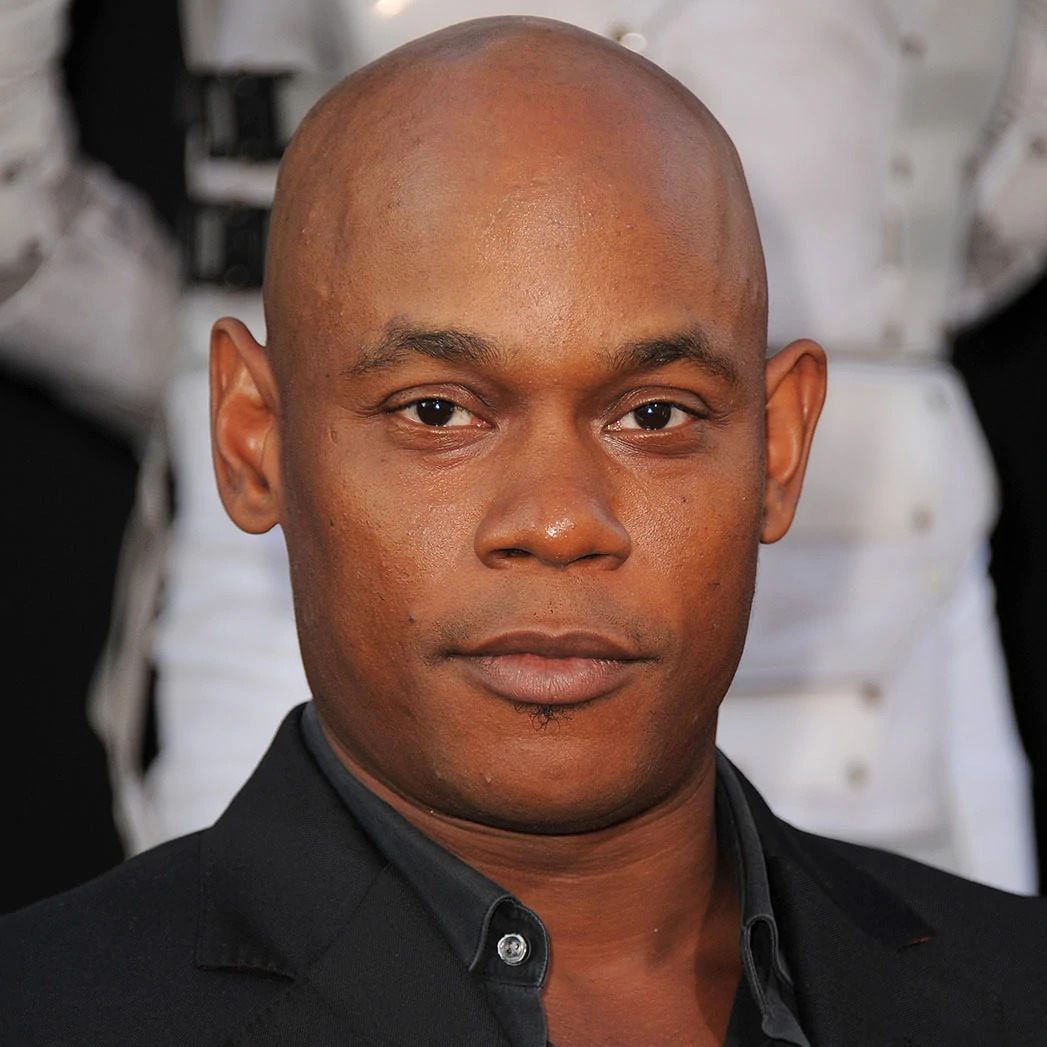 Q: Are you a fan of SciFi as a genre in terms of being a fan of the books and movies, is it a genre that you like to work in?

I just thought it was beyond my reach. 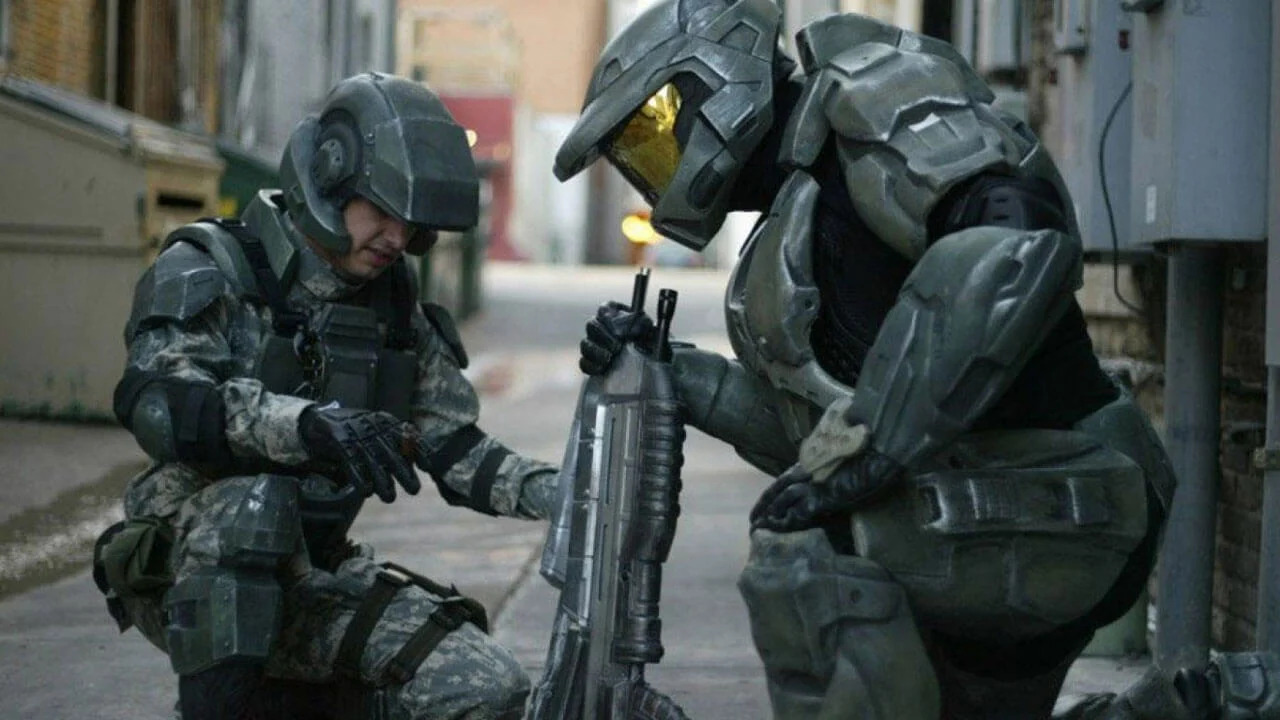 Q: How challenging was it to carry out your scenes and your movements? Can you tell me a little bit about that?

Bokeem: The costume was cumbersome, to say the least, but I had to achieve in that level of discomfort.

Cumbersome was something I had to work towards. Initially, it was almost impossible for me personally, to move efficiently with the armor of the costume, so I wore a weight vest for several weeks, probably just shy of a month.

I wore a weight vest every day for three to five hours. Just going about my normal routine.

We had really nice accommodations. We had a we had a kind of like a short stay facility or building if you will, we called it the ‘Halo house’.

And I would just walk around my apartment, which is fantastic. And, you know, I’d hang out with some of the other Spartans and actors portraying Spartans and what have you and I would have my weight vest on.

I’d wear it to set when I had to do rehearsals and stuff like that. So it never got easy, but it got possible. 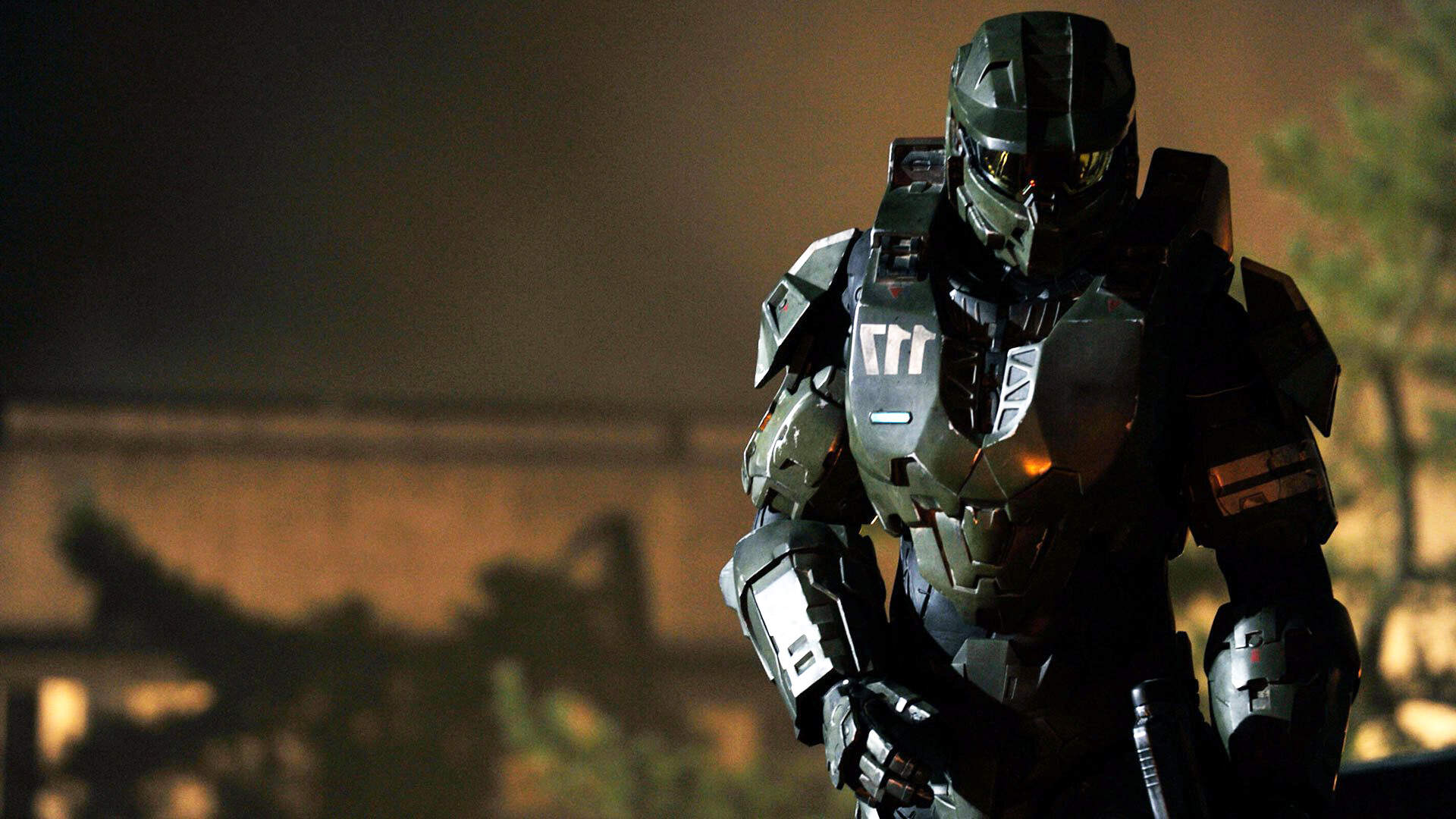 Q: Can you talk about creating the character chemistry and working with Pablo?

Bokeem: Pablo is a great guy. I haven’t known him long but he’s already like, you know, a close friend of mine. And he’s easy to get along with. We have a few things in common as far as our work ethic.

I think we’re both definitely invested in our performances.

So we had a really good time. Just, you know, enjoying the city of Budapest and blowing off steam and relaxing and, you know, talking about how we plan to put our best foot forward and give the show our best efforts.

He’s a good dude. I’m a decent cat. And we got along swell, I guess maybe that translated on screen. 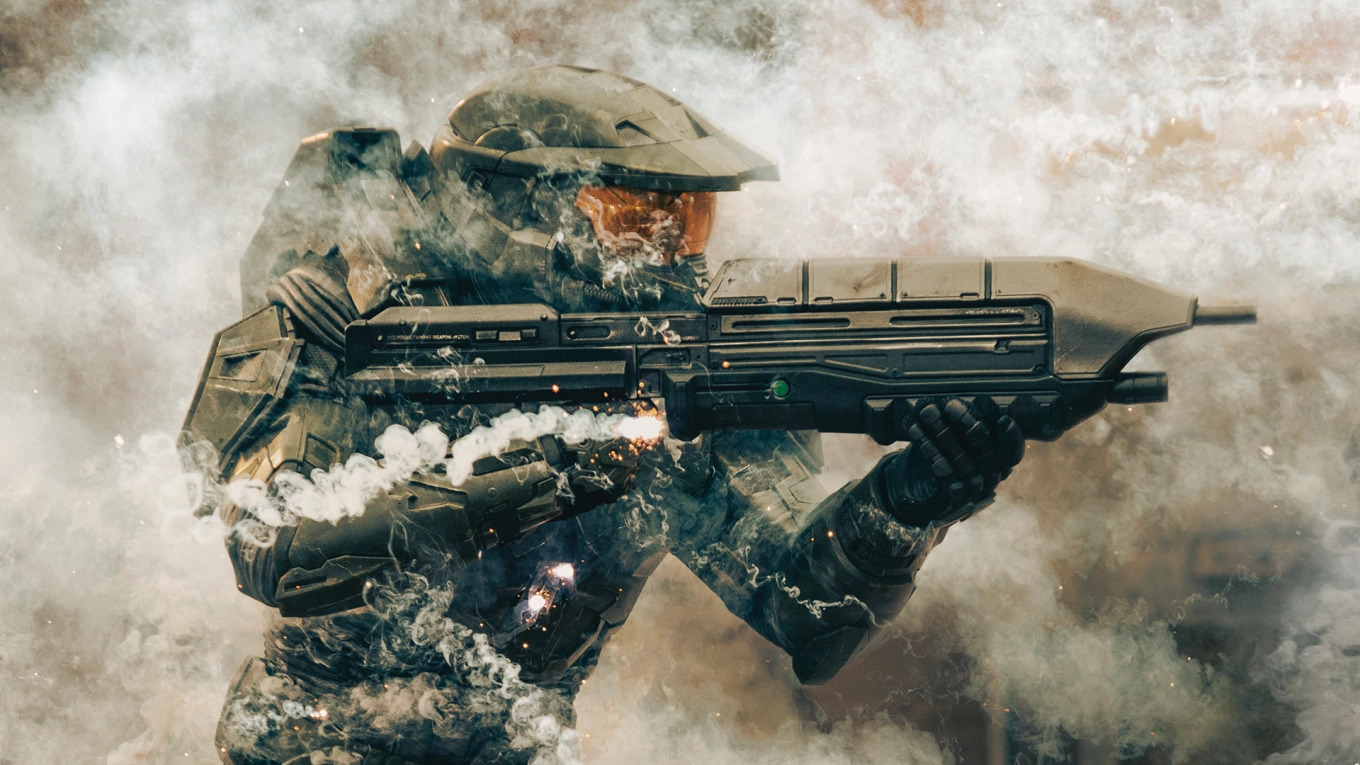 Q: How did you approach the personality and the psychology of your character?

Bokeem: You know, in the spirit of transparency, I played Soren as if it were me when I was 17, and I had a certain worldview, and a certain way of approaching life, a certain kind of perspective.

And so the whole time that I was working on that episode and subsequent episodes, whenever I would try to figure out a direction or how to access the truth of the moment, I would just try to imagine how would I feel in this moment, if I were the way I was at that time in my life?

Q: Had you played Halo (the video game) before you were approached to be in the Series?

Bokeem: My experience with Halo, as far as the game is concerned, revolved around watching other people play it.

When I was younger, I, you know, used to hang out with a lot of Halo heads. And I never really got into it. I would just kind of like hang out and watch them play and I guess I was the comic relief because they took it quite seriously.

I will just comment on the game. So I have that kind of proximity to familiarity. But beyond that, I never really played it. And how do I feel it about it? Was I nervous?

I didn’t really have any nerves about it, which is which is odd. I normally get nervous about stuff but you know, as far as approaching a role, but for this one for some reason, I didn’t I didn’t have any nerves. 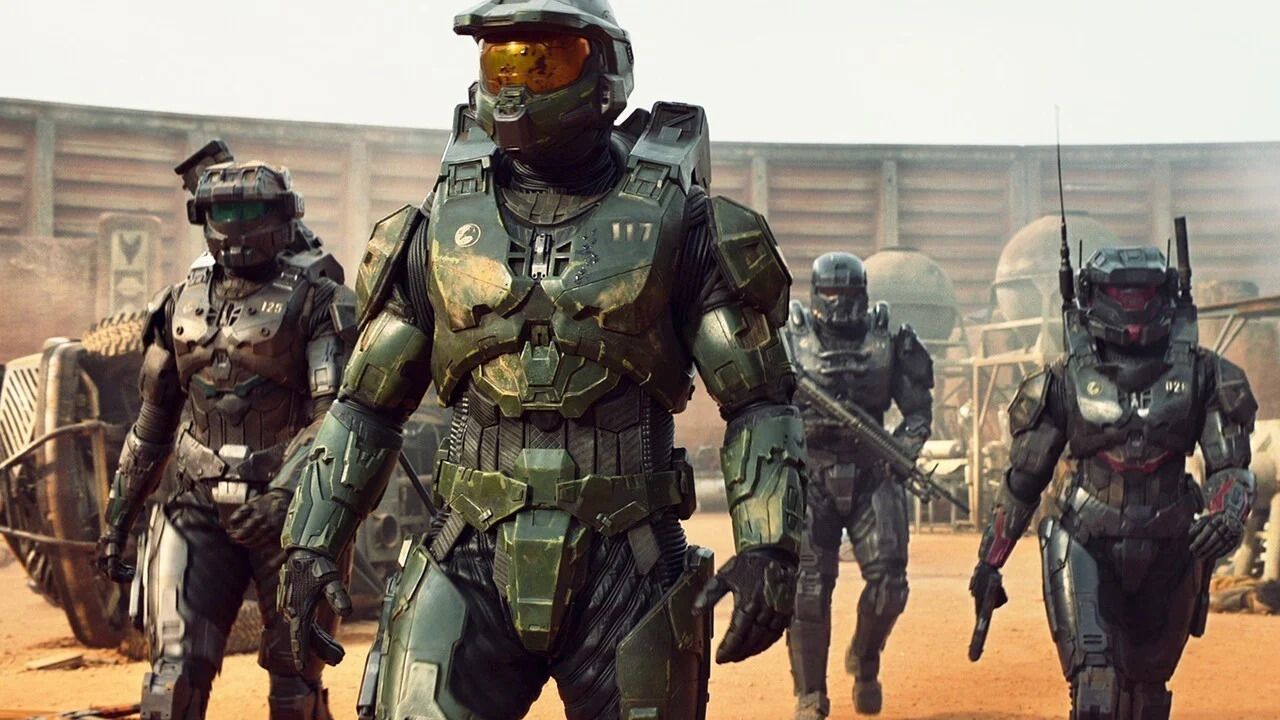 Q: Doing acting with a green screen background, what was it like?

Bokeem: You know, I’ve done it before a few times. So I had a little experience., but it’s never easy.

Because the natural inclination is to kind of go big. When you’re imagining something like if they say, you know, there’s a dinosaur right there. You know, a lot of times you would imagine that you’re supposed to accept that like that because there’s nothing really practical to reference.

But, the challenge is to really try to imagine what it is you’re seeing. And if you can maybe substitute it for something else, you know, in other words, if they say, okay, you know, there’s a scary monster there, but there is no scary monster maybe you can imagine your mother in law.

But, you know, substitutions can be helpful.

Halo the Series is streaming now on Paramount+ internationally and on Duke on TVNZ.