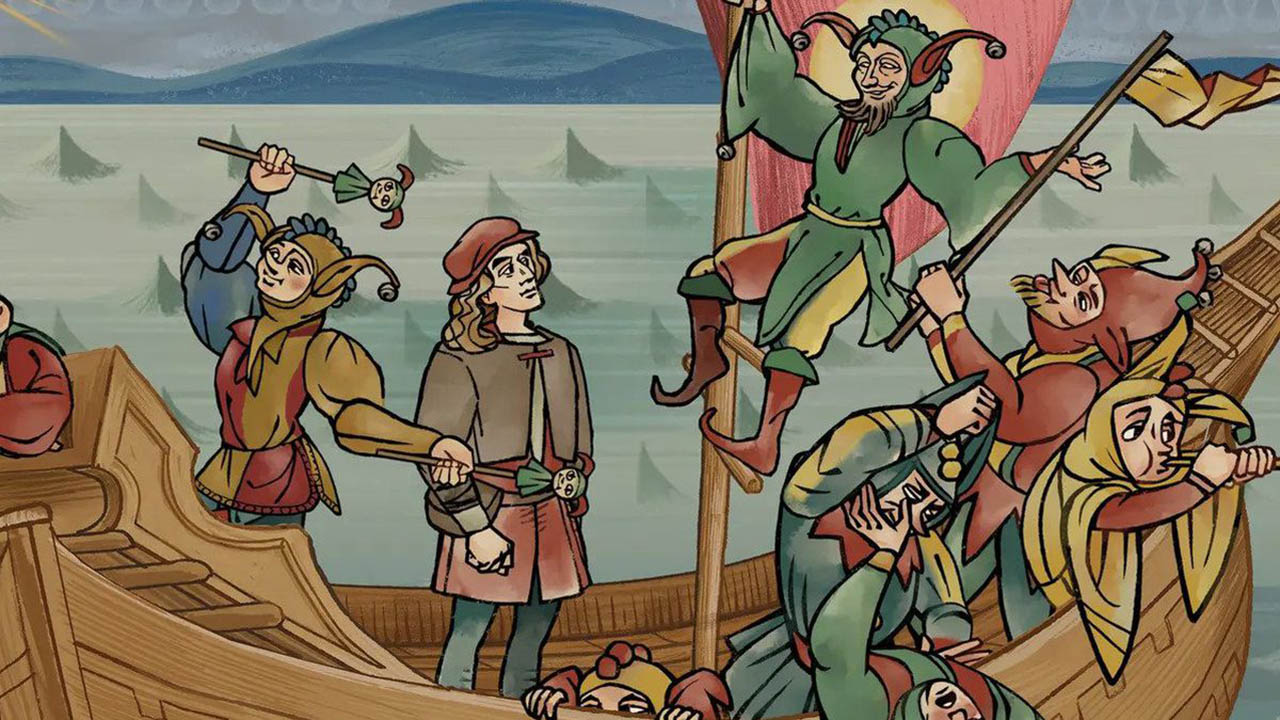 Pentiment is the strangest, most intelligent curveball of a game in 2022.

Who knew that a game that would delight church historian nerds would be Fallout: New Vegas developer Obsidian’s latest release, hot off the back of the 1.0 release of insect-sized survival sim Grounded.

This welcome strangeness of the game is immediate as the story sets itself up. You play as Andreas Maler, an artist working in a combined abbey-convent’s scriptorium, copying down text and illustrating books, set in early 16th century bavaria, during the dying days of hand-copied books, the rise of the printing press and the beginning of the Protestant Reformation. 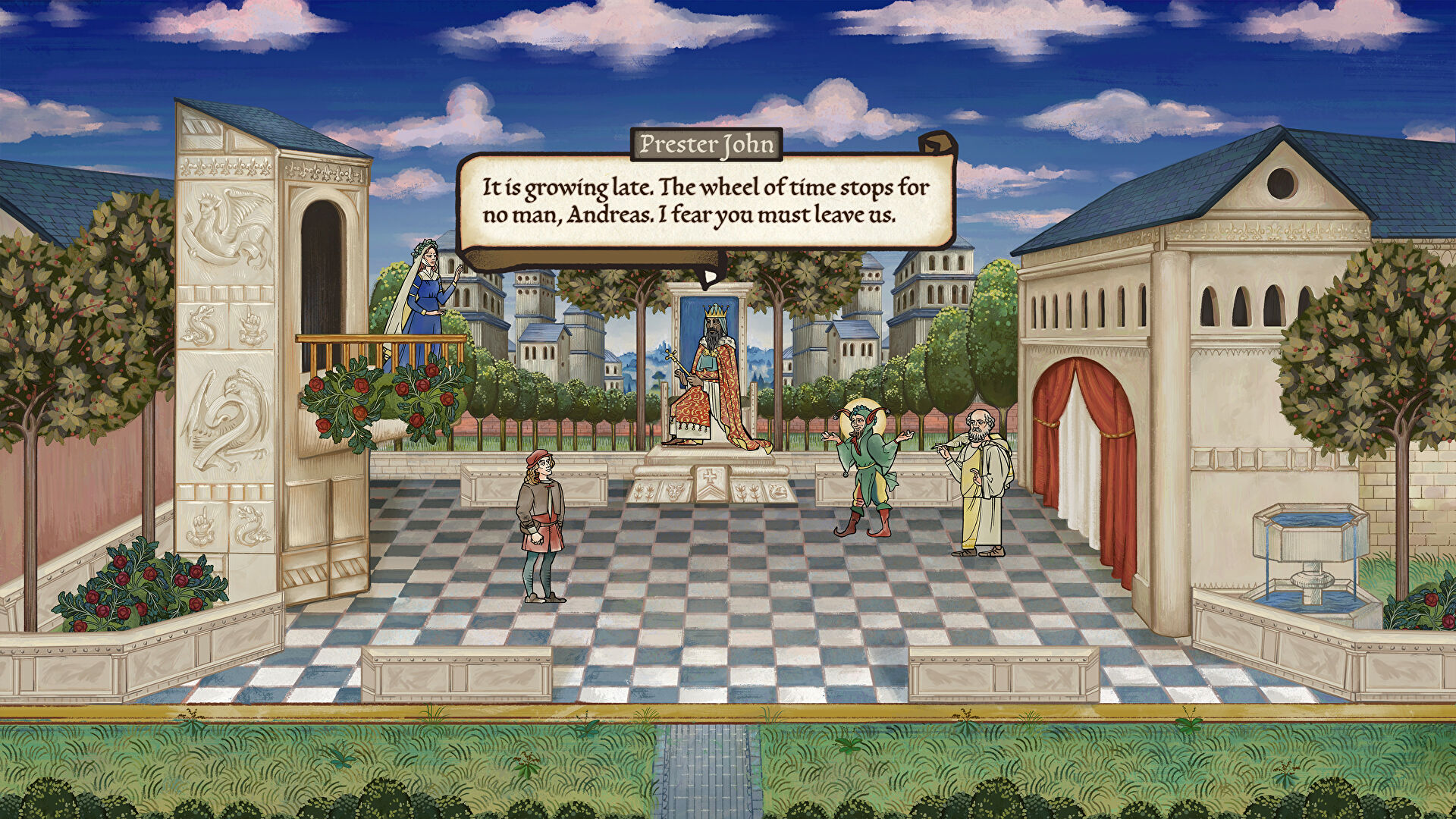 Pentiment’s visual style is a perfect match for this setting, with a 2D adventure-style presentation that looks like a mediaeval tapestry. It is all stunningly rendered, with extremely high quality art. I loved the superlative details such as the way each character’s text is drawn in speech bubbles with different fonts for each person’s class – worker, clergy, noble etc.

But what of the game itself?

Pentimenti is, at heart, a detective narrative adventure which asks you to slowly uncover the truth of a murder and what lies behind it over 25 years. While it is fairly linear, there are a wide range of dialogue choices that it presents to form alliances, make enemies and engage with other characters. I, for example, chose my Andreas as someone who had spent time in Florence, was taught law and who was a logician. 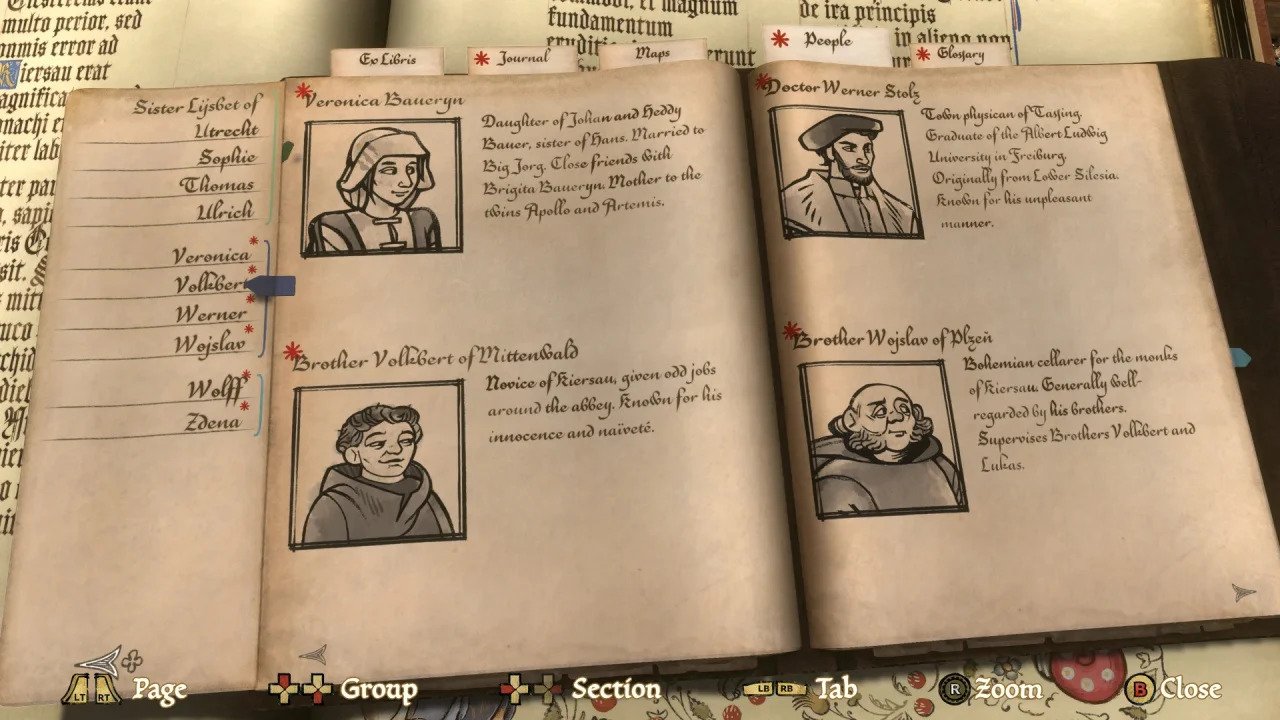 This, much like Fallout to be honest, gave me some unique dialogue choices. That said, you may not want to use those choices. Taking clear inspiration from seminal masterpiece Disco Elysium, sometimes the best choice is not to say anything, or to say something opposite of what your chosen background may give you cause to say. You will have to use emotional intelligence and wits to keep people onside. Characters have their own complex views and motivations, and deftly navigating these over the course of each day is key to getting close to your ultimate goal.

Behind all of this is a world that is richly detailed, not only in it’s visual presentation, but in the depth of the individual character’s writing and the description of the upheaval they are living through. The game’s writers have truly set a game in a specific time period, where people think and speak as they would have. The writing demonstrates how surface-level many video game, book and screen characters are written and directed, with little actual connection to the setting or time they are supposedly living in. 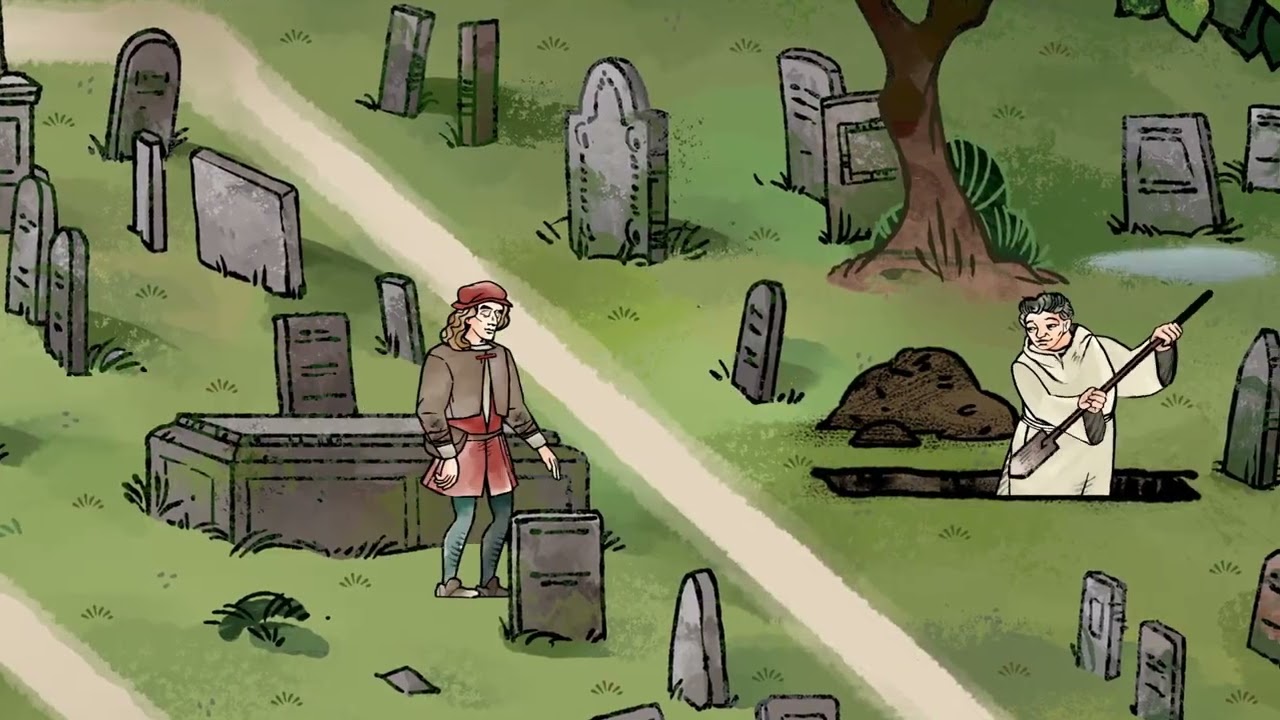 In Pentiment, each character’s struggles, conflicts and attitudes are grounded in the early 1500s, with its class divides, religious convictions and struggles, and upcoming economic and information revolutions.

Characters will use phrases of the day and expect you to look up what it means (achieved through hyperlinks that take you to an artful glossary) rather than leaving these phrases out for readability. It’s the type of game that can only be developed with either being an indie with nothing to lose, or being backed by one of the world’s richest companies, the latter clearly being the case here for Microsoft-owned Obsidian.

Honestly, it is a wonder that Pentiment ever got made. It is so much a labour of passion, an expression of a clear, defined interest that is refreshing in the times of the huge, sprawling AAA open world release. A game carefully honed to make money it is not. 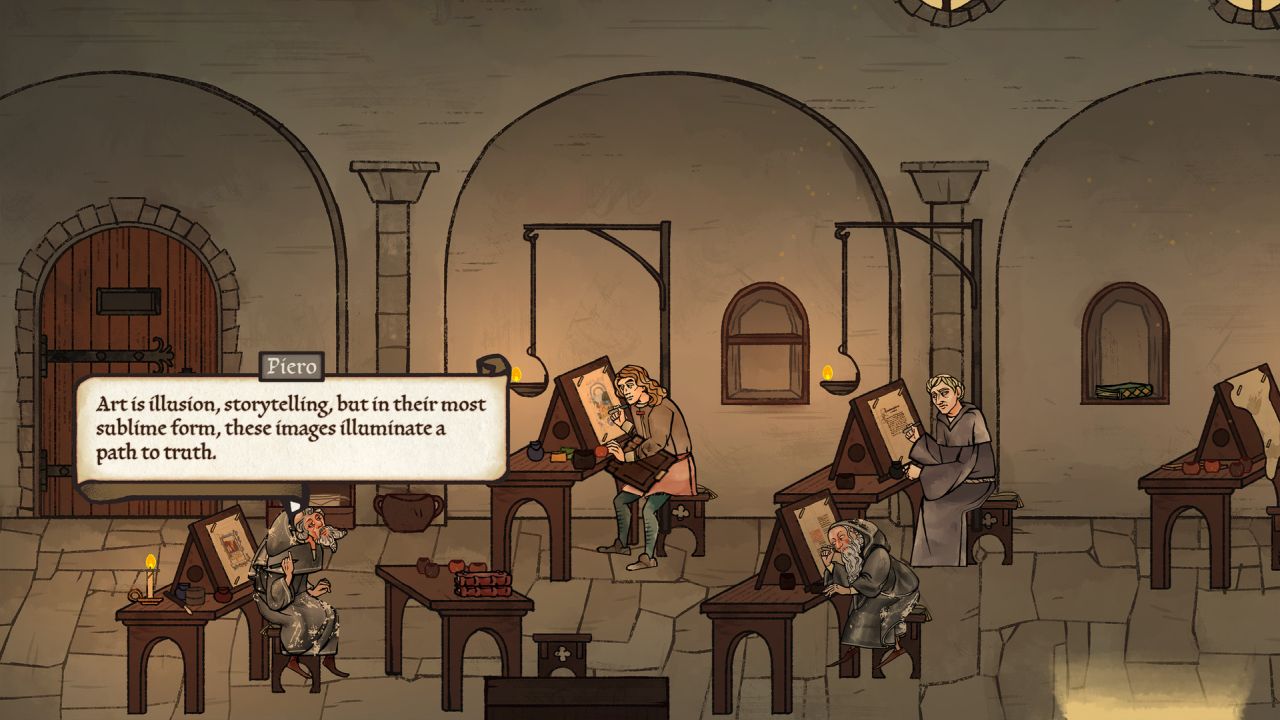 I love that Microsoft has given Obsidian the scope to work on this project, and if this is a harbinger of how their latest round of studio acquisitions will work out, then it is a very encouraging sign of a maturity in the relationship between developer and corporate owner. Here’s to many more Pentiment-sized titles from all of the Microsoft Game Studios family.

A final shout out to the audio design too, which is excellent. There are few “tracks”, but the foley work is incredibly rich and detailed. The world of the 16th Century Holy Roman Empire too, is unique in video games, and shows that even in a game set in Europe, there is a huge scope to explore complex settings that have not yet been featured previously – A Plague Tale: Requiem being another recent standout late mediaeval title.

Some might say that Pentiment is niche, but I think that is doing a disservice to it. Sure, it won’t be for everyone – a visual novel style detective adventure game will never be – but the strength of the characters, writing and presentation make this game worth a look in for a wider audience than you might expect. And hey, you might even learn a thing or too.

Pentiment is available now on Xbox One and Xbox Series consoles, and PC on Xbox Game Pass or on Steam. 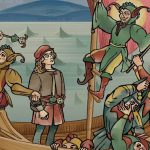